Not that Miami is ever longing for a reason to party, but certain weekends of the year bring crowds and crazy celebrations of a completely different scale. The warm winter weather and ample hotel space make it a top destination for festivals during the colder months. Whether it’s eating food from celebrity chefs on the sand, touring some of the most impressive yachts on the water, or dancing until 5:00 AM to the world’s most famous DJs, Miami has destination-worthy events all year long. Here’s a look at ones to mark on your calendar. 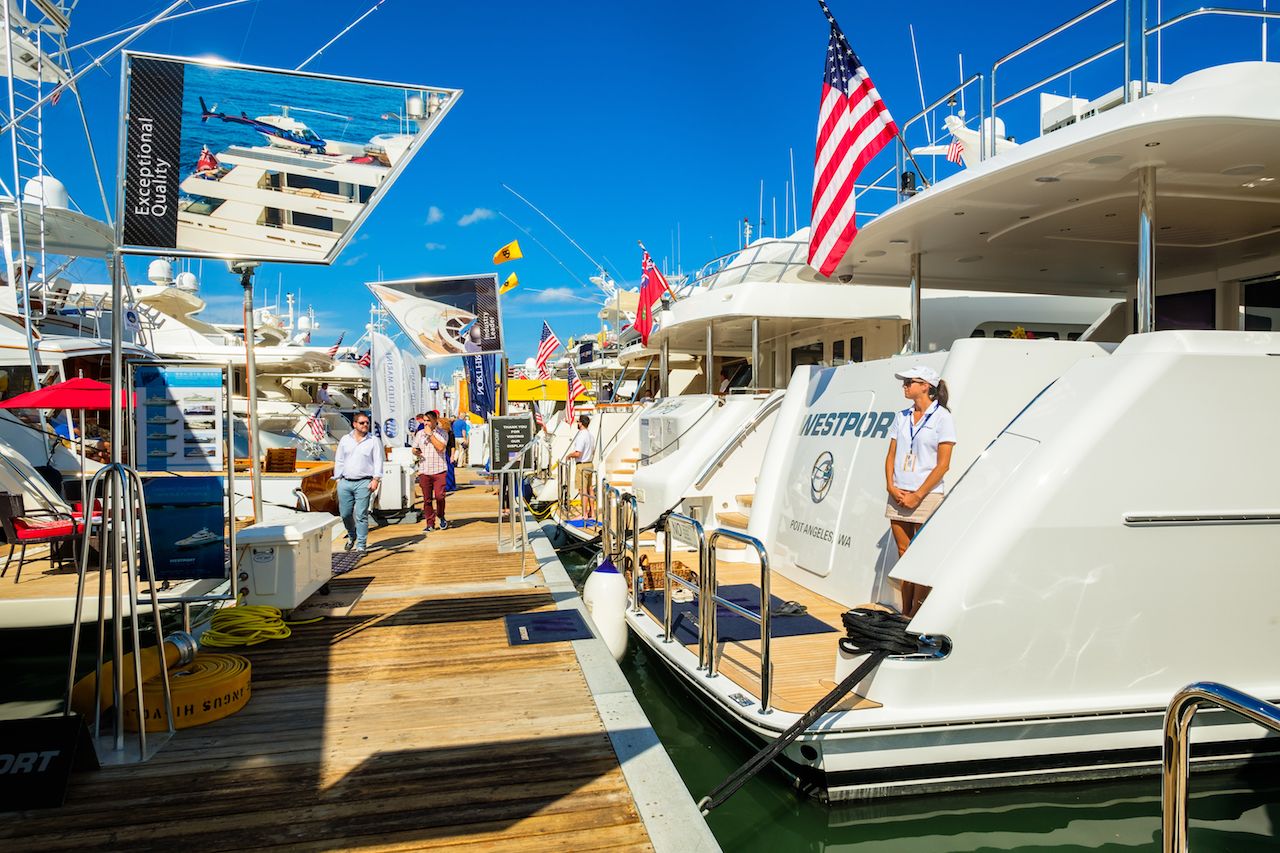 Miami International Boat Show — It doesn’t matter if you can afford a boat or not; this is Miami, you can pretend like you can. At the Miami International Boat Show, stroll around the scenic Miami Marine Stadium on Key Biscayne and hobnob with actual yachtsmen, gawking at over 1,300 boats on land and in the water. Even if you don’t know a porthole from port wine, the weekend is still choc-full of epic parties full of seafaring rich people who are more than happy to keep the expensive Champagne flowing. Of all Miami’s mega events, this one has the biggest economic impact, drawing more money than the Super Bowl.

When: Second weekend of February

Coconut Grove Art Festival — This Coconut Grove street fair is the longest continuously running festival in Miami, going strong since 1963. At this annual event, you can stroll Bayshore Drive perusing the creations of literally hundreds of local artisans, ranging from painting to woodworking to photography. Not only is this Miami’s best showcase of local artists, but it also includes food demonstrations from the city’s best chefs, live music, and kids events.

When: Second weekend in February 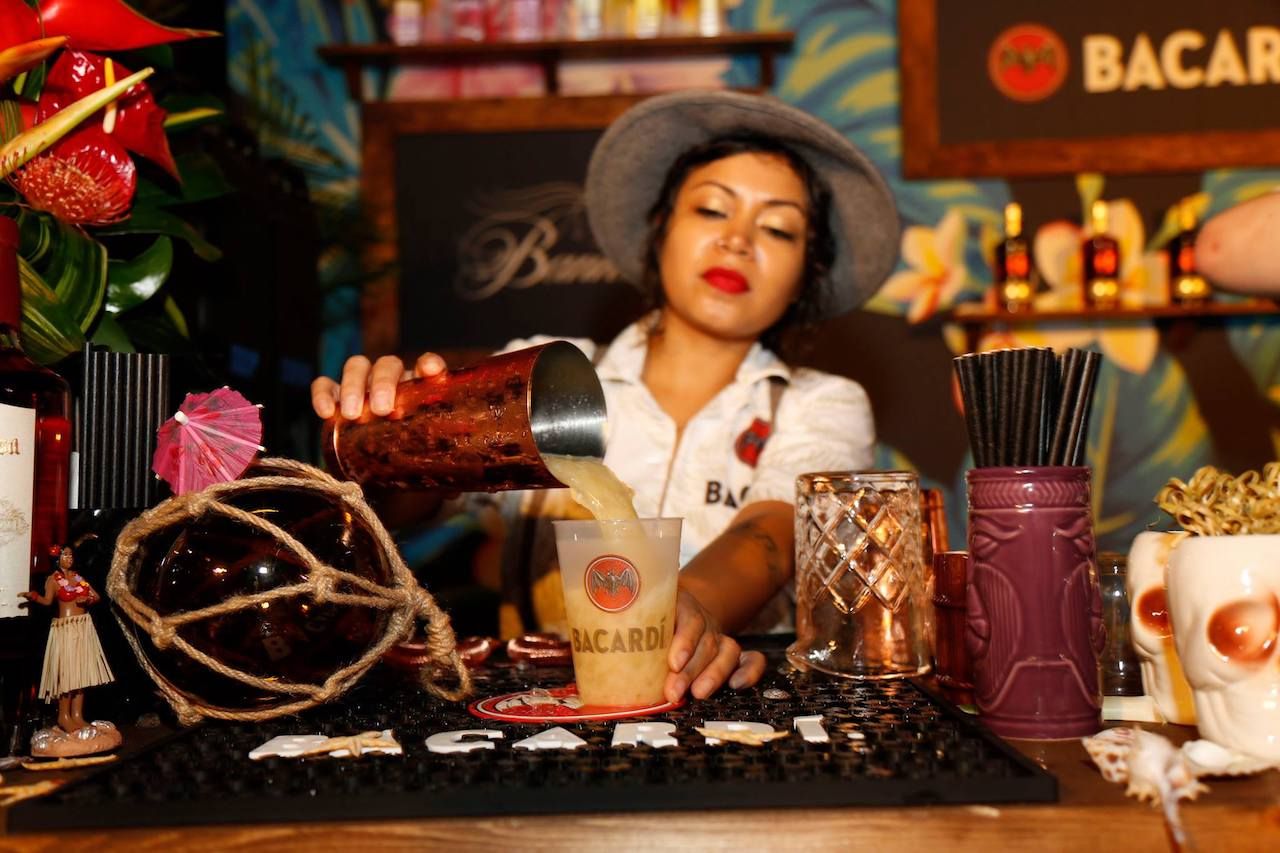 South Beach Wine and Food Festival — The South Beach Wine and Food Festival welcomes celebrity chefs from all over the world, competing in events like the Amstel Light Burger Bash, Tacos After Dark, the Best Thing I Ever Ate, and a grand tasting village with samples from literally hundreds of restaurants. There are also private dinners where famous chefs cook multi-course extravaganzas for small groups, wine seminars, and plenty of exclusive after-parties. It’s the one time of year Miamians don’t really count calories; we’ve got the rest of the year to eat kale.

When: Third weekend of February

III Points — What started as a little festival for local bands, III Points has turned into one of the biggest independent music festivals in the southeast, taking over Miami’s Wynwood neighborhood for three days in February. The dates aren’t consistent, but it generally runs during early spring. Headliners for 2019 include Tyler The Creator, Erykah Badu, and A$AP Rocky, but the festival will also feature over 50 other indie acts showcasing new music from all over the world.

When: Second or third weekend of February 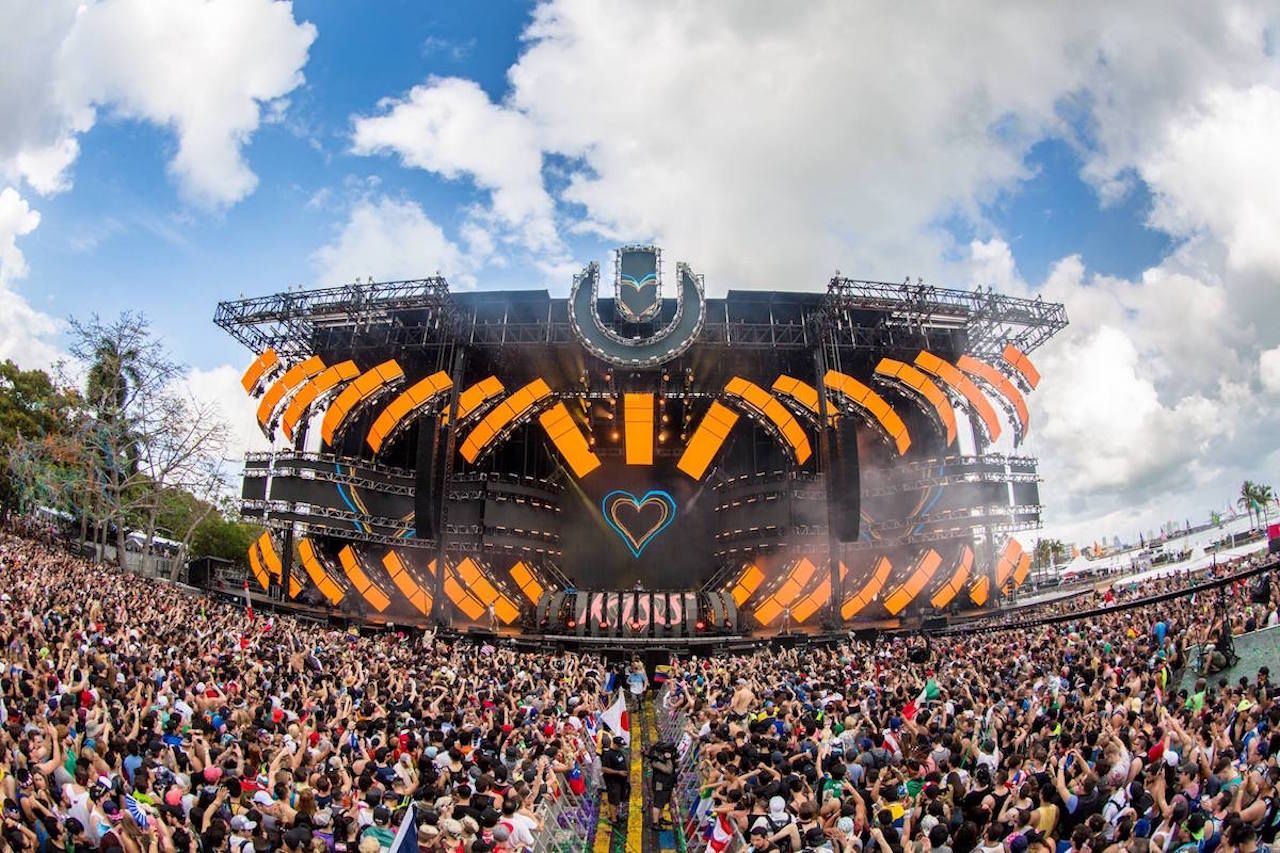 Miami Music Week — Many people know this week by its culminating event, the original Ultra Music Festival in downtown Miami. What few people know is that Ultra was originally staged as a festival surrounding the Winter Music Conference, during which every big-name DJ in the world descended on South Beach to perform in clubs, retail stores, small lounges, and bars. During the week, you’ll sometimes stumble upon Armin Van Buuren playing a set at an Italian restaurant or Afrojack playing a shoe store. It’s a chance to see the biggest names in the genre play in intimate venues. And even though Ultra is looking for a new home after Bayfront Park kicked it out this year, it’s still one of the most exciting weeks of the year.

When: Last week of March

Calle Ocho Festival — You can pretty much immerse yourself in Latin American culture on any trip to Miami, but to see what Miami Hispanic culture truly is in 2019, spend the day at the Calle Ocho Festival in Little Havana. This is when historic SW 8th Street shuts down and fills with live bands, food tents, and Cuban sandwich-eating contests. The 20-block festival, also known as Carnival Miami, is the largest Hispanic festival in America, and though you may not know any of the acts on Calle Ocho’s 12 stages, you’ll still feel like you’re dropped in another country without leaving the US.

When: Second Sunday in March 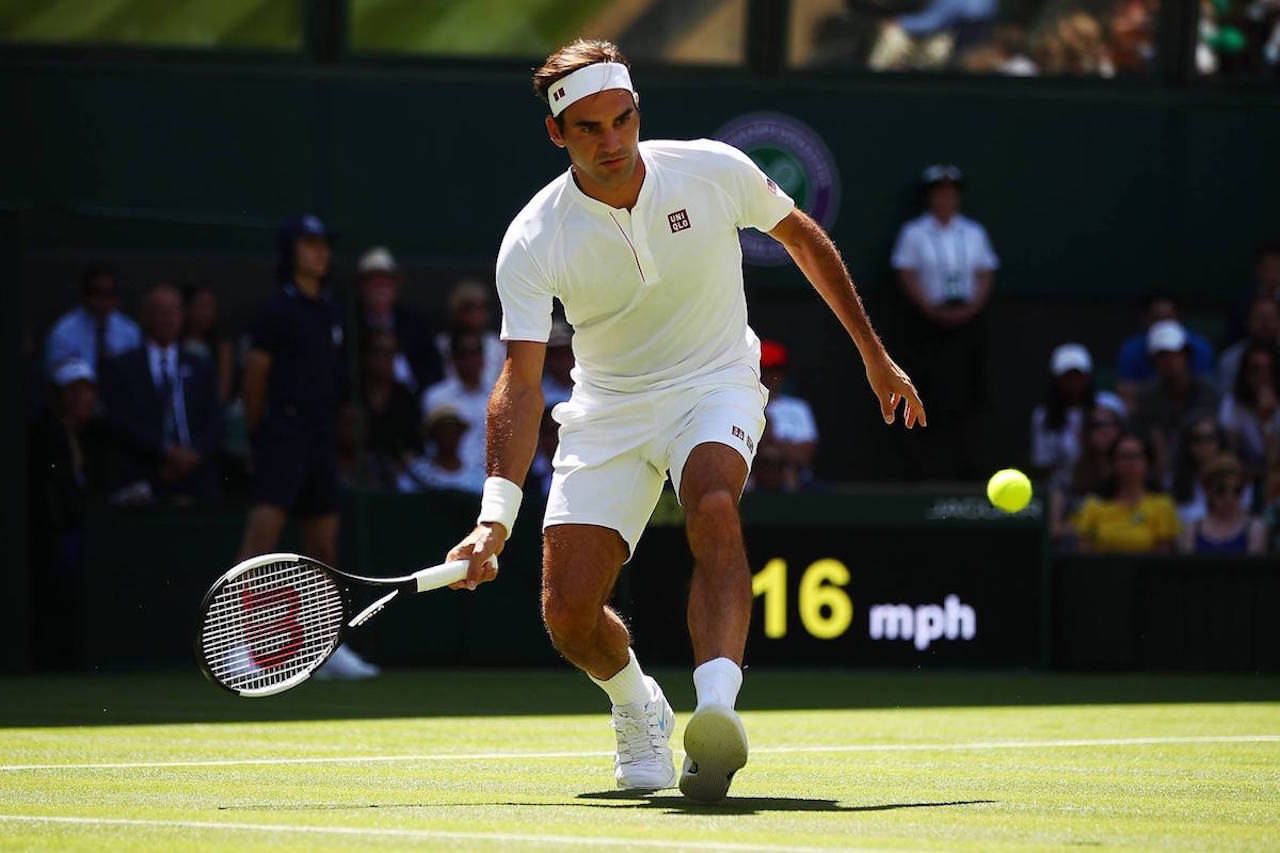 Miami Open — Though it goes back and forth with Indian Wells as the largest professional tennis tournament outside the Grand Slams, the Miami Open draws the biggest names in the sport for two weeks of luxury, sports, and, of course, parties. Not only will you be able to see names like Federer, Nadal, and Williams up close on some of the outer courts, but they also typically host parties and charity clinics throughout the event where stars are surprisingly accessible. This year, the tournament moves from scenic Key Biscayne to Hard Rock Stadium in Miami Gardens. Which should alleviate some of the traffic and parking issues but won’t be nearly as pretty.

Miami Spice — Miami’s dining scene has exploded over the past 15 years, and prices at restaurants have exploded right along with it. So while visiting Miami in-season might find you dropping $200 on dinner at some of Miami’s finer restaurants, the months of August and September are the best time to come if you want to eat. That’s when nearly 200 of the city’s best spots participate in Miami Spice, where prix-fixe menus go for $39.95 at places that normally charge that for an entrée. Meaning you can eat your way through Miami without going into debt.

When: August and September 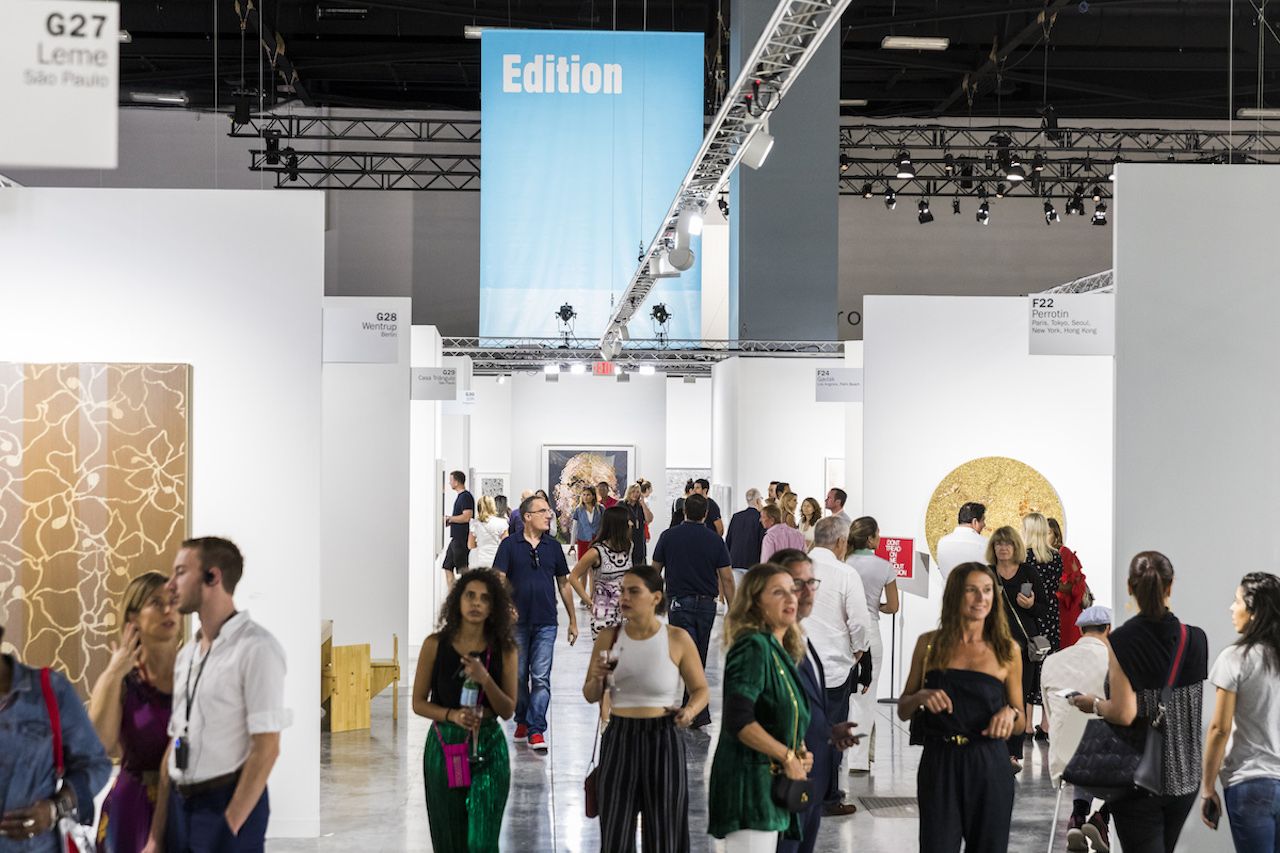 Art Basel — Art Basel is about art as much as Super Bowl Sunday is about a football game. Yes, there is a humongous art fair at the Miami Beach Convention Center where artists, dealers, and collectors converge to make six-and-seven figure transactions. They account for about one percent of the people who come to town for Art Basel, a full weekend of high society parties, jam-packed clubs, and trippy art installations all over the city. It’s a great weekend to see some of the best art in the world or to just see how many parties you can get on the list for.

When: First weekend in December

SEED Food and Wine Festival — If the South Beach Wine and Food Festival sounds a little too artery-clogging, try SEED Food and Wine Festival, which USA Today named one of the top five wine festivals in the country. In addition to offering the largest selection of vegan wine of any festival in the country, it also has events like a plant-based burger battle, fashion shows, and a grand tasting featuring celebrity chefs slinging plant-based food. It might not have the big festival hype of SOBEWFF, but it’s cheaper, more accessible, and most importantly better for you.

When: Second weekend in November