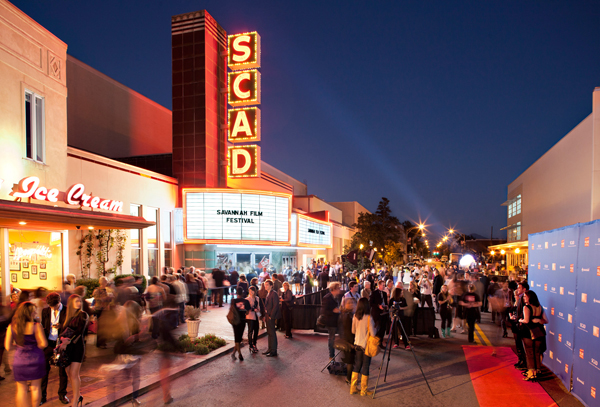 While many travelers are heading to Savannah at the end of October to experience the most haunted city in America, films buffs are coming to town to take part in what’s becoming one of the biggest film festivals on the east coast.

I TOO, WAS ORIGINALLY in Savannah, Georgia to partake in the Halloween madness, but with all the hype and some of my favorite movie stars in town, I wasn’t going to pass up the Savannah Film Festival.

Put on annually by the Savannah College of Art and Design (SCAD), the Savannah Film Festival opens at the height of the tourist season. If you’re lucky like I was, you’ll be able to mix movies with haunted tours like the one I went on with tour guide Robert Edgerly that incorporated spooky tidbits, history and interesting stories (including one about the inn where I was staying). 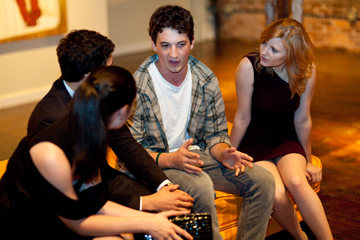 The festival is not your typical night at the movies where you wander up to the box office in rumpled clothes ten minutes late to avoid the previews. I wore a pair of dressy jeans and a white button down shirt, and with the exception of the hipster students, was one of the few wearing jeans. Although for some shows you can find a last minute ticket, most screenings (especially the headlining evening films) require tickets weeks in advance.

I went to one of the early screenings, Rabbit Hole, which comes out in mid-December and features Aaron Eckhart and Nicole Kidman. It was sold out, but I was able to snag a pair of press passes. Compared to other screenings I’ve been to, this was one of the best.

Features include an introduction, and some start with an award presentation, as was the case with Rabbit Hole which won the Discovery Award, given to a new up-and-coming actor (in this case Miles Teller). Other winners later in the week included Liam Neeson and Ian MacKellen.

In addition to evening screenings, SCAD puts on multiple events throughout the mornings and afternoons. Some of these require tickets, while others are free and open to the public. One of the main events this year was a panel discussion by the editors of the hit TV show Lost. As a Lost fanboy, this was of huge interest to me, although as luck would have it, I had to leave the morning before. Other workshops and panels are hands-on events put on by sponsors, such as Adobe and Kodak. 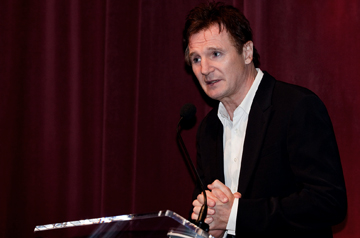 Located in Savannah’s beautiful historic downtown, the cobblestone and brick streets, noteworthy architecture, and riverfront add atmosphere for the cinematic crowd. Most of the films and adjunct events take place at the Trustees and Lucas Theatres, within a block from one another. Located in the busy Broughton Street area, there are several fine dining restaurants and wine bars nearby, so guests can make a nice evening of it.

Since this is one of the busiest seasons in Savannah, you’ll want to start planning and booking your trip weeks in advance. Although lodging and eating can be expensive in Savannah, this isn’t the case with the film festival itself. Evening screenings are typically $10, while morning and afternoon panels and screenings are $5 or $3 for military, students, and seniors.

More movies? How about The 20 Most Memorable Travel Films (That Aren’t Really About Travel)?

Or if you want to stage a movie marathon at home without feeling like you’re wasting your time, have a look at 25 Movies to Remind You What’s Important in Life.

Tagged
Travel Savannah, GA, United States
What did you think of this story?
Meh
Good
Awesome

14 ways to humiliate yourself in Savannah

28 signs you learned to drink in Savannah

10 side effects of living in Savannah

On having offended God in Savannah, GA