THERE’S A BANALITY TO YEAR END BEST-OF’S. What constitutes “best?” Is it page-views? Engagement? Innovation?

And at the same time it’s natural to want to look back upstream at the end of the year. To try to understand why this one felt especially pivotal. To recognize how much changes as we keep circling time.

Going back through the archives over the holidays, what struck me as always were the decisive moments. The stories that seemed to well up from or describe these points in the author’s life. Or they were stories about decisive points in the year itself. Or conversely, those pieces which reflected a culmination of years of experience travelling, writing, taking pictures.

Please enjoy going back through these moments, and from all of us at Matador: Happy New Year, and here’s to a healthy 2013.

Infographic: Why the movie industry is so wrong about SOPA

Early in January 2012 Michelle Schusterman researched data and worked with Anne Rhodes to produce this infographic which was widely circulated around the internet and viewed over 70,000 times. Matador later participated in the internet blackout protesting SOPA and PIPA.

How to quit your job and travel the world

Less about actual steps for leaving than meditating on the process of taking control of your life, this manifesto by Josh Heller is at turns hilarious and poignant, especially when we finally confront the boss:

“You’re quitting to go on vacation?”

You want to tell him this isn’t vacation, this is a monumental moment in your life, but you just nod your head and smile.

Open letter to your boss when quitting work to go travel

Several months later, Tereza Jarnikova followed up with a speculative “letter” to handle the same situation. She nailed the portrait of exasperation in an office culture where you one day realize, “I really, really don’t want my life to get to the point where I get so excited at the prospect of buying a cardigan on sale at Target for $11.99 that I can sustain a conversation about it for 15 minutes.”

A self-involved essay on money, fear, and happiness in America

Picking up where Josh and Tereza left off, Amy Benson’s essay on fear and happiness in America confronted the choices we make as travelers and how our worldviews are forever impacted after spending extended time abroad. 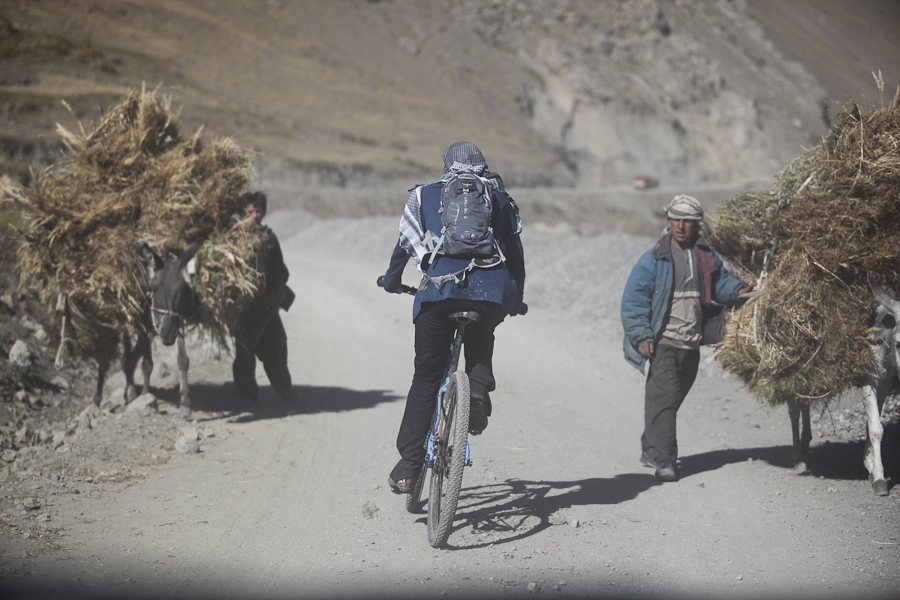 One of the most exciting parts of our progression this year was the development of Matador Ambassadors, leading photographers, journalists, musicians, artists, and educators whose work intersects place and travel culture.

Shannon Galpin was one of our first Ambassadors, and was later named one of National Geographic’s Adventurers of the Year for her effort to bring women’s rights to Afghanistan. In this photoessay, Shannon documents her journey as the first woman to ride a bike through the region.

6 lies and a truth about Belarus

6 lies and a truth about Belarus by Fullbright scholar Sonya Bilocerkowycz was a stark and transparent narrative juxtaposing various scenes and observations on the country and culture. It became a polemic, provoking an unauthorized translation which appropriated and politicized the author’s words. Eventually we followed up with a piece on the Fallout of transparent travel writing.

The Valparaíso no one writes about

Similarly, Eileen Smith’s portrait of Valparaíso confronted the disjunction between how we experience place and how we tend to write about it. “We get a fair number of travel writers way down here in Chile,” she wrote, “writing about my neighborhood, my city, my (borrowed) country, often in ways that I don’t recognize.” 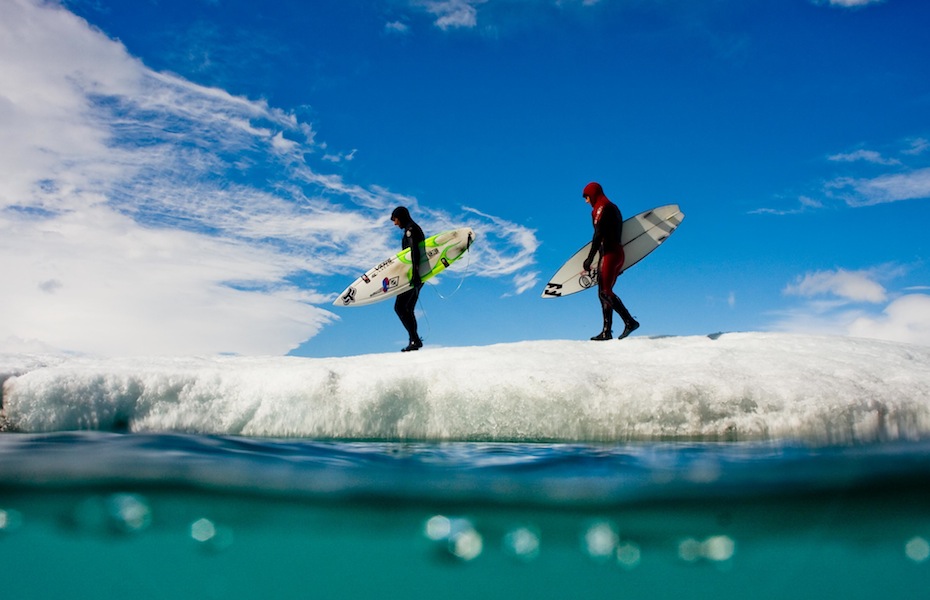 Matador Ambassador and photographer Chris Burkard’s travel missions and imagery were among the most inspiring things we saw all year, giving us views into places–in this case some of the coldest waves on earth–that seems almost otherworldly.

Meanwhile, Scott Sporleder, Matador Productions head and Director of the MatadorU filmmaking program, published a truly inspiring collection of images — as well as the story of how he began shooting — deep inside of waves. The collection represented 6 years of work, and as Scott said, “many a cold morning by myself out in the water hunting these barrels.” 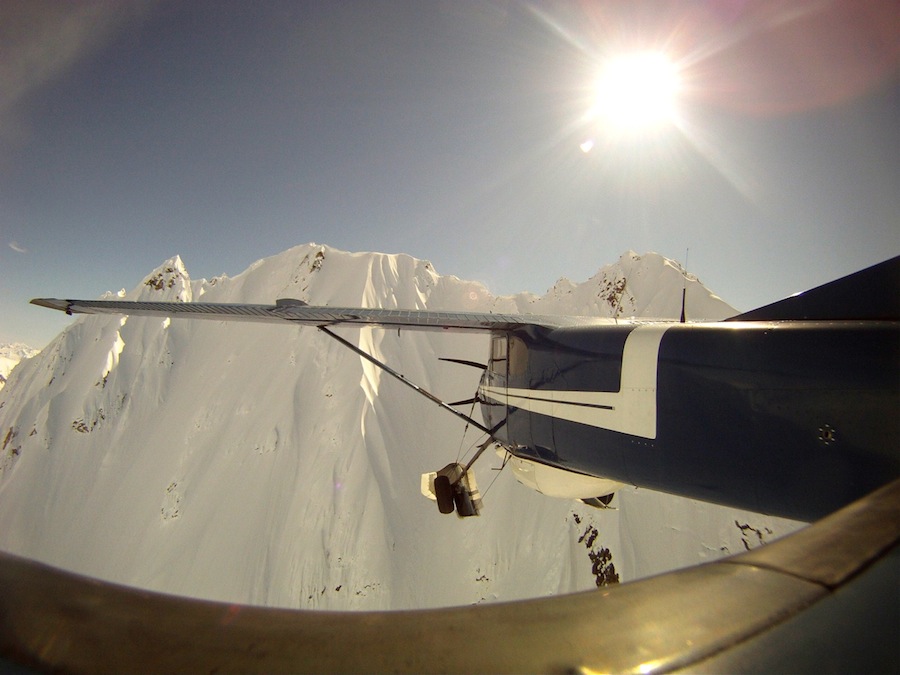 Matador Ambassador Drew Tabke’s photoessaay on the Alaskan backcountry captured the distances, narrative, and backstory of his journey in an incredibly compact and effective way, notable in its usage of “narrative captions.”

How to piss off a Zimbabwean

Every one of our social commentary pieces structured as “How to piss off a ____” generates strong engagement / discussion, however Dikson’s piece was particularly strong in spotlighting people’s stereotypical worldviews and ignorance.

Travel advice for Obama on his visit to Myanmar and Cambodia

Perhaps aiming at a similar goal but with a much different approach, Tim Patterson’s “travel advice” to Obama on his recent trip to Myanmar and Cambodia was a reminder of how even brutal events in living memory fly over the heads of most people, and that travel is perhaps our most powerful opportunity to (re)learn and recognize important stories.

55 truths about the South

Noah Pelletier’s 55 truths about the South was one of the most unique pieces we published all year, a kind of hybrid social commentary, local history, and narrative all composed of simple declarations.

How to get laid in Wells, Nevada 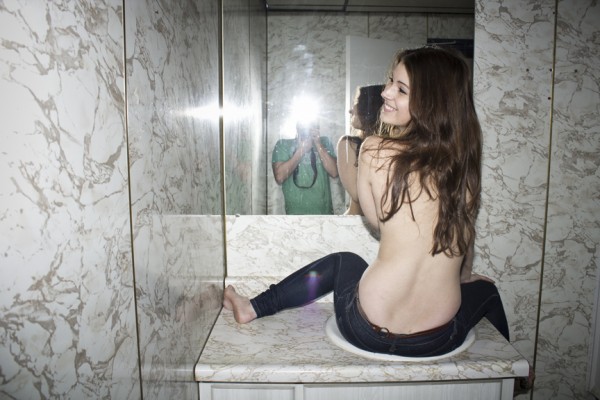 In 2011 we began publishing a series of travel pieces based around relationships on the road. None seemed quite as cinematic and yet real, disturbingly random, as Daniel Britt’s episode in Wells, Nevada, which included a bunch of original photographs reenacting some of the scenes. Just check the opening graf:

I made friends at the great American orphanage that is Wells, Nevada, by lending out my gasoline can and my sleeping foam for charcoal and cigarettes. Most of those people, save Kevin and Martin, I never saw again. The chilly permanence of a goodbye never sinks in when you’re in a hurry, stuffing the trunk with your filthy Navajo blankets and water jugs.

Mary Sojourner’s tight narrative Slow dealt with the dynamic of relationships on a micro scale, and how it’s sometimes the shortest journeys, the passage of seconds in the bottom of a canyon, which define who we are.

6 portraits of why we travel 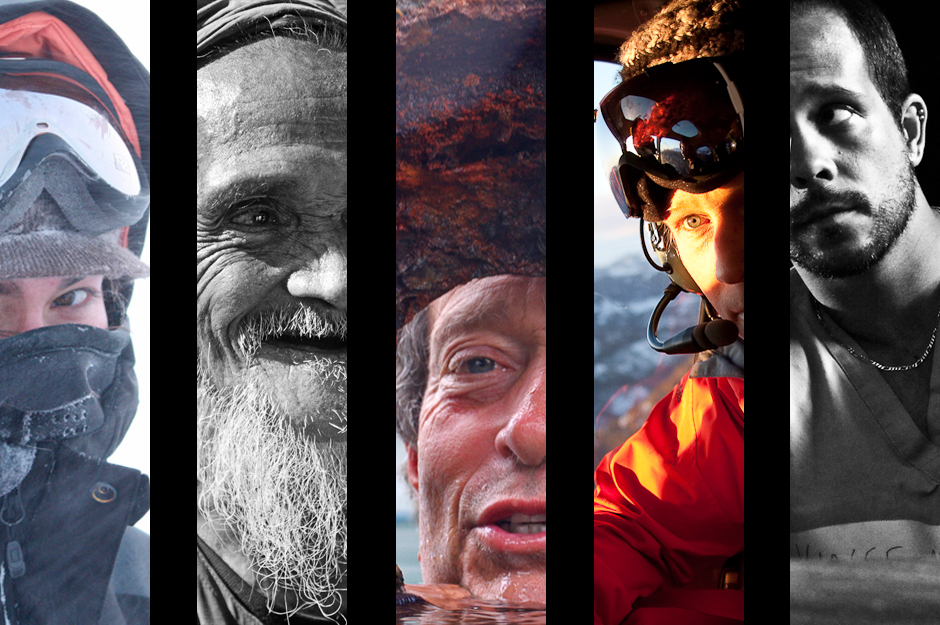 Matador Ambassador team manager Cody Forest Doucette put together this intense collage of images and stories which brings back to earth when talking about travel, in that what we’re really after isn’t to “Lose yourself. Find yourself. Experience the unfamiliar. Open eyes and minds. Shit like that…” but just meeting people.

An open letter to my family after moving to Israel

Emily Arent’s letter to her family was a powerful reminder that while languages and landscapes and cultures and details–including government issued gas masks–may change, the root fears and concerns and challenges we have communicating with our families are universal.

I cannot love even one country

As with nearly all of Robert Hirschfield’s pieces, I cannot love even one country reveals more and more layers each time you read it:

Bezalel Eliyahu, leaning heavily on his cane, greets me in front of his jackfruit tree at Moshav Kidron in south central Israel. At 83, he is carrying more than his own weight.

Notes from a white girl journalist in Kenya 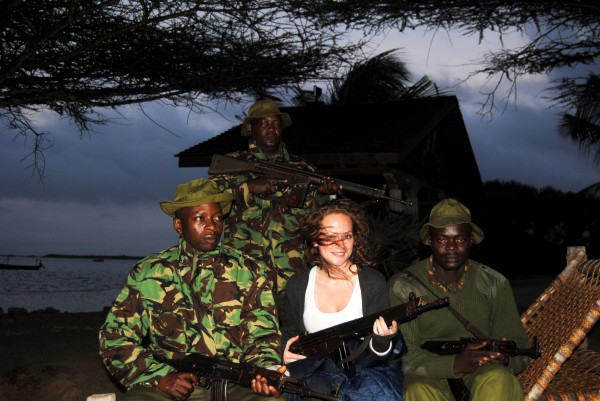 Paige Aarhus’ notes might’ve set the bar for immersing oneself in a place in order to get a story. At one point she charms her way onto a pirate patrol boat where the all male crew begins hitting on her at 2AM.

This is the way third world travelers get treated

One of the most important perspectives we published all year, Shivonne Du Barry’s account of being detained and mistreated in Finland represented the frustrations of thousands of travelers from developing nations around the world.

Rough guide to the language of Pride

Keph Senett’s “completely non-exhaustive rough guide” to terminology around Lesbian, gay, and bisexual (LGB), Trans and intersex (TI), Queer and questioning (QQ), and Two-spirit (2S) identities, was another really important (and in my opinion, overlooked) pieces of the year.

The perils of being an ‘improper’ journalist in the Ukraine 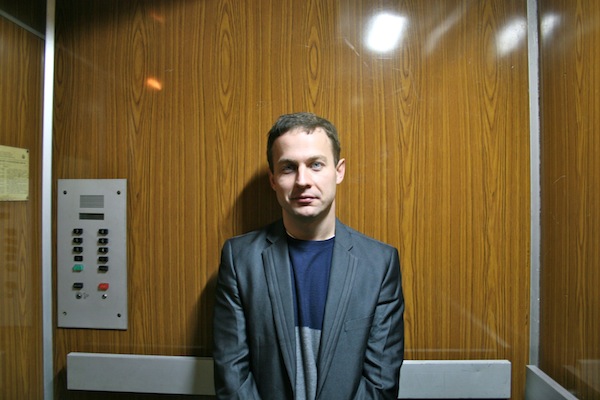 Every one of the longform stories produced via Glimpse represented months of work and original investigative reporting, but Chris Miller’s account of independent journalist Oleksiy (Alex) Matsuka and the dangers facing journalists reporting on corruption in the Ukraine was especially compelling.

The unraveling of generations

Readers accustomed to Candice Walsh’s hilarious style might be shocked by the gravity and darkness of this powerful piece on the changing social fabrics of our hometowns as loved ones die.

Nikki Hodgson’s nonlinear narrative measures time through remembrance of place. From Germany through the French Alps, Tel Aviv, and the West Bank, the emotions just below the surface and connections with others make you feel as if you’re actually there.

In the face of disaster, how and when do we travel?

One fixture of disaster journalism is a focus on the people who fail to travel. Always implicit in such reporting is the question of why these people refuse to heed the evacuation warnings of the government and the media. Such failed travelers are usually portrayed as simple-minded, feeble, even selfish for potentially putting first responders in danger during post-storm rescue attempts. All this may or may not be true. But what these reports often fail to communicate, and what Smith’s poems remind us of, is that the decision to leave home is a heavy one to make.

We end with Hal Amen’s hilarious recontextualization of Bilbo’s journey in the digital age. Bonus points for original artwork, including a Twitter user interface in Middle Earth font.