When someone mentions the Alps, you probably picture yourself skiing down the Matterhorn in Switzerland or lounging by Lake Como with the Clooneys, sipping Aperol spritzes in the shadows of tall Italian peaks. You probably don’t imagine mountains looming over Albania, Kosovo, or Montenegro. Enter the Dinaric Alps, or Dinarides, Eastern Europe’s answer to Western Europe’s iconic range. Here’s why you need to visit what might be the continent’s most unspoiled wilderness.

They start where the Eastern Alps end. 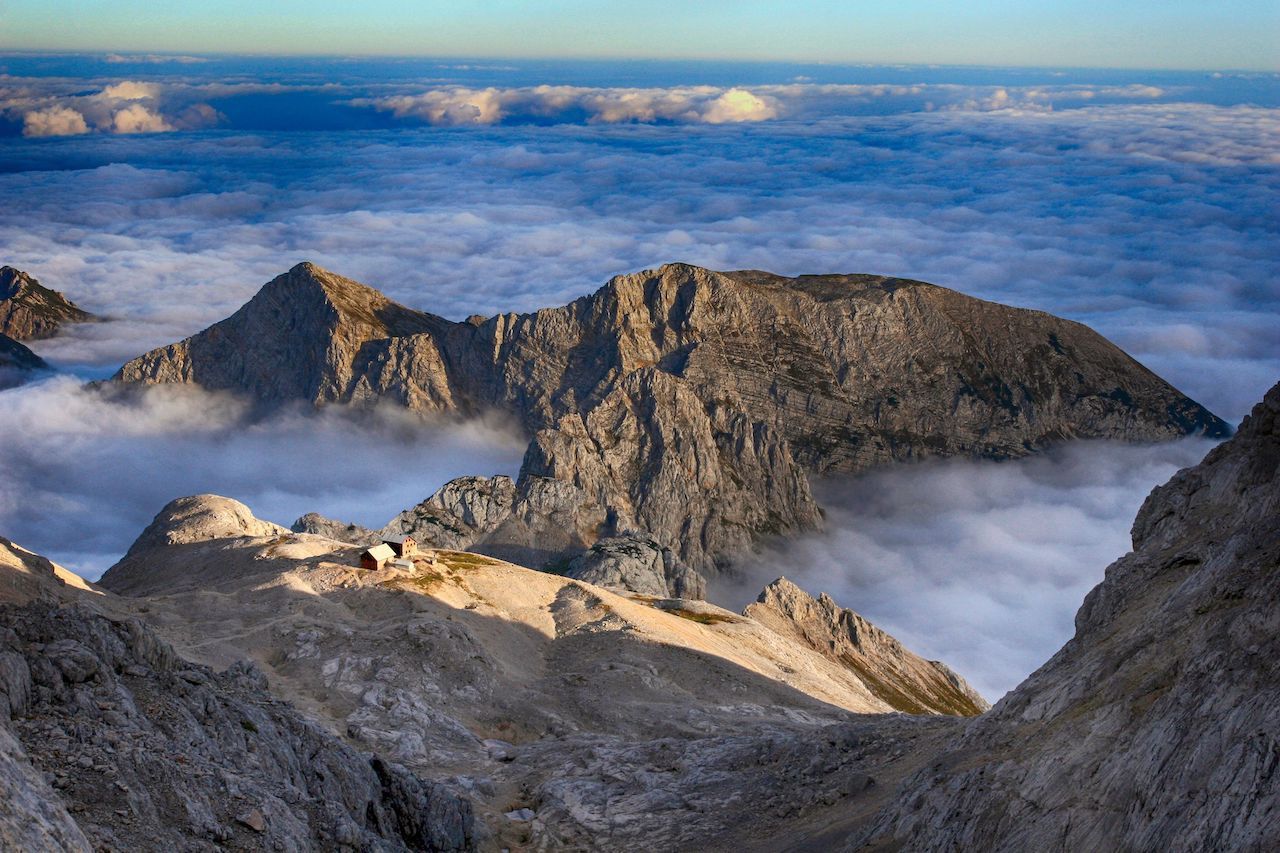 Loosely speaking, the Dinarides pick up in Italy where the Eastern Alps leave off. The range travels south along the Dalmatian Coast on the eastern side of the Adriatic Sea, which divides Italy from the Balkans. Only a small piece of the range is located in Italy, near Trieste, but the bulk and best parts are farther down the Balkan Peninsula. The tallest peak, Maja Jezercë, watches over Albania from 8,839 feet while the main mountain passes are split between Slovenia, Croatia, Serbia, Bosnia and Herzegovina, and Montenegro.

This part of Europe has seen a huge spike in tourism over the last half-decade, yet too many visitors overlook the mountains in favor of cheap, up-and-coming cities and now-congested beaches. While the low cost of travel is enough of an incentive to visit the Balkans, the Dinarides is yet another reason you should consider Eastern Europe the next time you find yourself daydreaming about the Alps. 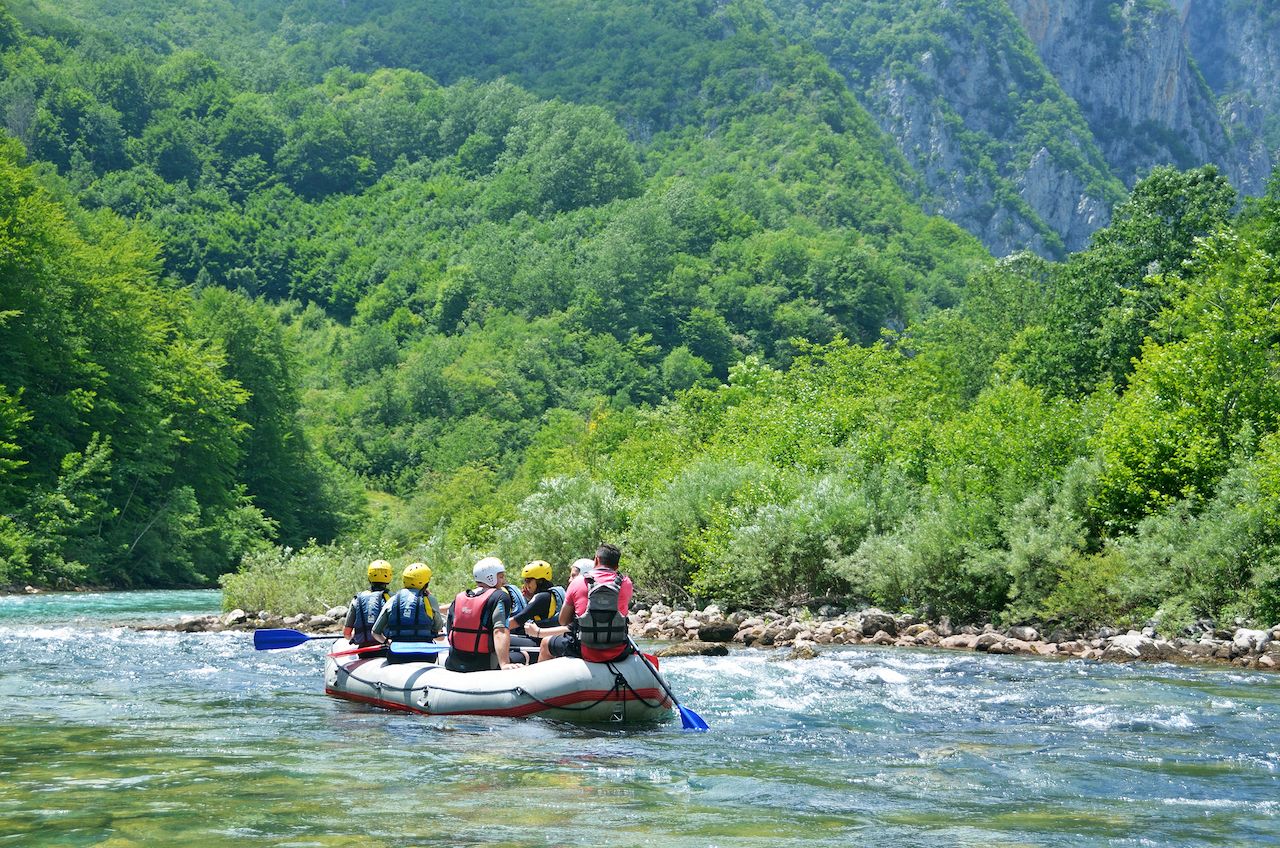 While the Alps in France, Switzerland, and Italy are world famous for their snow sports, the Dinaric Alps offer themselves as a playground for hikers, mountain bikers, free climbers, whitewater rafters, and general outdoorsy types. A few ski resorts make decent options for budget ski trips, but you’ll get what you pay for.

Summer is the best time to take advantage of the mountains’ outdoor offerings, which not-so-coincidentally makes it the peak travel season. When the weather’s warm and the water’s nice, you’ll have your pick of river-based activities. Anglers will adore casting their lines for trout in the Kupa River, which flows through Croatia and forms a natural border with Slovenia. Also replete with fly-fishing opportunities is the Neretva River in Croatia and Bosnia and Herzegovina.

That’s just the beginning in the Neretva Valley, however. Boating is a solid option for birders who want to catch glimpses of cormorants, bitterns, egrets, terns, and more, while adventure seekers can go kayaking or even kiteboarding. Whitewater rafting is also huge here, owing to the area’s Class III rapids. As an alternative, cruise down miles of whitewater in Montenegro’s Tara River Canyon for an exciting, scenic rafting escape.

Attractive as the water sports on these rivers and mountain valleys may be, hiking is the real draw to the Dinaric Alps. Day hikes are easy to arrange, but you can also roam the Dinarides for a week, a month, or even longer thanks to the Via Dinarica, a long-distance hiking route that’s only recently started getting the acclaim it deserves.

The Via Dinarica rivals the Camino for long-distance walks across Europe. 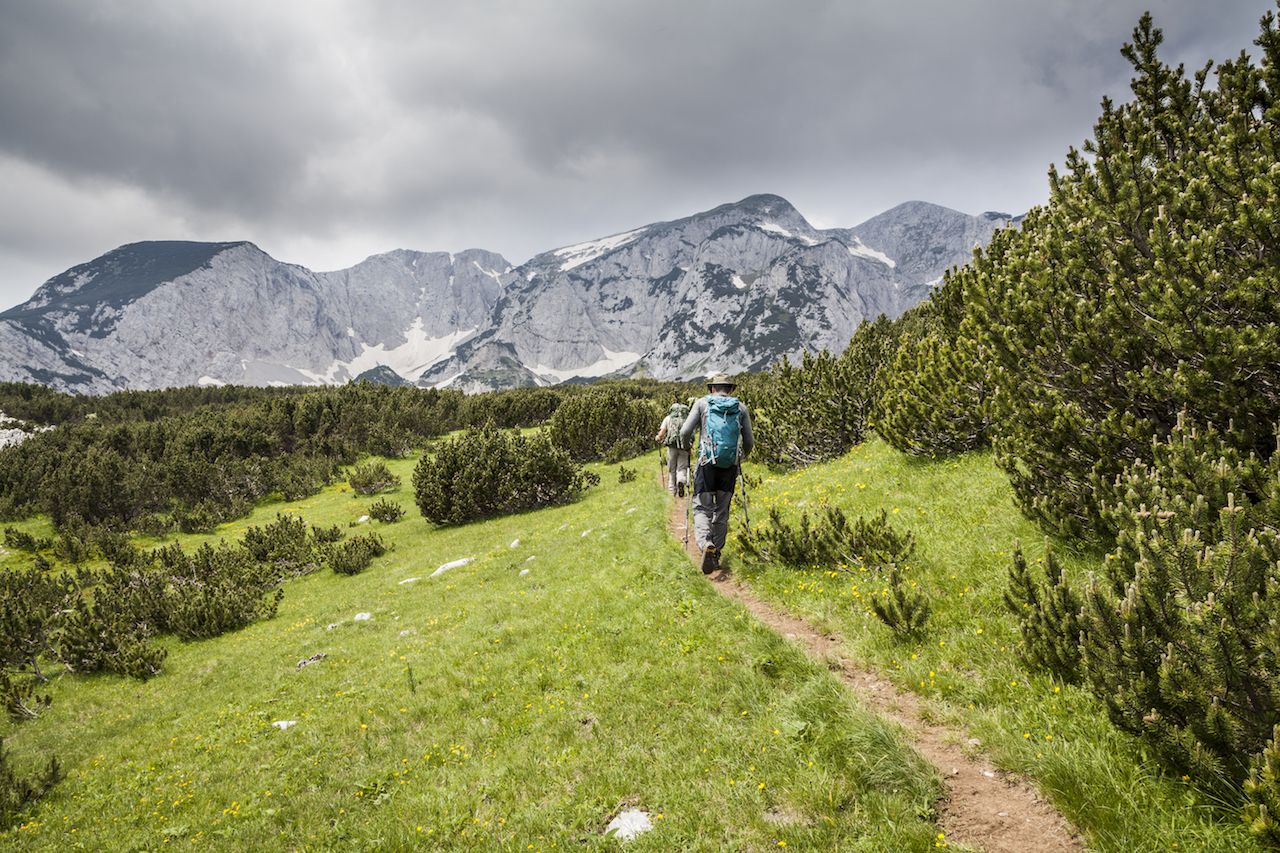 Forget racing countless other pilgrims to get a bunk at the first-come, first-served hostels along the Camino de Santiago at the height of summer. Sure, some routes are quieter than the Camino Francés and certain months are less crowded than others. But nothing compares to the truly remote wilderness experience you’ll get on the Via Dinarica.

Steadily gaining in popularity, the long-distance route weaves together more than 1,000 miles of the Western Balkans from Slovenia to Macedonia, home of the Sharr Mountains. The main route is the White Trail. It connects the tallest peaks in the seven countries the route crosses (that’s Slovenia, Croatia, Bosnia and Herzegovina, Montenegro, Serbia, Albania, and Macedonia — in case you lost track) and Kosovo, a self-declared independent state.

The Blue and Green trails are still being developed, but there’s plenty of well-marked territory to explore. Both trail names give a good indication of what you can expect. The Blue Trail winds down the deep-blue waters of the Adriatic coastline, offering easier hiking and the best trails for cycling, while the Green Trail takes you through the lush, conifer-dense forests of the lower Dinaric mountains.

Trekkers get more than just scenery, though. 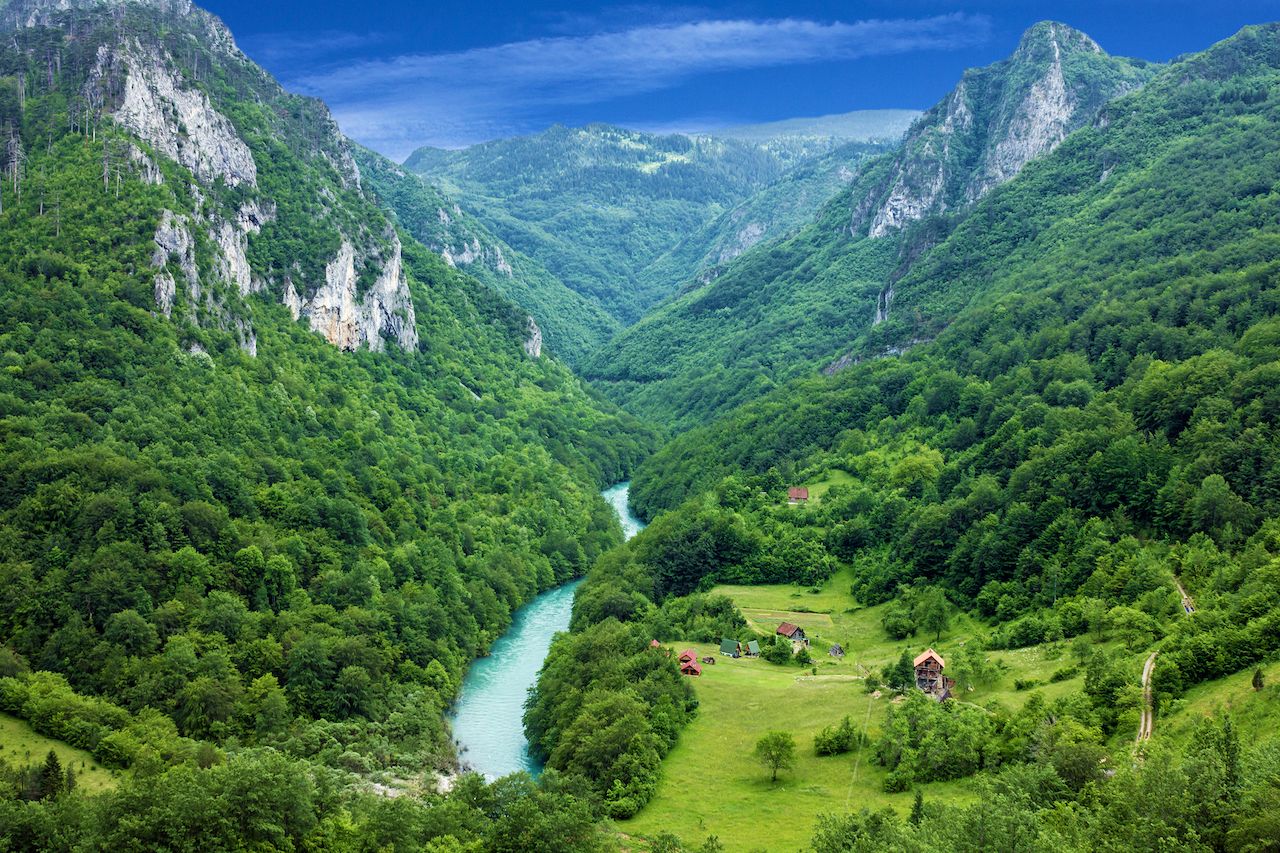 Over the years, much of the cultural and political landscapes of the Balkan region has become part of the physical landscape, as well. The trails that make up the Via Dinarica might seem arbitrary, but the network actually repurposes routes forged throughout history. Roman trade routes connect to Yugoslavian military tracks, which in turn connect to footpaths used by shepherds today. That means you’re just as likely to see the remains of an ancient Illyrian shelter as you are a war memorial from decades ago.

Part of the project’s mission is to encourage responsible tourism in an area that suffered so many years of conflict that some people still doubt its credibility as a travel destination. The Via Dinarica succeeds not only in literally connecting the countries at the heart of this cultural crossroads but also in showing hikers firsthand what life is really like in the Western Balkans. When they aren’t sleeping in tents, trekkers can arrange overnights in huts, lodges, and guest houses located in rural villages, where they’ll get a proper taste of mountain life — and plenty of hearty local eats.

Those who’ve done the Via Dinarica tend to rave about Bosnia and Herzegovina, citing the country’s Sutjeska National Park as an overall highlight. If you’re sold on the adventure, learn more about the trails, permits, packing lists, and other FAQs here.

The mountains are spectacular, but the cities below are pretty great too. 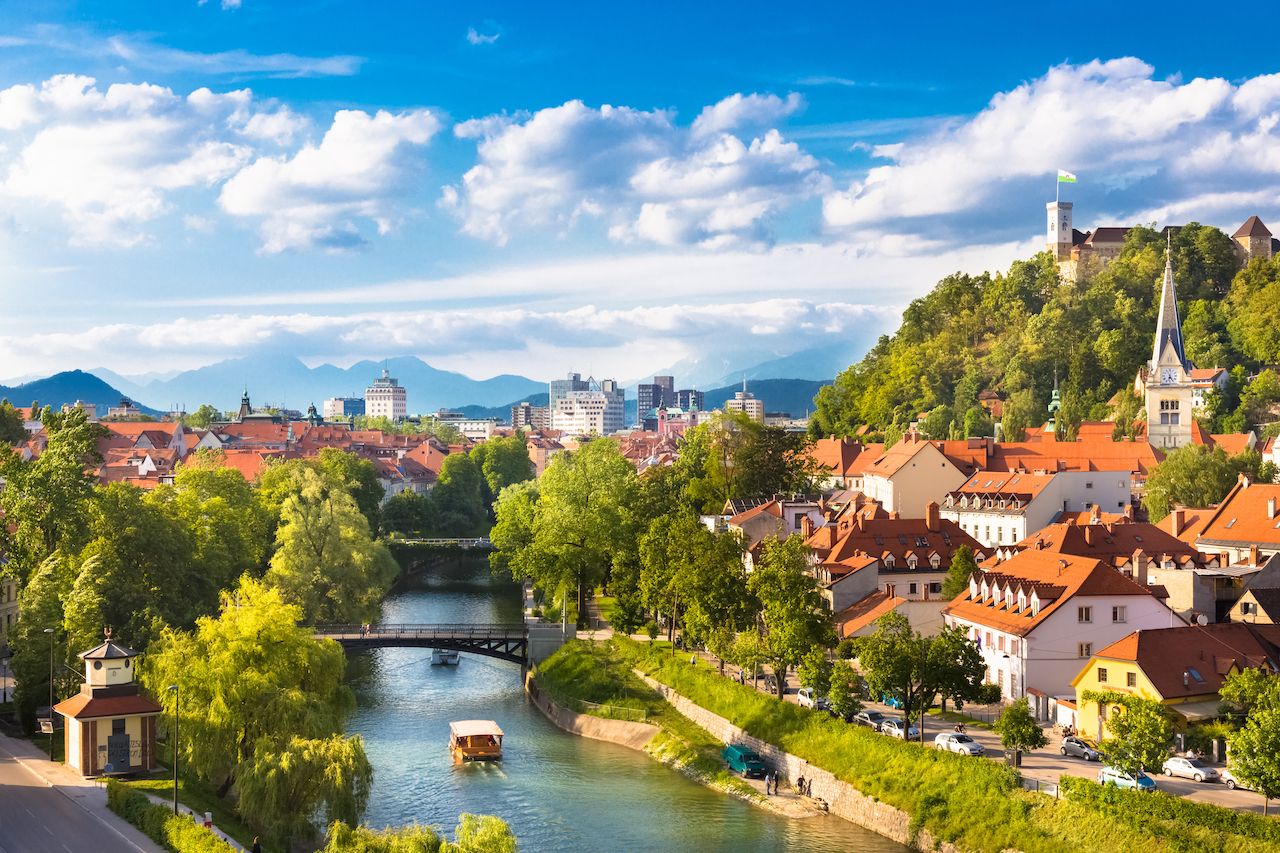 Travel to the Dinaric Alps invariably means spending some time closer to sea level in the range’s host countries. Make the most of your trip by easing into an alpine trek with a gentle walking tour of Ljubljana, Slovenia’s capital. Or budget for a few extra days in Sarajevo, the Bosnian capital, to see its medley of mosques, churches, and synagogues all backdropped by the Dinarides. This shouldn’t be too hard; most of the Balkan capitals secured top spots on our list of the cheapest European capitals — with Pristina, Kosovo, coming in at the second cheapest and Podgorica, Montenegro, taking third — so there’s no reason not to go all in when visiting the Dinaric Alps.

OutdoorHere’s Why Montenegro Is an Outdoors Paradise
Tagged
Backpacking Outdoor National Parks Insider Guides
What did you think of this story?
Meh
Good
Awesome