If there’s one thing to learn from Anthony Bourdain’s hit CNN travel docuseries, Parts Unknown, it’s that good travel experiences should be anything but cookie-cutter. He taught us to seek out hand-crafted meals and throw any notion of a comfort zone to wind, showed us and that there are few occasions not improved by a cold beer or a stiff cocktail, and that random acts of kindness from a total stranger are one of life’s greatest joys. A good hotel should embody these characteristics, he believed, writing on the (sadly defunct) li.st app, “A hotel where I know immediately where I am when I open my eyes in the morning is a rare joy.”

“I want to find a hotel in a neighborhood that has charm and character — the sort of place where I can walk to a café, sit down and feel the place,” Bourdain told Money in a 2018 interview. “One with a unique look — old colonial hotels are a favorite.” These were Bourdain’s favorite hotels, according to his list entitled “Hotel Slut (That’s Me)“. 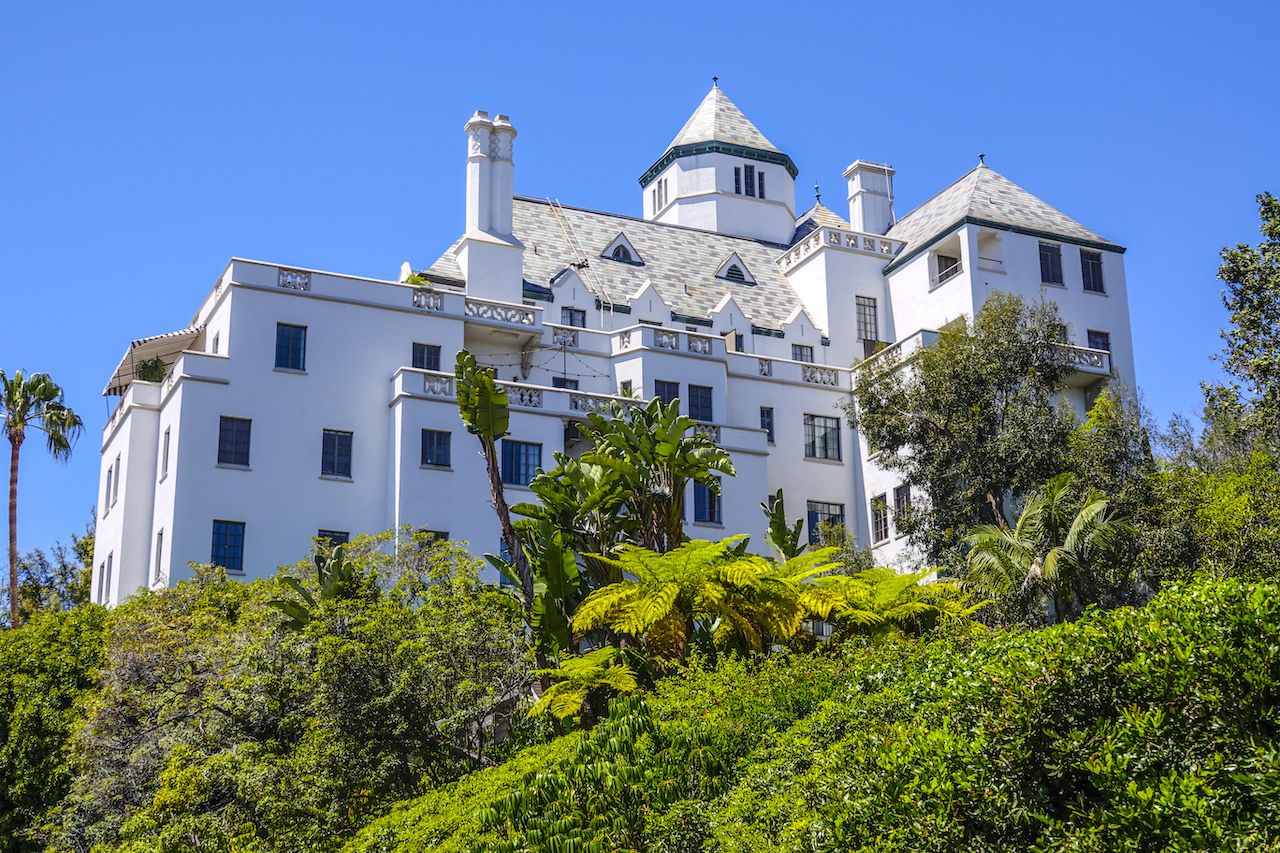 Over 16 years in travel television, no hotel piqued Bourdain’s fancy quite like LA’s Chateau Marmont. Episode two of Parts Unknown’s first season put his love for this hotel on full display, and he said many times that the Hollywood property topped his list. “I would not feel cheated by life if I died in Chateau Marmont,” Bourdain told Travel & Leisure. “I love that hotel above all others.” 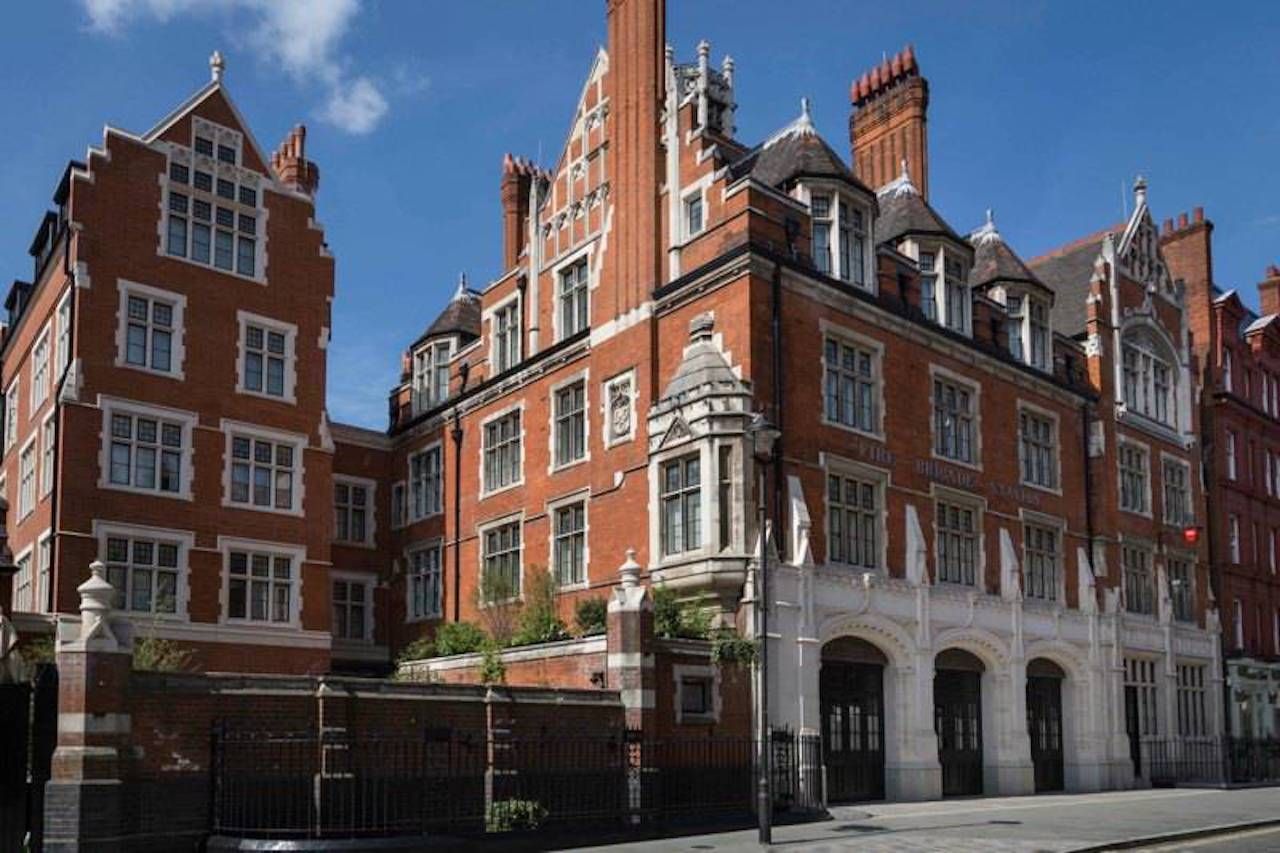 “Pretty much perfection” is how Bourdain described London’s Chiltern Firehouse on li.st. The former Victorian firehouse turned upscale lodging property is the Chateau Marmont’s sister hotel, so it’s no surprise he liked it so much. 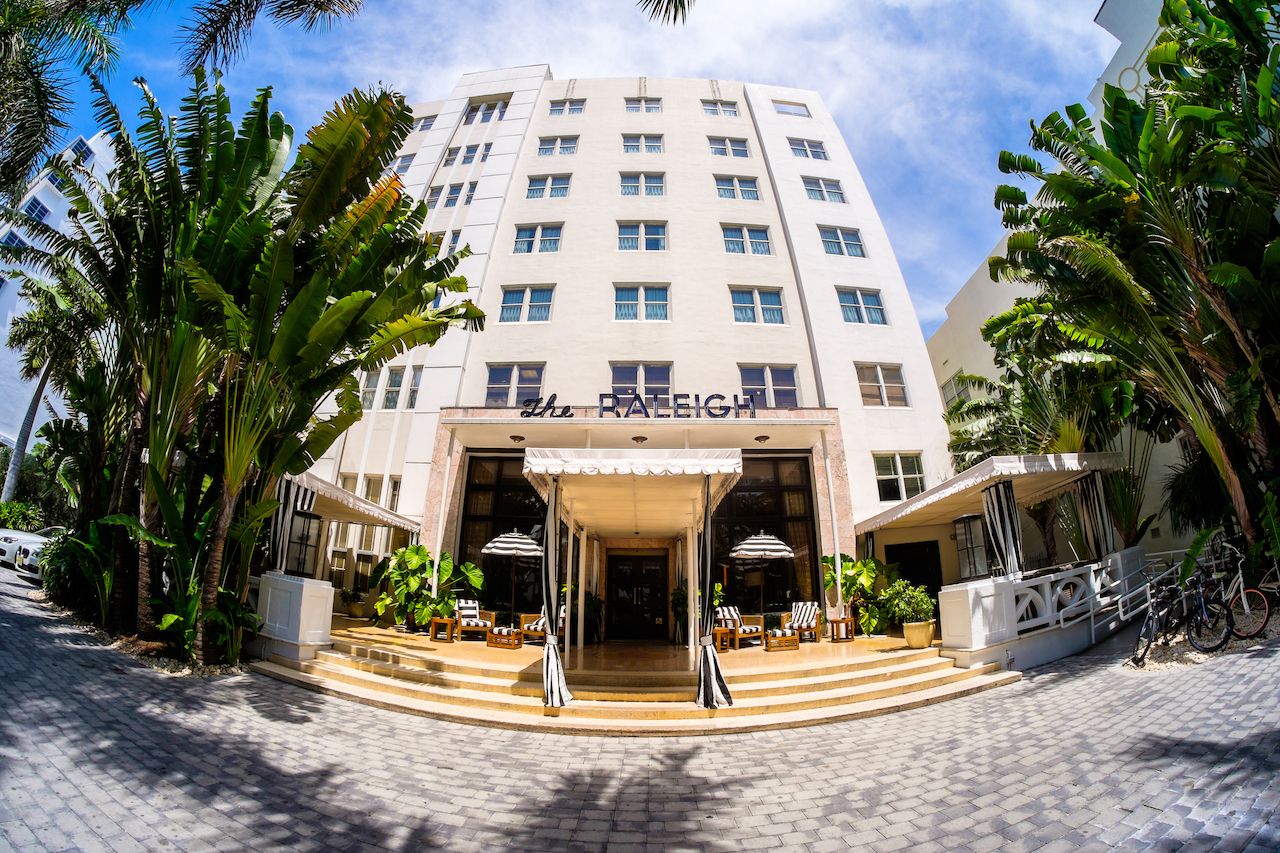 “The pool. The pool!” he writes. In season one, episode four of Bourdain’s often overlooked show The Layover, he spent 48 hours in Miami and overnighted at The Raleigh in Miami Beach. The hotel’s pool impressed him so much that it appeared on his Instagram. 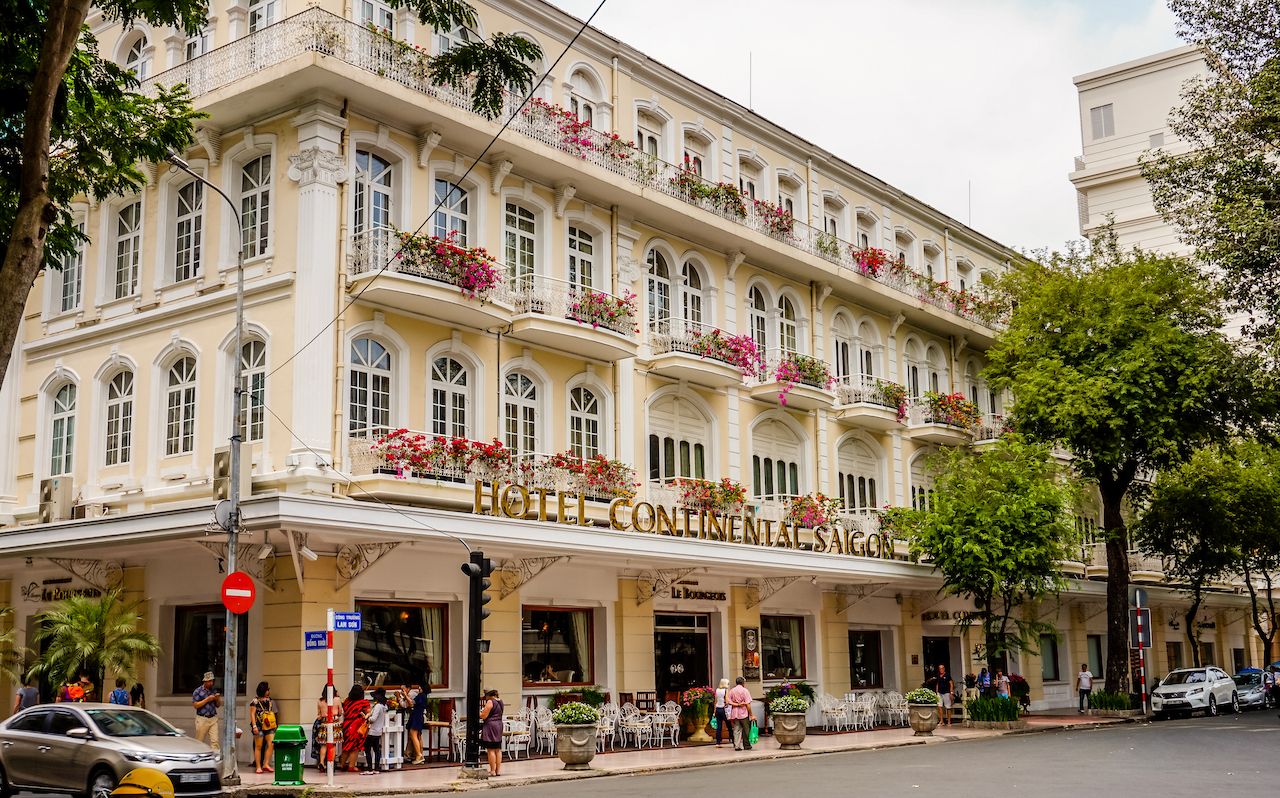 Ho Chi Minh City’s Hotel Continental Saigon was one of Bourdain’s favorite Vietnam crash pads, which he loved “for the history.” This was Vietnam’s first official hotel, built in 1880. Frangipani trees planted that same year still line the outdoor dining courtyard, something Bourdain would surely appreciate, and not just because they look great on camera.

Haiti’s 19th-century, Gothic-style Hotel Oloffson basically makes you feel like you’re back in the 1800s — the place both looks and feels old. But that’s why Bourdain loved it, saying that it is “Sagging, creaky and leaky but awesome.” It’s also a frequent getaway for celebrities and high personalities, a nod to its luxurious ambiance and classic facade. 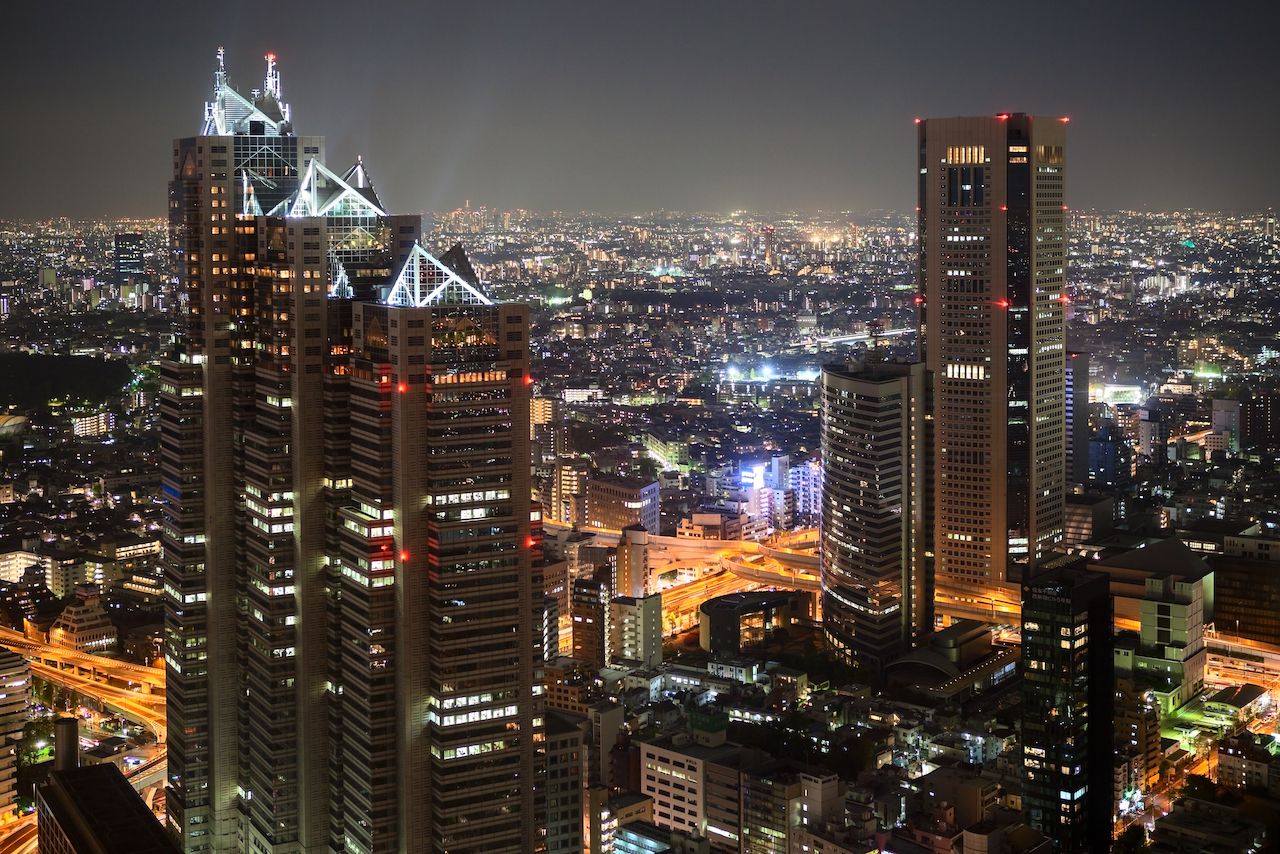 The Park Hyatt Tokyo’s claim to fame — pre-Parts Unknown — was its appearance in Lost In Translation. Bourdain was a self-proclaimed film geek, but we suspect he also appreciated the unparalleled view of the city that kicked off his television career. 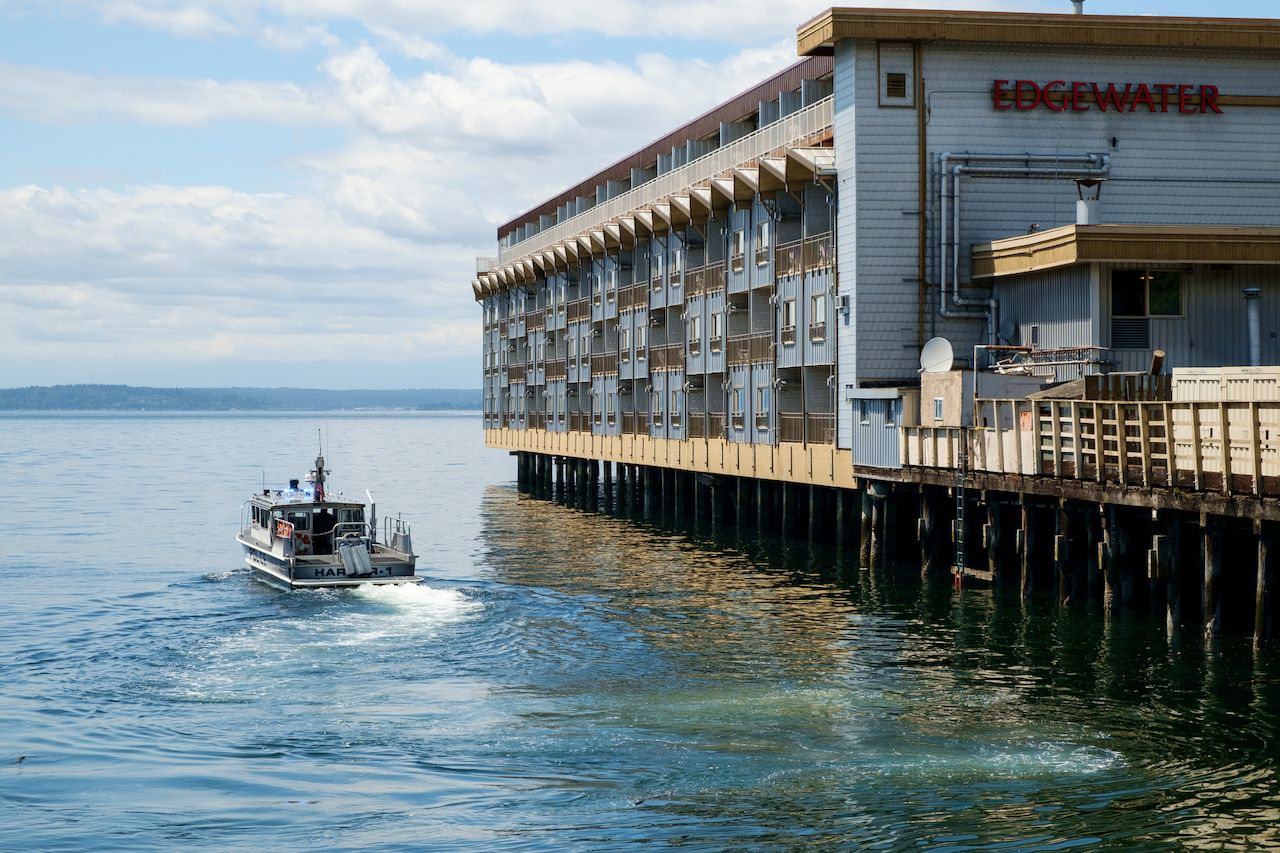 Seattle’s Edgewater Hotel is the closest a visitor can stay to Elliot Bay within the city, one of the things Bourdain loved about the hotel. He wrote, “kind of a lumber theme going on… ships slide right by your window. And the Led Zep ‘Mudshark incident,’” which… we’ll let you read the details for yourself on that. Bourdain actually fished out the window of his room in The Layover episode in Seattle, saying, “Look Ma! Just like the Beatles! I got to fish out the window at the legendary Edgewater Hotel.” 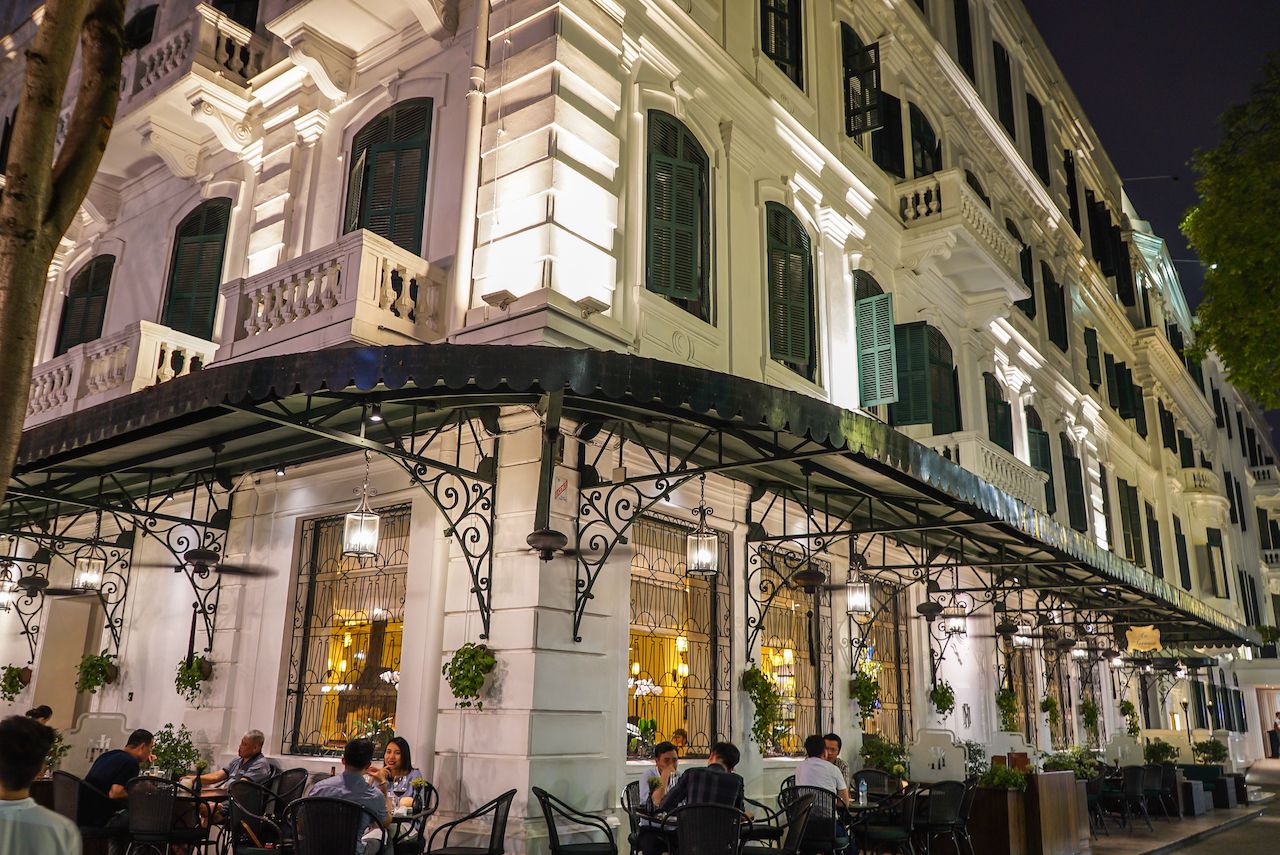 The on-screen highlight of Parts Unknown’s Season 8 opener was Bourdain’s dinner with President Barack Obama in Hanoi, Vietnam. But off camera, Bourdain fell in love with Hotel Metropole. He claimed he stayed here because writer Graham Greene had stayed in the same hotel, but it must have been the French-colonial architecture or streetside dining and drinking that hooked him. 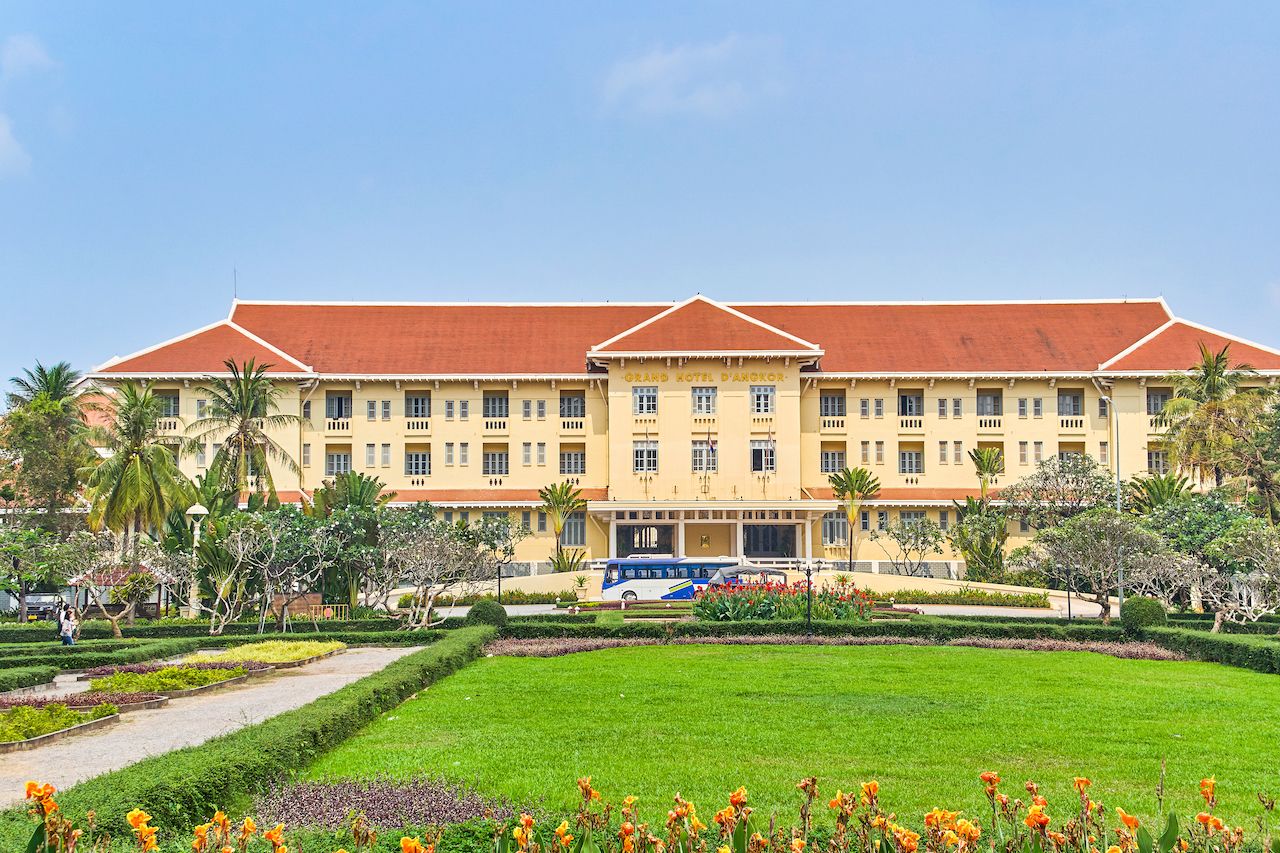 “I’m a sucker for grand, colonial-era hotels in Asia,” Bourdain wrote, and the Grand Hotel D’Angkor is among the most iconic representations of colonial-era hotels anywhere on the continent. The lobby is accessed via a grand pebble driveway, with rooms opening to large balconies overlooking the expansive flower garden and pool. 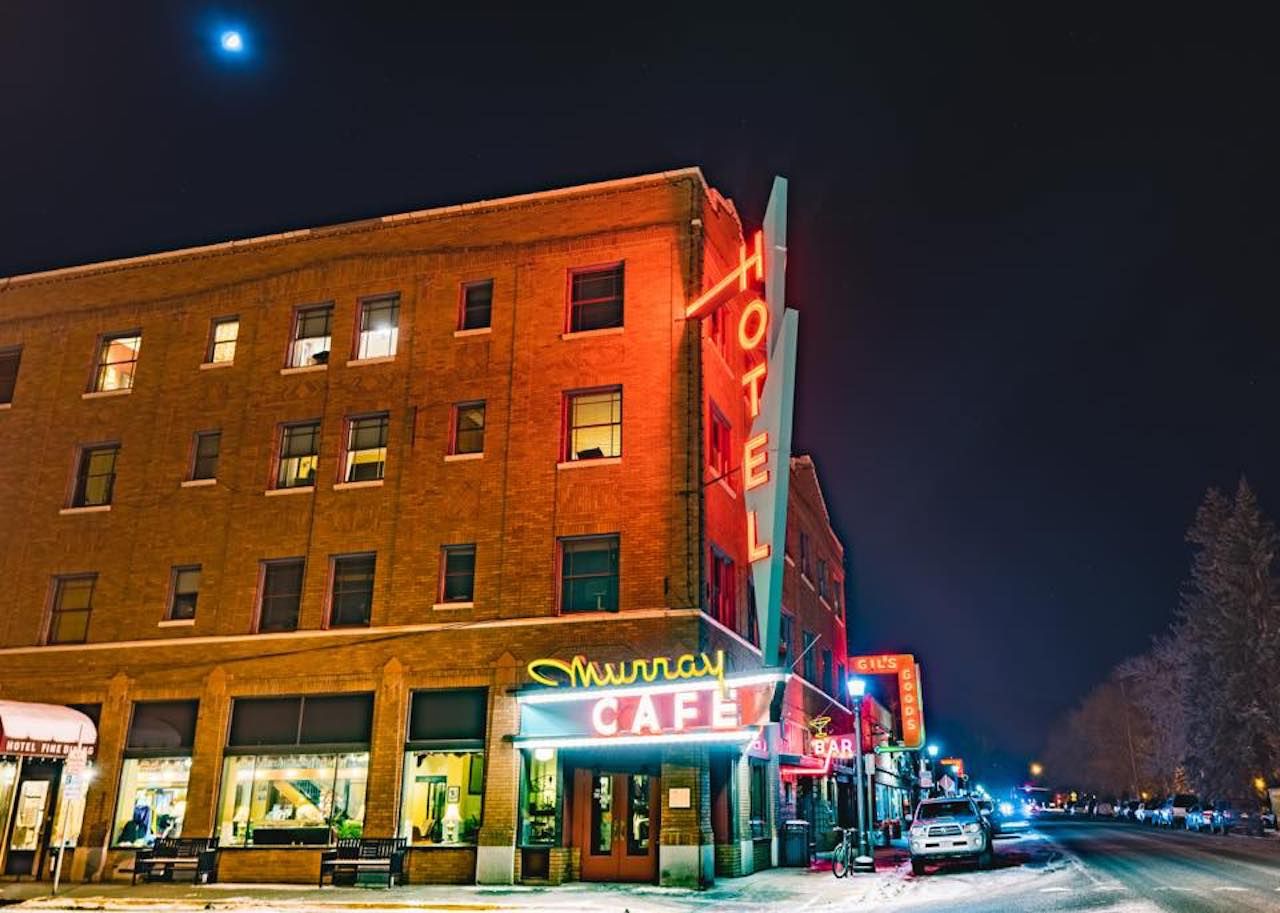 A century is enough time for any establishment to accumulate a story of its own. Bourdain appreciated the 110-year-long story of The Murray Hotel in Livingston and writes, “You want the Peckinpah Suite.”

TravelThe 13 Wisest Things Anthony Bourdain Said About Travel
Tagged
Celebrities Entertainment Where to Stay
What did you think of this story?
Meh
Good
Awesome