The capital of Germany has been celebrated for decades as a bastion of culture and creativity, with a daring, artistic spirit going hand in hand with a history of rebellion, revolution, and renewal. Artists flocked to Berlin even in the dark days before the Fall of the Wall, trying to tap into a growing sense of defiance within certain subsets of the community and a desire to go against the grain at any cost. The grimy basement bars of the ‘70s and ‘80s became favorite haunts of international and controversial greats like David Bowie, Iggy Pop, and Nick Cave, along with politically charged German punk bands like Die Toten Hosen. Here, deep underground, beneath the shadow of the Wall, the modern-day soundtrack to a city was born.

Today, Berlin is known as a party city. It boasts one of the best clubbing scenes in the world and is home base for numerous creators of cutting-edge electronic music. But there’s much more to Berlin’s music scene than its justly famous temples of techno. These are some of the most unique and unmissable musical experiences the city has to offer.

For an all-around musical overview, take the Berlin Music Tour. 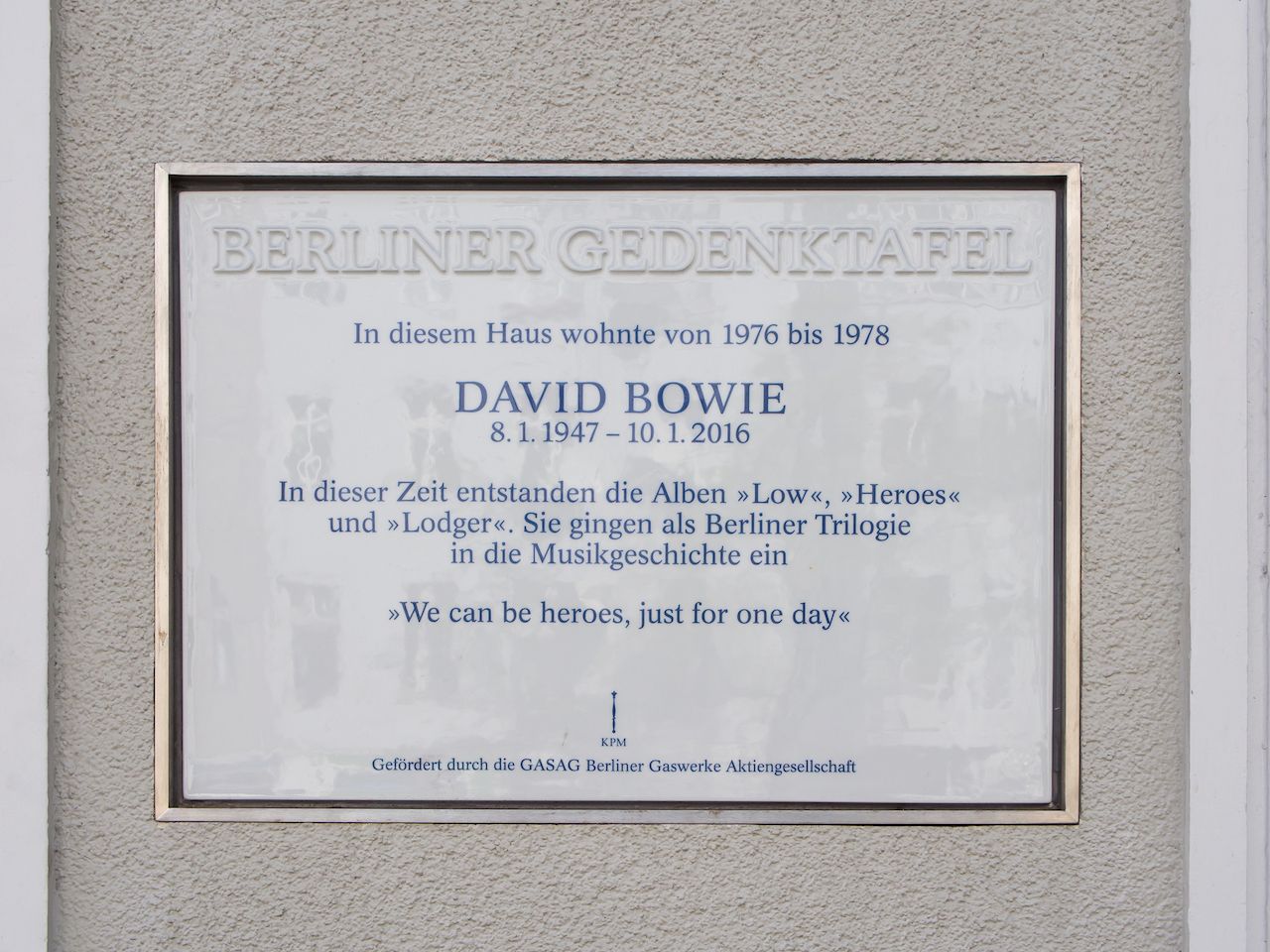 Berlin relies on its reputation as an arts hub to attract music lovers from around the globe. They come to experience a deep dive, both into Berlin’s world-shaking music history and its current wave of ground-breaking musical output. Thilo Schmied is a legendary connoisseur of Berlin’s rock music history and the perfect person to show them the ropes. Not just a proudly unapologetic superfan, Thilo worked in the industry during its headiest eras, when those mega-stars of 20th-century rock occupied the city’s clubs. A sound engineer turned passionate tour guide, Thilo has been running his Berlin Music Tours since 2005. Ask him about any artist during their inevitably debauched ‘Berlin period’ and he’ll have a story to share.

There are a variety of tours on offer depending on your interests. For example, his Berlin Bowie tours paint a vivid picture of Bowie’s time in the city during the recording of the “Berlin trilogy.” For an all-around sampler of Berlin’s most influential musical places and the personalities who gave them mythic status, the Bus Tour is a thoroughly entertaining 2.5-hour journey through Berlin’s colorful city streets.

Spiked by scandalous anecdotes, Thilo’s commentary thoroughly explains what made a pre-reunited Berlin such fertile ground for musicians as diverse as Nina Hagen, Siouxie Sioux, Depeche Mode, and U2. You’ll pass the unassuming flat in Shöneberg where Iggy and Bowie once co-resided before stopping in for a stiff drink at the pair’s favorite bar, Neues Ufer, where a portrait of Bowie still watches over patrons. While the tour is largely dedicated to Berlin’s rock ‘n’ roll origin story, Thilo takes care to acknowledge what came after. The fact that so many icons gravitated to Berlin in the ‘70s and ‘80s laid the groundwork for a scene that flourishes to this day.

The tour finishes with a daytime preview of some of the coolest nightspots in the city. Whether you need to know where the hottest DJs in the city are spinning or where to headbang to the heaviest of heavy German metal, Thilo will point you in the right direction.

Stop into Hansa Studios, the famous “studio by the Wall.” 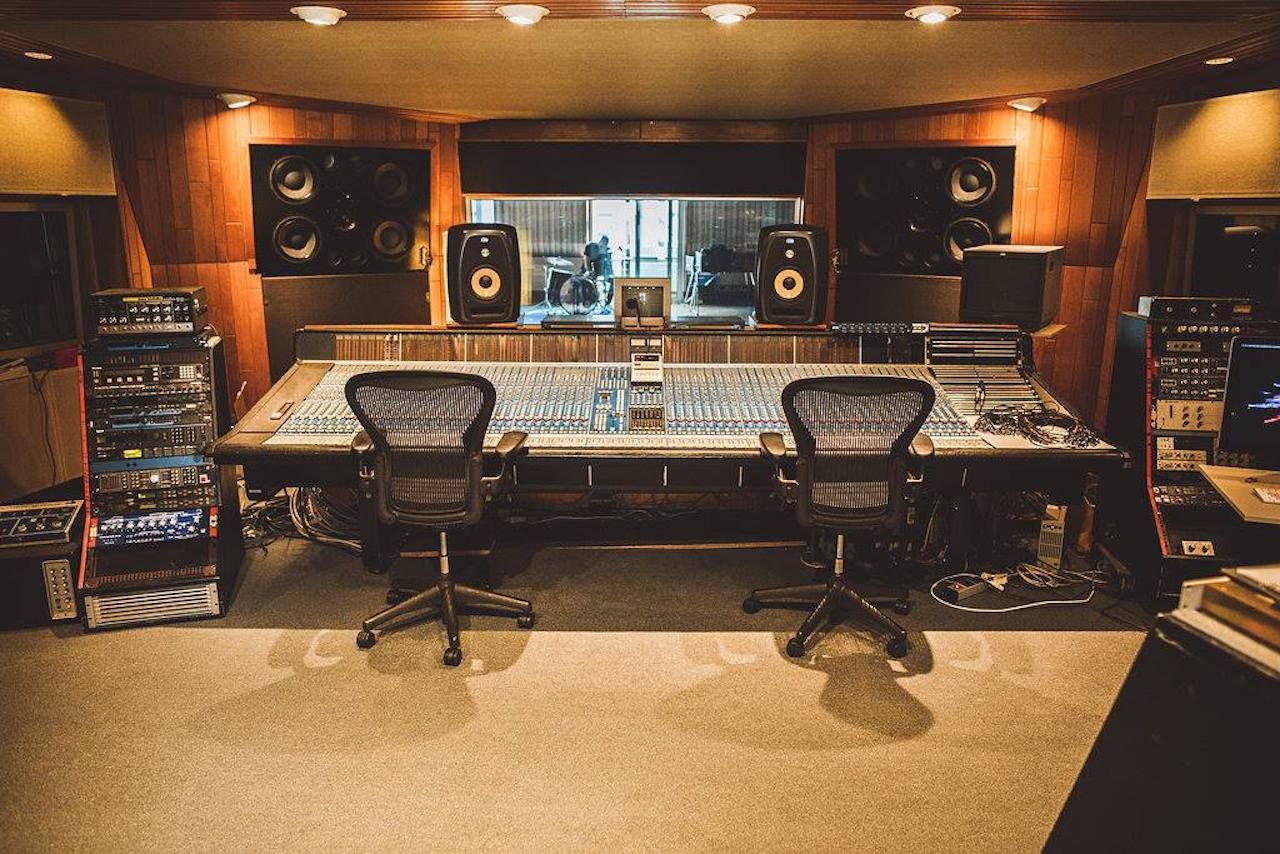 Hansa Studios, once known as “the studio by the Wall,” is perhaps the most sacred site in Berlin for the hardcore music-history devotee. The current building opened in 1973 and is still a working recording studio. Standing in almost complete isolation in the midst of a war-flattened wasteland, it was a sort of last outpost of creative freedom overlooked by the world’s most notorious symbol of repression and authoritarian control. The view from the window of Studio 2 most poignantly served as the lyrical inspiration for “Heroes,” Bowie’s story of two unwillingly separated lovers, but Hansa has produced scores of acclaimed recordings over the decades from the likes of Brian Eno, U2, Nick Cave, Tangerine Dream, R.E.M., David Byrne, the Pixies, Rammstein, and countless others.

Because Hansa is a working studio and not a tourist destination, the only practical way to get inside is by pre-booking an excursion with Berlin Music Tours. Access is highly dependent on what’s going on in the studio on any given day, but for serious music fans, a visit to the hallowed halls of Hansa is a once-in-a-lifetime experience.

Hit the streets for some vinyl shopping. 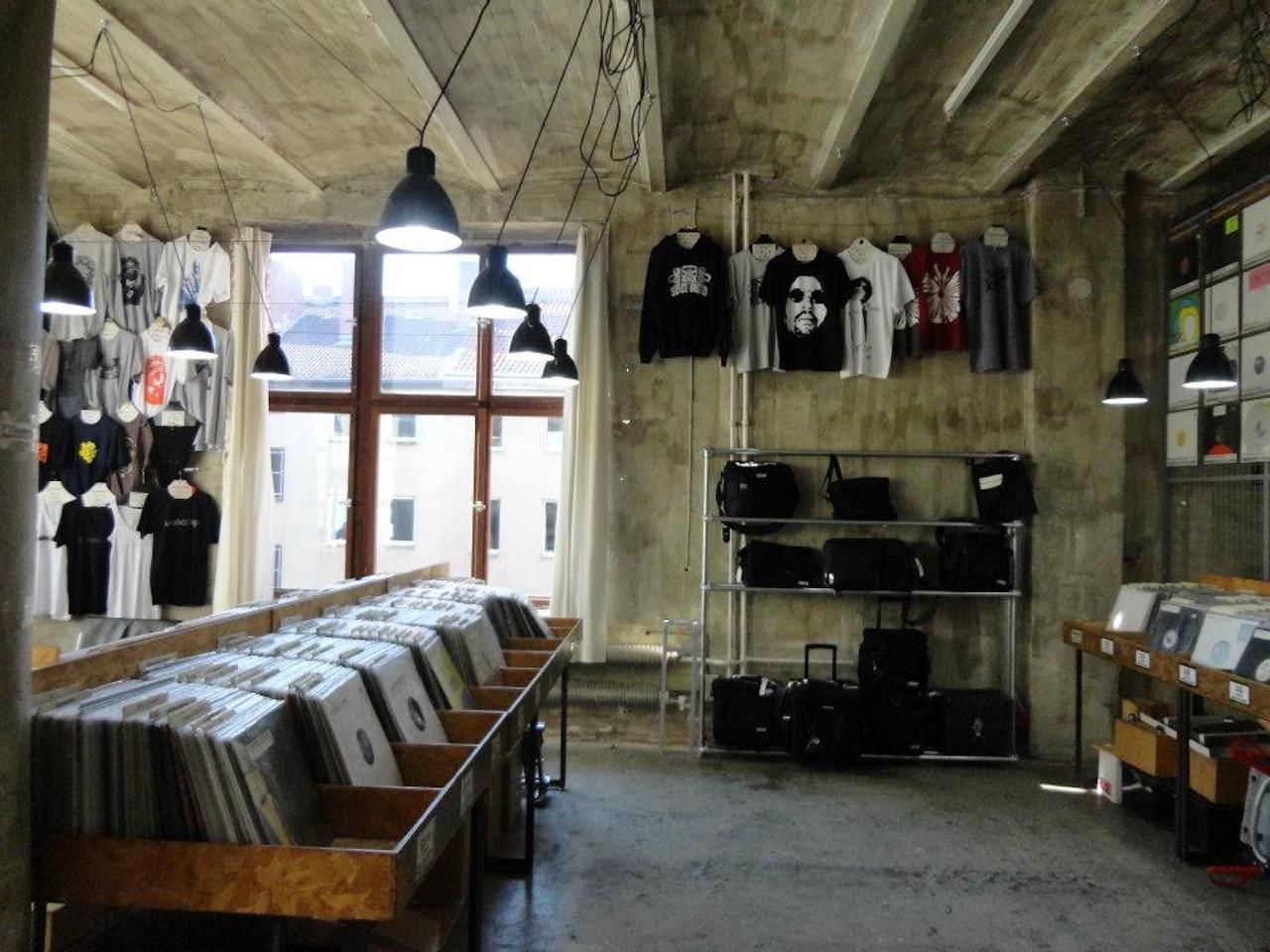 If your most beloved souvenirs are of the vinyl variety, Berlin’s record stores will keep you busy for days. Space Hall in Kreuzberg is an overwhelming behemoth of a building. While many Berlin stores cater to specific genres, Space Hall stocks must-haves and rarities spanning the entire musical spectrum. You’ll find an entire section dedicated to soul, jazz, and funk; another to rock, punk, industrial, and new wave; and a backroom meticulously cataloging every conceivable electronic sub-genre. For hard-to-find techno, house, disco, and D&B, Hard Wax, another Kreuzberg institution, is a crate-digging DJs dream with a huge back catalog of everything from primitive dub reggae to old-school Chicago house.

Drink, dance, and party after dark. 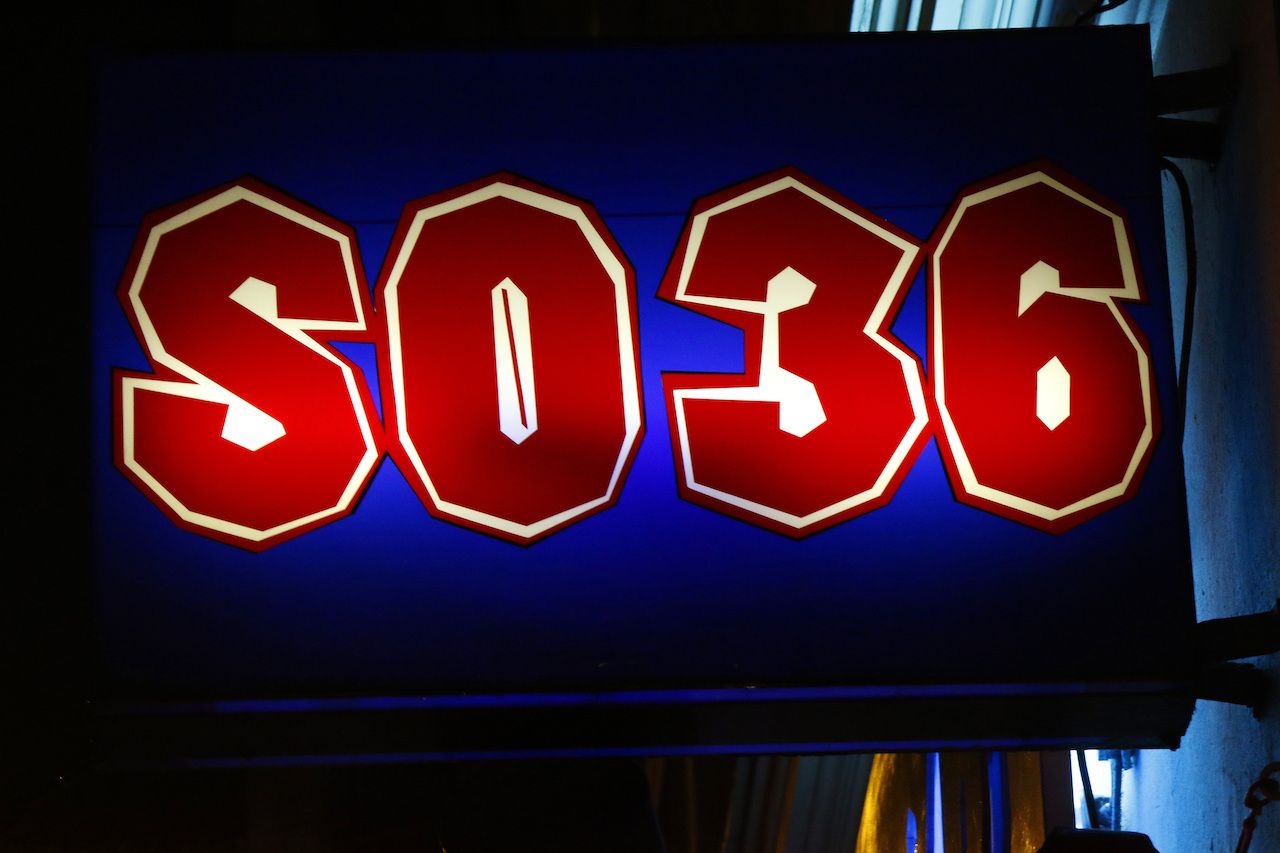 If you’ve partied in Berlin, you already know that SO36 in Kreuzberg isn’t just a postcode but the city’s most famous live venue. Berlin’s answer to CBGB, the stage at SO36 has been graced (and disgraced) by the likes of Bowie, Iggy Pop, the Bad Seeds, the Dead Kennedys, and Die Toten Hosen. Today, SO36 still champions exciting new independent acts from across genres, remaining true to its pioneering punk past.

Berlin has no shortage of jazz clubs, but Zig Zag in Schöneberg is a local favorite. Serious jazz clubs can be intimidating, but the atmosphere here is decidedly intimate and inviting. A random visit might yield anything from a feel-good night of classic soul to an enrapturing instrumental performance from the jazz world’s latest genius-level darling.

Audiences of all musical persuasions will find themselves warmly welcomed at Junction Bar, a two-story venue consisting of an upstairs café and a basement club. The dance floor is generally packed with fans rocking out to everything from indie folk to jazz, rap, salsa, rockabilly, and the occasional evening of French chanson or cabaret.

Have a Berlin-style clubbing experience. 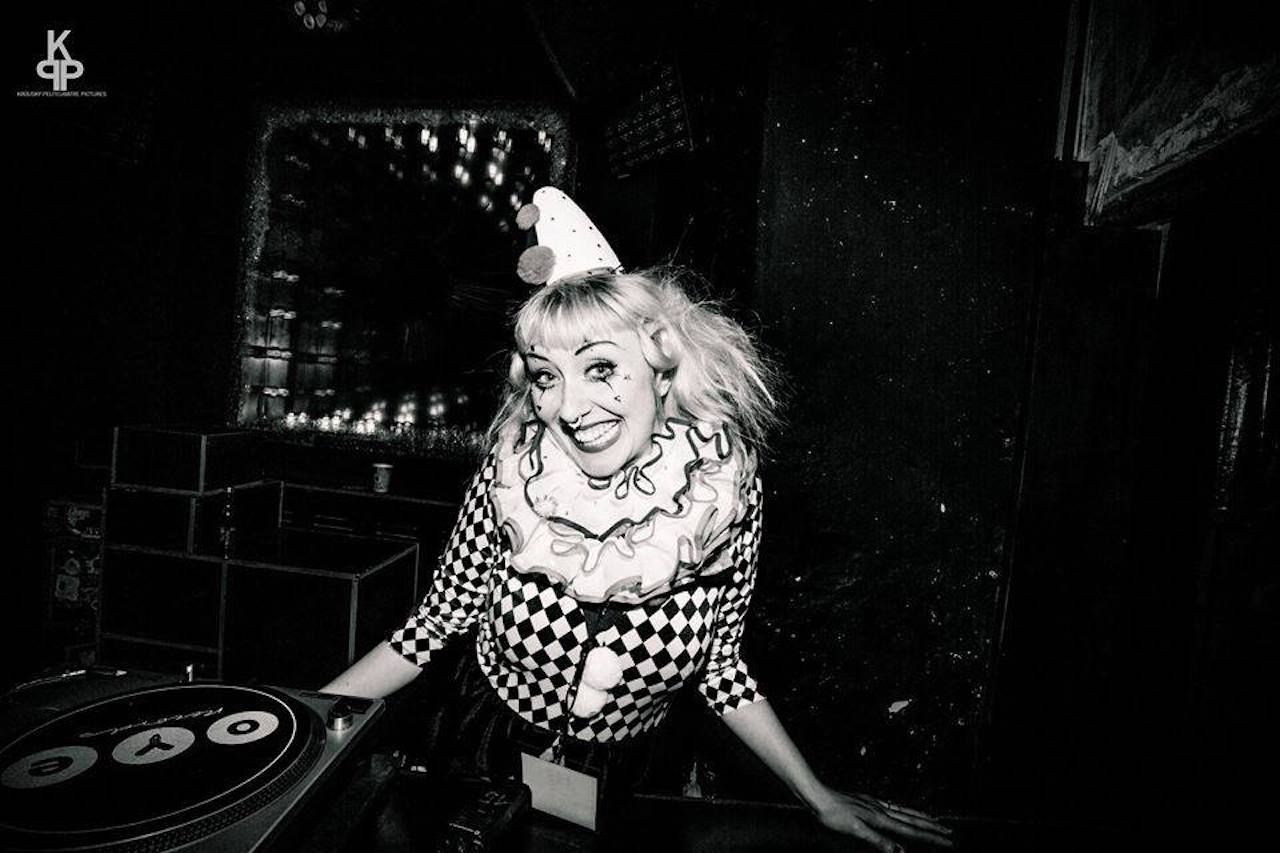 It’s no coincidence that the collapse of the Berlin Wall in November 1991 coincided with the rise of Berlin’s world-famous clubbing culture. The heady mix of hope and hedonism in the years that followed was a catalyst for underground clubs to take root across the city. Today, Berlin’s club scene is far more mainstream, but a night of clubbing in Berlin until long after the sun comes up remains a thoroughly incomparable experience.

For years, Berghain remained unchallenged as the most iconic and exclusive nightclub in the world. But an oppressive door policy and years of tyrannical bouncers turning away punters on a whim helped Berghain fall out of favor in recent times. Nevertheless, the futuristic majesty of its massive industrial space (the site of a former power station), its mind-melting sound system, and the sheer intensity of its sex- and drug-fueled atmosphere still ensure it ranks among the world’s greatest clubs.

Amazingly, Berghain can’t lay claim to being the only Berlin mega-club housed in a converted power plant. With a brutalist exterior cutting a sinister spectacle even from afar, Tresor somehow manages to be even more terrifying. You’ll have to navigate a disorienting labyrinth of pitch-dark corridors, dead-end hallways, and tightly angled metal staircases. Follow the neon flashes and booming beats until you’re transported to a series of cavernous dance dungeons pumping out hard-style anthems, deep house, and progressive trance. If you’re still not completely delirious, make your way down to the tripped-out basement soundtracked by sonic swirls of moody ambient experimentalism.

Far more first-time friendly is Salon – Zur Wilden Renate. The place is a slightly disheveled multi-story apartment building transformed into a full-scale clubbing emporium with a slightly demented amusement park aesthetic. There are themed levels devoted to different electronic genres from the familiar to the outright bizarre. In summer, Renate hosts open-air parties in its courtyard — a great place to meet people over cheap drinks and tunes.

Berlin’s music scene beyond the bars 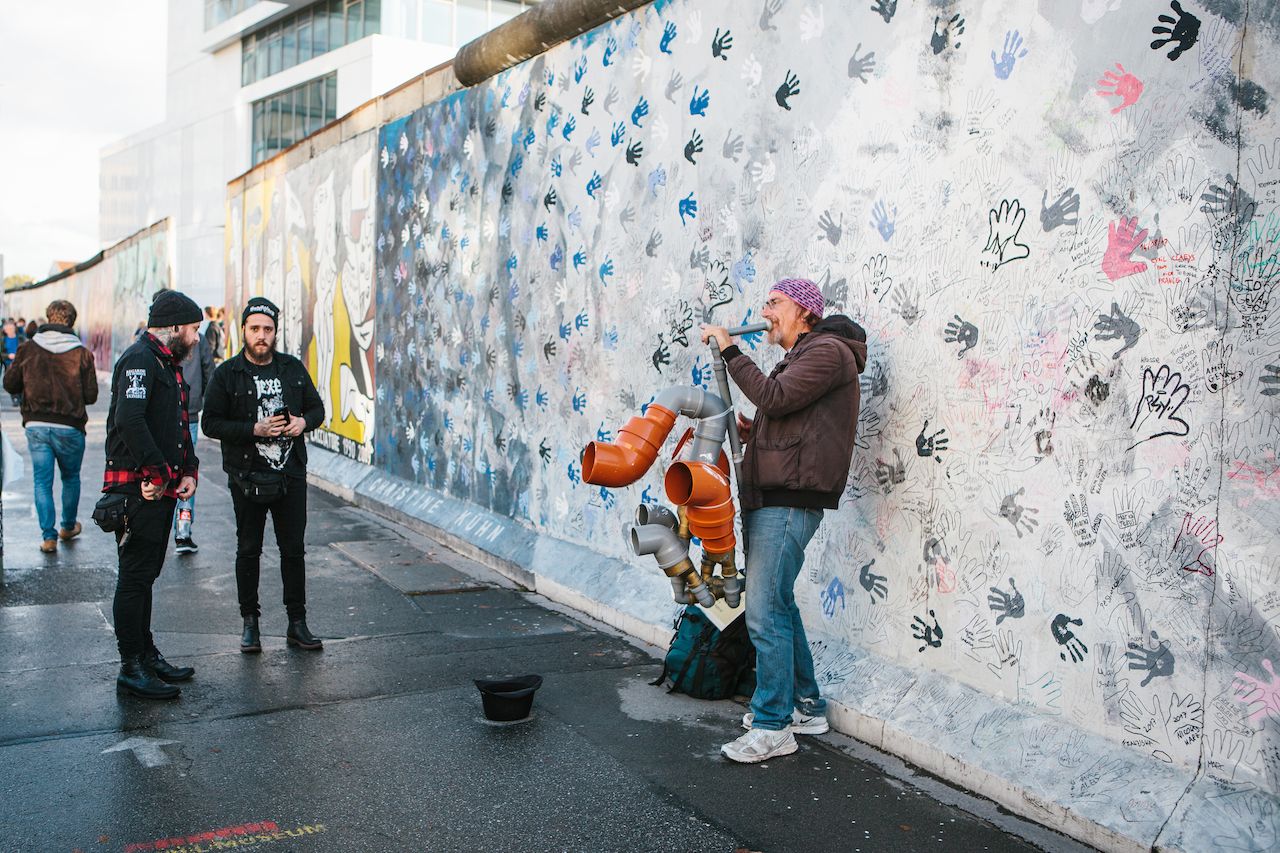 What makes Berlin different from other cities with strong musical cultures is that whether you’re a musician or just a fan, music is a lifestyle here. And some of the city’s best musical experiences aren’t confined to the bars, clubs, or festivals but out on the streets, free to anyone who might care to stop and listen.

Berlin’s public spaces — streets, parks, and plazas — are performance spaces in their own right, and the quality of street musicians is top-notch. Many great talents began by busking outside the station on legendary Warschauer Strasser, though these days a vibrant busking scene has arisen close to the East Side Gallery murals. Finally, don’t close a trip to Berlin without a visit to the Sunday Bearpit Karaoke in Mauerpark, where anyone with a desire to perform in public can fulfill their dreams without fear of judgment or ridicule. Music has the incredible power to break down barriers and bring people together. Perhaps no other city on Earth understands that better than Berlin.

Food + DrinkHow currywurst became Berlin’s favorite street food (and where to try it)
Tagged
Music + Nightlife Berlin, Germany
What did you think of this story?
Meh
Good
Awesome

The wildest pavilions on display at Expo 2020 Dubai right now
The 8 best movies and shows to watch before going to Paris
Every roller coaster at Cedar Point, ranked
5 must-visit music venues off Nashville’s main drag
American Airlines tells Olivia Culpo to ‘put a blouse on’ before boarding her flight to Cabo

Why you need to hang out in Berlin’s Kreuzberg neighborhood

10 reasons why we should move to Berlin right now

8 best cafes in Berlin to get work done

23 awesome expressions to know before you travel to Germany

Berliners are trying to break the sausage dog world record

A new section of the Berlin Wall was just found

This famous section of the Berlin Wall, covered with street art, is now protected

Where to discover the best street art in Berlin

The time to sing from our balconies is upon us. These are the songs to sing.

The 10 commandments of attending a live drag show