To those who don’t have their finger on the pulse of the international racing scene, Formula One (or F1) might sound like a sketchy mouthwash being tested on guinea pigs. However, if you don’t recognize Formula One by name, you’d probably recognize its very specific and eye-catching cars (putting the “formula” in F1) or legendary tracks like the Circuit de Monaco that transcend the sport itself.

With the fastest regulated race cars in the world ripping along some pretty scenic tracks from Singapore to Hungary, F1 is no NASCAR spinoff. An aura of wealth surrounds the sport, of both the steep cost of competing and the luxurious cities in which races often take place. More popular in Europe and Asia than in the US, the sport is becoming increasingly popular as viewers around the world are riveted by the eye-watering speeds and lavish race backdrops.

Whether you’re hoping to catch a race at the end of the 2022 season or looking ahead to 2023, these are the world’s coolest Formula One tracks. 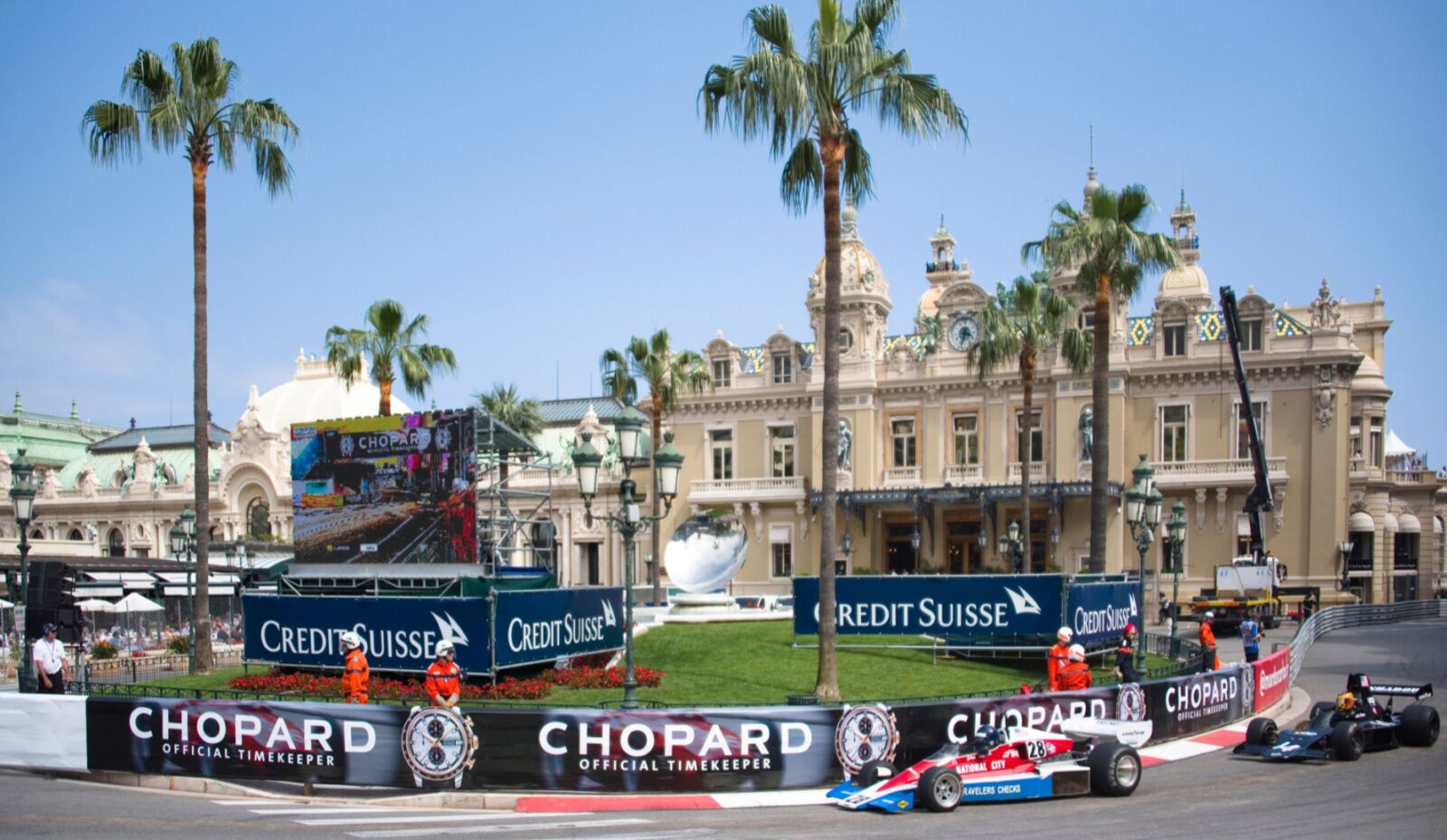 The roughly two-mile race circuit winds through the streets of the Monte Carlo neighborhood. It’s used on three weekends in April and May for the Formula One Monaco Grand Prix, Formula E Monaco ePrix, and Historic Grand Prix of Monaco. Often called the most challenging track in all of Formula One racing, the circuit has both the slowest and quickest corners in Formula One and is defined by its twisting shape that favors driver skill over car power. A few of the most notable stretches include the Avenue des Beaux Arts, the section passing the Monte Carlo Casino, and the dangerous tunnel running under the Fairmont Hotel. 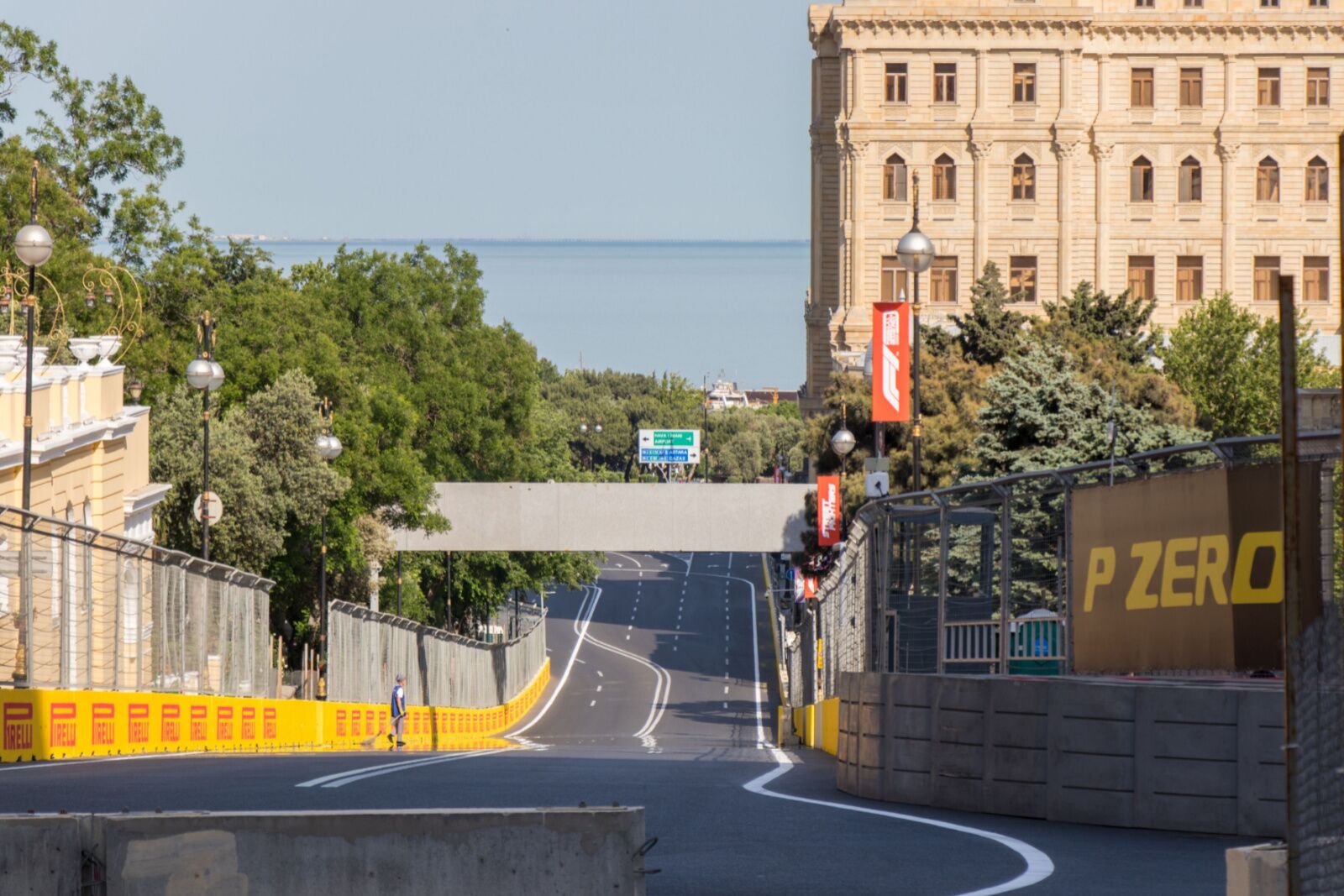 When you think of one of the most opulent sports in the world, you might not consider Azerbaijan as a likely hosting candidate. Azerbaijan is the perfect confluence of old and new. With roots in Soviet-era architecture and industry, the country is now at the forefront of hyper-modern infrastructural development and new buildings that give Dubai a run for its money. Tourism hasn’t yet overtaken the country, but that’s even more reason to check out your first Formula One race here.

The Baku City Circuit spans 3.7 miles and hosts the Azerbaijan Grand Prix. It begins next to Azadliq Square, loops around Government House, then goes west to the Palace of the Shirvanshahs and Maiden Tower, before circling the Old City and returning to the start line. The fastest street circuit in the world, Baku City Circuit is also the second-longest circuit on the Formula One calendar. 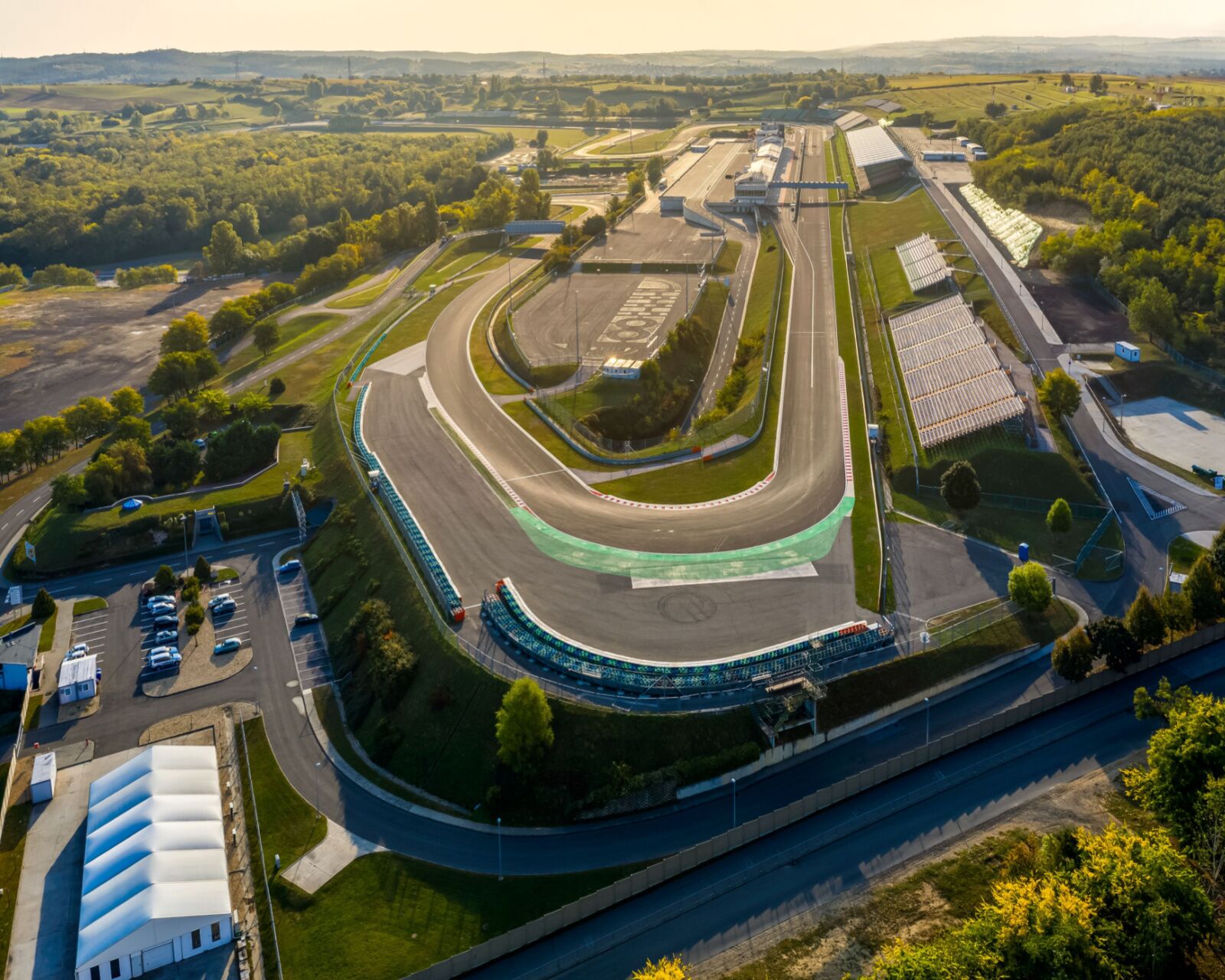 A town of just under 7,000 people in Hungary might sound like an unlikely candidate to host a Formula One race, but Mogyoród is the home of the annual Hungarian Grand Prix. A small, traditional village, Mogyoród is known for its 18th-century Roman Catholic church, a stone statue of St. John of Nepomuk, and a Baroque parish. In 1986, the village became the first to host a Formula One Grand Prix behind the Iron Curtain, and the Hungarian Grand Prix remains an iconic race to this day.

Built outside Budapest, the Hungaroring racetrack is likely the reason the small town of Mogyoród is the third most-visited Hungarian destination by tourists. Unique for its dry, dusty atmosphere and twisting shape, the track makes it difficult for drivers to overtake each other. Apart from Formula One races, the track also hosts experiences for visitors, such as Adventure Taxi, Formula One trials, Motorcycle Open Day, and walking tours. 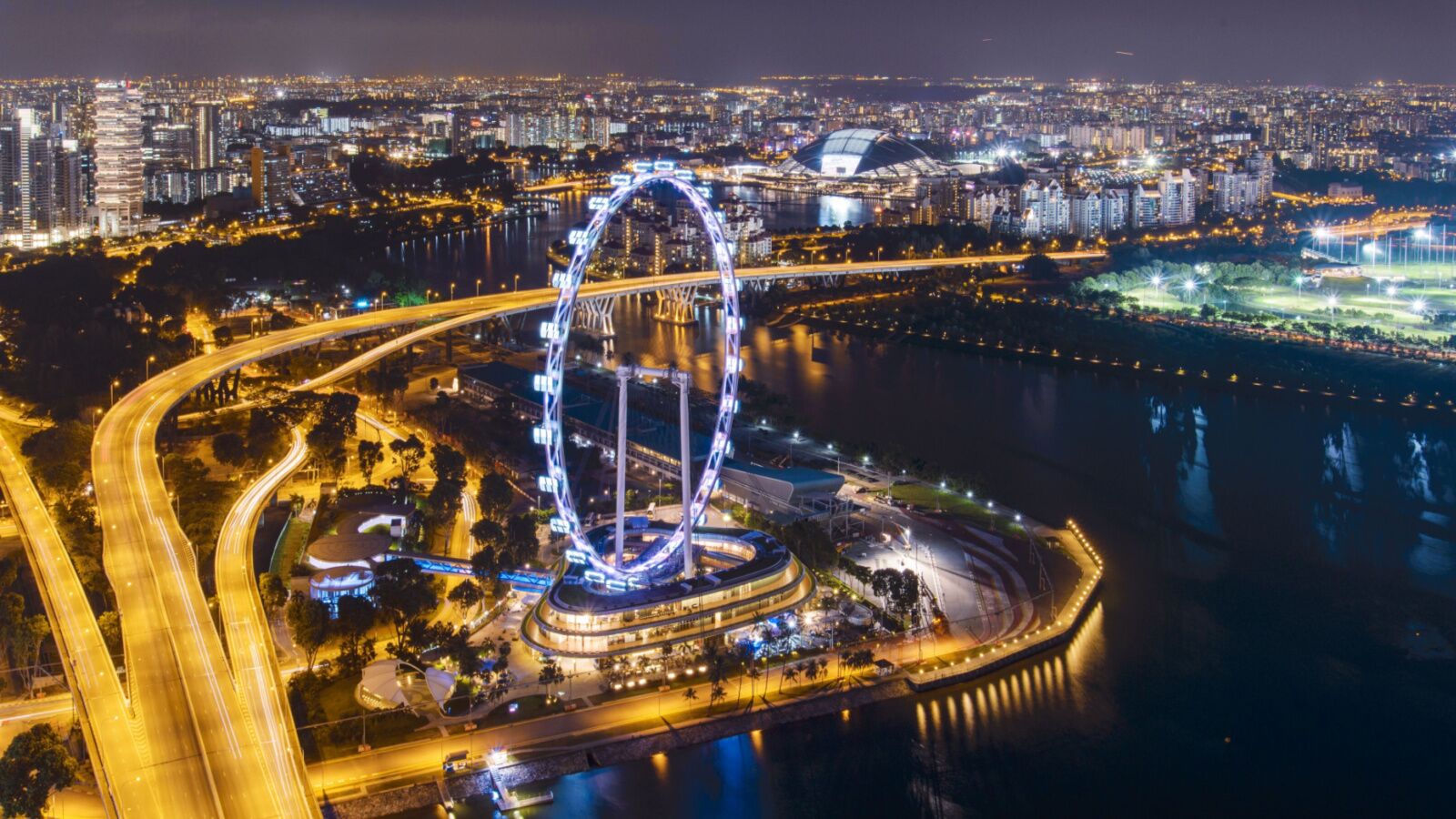 Like Monaco, Singapore has become synonymous with luxury and progress, making the island nation and city-state the perfect Formula One location. Home to the world’s largest rooftop infinity pool, ancient temples, sprawling gardens, and cutting-edge architecture, there are plenty of reasons to visit Singapore, even if you’re not a Formula One fan. But if you are, the Marina Bay Street Circuit shouldn’t be missed.

The site of the Singapore Grand Prix, the Marina Bay Street Circuit, spans the historic downtown and Kallang, a residential neighborhood. The 3.1-mile track runs along the harbor, under the Benjamin Sheares Bridge, down Raffles Boulevard, and continues past City Hall before eventually ending just beyond the floating platform at Marina Bay. The track uses powerful lighting systems to replicate daylight conditions, so events can be held at night there on European time. 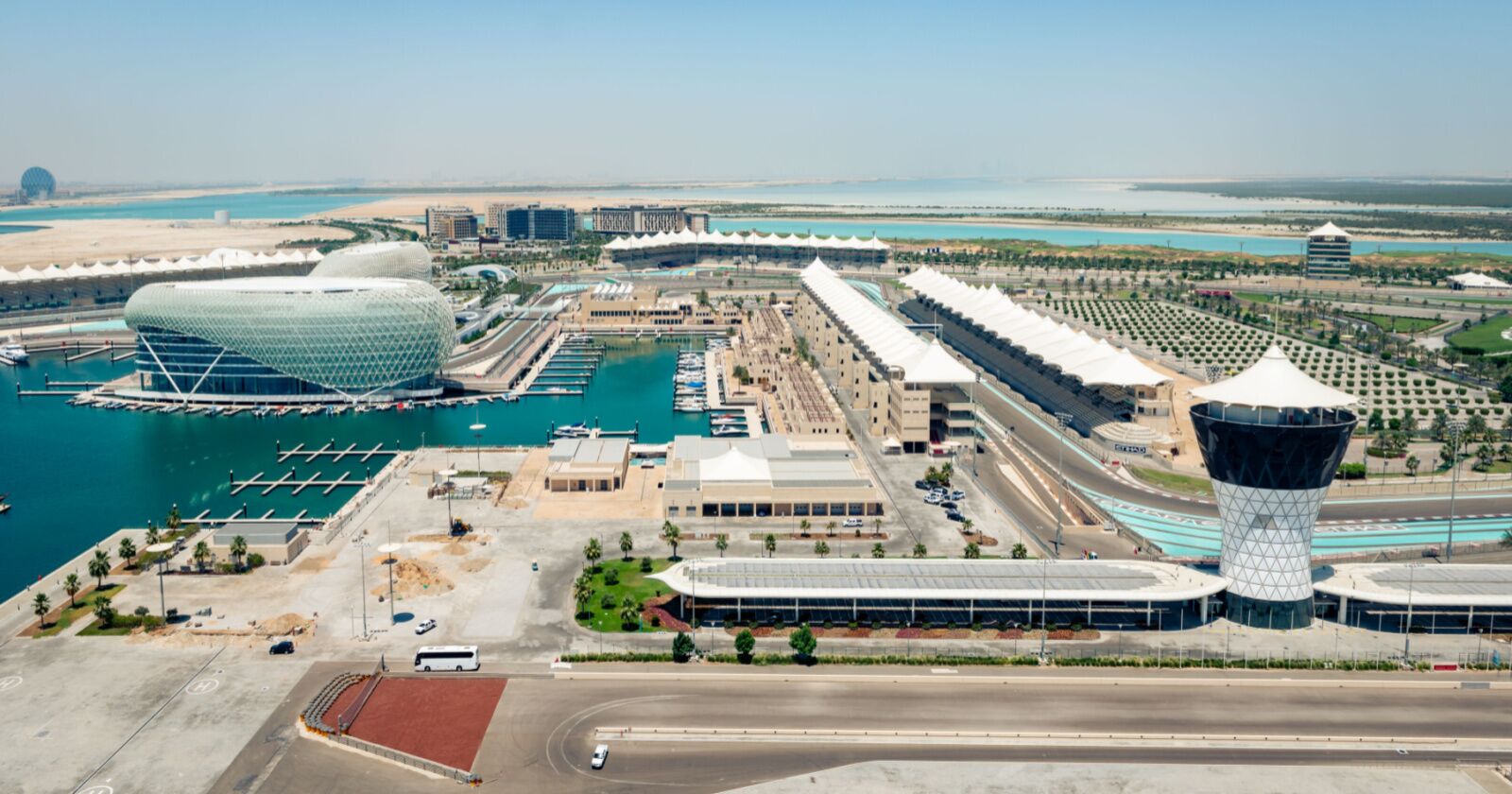 The United Arab Emirates is known for being on the cutting-edge of technology, innovation, and doing pretty much everything on a grand scale. Formula One in the Emirates is no exception. Yas Marina Circuit is located 30 minutes from the city of Abu Dhabi, the capital of the UAE, on an island. It’s the second Formula One track built in the Middle East (behind the one in Bahrain) and hosts the annual Abu Dhabi Grand Prix.

The Yas Hotel Abu Dhabi is located on the beautiful Yas Island, a headland separated from the mainland by a canal, and the track runs past the marina through the Yas Hotel. It has five grandstand areas, and part of its pit lane runs under the track. Like at other Formula One circuits, visitors have the ability to drive the track themselves on one of the special drive experiences. You can try out a Formula One car, or simply take your own vehicle to see how it stacks up next to the heavy hitters. There are also go-karts and guided tours available.

OutdoorWomen in Extreme Sports Discuss the Challenges of Working in a Male-Dominated Industry
Tagged
Extreme Sports Travel
What did you think of this story?
Meh
Good
Awesome