These days, the latest in movies, music, and television can become worldwide phenomena overnight, attracting previously unseen levels of fandom. And because this pop culture mania dictates everything from the costumes we wear on Halloween to the dinner-table conversations we share with friends, cultural institutions like museums have jumped on the bandwagon in the hopes that we pay them a visit. Whether you’re a compulsive binge-watcher, dedicated Top 40 follower, or mega movie buff, keep these museum exhibitions on your radar to further indulge your pop culture obsessions. 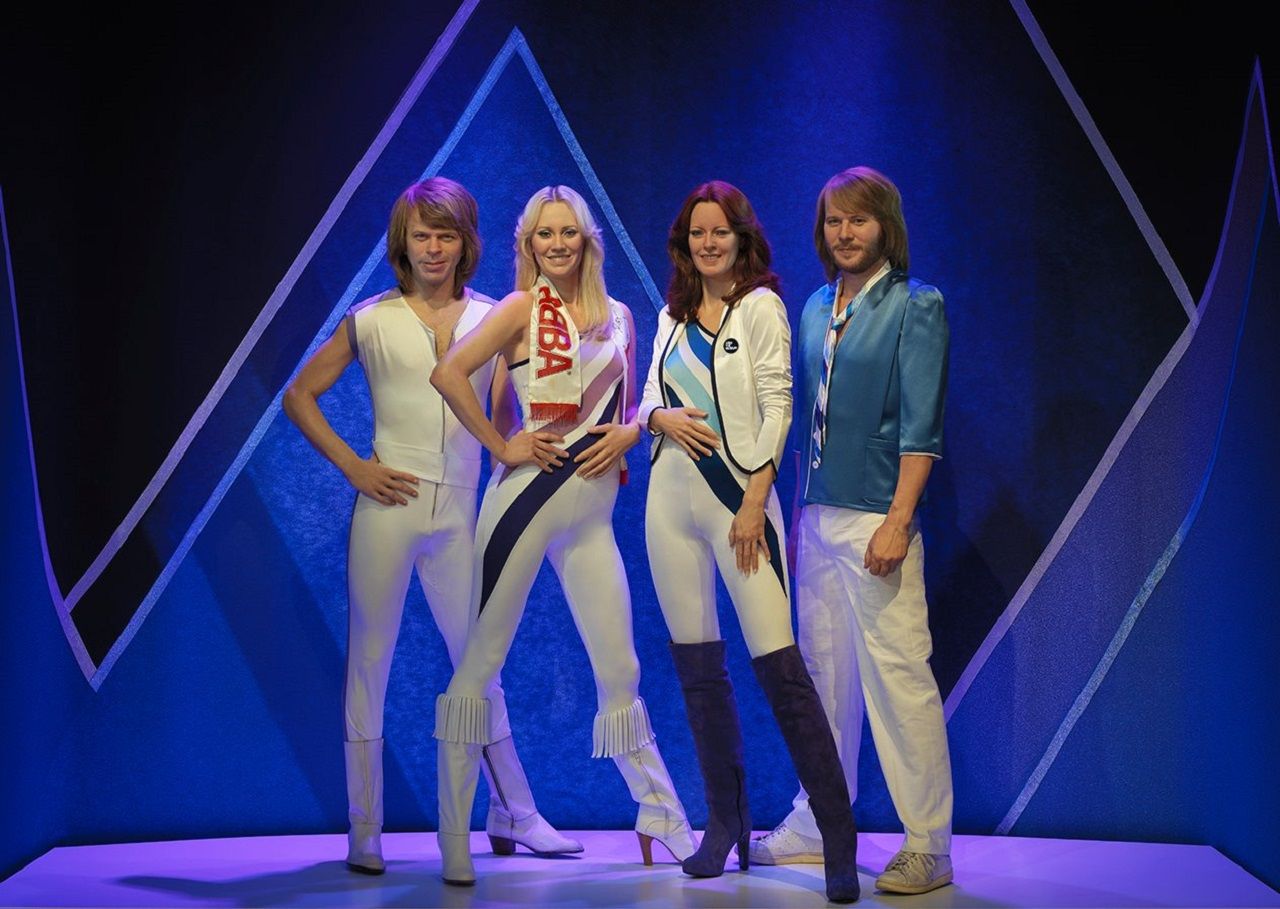 ABBA and IKEA are the biggest cultural imports to break out of Sweden, but the IKEA Museum in Älmhult doesn’t hold a sensibly priced candle to the ABBA Museum in Stockholm. Few museums do. The show-stopping exhibition takes interactive to a whole new level by offering visitors the chance to virtually join the Swedish sensation. Sure, you’ll see memorabilia like outrageous costumes and original instruments behind glass displays. But you can also digitally put on the band’s iconic wardrobe and hop in a recording booth to layer your voice onto classic tracks, then watch yourself perform with the supergroup on screen.

To top things off, the museum has a phone that only ABBA’s members have the number to — and actually call — so put your cell on silent and cross your fingers that it rings during your visit. Regular admission costs $27.50 for adults and $10.50 for kids. Families of up to two adults and four children can get in for $65. Audio guides are also available for an additional $2. 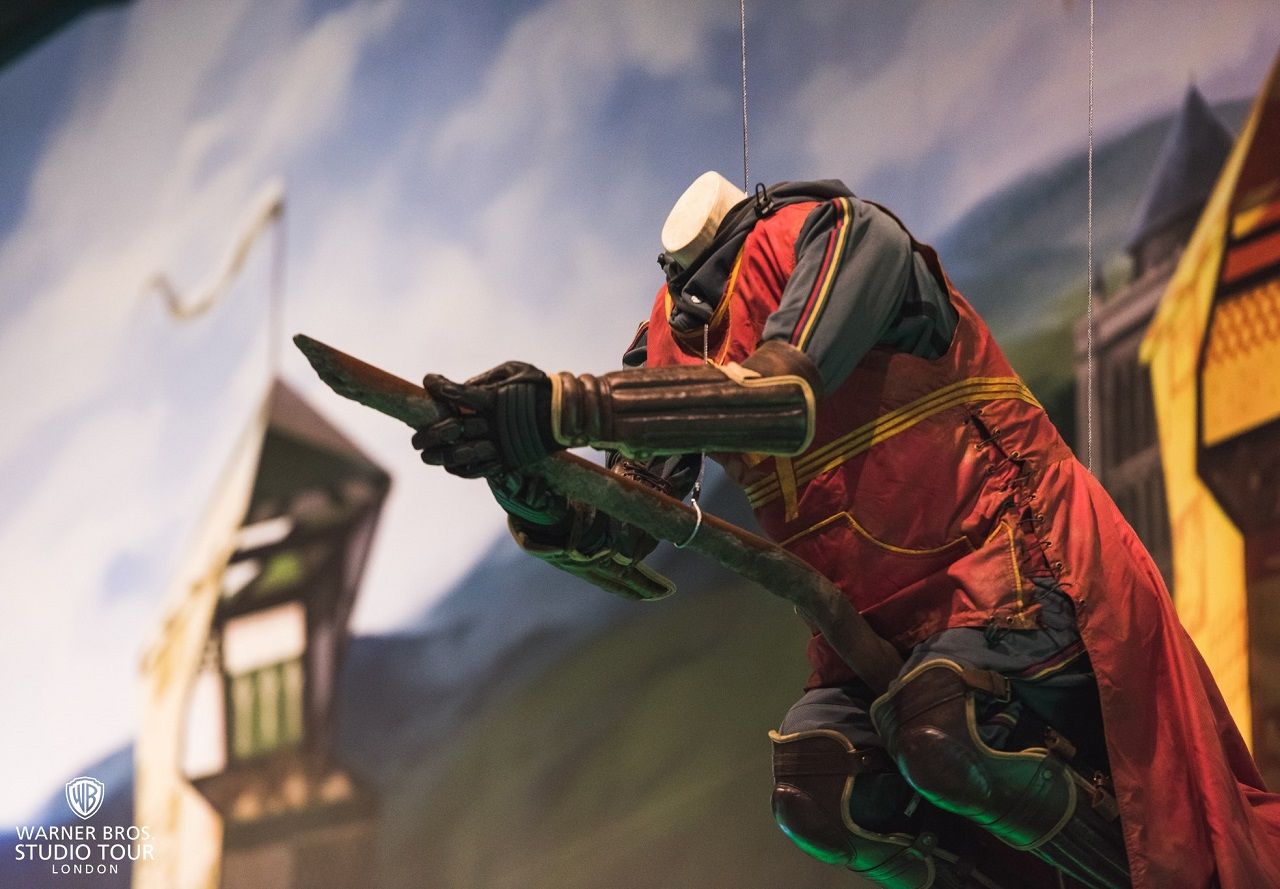 Anyone who came of age in the post-Potter world remembers holding out hope for his or her Hogwarts acceptance letter. Some are probably still waiting. Luckily, there’s an easier way to experience the wizarding world firsthand thanks to this Warner Bros. Studio Tour. Visitors can traipse through the Forbidden Forest or window shop in Diagon Alley before perusing the costumes worn and props wielded by their favorite characters. The exhibit also offers insight into the visual and special effects used to bring the best-selling books to the big screen, showcasing everything from a mechanical Whomping Willow to a scale replica of Hogwarts to three animatronic models of Hagrid’s beloved Buckbeak.

The studio consistently hosts special events like a Dark Arts-themed Halloween and Christmas dinner in the Great Hall. Tickets for regular entry cost $54 for adults and $43 for visitors aged five to 15. Children four and under get in free, though tickets are still required for admission. 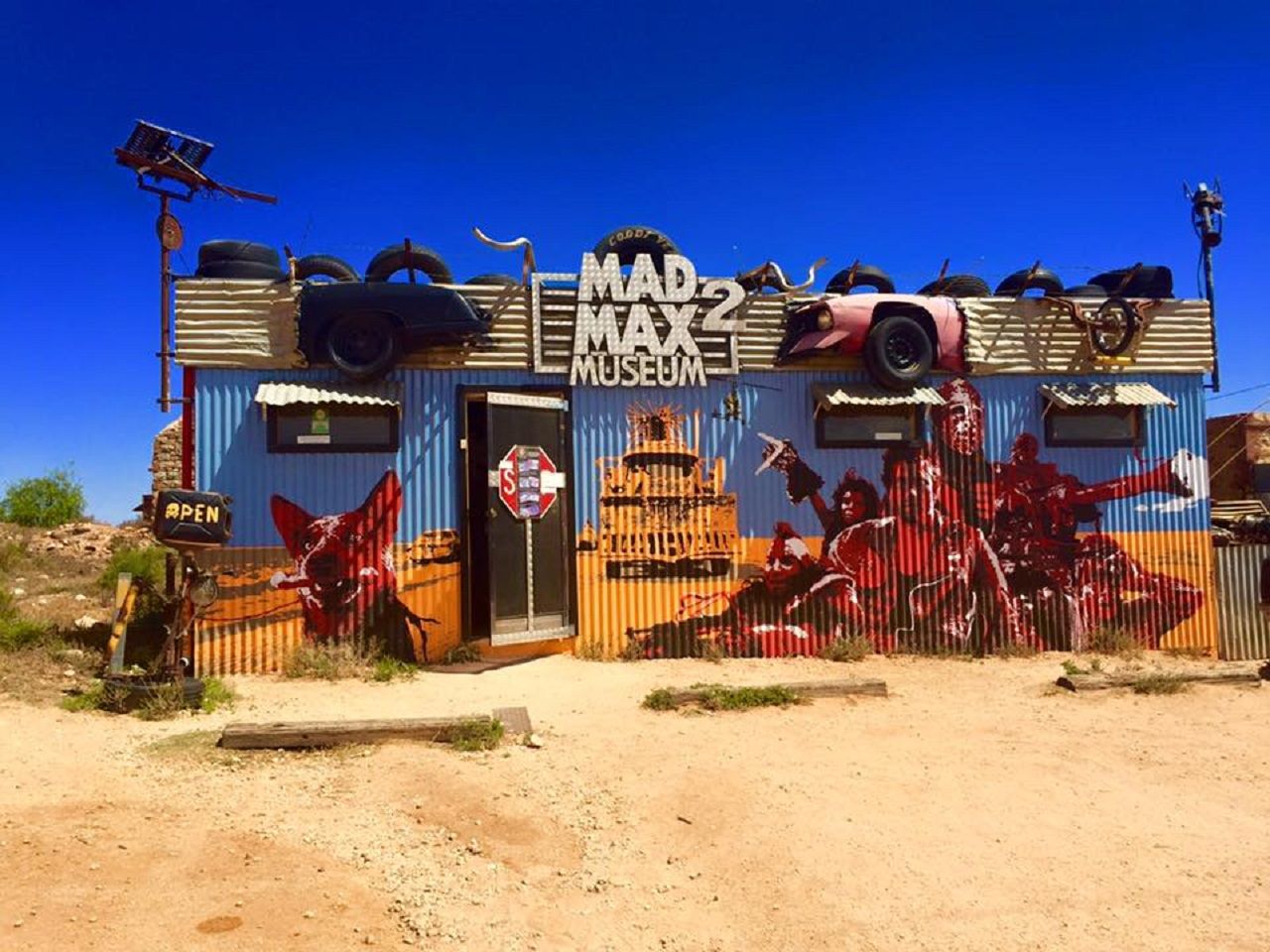 The rustic, remote Australian Outback village is as close to a post-apocalyptic landscape as it gets. Silverton was an obvious choice for Mad Max 2 location scouts, hence this tribute museum, which focuses on the franchise’s 1981 sequel. Don’t expect a stuffy display here; visitors can get up-close and personal with a collection of costumes, props, artwork, photographs, and, of course, cars related to the film that can hardly be contained by the museum walls. Moreover, owner Adrian Bennett is enthusiastic, informative, and eager to share his movie knowledge. Next time you’re driving through the Red Center, stop by the Mad Max Museum between 9:00 AM and 5:00 PM for a casual, yet thrilling, tour that’ll run you just $10 or $5 for kids.

Beatlemania may have reached its peak in the 1960s, but the Fab Four’s fandom never died down. This award-winning exhibit in the band’s hometown takes visitors through the lives and careers of its iconic members, from their early days to their solo projects. Highlights include replicas of the venues where the Beatles paved their path to stardom and an extensive collection of instruments and other memorabilia. Audio guides narrated by Julia Lennon, sister of frontman John Lennon, give the tour a more intimate touch. There’s also a Discovery Zone with educational, interactive exhibits for kids, including a giant floor piano. Tickets cost $22 for adults, $16 for seniors and students, and $13 for kids aged five to 15. 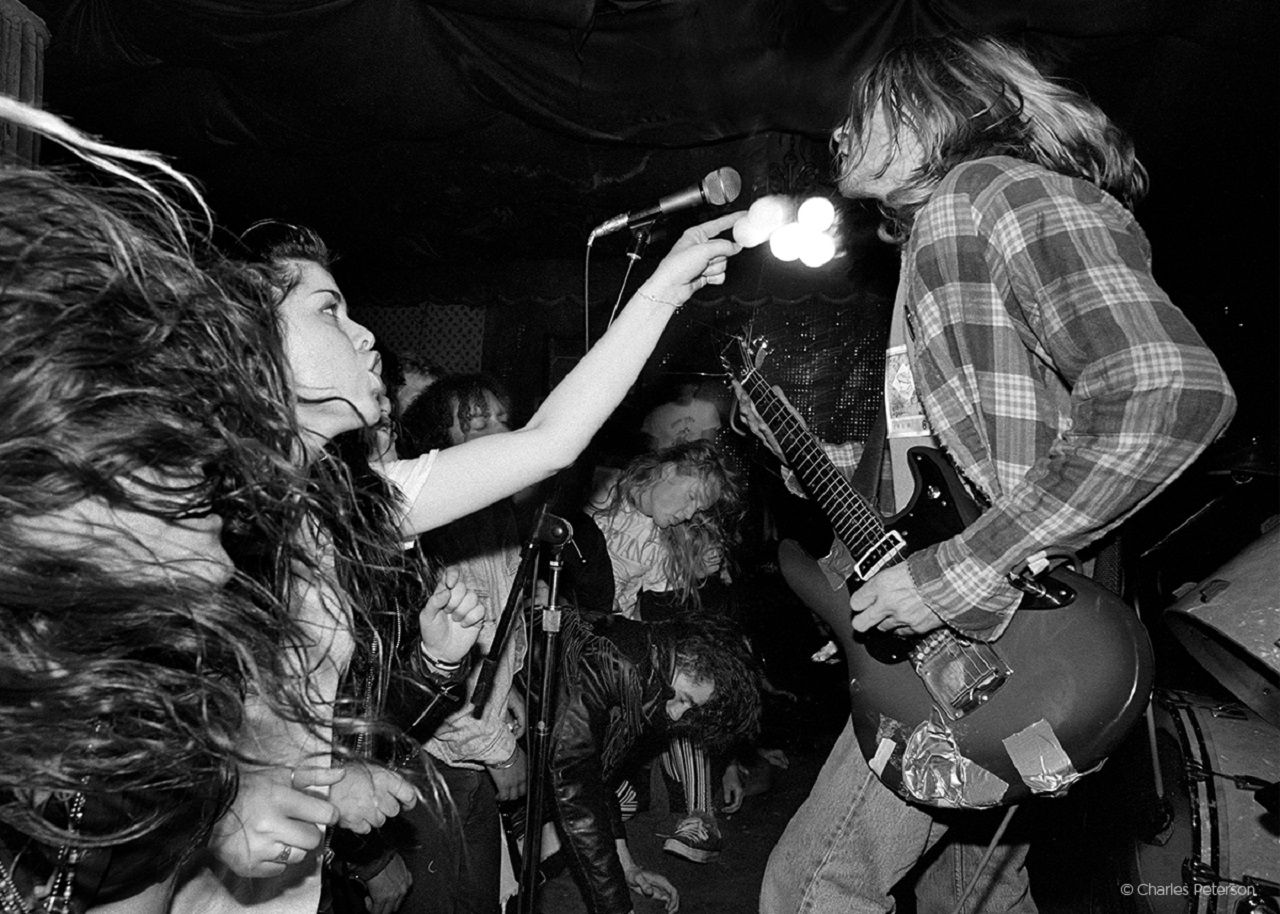 No city could pay homage to Nirvana quite like Seattle, whose grunge rock scene famously gave the band its start. Visitors to this exhibit are able to check out Kurt Cobain’s Fender Strat and Dave Grohl’s drum kit alongside other authentic instruments and artifacts. Featured photography lines the walls, transporting you to the sweaty dance floors of Nirvana’s heyday and making you a fly on the wall of the band’s touring era. Admission to the Museum of Pop Culture costs $28 at the door and includes access to the other exhibits. 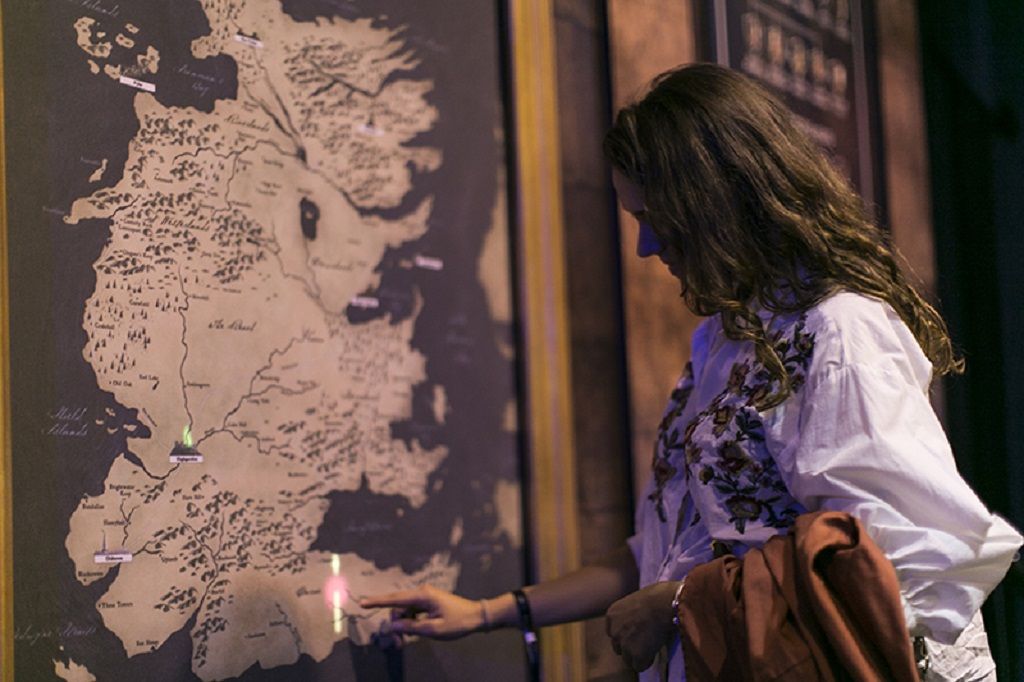 Buckle up, Game of Thrones fans. This traveling exhibition brings you one step closer to losing yourself in the Seven Kingdoms once and for all. It features set decorations from iconic locales like King’s Landing and Castle Black, and visitors can, of course, pose with the Iron Throne itself. Tons of other props and costumes are also on display, and the exhibition relies heavily on interactive elements to bring the epic fantasy world to life. The next stop on this George R.R. Martin-inspired extravaganza is Oberhausen, Germany, where it will be from late November 2018 to February 2019. Tickets cost between $16 and $23. For more information on where the exhibit will be going next and what to expect on your tour, visit the official website.

Downton Abbey made us all want to step back in time to early-20th century England. Starting November 10th, 2018, we need only travel as far as West Palm Beach to immerse ourselves in the lives of our favorite aristocrats. This exhibition offers a history lesson through the lens of TV’s post-Edwardian saga, and visitors will be surrounded by enough props and set-design elements to feel like they’re touring the actual Crawley estate. But the real standout has to be the collection of intricate, elegant costumes that were worn throughout the series and are now on display.

Previously held in New York City, the exhibition will be in Florida through April 22nd, 2019. There are high hopes that it will continue on though no further locations have been announced. Regular admission is $35. VIP passes are also on sale for $49, complete with audio guides. 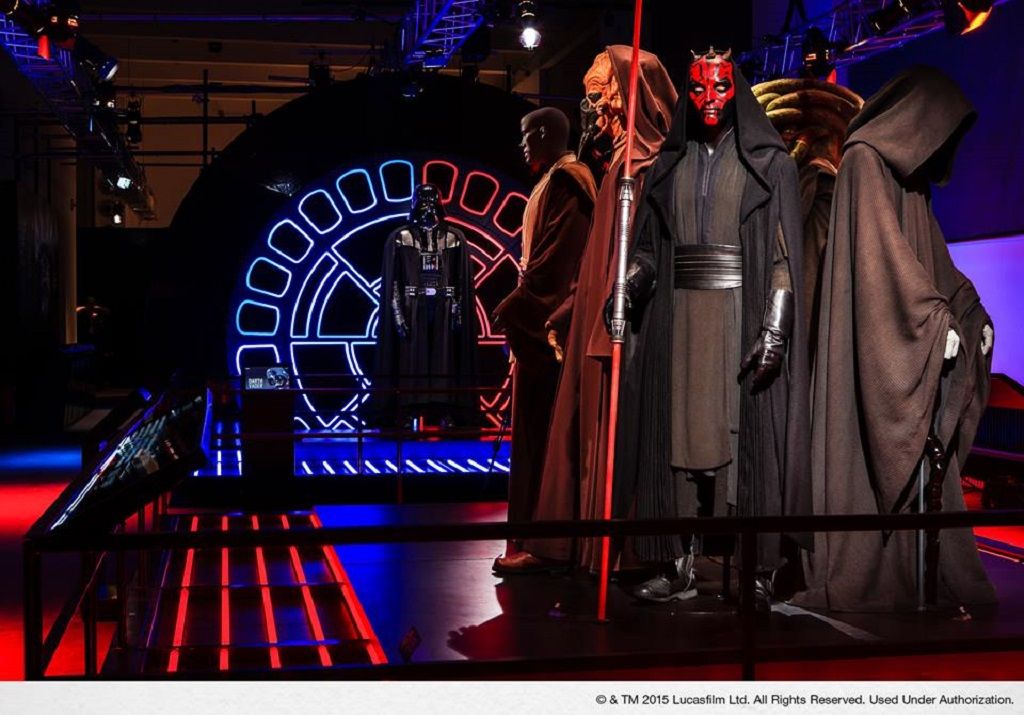 Opening in a suburb of Sydney on November 16th, 2018, this traveling Star Wars exhibition will be hosted at the Powerhouse Museum until June 10th, 2019. Models of all your favorite characters, from Luke and Anakin to BB-8 and Chewbacca, are on display along with iconic props and paraphernalia from a galaxy far, far away. In total, there are 200 artifacts showcased in addition to creations from the art departments behind the films.

The theme of the exhibition is identity, meaning you’ll get in-depth backstories on everyone featured, as well as the chance to build your very own character whom you’ll meet at the end of your tour. The website notes that you’re allowed to come in costume but asks that you leave your stormtrooper helmets and lightsabers at home. Tickets are $36 for adults and $23 for visitors aged four through 16. Four-person family packages are also available for $95. 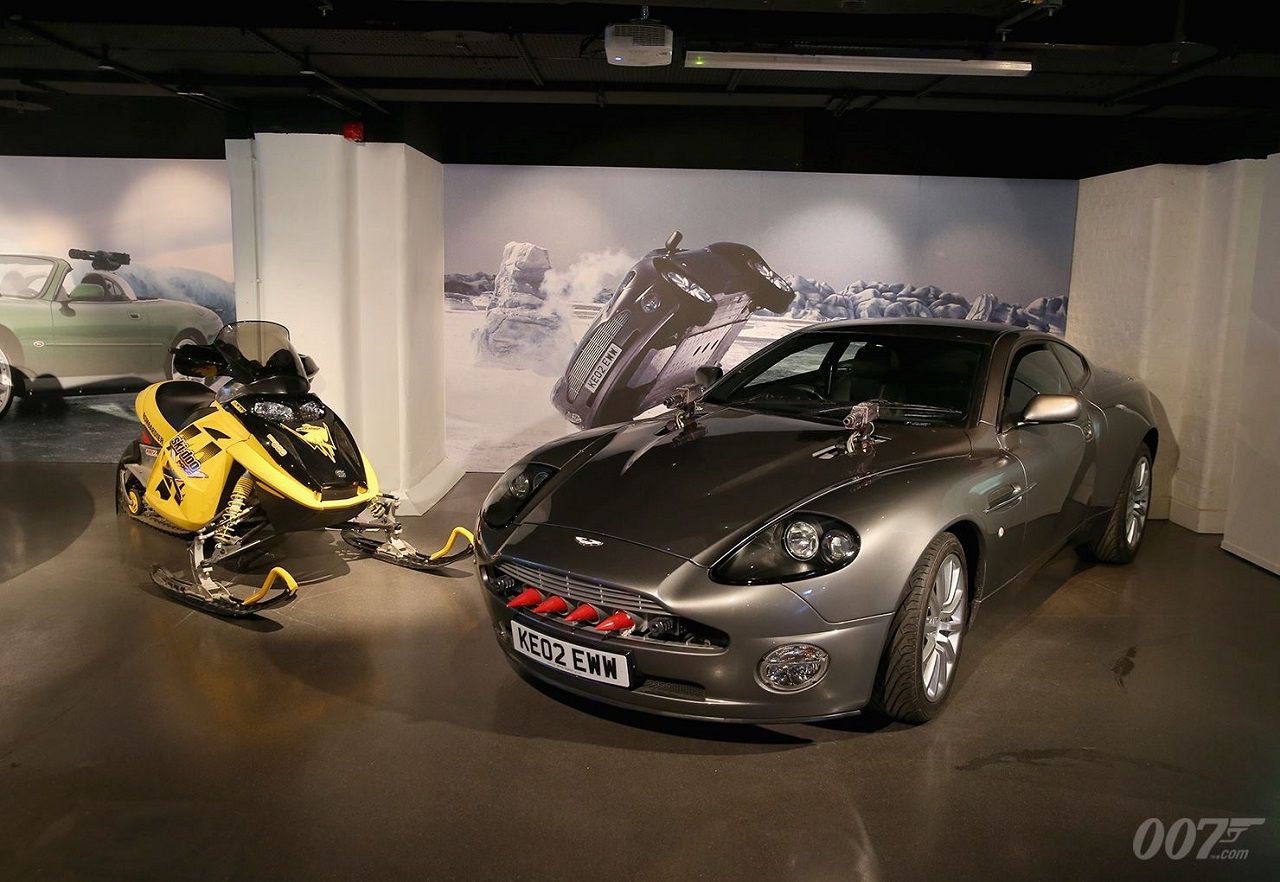 James Bond wouldn’t be 007 without his high-tech, high-speed wheels. Knowing this, the London Film Museum in Covent Garden is staging an exhibit dedicated to the spy’s cars and other impressive vehicles, including boats and motorcycles. You’ll see the quintessential Aston Martin D85 displayed alongside classics like the Lotus Esprit S1 from The Spy Who Loved Me. Visitors also get a sneak peak at the creative direction behind Bond’s conveyances with featured memorabilia from the filmmaking process. Standard tickets for Bond in Motion will run you $19 and $12.50 for children up to 15. Audio guides cost an extra $7.

10. And the GRAMMY Goes To — GRAMMY Museum, Cleveland, Mississippi

A post shared by Cleveland Mississippi (@clevelandmississippi) on Aug 15, 2018 at 5:30am PDT

If you’re the type to host an annual GRAMMY viewing party, you’ll be delighted to learn that you don’t need to wait for next year’s show to get your fill of GRAMMY goodness. This traveling exhibit will be on at the GRAMMY Museum in Mississippi until February 19th, 2019, giving you the chance to all but walk the red carpet yourself. Admire the dazzling outfits worn by icons like Rihanna and Beyonce, then see the piano played by pop group Fun. at the 2013 GRAMMY Awards. Also on offer are portraits of your favorite artists, along with interviews from photographer Danny Clinch while he snapped the stars backstage and a number of other behind-the-scenes features. The exhibit is open Monday through Saturday from 10:00 AM to 5:30 PM and Sundays from noon to 5:30 PM. Entry to the museum costs $12.