Peter Madonia is the third-generation owner of the more than 100-year-old Madonia Bakery on Arthur Avenue in the Bronx’s Little Italy. His family has seen a lot in the decades that they’ve lived and worked in the Bronx: Madonia’s grandfather opened the bakery in 1918 in the middle of the Spanish flu. The ensuing years brought on the Great Depression, World War II, and riots and unrest in the 1950s and ‘60s. But nothing has hit the neighborhood quite like the outbreak of the COVID-19 pandemic.

“When we had to close, it was like losing a piece of our soul,” Madonia, who also serves as the chairman of the Belmont Business Improvement District, says. “It was very much a big family in this neighborhood. And we lost our family overnight. So that was just really heartbreaking.”

For more than a century, the Bronx’s Little Italy had an ecosystem which included not just the family-owned, multi-generational bakeries, butcher shops, pasta shops, salumerias, and restaurants that populate the business district, but also the nearby Fordham University, Bronx Zoo, and New York Botanical Garden. As the lights went out on every type of business in March in New York, Madonia watched that well calibrated environment — which brought in tourists, local families, and students for shopping and eating — crumble. At first it didn’t seem like the neighborhood could recover.

“It made me really question whether we have longevity or if this was the beginning of the end,” he says. 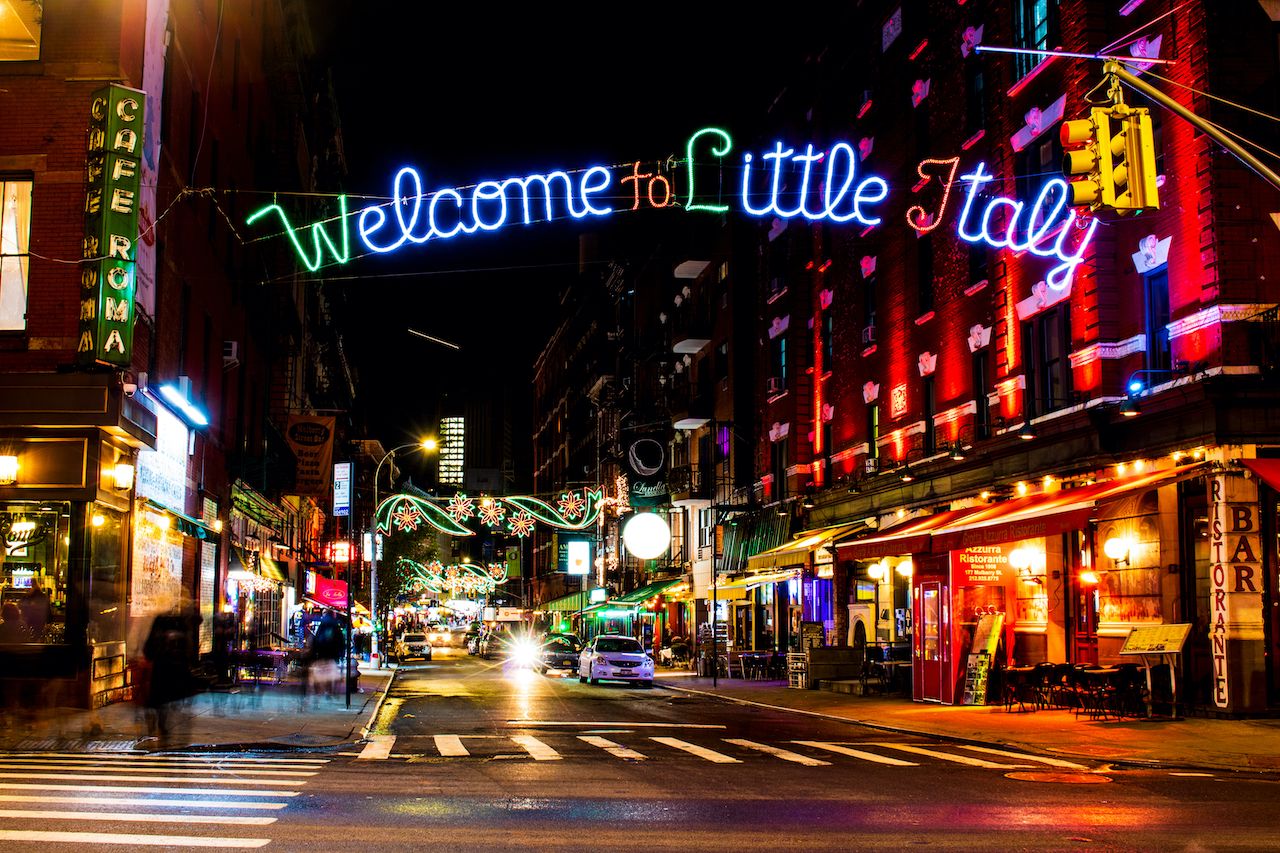 Little Italy neighborhoods across the country are especially vulnerable to the havoc that COVID-19 has wreaked on the United States’ economy. Many of the businesses that populate these neighborhoods have been operating for decades under the same families. Outside visitors are crucial to staying afloat: One million people passed through Manhattan’s Little Italy neighborhood for San Gennaro last year; the 2020 festival is canceled for just the second time in its 94-year history. With most travel still discouraged and social distancing protocols strictly enforced for everyone else, the results have been devastating for retailers and restaurants that depend on tourists for revenue. Back in July, The New York Times reported that the pandemic has “ravaged” the city’s “fragile small businesses” that “are reliant on repeat customers and foot traffic.”

“The overwhelming majority of our businesses are family owned and operated,” Li Mandri says. “They’re not publicly traded entities, and family businesses can’t just go three months without any revenue.”

Li Mandri recalls the “eerie” feeling of the neighborhood’s empty streets when Governor Gavin Newsom ordered all nonessential businesses to close on March 19. He was “devastated” by the news, but on May 8, the state released a five-phase plan that would allow California to gradually reopen hard hit businesses. At first, it seemed as though the worst of the pandemic had passed and that the state might soon return to normal. Then, California saw a sudden surge in cases. Newsom quickly backtracked his reopening plan and ordered that all restaurants revert to outdoor seating only. But this time, Li Mandri was prepared.

“We immediately worked with the mayor and the City Council to install outdoor dining at first only on Friday and Saturday night. But now it’s seven days a week,” Li Mandri says. “So now we’ve got [about] 23 restaurants that are all serving outdoors. People are starting to generate revenue again, bringing employees back, and it’s almost the way it was probably in early March before everything was shut down.” 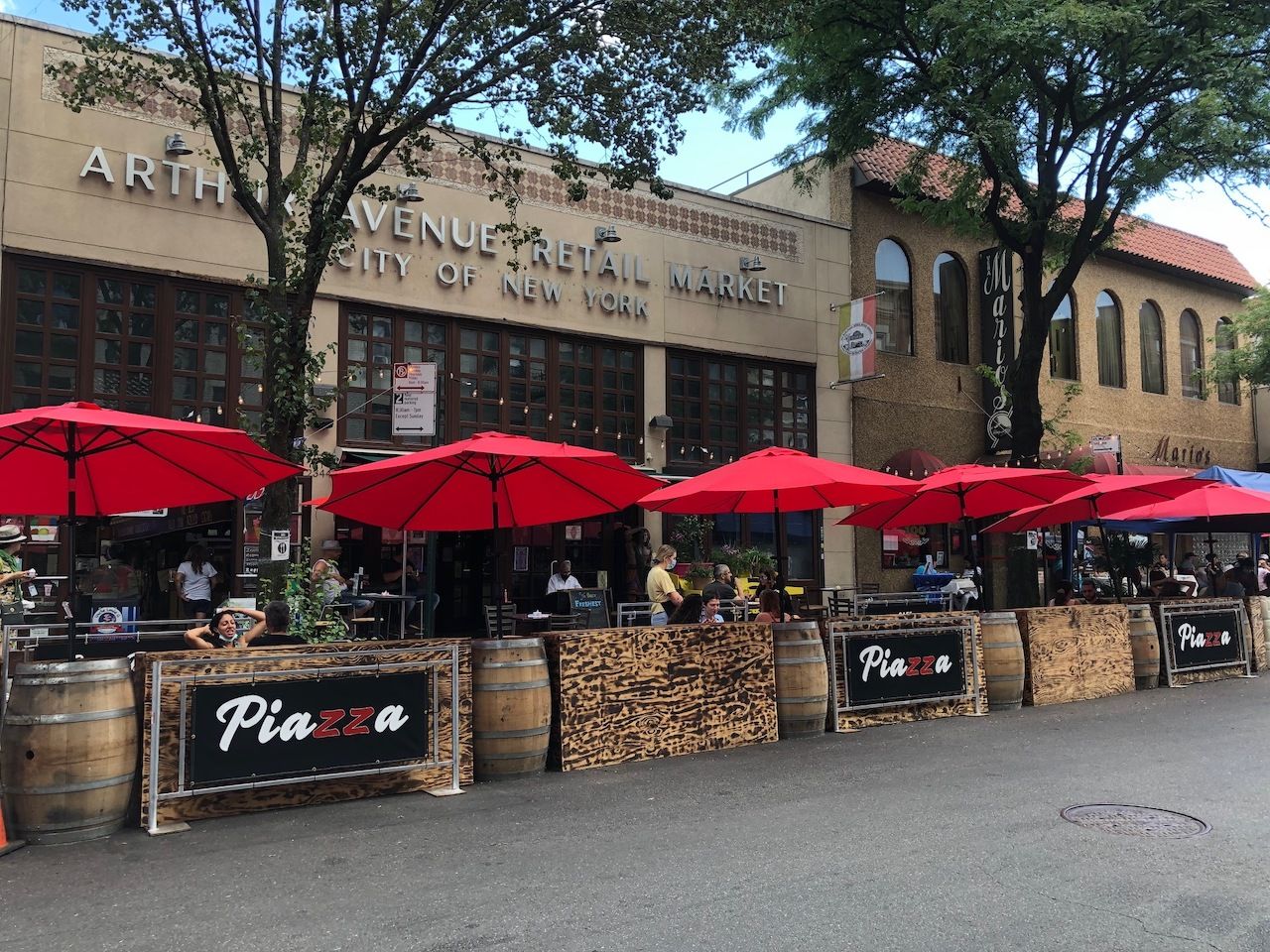 Across the country, the restaurant industry has turned to the outdoors. New York State announced that outdoor dining could resume on June 4. The Bronx’s Little Italy partnered with Sam Schwartz, former NYC traffic commissioner, to create the Piazza di Belmont, a European-style outdoor area on 186th Street that includes more than 15 restaurants. According to Madonia, the Belmont BID was about “three or four weeks ahead of the curve,” when it came to planning an outdoor dining scheme for the neighborhood.

The piazza has been a big hit in the neighborhood. Madonia says restaurants are seeing “a lot of new faces” who have dropped by to try the outdoor dining lifestyle.

“I think the notion of coming to a piazza, it gives people a little bit of hope,” he adds. “Given who we are culturally, it really resonated and stuck. If I have my say, I wouldn’t ever take this away because it’s a great vibe. They’re going to have to take me kicking and screaming to take it off the table once there’s dining inside again.” 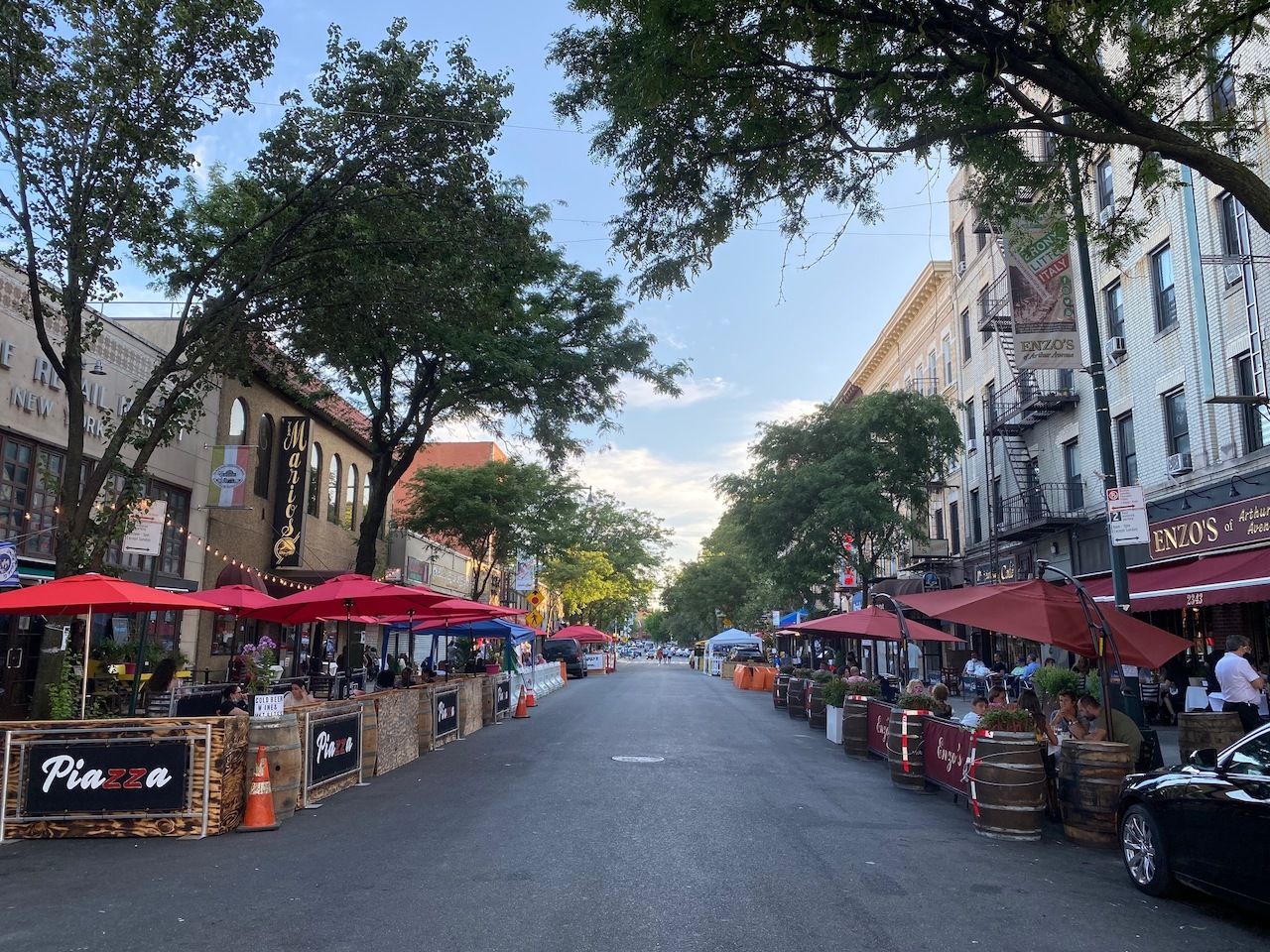 Li Mandri has been traveling across the country visiting Little Italy neighborhoods in Chicago, Providence, Boston, and San Francisco, and he says that every single one has adopted the outdoor dining model in order to survive. In San Diego’s Little Italy, sanitation teams hand out masks and wipe down everything from trash cans to outdoor furniture, and there are Purell stations on every block. In the Bronx, the sanitation guidelines are equally as strict: There is hand sanitizer available at every restaurant, and employees have been tasked with cleaning parking meters, ATMs, and door handles. But Madonia says this system simply isn’t sustainable in the long term.

“[Outdoor dining] is not going to be enough to sustain them forever,” he sys. “They have to have indoor dining again at some point.”

It seems that a long road of recovery is ahead for the mostly family owned Little Italy neighborhoods across the US. Li Mandri predicts it will take at least five years — perhaps even 10 — for local economies to recover from the pandemic.

“We’re really dealing with unchartered territory at this point,” Li Mandri says. “How do you resuscitate from that? It was a body blow to everything.”

No matter how long it takes to return to “normal” — whatever that looks like post COVID-19 — there is no chance that Little Italy is a thing of the past. These neighborhoods have survived situations that seemed insurmountable before, after all. Madonia is confident the Bronx’s Little Italy will “tough it out” eventually. But organizers and leaders within these neighborhoods can only offer up so many masks and hand sanitizer. What they need in the long term, at least from Li Mandri’s perspective, is better planning and guidance from their politicians.

Culture7 of the best Little Italys in America you probably haven’t been to
Tagged
Restaurants + Bars COVID-19 United States
What did you think of this story?
Meh
Good
Awesome

The US will soon lift travel ban for vaccinated travelers