Travel isn’t always supposed to be fun. A lot of the time, travel is about learning and pushing your personal boundaries. Often, the best way to do this is by visiting places that make you uncomfortable, whether it be memorials, ghost towns, or concentration camps. Though emotionally taxing, dark tourism destinations are incredibly powerful, and perhaps even more worth your time than the lighter, more obvious attractions you’ll find in a travel brochure.

Before you go, however, remember that visiting Chernobyl isn’t like visiting the Eiffel Tower. While emotional preparation is necessary before touring some of the world’s more troubling sites, there’s also a different etiquette to keep in mind.

Tourist misbehavior has been rampant at the Auschwitz concentration camp, for example. In January 2022, a Dutch tourist was fined for doing a Nazi salute at the gates of Auschwitz while posing for photos, CNN reports. The same week, a visitor from the Czech Republic was banned from Venice for posing topless on a war memorial.

These seem like obvious things that shouldn’t be done. Other things can be less obvious, however. We got in touch with dark tourism experts for everything you need to know before visiting the darkest places in human history.

How to prepare for a visit to dark tourism destinations

Chances are, if you’re visiting the site of a tragic historical event, one of your chief objectives is to learn. But don’t rely on getting all the information from the site itself. To ensure you get the most out of your experience, come prepared with questions in advance.

“Read up on the places in question ahead of time,” advises Dr. Peter Hohenhaus of dark-tourism.com. “Some places do an admirable job with interpretive information, especially most of the concentration camp memorials in Germany, but in other cases information can be scant or presented wrongly, such as at some prison memorial sites like Hoa Lo in Vietnam or the disturbingly revisionist Yushukan war museum in Tokyo.”

Put away food, drinks, and your phone when visiting dark tourism destinations 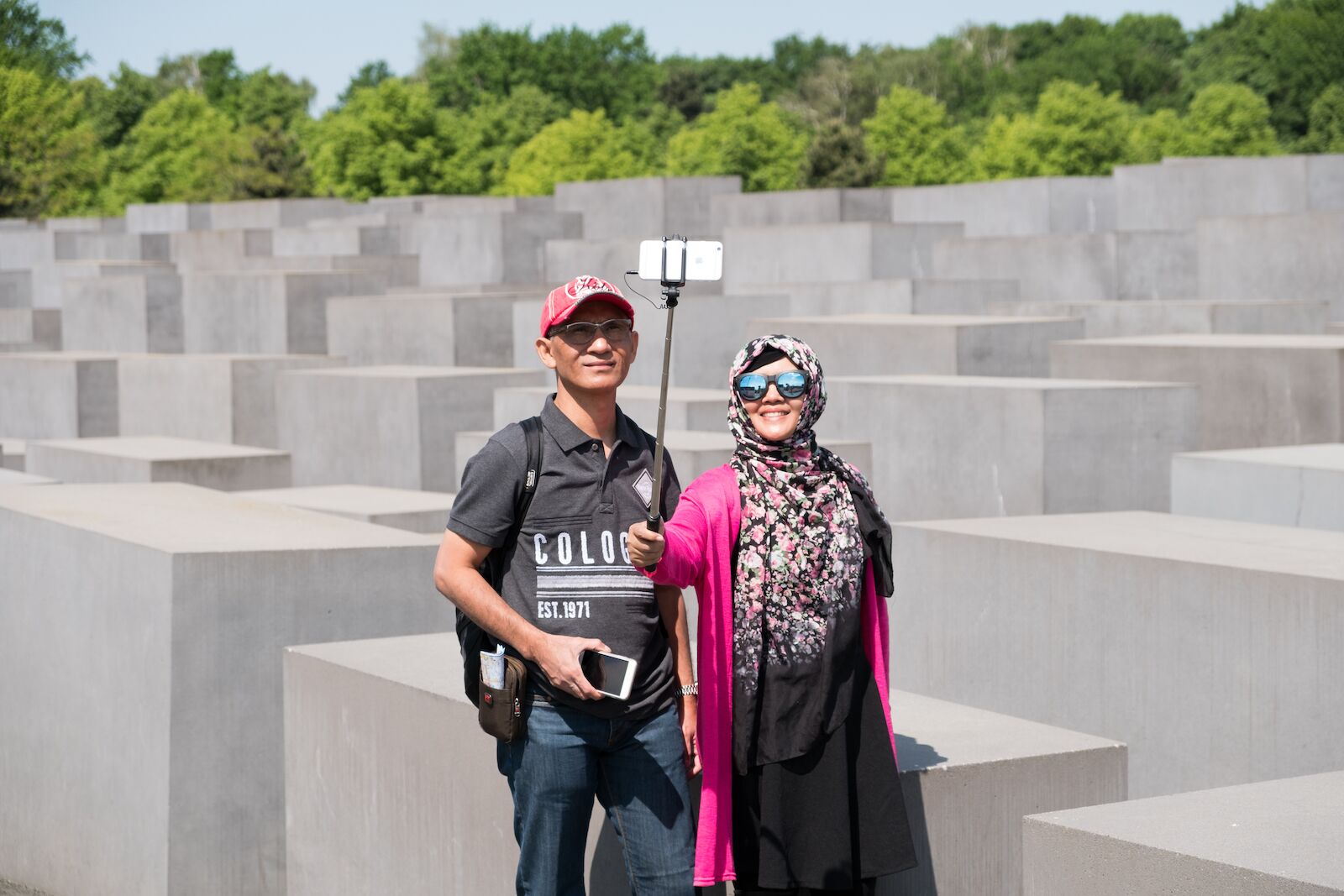 Bad tourist behavior is, unfortunately, all too common.

“There are often tourists talking loudly about unrelated topics or laughing at these sites, which is not very respectful,” says Sian Alison of Dark Tourist Trips, a company that creates itineraries for self-guided day trips. “I have actually asked people to be respectful and lower their voices on occasion. I have also witnessed people dropping litter, eating, and drinking.”

Perhaps unsurprisingly, inappropriate photo-taking is one of the biggest issues. Visitors seem to be stuck on auto-pilot, succumbing to the familiar muscle memory of taking an abundance of pictures while on vacation.

Hohenhaus recommends staying “in the moment” as much as possible. Try to put aside any distractions, and immerse yourself in the destination.

“At such sites,” he says, “what is important is place authenticity, getting a feel for the atmosphere, even aura, of a place where some significant dark chapters of history played out. So concentrate on that aspect.”

One way to do this, of course, is by refraining from excessive photography, and particularly selfies. “Being at a dark site is not about yourself,” he says, “but about the place and the victims who may have suffered there. Pushing yourself into the foreground instead, by taking grinning selfies or generally being boisterous, is therefore disrespectful.”

“I was a little shocked by the extremely excessive selfie-taking by domestic visitors at the Jallianwala Bagh massacre memorial site in Amritsar, India,” Hohenhaus says. “I don’t know if these people were just ignorant of the very tragic events that took place there or really didn’t care. Similarly, I’ve seen people munching chocolates right by the crematoria at the Sachsenhausen concentration camp memorial – even though it says in the house rules that consuming food and drink or smoking were not allowed.”

Understand that visiting dark tourism destinations can be a coping mechanism

People are fascinated by the more disturbing aspects of human history. It’s why true crime podcasts are so popular. In addition to simply being an educational experience, tragic historical sites stir emotions that more traditional destinations don’t.

“There has always been a fascination with morbid curiosity,” Alison says. “Dark tourism is perhaps one of the oldest forms for tourism in the world. It dates back as far to when public executions took place and when people used to attend gladiator and lion fights at the Colosseum.”

Alison also believes such sites illuminate difficult areas of history that can’t be fully grasped in textbooks or museums. More importantly, they provide a space for conversation.

“Dark tourism teaches people the horrors of the past by allowing you to also pay respect,” Alison says. “This form of tourism opens up difficult topics and allows deep conversations to take place. I think people are attracted to dark places to pay respect, to learn more about a tragic historic event, to be educated, and of course, simple curiosity.”

Curiosity always tends to grow when the subject matter is taboo or sensitive. But Hohenhaus suggests that our fascination with the morbid and tragic goes beyond mere curiosity, and is actually a coping mechanism for the darker elements in our own lives.

“We see our world becoming more and more threatened by political, sociological, ecological crises,” he says, “so people seek to learn about dark pasts they can relate to, and which may help them better understand the present.”

Dark tourism is not all about morbid curiosity

Usually, you take a vacation to have fun – not to become emotionally unsettled and worry about breaking strict etiquette. So why do people do it? Clearly, there’s immense value in visiting the sites of tragic events that won’t necessarily send you home with a warm and fuzzy feeling.

“Visiting places with a dark past is a way to keep those tragic memories alive, and perhaps stop these mistakes from happening again in the future,” Alison says. “It allows people to understand more about an event and educates the younger generation that may not have been around during the time of the event.”

For Hohenhaus, his time visiting dark sites has given him a more comprehensive view of the world.

“I genuinely do think that I’ve learned more about the world through these past 15 years of exploring dark tourism than through my entire formal education or academic career,” he says.

He also lauds the ability of these destinations to steel visitors against propaganda through education and example.

“It makes you less susceptible to propaganda and misinformation,” he says. “When you’ve seen firsthand the results of Communist, Nazi, or other propaganda, then you just see through current examples of propaganda more clearly, and are better able to identify it. In general, visiting dark places makes you think, and that’s always a good thing.” 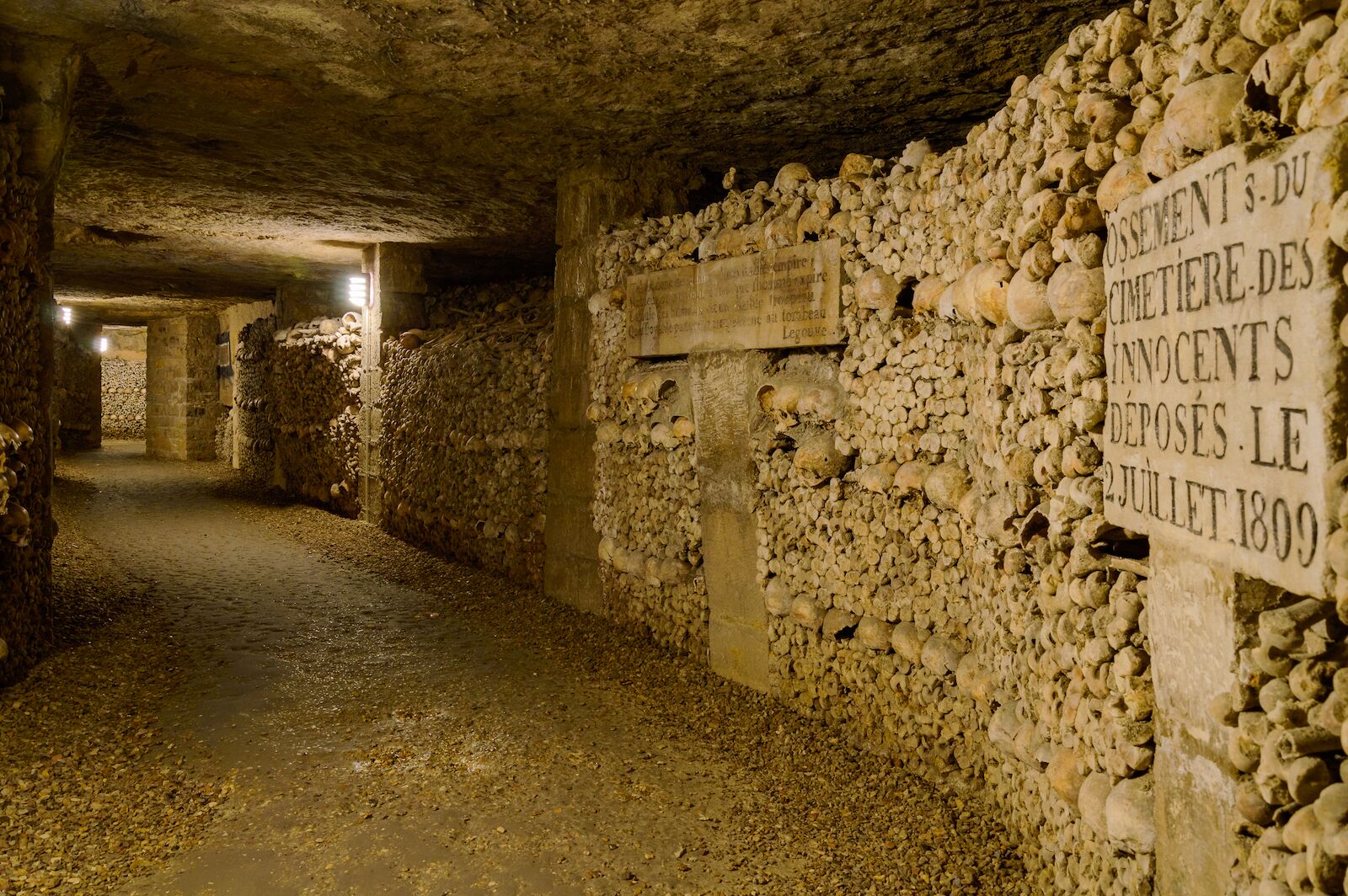 When we think of dark tourism destinations with a tragic past, we tend to think mainly of concentration camps, but there are other equally powerful sites that deserve our attention.

For Hohenhaus, “visiting places like the Titan Missile Museum in Arizona, Le Redoutable nuclear missile submarine in France, or the former Soviet nuclear test site in Kazakhstan are all very exciting, particularly because all these sites used to be extremely off limits.”

While those might be his personal favorites, Hohenhaus also recommends more popular destinations in dark tourism, including Auschwitz, Chernobyl, the 9/11 Museum in New York City, the cities of Hiroshima and Nagasaki, the Choeung Ek Killing Fields, and Tuol Sleng in Cambodia.

As an alternative to Auschwitz, Hohenhaus recommends checking out the Majdanek concentration camp near Lublin, Poland.

“It’s far less crowded than Auschwitz,” he says, “and it offers at least as much place authenticity because it was liberated as early as in the summer of 1944, when the Soviets captured the site before the fleeing SS personnel had the chance to destroy all the evidence of their deeds.”

Alison adds the Paris Catacombs to the list, as “it is a site that takes you away from all the heavy tourism sites in Paris and allows tourists to experience something unique and different.” He also recommends Alcatraz prison off the coast of San Francisco. “Its location on an island is just spectacular,” he says, “and it is interesting to hear of the tales of prisoners and the dark past associated with Alcatraz.”

Culture7 Most Fascinating Dark Tourism Destinations Around the World
Tagged
Culture Travel
What did you think of this story?
Meh
Good
Awesome