When you think of the perfect career for travel, being a trucker probably isn’t the first or most glamorous option that comes to mind. But the truth is, the life of a truck driver provides you with some of the best opportunities to explore the country, venturing to corners you never thought you’d see. Whether it’s the small towns of the Midwest, the far northern reaches of Canada, or the more tropical climate of Florida, truck drivers routinely get to live out many people’s road-trip fantasies. 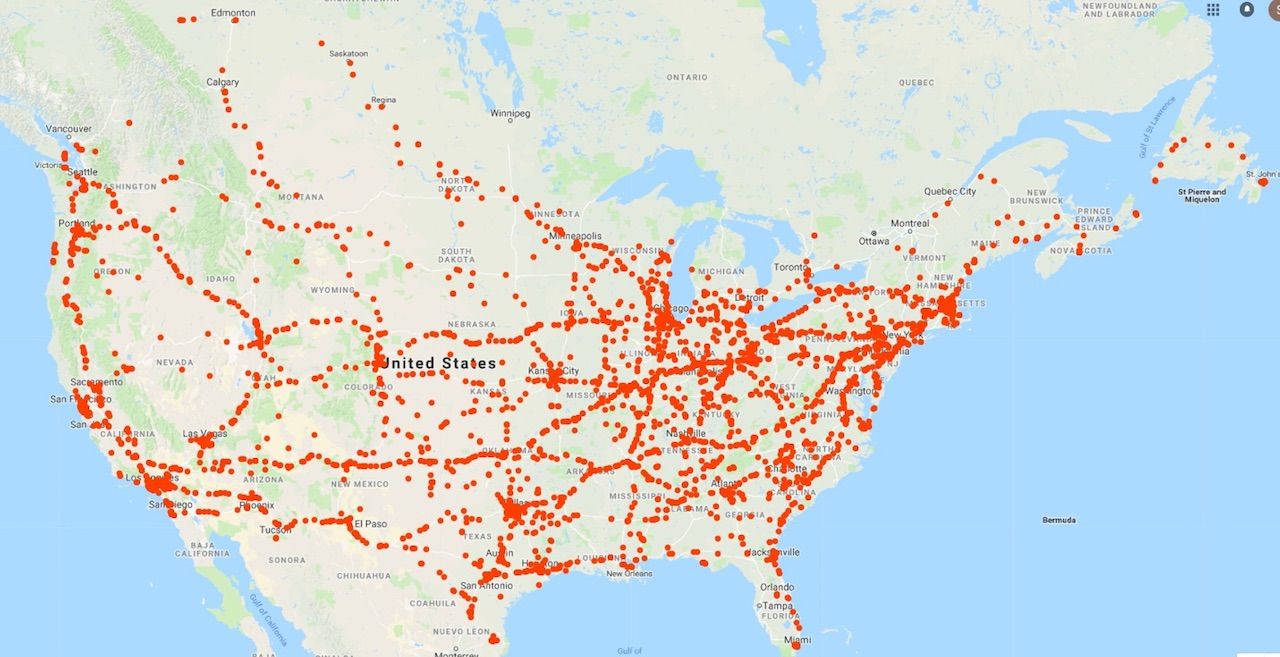 This map shows the amount of land covered by one truck driver in the course of just four years. While you might be inclined to think truck drivers simply pass through their destinations without spending much time there, the dots on the map represent locations where the driver spent over an hour. And as you can see, there are many dots.

Much of the trucker’s time was spent in the northeast as is evidenced by the big cluster of dots, but a big chunk of California was also covered, as well as a variety of cross-country routes. The stops weren’t limited to the United States, either. The trucker’s travels also spanned from Canada’s Yukon all the way to Nova Scotia.

GalleriesMeet the Badass Siberian Truckers Who Risk Their Lives Literally Driving on Thin Ice [GALLERY]
Tagged
Maps + Infographics
What did you think of this story?
Meh
Good
Awesome