American Jewish cuisine has long been created through fusion. As long as they’ve been wandering the diaspora, Jewish immigrants from all over the world have reimagined traditional dishes wherever they are, incorporating tastes and religious dietary laws with the ingredients at hand. They’ve made fans of gentiles along the way with dishes like pastrami sandwiches, challah french toast, and all manner of stuffed, infused, and rainbow-colored bagels.

Despite a history of adaptation, Passover presents particular challenges to chefs who want to welcome practicing Jews during the weeklong holiday. Kosher law, always a bit of a buzzkill, becomes even more strict to commemorate liberation from bondage in Egypt. In honor of this magnificent escape act, Jews cannot eat any food containing leavened wheat — meaning no bread, pasta, cookies, or baked goods of any shape or size. Depending on how observant one is, legumes, beans, peas, rice, millet, corn, and seeds could be out too.

Somehow, modern chefs have found ways to not only meet these dietary restrictions but to have fun doing it, too. A host of restaurants across the US now offer holiday specials, either in sit-down Seder dinners or throughout Passover, putting modern twists on classic holiday dishes like matzo ball soup, brisket, charoset, matzo brei, tzimmes, and even the dreaded gefilte fish.

If you’re tired of the same old Passover routine, or if you’re curious about the holiday but would rather not indulge in gefilte fish goo the old fashioned way, check out these restaurants serving updated Passover dishes. This is definitely not your bubbe’s Seder. 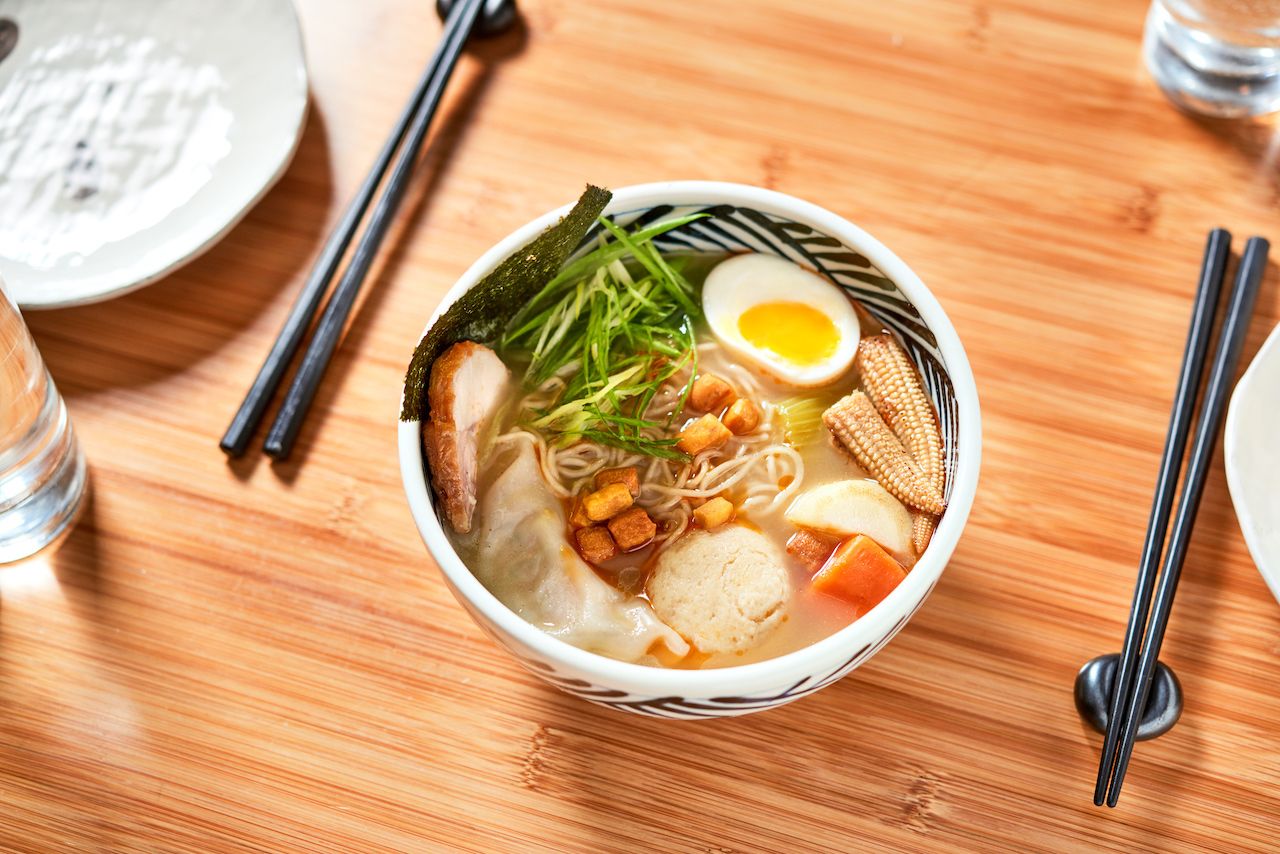 When chefs Aaron Israel and Sawako Okochi got hitched, they married their respective cuisines at the Japanese-Jewish restaurant Shalom Japan in Williamsburg. The husband-and-wife duo regularly fills tables with dishes like Sake Kasu Challah. While they offer their popular Matzo Ball Ramen 365 days a year (or 353-355 days a year on the Hebrew calendar), the chefs have also created a special menu with items inspired by the Seder plate for the weeks surrounding Passover. In gefilte fish takoyaki, for example, they fry fish sausage, egg, matzo meal, and mentaiko, and serve kewpie mayo, nori, and horseradish-tinged beets alongside. Come for dinner then come back for brunch to try the “dirty” matzoh brei made with ham and cheese. 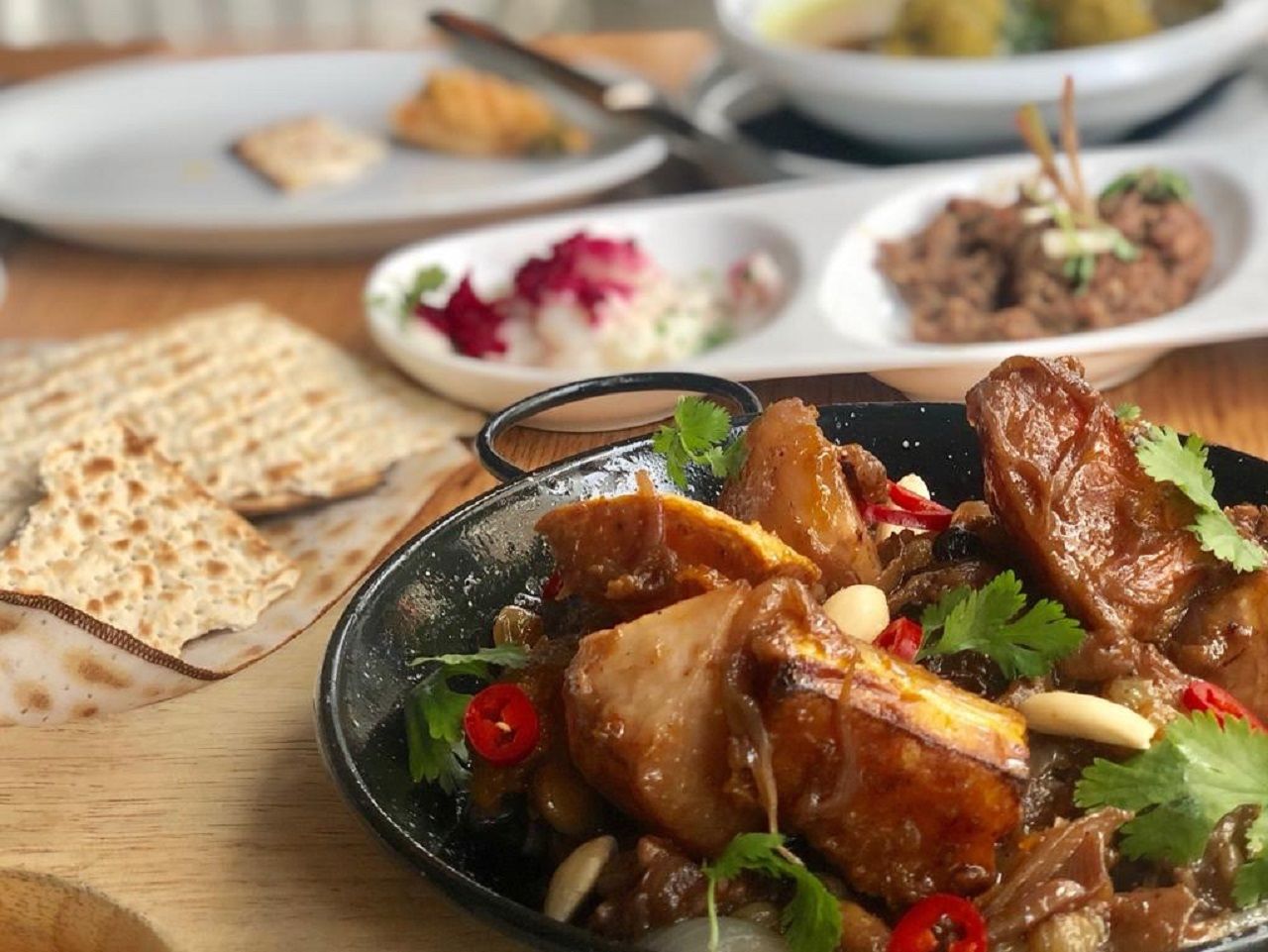 Israeli chef Einat Admony incorporates her Yemenite and Persian heritage into her food at flagship restaurant Balaboosta, and for Passover, she’s using those influences on classic Seder dishes too. A trio sampler features fish ceviche with hazeret (horseradish-topped beets), savory haroset, and chicken liver with pickled ramps. The restaurant will also serve a Yemenite chicken soup with fenugreek leaves alongside matzo balls. Over at sister restaurant Kish-Kash, which focuses on Moroccan couscous, chef Admony has prepared a special gluten-free couscous to accompany her dishes. 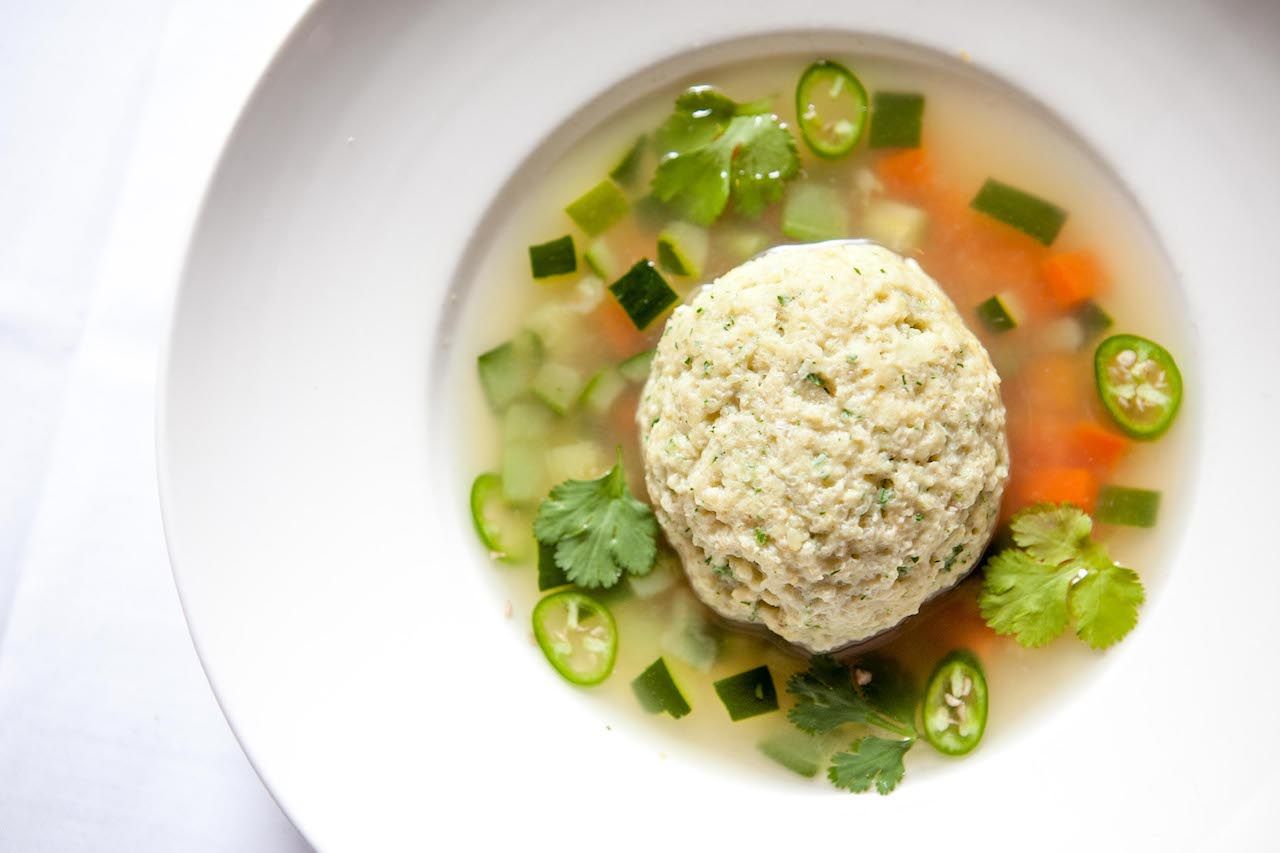 Chef Todd Ginsberg has served Seder dinners at several restaurants. At his deli General Muir, he’s inviting guests to BYO haggadahs and conduct ceremonies at their tables. Along with classic chopped liver and brisket, the chef puts his own spin on tzimmes, updating the dish with parsnips, fingerling sweet potatoes, fennel, and poached prunes. Ginsberg may even come around to your table with a sample of his off-menu Sephardic-style charoset, which could feature dates, almonds, coconut, and sherry, or it could contain local strawberries, dried fruit, and port. Meanwhile, the brunch-time matzo brei takes inspiration from the Southern classic combo of country ham and eggs, with smoked pastrami and maple syrup folded into eggs and matzoh.

5. The Rooster and Abe Fisher in Philadelphia 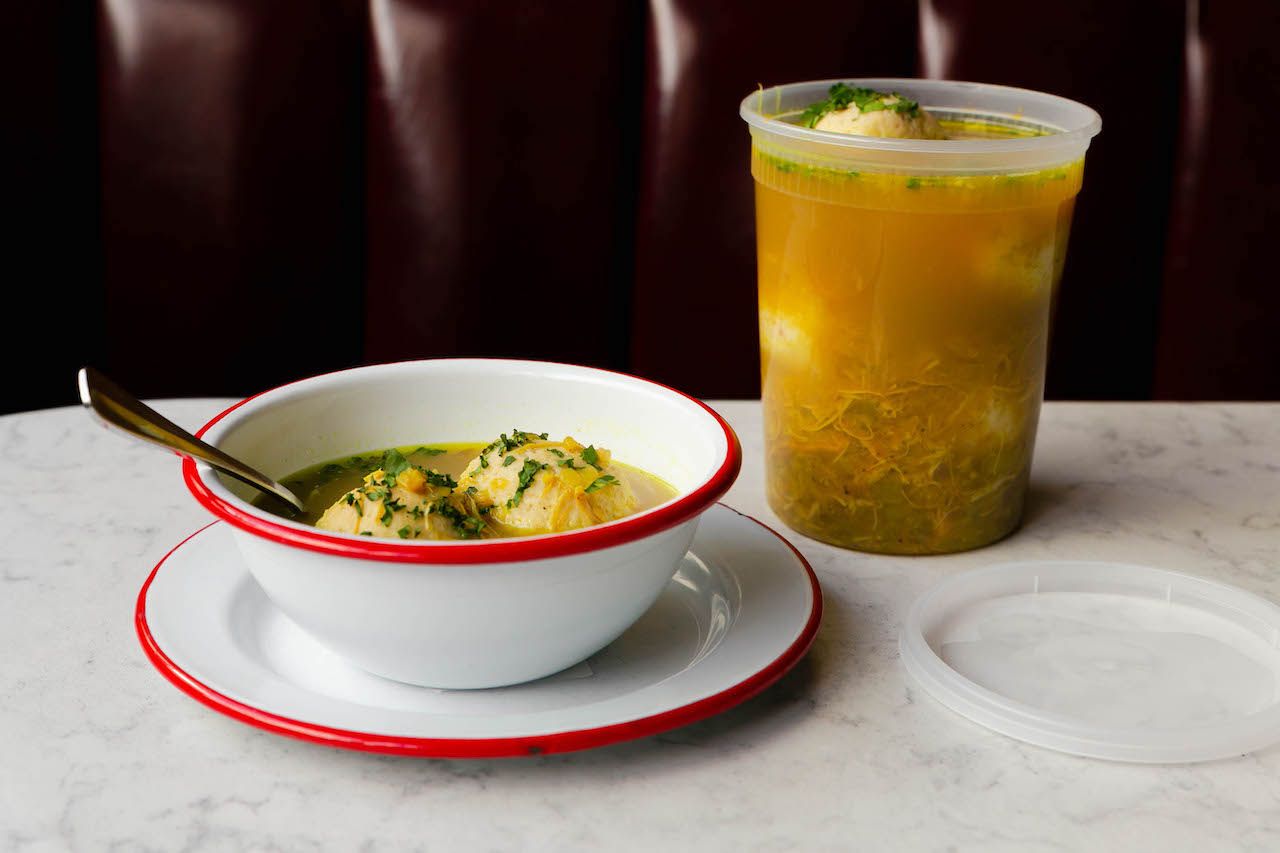 Two venues of CookNSolo, Mike Solomonov and Steve Cook’s Philadelphia empire, are serving Passover specials this year. The Rooster — which began life as the philanthropic, soup-focused Rooster Soup Co. — will, naturally, concentrate on matzo ball soup. Through April 16, guests can take home quarts of the restaurant’s Yemenite Matzo Ball Soup, which gets a spicy twist thanks to the incorporation of hawaij spice mix (cumin, turmeric, black pepper).

Wise Sons delis now dot San Francisco, and the mini-empire even has an overseas location in Tokyo, but for Passover, the team is highlighting the neighborhood around their flagship location in the Mission District. As homage to a historically Latino area, the 24th Street deli will offer Matzoquiles, a hybrid of matzoh brei and chilaquiles. For the dish, the chefs scramble matzo with eggs and salsa verde, then top the savory mash-up with cilantro, avocado, and sour cream.