Likely unbeknown to visitors traveling to Tanzania to see Mount Kilimanjaro and its beautiful surroundings, Africa’s highest peak serves as the perfect introduction to the Swahili language. Kilimanjaro comes from the words “Kilima,” meaning mountain, and “Njaro,” which means shining or white.

A language barrier is rarely a problem when visiting East African countries as most people can speak English or French decently well. However, being the lingua franca in Tanzania, Kenya, Mozambique, and more, tourists would be remiss not to get acquainted with Swahili before they go.

This traveler’s guide to the Swahili language is designed to give those who plan to visit a Swahili-speaking country and want to connect deeper with the locals all the basic information they need.

The author:
Billy Oduory was born and raised in Nairobi, the one place where all dialects of Kiswahili are spoken. He studied Kiswahili from childhood in elementary and primary school. He also studied the language in secondary school as part of the curriculum in Kenya. He specializes in information systems at the University of Nairobi while working on other Kiswahili Language projects, including the Facebook Kiswahili translation program.

Where is Swahili spoken?

Swahili is one of the official languages of the African Union (along with English, French, and Arabic) and is spoken by more than 200 million people. The United Nations estimates that, even though the Swahili language originated from East Africa, Swahili speakers can now be heard in more than a dozen countries: Tanzania, Kenya, Uganda, Rwanda, Burundi, the Democratic Republic of the Congo (DRC), South Sudan, Somalia, Mozambique, Malawi, Zambia, Comoros, and even in Oman and Yemen.

The term Swahili is only used by outsiders to describe the language and the people who speak it. The correct term for the language, as used by locals, is Kiswahili, but both Swahili and Kiswahili are used interchangeably around the world.

The basics of the Swahili language

Before you throw yourself into learning Swahili words and pronunciation, here are some rules of the Swahili language:

Here is a list of common sounds you should remember when pronouncing Swahili words.

Common Swahili words and phrases for greetings and simple conversation

Formal and informal greetings are very similar in Swahili, so no one will fault you for using “Jambo” (hello) as your greeting in either setting or in any Swahili-speaking country.

“Ni sawa” (it’s alright) is another phrase that you may use regularly.

The greetings in this guide will work everywhere and for every occasion.

Swahili words and phrases to use when ordering food

The most common food you will find in restaurants in Kenya, Uganda, and Tanzania is ugali (maize meal), which is often served with meat and greens, especially sukuma wiki (a dish with collard greens).

Table manners are taken seriously in the region, so you need to be familiar with common courteous Swahili words such as tafadhali (please), subiri (wait), and samahani (sorry/excuse me).

When visiting a restaurant, the following Swahili words and phrases will help you get the best service.

Numbers in Swahili and phrases to use when shopping 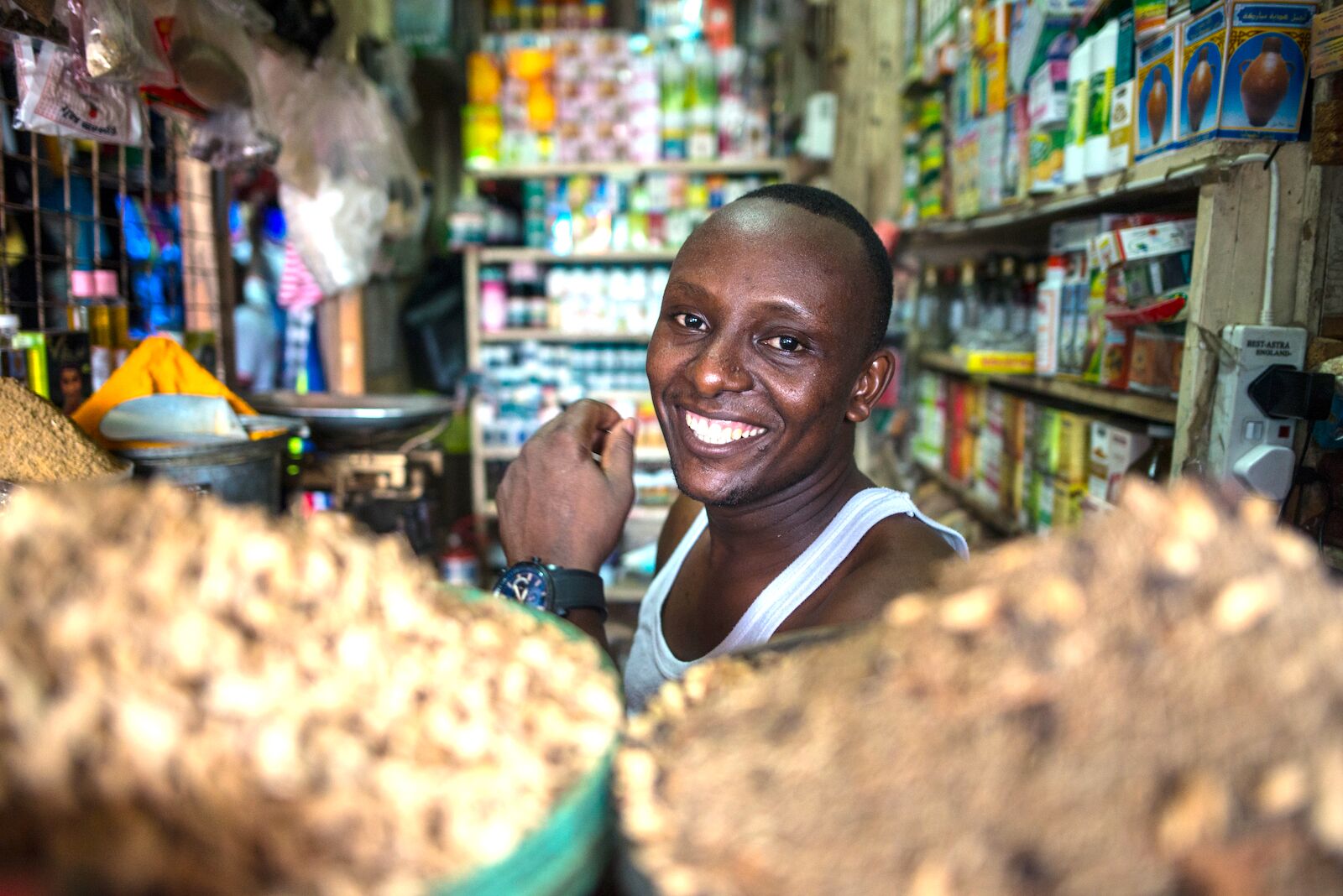 “Pesa” means money in Swahili, and most of the countries in East Africa use the shilling as their currency. In Congo, you will use the franc, commonly known as faranka.

Here is your guide to getting your numbers right and shopping easily in Swahili.

Swahili words and phrases you’ll need when moving around

Moving around in Africa is easy when you have your own car, and with car rental companies in all the major cities, it’s easy to book a rental online and get it on arrival. Using public transportation will give you a better experience, however, which is why you will need to know how to tell a taxi/motorbike driver where you are headed.

Bodaboda (motorcycle riders) and tuktuk (three-wheeled motorbikes) are the best way to get around, and you can use taxi-hailing apps, such as Uber, Bolt, and Taxiye to request one just as you would a taxi.

Here are the key terms you need to know to get your directions and transportation right in Swahili. 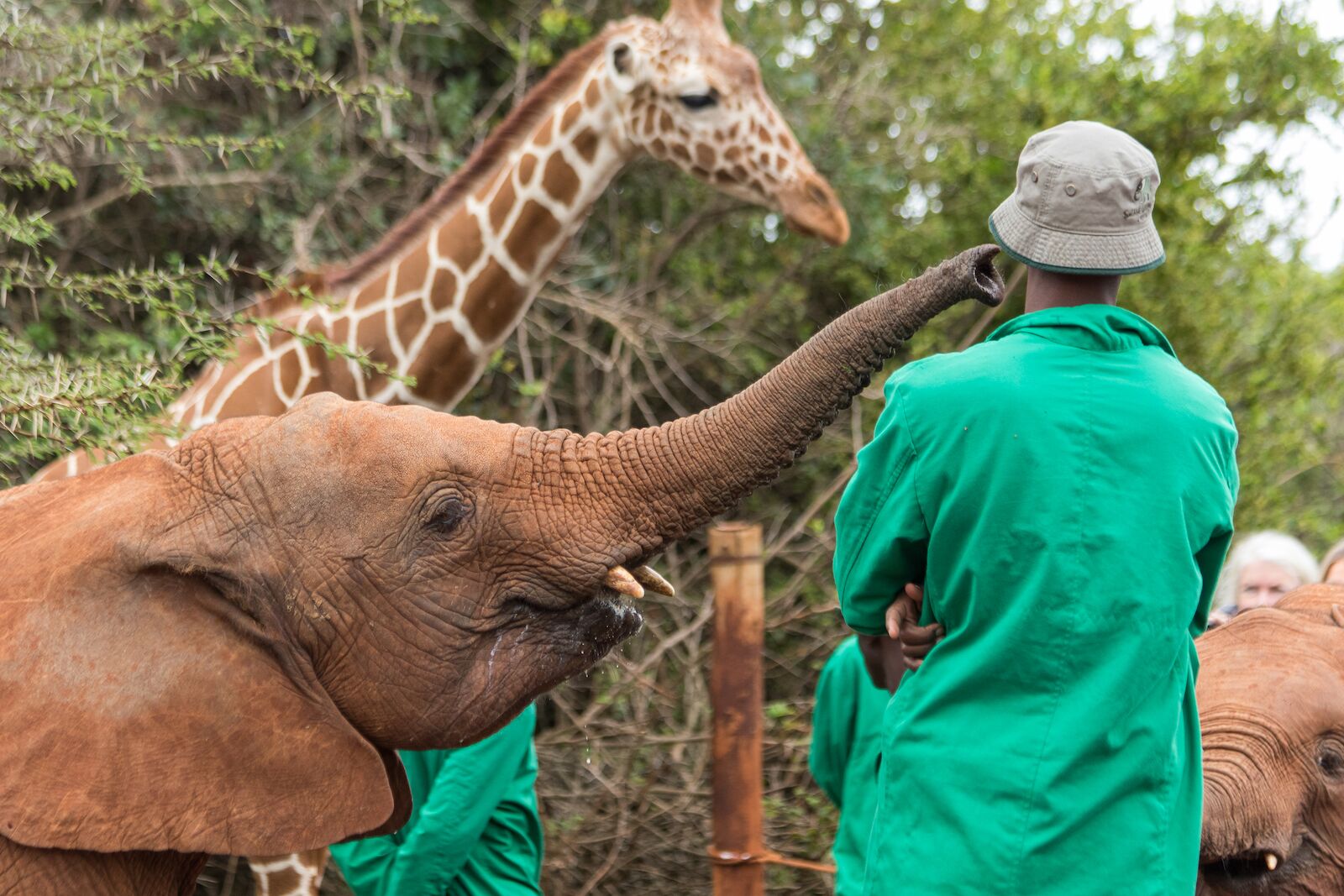 Your visit to Africa won’t be quite complete until you have visited a Mbuga La wanyama (game park/reserve) and seen some of the continent’s iconic wildlife.

Here are the Swahili names for animals and other phrases that will come handy in the East African wilderness.

Swahili words and phrases you’ll need while hiking and climbing 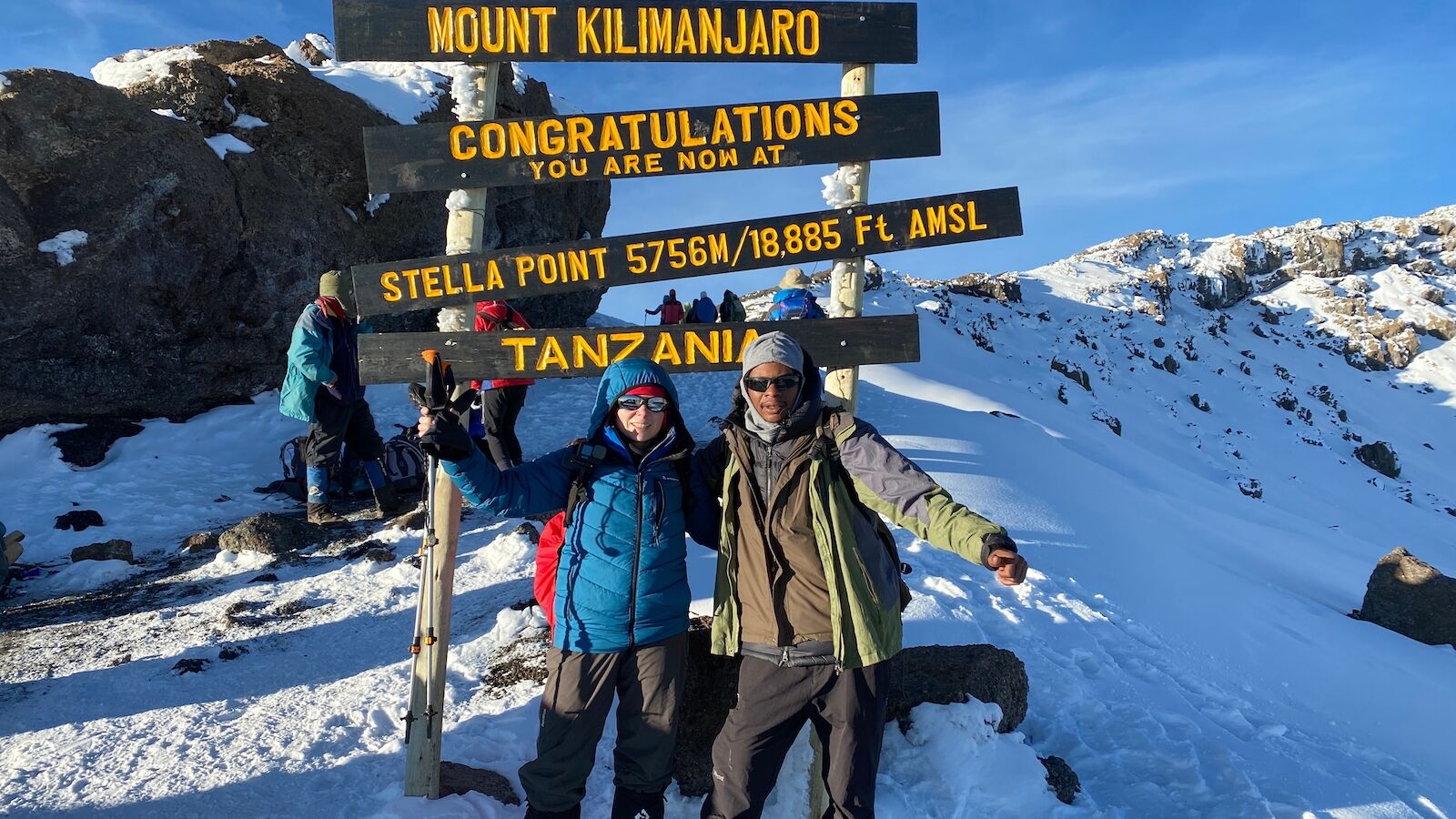 The best hiking experiences in East Africa are to be found on the trails going up snow-capped Mount Kilimanjaro and Mount Kenya.

Here are the Swahili translations for the common terms you will use while on a hiking trip. You can find more terms specifically related to hiking Kilimanjaro here.

To get your desired night’s rest, whether that’s a camp under the stars or a hotel, these are the terms you need to master.

Swahili street slang you can use in casual conversation

The purest Swahili is spoken in the coastal region where most ethnic speakers also live. As you go further inland, the use of slang increases due to the influence of the local languages. In Kenya, there is a whole slang version of Swahili called Sheng’.

Here are some of the most widely used Swahili slang words.