Traveling by car, train, and bus might be efficient, but it doesn’t always inspire an appreciation of the journey. After all, the reason it’s so easy to doze off on a train is that it’s a mundane way of getting from point A to point B. In some places around the world, getting places is an adventure. From a bamboo train in Cambodia to a Couchbike in Canada, there are some pretty wild ways people across different cultures use to get around. Here are six of the most unusual methods of transportation in the world. 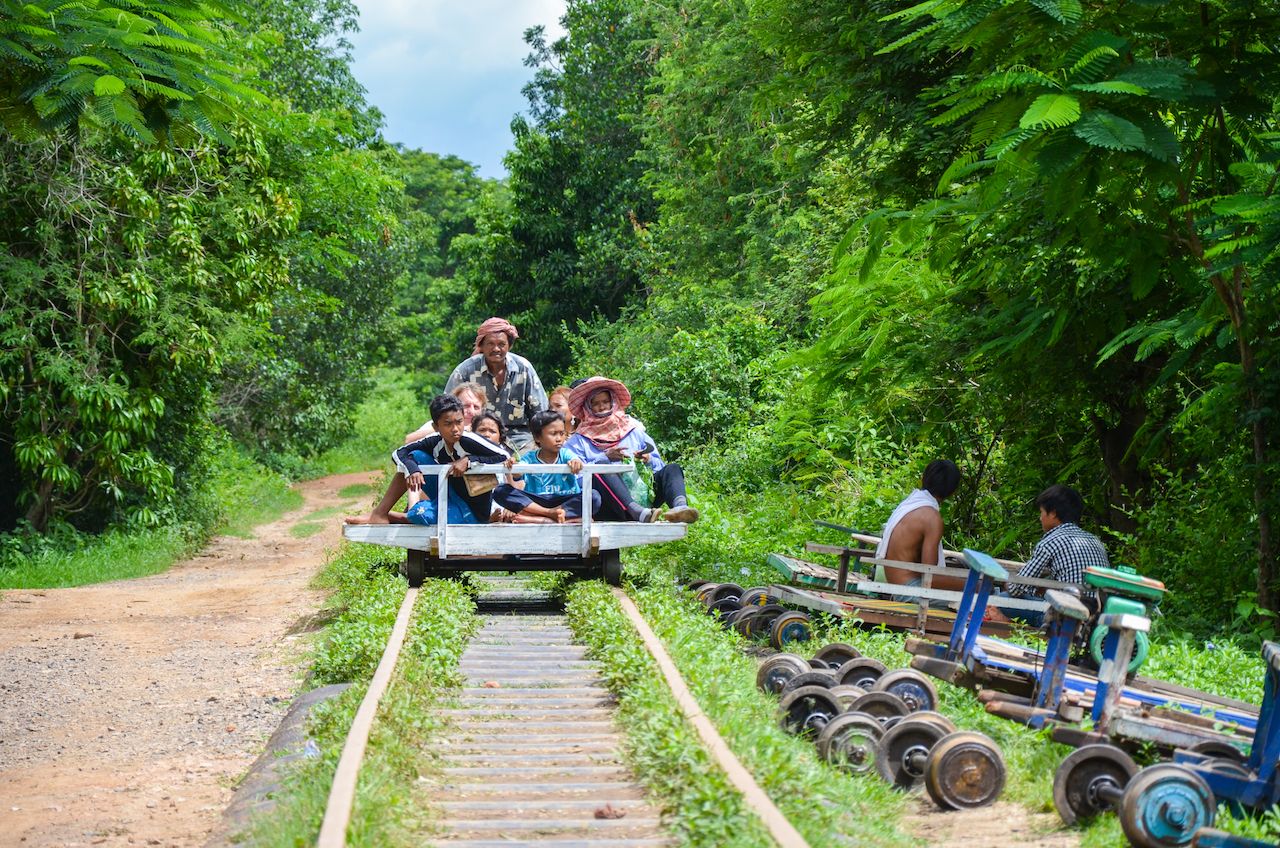 Known locally as a nori, the bamboo train can be a nerve-wracking way to get around Cambodia. Passengers ride on a platform of bamboo that is roughly the size of a double bed that sits on of two independent sets of metal wheels, which are powered by an engine to run on the railway tracks. The platform travels at around 25mph, but don’t expect a smooth journey. Poorly maintained railroad tracks across Cambodia mean you’re in for a bumpy ride. Bamboo trains can fit around 12-15 people and are immensely popular in the rural areas of the country. If you have the opportunity to take a bamboo train, do it; fares are extremely low, and the bumpy ride is just part of the experience. 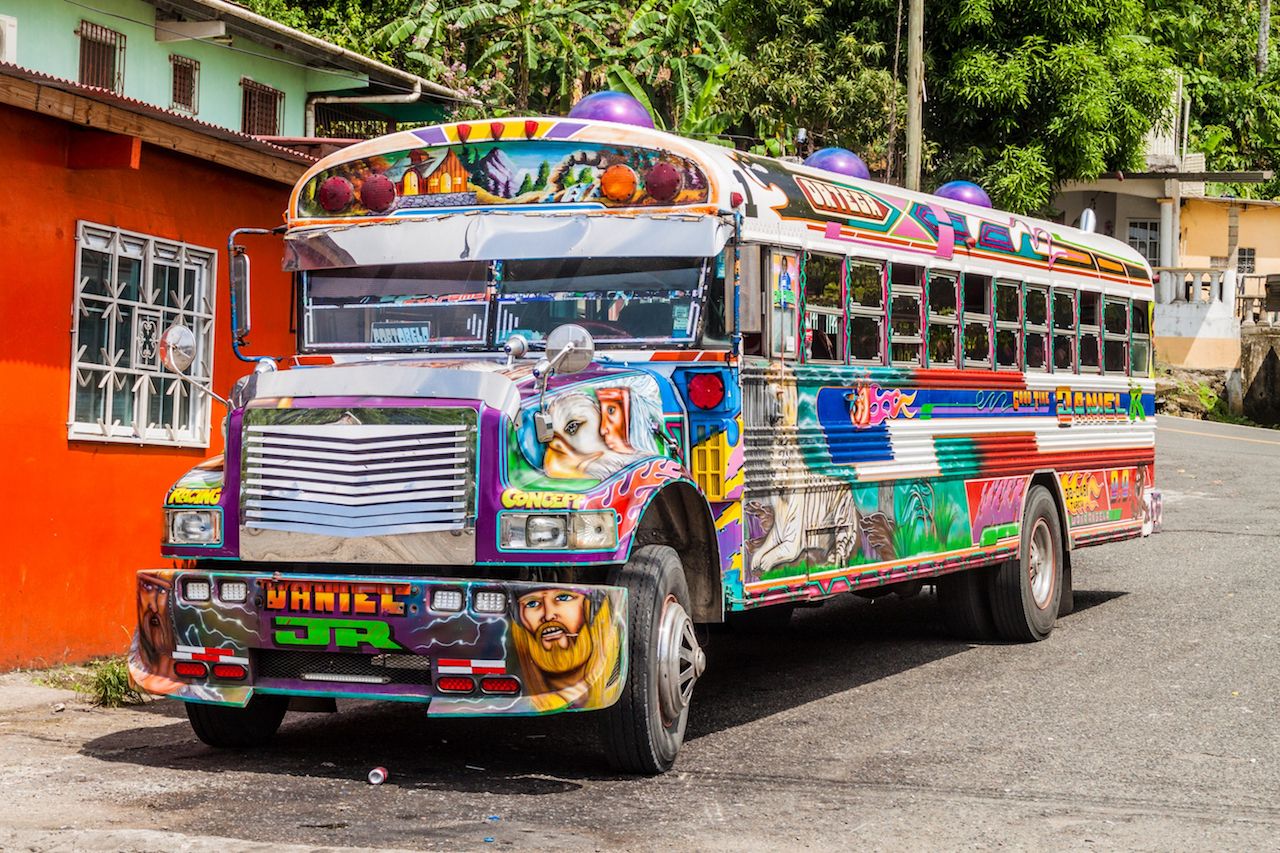 Definitely not the most comfortable way to travel, but an experience worth having, chicken buses have multiple uses. Once school buses, they are now used to carry chickens and other birds to markets, as well as people to their destination for a cheap fare. A common mode of public transport across Central America, chicken buses are known for their unique, colorful painted designs and for cramming a lot of people in a very small space — they generally only depart the station when no one else can fit inside the vehicle anymore. You may even be sharing the bus with actual chickens, recently purchased by other passengers at the market. 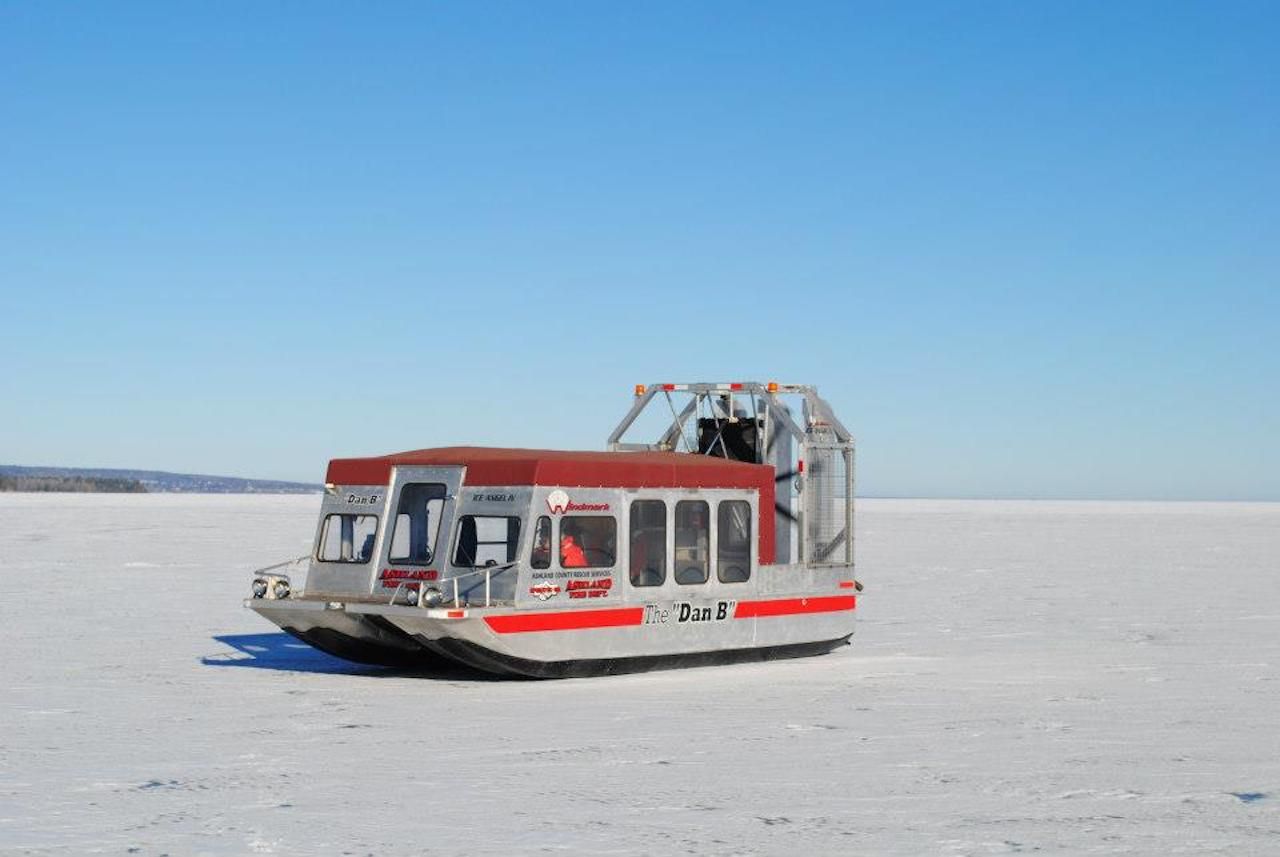 To experience this intense vehicle, you’ll have to travel to Madeline Island just off the coast of Wisconsin. The only one of the state’s Apostle Islands that’s inhabited, Madeline Island is connected to Bayfield, on the mainland, by a ferry in the summer and a highway of thick ice in the winter. During the in-between stages, however, when the ice is too weak to support a vehicle but a ferry couldn’t make the passage, the Ice Angel, run by the Ashland Fire Department, comes to the rescue. These boats with air propellers are designed to glide safely and smoothly over the ice, bringing island residents (all 302 of them) to and from the mainland. 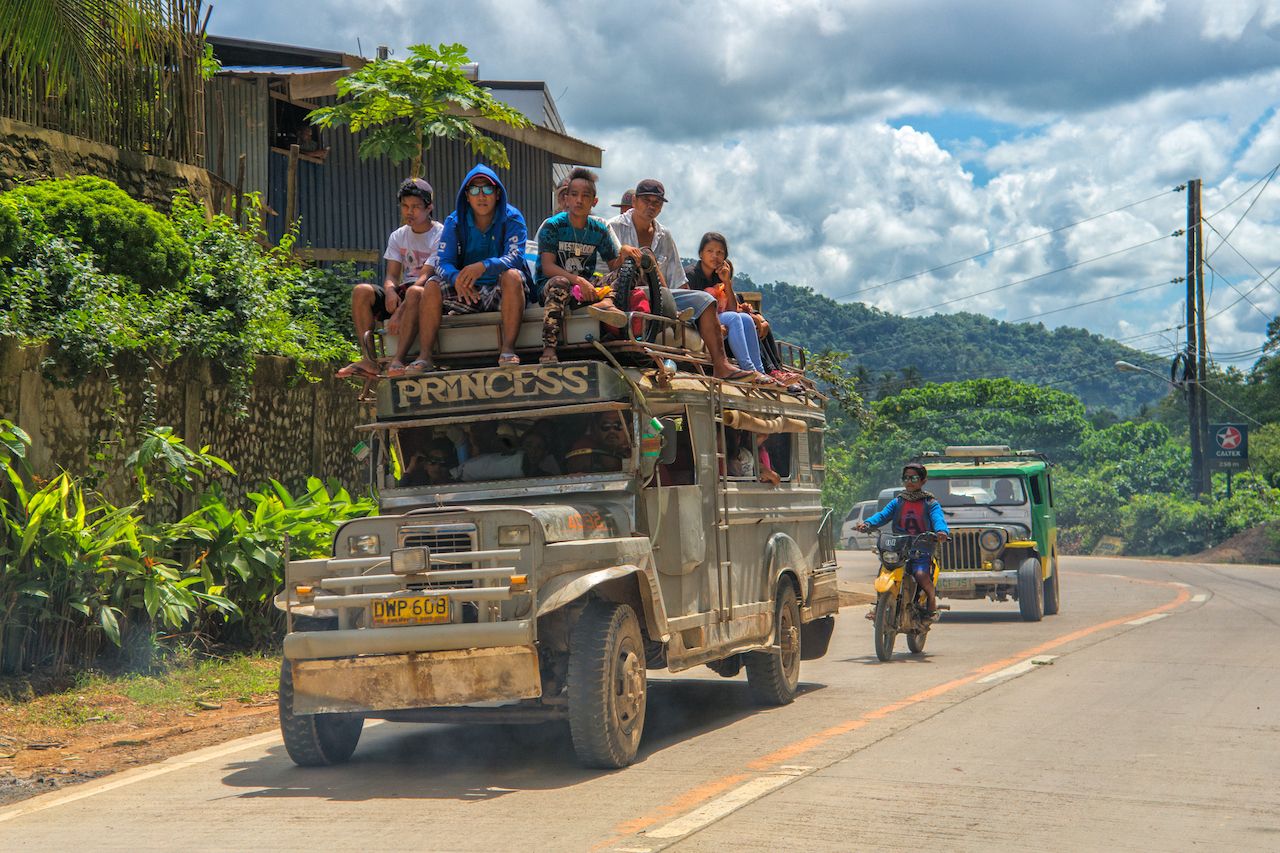 If you’ve been to the Philippines, you probably saw or rode in a Jeepney. This popular Filipino mode of transportation originated after the end of World War II when the American troops pulled out of the country and gifted the locals surplus army jeeps. The Filipinos took these jeeps and stripped them down, added roofs for shade, and repurposed them to function as public transportation. Often painted in vibrant colors and sporting religious messages, Jeepneys are considered the most popular mode of transportation in the Philippines and have become an icon of Filipino culture around the world. 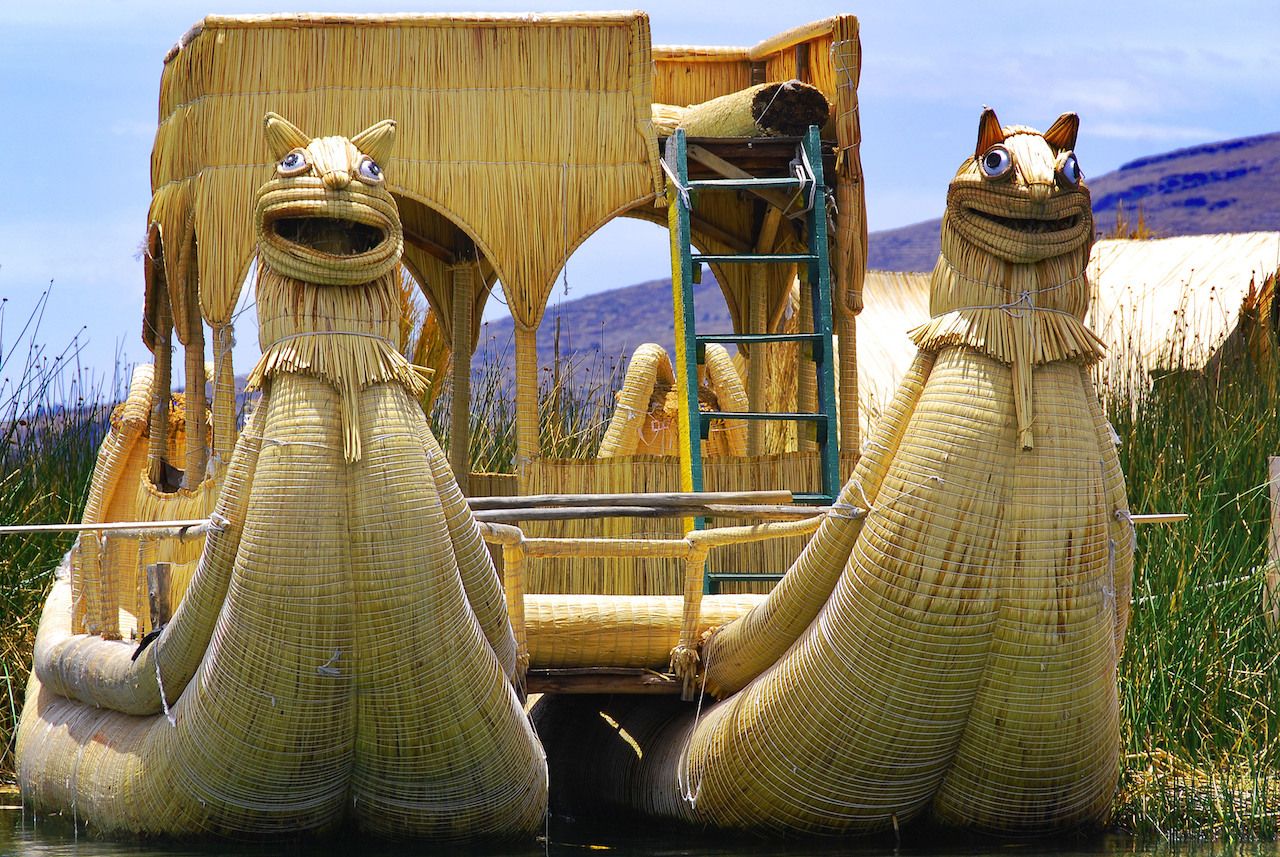 While these boats may not exactly look sturdy, rest assured that they aren’t about to spontaneously start taking on water. Barco de Totora boats, made entirely of Totora reeds that grow along Lake Titicaca, are used to transport both locals and tourists across the lake, on the border of Peru and Bolivia. They are generally crafted in the shape of a dragon and are said to have been used during Inca times to ward off evil spirits. 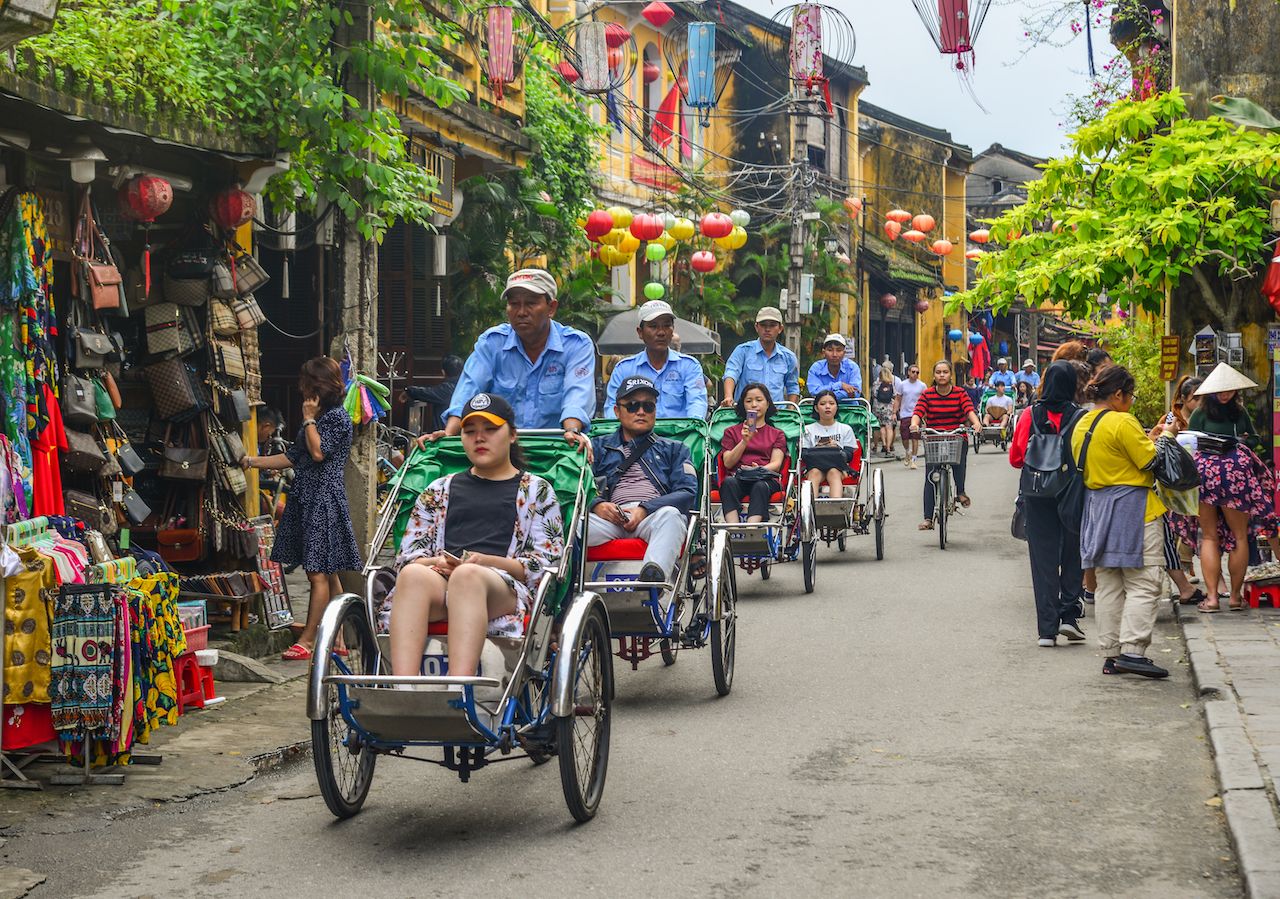 Bicycles may not be a revolutionary form of transportation, but the Vietnamese cyclo is no ordinary bike. It is built like a backwards rickshaw, where the driver pedals from the back with the passengers sitting in the front — they have the best seat in the house. The vehicle originally appeared in Vietnam during the French-Colonial period, after a failed attempt to introduce rickshaws. Now, in addition to occasionally carrying passengers, Cyclos are also used to transport awkward, heavy loads along the city streets. As a visitor to Hanoi, Ho Chi Minh City, or any other Vietnamese city where cyclos are used, you should expect to haggle the price of your ride before embarking as fees are typically astronomical for tourists.

Airports + FlyingThe 7 coolest airplane liveries in the world and the stories behind them
Tagged
Culture Travel
What did you think of this story?
Meh
Good
Awesome

Flight prices are expected to shoot up this year. Here’s when you’ll see the biggest increase.

Seriously slow: 6 travelers who walked around the world

11 of the deadliest concert disasters in recent history