Whale watching is never a guarantee. Sometimes you step off the lido deck of a luxurious cruise ship and are greeted by a pod of frolicking orcas. Sometimes you take a janky boat through choppy waters freezing your ass off for an entire morning and don’t even get a lousy tail flip. Whales are fickle creatures. Of course, there are places with better odds of seeing these big boys than others, and certain hotels in those places have packages, amenities, and tours tailored towards whale watching. Or, in one case, a whale-watching bar. Here are 10 hotels that are prime places to watch for whales this spring. 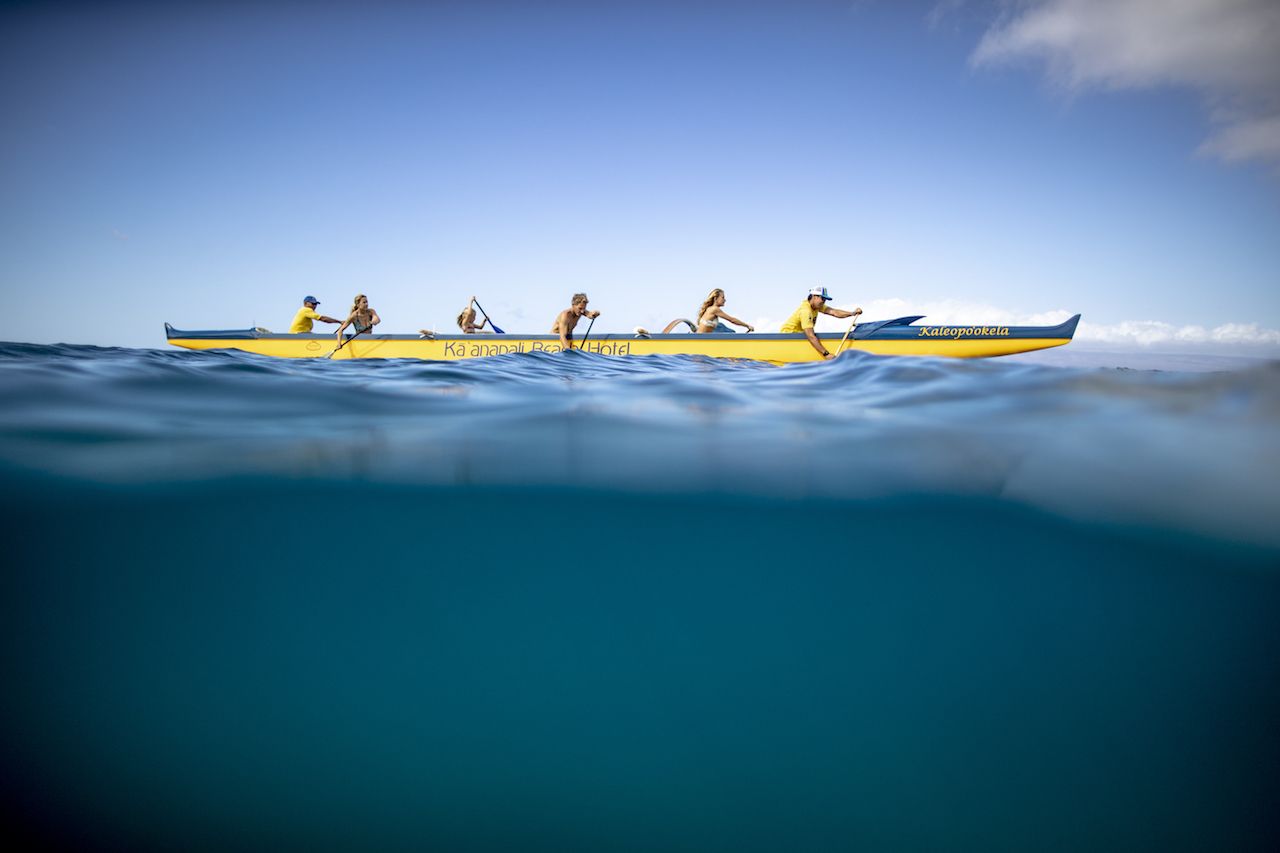 Not only does this Maui beach hotel offer a full-on whale-watching trip off the coast of the island, taking that trip as part of a package can be cheaper than staying there normally. The four-night Whale Encounter package gets you a partial ocean view room, a whale-watching excursion in the Pacific Ocean for two, a snorkel tour in Pu’u Keka’a, breakfast, and commemorative towels for a pretty reasonable $1,154. Given your average commemorative towel can run upwards of $25 — and let’s not even talk about buffet breakfasts — this might be the best Hawaii hotel deal of the season. 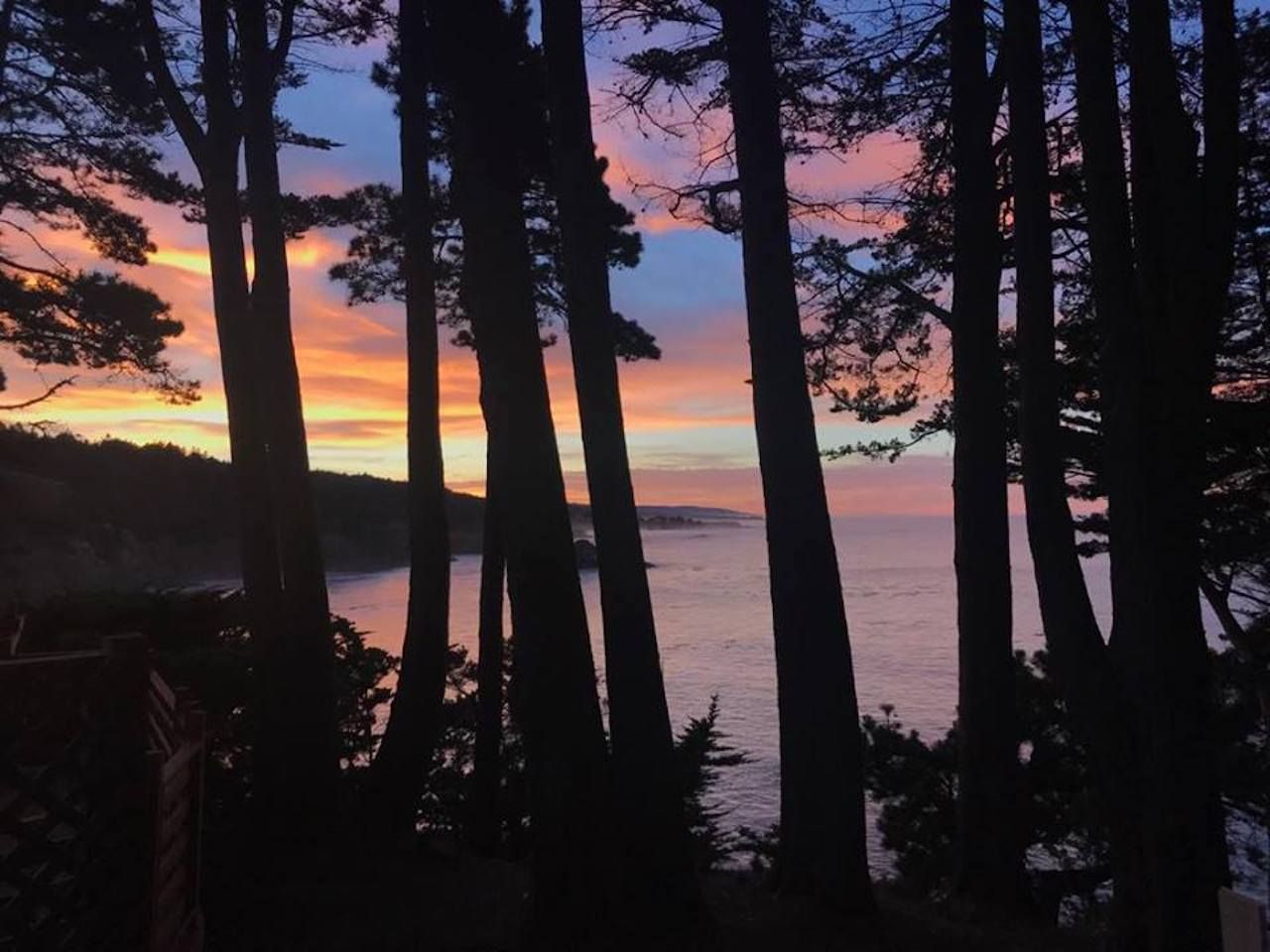 The fact that you’re scrambling on Google Maps to figure out where the heck Gualala is is precisely why this is one of the best hotels in the state for whale watching: Nobody knows about it. While this town on the Pacific Coast Highway about halfway between San Francisco and Mendocino is in prime whale-watching country, its remote location keeps the crowds away. And this adorable little B&B has nothing but oceanfront rooms where you can relax with a lovely beverage and see humpbacks flipping their tales without having to even put pants on. 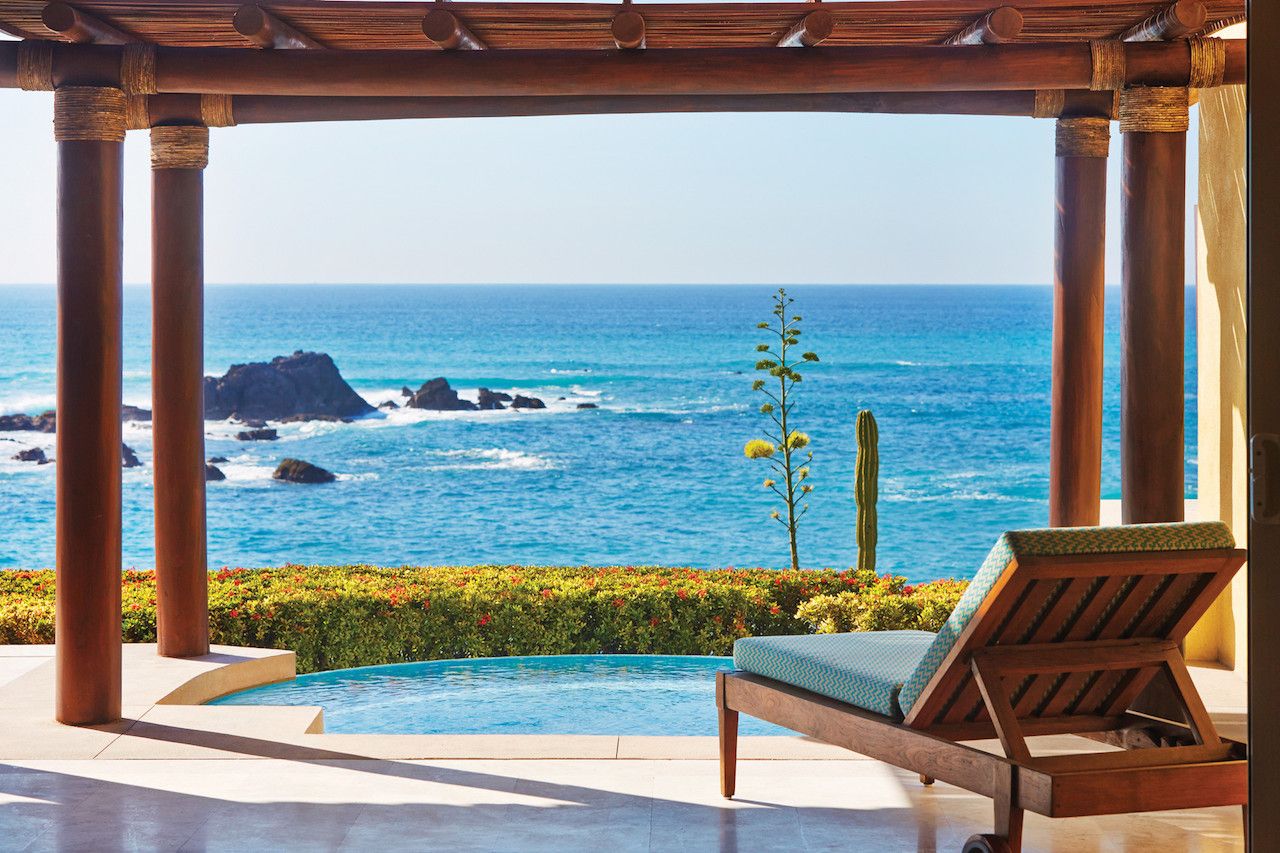 Mexico’s Riviera Nayarit is the funky, laid-back surfing alternative to tourist-mad Puerto Vallarta, boasting spectacular beaches with front row seats to whale migration. From the Four Seasons’ sprawling 400-acre property, you can take a kayak out into Banderas Bay and get up-close and personal with humpbacks, orcas, Bryde’s, and minke whales, where you’ll sometimes see babies learning to jump next to their mothers. If you want someone to take you closer, the resort also offers guided boat tours to spots they usually frequent. 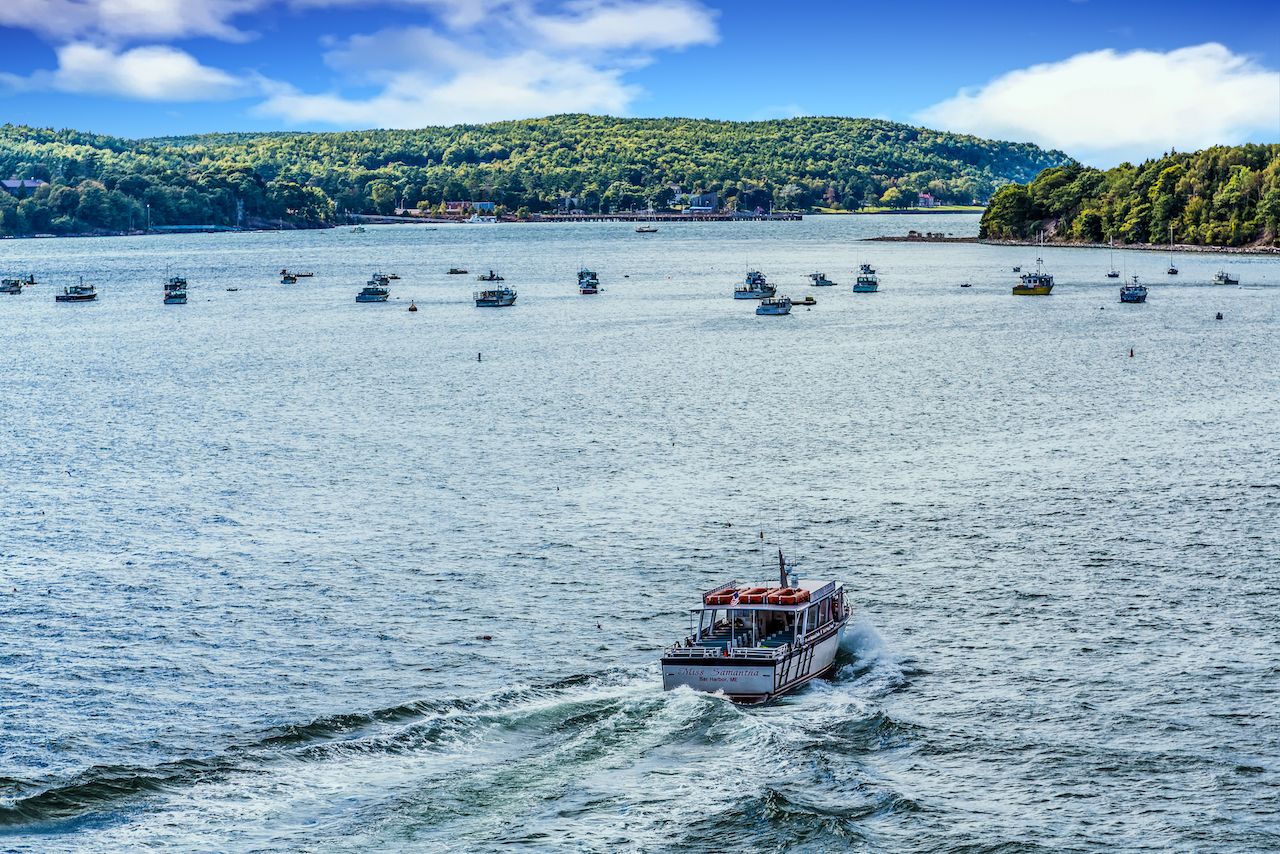 For East Coast whale watching there’s no place better than Maine, and the quaint seaside town of Bar Harbor has become the most popular location in the state to do it. This downtown waterfront boutique hotel offers one of the best whale watching values in America, where you can stay over for a night, get breakfast for two people, and a day of whale watching for two aboard the Atlantic Cat for about $225. 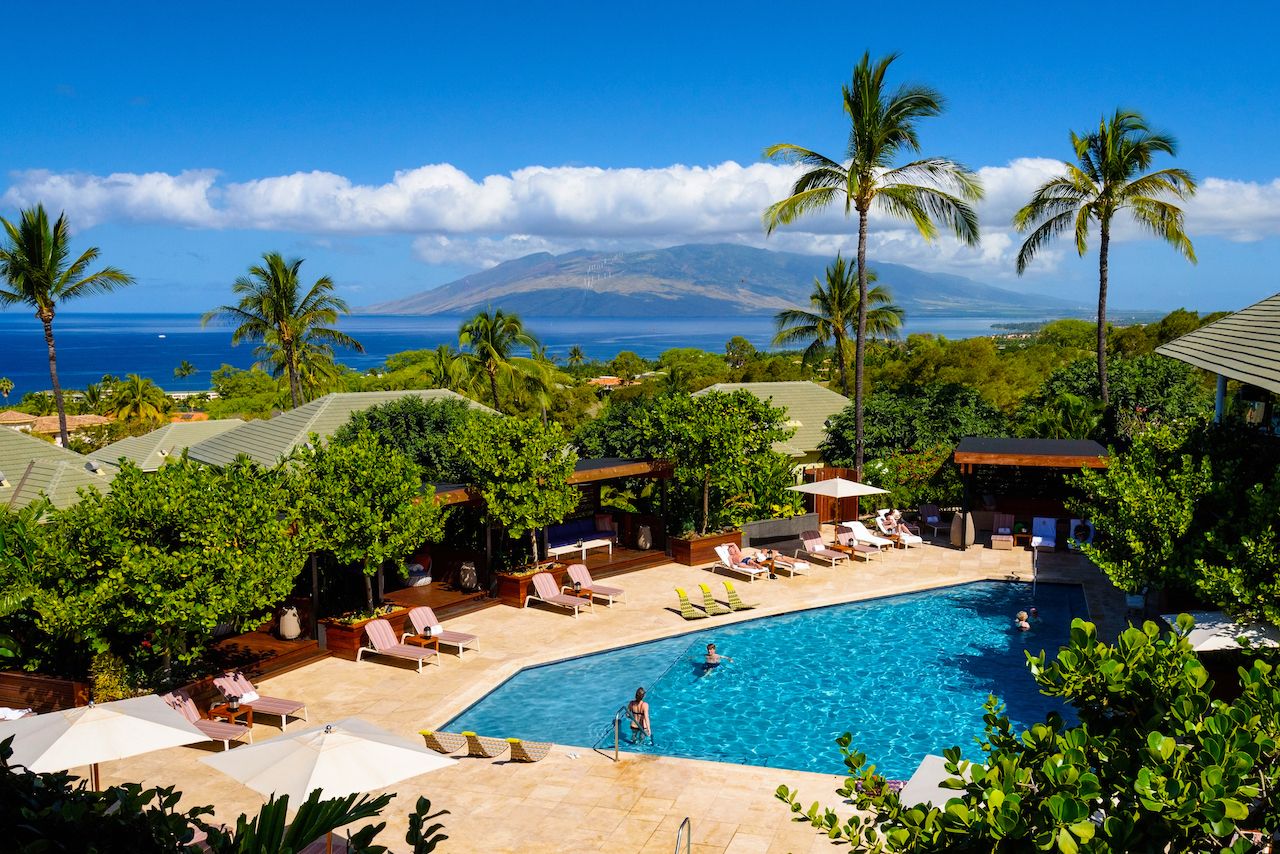 The folks at Relais & Châteaux don’t just throw their name on any old hotel with a mountain-top view of migrating whales. Only all-suite hotels like the Hotel Wailea, where 300 feet above the ocean guests can catch a view of three Hawaiian islands and the giant marine mammals that swim between them. If you’re lucky (or rich) enough to snag a suite with an ocean view, the hotel equips you with a pair of vintage binoculars so you won’t even need to leave your lanai to go whale watching. 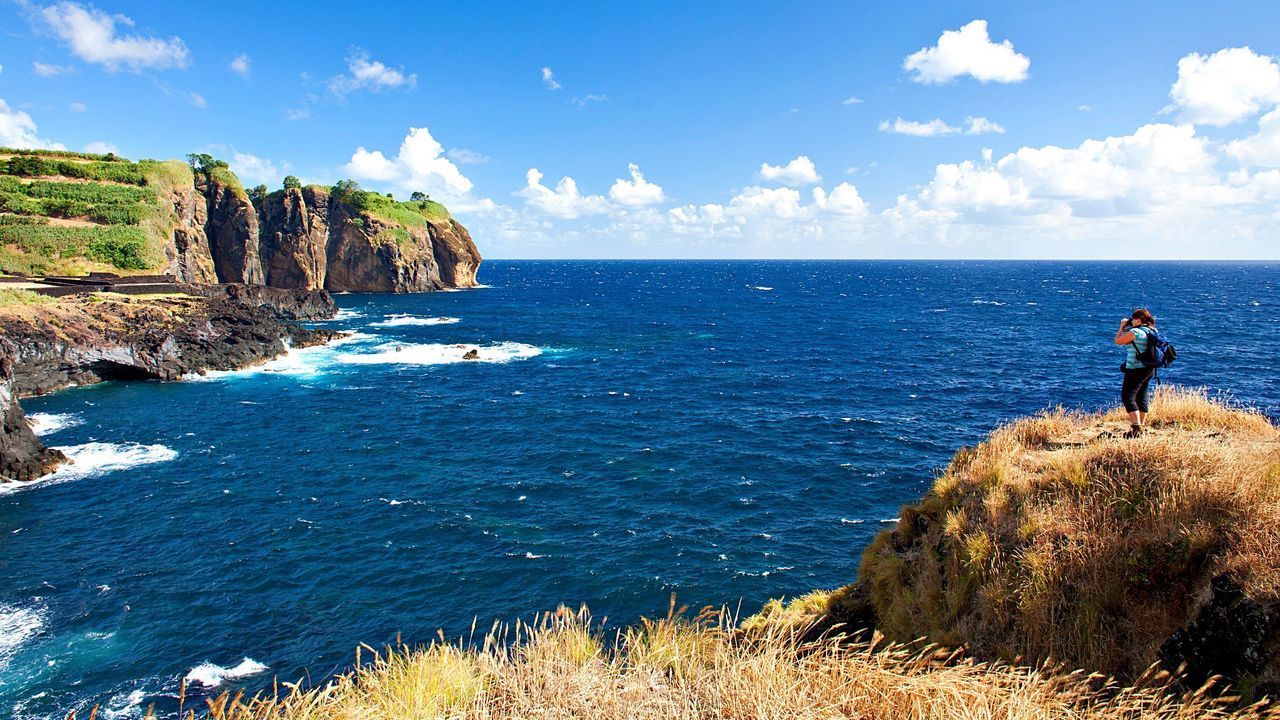 Plenty of hotels offer balcony views and whale-watching excursions, but do any of them offer a full-on whale-watching bar? For that kind of craziness, head to the Azores islands off Portugal, somewhere between Lisbon and the US. On the island of São Miguel, you’ll find the Azor Hotel where the rooftop bar and swimming pool offer the city’s best view into Taberna Bay and the baleen whales who migrate through from April to June. You’ll need to pack some binoculars, but the opportunity to drink a beer from a deck chair while whale watching is worth the extra equipment. 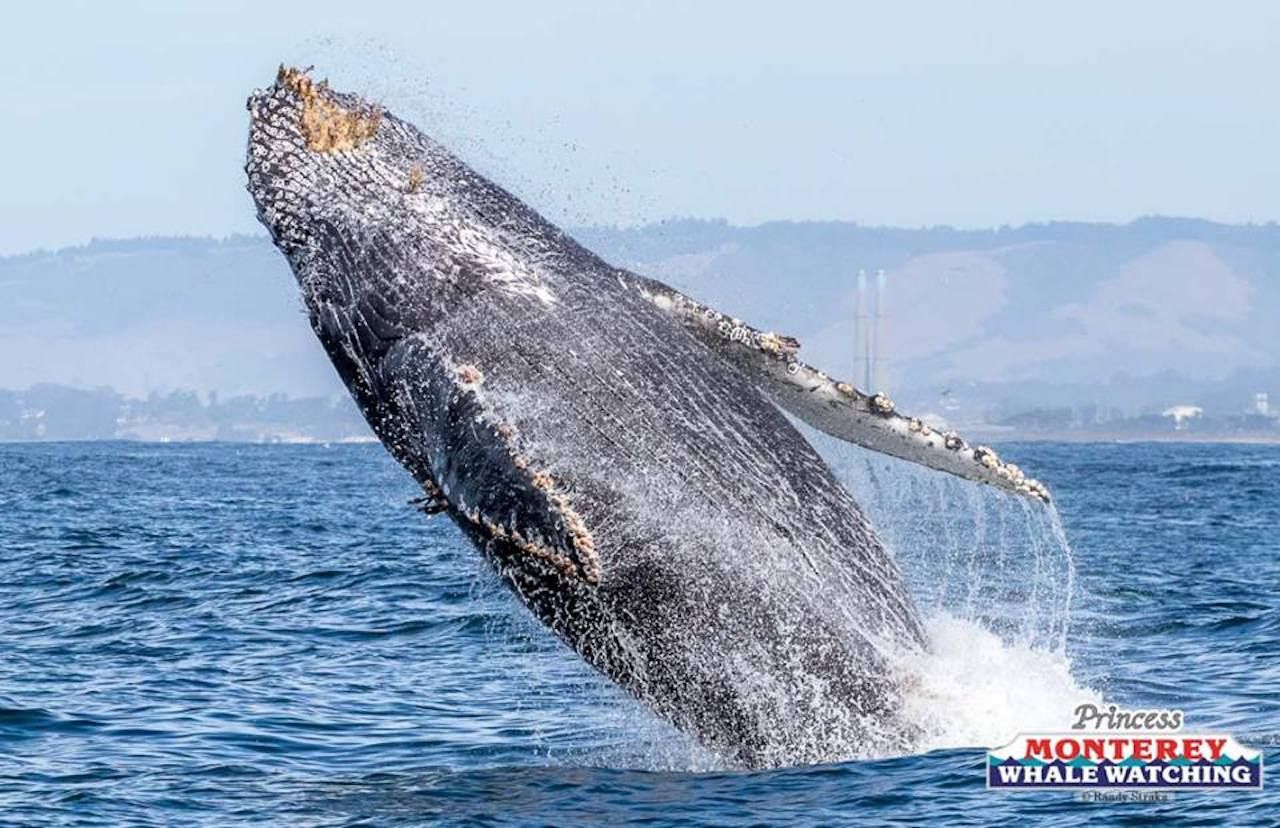 Monterey Bay has developed a pretty nice reputation for itself as a marine wildlife destination, both through its famous aquarium and through the wildlife that swims through the Monterey Bay Submarine Trench. Whale watching here has become a huge draw, and this luxe hotel and spa offers a package including a massive breakfast buffet and a whale-watching trip for two with Princess Monterey Whale Watching for around $375, depending on when you go. Monterey has whales all year, so you won’t be price gouged during whale season. 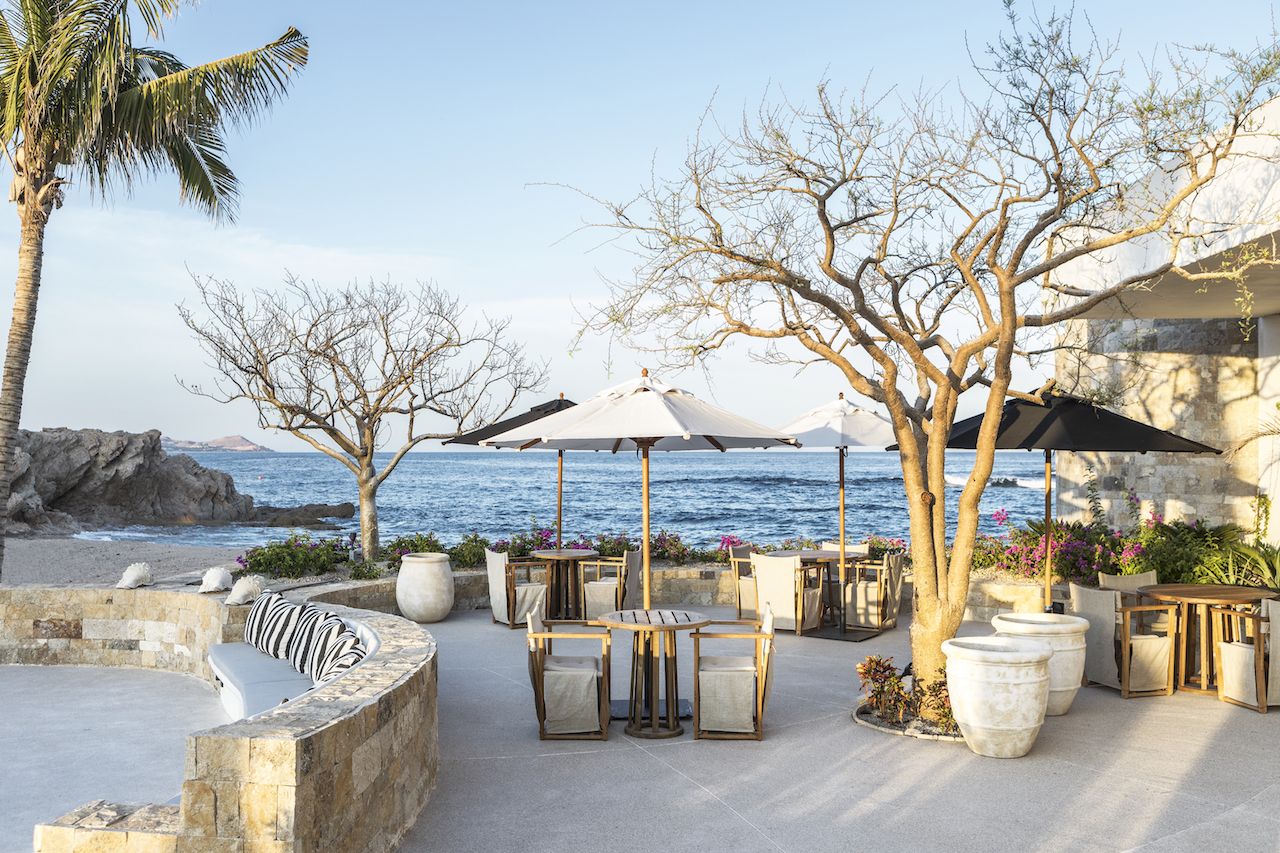 These sister hotels along the largest year-round swimmable beach in Cabo offer the best opportunity to get close-up pictures of migrating whales. Guests at either resort can book a two-hour whale-watching photo safari, where guides take you so close to whales you can feel the wake from their tails when they flip out of the water. Zoom lenses won’t be necessary as your experienced guides get you as close as safely possible to these majestic animals, and you’ll often see dolphins and sea lions while you’re out there, too. 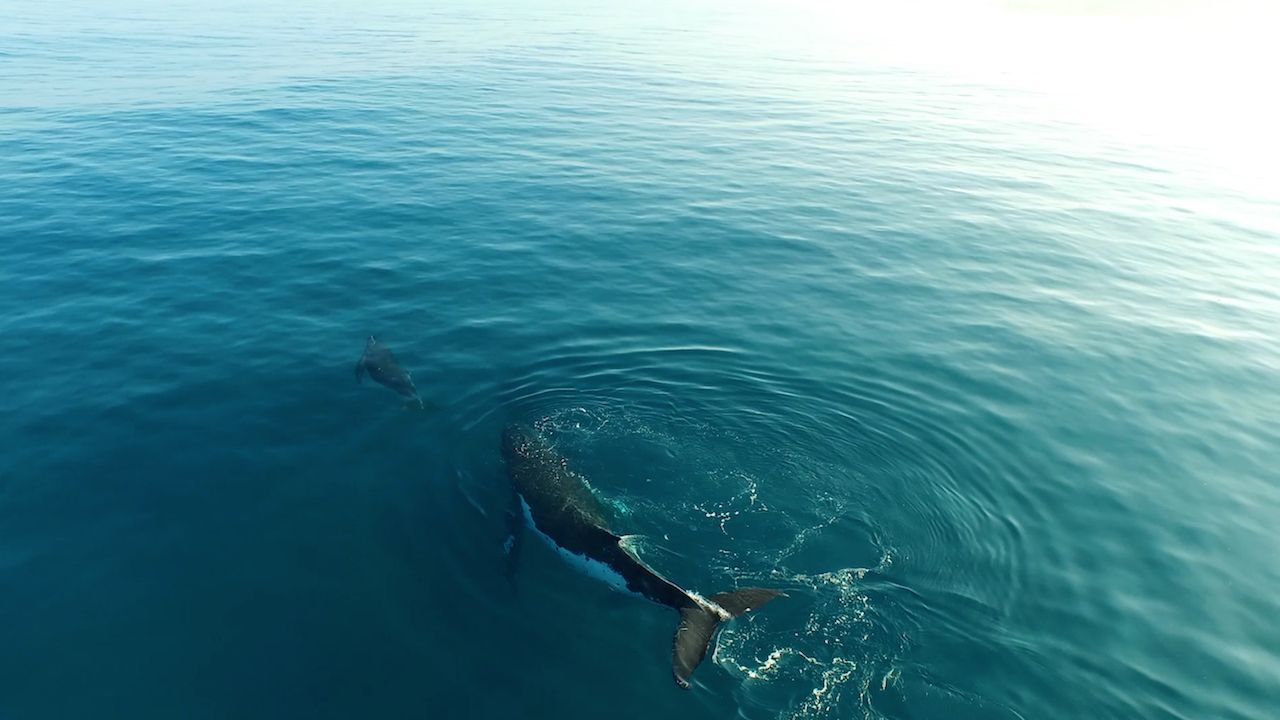 Though the hotel is named after a completely different animal, Turtle Bay sits in the Hawaiian Islands Humpback Whale National Marine Sanctuary, a 1,218 square mile stretch of ocean devoted to creating a safe area for winter breeding, calving, and nursing. The hotel lets guests take part in the preservation and conservation efforts, allowing them to monitor and record humpback activity on three dates during the season: January 26, February 23, and March 30. During those times you’ll work with scientists and researchers to observe and record whale behavior while they’re on the surface. 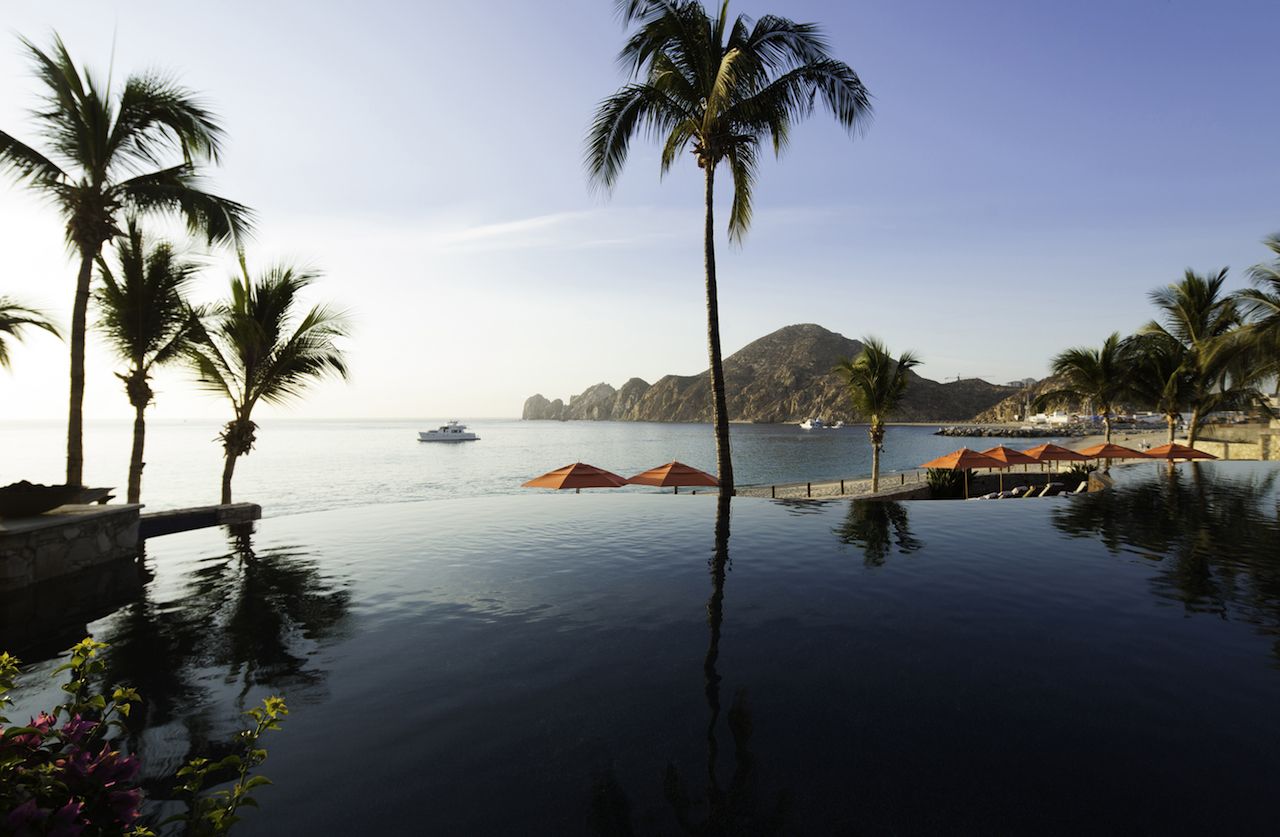 Hacienda occupies about 1,600 feet along spacious Medano Beach, the nearest shoreline to the migration route of grey and humpback whales. The hotel offers a three-night stay including an early-morning whale-watching tour for two, breakfast at Cocina y Cantina, and a whale-inspired turndown gift. Far more than just just a beach towel folded to look like a whale, these gifts are locally crafted by Cabo artisans, giving guests a fun whale watching memento. And totally making this package worth $980.