To put it mildly, there was some bad news in 2020. And though some people scoff at celebrating the new year as a way to leave it all behind, there’s plenty of reason for optimism in the travel space as we head into 2021. No, we won’t be speeding back to the world we knew a year ago, but in some ways that’s a good thing. From airlines taking steps towards freer travel to a new Star Wars hotel, here are some things US travelers can look forward to in 2021. 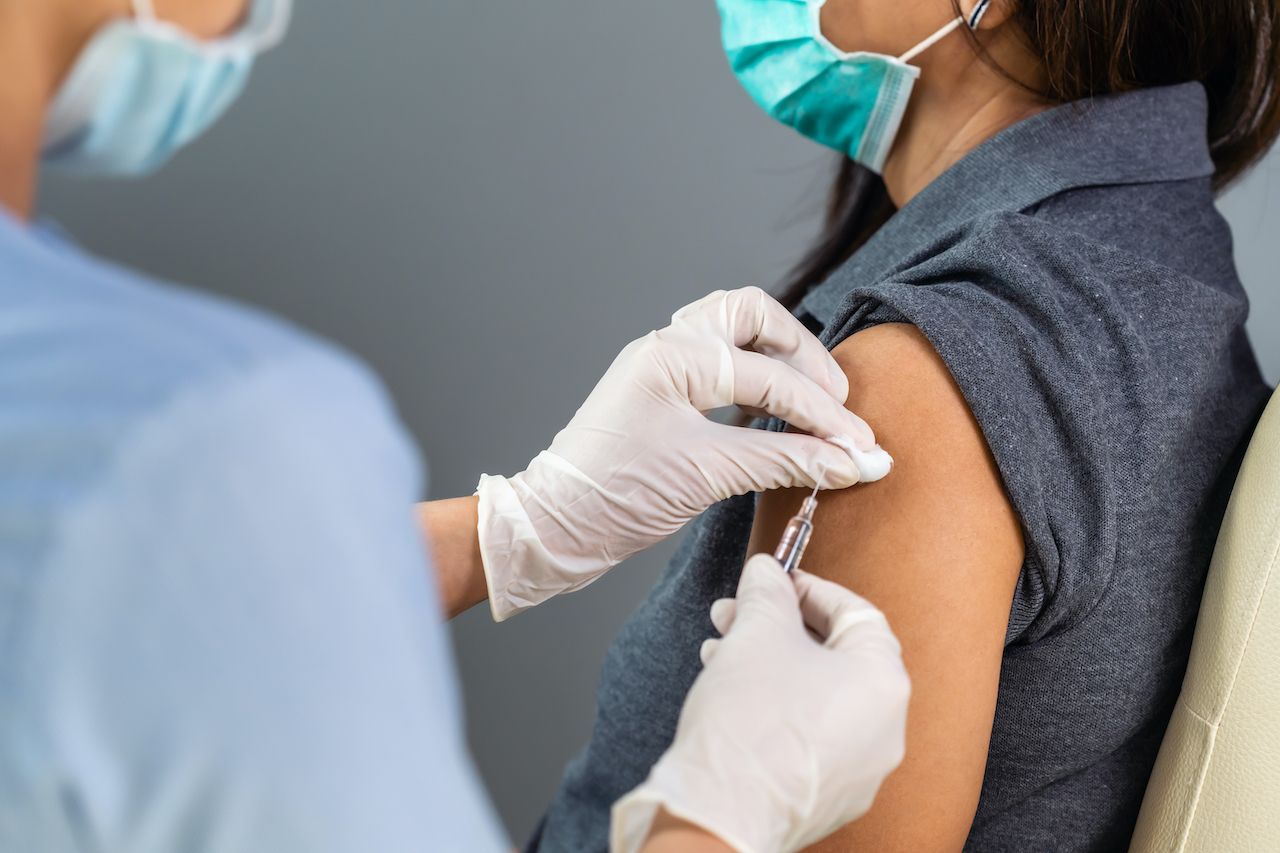 While some projections have said it could be upwards of 10 years until everyone in the US has the COVID-19 vaccine, at least the most vulnerable among us will be first in line. And maybe, just maybe, that means getting to travel over the river and through the woods to grandmother’s house once again. It may also give airlines some peace of mind (or, at least, legal backup) to allow flights to more places. Qantas has already announced it will require the vaccine for all its passengers, and though no other airline has made a similar announcement, it bodes well as the number of vaccinated passengers rises.

Speaking optimistically, of course, if you’re comfortable going back to theme parks this year, Walt Disney World will have a massive 50th-anniversary celebration kicking off in October. New attractions will include a Ratatouille-themed ride, a new Guardians of the Galaxy coaster at EPCOT, a TRON ride at Magic Kingdom, and a Star Wars hotel resort. If you’re planning on going to Orlando, Universal Studios is also unveiling its Jurassic World VelociCoaster. Keep in mind, though, parks may or may not be running at full capacity by then, and it remains to be seen if crowds and lines will return to pre-pandemic levels.

3. The Tokyo Olympics is going ahead. 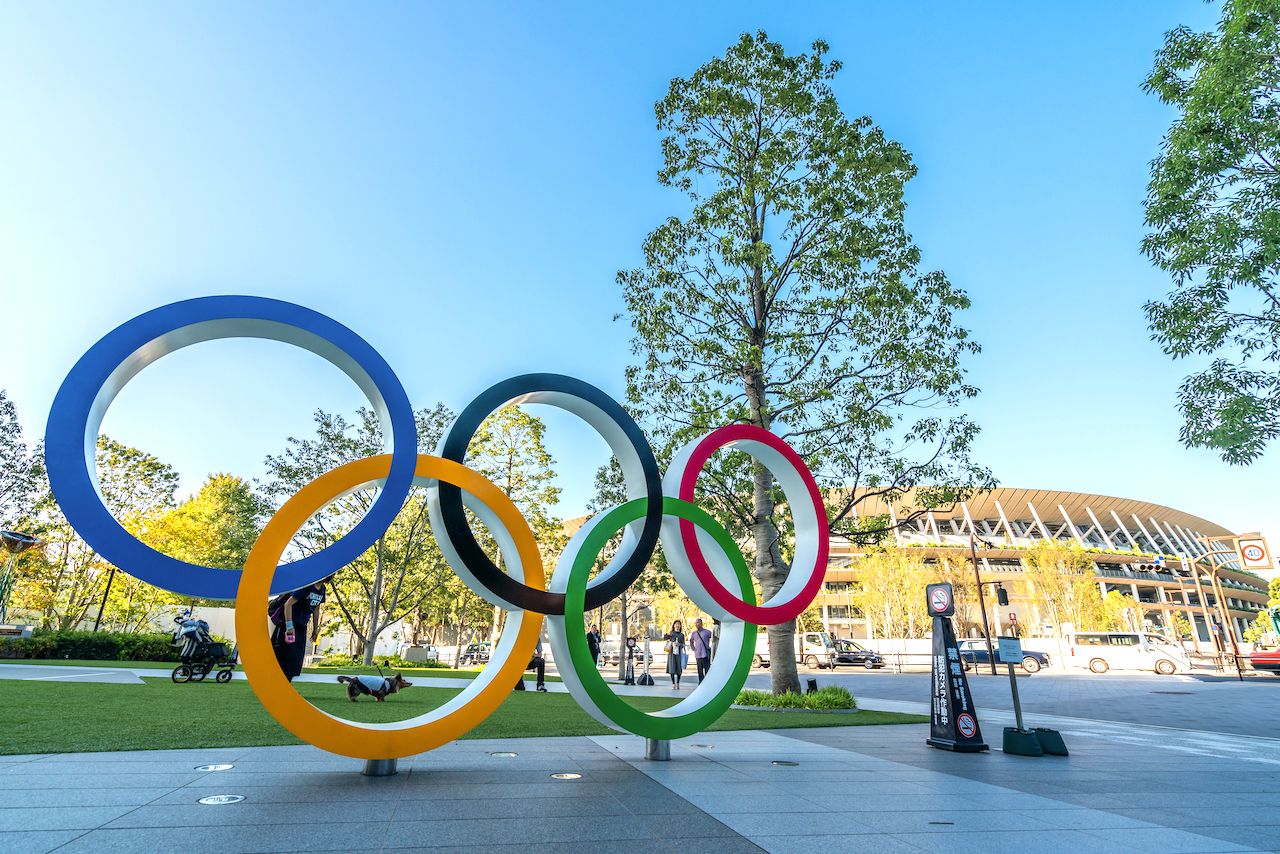 When you invest upwards of $25 billion in the Olympics, you’re not just going to cancel it — even if the issue at hand is a global pandemic. Tokyo organizers have stated firmly that they plan to hold the 2020 Olympics in 2021, and not only that, fans from other countries will be allowed to spectate. “By next spring we will be coming up with measures for all spectators including the non-Japan residents,” organizing committee CEO Toshiro Muto said during an online briefing in November, as per the AP. “For the non-Japanese, we need to be sure we secure a spectating opportunity for them as well.” So while there’s no guarantee you’ll be able to get a ticket and wander the Olympic village like it’s Seoul 1988, if the games have been on your list for a while, 2021 still offers some hope.

4. COVID-19 testing in airports and hotels 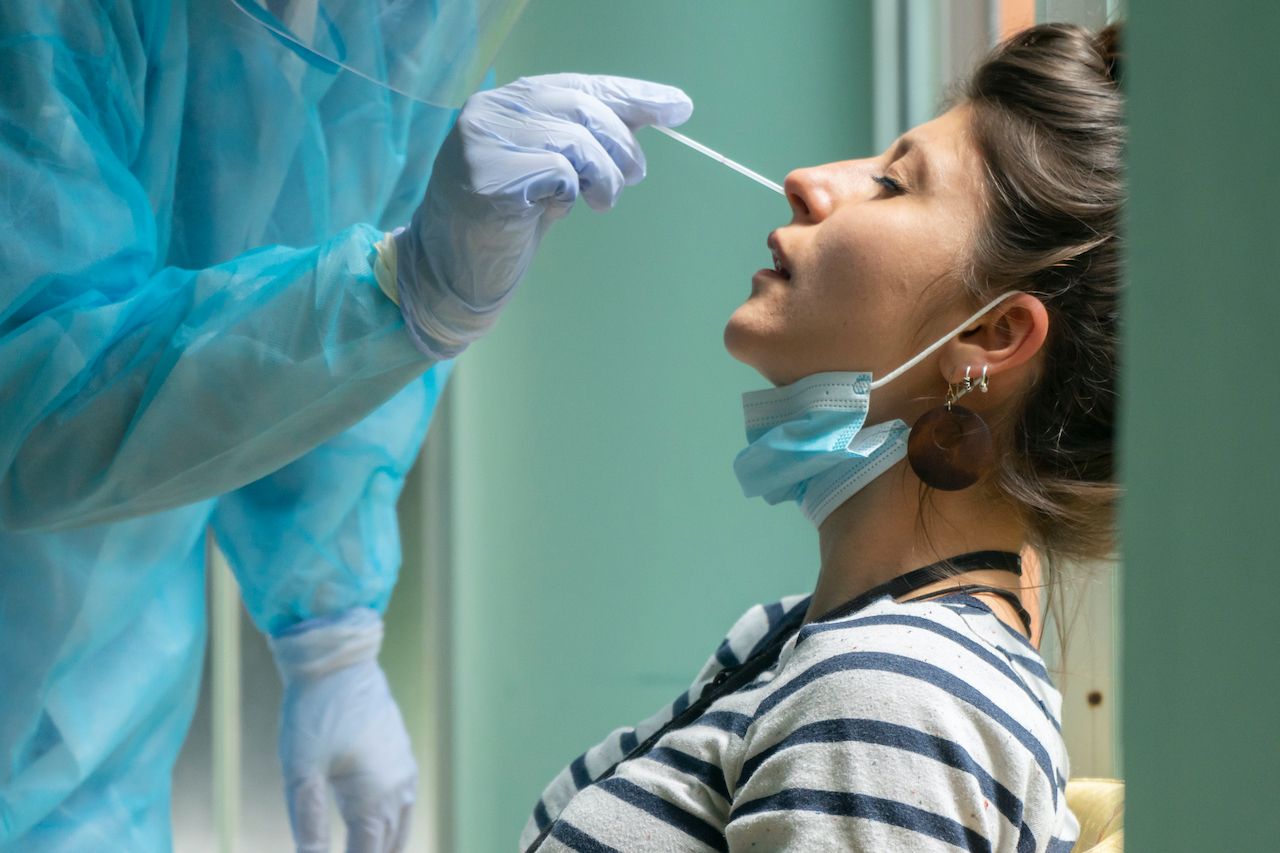 Slowly but surely, US airports have figured out that on-site COVID-19 testing is becoming a necessity. As recently as October, over a dozen major airports were offering testing in their terminals. And that number continues to grow each month as airports figure out the logistics of putting medical labs in aviation facilities. Hopefully as the year carries on, it will become a normal airport feature like TSA checkpoints, but for now check ahead with the airport of departure if you need a test to travel.

Hotels have also gotten in on the on-site testing craze, as luxury resorts from South Beach to St. Lucia are developing ways for guests to get tested before they go home. Whether that means clinics inside the hotels, local healthcare providers setting up shop in empty ballrooms, or local doctors making room calls, it’s an amenity that’s turning into a competitive advantage in the luxury space.

5. Some live music will be back out on the road.

While there’s no guarantee of a summer festival circuit in 2021 — and organizers haven’t made any optimistic-sounding announcements — the venerable Glastonbury Music Festival is still planning a 50th anniversary edition, even though technically 2020 would have been its 50th year. Beyond that, a handful of artists have announced intentions to tour this summer, albeit with limited capacities. Justin Bieber will hit the road over the summer, as will Queen with Adam Lambert. Chris Stapleton will start touring in the spring. A lot more shows are scheduled for the fall, as well. And as the future clears up a little, more announcements are sure to follow.

6. The Dubai Worlds’ Fair is still a go for October. 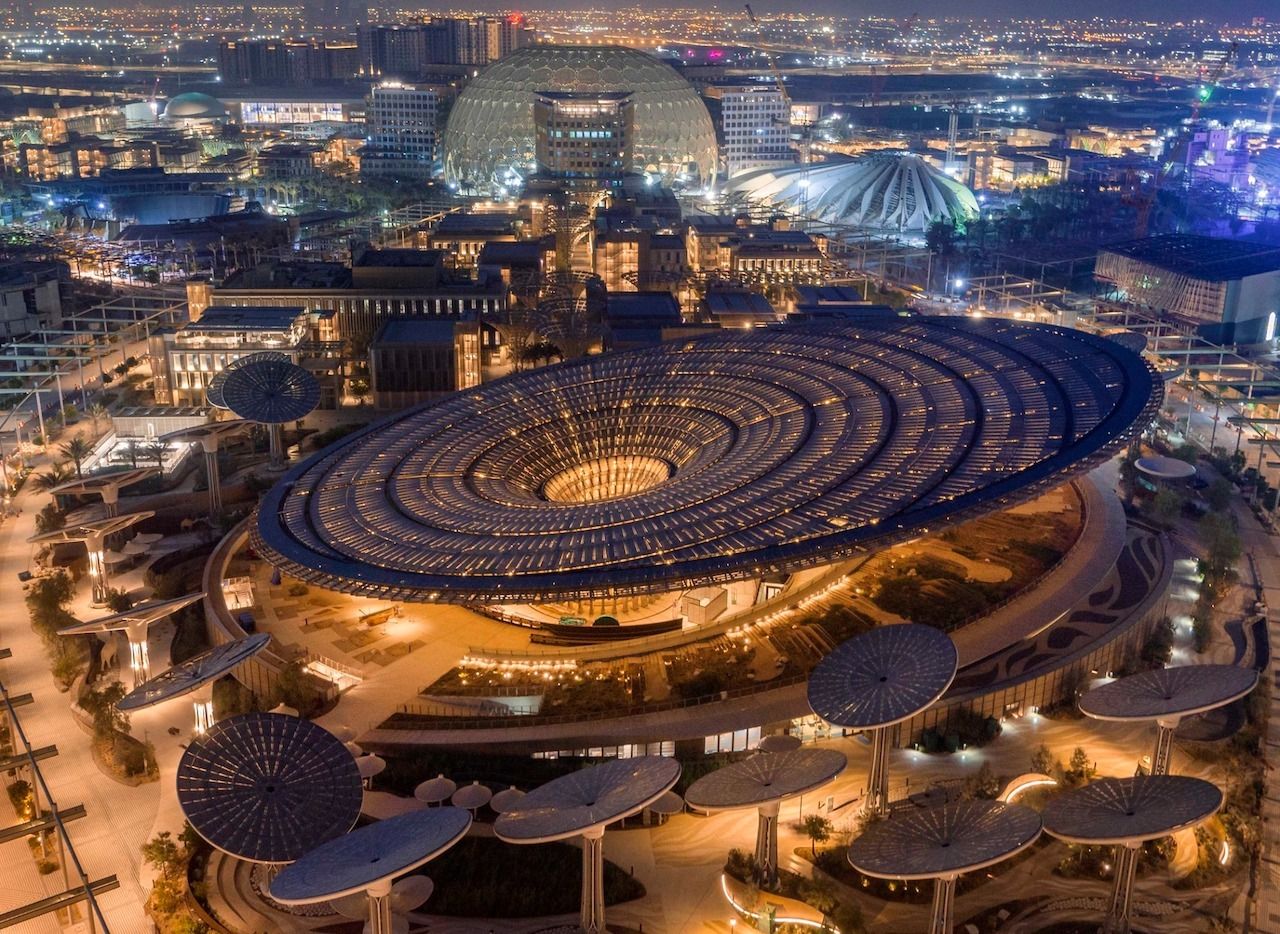 Dubai’s Expo 2020 was one of the first major events to get pushed by COVID-19, as it’s now slated to run from October 1, 2021, to April of 2022. It will be the first world’s fair held in the Middle East, and though it likely won’t draw the once expected 25 million visitors, it will still be one of the biggest reasons to travel this year. The theme is “Connecting Minds, Creating the Future,” with 192 countries participating in pavilions constructed to transport visitors to their home countries. Think EPCOT, done Dubai-style. No word on safety precautions or crowd size yet, but stay tuned as more announcements will come over the summer.

The end of 2020 saw a lot of talk about “immunity passports,” effectively standardized digital records that tell airlines, governments, and other entities you’ve received the COVID-19 vaccine. The idea would be to allow those who have had it more latitude in terms of travel, large gatherings, and the other stuff we used to enjoy less than a year ago. Qantas and Korean Airlines have already announced they are looking into immunity passports, and the International Air Transport Association has also announced it is developing a passport. Though concerns over privacy abound here at home, the immunity passport is hardly a novel concept; several countries already require proof of vaccinations (yellow fever, for example) to pass their borders. This just adds to the list.

Right about now, the US feels a little like the bully who nobody will play with after he got chicken pox. And while Australia and New Zealand play together, the Baltic states frolic freely across borders, the US is still standing on the side of the playground. But all is not lost! Rumors of a travel bubble with the UK percolated in December, though the new mutant COVID-19 strain across the pond put a big pause on that. Still, if cases can subside the plans are still there, and hopefully by later in the year there’ll be somewhere across an ocean for us to go. 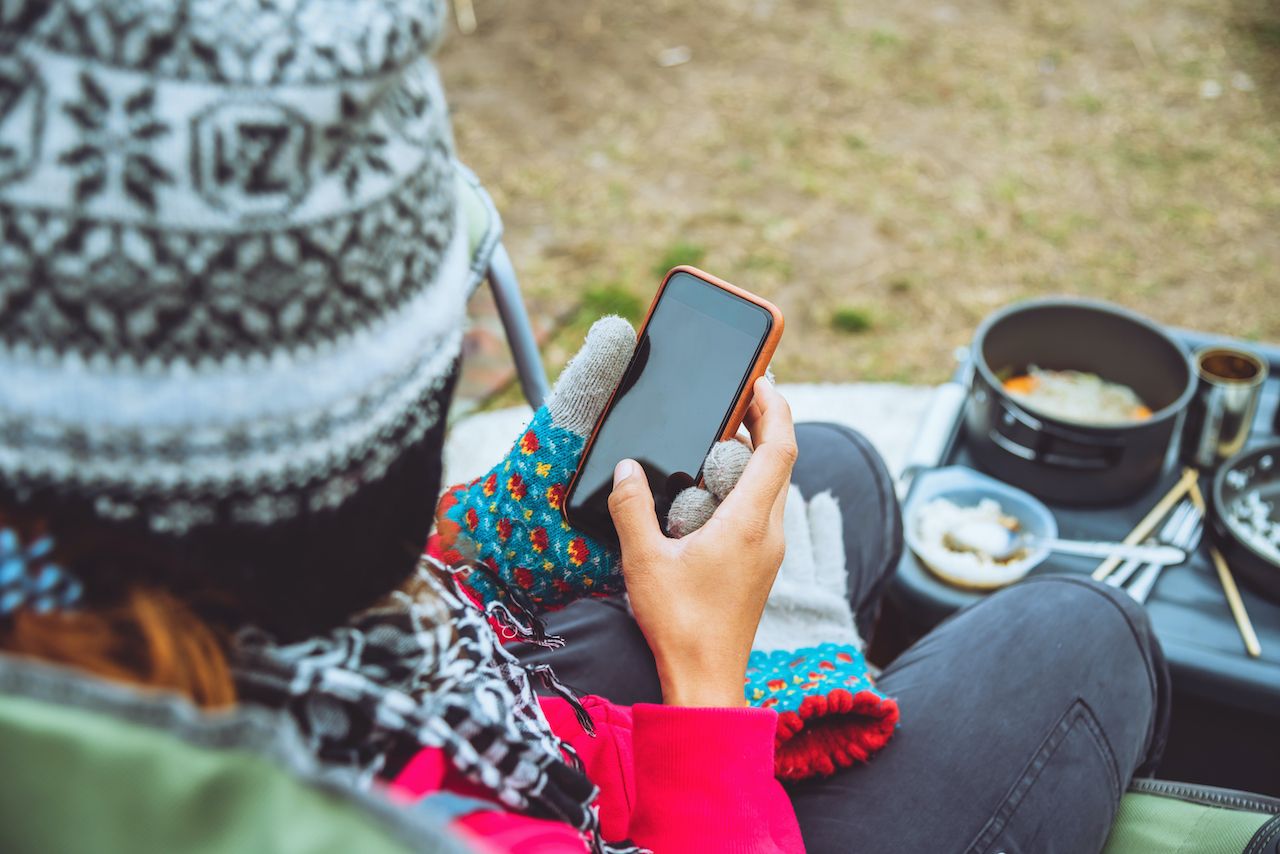 Some may not necessarily see having more WiFi in campgrounds as a positive, but for the ever-increasing mobile workforce, having the ability to work from anywhere opens a lot of opportunities. And, as we learned during a roundtable of travel experts, campgrounds and other remote lodging locations have seen overwhelming demand for high-speed connectivity. The more people can work from those locations, the theory goes, the more nights they will stay. And the more money they’ll spend. So, traditionally off-the-grid locales are clambering for WiFi, and by this summer’s camping season you’ll be able to check your phone every 45 seconds from tons more places.

10. The continuation of some great changes

Look, 2020 wasn’t all bad. Sure, we’d probably trade the abundance of cool pop-ups for the ability to stay out past midnight. But you’ve gotta find the silver linings. And 2020 had plenty that don’t look like they’re going away. During a recent conference of industry leaders, several pointed to flexibility as a new expectation in travel, meaning things like cancellation and change fees are likely gone forever. Now that the traveling public is used to being able to change their flights, hotel reservations, or other plans without a penalty, it’ll be hard to go back.

Other cool things that came about in 2020: More touchless check-in and streamlined airport experiences, as things like bag check and boarding pass scanning are largely all self-serve. Higher sanitation and cleaning standards have been adopted in airplanes and hotels. And though some airlines have gone back to jam-packing airplanes, middle seats still sit largely unoccupied. That day may end soon, but we may as well enjoy it while we can.

Airports + FlyingHow To Plan for 2021 Travel in the Age of COVID, According To 23 Travel Agents
Tagged
COVID-19 Travel United States
What did you think of this story?
Meh
Good
Awesome