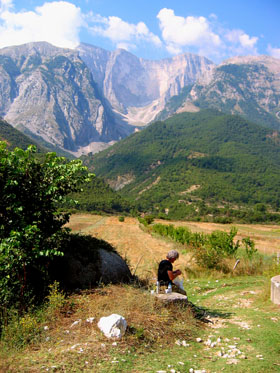 Not long ago Albania was strictly off limits for independent travel; the only way to visit was through a costly organized tour. Sailors from nearby Corfu were terrified of being forced to land along the Albanian coast, in case they were arrested as foreign spies and carted off to some kind of gulag.

It was considered to be the last great bastion of European hard-line communism.

That’s all over now. Westerners no longer need a visa, and hostels and budget accommodation are starting to sprout up all over the place.

Albania is still great value and offers everything from elegant Ottoman mansions in snow capped mountains, to ancient Greek ruins and near-deserted Mediterranean beaches. The last couple of years have seen dramatic improvements in the capital city of Tirana, as the once notoriously potholed streets have been repaired.

The country still retains its flavour and remains several steps removed from most of Eastern Europe. McDonalds and KFC have yet to invade, although you can find a “MacDonalds” — golden arches and all — and a kebab version of the colonel. 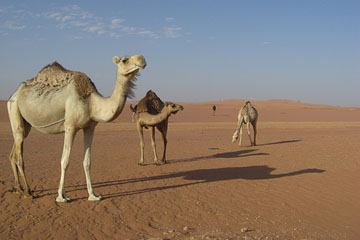 During the ten-year civil war — in which around 100,000 Algerians were killed — Algeria was strictly off limits for tourism. Even until very recently you could only visit if you went on an expensive tour escorted by an official guide.

It might be an exaggeration to say everything has now changed and all of Algeria is completely safe, but independent travel is now possible.

You need to have a booking with a hotel and provide plenty of support evidence to get a tourist visa, but it can be done. The easiest and cheapest option is probably to get a cheap flight into Tunisia and then cross over from there — the border with Morocco is closed.

Algeria is a vast country with everything from ancient Roman ruins and undeveloped Mediterranean beaches, to colonial architecture and the emptiness of the Saharan desert. Sooner or later, the people in power are going to realise that tourism could earn them a lot of money and greatly contribute to solving their chronic unemployment problems.

For more details on backpacking independently in Algeria, read my article To Camels from Cows — Algeria Overland. 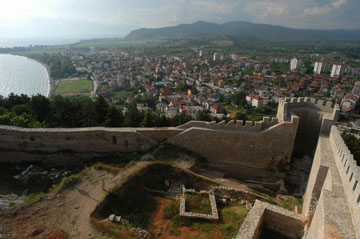 You can find medieval walled cities, great lakes, and lots of architecturally distinct churches and monasteries in Macedeonia.

The people are friendly and even popular tourist destinations such as Lake Ohrid are incredibly cheap for Europe (ten euros a night for a pleasant double room with cable TV).

It’s easy enough to travel overland into Macedonia from Kosovo or Albania, but the lack of cheap international flights means it can only practically be visited as part of a longer trip through other parts of Eastern Europe.

Oman is becoming increasingly popular as a stopover between Europe and Asia. 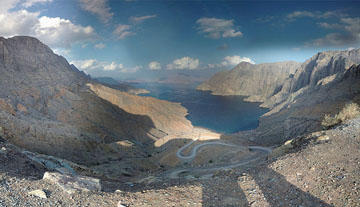 Even if you’re laying over in Dubai, it’s easy to get a bus down to Oman’s capital, Muscat — Western nationals can get an inexpensive visa at the Omani border.

If you’re flying to somewhere else with Oman airlines, you could also pay a small surcharge to stop in Muscat for a few days. Muscat may not be as well set up for tourism as Dubai, but I think it’s cheaper, friendlier, and more interesting.

As well as the usual desert and rocky mountain scenery, Oman has castles, mosques, and heaving, atmospheric bazaars. There’s not yet much in the way of budget accommodation, but sooner or later somebody will decide to open up a backpackers hostel.

Unlike in Russia or Belarus, Western nationals no longer need a visa to visit Ukraine. You can get a cheap www.easyjet.com”>EasyJet flight into Krakow, Poland, and then get the train to the nearby Ukranian border. From there it’s a short bus ride to Ukraine’s third largest — and arguably most popular — city, Lviv. You could also get EasyJet flights into Budapest and then hop the overnight train. 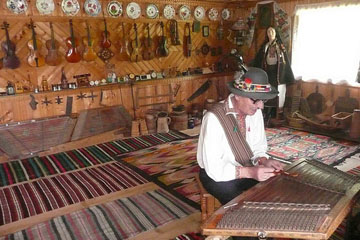 Ukraine still seems very “Soviet.” The cities have state-sponsored circuses and puppet shows in crumbling but permanent buildings. Outside of the cities, many people grow their own turnips in their front gardens. Headscarves are the norm for the aging ladies and the apparently bad dye jobs for the middle aged.

The young people are different, though — more like the teens in Poland or Hungary. It’s the differences, however, that make Ukraine worth visiting. As with Macedonia, there’s still a lack of cheap, direct flights, and language can be a problem, but Ukraine has something different to offer the curious traveler.

Given that it’s so close to the more popular parts of Eastern Europe and that decent hostels can easily be booked online, its popularity is bound to rise.

For another far-off-the-beaten-track idea, don’t miss How to Travel to Socotra, Yemen.

What did you think of this article?
Meh
Good
Awesome
Bookmark
Posted In
Travel
Destinations
Albania Algeria Macedonia Oman Ukraine