It’s understandable that most people want to check out the pubs when visiting Belfast. They’re looking for that authentic Irish bar experience — pints of stout beer, low traditional music, and copper tables. Luckily for those people, there are plenty of those type of pubs available. But Belfast has an awful lot more to offer than clichés. From the most down-and-dirty dive bars to rooftop cocktails, Belfast doesn’t disappoint when it comes to drinking establishments. This is where to drink in the most popular Belfast neighborhoods. 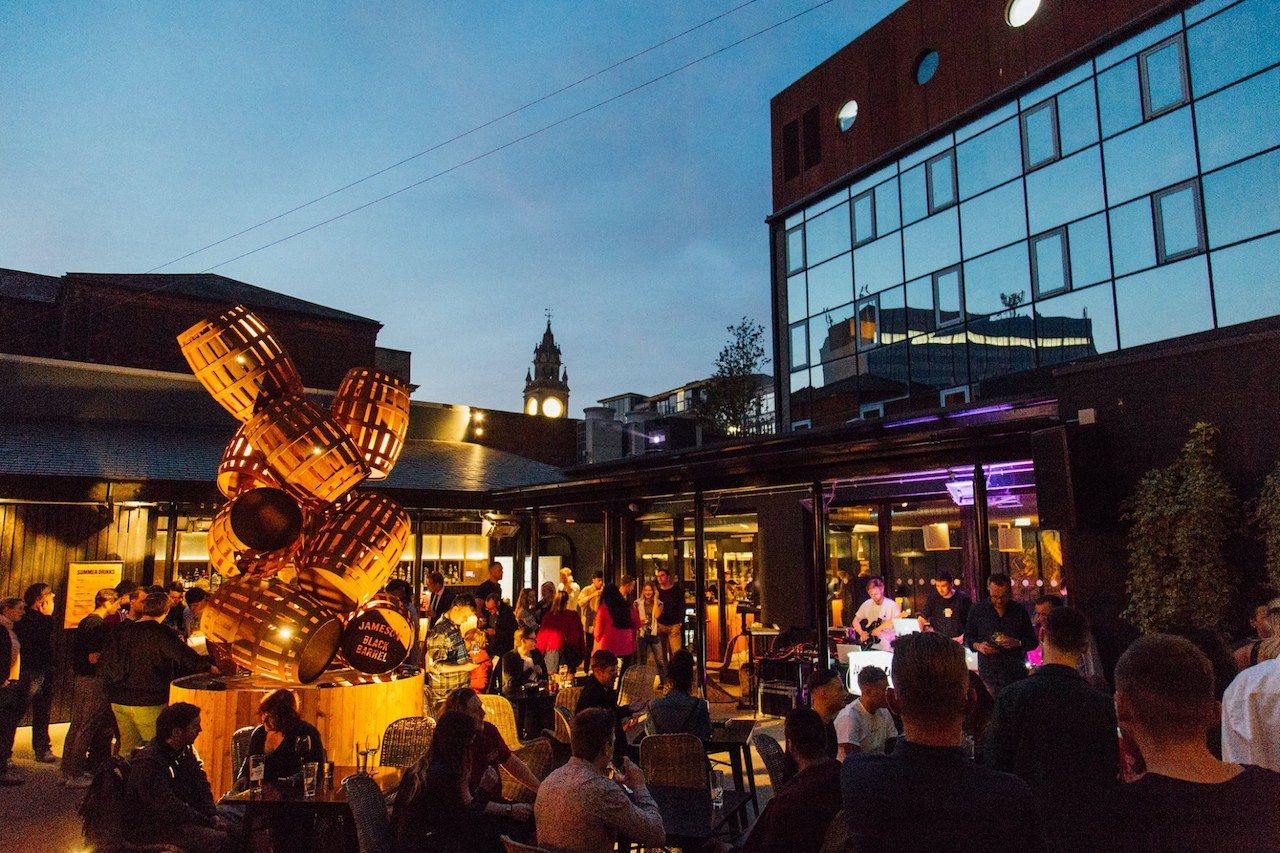 Babel $$$ — Located on the rooftop of the Bullitt Hotel, Babel is a cocktail bar that grows its own ingredients in-house. Not only that, but it grows them on the walls. This rooftop bar is decorated with more than 300 plants, many of which make their way into Babel’s extensive range of cocktails. Some plants go to infusions, others are muddled, and others still are garnishes. If that’s not enough, you can also enjoy a panoramic view of the entire city from the edges of the outdoor terrace. Catch the early happy hour for a taste of the cocktails without paying full price.

The Crown Liquor Saloon $$ — Belfast has a few establishments that claim to be the oldest bar in the city, but The Crown has the most convincing case. It’s been serving customers on Great Victoria Street every year since the 1880s, making it the longest continuously open pub. The Victorian interior has wooden and stained glass private booths that are a stark comparison to the modern hotels and offices around it. The drinks are simple here. It’s a popular spot for locals to drop in after work for a whiskey or a pint of the black stuff.

Bittles $$ — Bittles is by far the smallest pub in central Belfast, but it punches well above its weight in terms of beer and whiskey selections. It’s housed in what was in 1868 known as the Shakespeare, and a theatrical crowd frequented the spot. Today, it stands out thanks to a passionate and knowledgeable father-and-sons staff. On Bittles’ walls, you’ll find some of the city’s best visual artworks, including wry and irreverent depictions of Ireland’s literary heroes and Northern Ireland’s most famous and infamous political figures.

Limelight $ — Just south of City Hall, Limelight is probably the most well-known and popular commercial club in town that’s hosted rock and indie acts since the 1980s. Today, the music selection is more of a mix. Across four different rooms, you’ll find Top 40, power ballads, rock, and metal. During the week it’s popular with the local student population, while an older crowd tends to come in on Fridays and Saturdays. 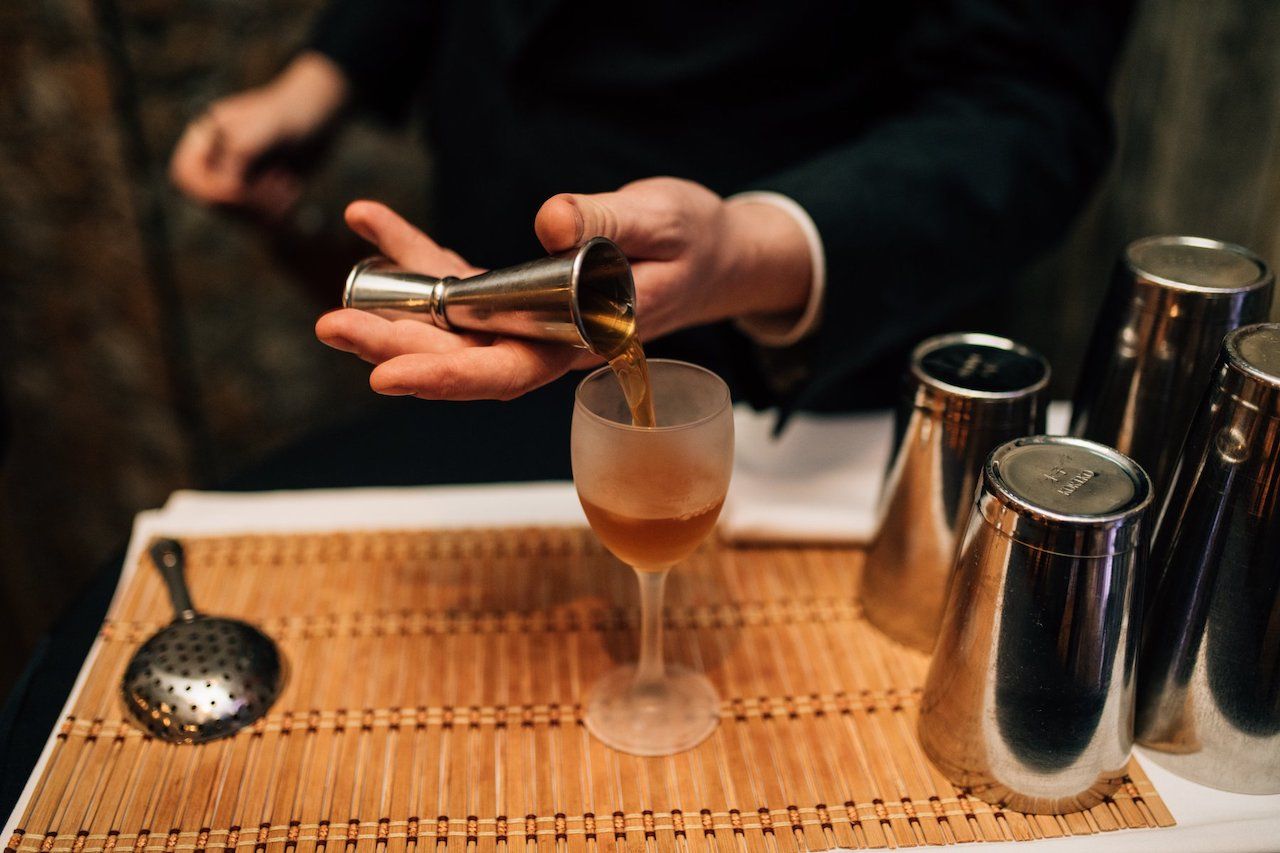 Berts Jazz Bar $$$ — Drop by Bert’s in the Merchant Hotel when you’re feeling like grabbing a drink in a sophisticated setting. This high-end cocktail bar is the city’s only jazz bar and restaurant, and it oozes classic cool, from its Art Deco interior to the resident live jazz band. Music plays every night starting at 9:00 PM. Order a cocktail from the classics menu to suit the vibe, and if you’re hungry, there’s food inspired by French bistros. Bert’s may not come cheap, but you’re worth it, right?

The Duke of York $$ — It’s the rare Belfast bar that nails both its indoor and outdoor spaces, but the Duke of York does exactly that. There’s been a bar of some sorts operating at this very spot for 200 years, but the Duke of York had to be rebuilt after a bomb accidentally went off in 1972. These days, the inside is a bit like stepping into a steampunk house of mirrors, with polished glass and copper on almost every surface. Signs, photos, and murals fill the walls. During the summer months, the bar spills out onto the whole street, with its distinctive fairy lights and yellow umbrellas. The slogan for the Duke of York is simple: “Come in soberly, drink moderately, depart quietly, and call again.”

The John Hewitt $$ — Named after one of the country’s most famous poets, the John Hewitt is well connected to Belfast’s literary past. On the back wall, you’ll find a detailed mural with dozens of the most important literary figures from the city. If that’s not your thing, you can also enjoy one of the many Irish craft beers beside the bar’s open fire. The list of beers is matched only by the bar’s list of gins, and there’s music with a different theme (schedule can be found here) every night of the week.

The Dirty Onion $$ — The Dirty Onion is located in one of the oldest buildings in town. The bar has a vast courtyard and beer garden, which is popular with gin aficionados on bright days. There are two bars and one restaurant, as well as live entertainment every night with a focus on Irish music. You can also take advantage of free traditional music lessons on Tuesdays, with all abilities welcome to try their hand at the bodhrán, an ancient Irish battle drum. 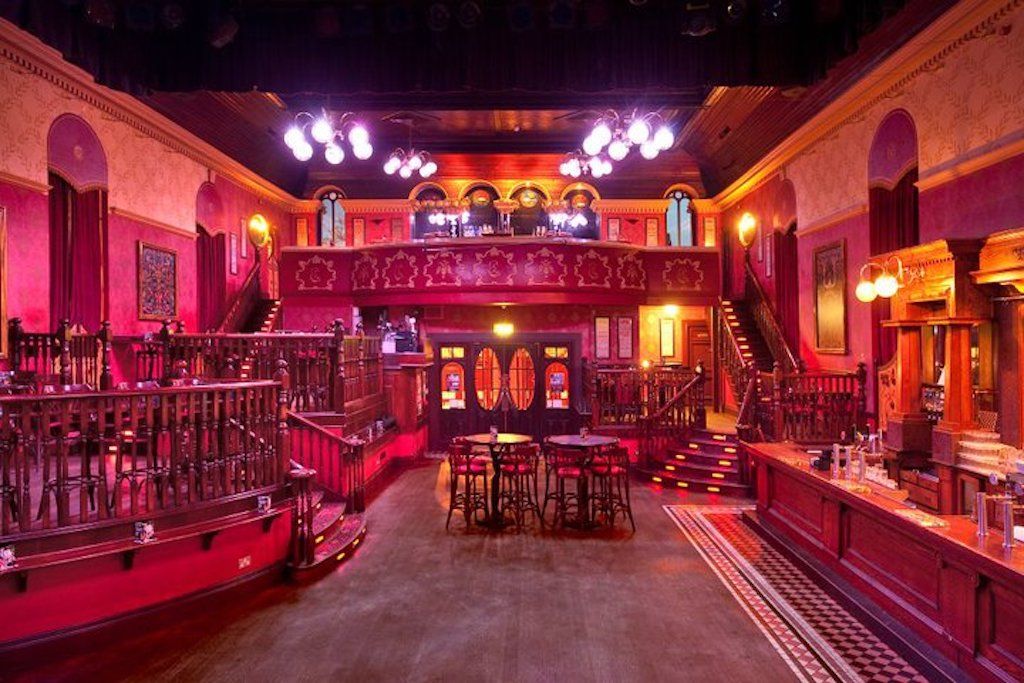 The Empire $$$ — Housed in a converted church, the Empire is Belfast’s most ornate and revered live music and comedy venue. The downstairs bar has free entertainment almost every night of the week in a traditional bar setting, and there’s classic bar food for when you’re hungry. Check Empire’s website for the show of the night. Aside from the extensive range of Irish, Scotch, and American whiskey, you can’t go wrong with the eponymous Empire Whiskey Sour.

Lavery’s $$ — Lavery’s, or more commonly “Lav’s,” is an institution for Belfast’s students. It’s the city’s oldest family owned bar, and this vast super-pub has everything, including dancefloors, a traditional public bar, a rotating tap room, a pool hall, and a labyrinthine outdoor area. Spendthrift students are particularly fond of the beer or spirit of the month offers, but there’s a wealth of different options across the various areas.

The Speakeasy $ — The official bar of Queen’s University’s Students Union, the Speakeasy has been serving cheap alcohol to thirsty students for several decades. But you don’t have to be a student to go (or to take advantage of the range of discount cocktails). It’s not luxurious, but you’ll find everything you need for a good night out, including a rooftop, pool tables, projector screens, and resident DJs.

The Menagerie $$ — Locals lovingly characterize the Menagerie as a hole in the ground. This former paint warehouse hasn’t changed that much inside or out since being converted into a music venue. If you want a club experience with none of the pomp and circumstance, the Menagerie has nights to suit just about any music taste, including house, techno, disco, metal, and even the odd northern soul event. 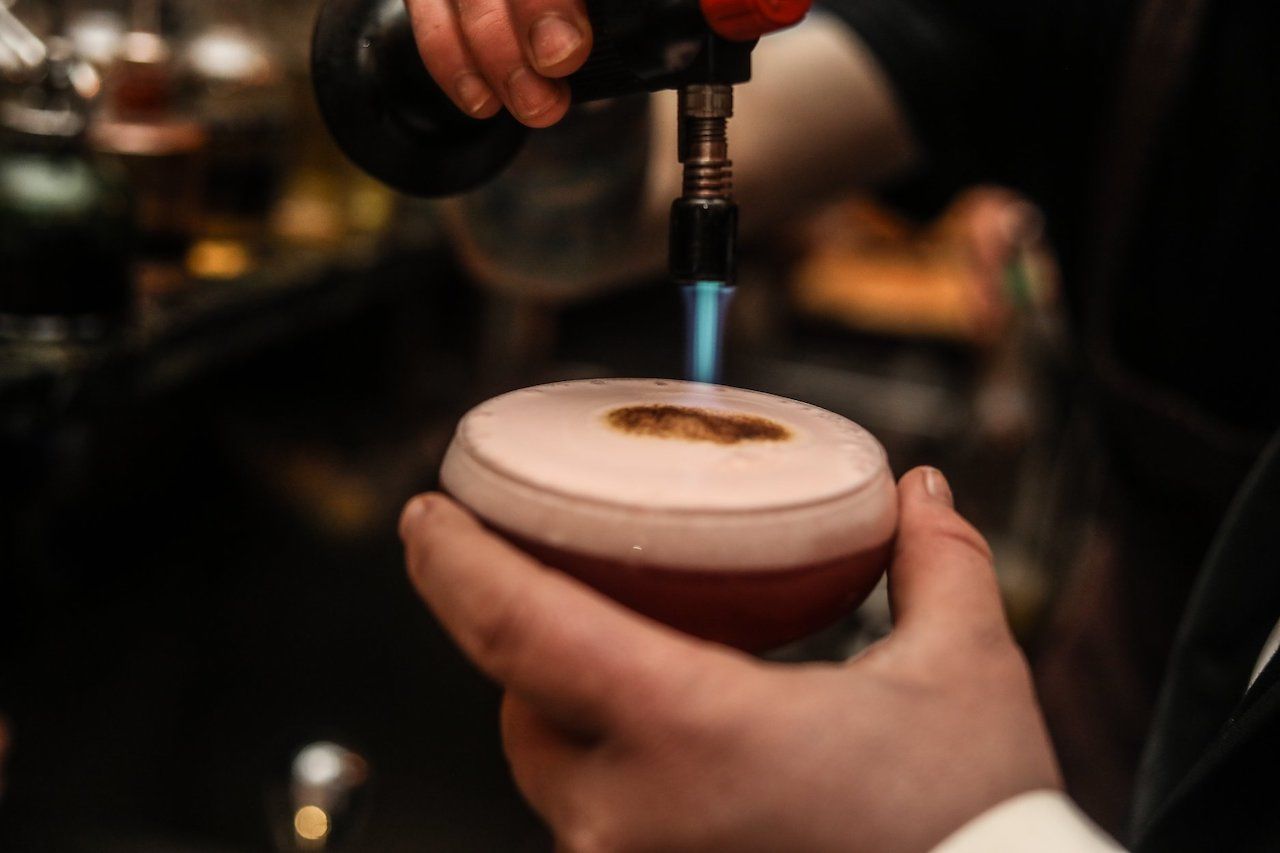 Blaklist $$ — Blaklist is run by cocktail nerds. It’s impossible to give a drink recommendation, as the menu is constantly changing based on what ingredients are available in that season. You’re best option at this laid-back speakeasy is to go with whatever the bartenders are most excited about that day.

Kremlin $$ — The center of Belfast’s LGBT nightlife, the Soviet-themed Kremlin has been serving loyal patrons since 1999. It’s a disco club and lounge all in one. On the first night it opened, a bomb scare forced everyone onto the streets. Kremlin hit the front pages of the papers with photos of drag queens dancing in the streets. It hasn’t looked back since, expanding over the years. Its continued to be known for its friendly and welcoming atmosphere, as well as its generous drinks offers.

Sunflower Public House $$ — In 2015, the Sunflower was voted the best pub in the country. It was facing closure at the time, and the same year it won the award, a campaign halted a multi-million-pound redevelopment which would have knocked the bar down. Clearly, this is Belfast’s most beloved imbibery. The Sunflower is obstinate in serving only local, independent beer. The large beer garden is home to works by local graffiti artists, as well as a woodfired pizza oven. It has a distinctive security cage, the only one left in the city. However, these days it’s less a matter of safety than a good place to hang flowers.