Belfast has a rich and varied culinary scene. Much of this centers around gimmick-free traditional cuisine that caters to local tastes, but that doesn’t mean you’re in for only meat and potatoes. Visitors will be impressed by the range of fare on offer, from modern twists on time-tested classics to international options that reflect Belfast’s status as a city for everyone. Whatever you’re in the mood for, these are the best restaurants and places to eat in Belfast, broken down by neighborhood. 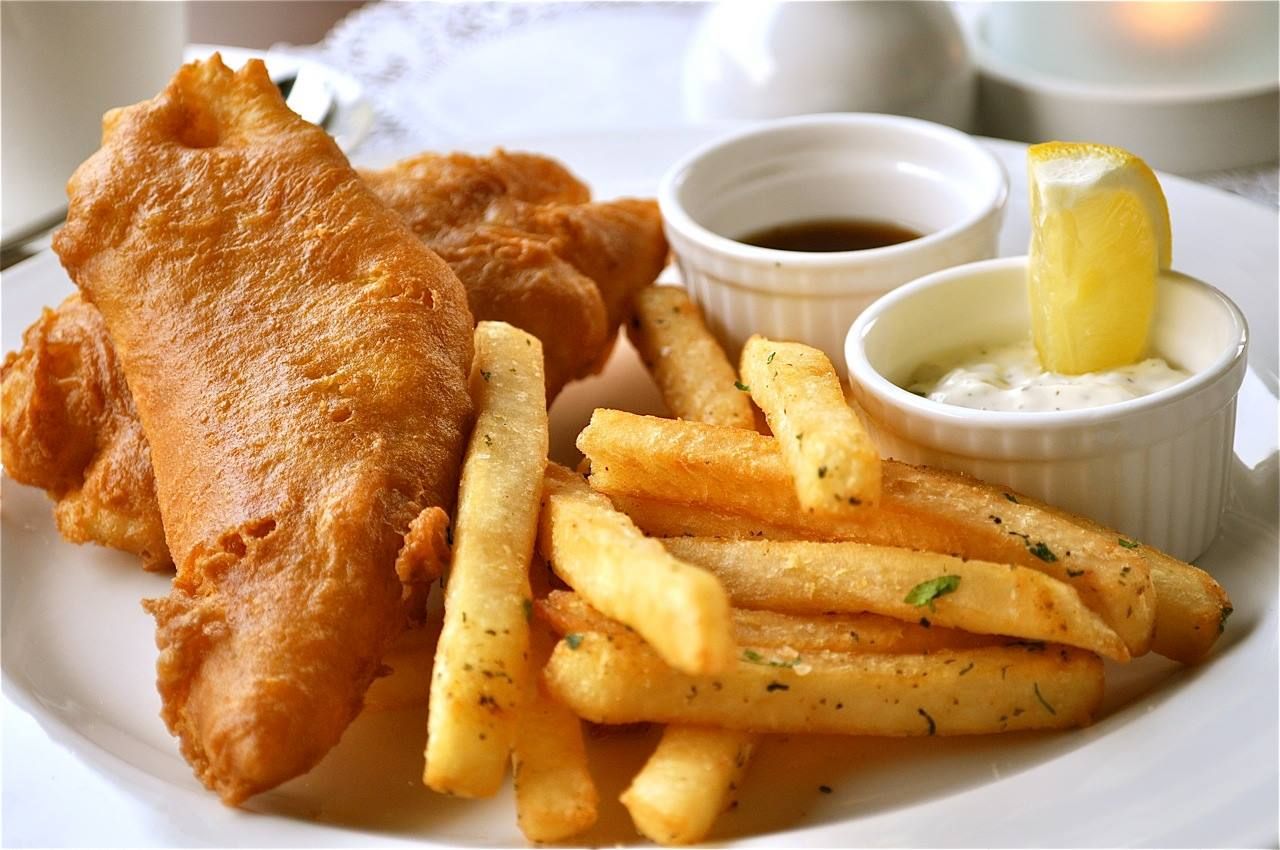 John Long’s $ — Fish and chips aren’t just for the English, you know. John Long’s has been serving just that for over 100 years. It’s kept up with the times, though, so there are gluten-free and vegetarian options available, too. Fish options include cod, haddock, and hake. John Long’s reputation for cheap and cheerful grub has even attracted some famous faces over the years, including Sean Bean and the lads from the band Take That. For the Northern Ireland chippie experience, go for the pasty supper.

The Morning Star $$ — The Morning Star first opened its doors back in 1810, and has been recognized as Belfast’s premier gastropub for almost as long. Expect unpretentious pub-grub classics, including a wide selection of roast meats, burgers, and steaks. There’s also fish and traditional dishes like Cock n Bull, Irish stew, and Guinness pie. It’s all served up in a relaxed atmosphere with affordable menu prices. The roast beef is a particular highlight, especially if it’s washed down with a nice cold pint.

Mourne Seafood Bar $$ — Quick geography lesson: Ireland is an island, and Belfast is a port city. That can only mean one thing: great seafood. The Mourne Seafood Bar is the only restaurant in all of Ireland that owns and operates its own shellfish beds. There’s also a variety of fresh daily catches. As such, your best option is to ask for your server’s recommendations. It’s always hard to look past Guinness and mussels, though.

Jumon $$ — Opened in 2018, Jumon is a vegetarian pan-Asian fusion extravaganza. The menu mainly draws on Southeast Asian classics like pad thai and ramen dishes. The char sui tofu with brown rice and fresh greens is a particularly exciting mixture of flavors. Order a cocktail to go with the food, although you’ll need to decipher the cryptic menu, first. 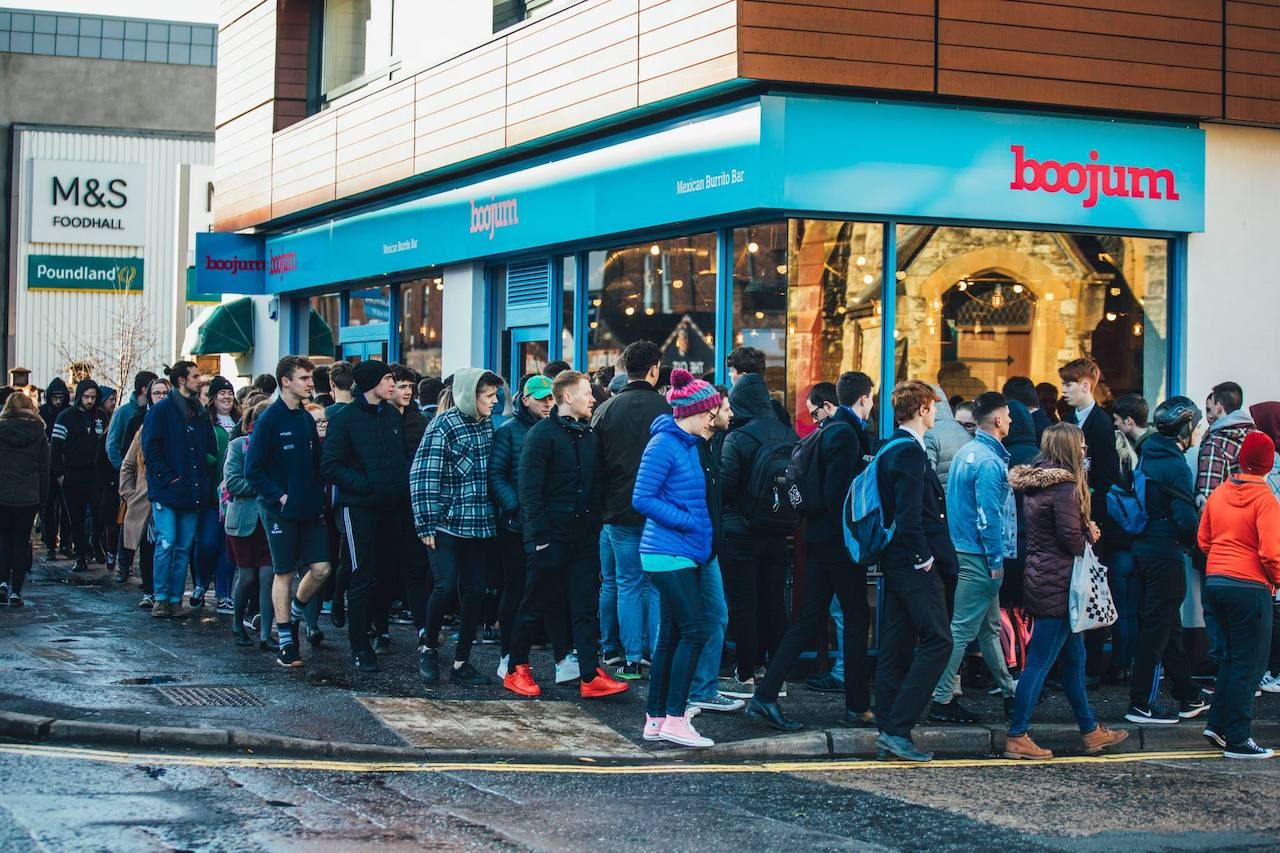 Boojum $ — Boojum is what happens when an American and a Belfast native get frustrated by the lack of good Mexican food in the city. Since 2007, Boojum has turned the whole of Ireland into burrito lovers and has spawned a number of imitators. You may want to order in advance, as you’ll have to contend with masses of hungry and loyal students at meal times. You’ll find other locations around Belfast.

Conor $$ — Housed in the former studio of the visual artist William Conor, this is Belfast’s premier brunch spot. The café’s namesake was known around the world for his depictions of Northern Irish working class life in the early 20th century. Conor probably didn’t expect his legacy to include a selection of small plates, but he’d probably be thrilled if you raised an Irish coffee or espresso martini in his honor.

Maggie Mays $ — Maggie Mays is a Belfast institution and something of a lifeline for hungover students. It’s your best option for Northern Ireland’s finest culinary invention, the Ulster Fry (potatoes, soda bread, fried eggs, bacon, sausage, and black pudding). It’s cooked up all day and will cure just about any ailment picked up from one too many drinks at Belfast’s many great pubs.

The Barking Dog $$ — The Barking Dog offers reasonably priced bistro-style fair just minutes from the main university campus. This makes it a firm favorite with academics. The modern farmhouse interior reflects the style of food on offer, especially the use of less popular and often overlooked cuts of meat. The burger is made from shin meat and is probably the best in town.

Quartisan $$ — Compared to the cobbles of the Cathedral Quarter, the polished concrete interior of Quartisan is a much more modern affair. Most of the dishes consist of fairly traditional meat and seasonal vegetables, but have the decadence turned up to the max. Perhaps none more so than the Cock n Bull, which is made with a dry aged sirloin.

Made in Belfast $$ — You might have guessed from the name that Made in Belfast has a strong emphasis on local produce and ingredients. Of course, trying to get the best local ingredients always comes with a slight mark-up in price. Yet for an indulgent lunch, you’d be hard pressed to beat the Strangford Lough mussels, which are served with leeks and a white wine cream. Other locations of Made in Belfast can be found on Hill Street and near City Hall.

Pizza Punks $ — Pizza Punks has a pretty simple menu, but there’s a twist: Each woodfired pizza costs the same no matter how many toppings you order. With everything from Irn-Bru pulled pork to potato bread as options, you can get as wild as you want. 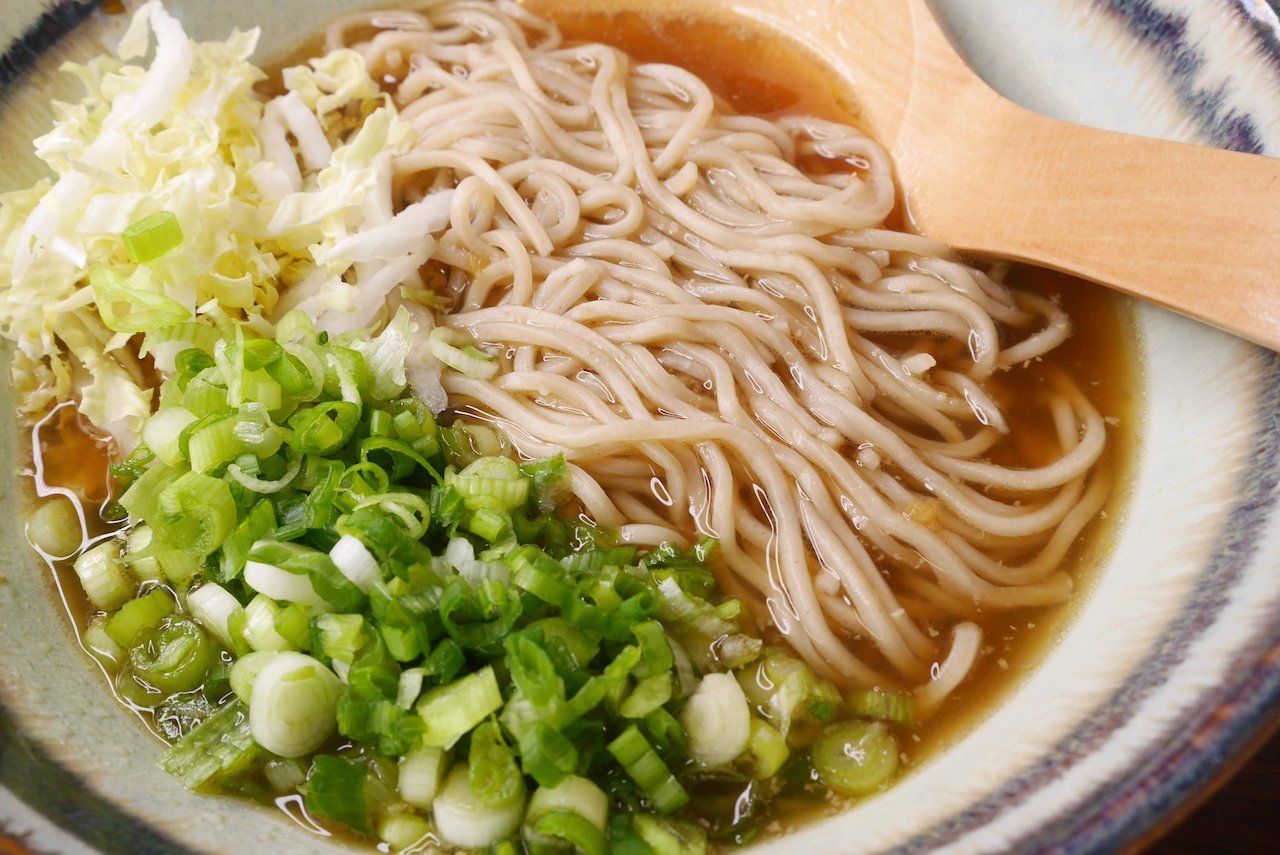 Bia Rebel $ — From humble food truck beginnings, Bia Rebel is Northern Ireland’s only hand-made ramen establishment. Bia Rebel makes its own noodles from scratch every day and serves it in 10 different combinations. If you’re not a ramen fan, you might be interested in the pan-fried gyoza dumplings or homemade vegan potato salad.

L’Etoile du Nord $$ — For over 30 years, L’Etoile du Nord has been serving authentic haute French food on the suburban Ormeau Road. Regular patrons boast that the menu basically hasn’t changed in that time. Why mess with a good thing? Bonus: It’s BYOB.

General Merchants $$ — This is another place in Belfast where you’re likely to encounter a queue out the door. By day, General Merchants has all the qualities of a hipster cafe, including a range of soups, salads, and sandwiches. By night, it’s a full on modern bistro. Special props have to be given to its year-round Christmas dinner.