Belfast’s calendar of events and festivals reflects an evolving city with an increasingly vibrant and metropolitan population. Each year the city plays host to dozens of arts, music, and culinary events that showcase the depth of local talent, as well as reflect the city’s status as an international cultural hub. Chances are there’s always going to be something on, but if you’re in town for these special events and festivals, you’re in for a treat. 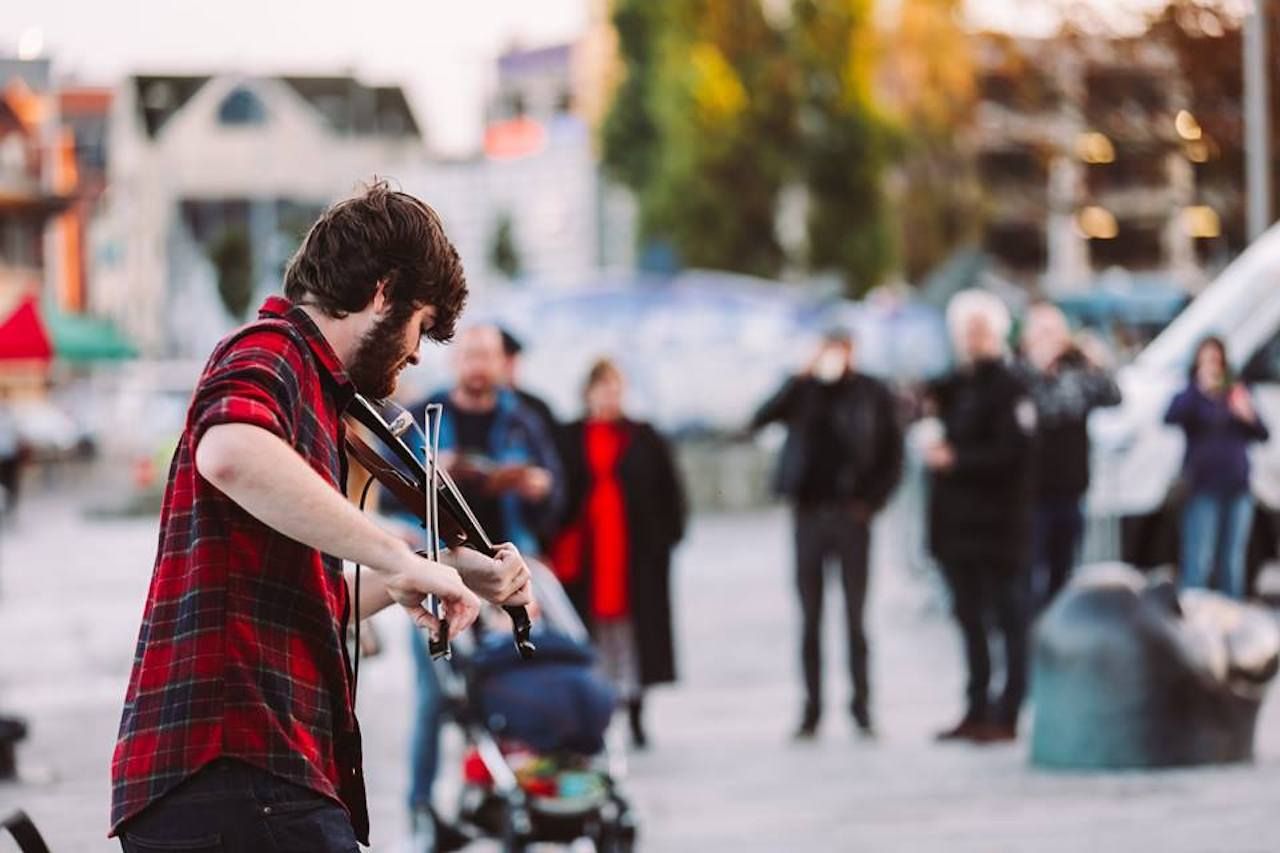 Culture Night — Launched in 2009, Culture Night quickly became the highlight of most locals’ social calendars. Every year on the third Friday in September, the city streets become part carnival, part open-air theater with a little bit of a block party vibe thrown in for good measure. While events vary from year to year, typical favorites include a street countdown and the slow bicycle race. Businesses throughout the city also open their doors to the weird and wonderful, so don’t be surprised if you find yourself sipping sangria in a beauty parlor.

Fleadh Feirste — Also known as the Gaeltacht Quarter Festival, Fleadh Feirste is Belfast’s annual celebration of the Irish language and traditional cultural activities. Events take place in the city center and the Western suburbs, including pop-up Irish language meetups, traditional sessions, and visual arts exhibitions. The Fleadh also seeks to situate the Irish language in the 21st century, emphasizing the work of innovative young artists and their role in continuing and preserving centuries-old traditions. 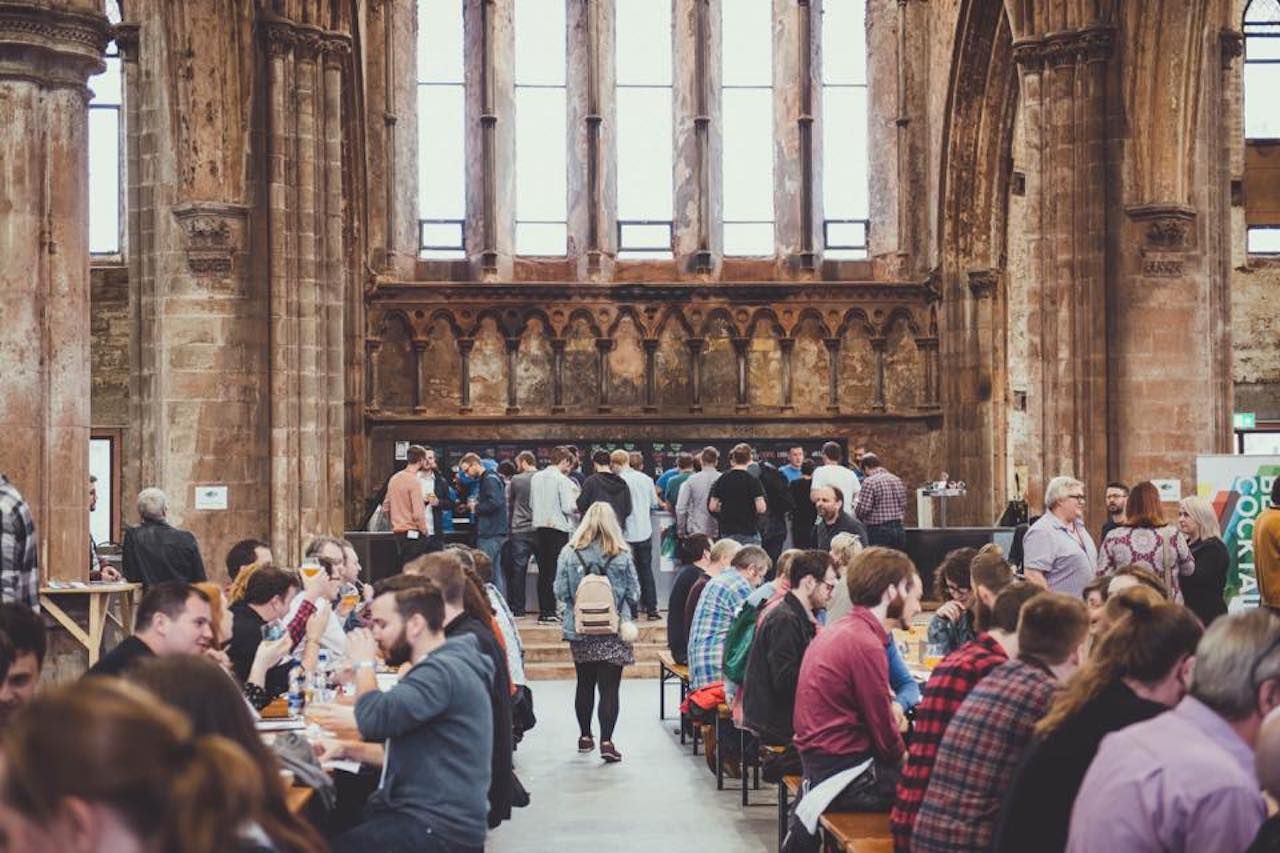 ABV — Like many other young, increasingly affluent cities, Belfast has caught the craft beer bug. Every August, ABV stocks hundreds of beers from dozens of breweries across the globe. There’s also a range of different culinary options from different street-food vendors. If that weren’t enough, ABV has been held in some of the city’s most iconic buildings. Since 2017, it has operated out of a Victorian church in the Gothic style in the north of the city. You’ll struggle to find a more Insta-friendly spot to have a quiet pint.

Belfast International Arts Festival — Every September since 1962, the Belfast festival has been the flagship event of the city’s artistic year. Of all of Belfast’s cultural offerings, this is maybe the most traditional. Expect classical music performances and Shakespeare productions. The Belfast festival is by no means backward-looking, though. Indeed, it has a strong social conscience, importing some of the world’s most important and challenging art to Northern Ireland for the benefit of locals and visitors alike. 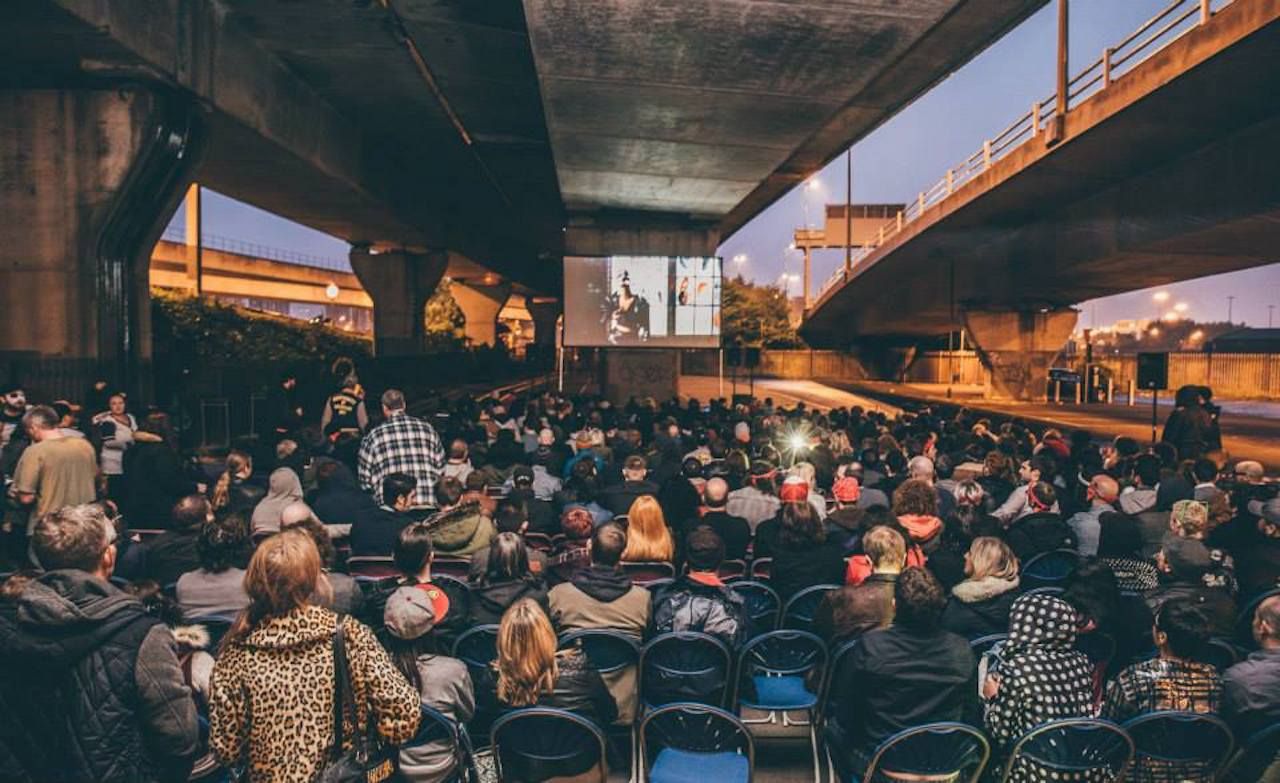 Belfast Film Festival — Each spring, Belfast Film Festival produces a program of screenings and related cultural events to satisfy even the most ardent of film buffs. Events take place in a range of venues, including the city’s two arthouse theaters, the Strand and the QFT, as well as the Cathedral Quarter’s Beanbag Cinema. The festival’s organizers host other movie-related events throughout the year, including a packed outreach program for kids and disadvantaged would-be directors.

Cathedral Quarter Arts Festival — The Cathedral Quarter’s eponymous festival mainly takes place across the area’s myriad small bars and theaters. As such, the festival’s program is able to focus on slightly more niche areas of the arts than if it was trying to fill giant venues. Taking place every January, visitors will find an exciting schedule of intimate folk gigs, quirky comedy, and cutting edge theater and talks. Many of the events take place during the afternoon so that local office workers can catch a quick show on their lunch hour before walking back to work through the narrow cobbled streets. 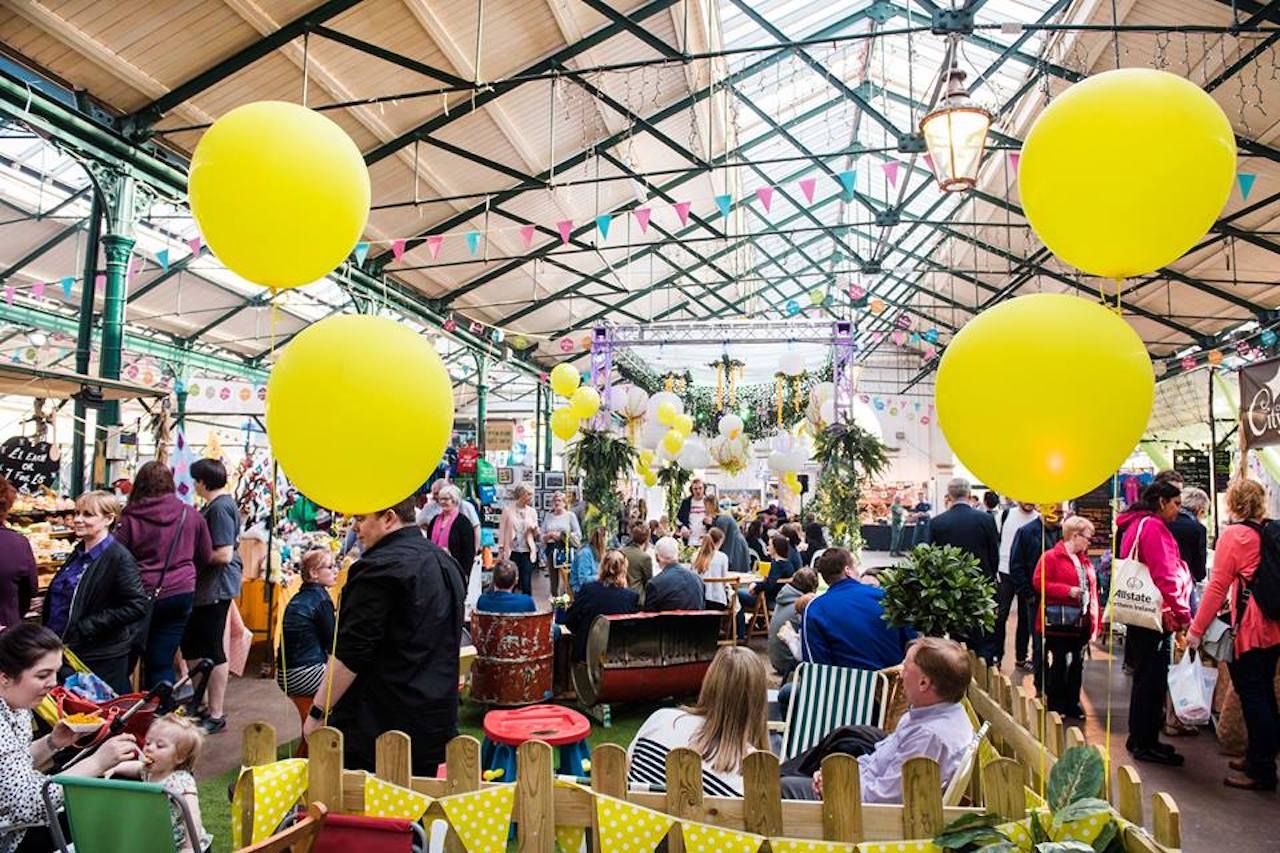 St George’s Twilight Market — Once every season, St George’s Market opens its doors in the evening. Rather than its daytime focus on groceries and produce, the Twilight Market takes on a more grown up, sophisticated feel. Delegations from most of Belfast’s top restaurants set up stalls alongside artisan bakers, cheesemakers, and floggers of other delicacies. Live entertainment is also present, which is best enjoyed with either a glass of craft beer or cider or maybe a few glasses of wine.

St. Patrick’s Day — St. Paddy’s Day in Ireland isn’t nearly as debaucherous as it is in Irish-American cities like Boston and Chicago, and that’s even truer in Belfast than Dublin. While thousands of tourists descend on Dublin for St. Patrick’s Day every year, Belfast’s celebrations are much more low-key. You’ll still be able to enjoy a parade departing from City Hall, bagpipers, Irish dancers, live open-air concerts, and plenty of people dressed as leprechauns, but thankfully, no green beer. 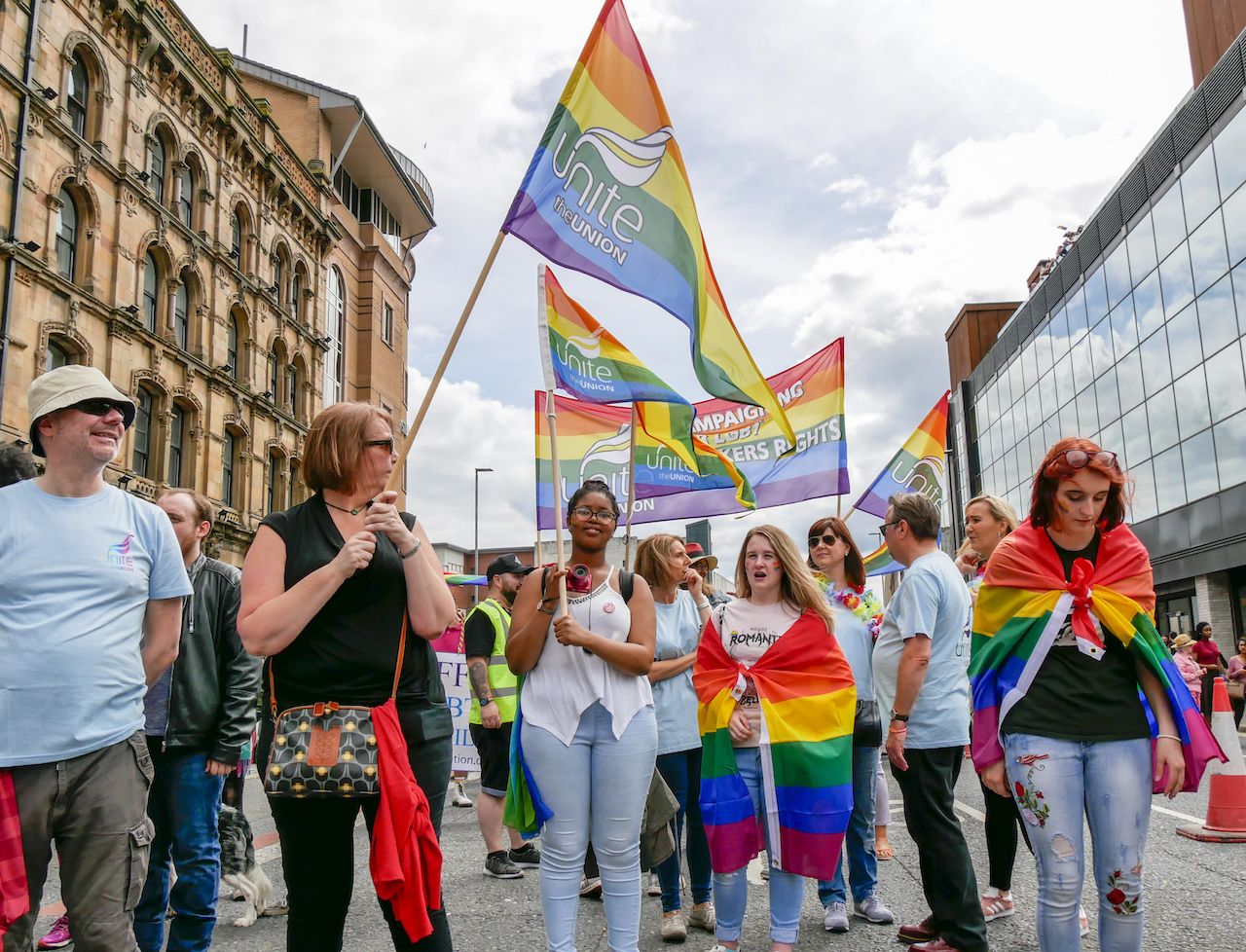 Belfast Pride — One of the largest events in Belfast is the annual Pride celebration, which spans 10 days of summer and culminates in a massive parade. Thanks to an incredible amount of attendees, the parade recently outgrew its old route and now winds through an even larger portion of the city. Belfast Pride also puts on over 100 events beyond the parade, including educational clinics, talks, brunches, karaoke nights, happy hours, and many, many parties.