Denver and its surrounding suburbs are ground zero for craft beer innovation. It’s the home of the largest craft beer festival in the country, and has more breweries than New York City has skyscrapers. On the relatively newer front, Denver is also becoming a hotbed of distilling innovation, with locals making everything from American single malt to agave spirits. Those two craft influences are a large driver of Denver’s bar culture. A trip to Denver isn’t complete without at least one brewery tour, and you’ll find local brews available at just about every drinking establishment in town (of which there are many).

Denver is also a music town. It may lack the spotlight of Nashville or Austin, but the music scene here routinely pushes acts onto the national stage. Take, for example, The Flobots, Nathaniel Rateliff, The Lumineers, and a host of other recently inducted members of the rock star club. The city is a major hub for nearly every national tour. Classic theatres, divey rock clubs, and modern venues dot the city’s neighborhoods.

There’s something for every drinker in Denver. You just need to know where to look. 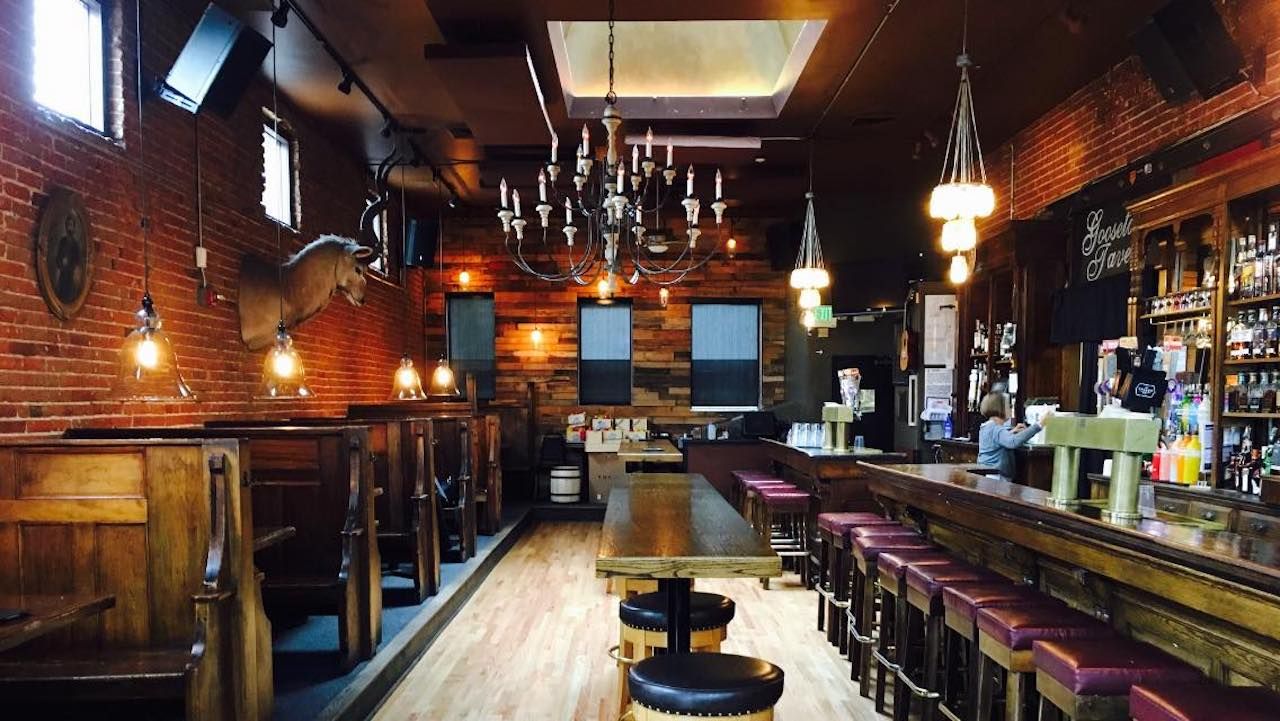 Goosetown Tavern $ — Operated by a prominent figure in the local punk scene, Goosetown is the pre and post-show bar of choice on the Colfax strip, and also hosts live music in its backroom venue.

Bluebird Theater $$ — The Bluebird is Denver’s long-standing club for intimate local and national musical performances. Anytime the marquee is lit up, this is a great spot to rendezvous because there’s bound to be a good show happening.

Atomic Cowboy $ — Atomic Cowboy is a beer and cocktail bar that attracts a rowdy weekend crowd. Fat Scully’s, the city’s best pizzeria, are sold by the slice. Do like the locals do and return to the bar the following morning for brunch from the Denver Biscuit Company.

Lost Lake Lounge $$ — This bar is the perfect ode to Denver’s rise as a musical hub. Five years ago, the place stood in near shambles. There was no stage and bands stood in a corner about two feet from a beat-up old video game machine. Now, the place is a full-on venue with a hi-rise stage, killer sound system, and sets by rising local and national talent. 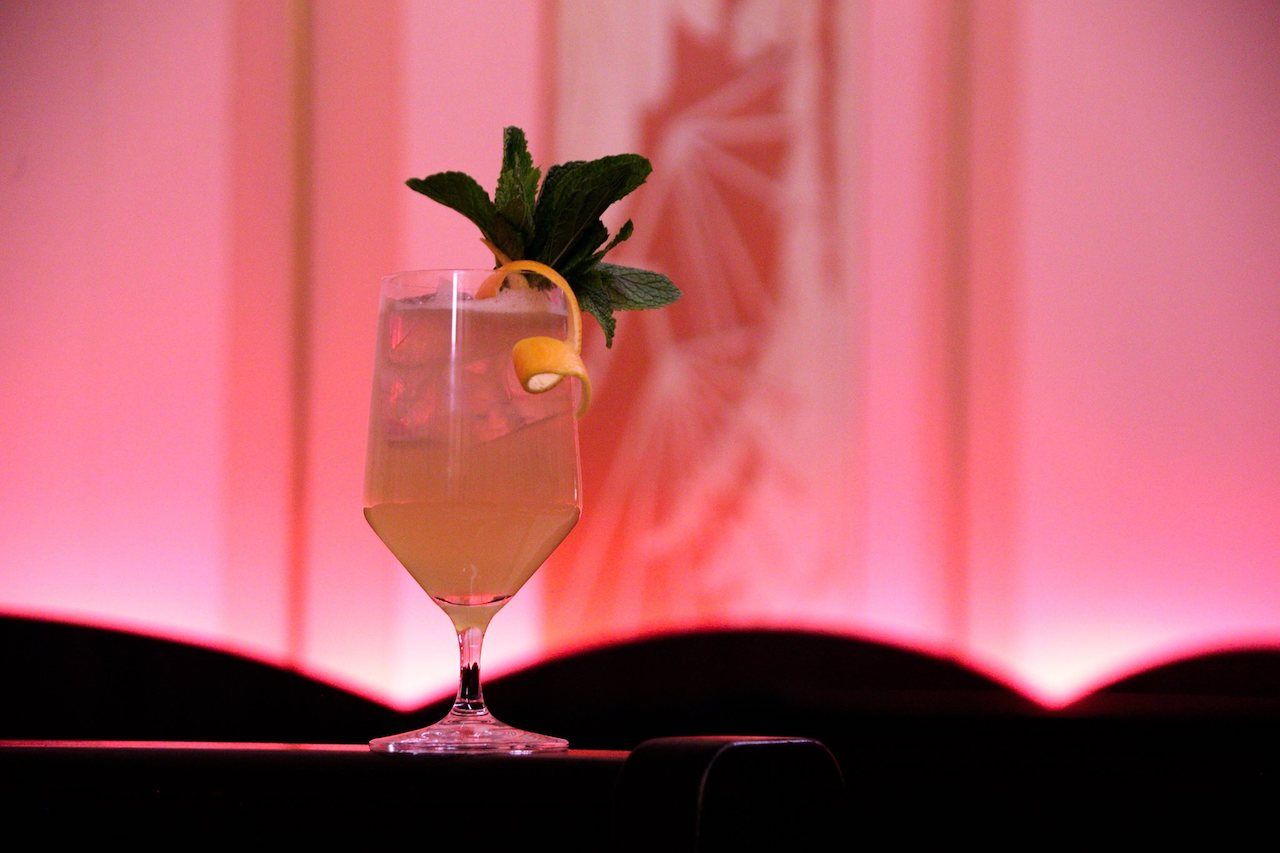 The Cruise Room $$$ — Say what you want about trendy hideouts walled off by fake bookshelves, The Cruise Room is an OG speakeasy-style bar that’s worth multiple visits. Jack White filmed the music video for “Would You Fight For My Love?” at the bar, which is hidden in the swanky Oxford Hotel. That’s not a bad claim to fame, and the drinks are just as impressive.

Union Lodge No. 1 $$ — Union Lodge No. 1 gives you the chance to sip a handmade cocktail and get a feel for what 19th century Denver looked like — long before John Elway or even Jack Kerouac put their stamp on its image. Order a Blue Blazer for a fiery cocktail experience. 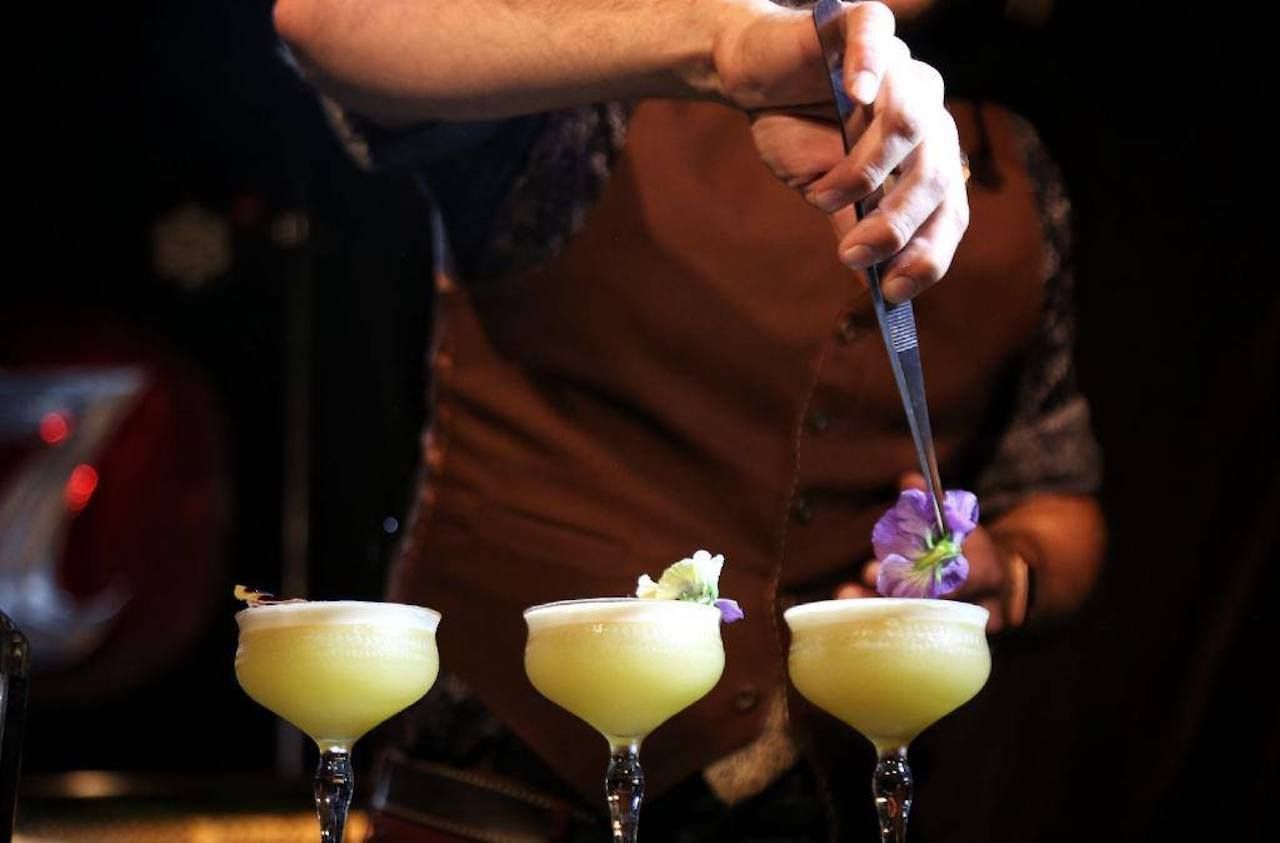 Nocturne $$$ — Nocturne is where you go to be formal but still keep a loose profile. It has live jazz nightly and late-night sets on weekends. The drinks are handcrafted, stiff, and quite a draw. Make your reservation in advance to ensure a spot, and dress to impress.

Goed Zuur $$ — Only in a city as flush with craft beer as Denver will you find taprooms like Goed Zuur. It’s casual and specializes in all things sour beer. Toss in a charcuterie board with some stinky cheeses and you’re set for the long haul. 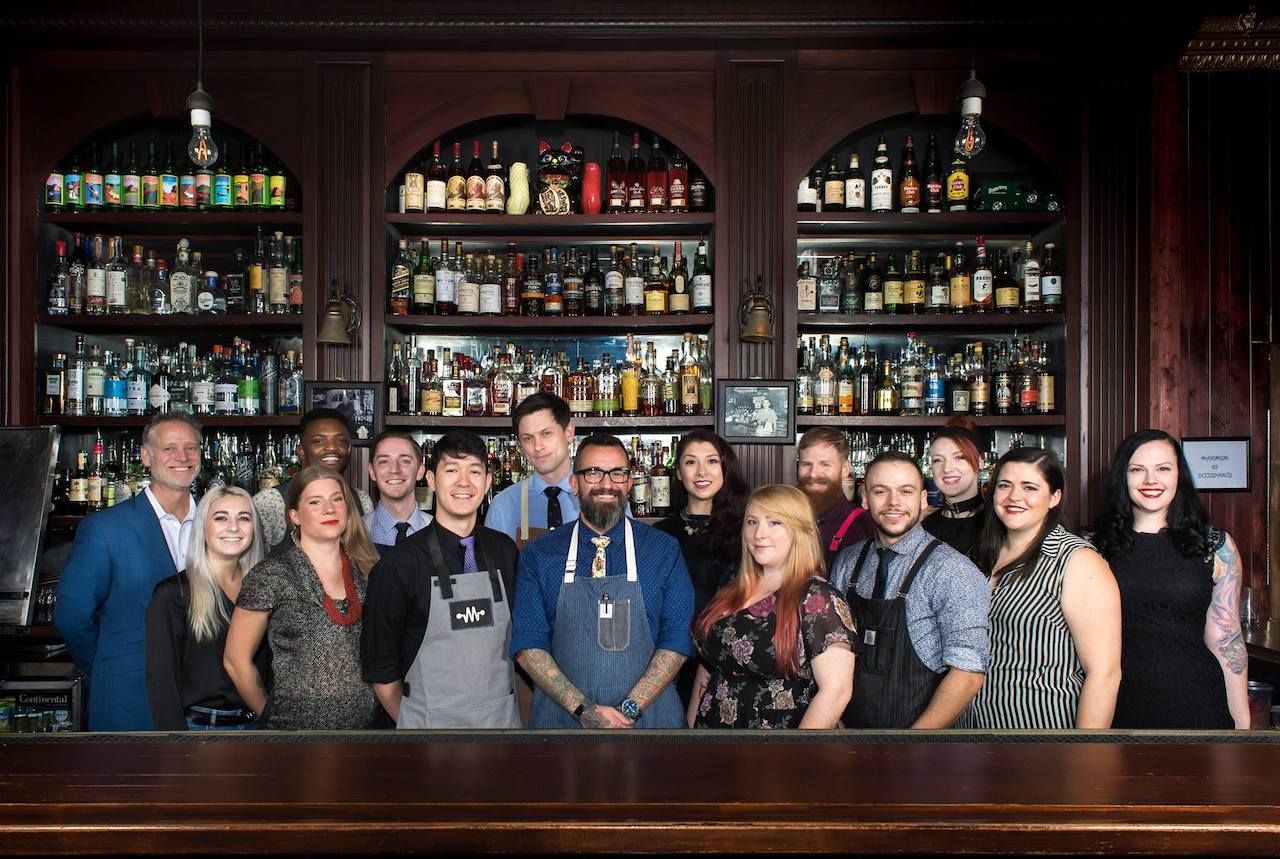 Williams & Graham $$$ — Highlands wouldn’t be Denver’s hippest neighborhood without a good speakeasy. At Williams & Graham, you’ll need to make a reservation, mutter the secret code, and walk through the hidden door into the 1920s. Go for classics or an original like the Mi Belleza Exotica made with gin, kiwi, cactus pear, lime, chili, and yellow Chartreuse.

Berkeley Inn $ — Berkeley Inn strips the neighborhood to its core. This standby dive bar is the place to meet, drink, and converse without any pretension. Occasionally, the bar crams a live band in the corner. 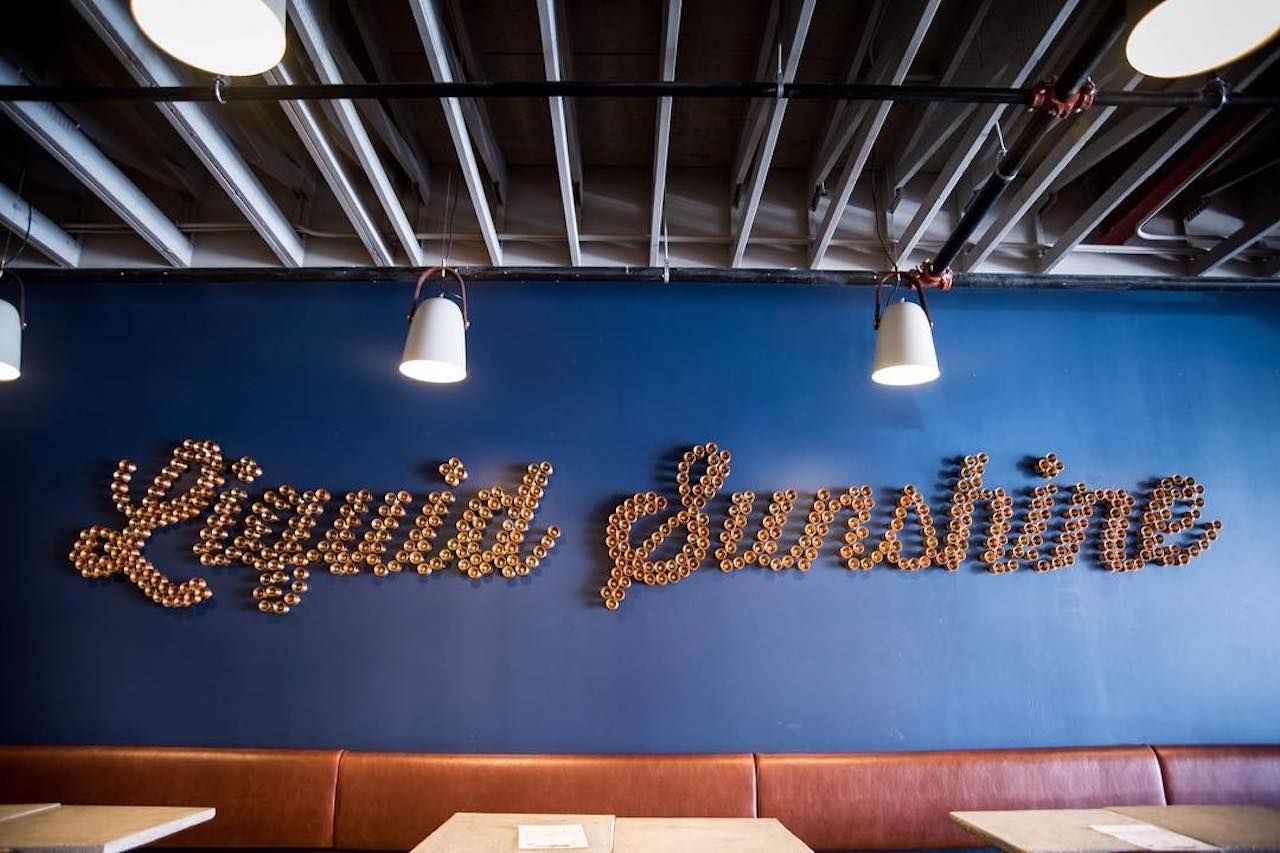 American Bonded $$ — The rooftop at American Bonded is the place to be in summer, but three levels make it a good visit all year round. The focus is on whiskey, but there are classic and original cocktails of all kinds served up in a casual vibe alongside shuffleboard.

Finn’s Manor $$ — Finn’s stocks everything from the basics to that obscure liquor that you saw in a movie. The bar has more than 400 spirits and an impressive draft beer list in a contemporary atmosphere fit for a date or a night out with friends.

Big Trouble $$ — Located on the mezzanine floor of the Zeppelin Station food hall, Big Trouble channels luxury drinking in East Asia. The cocktails are inspired by East Asian flavors as well, with drinks like the Fortune Cookie Mai Tai and Whisky Bebop made with Japanese whisky and Ume plum. 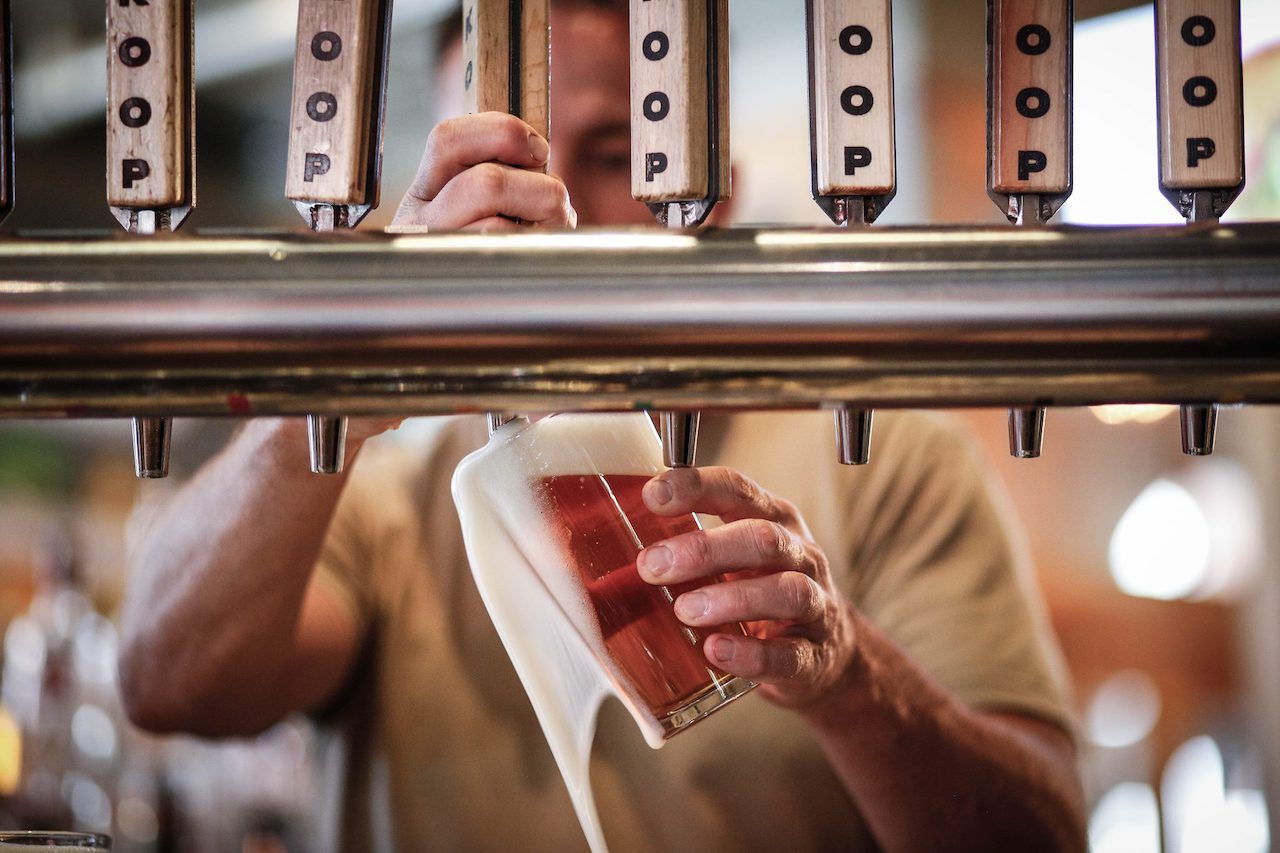 Wynkoop Brewing $$ — One of the state’s first brewpubs, Wynkoop Brewing was opened by former Denver Mayor and Colorado Governor John Hickenlooper. Highlights include the Cucular Proliferation, and Rocky Mountain Oyster Stout, which is brewed with the namesake delicacy. The multi-level bar has top-notch pub food and a large upstairs game room.

Great Divide $ — You’ll see Great Divide’s “Do You Believe” sticker on cars, shop windows, and bikes all over Denver. This refers to Yeti Imperial Stout, the high-gravity monster beer that put Great Divide on the map, both locally and nationally. You can try the Yeti along with other popular brews in its cozy downtown and RiNo taprooms.

Crooked Stave Artisan Beer Project $$ — Originality is tough to come by in the crowded craft beer market, but if there’s one word to describe Crooked Stave’s roster, that word is unique. Sipping its rich, potent beers is like staring deep into a masterpiece work of art — one that gets you sauced. Try the Surette or one of the Petite Sour offerings. 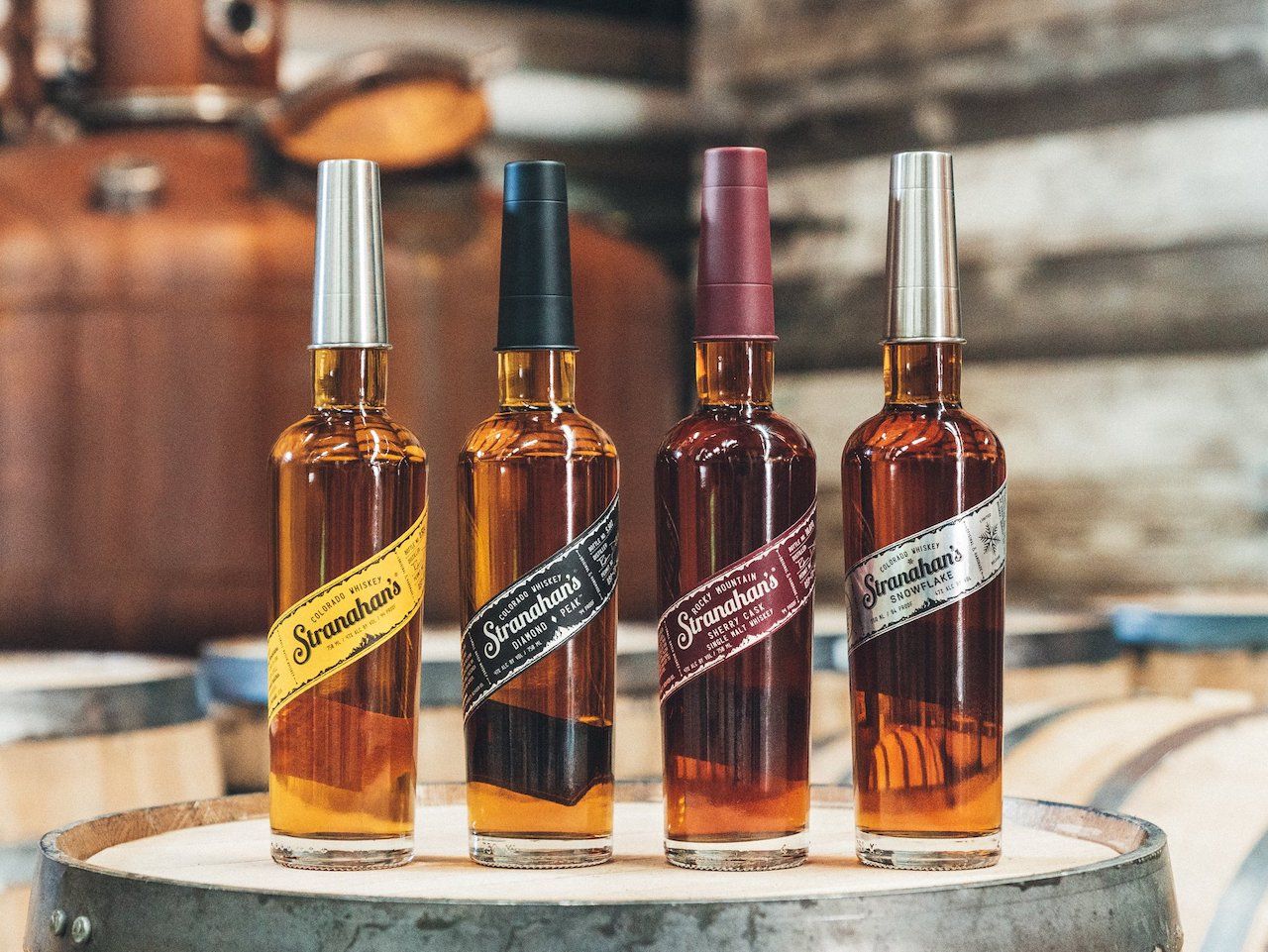 Stranahan’s $ — Stranahan’s is one of Denver’s first whiskey distilleries since Prohibition and was a big part in sparking Colorado’s rising craft distillery movement. There are special events that draw sellout crowds, but a casual trip to the distillery is never a bad choice. Pro tip: You can taste Snowflake, Stranahan’s most hyped and hard-to-get special release, every day at the distillery bar.

Laws Whiskey House $ — Small-batch aged whiskey is all that Laws does, and it does it well. The south Denver tasting room is hip and casual, and the staff will teach you all you need to know about whiskey production and tasting. Laws is leading the way in using all Colorado ingredients, making the whiskey as local as it gets.

Bear Creek $ — On the east side of the Platt Park neighborhood, Bear Creek Distillery crafts five whiskeys, three rums, and two vodkas, all of which are available for purchase onsite. The distillery partners with local businesses like Great Divide for special releases that are unlike anything else you’ll try. Sip drinks neat or in cocktails made using Bear Creek spirits.