There’s a lot of talk about the Great American Road Trip, but in fact, some of the best road trips in the world are in the United Kingdom. Although 40 times smaller than the US, the UK has dozens of epic and diverse road trip routes that will leave a lasting impression — whether you’re simply trying to get from point A to point B or embarking on an adventure with the intention of stopping at all the sights.

JET, one of the UK’s leading fuel brands, conducted a survey of 2,000 drivers asking them to rank their favorite road trips. From the beautiful Lake District in England to the bucolic Cotswold roads and the rugged North Coast, these 10 road trips were voted the best in the UK in 2020. 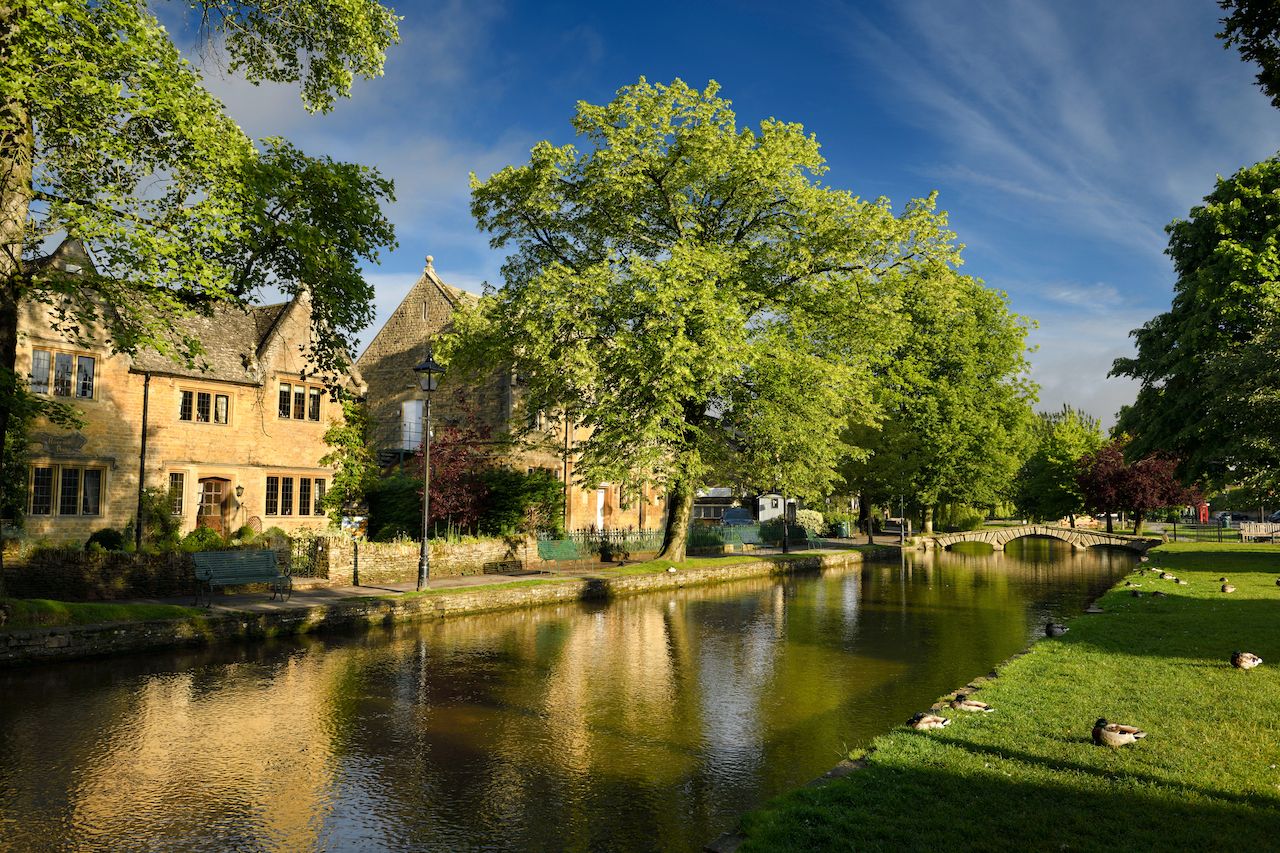 When you think of England in the time of Shakespeare — where quiet country roads wind through meadows and over green hills, unspoiled by highway signs, billboards, or gas stations — you’re pretty much thinking of the present-day Cotswolds. These country roads run through quaint villages like Burford, Stow-on-Wold, and Bourton-on-the-Water. 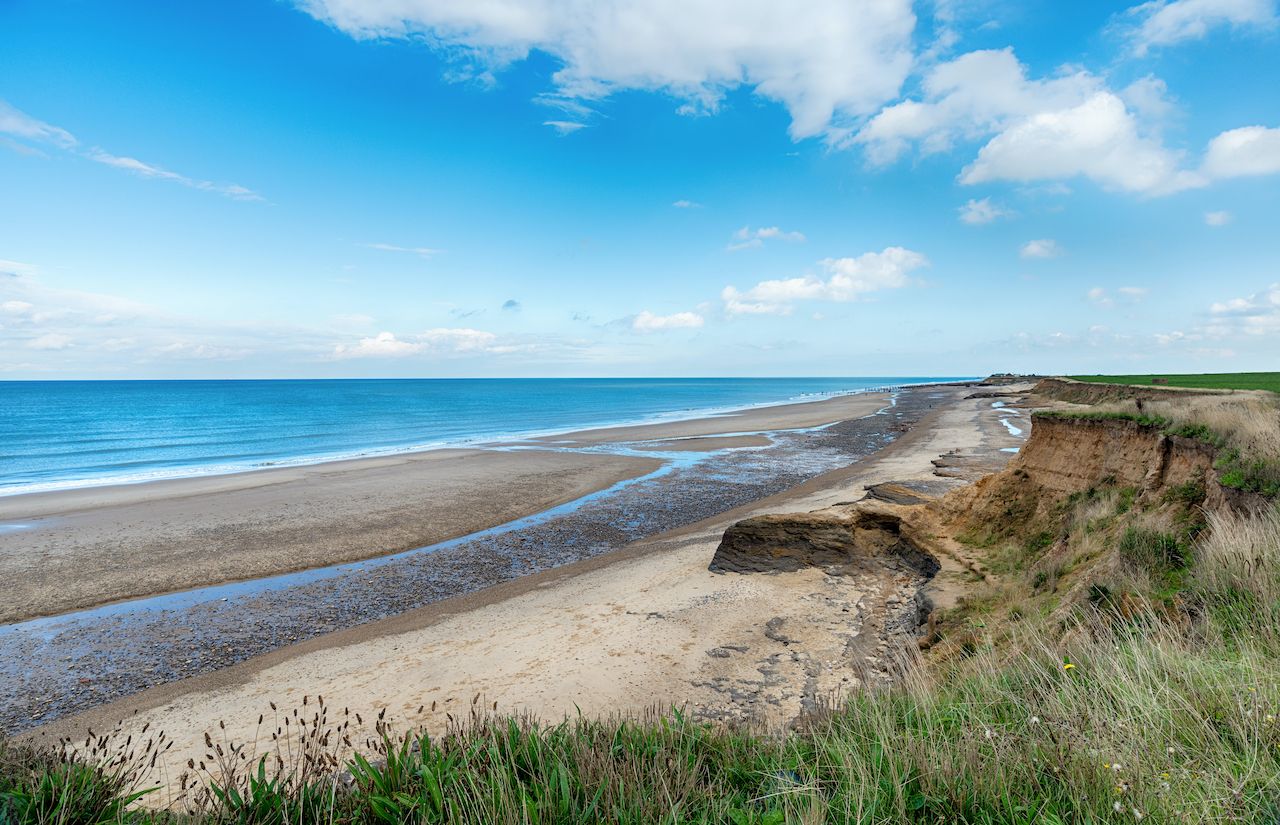 One of the most scenic coastal landscapes in the UK, the Norfolk Coast is protected under the National Parks and Access to the Countryside Act, meaning the region’s beauty is well-preserved. Stretching across nearly 280 miles of coastline, this road will take you through picturesque beaches and some of the UK’s best nature reserves, filled with native wildlife. 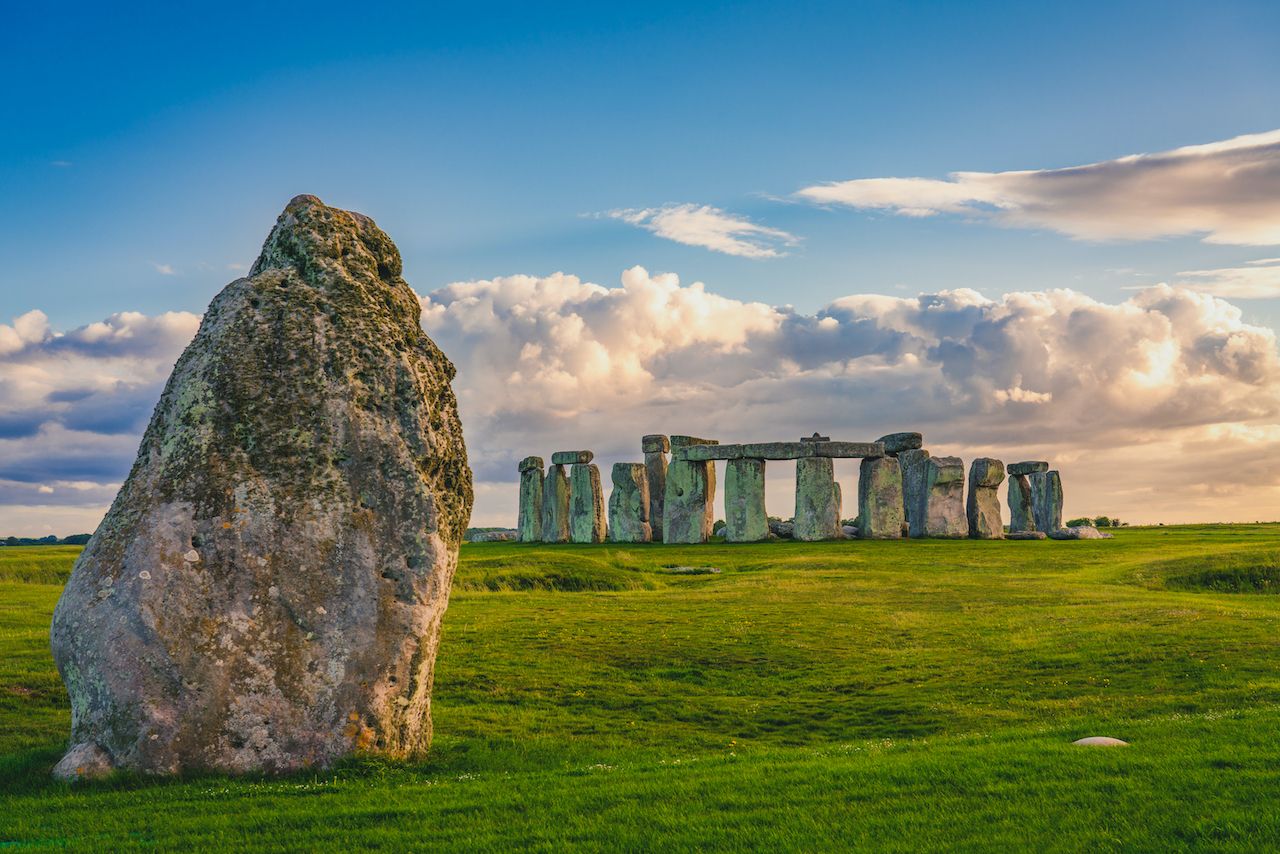 It doesn’t take much convincing to explain why a road trip to Stonehenge is a good idea. Not only do you get to cruise through those scenic Cotswolds roads, but you’ll end up at one of the world’s most mysterious destinations. After you’ve marveled at Stonehenge, explore nearby Salisbury, a charming, tiny medieval city with an impressive cathedral. 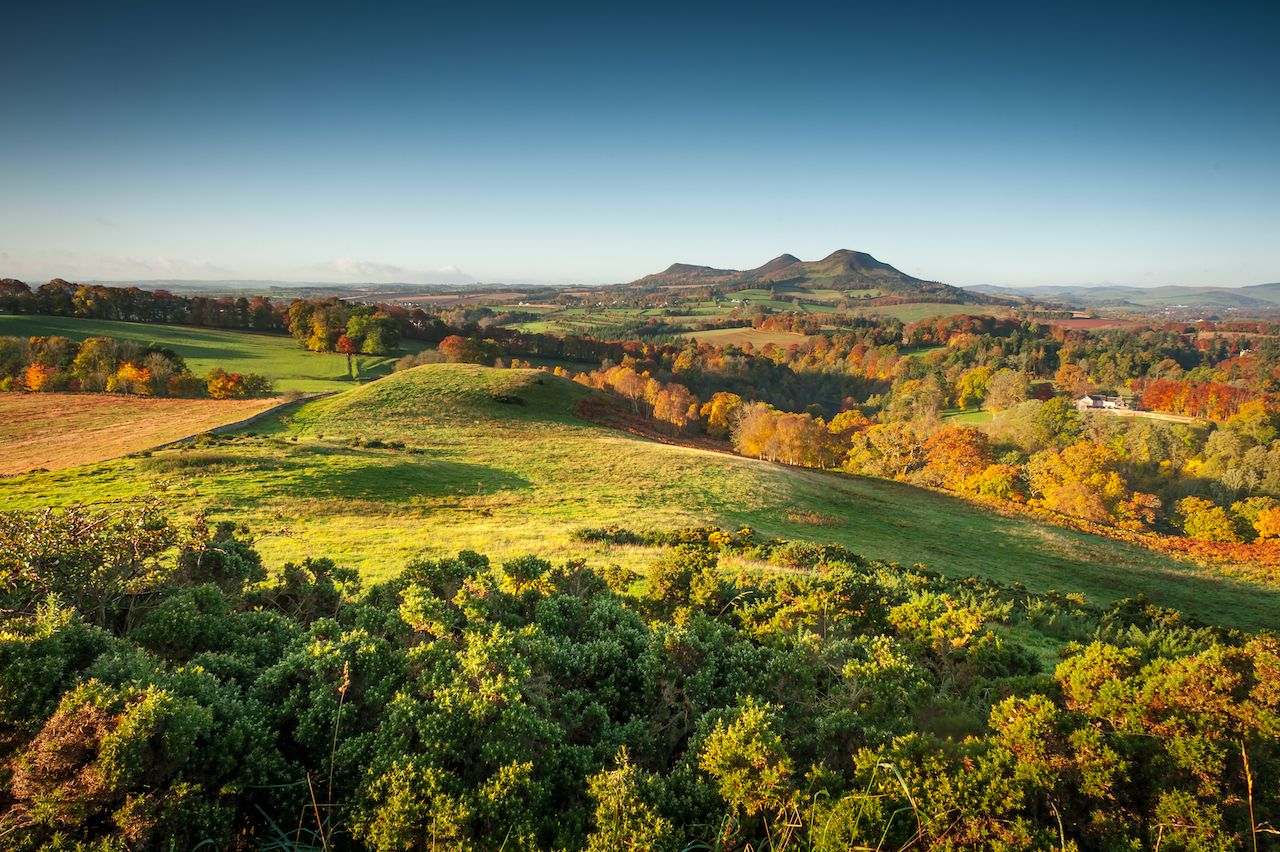 The Borders Historic Route starts near Carlisle before passing into Scotland, running 89 miles through little villages, medieval towers, old mills, and museums. England’s manicured countryside quickly gives way to the rugged Scottish landscape, and you’ll end up in the capital of Edinburgh, with its majestic castle perched atop a hill. 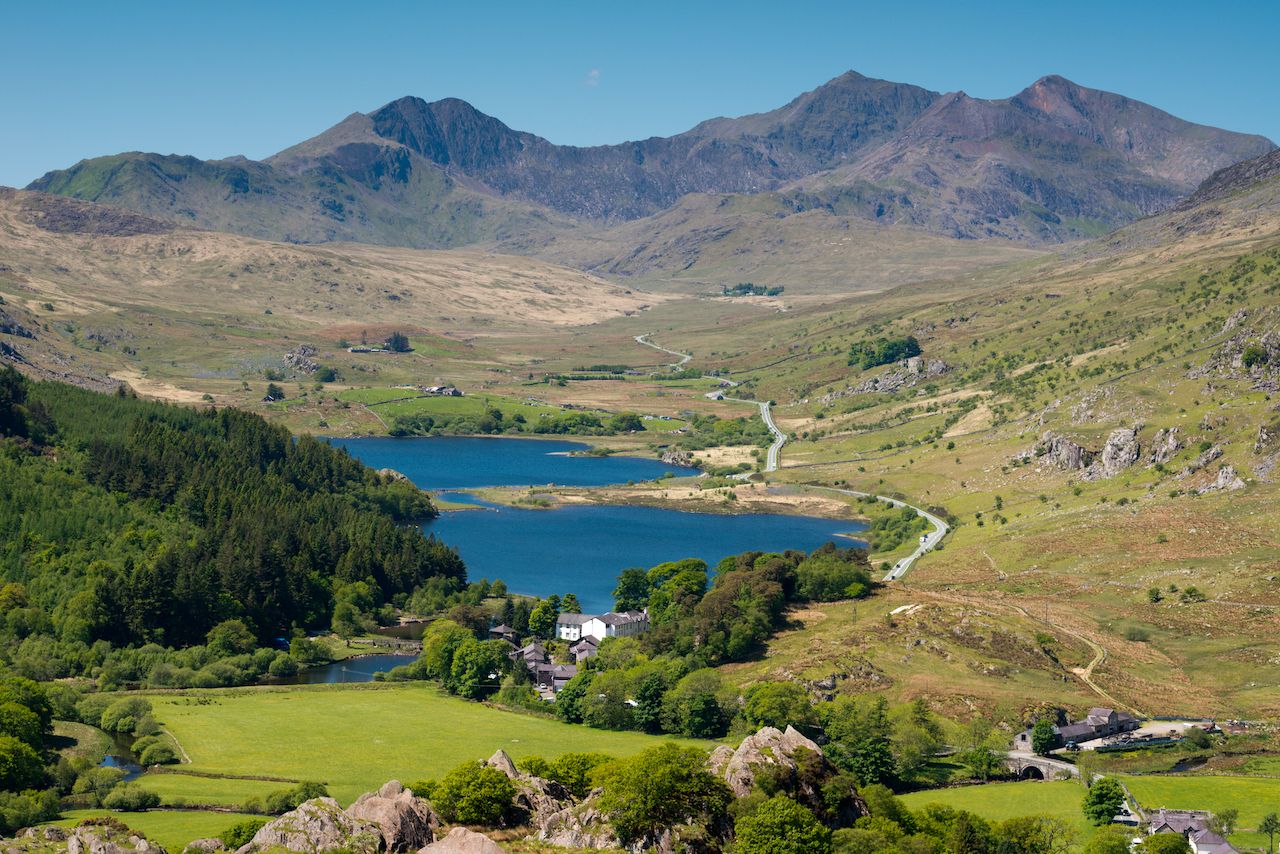 It’s no surprise that the country’s most popular national park is also the site of one of the UK’s best road trips. There will be no shortage of places to stop on the first half of this trip, as you make your way through the park and take advantage of the hikes, lakes, and views. The route takes you through the forest, alongside stunning lakes, and over mountain passes before ending in Anglesey on the west coast of Wales with its beaches and iconic Twr Mawr Lighthouse. 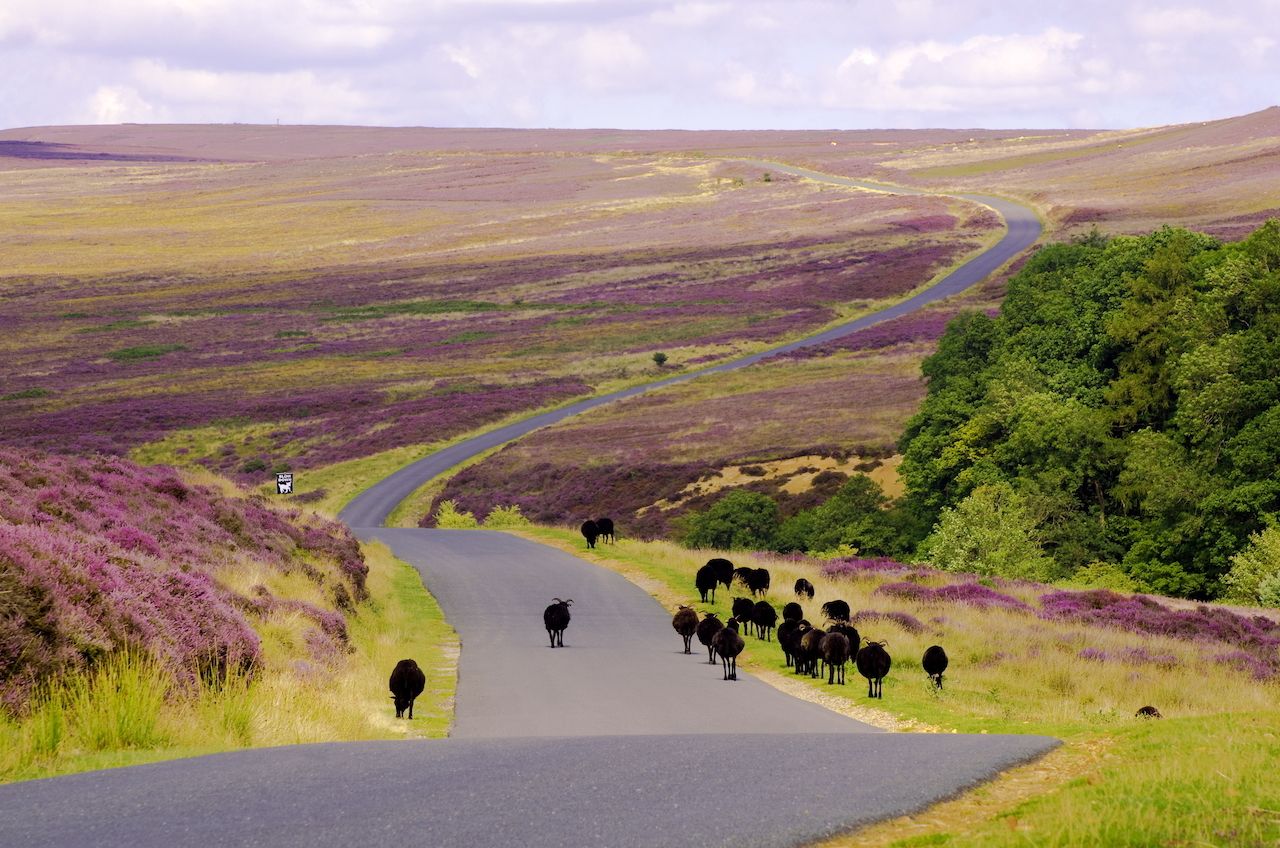 If you read Wuthering Heights in high school and always wondered what “wild moors” looked like, this is it. The North York Moors span over 550 miles — including the towns of Whitby, Kirkbymoorside, and Scarborough — and are particularly beautiful in spring when the heather blooms. In addition to the flora, the region’s ancient towns, castles, abbeys, and landscape make it one of the most scenic in the UK. 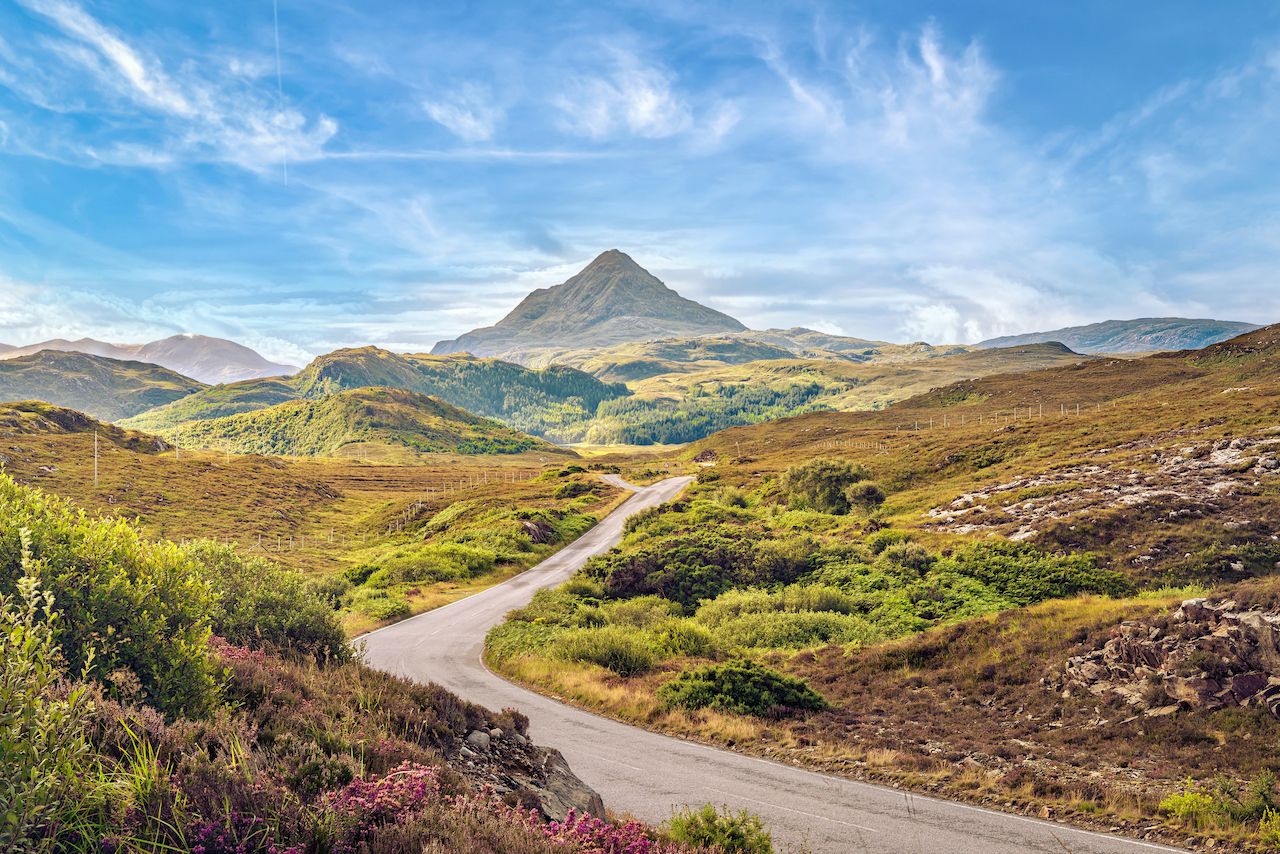 This road trip might be the best way to see everything the Scottish Highlands have to offer. Starting in the city of Inverness, the road winds along the west coast to Applecross and north to the Torridon and Ullapool. Then it extends to the northernmost coastal points in Scotland, passing Caithness and John o’Groats before returning to Inverness. To fully experience the 516-mile road along Scotland’s wild coastline, you should probably give yourself at least five days. 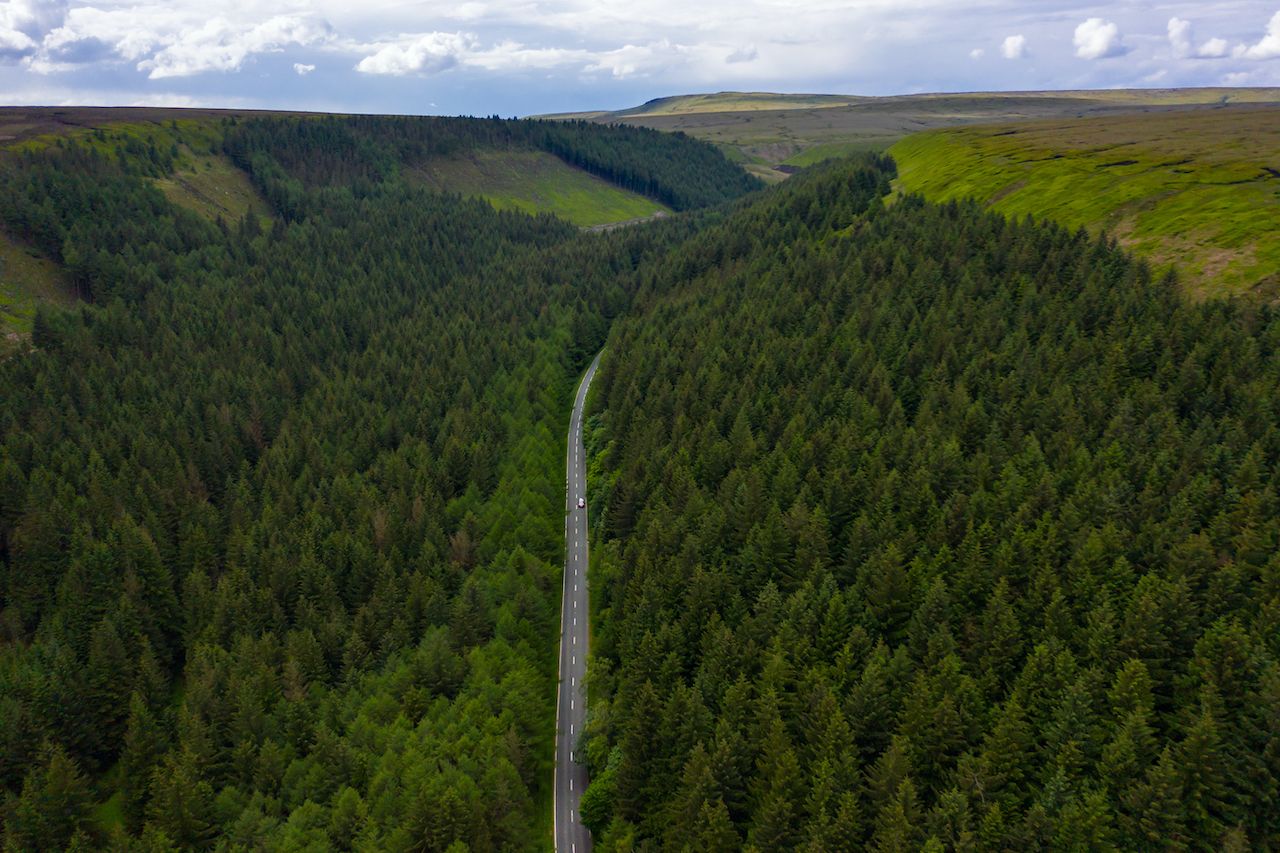 The Peak District — near the cities of Manchester, Stoke-on-Trent, Derby, and Sheffield — is one of the UK’s most popular tourist destinations, and it’s easy to see why. The winding Snake Pass in Derbyshire across the Pennines mountains is a beautiful road, and Winnats Pass, with views of the limestone valley, is also not to be missed. 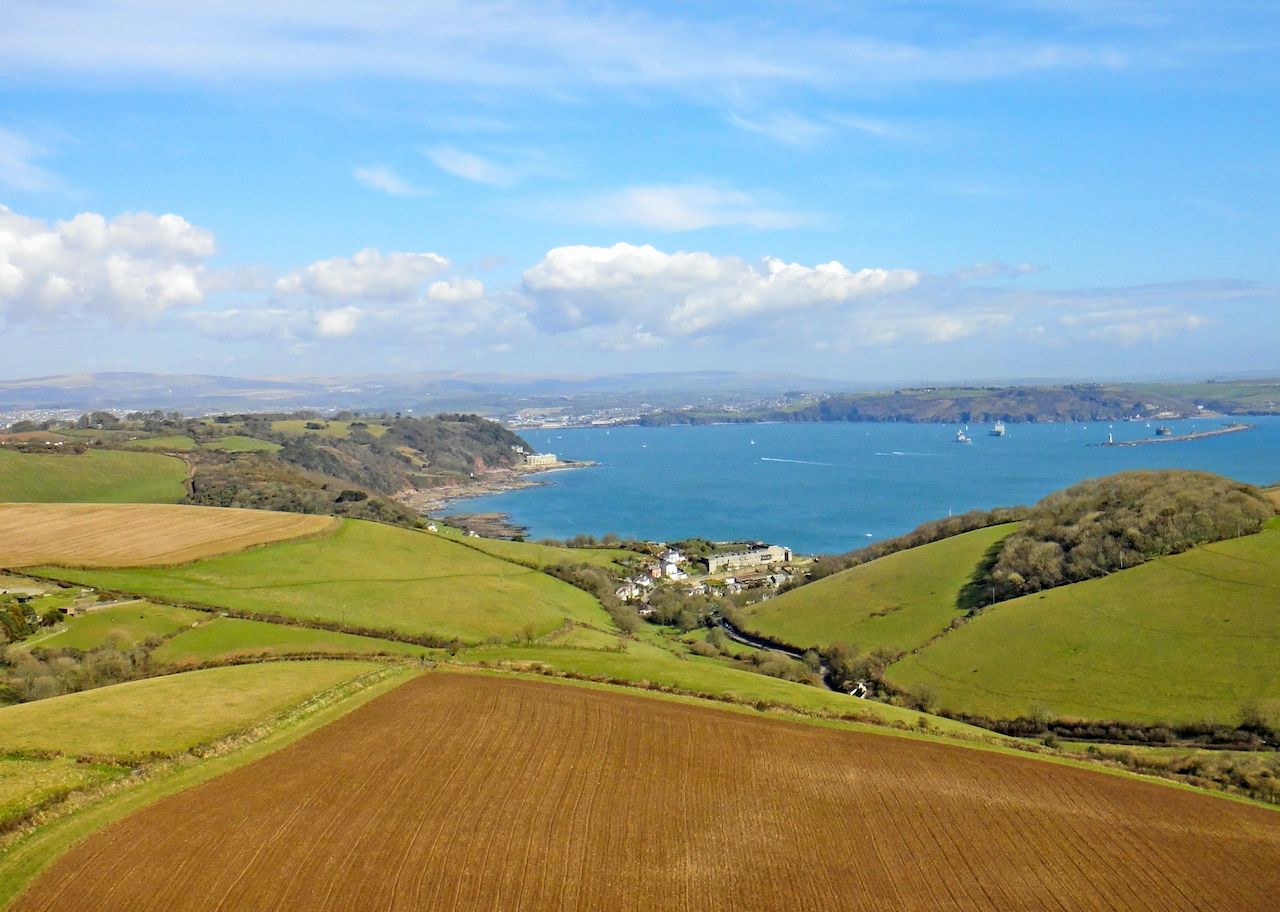 The drive from Devon to Cornwall is known as the Atlantic Highway, a 70-mile stretch of the A39 that runs alongside a dramatic coastline. The route offers some stunning sea views and gives you access to coastal walking trails. It was voted the best road trip in the UK by drivers from the southwest, though they’re understandably biased. 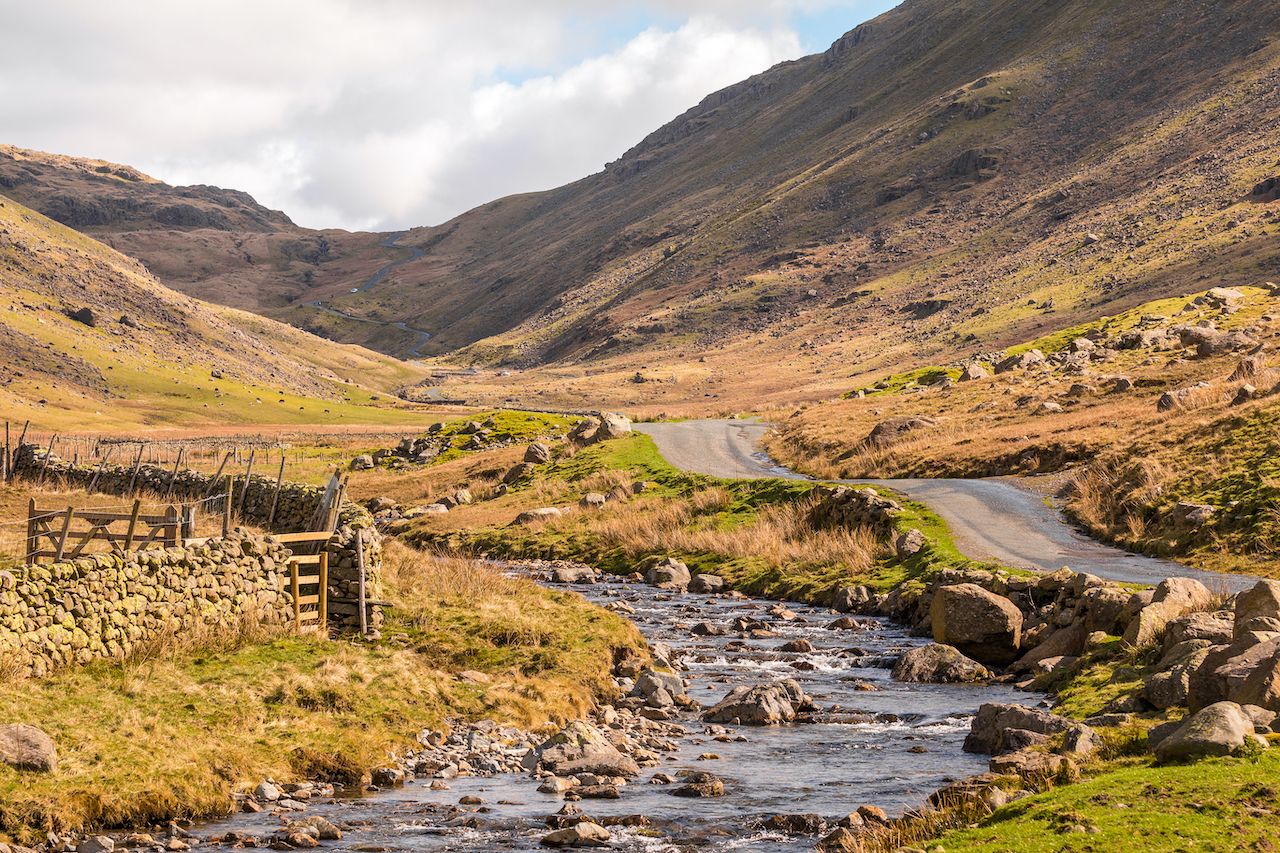 England’s Lake District was voted the best road trip in the UK, and that’s no surprise to anyone familiar with the area. The Lake District served as inspiration for poets and writers like William Wordsworth and Beatrix Potter and is home to some of the most scenic driving routes in the country, scaling mountain passes, winding through valleys, and skirting lakes. Stop in market towns like Kendall and Ambleside, hike the lake trails, and check out Wrynose Pass toward Scafell Pike, England’s highest mountain.

Road TripsHow To Plan an Epic Road Trip Through the Scottish Highlands
Tagged
Road Trips United Kingdom
What did you think of this story?
Meh
Good
Awesome

English Pub Rules That You Don’t Have To Follow in an American Bar
Can You Guess What These Funny British Slang Phrases Mean?
This Guide To British Sayings and Slang Will Have You Chitchatting With the Queen in a Snap