The number of states that allow recreational cannabis is rapidly growing. It’s inspiring a new class of travelers — the cannabis class — to get out of their homes to visit places where weed is warmly embraced. Even for the least experienced, the legal experience is a curiosity for people passing through on pleasure or business.

Yet not all cities are created equal. Some cities in recreational states don’t allow sales while others lack the infrastructure to have a solid selection of shops or activities. The best cities, however, are an experience. Book your flight, learn about what to expect on your first dispensary visit, and get going to the best cities in the US for a cannabis vacation. 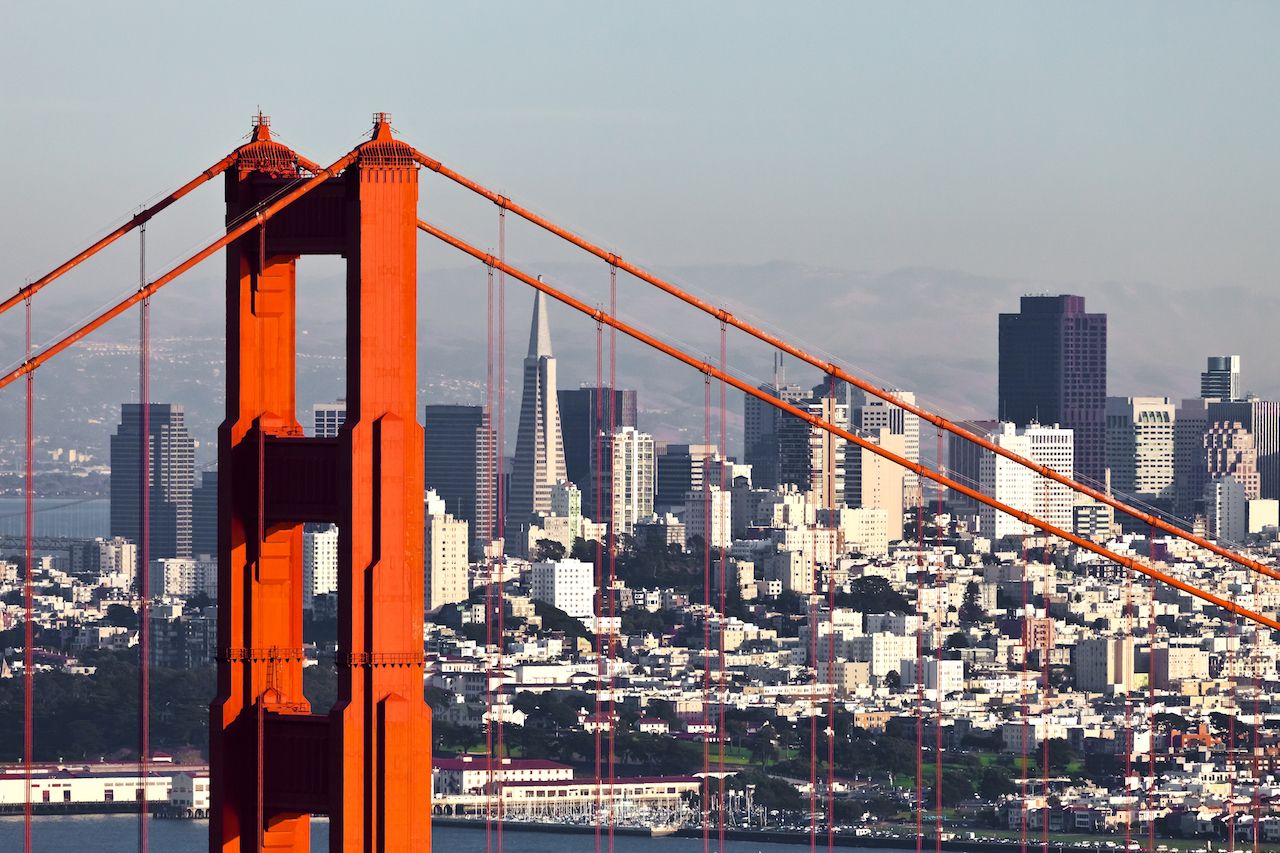 Few places are as important to pro-cannabis activism as San Francisco and nearby Oakland and Berkeley. It’s never been difficult to find weed in the city, but recreational dispensaries have made it easier than ever. Come for the hippie culture history, stay for the selection of pot-friendly activities.

What to do: If you haven’t gone before, stroll Haight Street for a look at the epicenter of legalization movements in California. It’s become much more touristy but is still worth a peek. Stroll by the ocean at Golden Gate Park, and spend as many hours as you can dining on the city’s world-class food.

Where to stay: Hotel Kabuki is one of a small number of hotels in the city that allows consumption.

Rules to know: You’d never guess it, but you’re not allowed to smoke in public in San Francisco. There are a fair number of lounges, though. 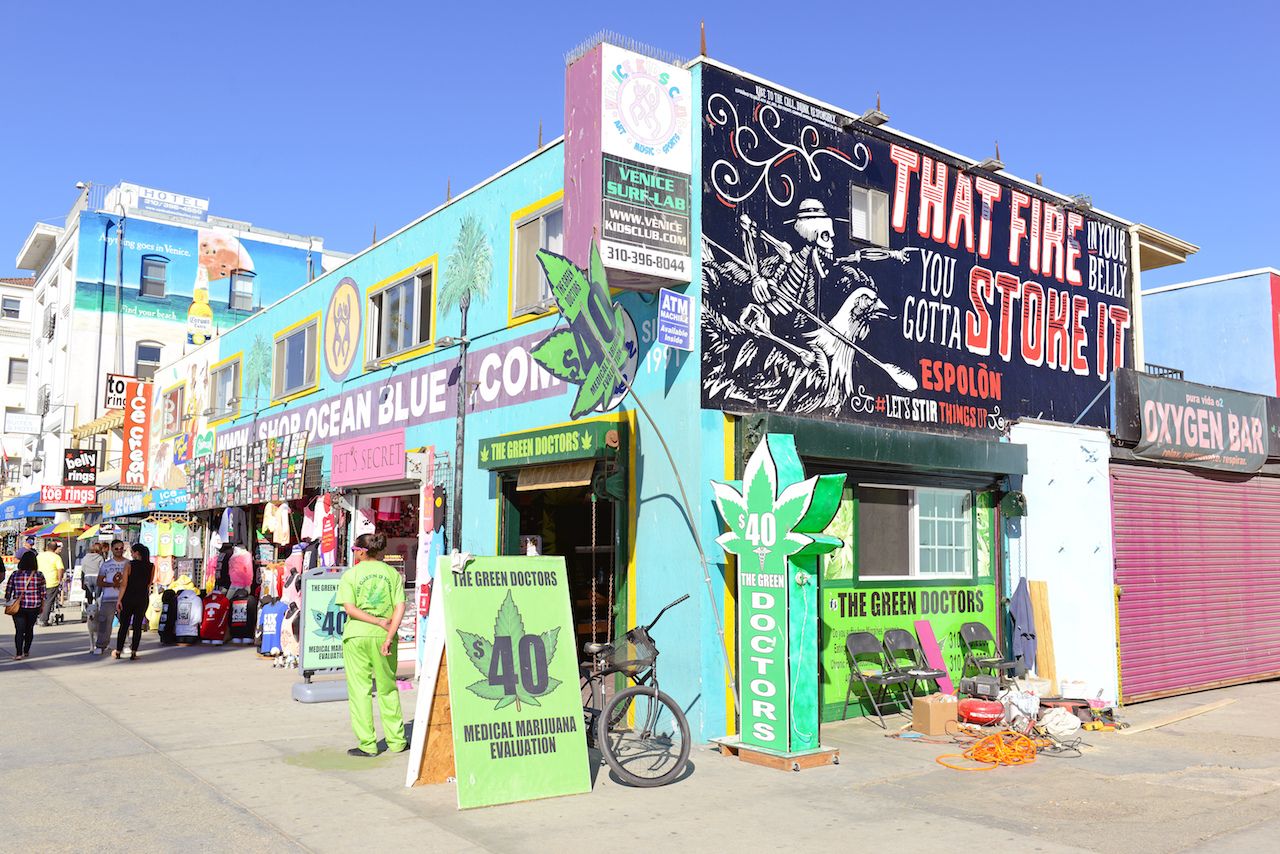 Southern California has embraced cannabis culture for decades, but it only opened up recreational sales relatively recently. Now, with options steadily and constantly improving, Los Angeles has become a top marijuana destination. It’s home to The Standard, Hollywood, which was the first hotel with a cannabis dispensary, and LA has so many wellness retreats you can live your life going from wellness retreat to wellness retreat and never see the outside world again.

That’s all on top of the fact that California weed has earned a solid reputation. If you’re in Central or Southern California, look for cannabis grown in nearby Santa Barbara County, Autumn Shelton, the co-founder of Autumn Brands, says. “This area has the perfect climate for growing world-class cannabis,” Shelton says, “and has quickly become the ‘wine country’ of cannabis on the Central Coast.”

What to do: Spend some time in Venice Beach, which has long been a center for marijuana culture. There are a number of clubs and lounges, like Alchemy Lounge, where you can grab a day pass and waste away the hours, although getting out in that California sunshine is hard to beat. Also, LA is a food lover’s paradise with some of the best street food, markets, and upscale dining in the state.

Where to stay: The Standard, Hollywood and Moment Hotel

Rules to know: While there’s a pretty lax level of enforcement, public consumption is technically illegal in LA. 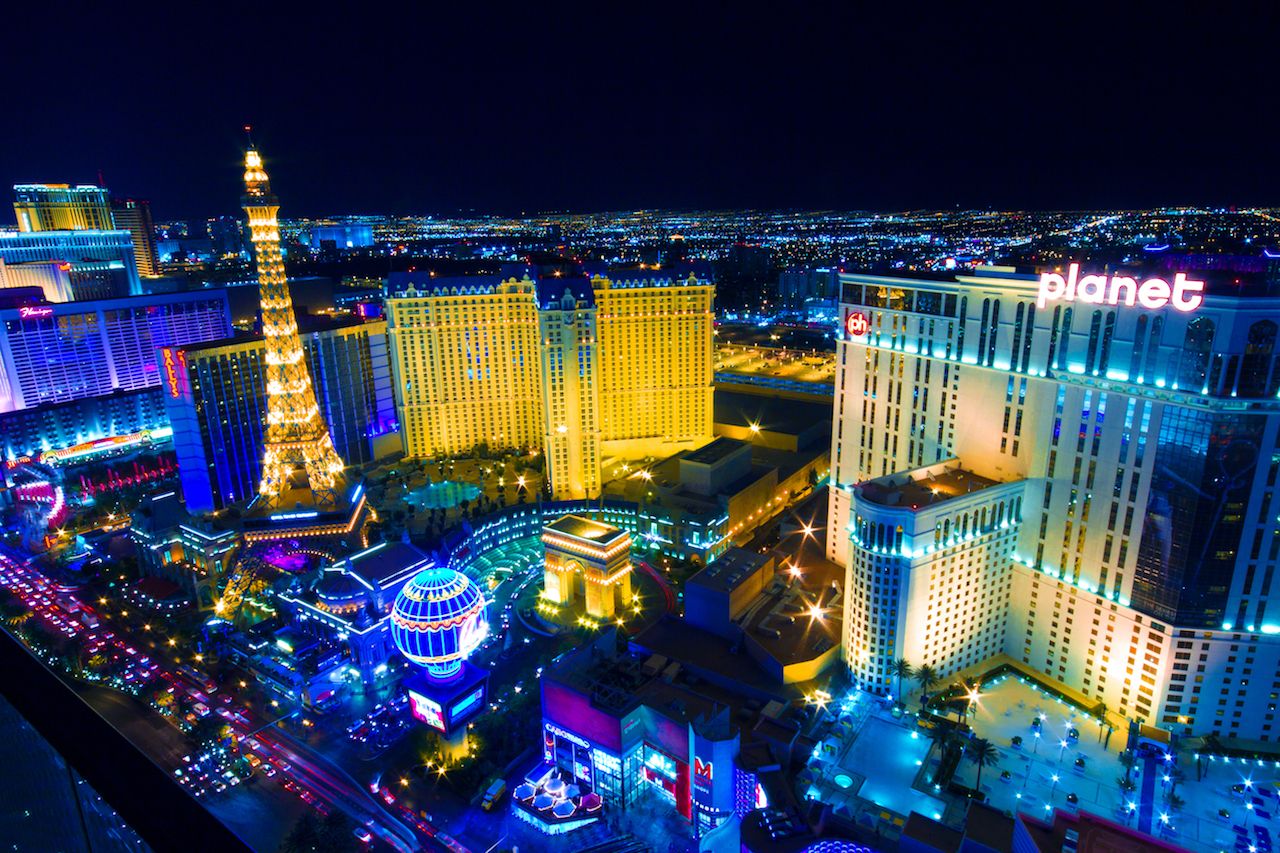 With recreational cannabis sales starting in the summer of 2017, Nevada is one of the newer states to embrace legal consumption. It’s gone full Vegas and fast. As of 2018, cannabis sales sent more tax dollars to the state than alcohol sales, according to the Las Vegas Review-Journal. Las Vegas is home to the largest dispensary in the country, Planet 13, which is truly like a 40,000-square-feet theme park unto itself with an LED light and water show. And that’s just the start.

“Las Vegas has taken a progressive approach, allowing cannabis to become quickly integrated into the community despite social consumption lounges or public consumption not being legal yet,” Kevin Love, vice president of market activations for Two Roots, says. Case in point: The city is home to the Las Vegas Lights, which is the world’s first professional soccer team sponsored by a cannabis brand, Two Roots.

What to do: Check out the best dispensaries in Las Vegas. Once you’re stocked up, visit Dana’s Place in Las Vegas Releaf, which is the world’s first cannabis dispensary speakeasy, and the cannabis museum Cannabition. Even if gaudy lights aren’t your thing, make a point to stop at Planet 13.

Where to stay: Since many of the iconic Vegas hotels are attached to casinos, and casinos can’t allow cannabis, you’ll have to venture off the Strip to find a weed-friendly place to stay. One solid option is The Artisan. Another more residential option is to book with Clairbnb, which has highly Instagrammable and cannabis-friendly options.

Rules to know: It’s illegal to consume cannabis on public and casino property, and the rule is strictly enforced when it comes to the latter. The city’s airports are strict about even possessing cannabis products, so make use of the safe disposal boxes located around the entrances to the Vegas airports. 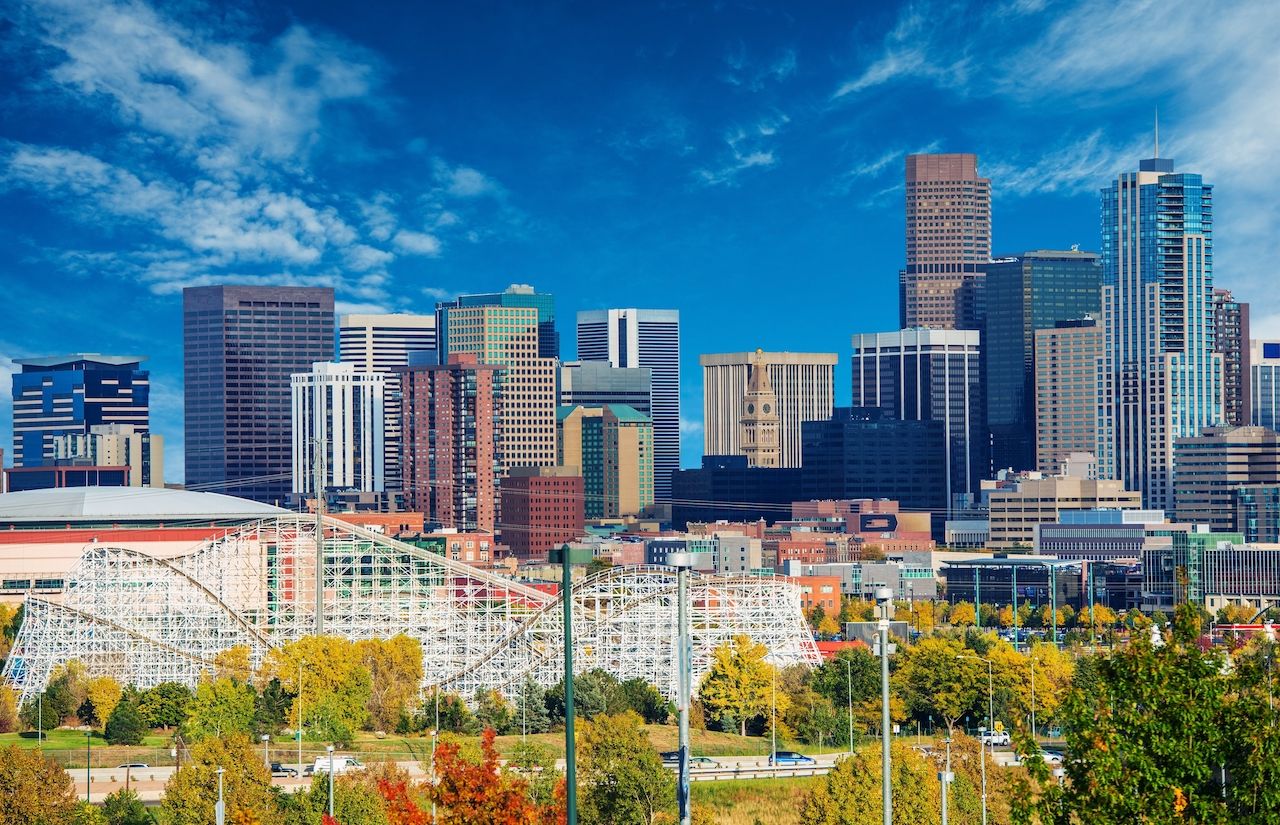 There are more than 150 recreational dispensaries in Denver, making selection alone a reason for the city to be on your list.

“Colorado and Denver have a lure for every type of traveler: the foodie, art or music lovers, and the outdoor enthusiasts,” says Amy Andrle, co-founder of L’Eagle, one of Denver’s original dispensaries. “Couple those activities with cannabis and you have a fantastic pairing for both the first timer and/or the legacy user.”

What to do: First, make a stop at Denver’s best recreational dispensaries. Then there’s Red Rocks, a concert venue that’s just as fun for hiking and the museum even when there’s no music. The RiNo neighborhood’s colorful murals are a feast for the eyes, and the quickly rising Denver restaurant scene can keep even the pickiest eater satisfied. Then there are all the museums, like the Museum of Outdoor Arts, Meow Wolf, Denver Art Museum, and Museum of Contemporary Art. If you really want to go all out, there are a number of slightly ridiculous 4/20 tours, such as sushi and joint rolling.

Where to stay: While most hotels prohibit consumption, there are plenty of cannabis-friendly choices. Some of the upscale notable options include Bud + Breakfast and Summit Recreational Retreat.

Rules to know: Public consumption is illegal in Denver, despite how many whiffs of weed you catch on the streets. There are a few social smoking clubs and lounges, but they’re geared more toward serving locals and require a membership. Also, thanks to the sheer number of options, first-timers should “do their homework when selecting a dispensary, and make sure it is a reputable establishment with a track record for taking time with new clients and investing the energy in educating the visitor to all varieties and methods of consumption,” Andrle says. Treat it like any other destination trip. “A wine enthusiast in Napa is not going to seek out the cheapest most common bottle,” Andrle says. “They seek an experience.” 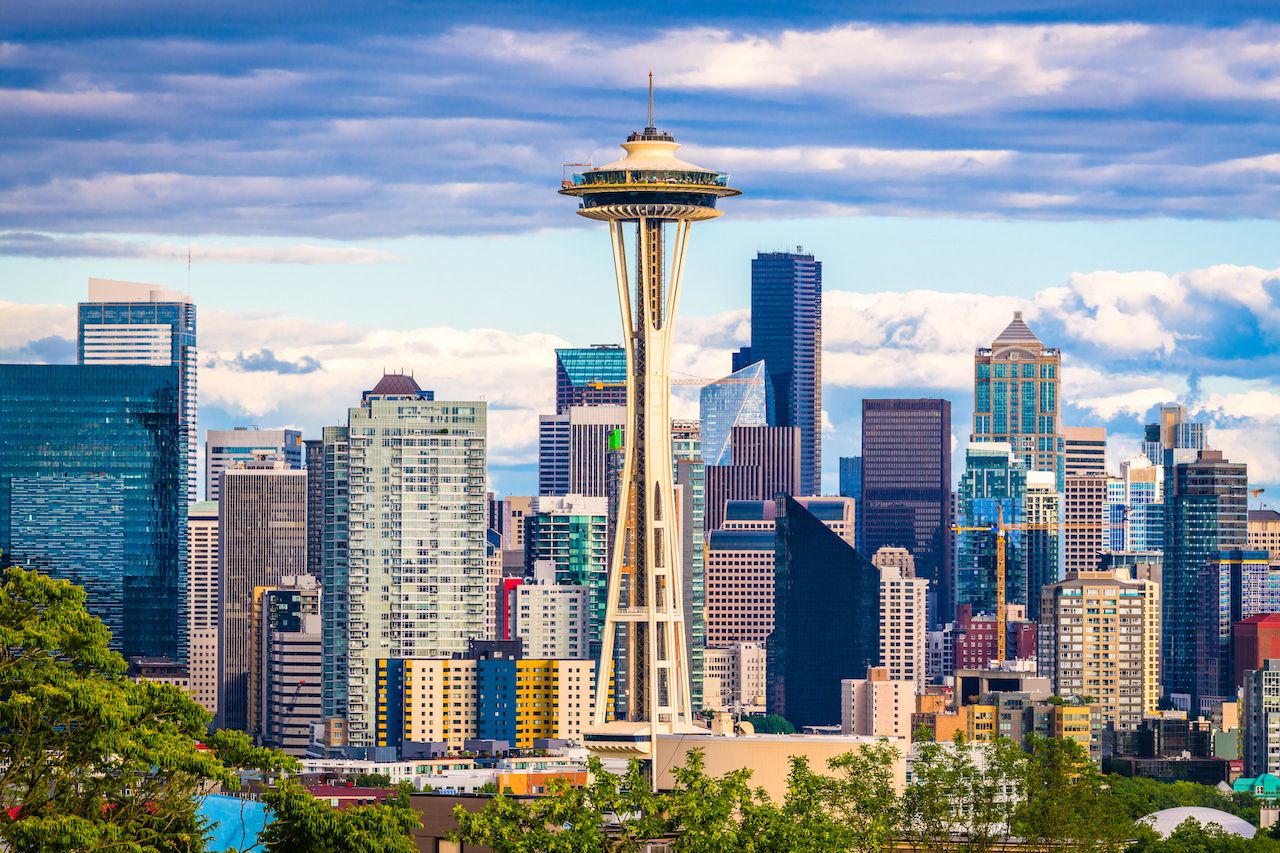 The Pacific Northwest is known for its rainy days and expansive forests, but it’s also a destination point for people looking to consume cannabis on their vacation. Washington was on the forefront of legalizing recreational cannabis (the first, along with Colorado), and the industry in Seattle is developed and has had some time to get any kinks worked out. It doesn’t hurt that the city is so close to so many types of nature and has an incredible food scene.

What to do: After a stop at Seattle’s best cannabis dispensaries, go see the view from the Space Needle. Pike Place is a must-go for anyone who likes to eat (so, everyone). Make your trip a long weekend and take some time to explore the outdoors at Olympic National Park. If you happen to be in Seattle on 4/20, go to Hempfest, one of the largest and most enticing celebrations of all things cannabis in the country.

Where to stay: The Winston House and The Bacon Mansion