It seems a little odd when you’re nursing your latest sunburn to start thinking about traveling in December. Thinking about cold weather in June is a little like looking at your work email on a Sunday. But barring any unforeseen cosmic changes, winter will eventually be coming. And some popular December destinations get painfully tough to book the longer you wait.

To find out exactly which places you should look to book now, Audley Travel — which has been booking custom itineraries to Asia, Africa, and South America for over 20 years — tapped its country specialists around the world for insider into. Combining that with data on consumer demand, popularity, and economic growth in countries around the world, they offered up these six spots you need to book now, before the masses catch on. 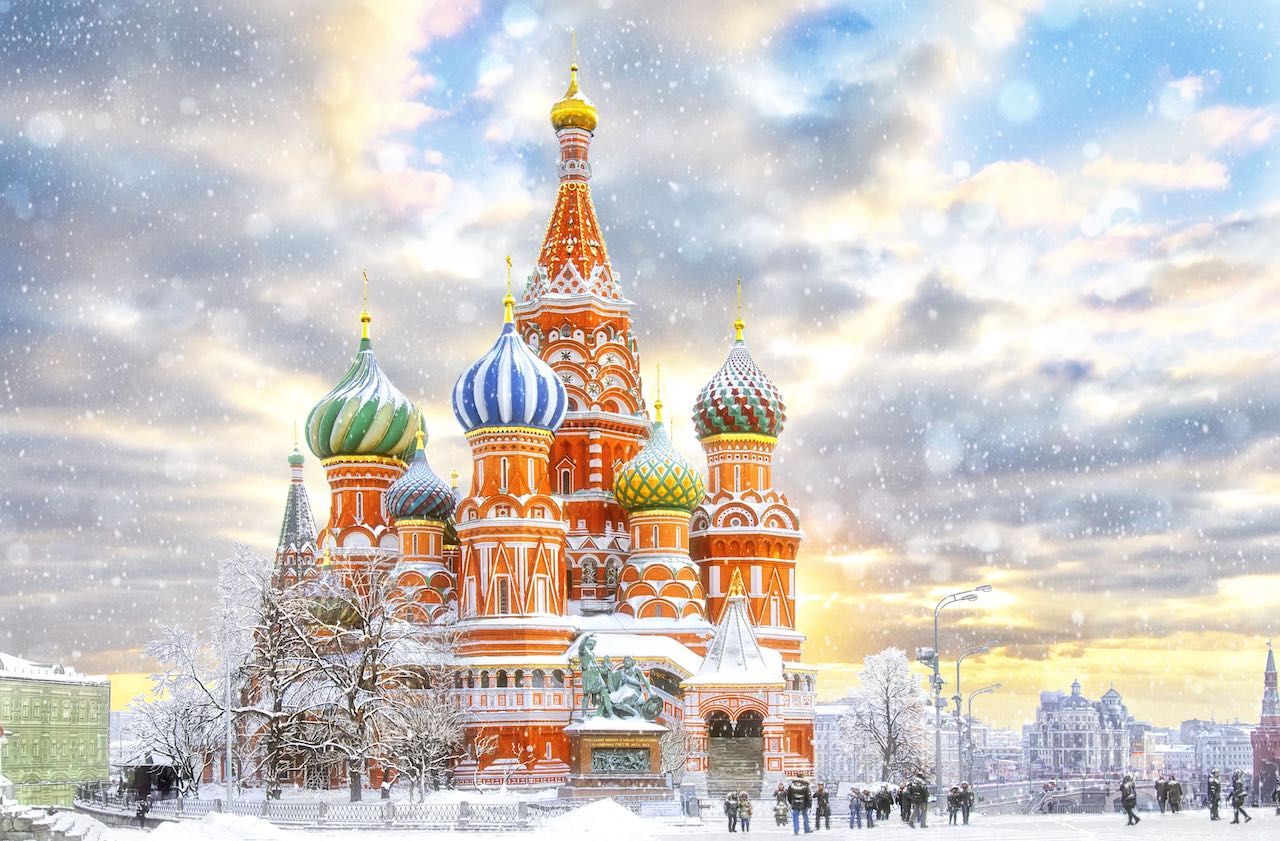 It seems a little counterintuitive that the largest country in the world would ever be crowded, especially during months that don’t inspire much other than staying inside and drinking vodka. But Russia during the holidays is one of the most colorful places in the world, with Christmas markets and all the chestnut-smelling goodness in Moscow and St. Petersburg drawing visitors by the thousands.

Similarly, Siberia might not sound like a prime December destination either, but the Trans-Sibeiran Railway is one of the most scenic trips you can take during the season. You’ll speed through magical winter tundra and snow-capped mountains on a three-day journey from Moscow to Lake Baikal, ending on the frozen waters of a place known as the “pearl of Siberia.” 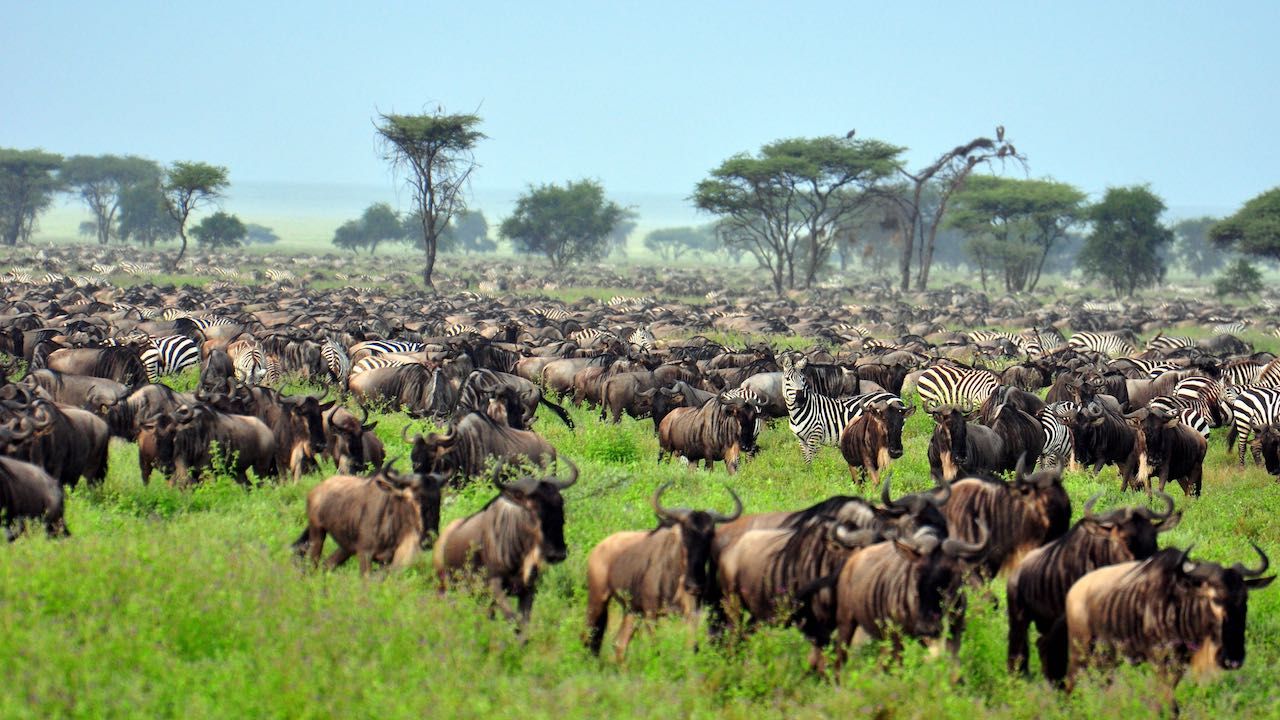 Safaris are always a popular winter trip, and with the world’s greatest migration going on in Tanzania, getting a spot on a game drive will be tough. The sight of two million wildebeest making their way across the Serengeti isn’t just one of the most impressive scenes in all of nature. It also draws big cats and other predators in droves, giving you your best chance all year to see the big five.

Audley, in its infinite wisdom, says the best way to ensure sightings is to visit a couple of parts of the country, so you’re not putting all your safari eggs in one proverbial basket. The central Serengeti has spots like Dunia Camp and Namiri Plains, where you can view wildlife from private decks and camp pools, while Ruaha National Park offers the same experience at Kwihala. 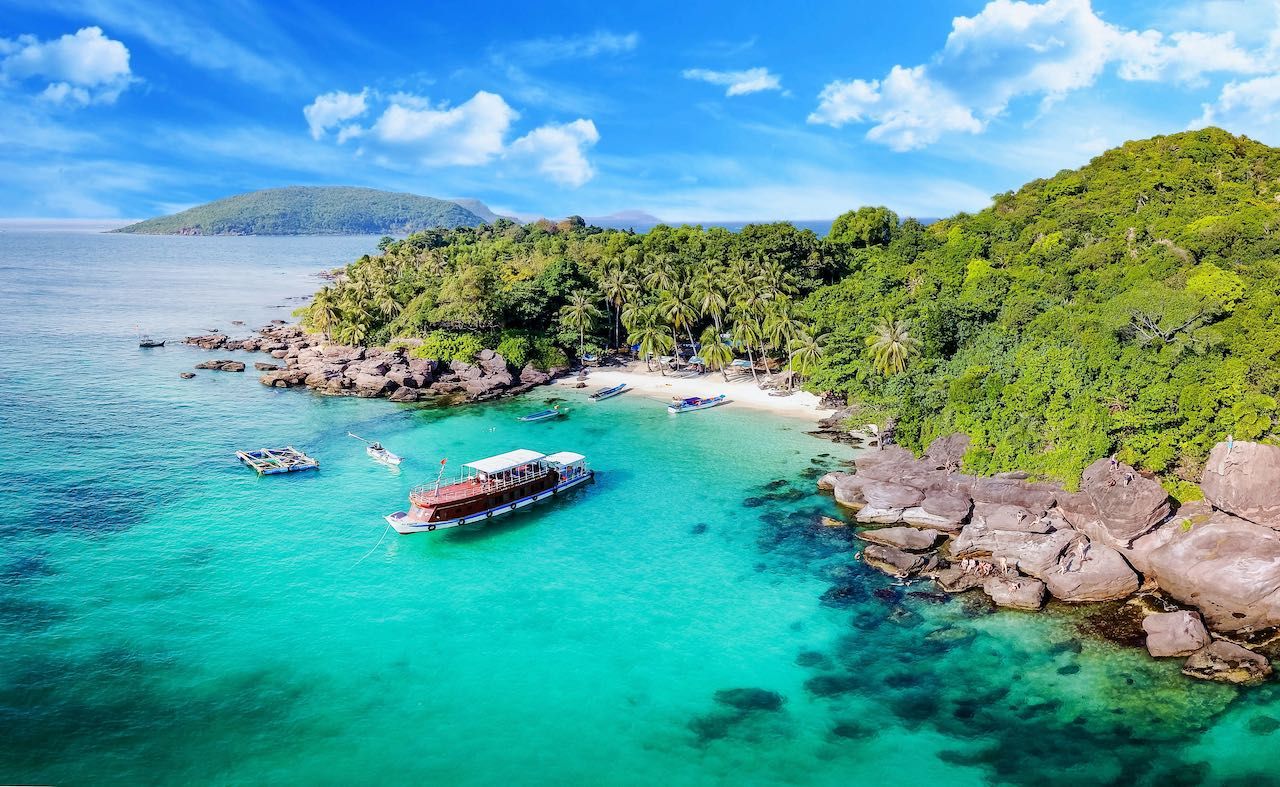 Anyone who’s tried to do New Years in Phuket will be happy to warn you Thailand can be a bad idea that time of year. But other southeast Asian gems are getting popular too, especially during their most temperate months. Vietnam has beaches every bit as breathtaking as Thailand’s, and as people seek alternatives Audley suggests booking here before the masses catch on.

Myanmar, however, has far less likelihood of being mobbed, with all that stunning southeast Asian scenery and heavy dose of adventure. Head out to Ngapali Beach on the shores of the Bay of Bengal and enjoy the white sands that line this tiny fishing village. You can also bike to the majestic temples at Bagan, hike to remote villages in Loikow, and enjoy the calming waters of Inle Lake on a kayak or paddleboard. 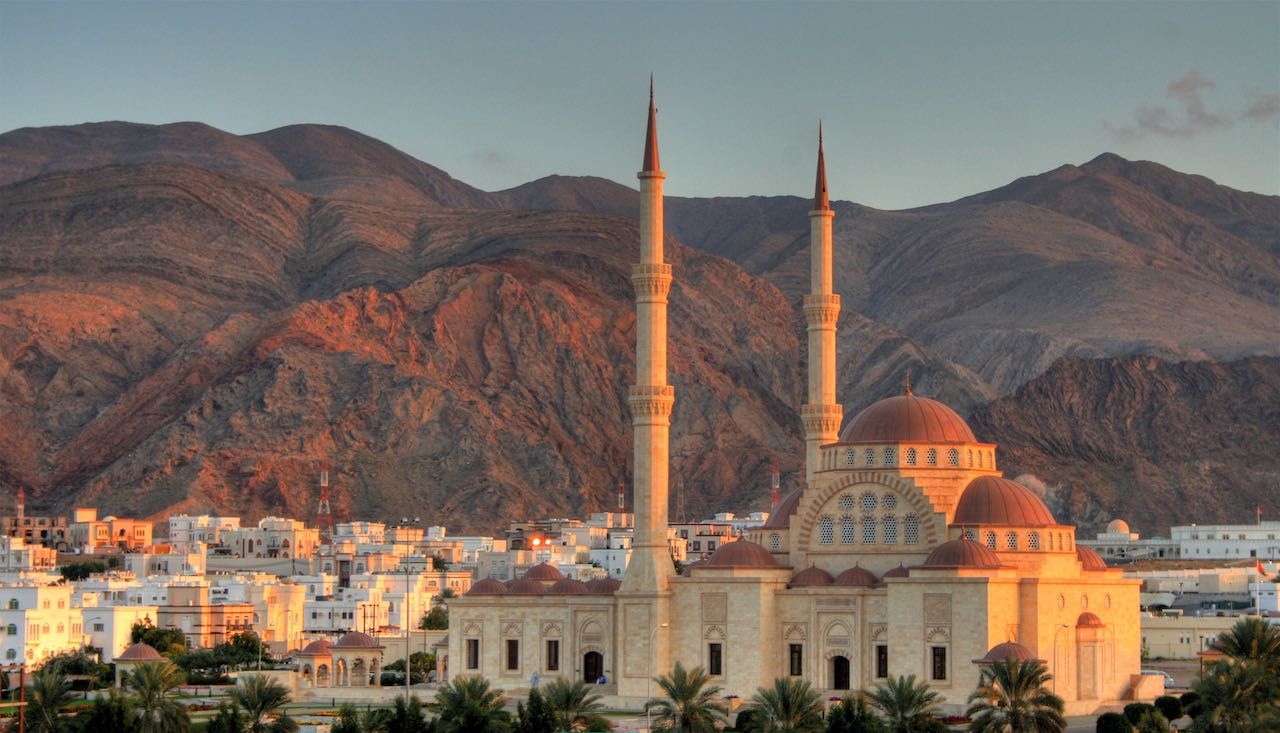 The Gulf States’ next big destination is gaining in popularity as people seek something more cultural than Abu Dhabi and Dubai. And December will be the coolest month to get out and experience it. This peaceful country is an ideal place to dip your toes into Arabian culture, visiting sites like the Sultan Qaboos Mosque and the Muttrah Fish Souq, where you can enjoy the day’s catch cooked just hours after it’s pulled from the Arabian Sea.

The Muttrah area is also home to buildings from the period of Portuguese occupation, where you’ll see architecture unlike anywhere else in the region. Or travel inside the walled old city of Muscat, which actually locked its gates at curfew until the middle of the last century. Then take a trip out of the city and visit Wahiba Sands, a mesmerizing sand dune desert full of Bedouin camps and golden sunsets. 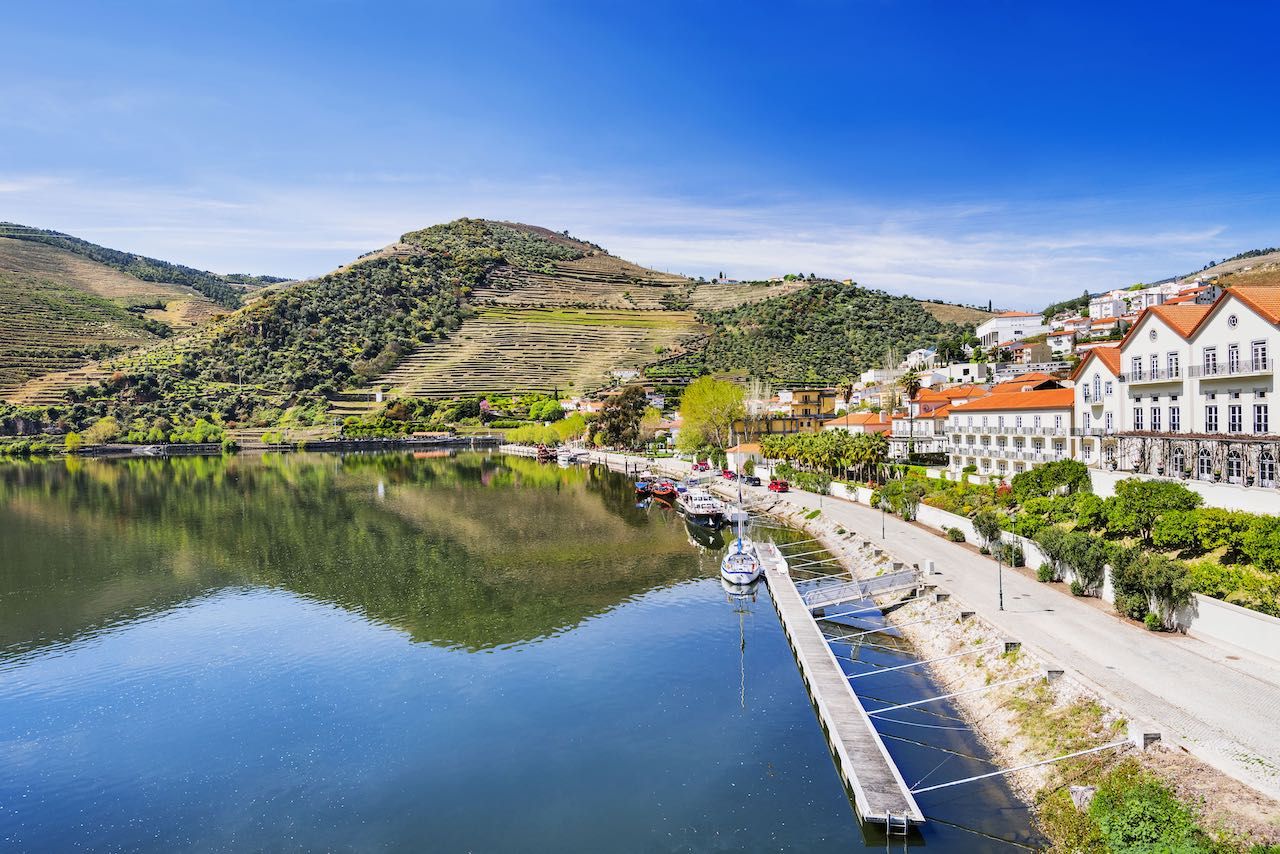 Trying to hit the Douro Valley during the summer is just an exercise in crowd control. But the holidays are still a hot time to go, as those looking to visit during slower months often opt for December. The vineyards won’t be flush with grapes like they are during the summer, but the tasting rooms will still be flush with wines. And the hotels and spas around wine country will still be in high demand.

In addition to the requisite wine tasting and self-pampering, the region also has quite a fascinating history, especially for those interested in Jewish history. During the 1980s, the little town of Belmonte was found to have a covert Jewish community that had been hiding out there since the Spanish Inquisition. The town’s Museu Judacio tells their story and the story of Jewish people in Portugal across centuries, an especially interesting place to visit during the festival of Hanukkah. 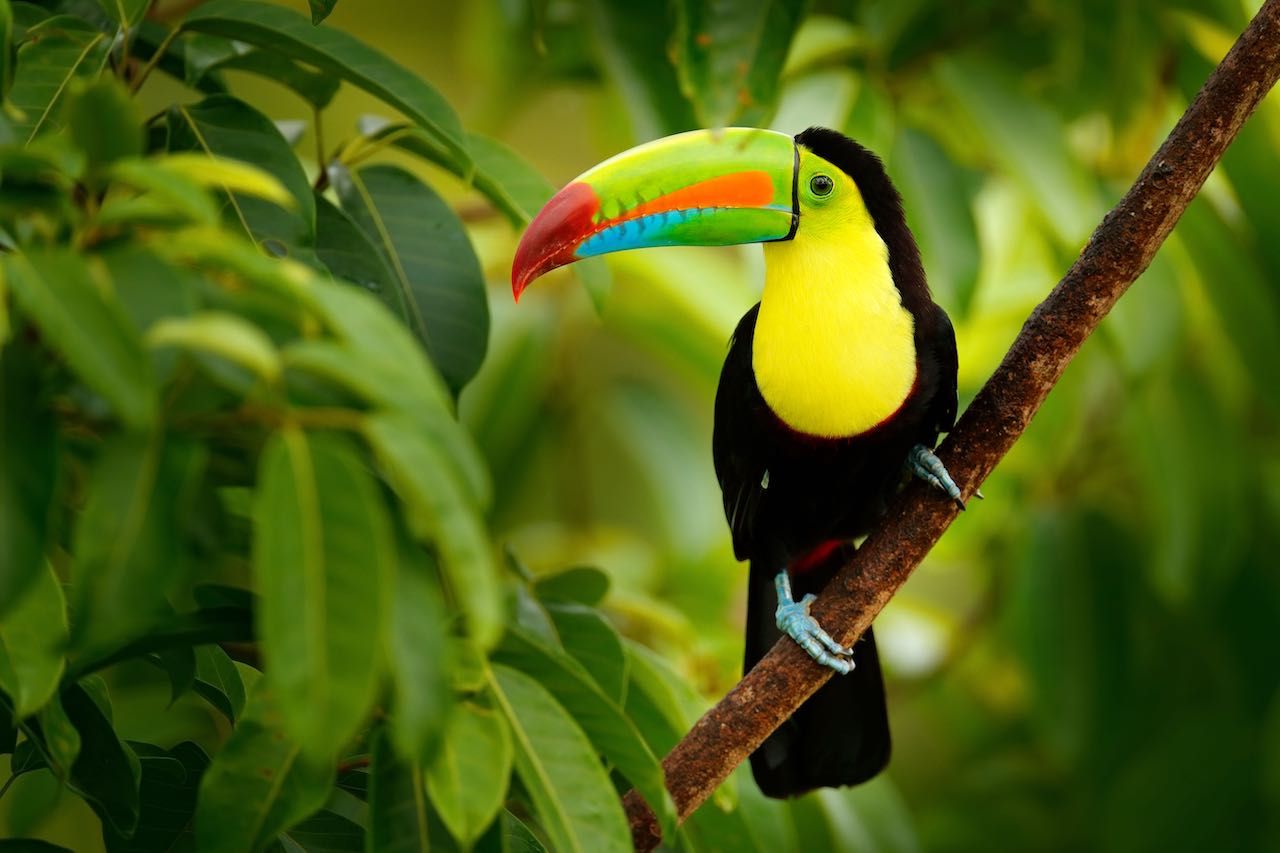 Costa Rica’s secret has been out for decades now, so it should come as no surprise that it’s a winter destination that’s best booked during summer. The luxury hotels along famous beaches might already be jammed up, but if you’re looking for something different, try the Pacuare ecolodge, which is only accessible via whitewater raft. From there you can hike through the jungle, enjoy an afternoon of hard-core canyoneering, or visit local indigenous communities.

Sound a little too… rustic? Costa Rica still has plenty of other ways to take in its incredible wildlife, whether it’s walking through the mist at Central America’s largest cloud forest in the Monteverde Reserve or enjoying the peaceful riverfront in Puerto Viejo de Sarapiqui. Puerto Viejo town is also one of the best bird-watching destinations in the country, home to dozens of colorful bird species like the bare-necked umbrellabird.

TravelThe Best Places To Travel This August
Tagged
Travel Trip Planning
What did you think of this story?
Meh
Good
Awesome