Not to be the bearer of bad news, but it’s almost time to plan your end-of-summer trip. Yes, we’re well aware that summer technically hasn’t even started yet, but since it’s also the world’s peak travel season, things book up fast. Which means it’s never too early to start thinking about August.

The good news is, it’s hard to go wrong during summer’s final full month, when the weather is fantastic pretty much everywhere that isn’t under a perpetual hurricane warning. Sure, you’re probably going to run into a few more people than you will during other months, but that just means more friends you can make, and better stories you’ll have. Hopefully. Whether you’re looking to cross the pond or just find a cool spot a few hours from home, here are our picks for the 12 best places to travel this August. 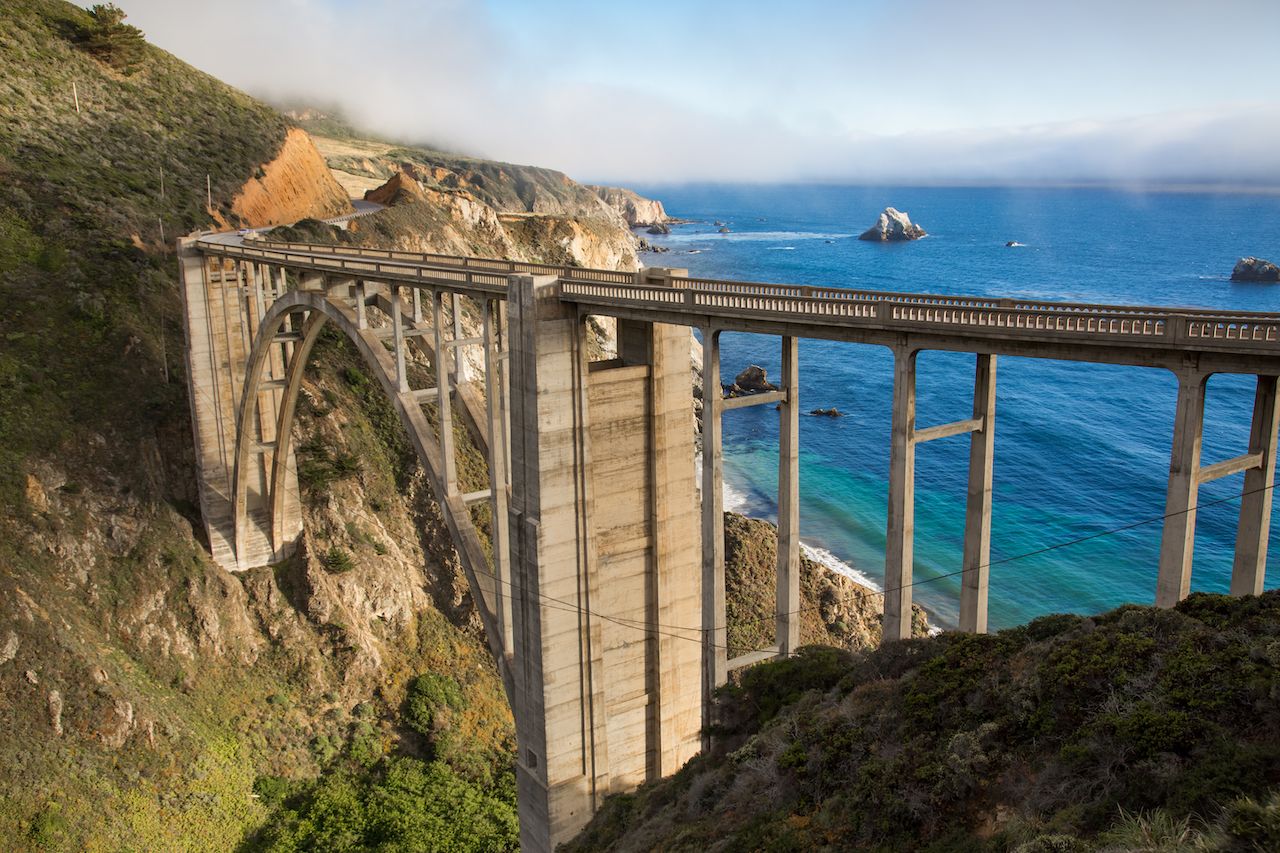 Yes, there will be tons of Big Little Lies fans flocking to Monterey all summer in the wake of the second season premiere, but the hype should calm down a bit by August. Late summer is also when the cool breezes off the Pacific Ocean break through the heat, and you can enjoy sunsets over the sea with a light jacket and a glass of wine. The Pinot Noirs and Chardonnays will be flowing on August 10 at the Salinas Valley Food and Wine Festival, where you’ll get all sorts of local foods made from farm fresh stuff in the “Salad Bowl of the World.” If you’re more of a car person than a foodie, come for Monterey Car Week from the 9-18. The highlight is the annual Concours d’Elegance at Pebble Beach, where you can gawk at 200 of the best collectors’ cars in the world. Then, take your own car over the iconic Bixby Creek Bridge, which reopened this year after a long period of restoration. 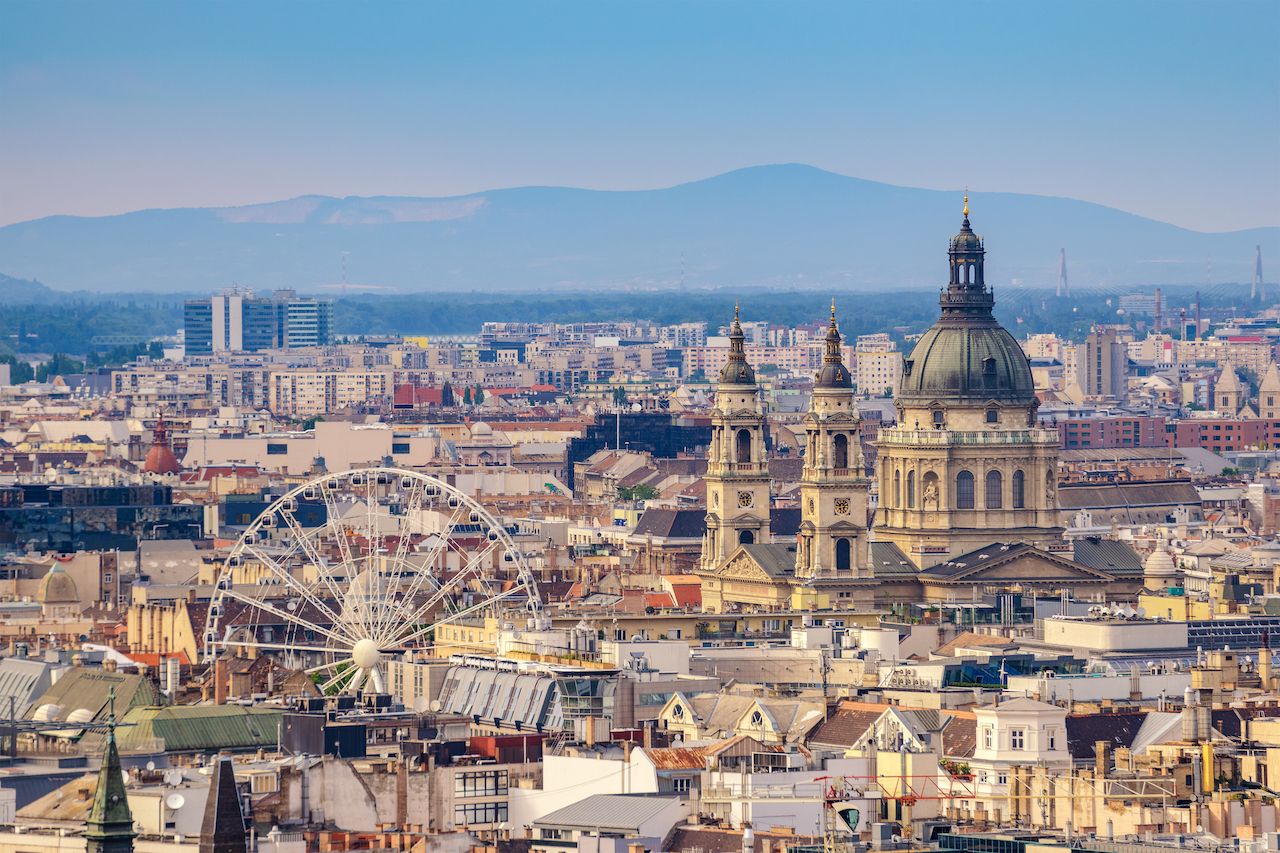 There is quite simply no better month to visit Budapest than August, where you’ll find more going on than any time of the year. It’s the height of Summer Festival, when Margaret Island overflows with concerts, art installations, and unusual food stalls. August 20 is St. Stephen’s Day, when Hungary celebrates its statehood much like we celebrate the Fourth of July. The Formula 1 Hungary Grand Prix runs from August 2-4, and the weeklong Sziget Festival brings nonstop parties to the beach from August 7-13. After a long day of eating, once the sun starts to set, unwind with a soak in one of Budapest’s many thermal spas.

If you’d like to feel a little fitter before indulging in all Budapest offers, take one of the best cycling tours of the summer with Intrepid Travel’s Cycle the Danube. The eight-day trip will have you pedaling along the historic Danube River, beginning in Vienna and traveling through Bratislava, Komárom, and Esztergom, before arriving in Budapest for Summer Festival. 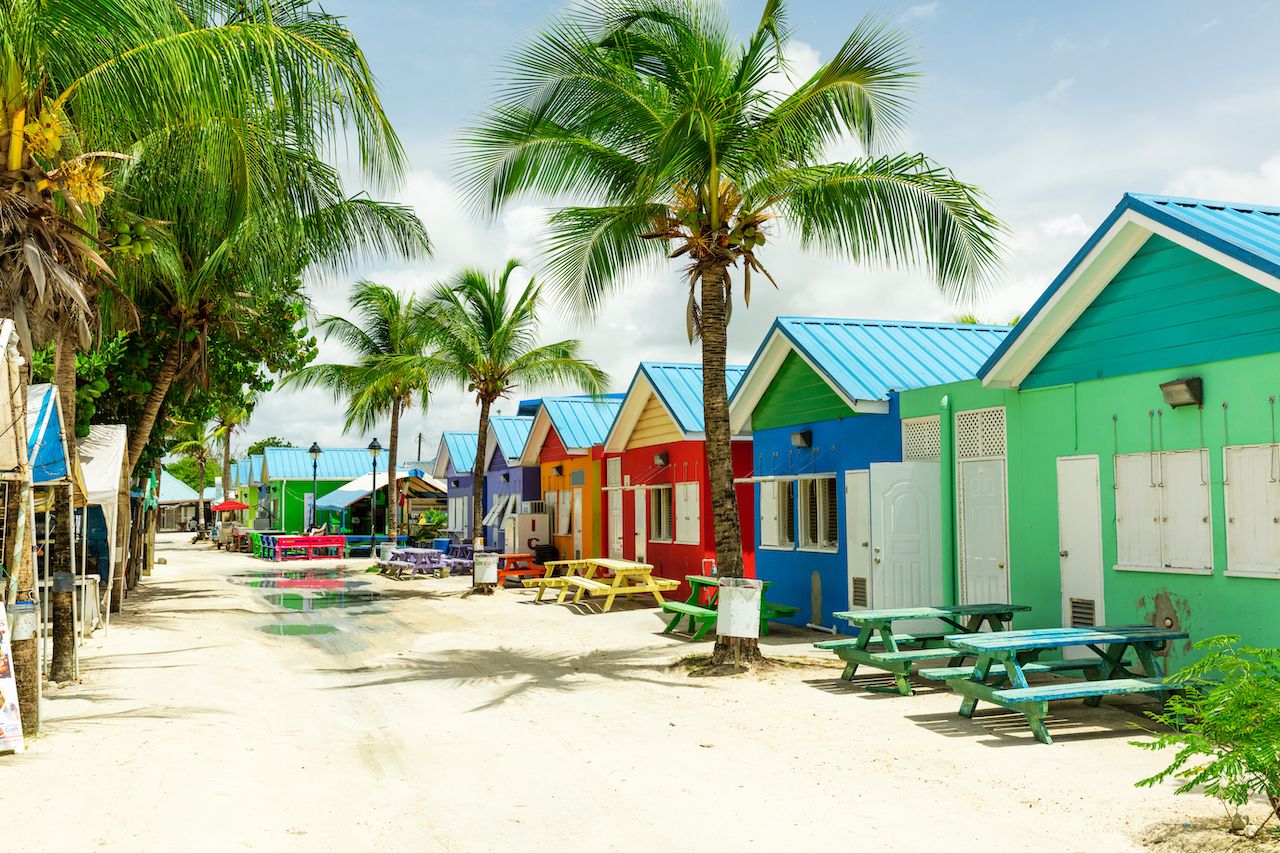 August is Carnival season in Barbados, where the end of sugar season is marked with the annual Crop Over festival. Second maybe to Trinidad in terms of size and intensity, this harvest festival carnival is full of outlandish costumes, epic parades, and nonstop parties. Though Crop Over actually runs all summer, it peaks from August 1-6. The main event is the Grand Kadooment on August 5, when a massive parade runs from the National Stadium to Spring Garden, with locals competing to see who can put together the best “band.” Which is basically a big, roving party float full of scantily-clad revelers. 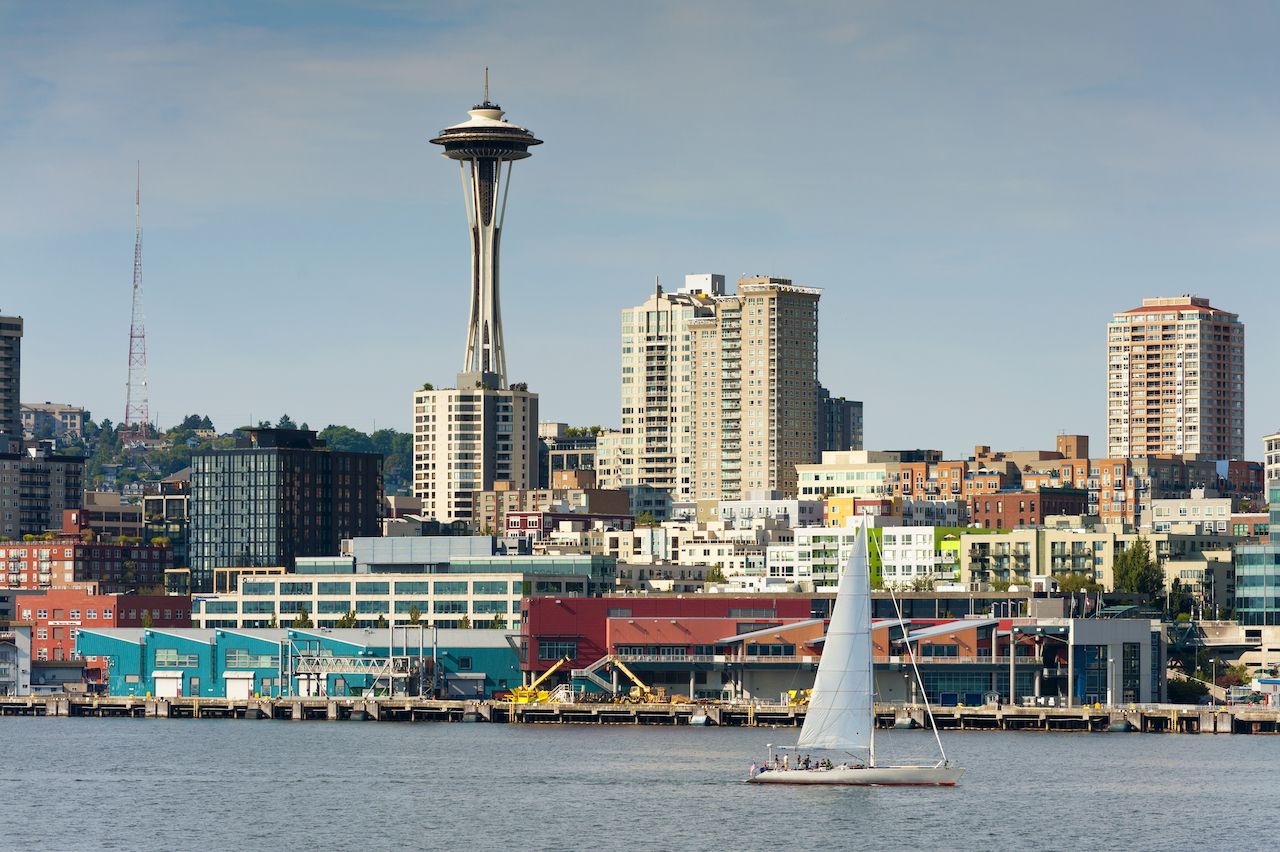 Any time someone raves about how much they LOVE Seattle, rambling on about how it’s the most beautiful place on the planet, they almost no doubt went in August. While the city sits in gloom most of the year, this month it shines with clear blue skies and bright green trees. August kicks off with Seafair from the 2-4, a weekend-long festival highlighted by a torchlight parade and hydroplane races along Lake Washington. The perfect weather continues through the annual Bumbershoot festival at the end of the month, a local arts gathering that’s morphed into the city’s most popular mainstream music festival. This year’s headliners include Tyler, The Creator and The Lumineers. If you want to stay walking distance to both — and right near glorious Puget Sound — the Kimpton Alexis hotel just did a massive redesign where each room is bathed in the glorious Pacific Northwest sunshine. 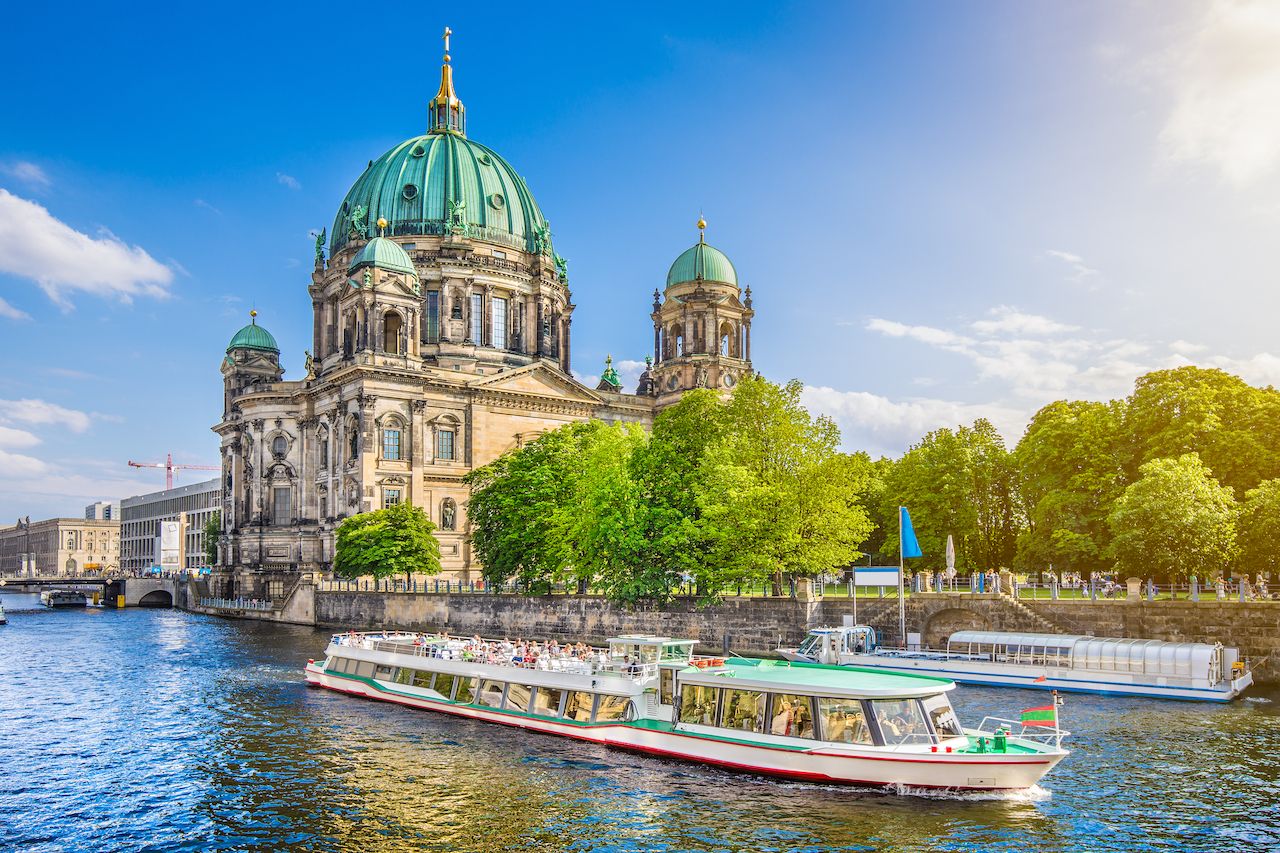 It’s been 30 years since the Berlin Wall fell, which will make anyone who knows all the words to “Right Here, Right Now,” feel incredibly old. But it also makes this a summer of great celebration in Berlin. Sure, there’s the traditional International Beer Festival that runs from August 2-4 with some of the best beers in the world. But this year also brings the 100 Miles Berlin Run, where runners will go along the Berlin Wall Trail, which commemorates all the people who died or were imprisoned trying to run to freedom. After soaking in the culture of the city, you can escape to the Bavarian Alps and Schloss Elmau, who on August 17 offers its Promenade Concert where you’ll spend a day hiking and biking the alpine lakes before enjoying live singing with a brass band. 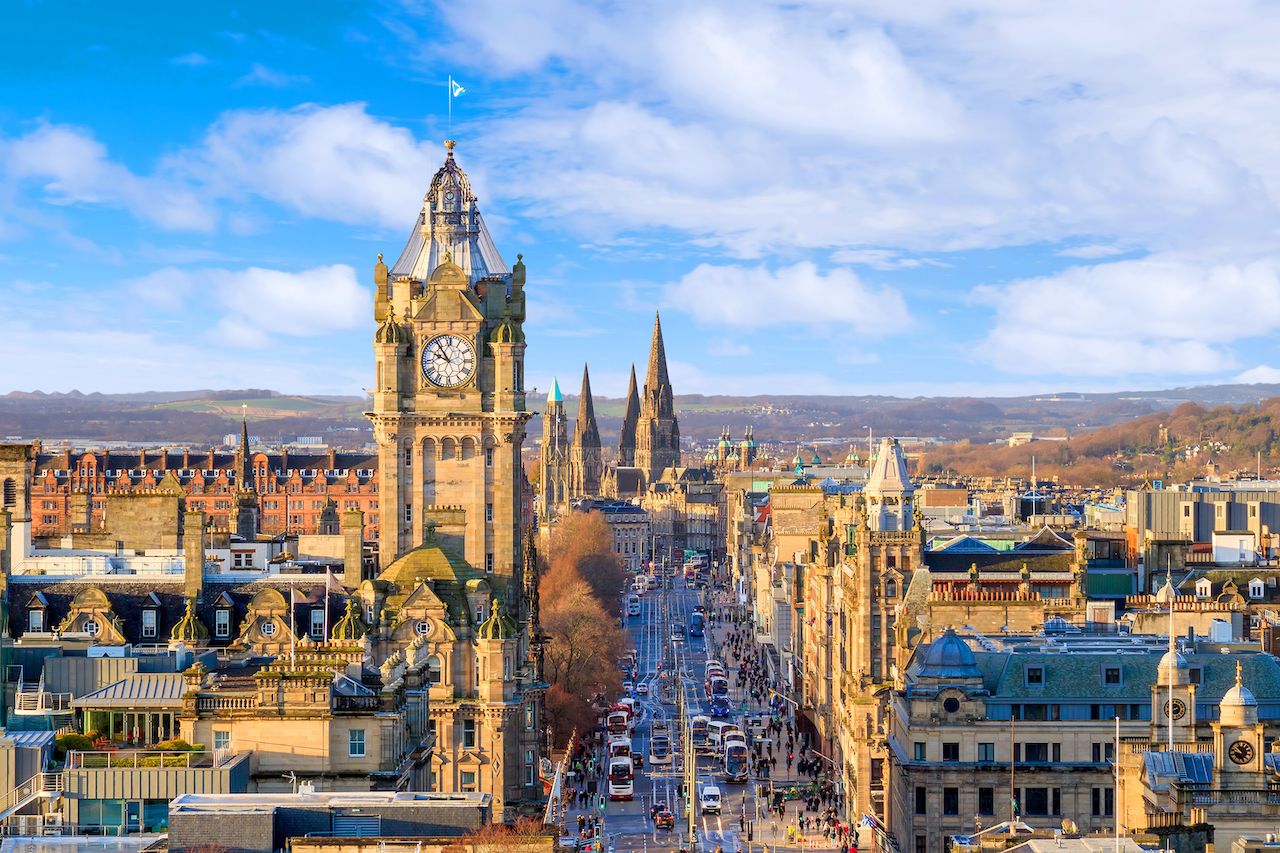 Ignore for a moment that most of the year in Edinburgh weather alternates between “terrible” and “not as bad as it was yesterday.” In August you’ll usually find good stretches of sunlight, where the red bricks of the city strike a bright contrast to the pale blue sky. It’s the ideal backdrop for the Edinburgh Fringe Festival, the largest of its kind in Europe and second only in size to New York’s. Here you’ll find nightly performances by theatre troupes from all over the world, in venues ranging from libraries to event spaces to local neighborhood pubs. Bigger acts fill historic venues like the Central Mosque and Dovecot Studios Ladies Baths, and nearly every corner of the city is alive with the energy of the performers. 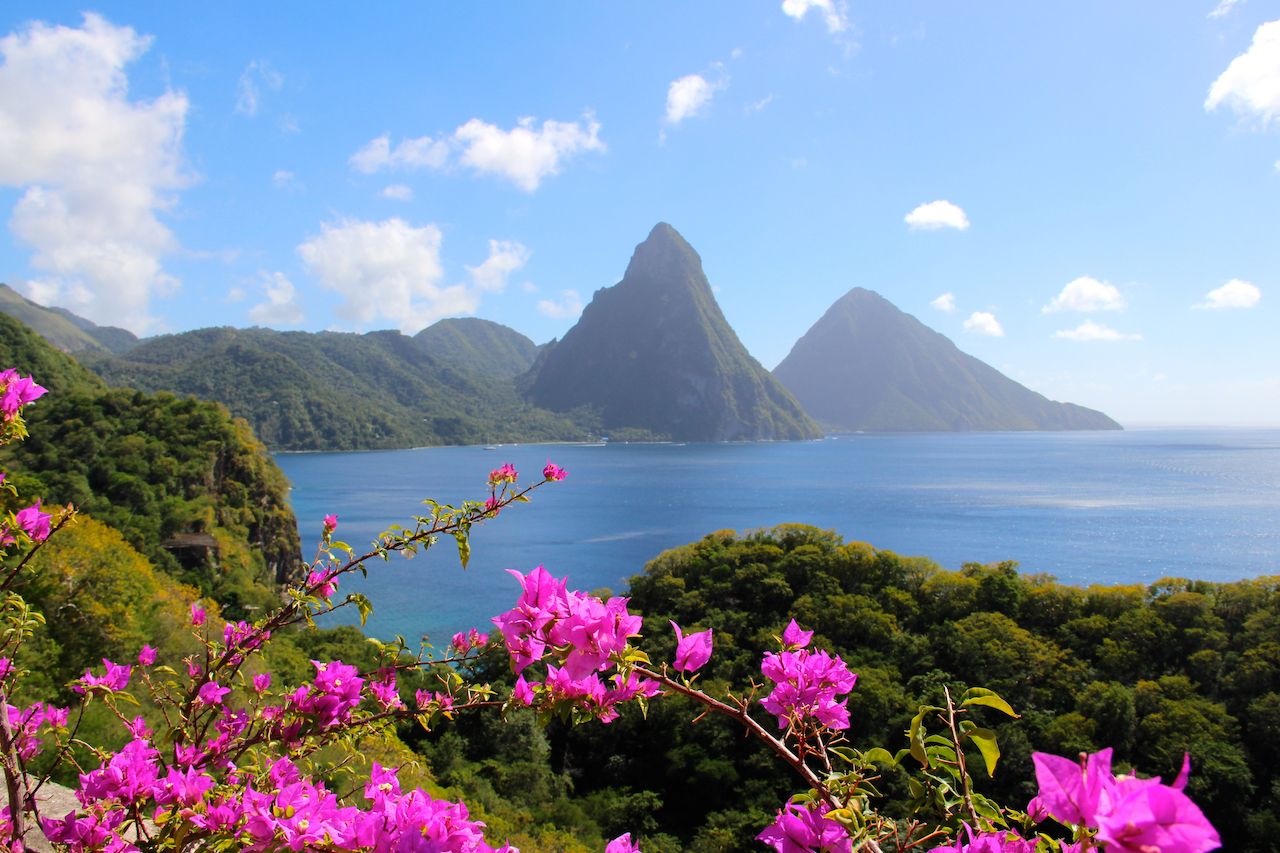 In high season, St. Lucia can be a prohibitively expensive place to visit with rates in some of the nicer hotels topping $450 a night. But this summer, over 20 hotels island-wide have rates up to 60 percent off, making August the best lodging value in the hemisphere. Cheap hotels aside, August also brings the annual Roots & Soul festival on August 23-25. This three-day event features free concerts, master classes, and general networking between reggae, hip-hop, and R&B artists. And is a great way to maximize the value of your already-discounted Caribbean vacation. Just make sure you get that travel insurance, in case of a hurricane. 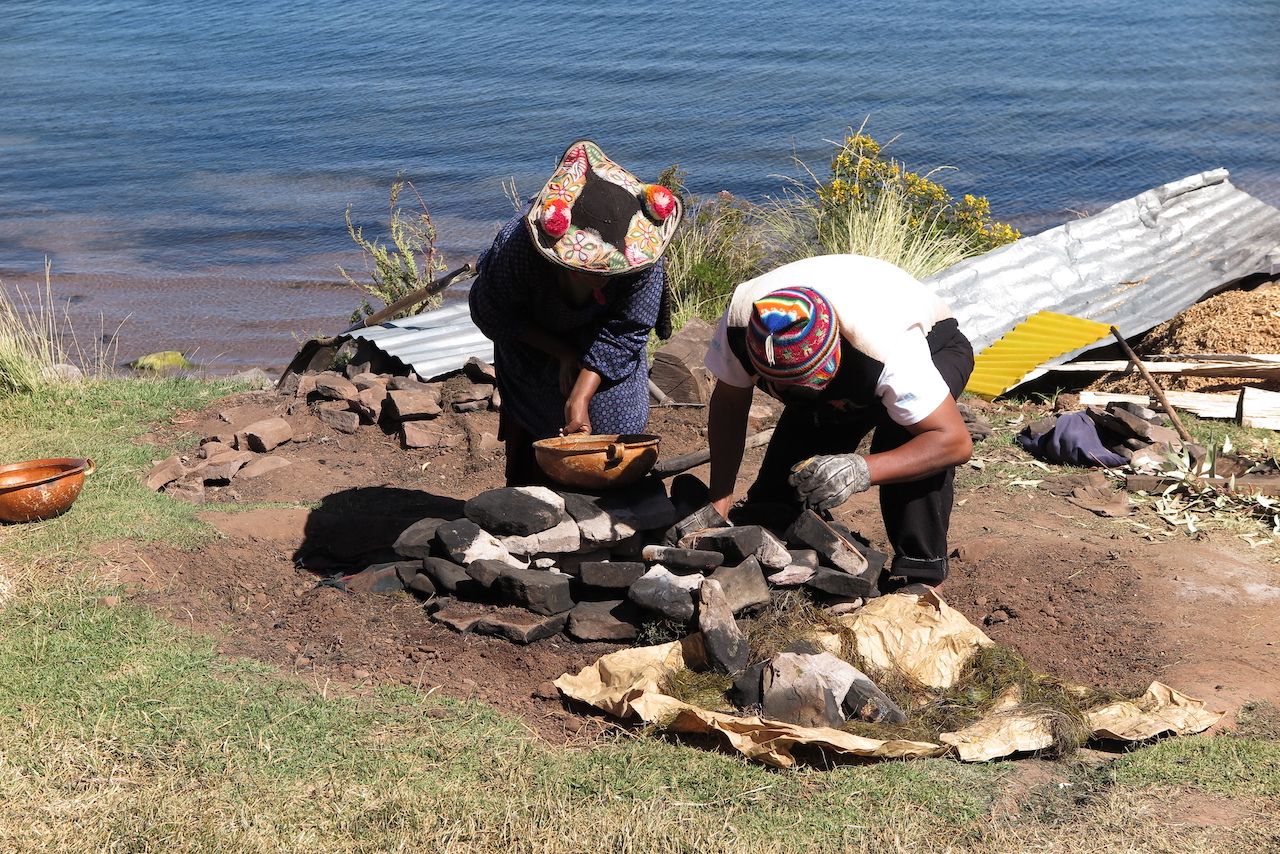 Pachamanca is a style of equatorial cooking, where food is buried in a hole in the ground with hot rocks and cooked while wrapped in banana leaves, and on August 1, Cusco has an entire holiday dedicated to the subterranean delicacy. Head about half an hour out of Cusco into the Sacred Valley and you’ll be greeted by Inca bands and hundreds of people dining outside. Your dinner of meat, veggies, and potatoes will be wrapped in banana leaves and buried, while locals sing, dance, and play drums to accompany the cooking. If you’d like someone else to take care of the logistics of your journey, the JW Marriott El Convento Cusco will transport you out to the Sacred Valley, and introduce you to a local priest who’ll lead you in a ceremony that gives thanks to Mother Earth before your meal. 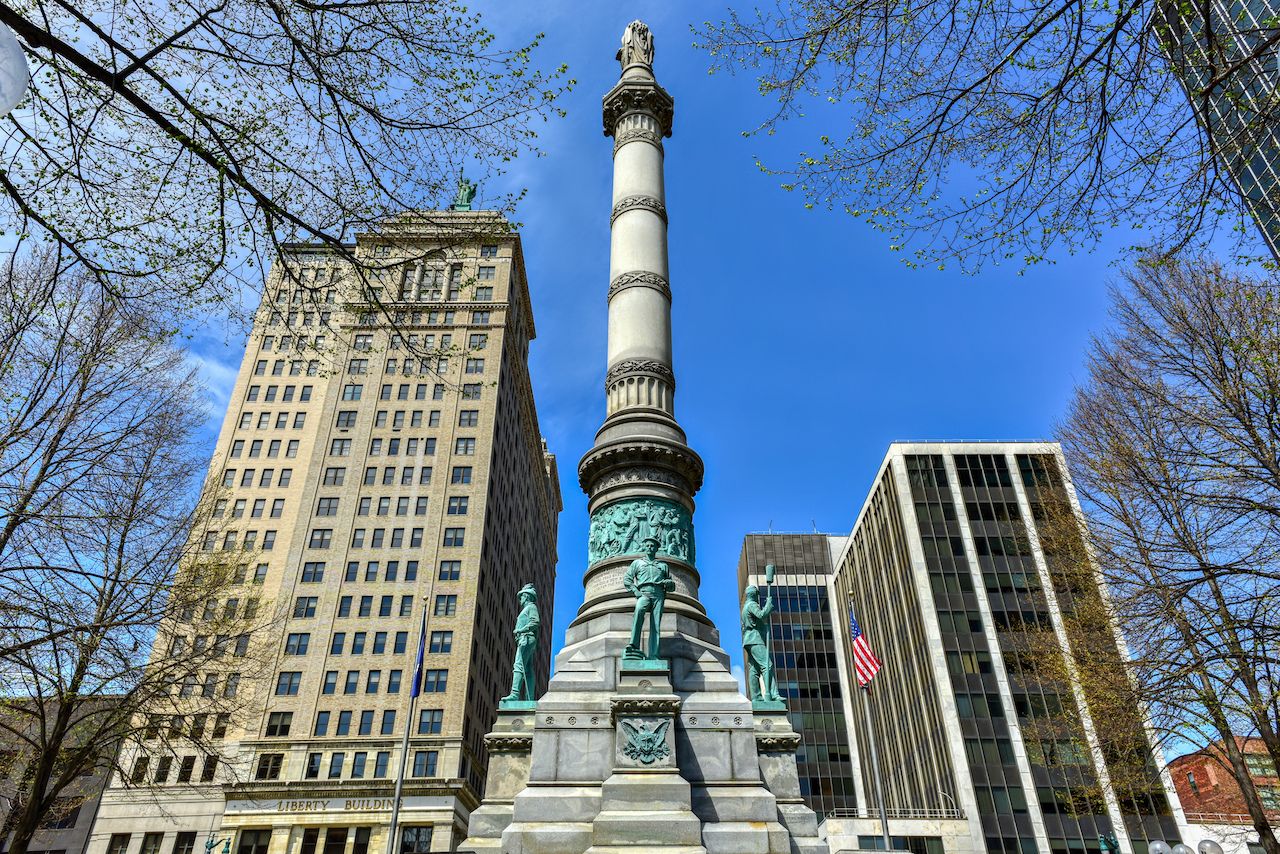 One of America’s most underrated cities to spend the weekend reaches its peak in August, where sometimes-snowbound Buffalo becomes a borderline beach town on the shores of Lake Erie. You can take a kayak through the towering abandoned grain silos in Silo City, or zip line between them as you enjoy craft beer at RiverWorks. Silo City will also be hosting a food-themed theatrical production called Feast, from August 9-18, where James Beard-nominated chefs redefine dinner theatre. This summer, the long-awaited completion of Frank Lloyd Wright’s Martin House finally opens to the public, as does another Wright project at GrayCliff. It’s also just a short hop up the road to Niagara Falls, which, while likely still packed with tourists, won’t be cold at least. 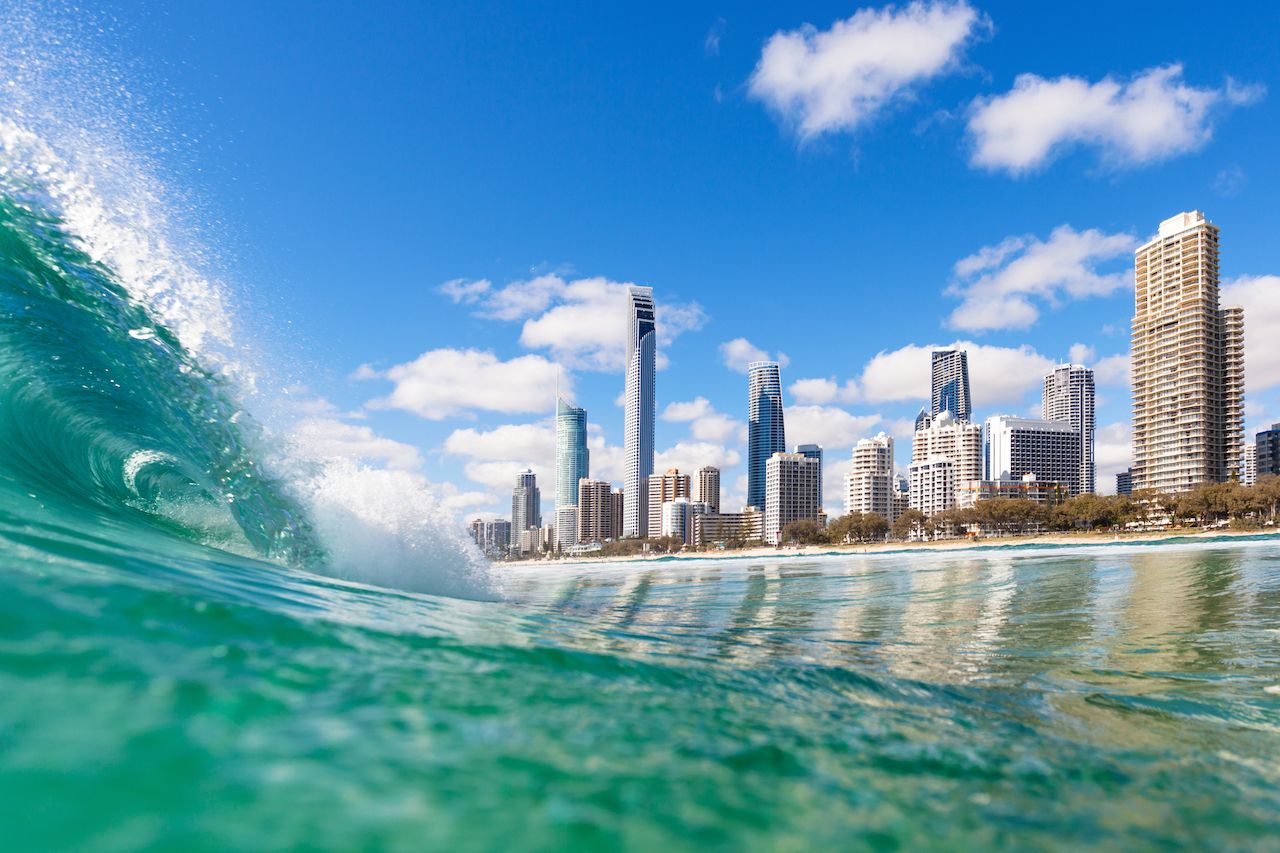 The alleged “winter” along Australia’s Gold Coast is a little like Florida’s, in that it makes the temperatures far more tolerable and minimizes the chance of rain. That makes August the best time to check out the beaches and stupendous surfing in Byron Bay, when the hordes of European summer backpackers have subsided and the town regains its funky vibe. Or head to the hillside village of Newrybar and try kangaroo al fresco at the field-to-table Harvest. For a bigger, busier experience, make tracks to North Burleigh Beach where the Burleigh BBQ Championship goes down from August 3-4. Fifty teams from all over Australia compete to see who throws meat on the barbie best, while you stuff your face and listen to over 20 musical performances. 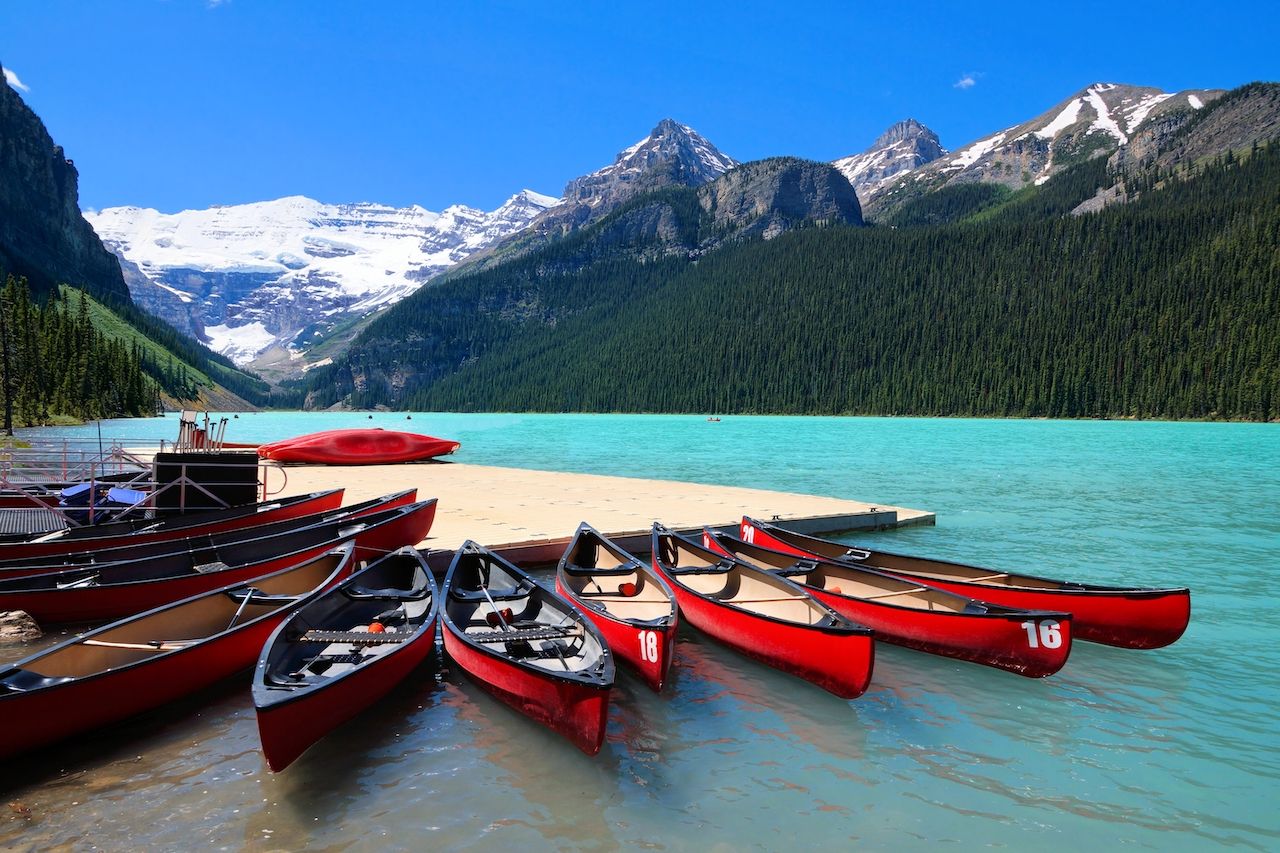 Hitting the snow-capped mountains of Alberta is great in the winter too, but to appreciate them at their best, August is the month to go. The shining waters of Lake Louise reflect a perfect image of the jagged white caps behind it, and the bars and restaurants in Banff are loud and lively. A ride of the Icefields Parkway yields some of the most gorgeous scenery in the world, but so do hikes, horseback rides, and bike treks. If this sounds cool but you don’t want to deal with booking all your hotels, meals, and outdoor gear, hit up Thomson Family Adventures. This outfitter offers a seven-day, multi-sport trip that includes all the aforementioned activities plus spelunking and more, during August 18-24. 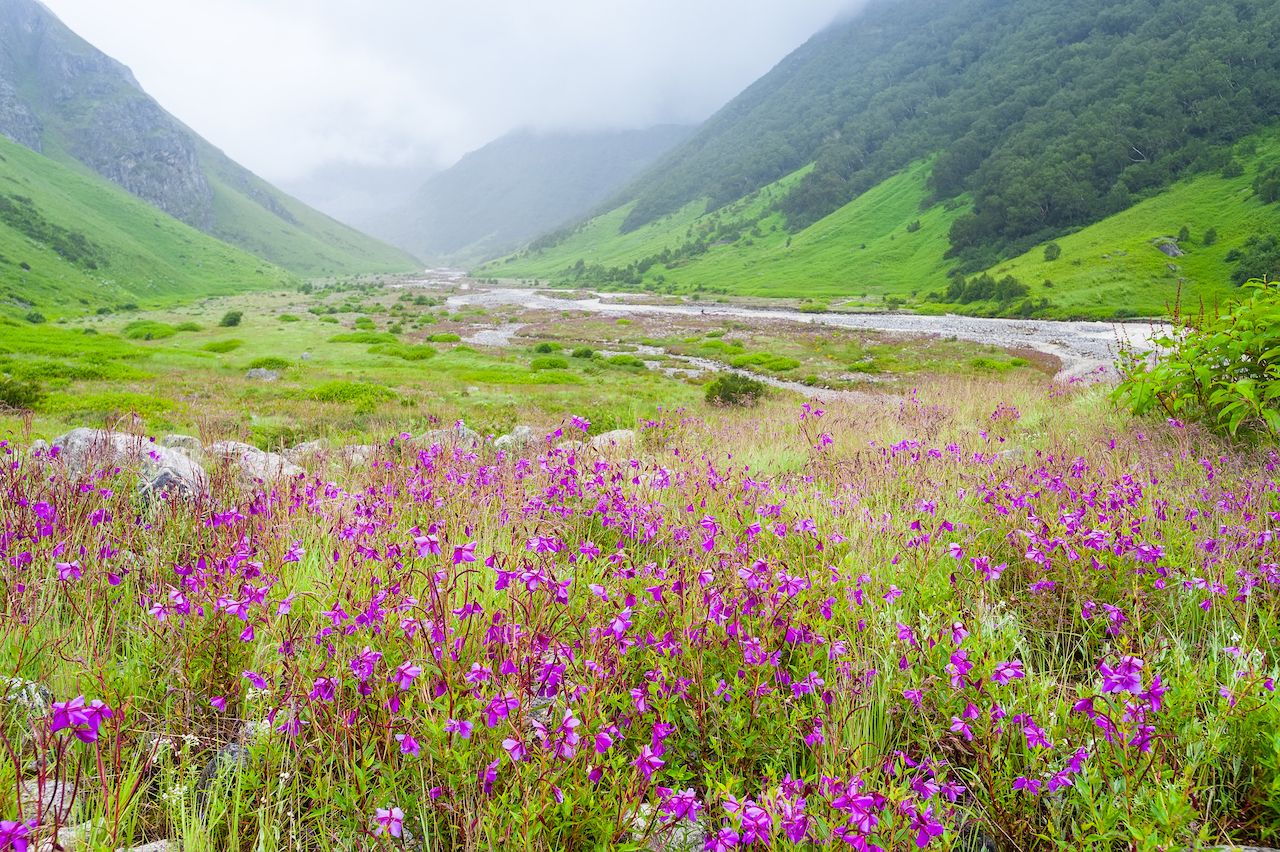 Traveling in Asia during the summer months can be an incredibly hot, humid, and rainy affair, but India being as massive as it is, the climates vary immensely from region to region, many offering respite from unpleasant weather. While much of the country deals with monsoon season, Uttarakhand up north puts on a colorful show for hikers in the mountains. The Valley of Flowers, a UNESCO World Heritage site, comes into bloom during summer, covering the gorge over the Pushpawati River with beautiful pink alpine flowers. You’ll have to hike 11 miles from town to see them, but the trek will be well worth it. The flowers peak in mid-August, though, so don’t leave this trip for Labor Day weekend. Beyond the blooms, you’ll also be able to enjoy peaceful villages with cozy homestays, and crisp, cool air coming off the snow-capped mountains.

Cycling7 Amazing Bike Tours You Should Take This Summer
Tagged
Travel Insider Guides
What did you think of this story?
Meh
Good
Awesome