Nothing is more envy-inducing than listening to a friend rattle off the list of cities they visited on a whirlwind Eurotrip, especially when your own chances of touring the continent are slim. Sure, you could go to Vegas for the gladiator getups and replica Eiffel Tower, but sauntering up and down the Strip will never feel like the real deal. Planning a trip to Athens, Florence, and Vienna might, though, even if you’re not in Europe at all.

All across the United States are namesake cities that deserve to be destinations in their own right. So put your passport away, gas up for a road trip, and reimagine the classic European itinerary right here in your own backyard. Eurail pass not required. 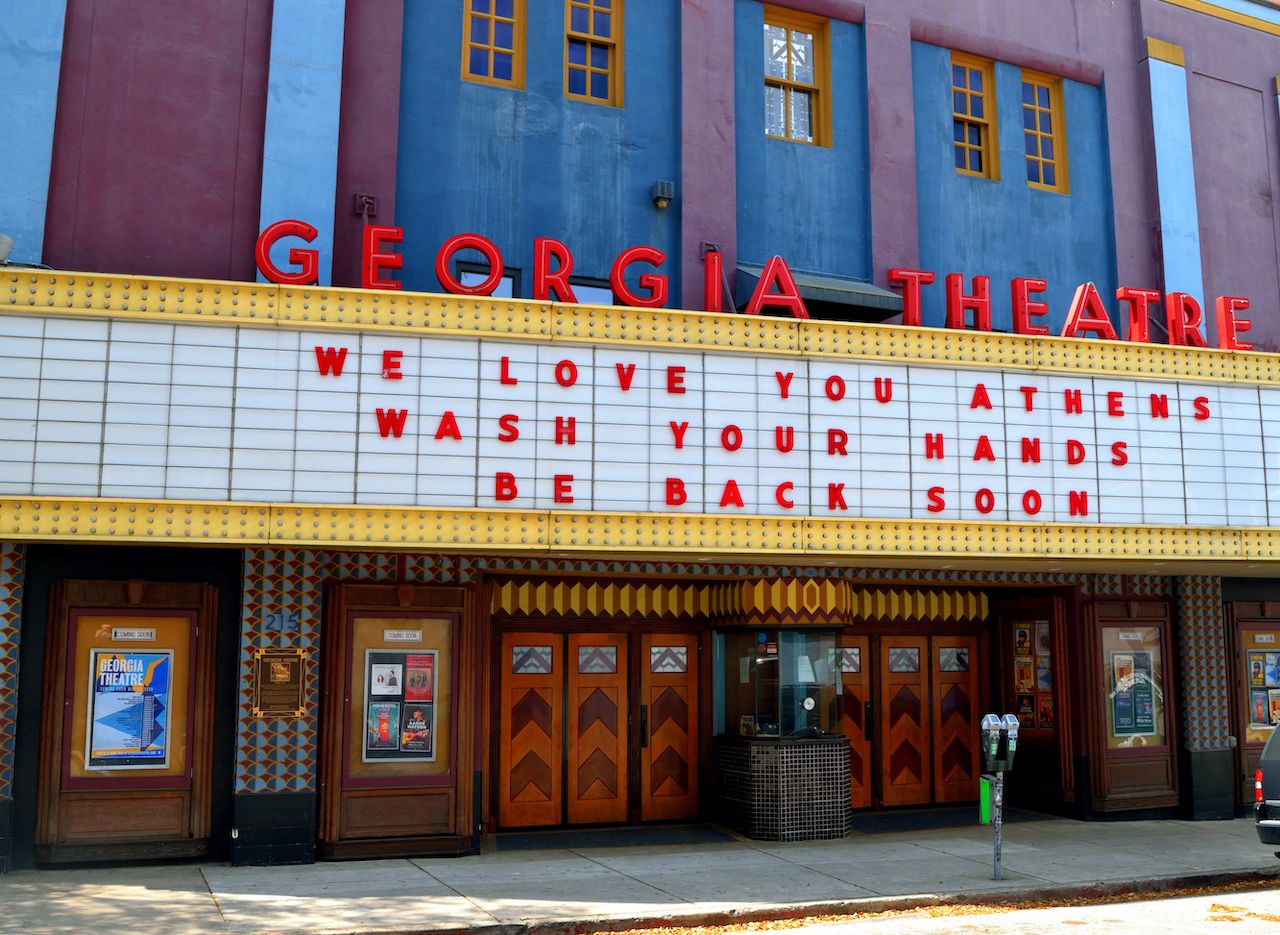 Ancient Greece gave us the Olympics. Athens, Greece, hosted the first modern Games. But the Bulldogs pride for University of Georgia football in the US’ Athens is something else. Athens is a college town with all the trappings of one: a huge number of bars filled with just-legal drinkers, the Terrapin brewery, epic tailgates at Sanford Stadium, and a university-run art museum and botanical garden. Of particular note is the city’s music scene, which helped launch bands like R.E.M, The B-52s, and Of Montreal. The 40 Watt Club is the most legendary venue in town. 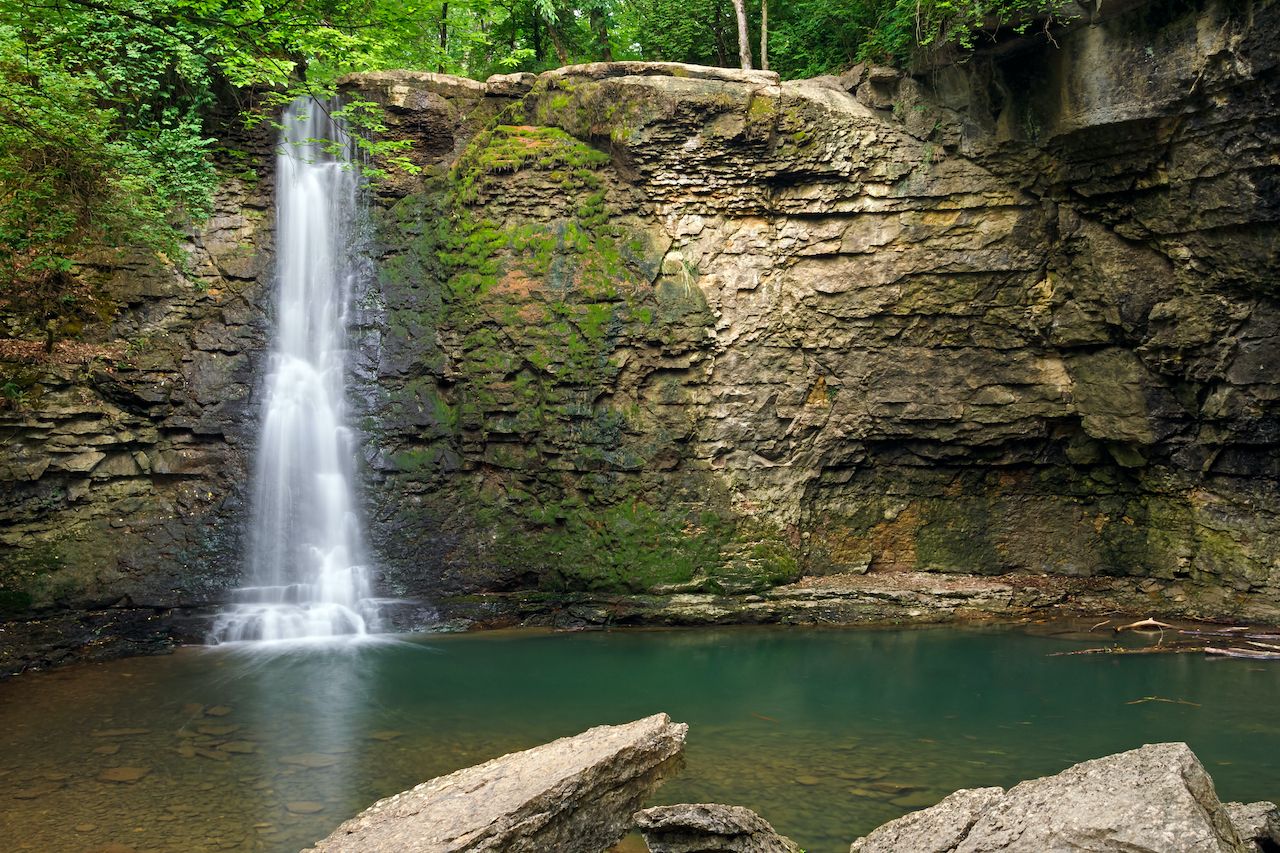 A surprise to no one, Dublin, OH, prides itself on its annual St. Patrick’s Day parade. The rest of the year, it’s a city of golfers, disc golfers, nature walkers, and cyclists, with over 1,000 acres to explore at Highbanks Metro Park. Hike to Indian Run and other waterfalls, cross the Dublin Link pedestrian bridge, and discover dozens of public artworks. Ice cream is a nice reward back in the historic red-brick downtown: There are enough ice cream shops in Dublin to try a different one every day of the week. One night, fancy it up with cocktails at the VASO Rooftop Lounge. 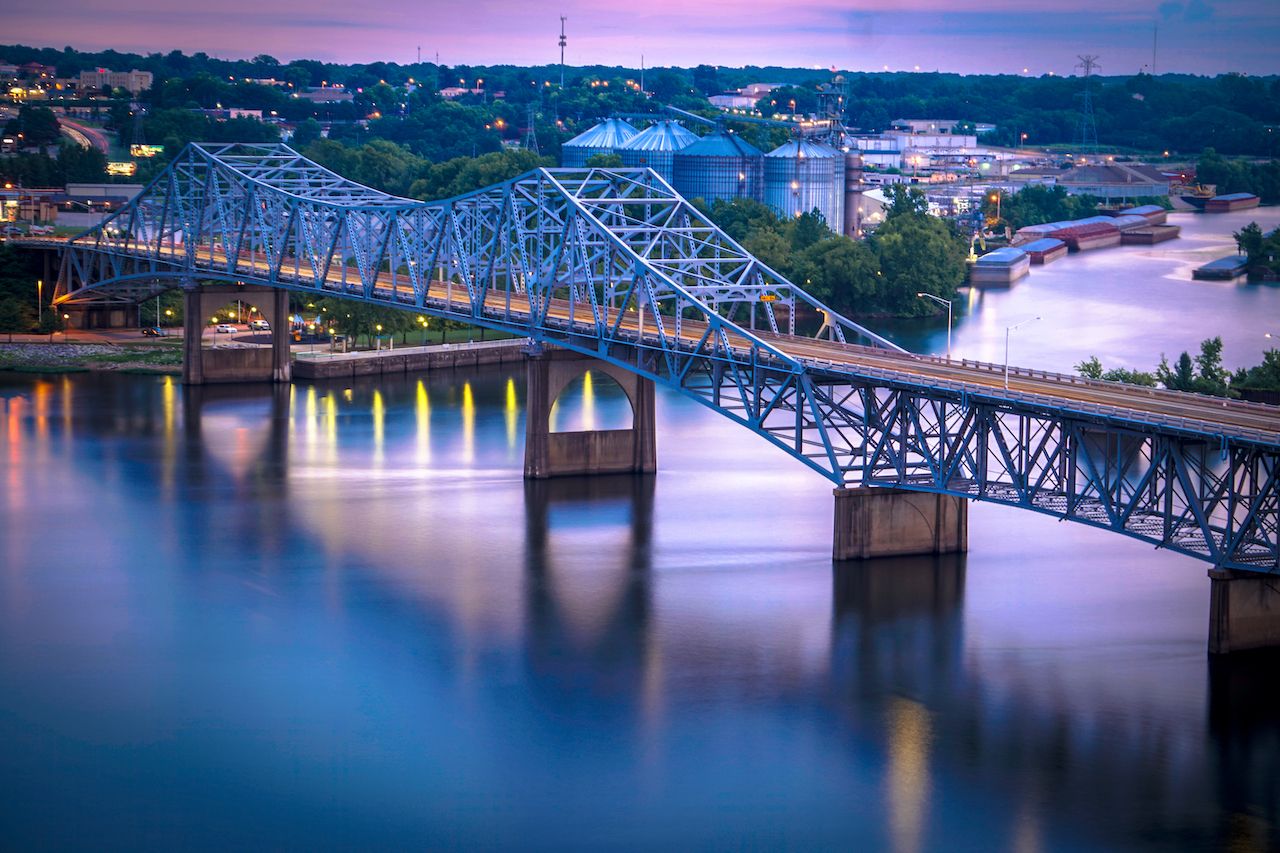 Italy’s Florence is known as the birthplace of the Renaissance. Florence, AL, belongs to The Shoals, or Quad Cities, a cluster of four cities on either side of the Tennessee River that fostered a different artistic renaissance: the Southern rock, soul, and R&B sounds of the 1960s. Artists like the Rolling Stones and Aretha Franklin recorded hits at the legendary FAME Studios, which stands for Florence Alabama Music Enterprises though it’s located across the water in Muscle Shoals, and the Muscle Shoals Sound in nearby Sheffield. Tuscumbia, the fourth Quad City, is also the birthplace of Hellen Keller, whose childhood home is open to visitors. 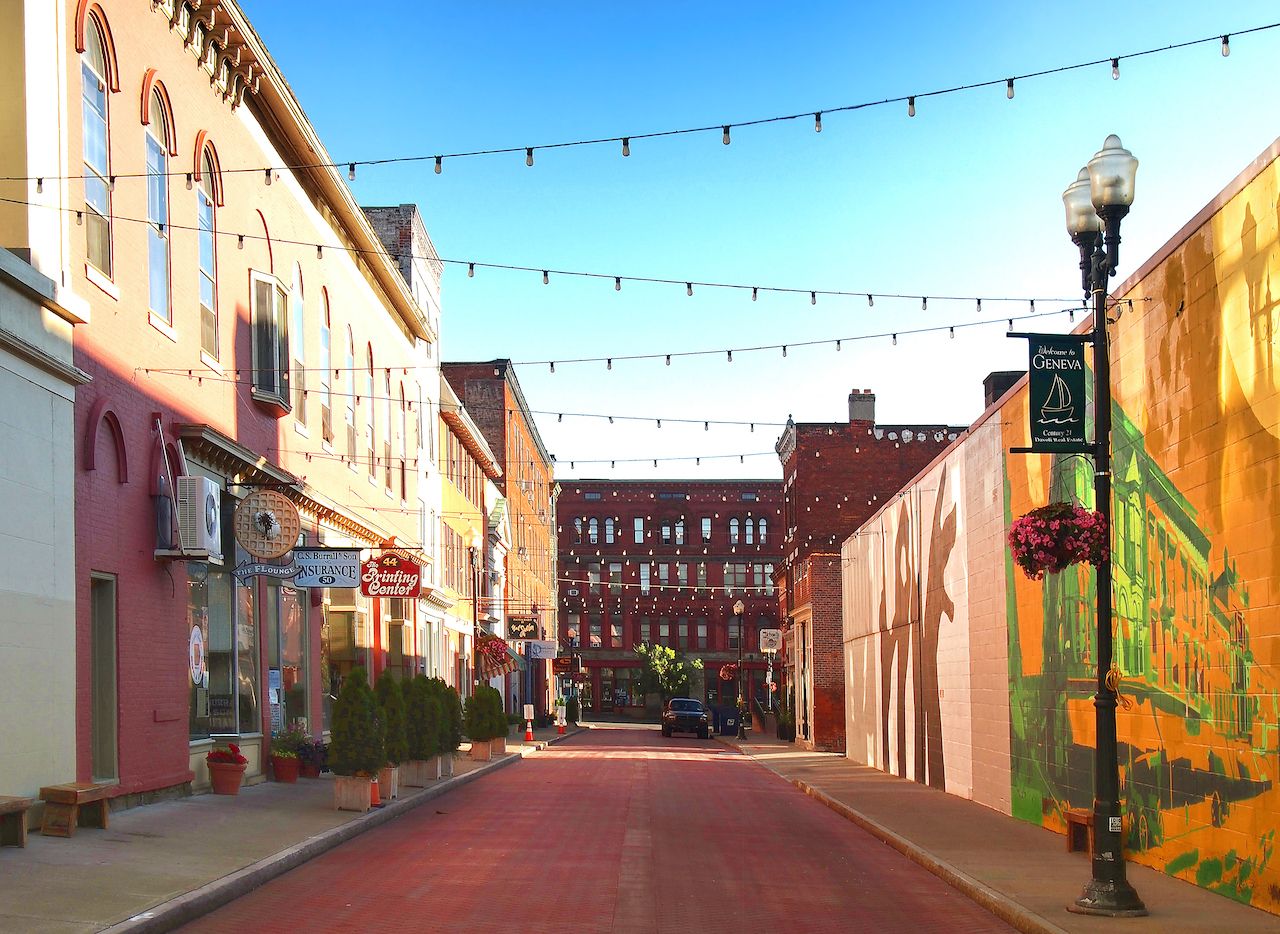 Much like its Swiss namesake, Geneva, NY, sits on the edge of a famous lake: Skirting Seneca Lake in the Finger Lakes region, Geneva is the gateway to the Seneca Lake wine trail, which is quickly growing as a viticulture and agritourism destination. Two estates stand out: Three Brothers, which houses three wineries plus the War Horse brewery and cidery, and Belhurst Castle and Winery, which also makes wine, craft beer, and hard cider. Guests can also stay at Belhurst Castle, a historical site from the late 1800s turned romantic wine hotel and spa. 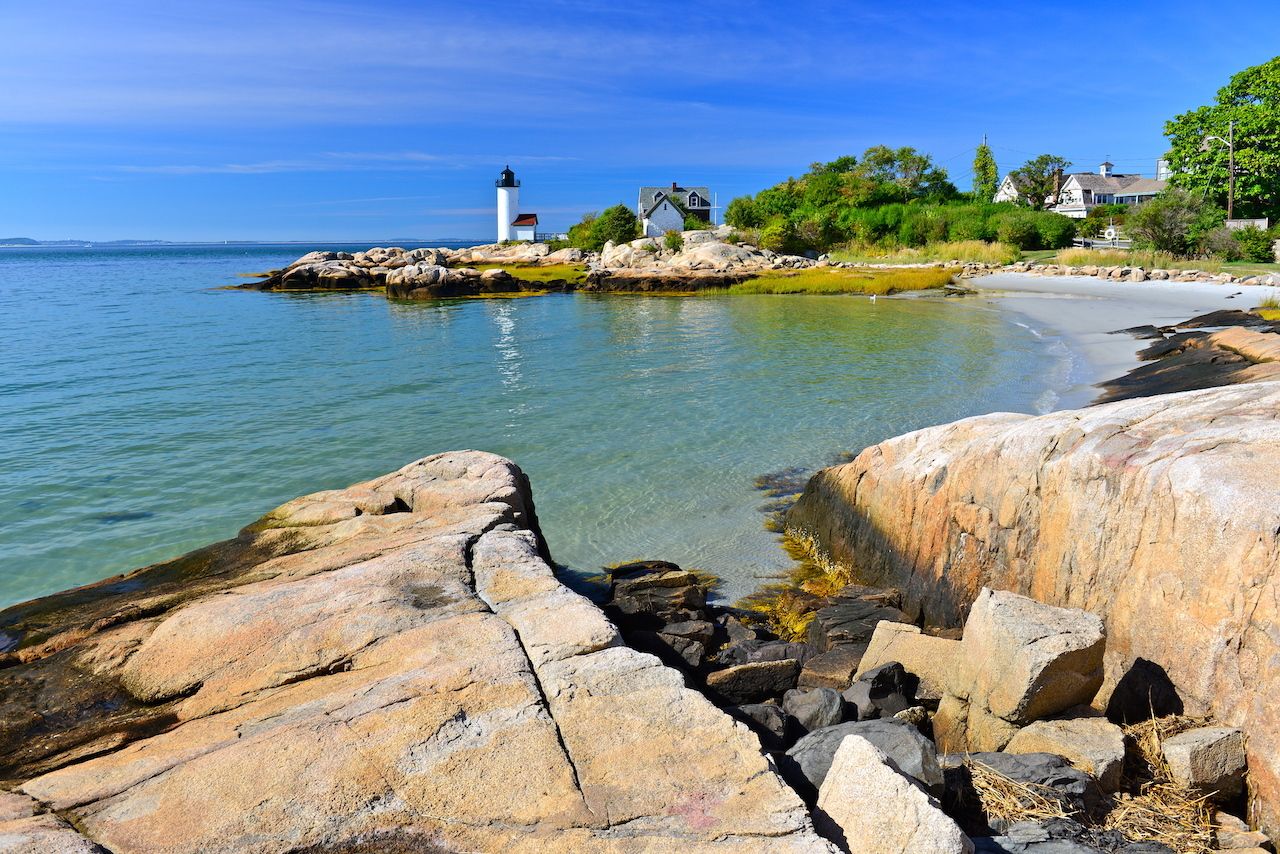 In England, Gloucester opens to the rolling countryside and medieval villages of the Cotswolds. In Massachusetts, Gloucester is a port town that’s almost as old as New England, claiming the title of the US’ oldest. But the city’s real 15 minutes of fame came in 2000 when Gloucester served as the filming location for Hollywood’s The Perfect Storm. Whale-watching and boating around Cape Ann are popular activities here, as are beach-hopping and lighthouse-chasing. Before you leave, try the lobster roll at local institution Lobsta Land. 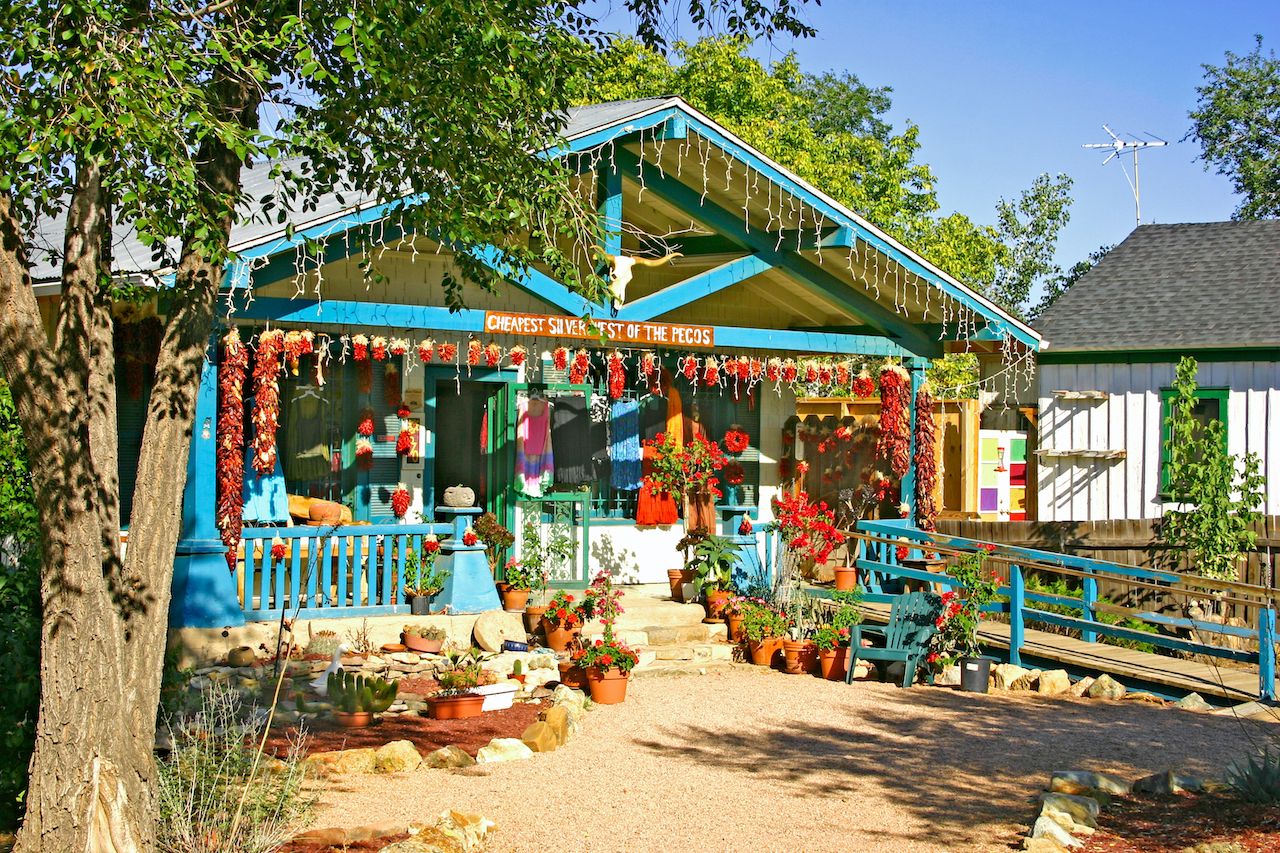 Spain has the Museo del Prado, but New Mexico’s Madrid is one big open-air gallery. Once a mining town, later a ghost town, and today an artist community, this stop on the Turquoise Trail that runs from Albuquerque to Santa Fe is filled with artworks and handicrafts — Indigenous, local, fine, folk, you name it. Pose with lifesize cutouts at Connie’s Photo Park and drink at the rebuilt Mine Shaft Tavern, home to the longest bar in New Mexico. If you’re in the area over the holidays, don’t miss the epic parade that earned this hippie haven the nickname Christmas City. 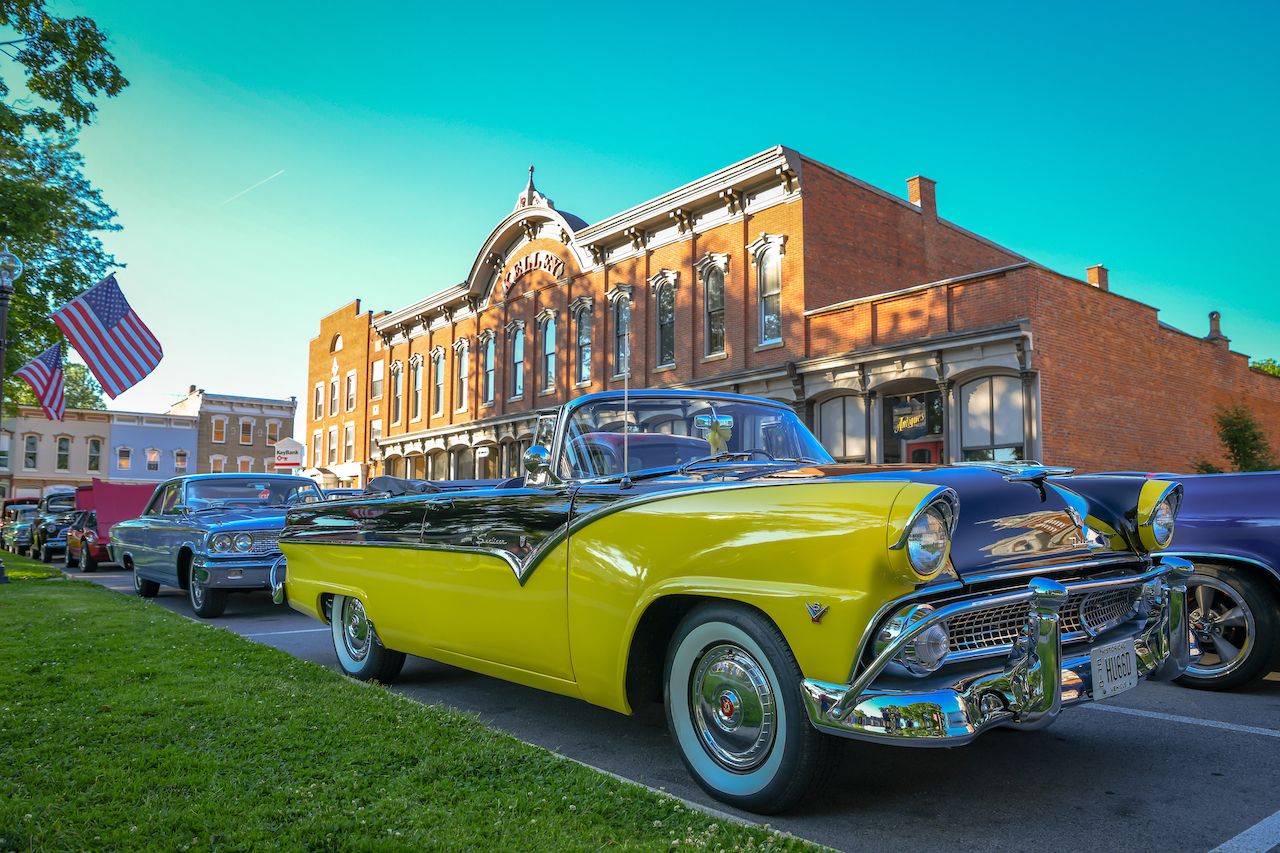 Milan, OH, is not much to look at compared to its more famous counterpart, but it has small-town charm in spades. Its main claim to fame is that Thomas Edison was born there, a fact it honors at the Thomas Edison Birthplace Museum. But Milan has other fun quirks, too. Every Tuesday between May and September, vintage and classic cars descend on the town center for the summer-long Cruisin’ on the Square car show. And in September, there’s an awfully sweet melon festival complete with events like a parade and 5K run. 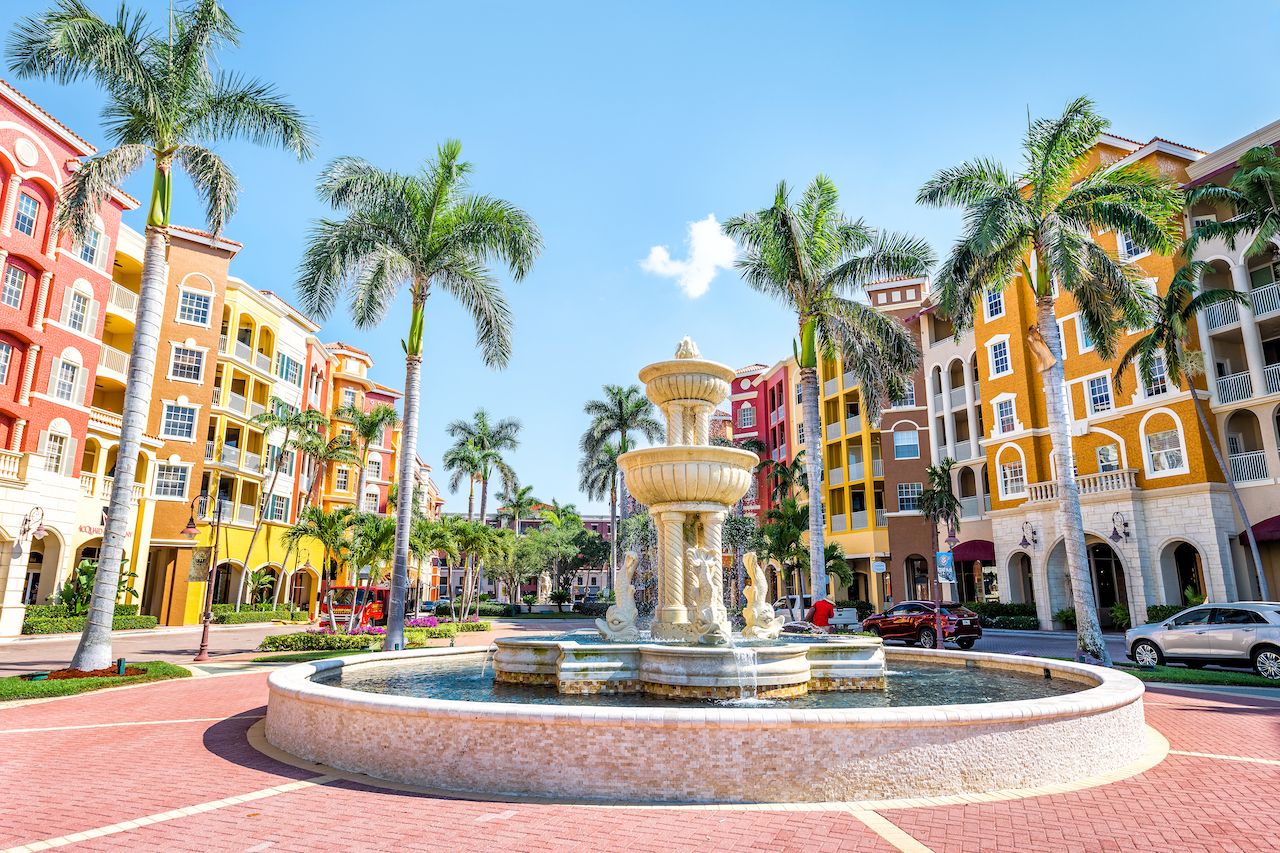 Squint while strolling down Fifth Avenue South in downtown Naples, FL, and you might believe its colorful storefronts belonged on the Italian coast. Palm trees shatter the illusion, as does the city’s upmarket, manicured feel opposite Italy’s notoriously gritty Naples. But it’s not the scenery that ultimately sells the comparison — that would be their food scenes. Sure, you can get a Neapolitan pie in the Gulf Coast city, but why limit yourself when there’s everything from Persian to Polish on offer. Between meals, shop up an appetite on Third Street South, with beach volleyball at Lowdermilk Park or casting a line off Naples Pier. 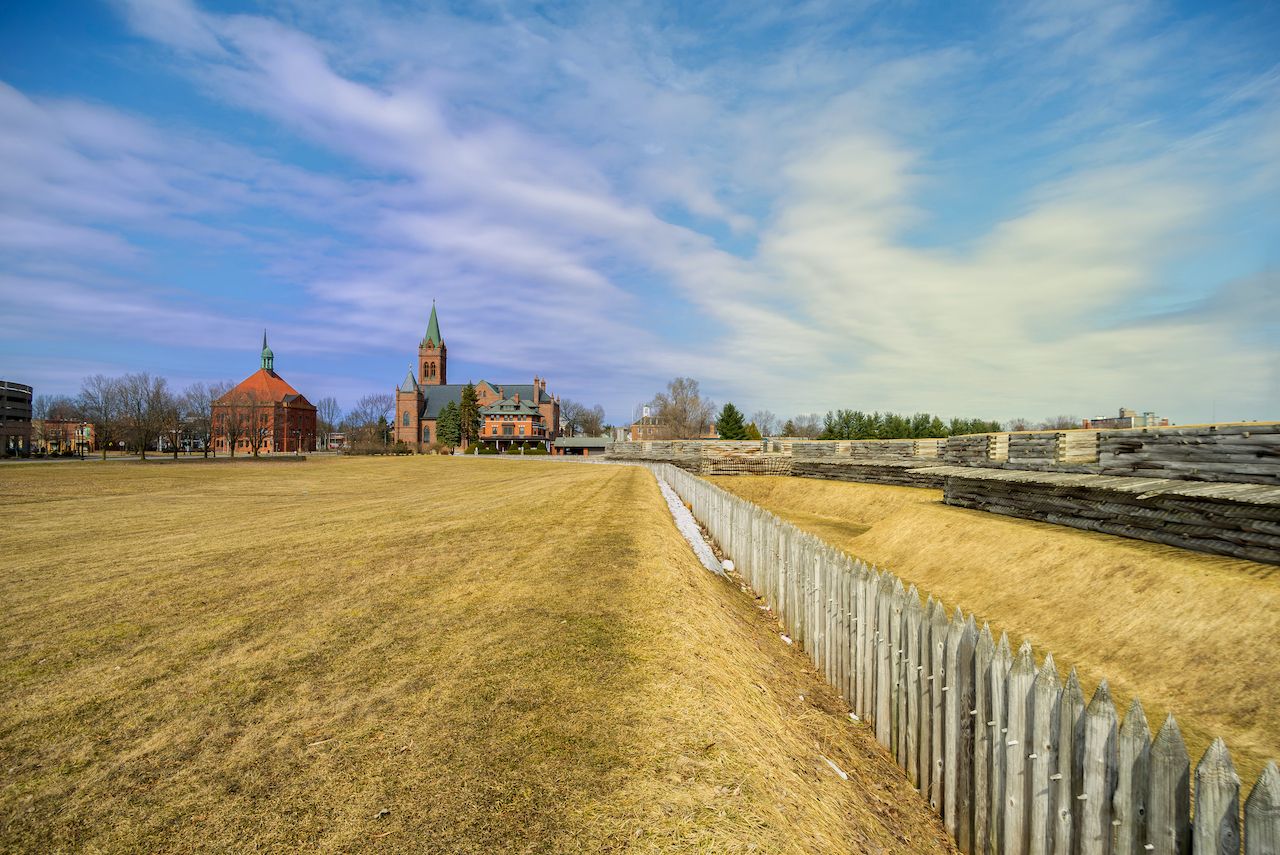 It’s tough to keep track of the Italian capital’s countless landmarks. In Rome, NY, one attraction stands out above the rest: Fort Stanwix National Monument. The Revolutionary War site is known as the “for that never surrendered” during a 1777 British siege. Reenactors play out this history for onlookers. Visitors to Fort Stanwix can, and should, go back farther than colonial times to learn about the region’s Indigenous Oneida heritage, as well. Staying in Rome for a few days? Consider setting up camp along the water’s edge at Delta Lake State Park. 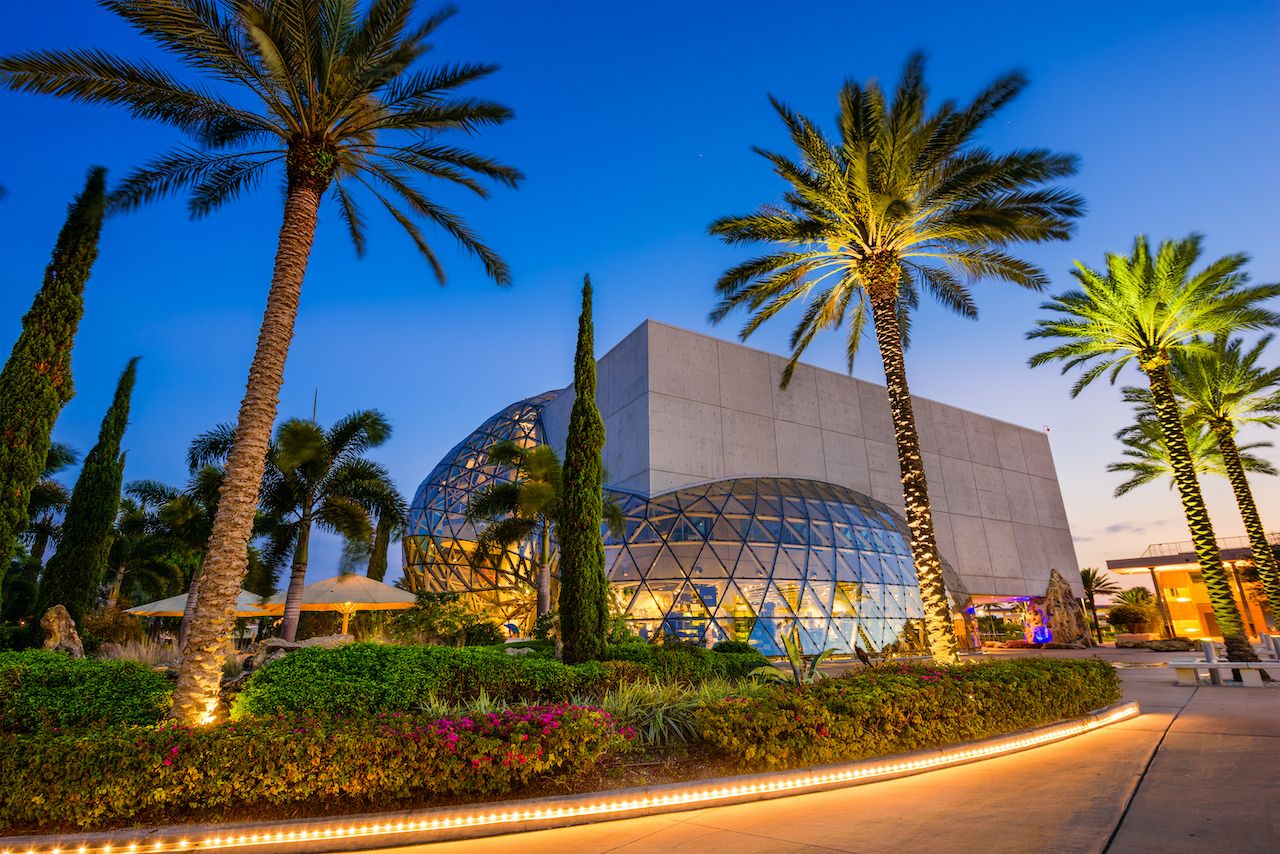 Salvador Dalí is neither American nor Russian, but he is responsible for bringing tourism to St. Petersburg. Housing the largest collection of the Spanish surrealist artist’s works outside of Europe, this Florida city’s Dalí museum is a work of art in itself, with a geodesic glass design bubbling over the building’s facade. St. Petersburg’s Museum of Fine Arts, Morean Arts Center, and Chihuly Collection of glassworks also appeal to art lovers. Post cultural excursions, hit the sugar-white beaches of the five islands comprising Fort de Soto park just offshore. 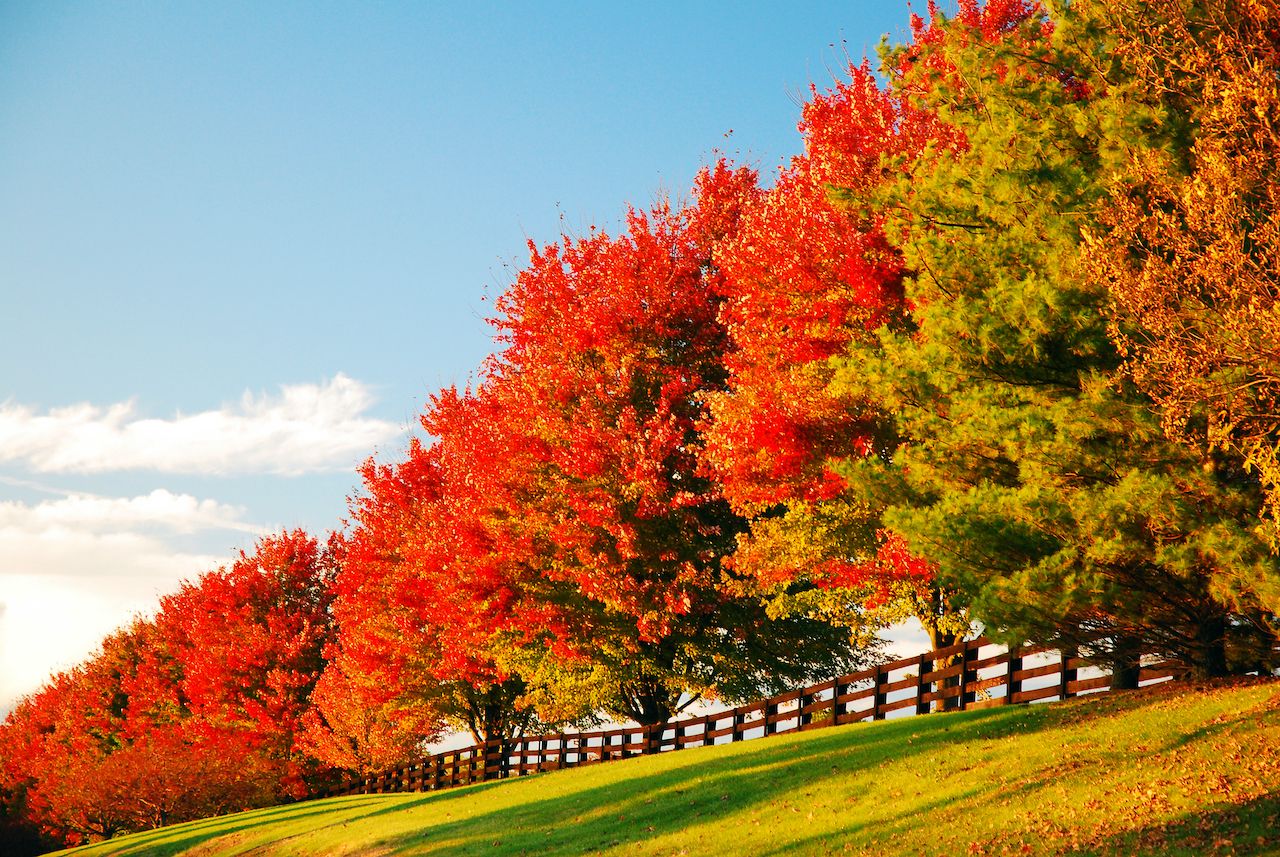 It’s no 17th-century palace, but the Woodford Reserve Distillery in Versailles, KY, is a National Historic Landmark that’s been churning out bourbon since 1812. Visitors can continue along the Bourbon Trail from there, with the nearby Wild Turkey distillery up next. Switch to wine at the Wildside Winery one day, or take the family on a tour of the city’s railroad museum. All ages are welcome at WinStar Farm where some of the US’ most impressive racehorses are bred. If thoroughbreds are really your thing, Churchill Downs is only an hour away in Louisville. 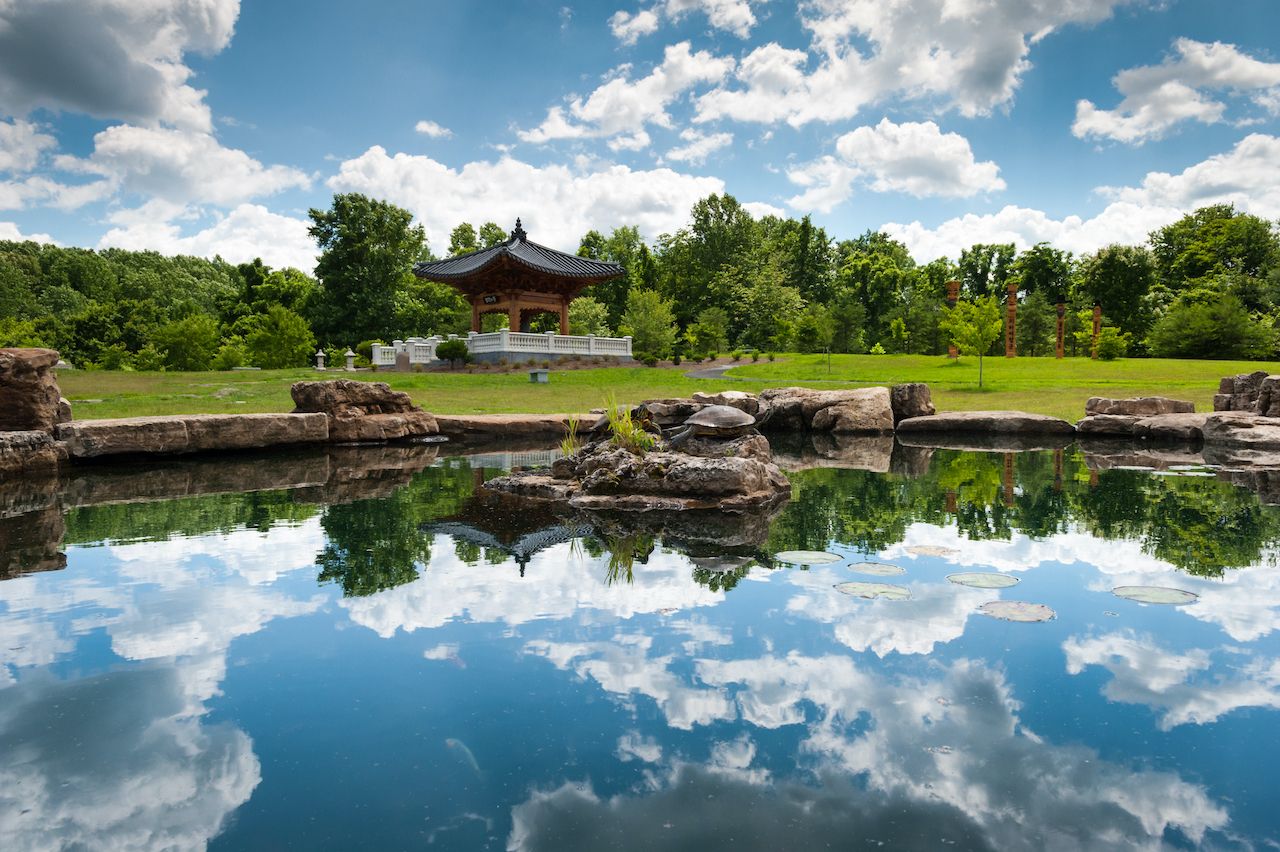 Nowhere near Austria, Vienna, VA, is a stone’s throw from one national capital: Washington, DC. It’s a sweet, simple town with a lot of scenic appeal. The Meadowlark Botanical Garden is a top draw, as is the Wolf Trap National Park for the Performing Arts, the only national park in the country dedicated to staging the arts. Come for pop, opera, jazz, or country performances in the fresh air, or make it a family outing at the Children’s Theatre-in-the-Woods. When it’s just the big kids, check out Jammin Java in town for live music, where even a big name like Paramore or Bon Iver might show up.

Culture9 US Cities That Will Make You Think You’re in Europe
Tagged
Travel
What did you think of this story?
Meh
Good
Awesome