National borders are there for a reason. They’re supposed to delineate where one country ends and another begins, organizing the world into hundreds of puzzle pieces that fit neatly together. But sometimes borders aren’t so neat. Military conflict and political treaties can often cause boundaries to shift in surprising ways, resulting in separate territories called exclaves.

Geographically disconnected from their parent country — often by hundreds of miles and surrounded by other sovereign nations — exclaves are nonetheless part of that nation, retaining legal and cultural similarities. By virtue of their unique geographic separation, however, there are also some striking differences between the exclave and parent nation.

Visiting an exclave can be a fascinating way to get a different perspective on a country. There are dozens of exclaves around the world, each with their own complex story, but these are the ones travelers should keep on their radar. 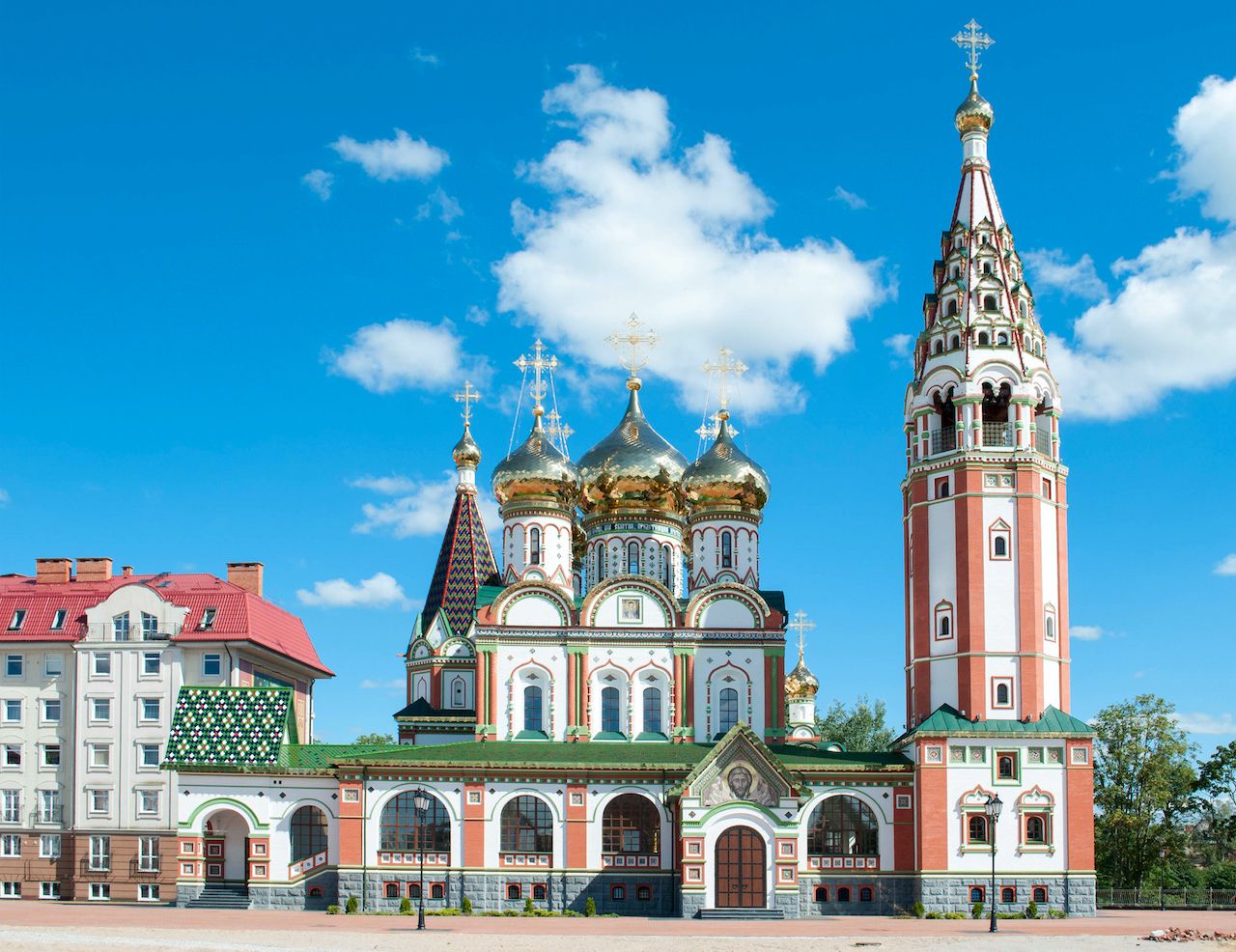 Visiting Russia can be a daunting prospect, especially for Americans for whom getting a visa is difficult. While Kaliningrad is a Russian province, and subject to the same rules and visa restrictions, going there might feel slightly less intimidating. Sandwiched between Poland and Lithuania on the Baltic Sea, Kaliningrad used to be part of East Prussia, then Germany, until after World War II, when Stalin expelled all Germans from the area in 1946 and renamed the territory for the revolutionary Mikhail Kalinin.

At only 86 square miles and with just under one million residents, Kaliningrad is unique for its history, geography, and architecture. Kaliningrad is home to several resort towns on the Baltic Sea, including Yantarny and Svetlogorsk, all with beachfront properties. The Curonian Spit, a 60-mile strip of land between Kaliningrad and Lithuania, is filled with forests, hiking trails, and more beaches, and while the architecture doesn’t exactly rival St. Petersburg’s Winter Palace, the exclave has some fascinating examples of Soviet-era architecture. Most notably, the robot-like “Monster” Brutalist building from 1968 is a perfect example of the diverse historical aesthetic you’ll find here. 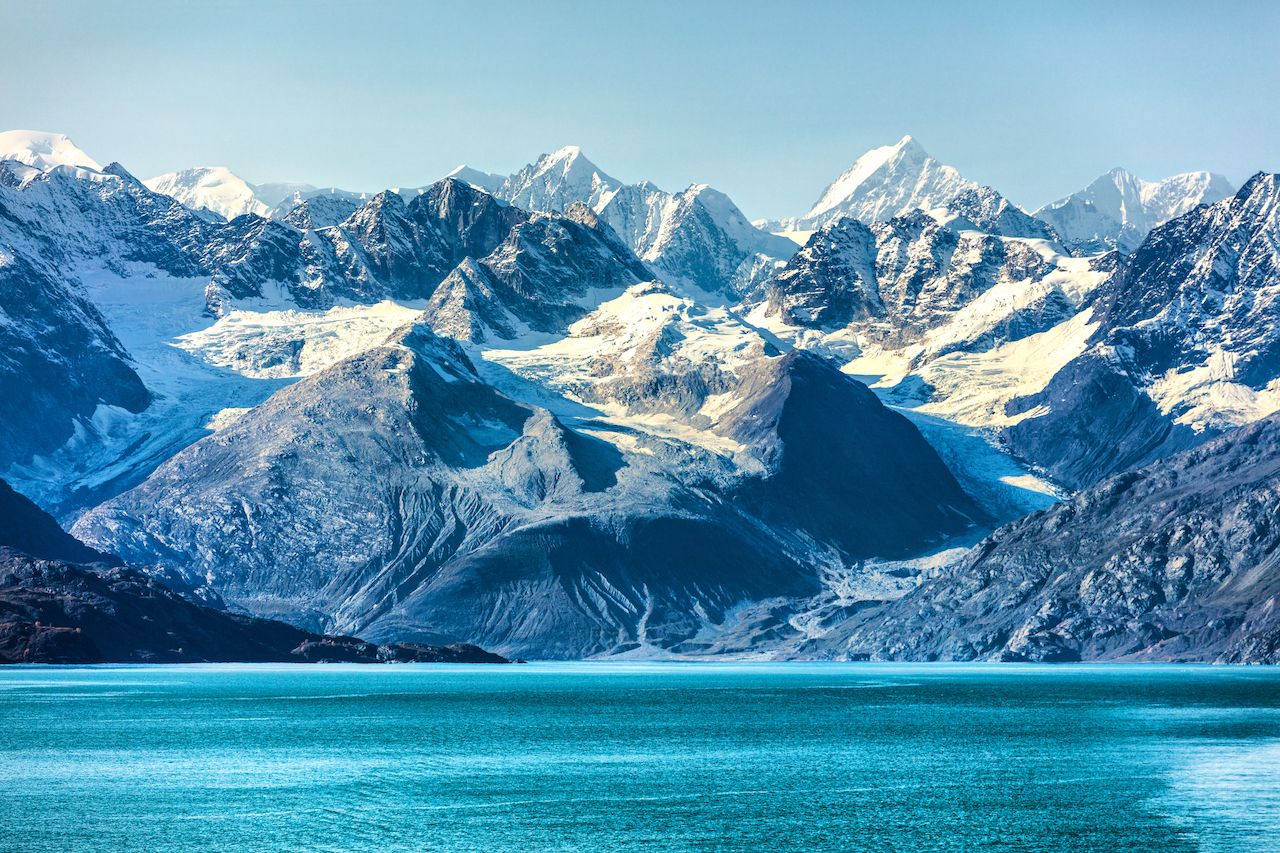 The United States’ 49th state, Alaska is the world’s largest exclave — it is roughly one fifth the size of the rest of the country. A Russian colony from 1744 to 1867, when it was purchased by the US, Alaska was made a state in 1959. Although the state’s infrastructure and lifestyle has grown increasingly modern, it’s still famous for its rustic traditions and rugged way of life.

In the summer, Alaska is a favorite for outdoor adventurers. Sea kayaking, river rafting, backwoods camping, wildlife spotting, and hiking are all available in abundance during the warmer months, and intrepid winter explorers can look forward to dog sledding, snowmobiling, snowshoeing, and ice fishing. And if you’re truly fearless, you can attempt to climb Denali, the highest mountain in North America at 20,310 feet. 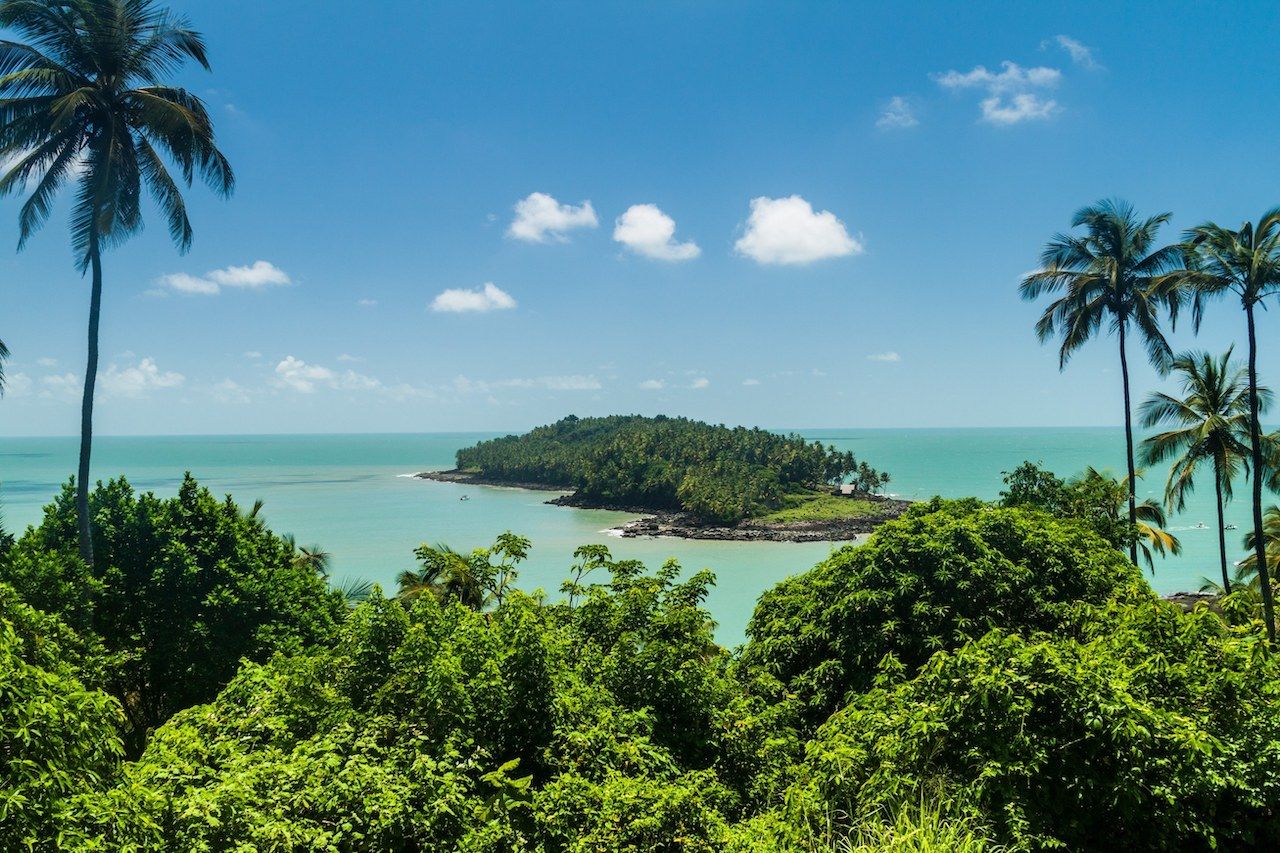 Located right between Brazil and Suriname in South America, you might never guess that French Guiana is actually part of France. Separated by an ocean from its parent nation, French Guiana attained French Overseas Department status in 1946, but was neglected by the government for several decades, sparking economic deterioration and civil unrest. In 1982 a series of reforms were introduced by the French government, including decentralization policies that gave the territory greater independence. Its economy was buoyed by the building of the Guiana Space Centre by the European Space Agency in the 1960s, and the center remains one of French Guiana’s most popular tourist attractions.

If not for the space center, visit French Guiana for the Devil’s Island penal colony just off the coast. The colonies were built offshore in the 1850s to house French political prisoners and lepers. The prison system closed in 1953, ownership was transferred to the Guiana Space Centre, the buildings were restored, and the island now serves as a popular destination for visitors.

After Devil’s Island, you can head to the largest national park in France. The Guiana Amazonian Park is not only the largest French park, but also, technically, the largest in the entire European Union. The park covers 40 percent of the territory, and is home to over 1,500 different trees and 5,800 species. 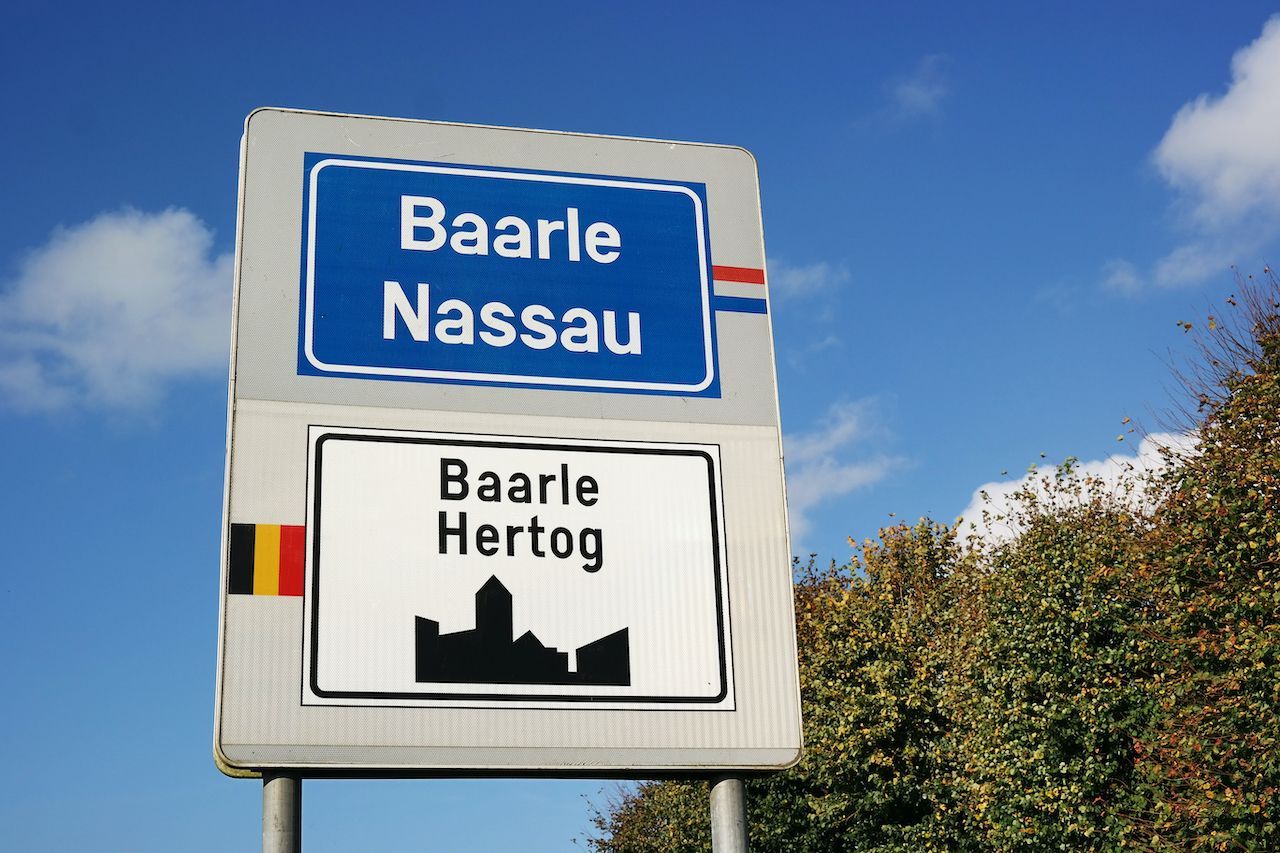 Baarle-Hertog is indisputably the most complex exclave in the world. On a map, the territory appears to be located entirely within the Netherlands, but in fact, the territory belongs to Belgium. And it doesn’t end there. Baarle-Hertog isn’t just a single exclave surrounded by another country — it consists of over 20 separate pieces of land, all disconnected from one another.

The web of confusing borders came about after a series of land-swapping treaties between medieval dukes, who arbitrarily divided up the land. Those treaties led to borders that are anything but clear. Some borders cut through homes and businesses, and split backyards in half. The Belgian and Dutch sides each have their own mayor, police, and fire stations, and homes occupying both countries pay taxes wherever their front door is located. To make it clearer what country you’re currently dining in, there are even tiles in some restaurants marking the delineation between the Dutch and Belgian sides of the establishment. 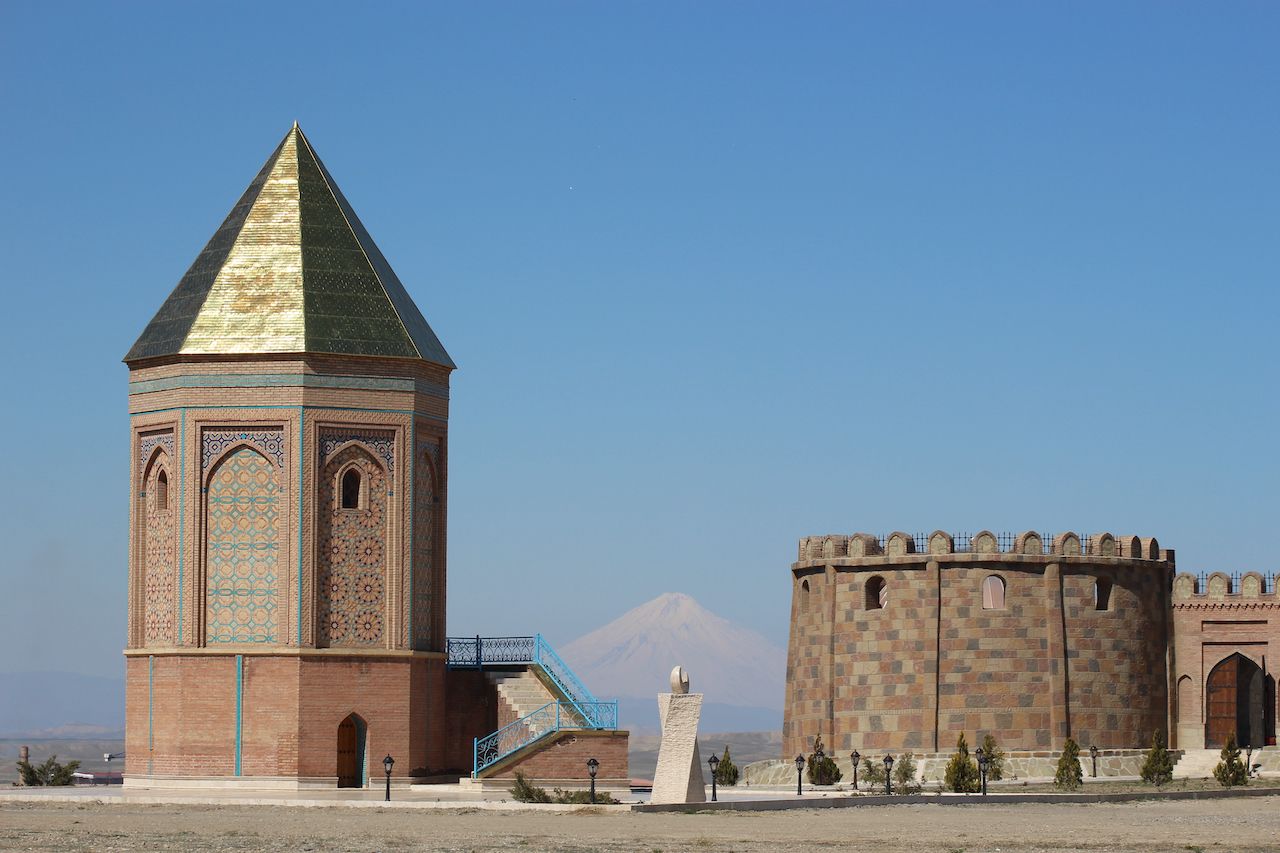 Visiting Azerbaijan might sound unique enough, but to put an even more unique twist on it, you can check out the Nakhchivan Autonomous Republic (NAR) exclave. Located between Armenia, Turkey, and Iran, the disputed NAR territory found itself with exclave status after the Armenia-Azerbaijan war that ended in 1994. That means the NAR isn’t just separated from its parent country of Azerbaijan, it’s located almost entirely inside its former enemy’s territory, Armenia.

An area with roots in ancient empires, the NAR is still home to the ruins of centuries-old mosques, fortresses, and tombs. There are also over 200 restorative mineral salt springs, which cover 60 percent of all water sources in Azerbaijan. You can only access the exclave via a flight from Baku, Azerbaijan, or Istanbul, Turkey. Flight tickets are not available online, however, and must be purchased from a registered tour operator. Attempting to enter via Armenia would be ill-advised.

Culture6 Places Where You Can Be in Two Countries at Once
Tagged
Travel
What did you think of this story?
Meh
Good
Awesome