Let’s be honest, the healthiness of a country isn’t a major deciding factor when most of us make our travel plans. We are more likely to be concerned with a destination’s climate, scenery, food, and attractions than its frequency of high blood pressure. It’s ironic, therefore, that in our lives at home, health and wellbeing are two, if not the top two, of our priorities. More and more of us are hitting the gym, drinking green smoothies, and cutting down on unhealthy habits like smoking. And it’s not just our physical health we’re concerned with; yoga, meditation, and mindfulness are also increasing in popularity. As this trend continues, it makes sense to look to some of the world’s healthiest countries for some tips on health and wellbeing. Here are some of the countries where a combination of exercise, healthy diets, and lifestyle choices are just some of the factors that make them the healthiest countries in the world. 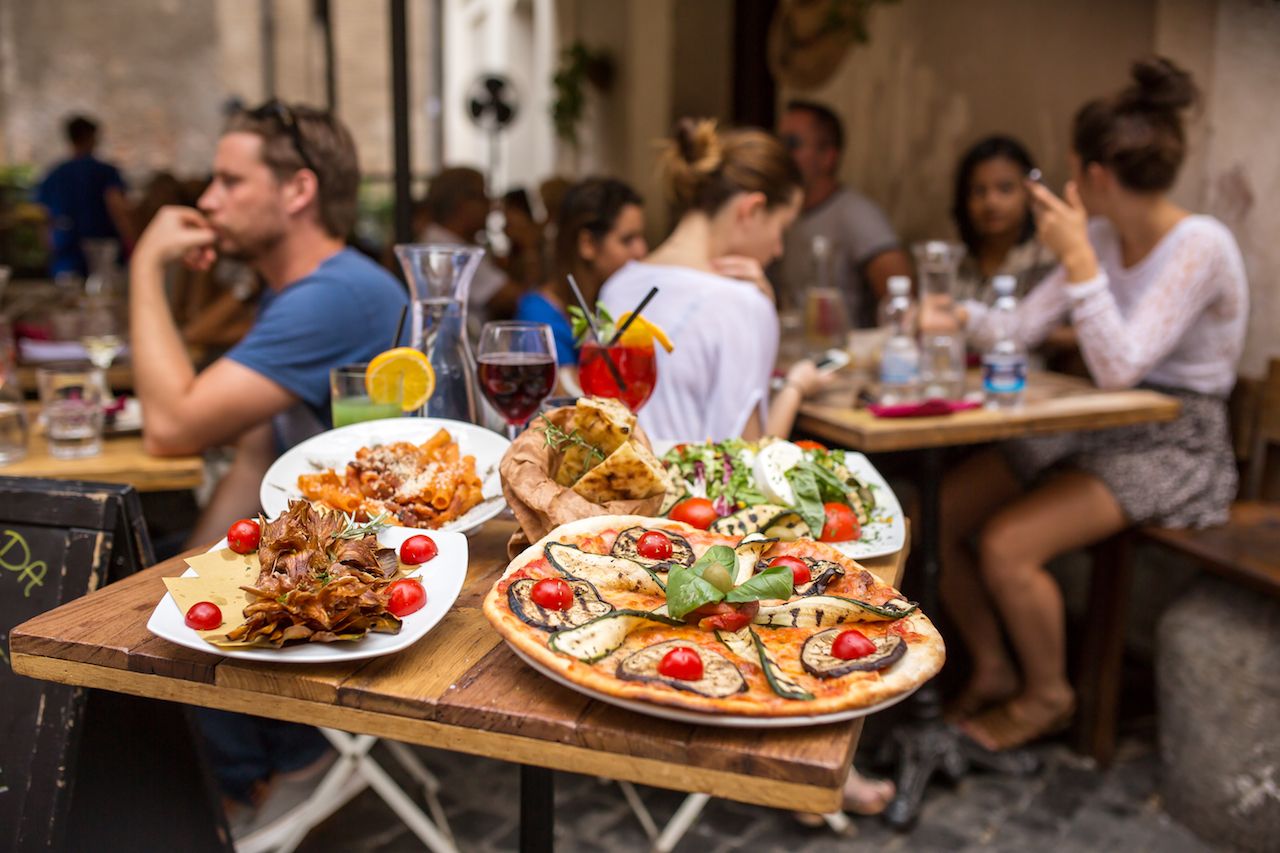 Italy might be famous for pizza, pasta, and gelato, but the country still has one of the lowest obesity rates in Europe. One reason for this is Italians’ Mediterranean diet, famously one of the healthiest in the world. Studies have shown that a Mediterranean diet can improve heart health, as well as reducing the risk of certain cancers, Alzheimers and Parkinson’s disease.

To do as the Italians do, make mealtimes at home a social, shared experience. Where possible, use local, seasonal ingredients and practice moderation; eating organic, free-range roast chicken once a week is better than eating chicken nuggets every day. Just don’t forget to indulge occasionally, whether it’s with a glass of red wine or a slice of homemade tiramisu. 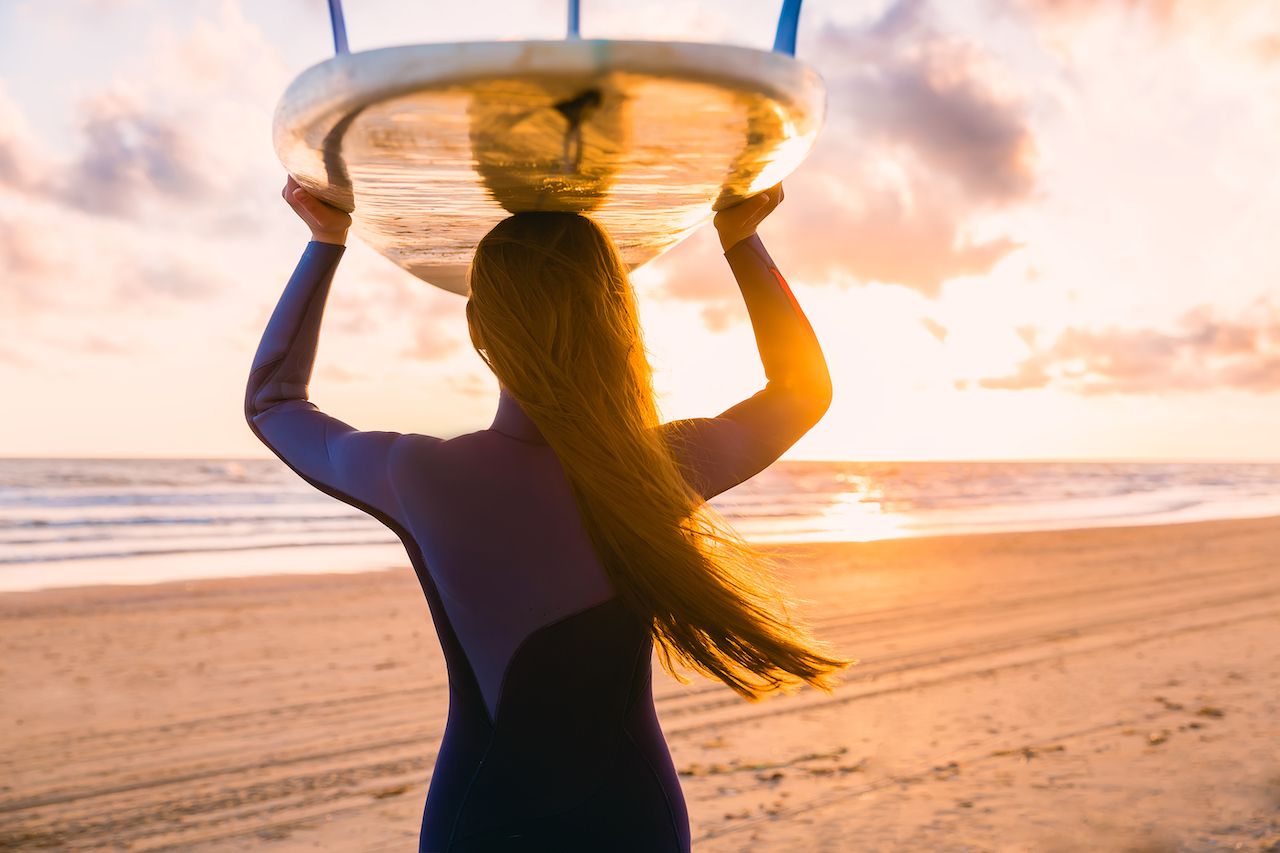 There’s a lot more to health and wellbeing in Australia than avocados on toast. With sunshine pretty much all year round, fresh produce ranging from almonds and honey to mangoes and watermelons, and countless square miles of outdoors to enjoy, it’s easy to see why Australians are leaders in the global wellness industry.

Fortunately, you don’t need to relocate Down Under to reap the health benefits of the Aussie lifestyle. Spending plenty of time outdoors (even if it isn’t in glorious sunshine); cooking healthy, homemade meals from scratch; and exercising regularly are all easy places to start.

You could even take up F45, a high-intensity workout class invented in Sydney, involving 45 minutes of circuit-training based exercises. There are currently approximately 1300 F45 studios in 33 countries and more planned, although if that sounds like too much work, there’s always “avo toast” to fall back on. 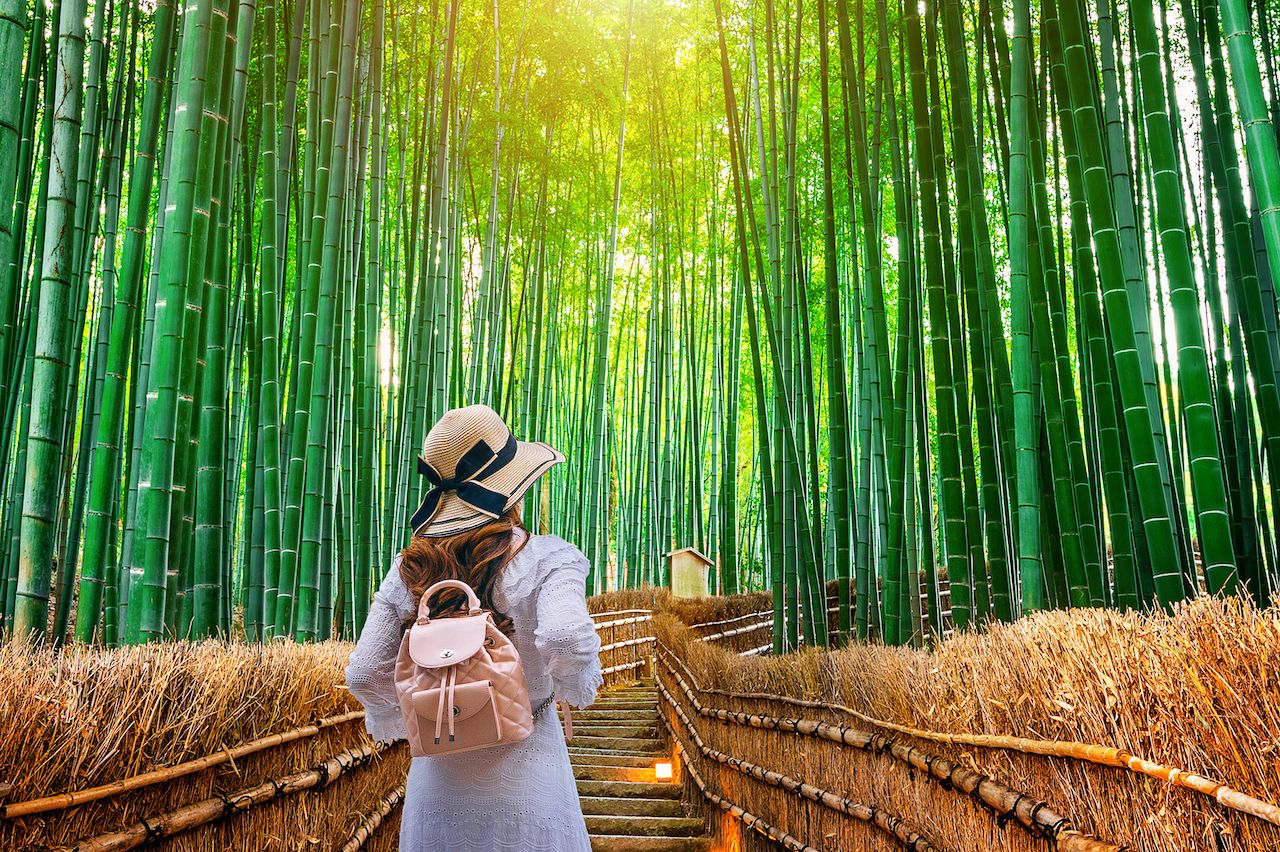 At 85.77 years, Japan has one of the highest life expectancies in the world. This is partly due to nutrition. As an island nation, the average diet in Japan is rich in fish, which has been proven to lower the risk of death from heart disease by 36 percent. Seaweed is also a common ingredient in Japanese cuisine and is high in protein and potassium.

Yet diet isn’t the only factor contributing to Japan’s long life expectancy. The Japanese also know how to relax, and common pastimes such as karaoke, forest-bathing, and bathing at onsens (traditional Japanese baths) have been shown to improve heart health, boost brain function, and reduce blood pressure respectively.

Naturally, some of these are easier to do in Japan than at home; few of us have access to a proper Japanese onsen, for example. But the art of forest-bathing, or shinrin-yoku, is accessible to everyone: All you need to do is find an area of natural beauty — a park or even a garden will do — slow down, take your time, and appreciate the peace and beauty of nature around you. 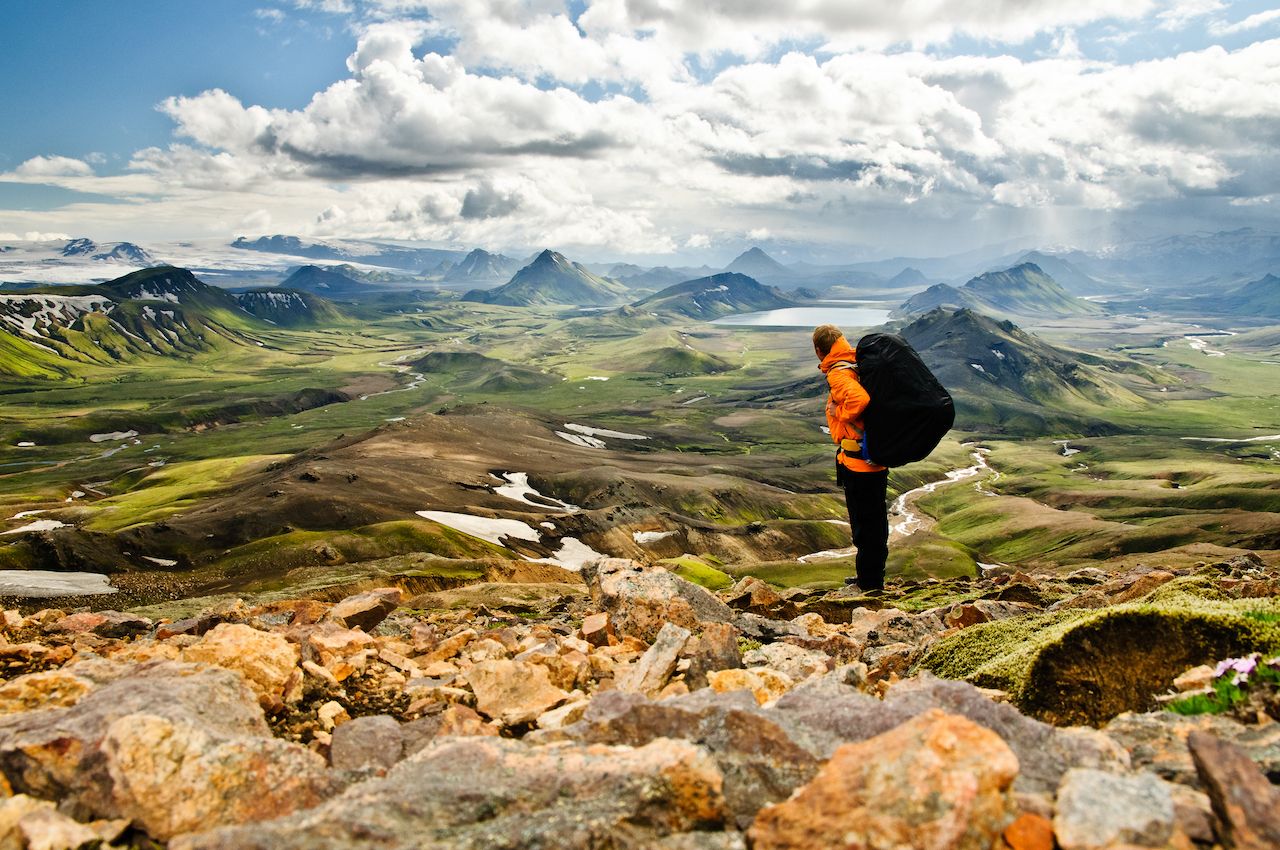 There may only be around five hours of daylight during the Icelandic winter, but Icelanders use this to their benefit. Icelanders exercise more than any other Europeans, frequently hitting the gym to avoid the winter blues and making the most of the 21-hour days in summer by getting outdoors as much as possible, even if it means taking part in the Suzuki Midnight Sun Run.

Yet while exercise plays a big role Icelanders’ healthy lifestyles, there are other contributing factors, too. To start with, due to its small population of just 340,000, Iceland has one of the world’s lowest pollution rates. That small population eats a diet high in fish, fermented products, and skyr, a dairy product similar to yogurt that’s low in fat and high in protein and calcium.

The size of Iceland’s population has also resulted in unique social bonds. Close-knit communities trust and look out for one another, and this concern for all members of the population can be seen on a national scale. Iceland has been ranked the best country in the world for gender equality for seven years running, reducing gender-inequality-related stresses for women. 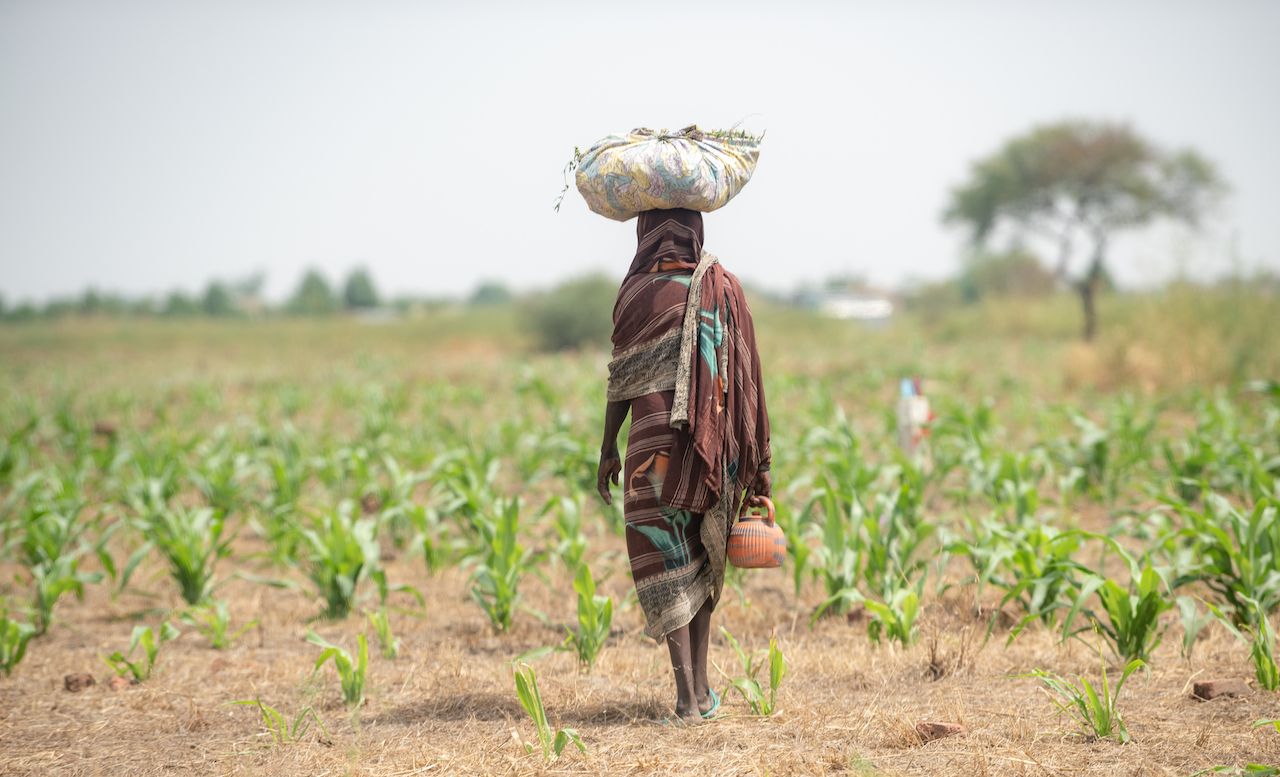 At just 49.81 years, Chad has the lowest life expectancy in the world, making it an unlikely contender for one of the world’s “healthiest” countries. Yet this statistic is largely due to Chad’s status as a low-income country with poor healthcare, high infant mortality, and unsanitary drinking water.

However, just because a country is statistically unhealthy, that doesn’t mean it can’t teach us a thing or two about health: Chad boasts the healthiest diet in the world. Its population’s lack of resources means that few people can afford junk, or processed food, relying instead on clean, unprocessed, natural, plant-based food, including fresh fruits and vegetables, nuts, wholegrain cereals, and meat when it’s available.

In comparison, although the consumption of healthy food has increased in other nations, the consumption of sugary drinks, packaged, processed, and junk foods has rocketed. Consequently, obesity has doubled in more than 70 countries since 1980. Admittedly, the solution probably isn’t to jump on a plane to Chad, but there’s certainly a lesson people can learn from countries where fast, sugary, processed foods aren’t as readily available.

WellnessThese Are the Happiest Countries on Earth, According To Science.
Tagged
Wellness
What did you think of this story?
Meh
Good
Awesome