If the state of the world we live in has you about ready to hit the road and travel elsewhere in the solar system, we don’t blame you. Unfortunately, although we’re getting closer to being able to book vacations to space, we’re not there just yet (at least, not affordably). But while you wait, you can plan a trip to places on Planet Earth that are so wild, remote, and unoccupied that they resemble outer space, so you can at least pretend to be exploring the rest of our galaxy on your next getaway. 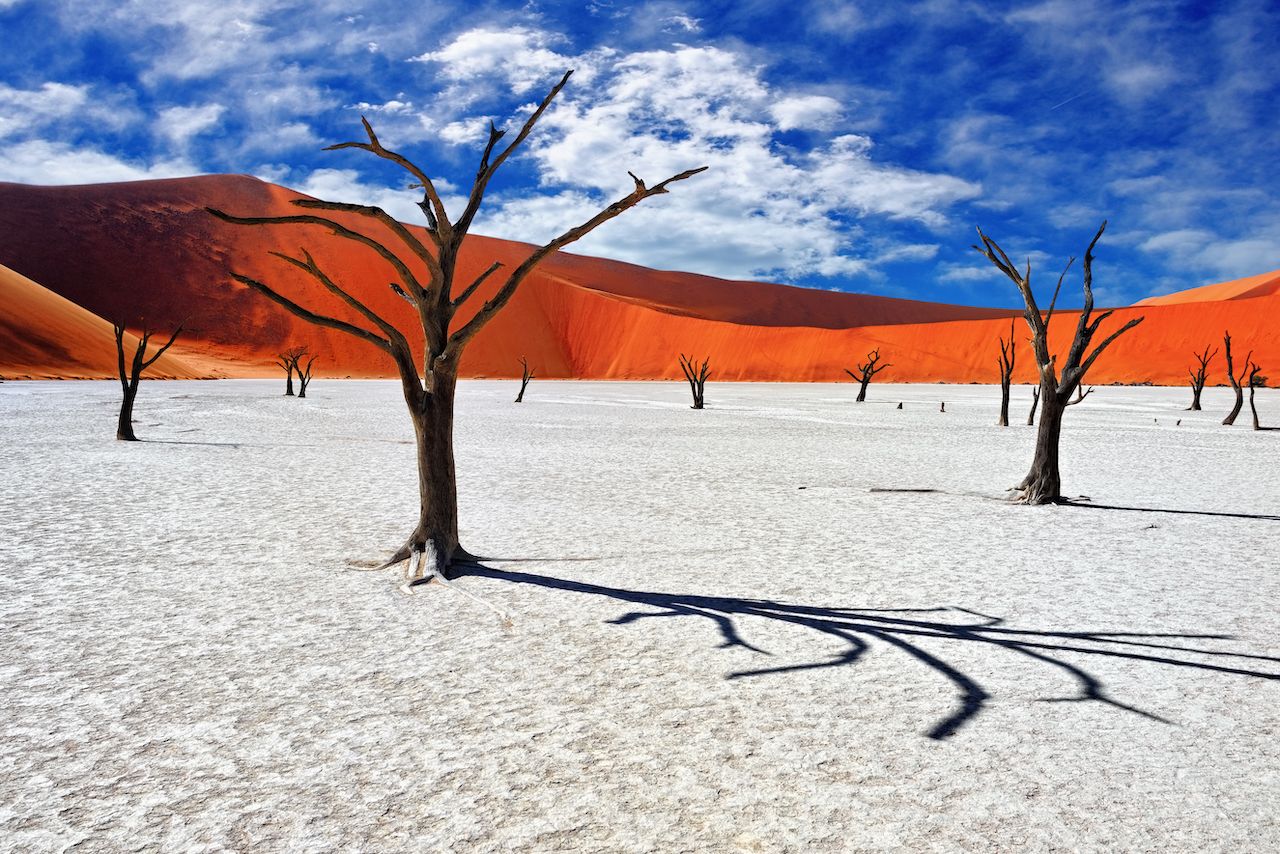 The eerie vibe of Deadvlei, Namibia, is unlike anywhere else in the world. The area is populated by a stark palate of colors: white clay ground, petrified black camel thorn trees, red sand dunes surrounding the area, and a bright blue sky overhead. Deadvlei translates from Afrikaans as “dead marsh,” and the area indeed shows no signs of life. In fact, the sun-scorched trees themselves are believed to have died 600 to 700 years ago, but they don’t decompose due to the intense dryness of the area.

Since Deadvlei is located inside Namib-Naukluft Park, near the more well known salt pan of Sossusvlei, visitors can stop by, but the area requires at least a half-mile trek, so pack water for the hot walk to the trees. 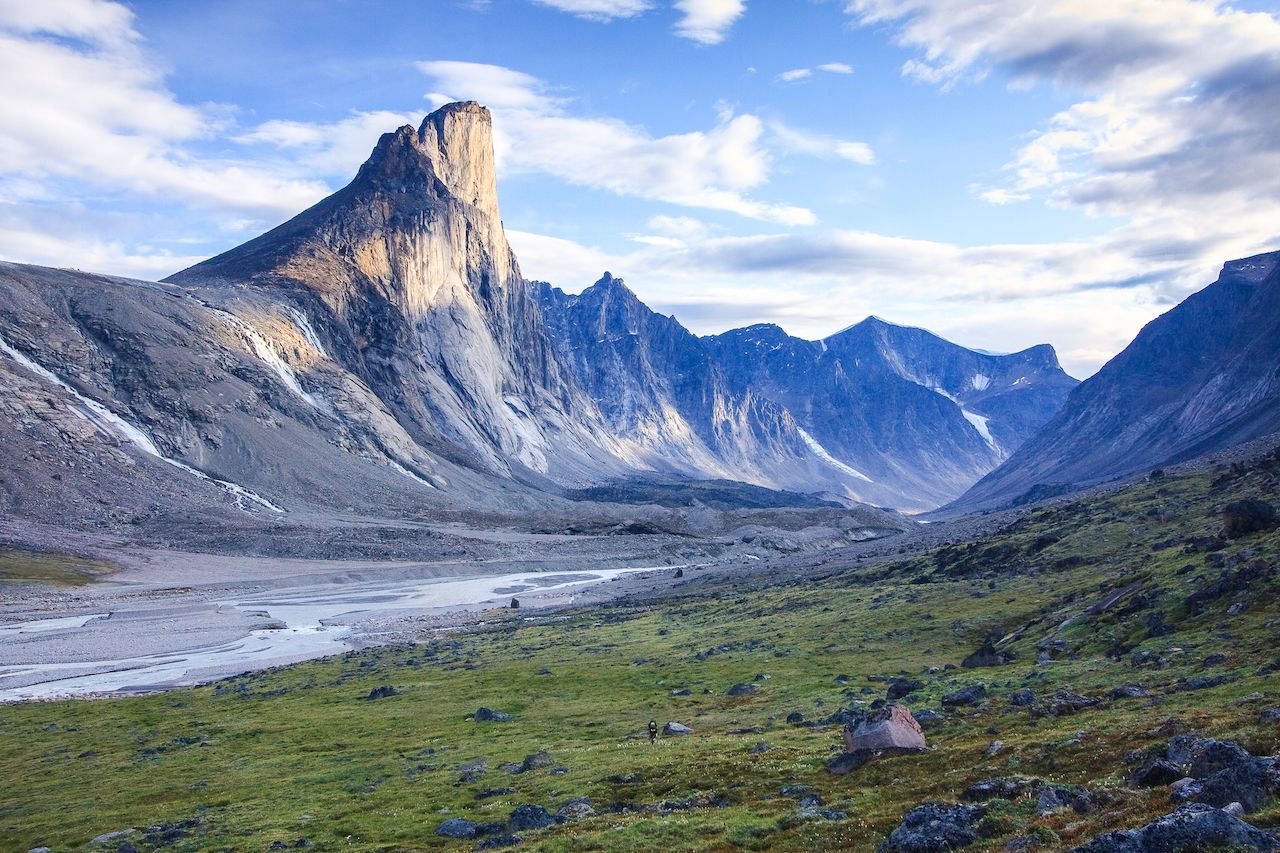 Baffin is an island in the high arctic territory of Nunavut in Canada that sidles alongside Greenland. The remote, mountainous landscape resembles the stark scenes on other planets. And it’s about as populated as other planets in our galaxy: Despite its 381,584 square miles, its population is just 62 people spread out among 21 private dwellings, according to the 2016 census.

Far away and isolated, Quttinirpaaq National Park on Baffin isn’t a place for the average traveler. You can visit the park on your own, but it’s only accessible by charter plane from Resolute Bay. Visiting is exclusively for those into glaciers, arctic expeditions, or polar bears. Only experienced trekkers should attempt to visit without being part of a tour. 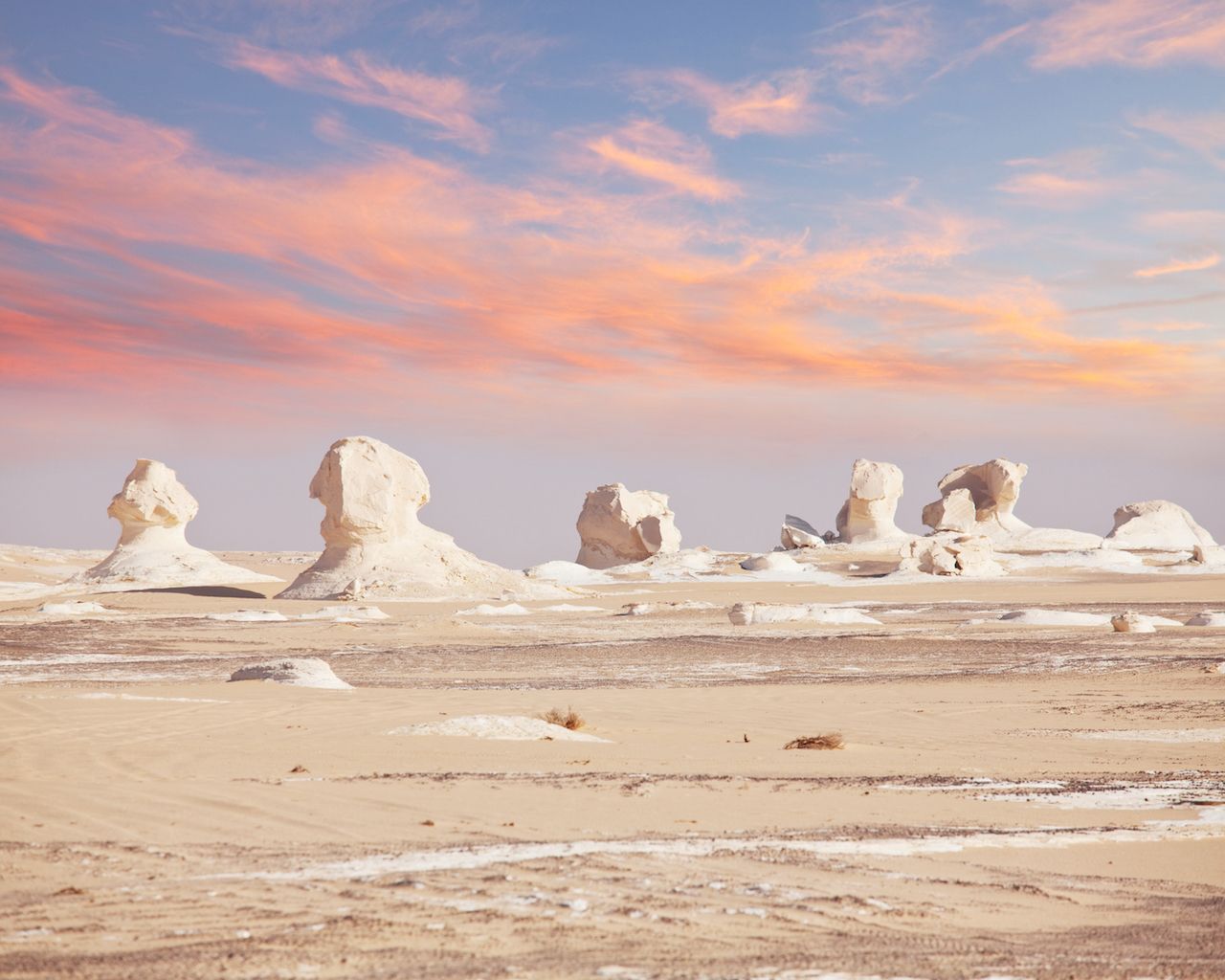 The bright white rocks of Egypt’s White Desert, the only visual elements of the area’s massive expanse of nothingness, come together with the stark, monochromatic landscape to give off distinct otherworldly vibes. The chalk rock formations come in various shades of white, and only white, making for a lunar setting unlike anywhere else — save for the actual moon. The White Desert is located in the Farafra depression, and visitors can head there on a tour, but it’s in a pretty remote location, hours from the nearest cities, so don’t venture out there unprepared. 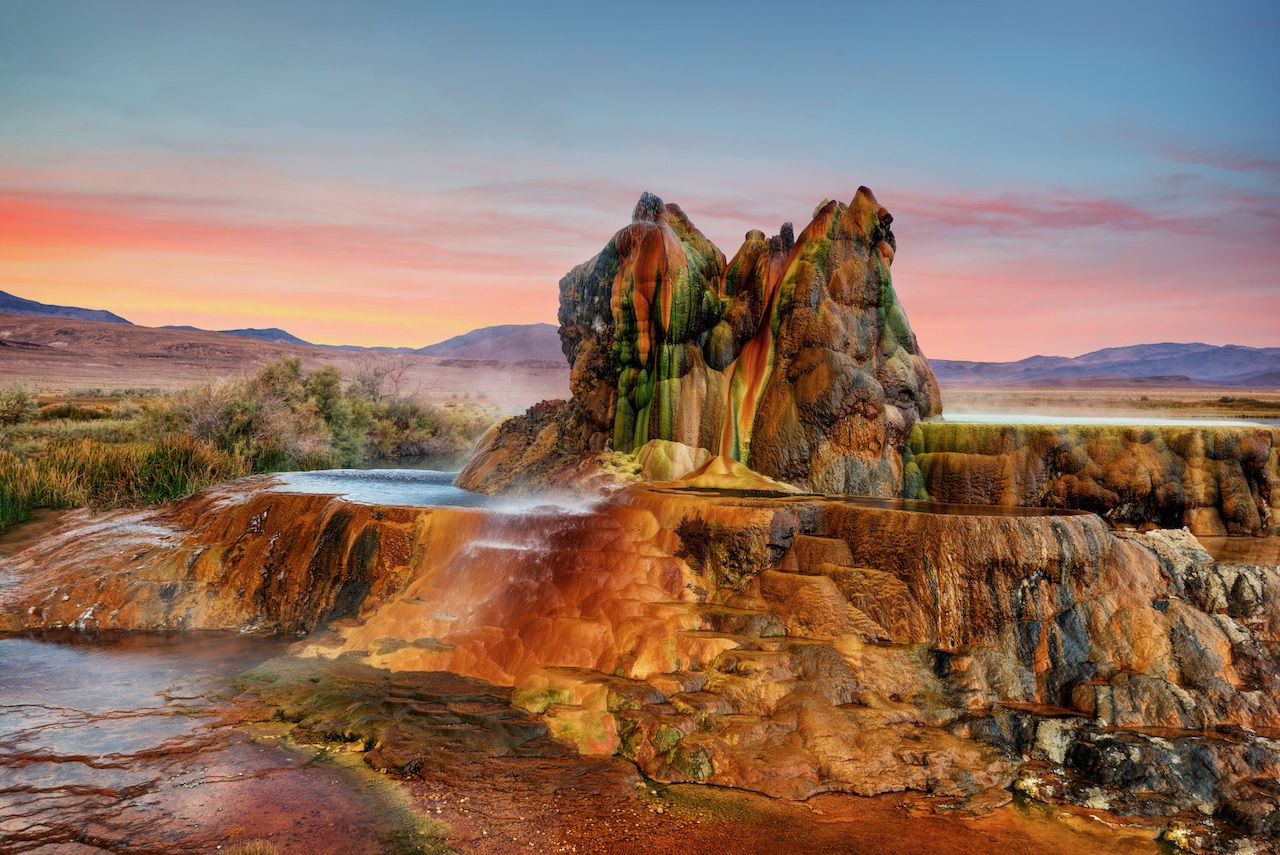 Fly Geyser in Nevada’s Black Rock Desert definitely doesn’t look like anything you’ve seen before on Earth. A bizarre multi-colored structure, the Fly Geyser actually came into being entirely by accident: a failed well drilling project resulted in minerals creating the cones and pools you see today. The creepy green and red hues are due to algae growth.

Hopeful visitors can book a tour — in 2016, Burning Man Project purchased the land where Fly Geyser sits, and opened it to the public for guided nature walks by the Friends of Black Rock-High Rock. 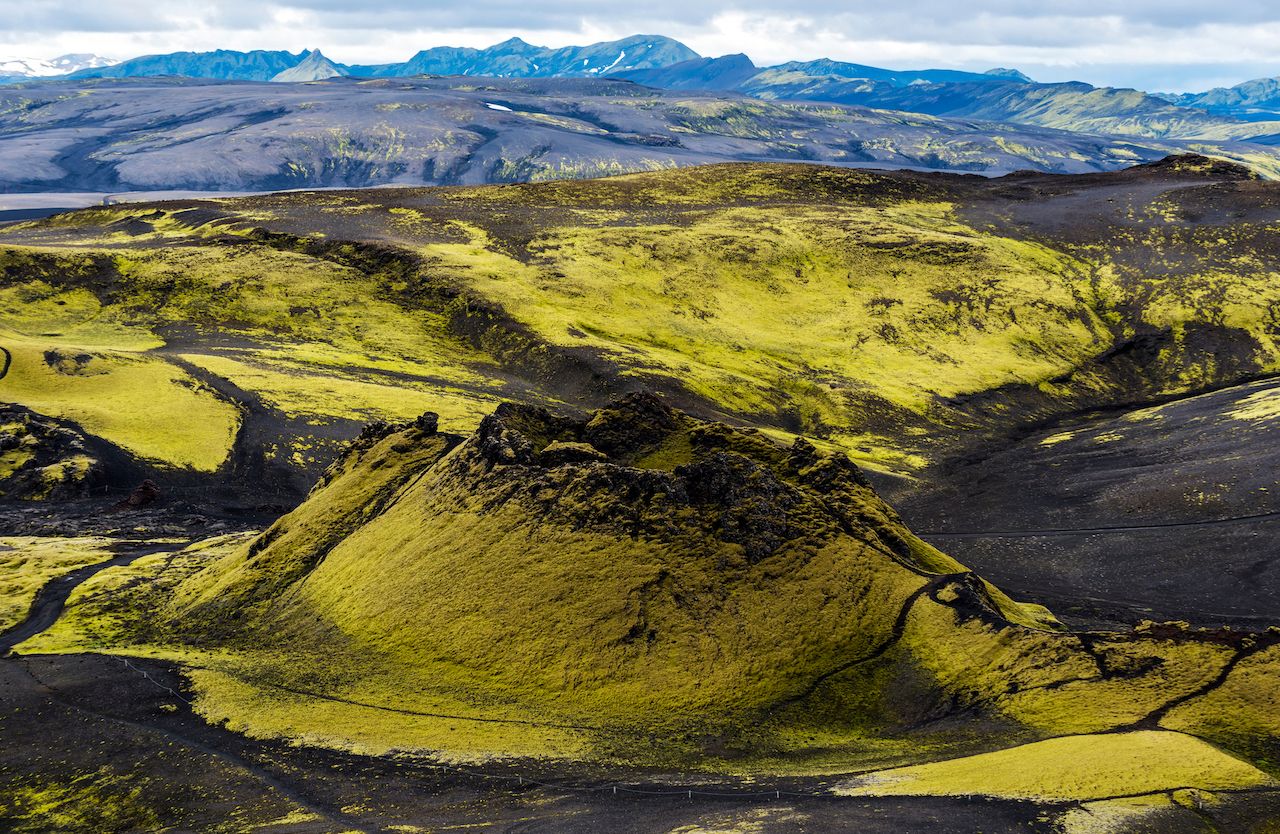 A step into Iceland’s Highlands region is an otherworldly experience, and no place is a better example of that than the black and green volcanic landscape of the Lakagigar craters. The series of striking geological formations resulted from an eruption in the 18th century. Some areas of the untouched landscape resemble the photos we have from Mars — and in fact, scientists use the Highlands region as a testing ground to better understand the geography of Mars for landing spacecrafts.

Visiting is an undertaking: You’ll need to know where you’re going and have a 4×4 vehicle to access the area. 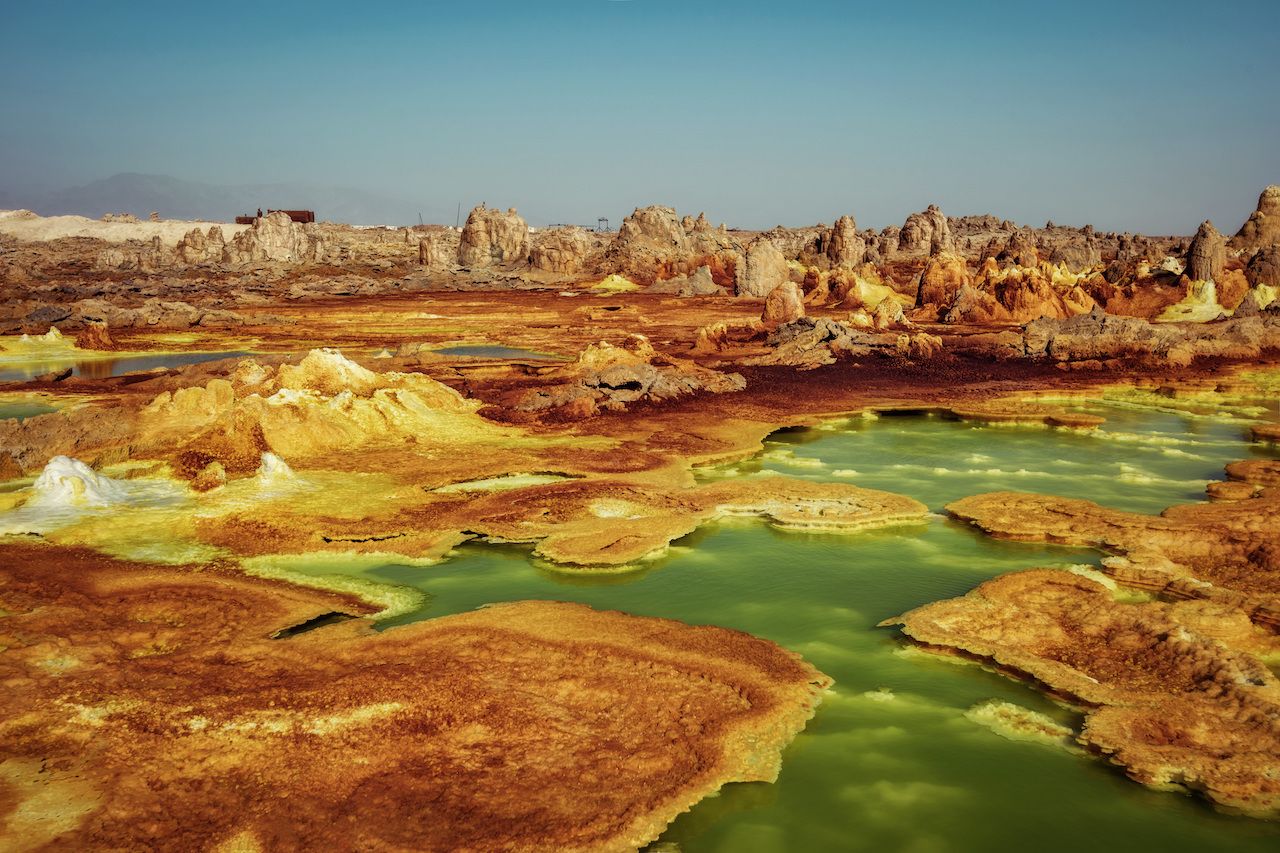 Ethiopia’s Danakil Depression, in the Horn of Africa, formed as a result of Africa and Asia splitting apart over the ages of the earth. It sits at the junction of three tectonic plates, so it has seen its fair share of volcanic activity and geological changes. However, it’s the glowing, alien-like colors of the strange terrain that make it seem as if it’s located on another planet. It’s also one of the hottest places on Earth, so visiting does indeed feel like heading to a planetary neighbor that’s inhospitable toward human life. Interestingly enough, the famous fossil Lucy was found in this area, earning it the nickname the cradle of humanity. Visitors can check out the Danakil Depression on a tour with a guide. 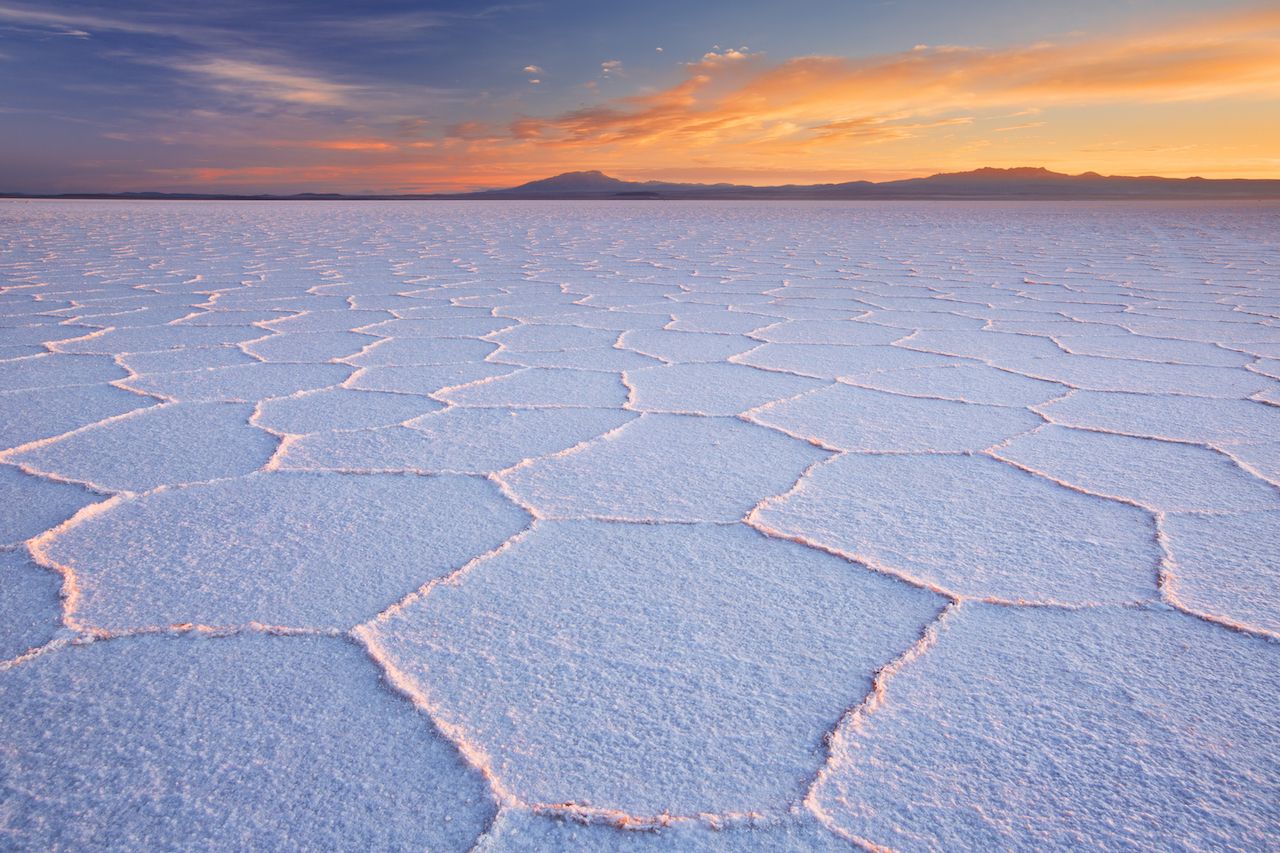 Visiting the remote Uyuni salt flats in Bolivia — the largest in the world — is a bit like stepping into another world. A white expanse of salt expands out in all directions, as far as the eye can see. However, if you’re lucky, you might spot a pink flamingo in the otherwise barren landscape.

The nearby town of Uyuni — located a casual 11,995 feet above sea level — is a popular place to start for day tours or multi-day trips to the salt flats, though you can also set out from the town of Tupiza further south. 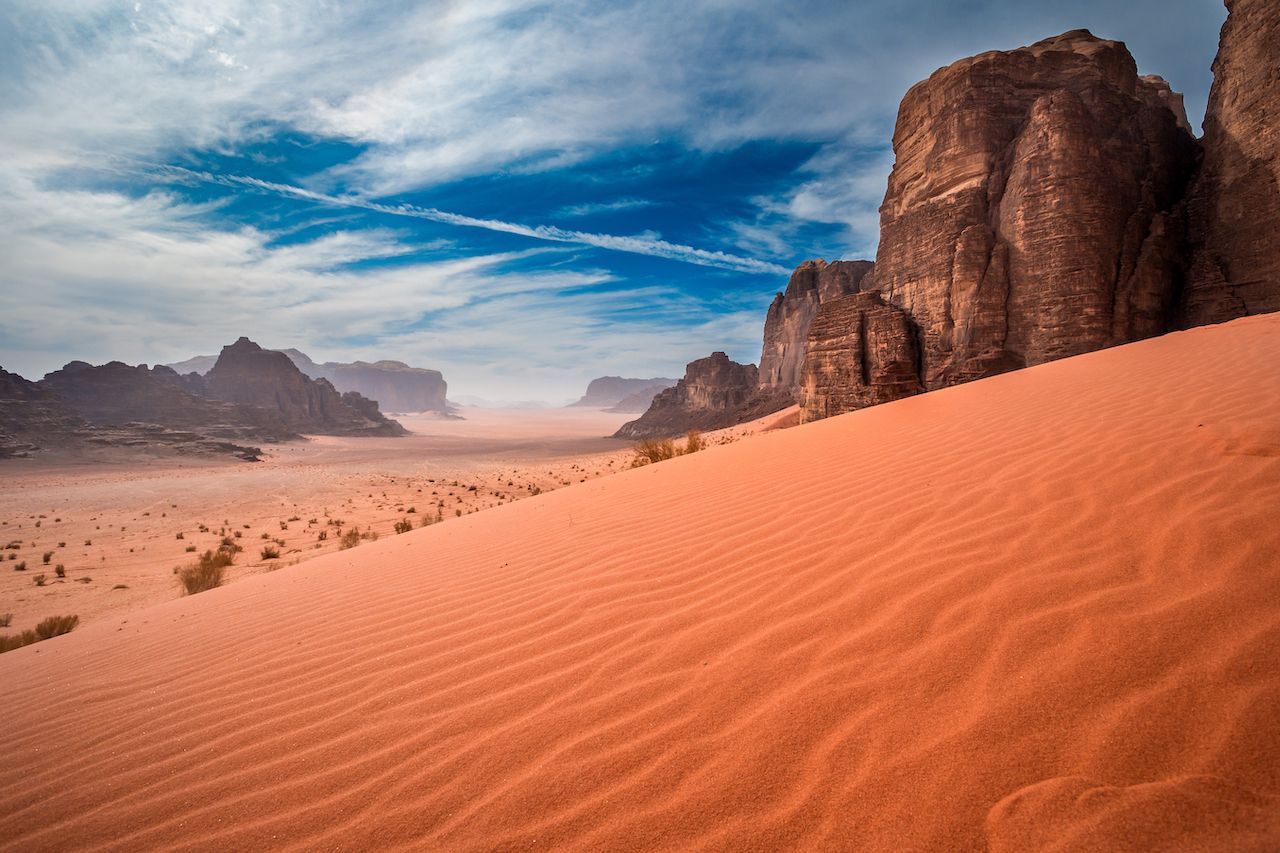 Put a photo of Mars next to a photo of Wadi Rum in Jordan and most people would have a hard time telling which is which. Nicknamed Valley of the Moon, Wadi Rum is a rocky red valley that has served as a filming location for a wide variety of movies, especially science fiction flicks that need to depict scenes on Mars — think Red Planet, Prometheus, The Martian, and even a couple of movies from Star Wars franchise. The dry valley is located in southern Jordan and is cut from sandstone and granite rock.

The Zalabia Bedouin inhabit Wadi Rum and have formed it into an ecotourism attraction; visitors can come to rock climb, take a camel or horse safari, hike, or even camp under the stars (or in luxury “desert bubbles”). 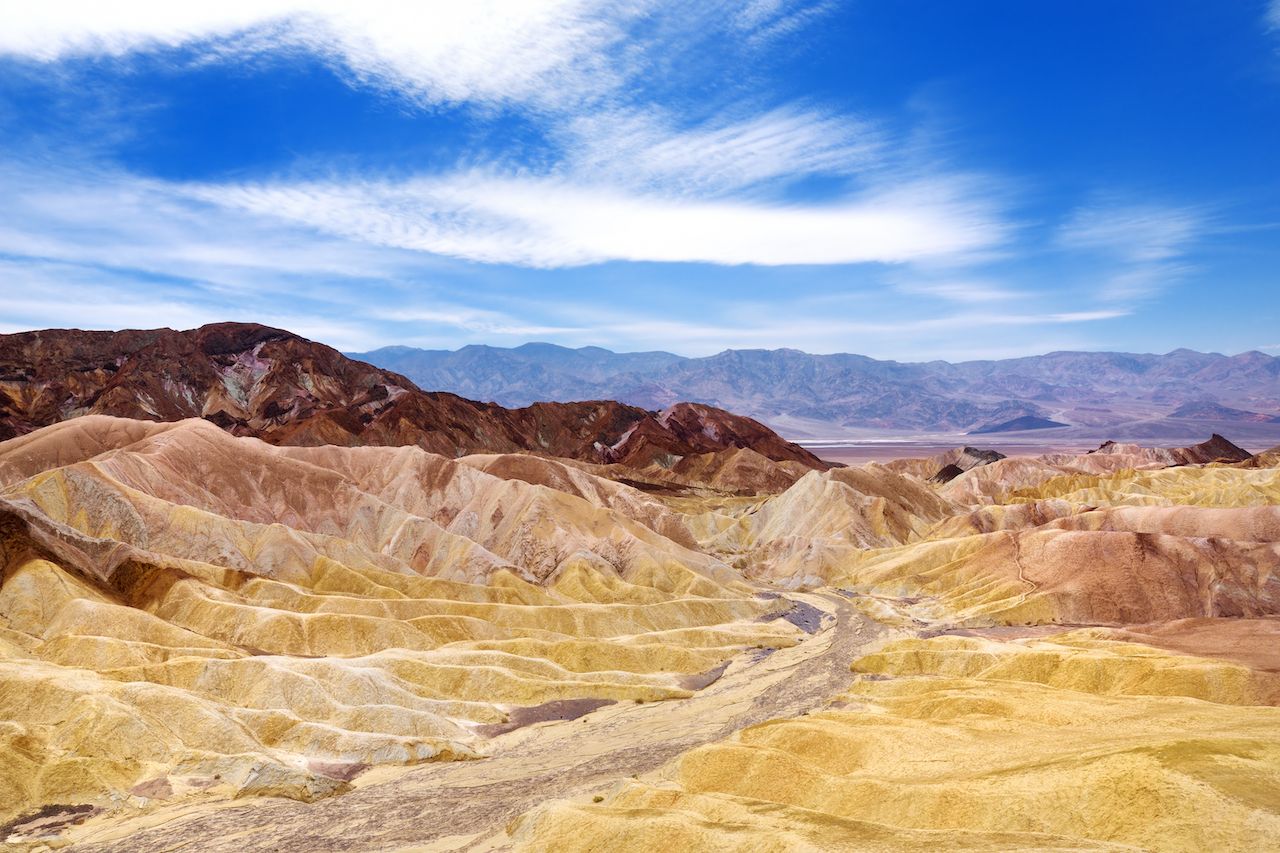 A massive desert valley in eastern California, bordered by the Mojave Desert and the Great Basin Desert, Death Valley is one of the hottest places on Earth — perfect for those wanting to feel like they need to escape to another planet, one that’s uninhabitable.

The valley’s occasional dramatic wildflower blooms are what often make headlines, but this desert is worth a visit even when all the blossoms have withered. From hot springs to scenic lookouts to camps, there are various attractions across the 3,000-square-mile desert for visitors to check out.