The definition of “museum” has remained relatively stable over the years. The concept originated more than 2,500 years ago in Babylon, when wealthy individuals displayed their private collections of art and artifacts in special galleries. Even in 500 BCE, humans were eager to immerse themselves in a past and culture they wanted to understand. Since then, museums have largely continued to be sanctuaries of human curiosity (though for much of recent history they’ve also been the home of artifacts stolen through colonialism). Any true sense of sentimentality and elevation, however, ended with pop-up museums.

You might not have visited a pop-up museum yourself, but you’ve probably seen them flash across your Instagram feed. The Wonderland-esque aesthetic and impossibly vibrant reds and yellows look like a life-sized version of Candyland met the beginning of a Wes Anderson movie. The museums are designed to be undeniably eye-catching. Arguably, they’re designed for little else.

Pop-up museums are “museums” that operate for a limited time with highly specific gimmicks. The word “museum” is used lightly, as these are more like pop-up photo experiences than anything else. Think like the Museum of Ice Cream or the Rosé Mansion, the latter of which describes itself as “a wine bar, an Insta-worthy amusement park, and a science museum.” These often have Instagram marketing campaigns and spots where people are encouraged to take selfies they can post online with the appropriate hashtags. Some, like the Museum of Selfies in Hollywood, are commendably transparent and self-aware in the pursuit of viral notoriety.

I enjoy mindless family excursions as much as anyone else, but pop-up museums are more than just benign diversions — they’re a symbol of the growing culture around “main character syndrome” where people think of themselves as the main character in their own movie. Now that’s metastasizing from social media to our cultural and intellectual institutions.

Let’s not get ahead of ourselves: pop-up museums can be harmless fun

Don’t get the wrong idea. The decline and fall of humanity might be right around the corner, but pop-up museums and selfies won’t be the culprit. We should really view these places the same way we view Chuck-E-Cheese, and we certainly don’t hold Chuck-E-Cheese to any high-minded intellectual standards. With a bright aesthetic and cheesily fun offerings, pop-up museums are great for families looking to entertain their young kids and teens on a rainy day. At first glance, you’d even think they were built specifically for kids aged three through 12. 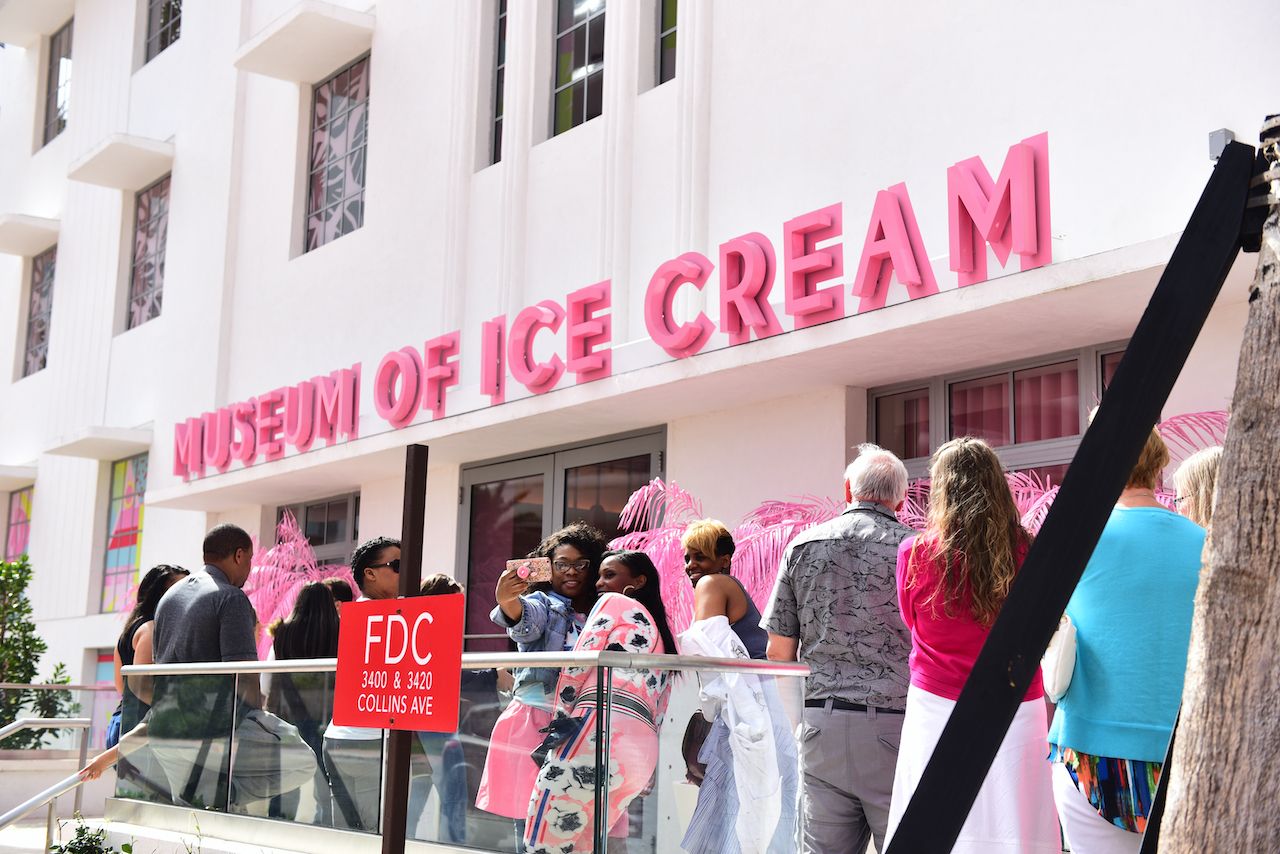 The problem here is that pop-up museums aren’t designed for children. They’re designed for adults by marketing experts who understand that, as a society, our interests are becoming increasingly childlike.

The “me” culture without a whole lot of culture

The reason childhood is such a fond era of our lives is because it’s truly all about “me.” In a happy childhood, the universe revolves around us. It can feel like everyone looks at us and everyone listens to us. We have short attention spans, and fascination with bright colors and activities that offer instant gratification. Sound familiar?

Social media, whichever platform you prefer, is a tiny dose of the joys and attention we sought in childhood. As a highly efficient vehicle for vanity and self-aggrandizement, social media has been the primary catalyst of “me” culture. It keeps us rooted in the childlike idea that life is about attention, validation, and positive affirmation. Pop-up museums are an extension of this.

Pop-up museums are a “me” experience. Hiding behind the colorful gimmicks are number-crunchers hoping visits translate into social media posts, and that those posts translate into revenue and free advertising. Pop-up museums use the egos of their guests as a springboard for success, and you have to hand it to the designers and marketing pros: It’s a pretty safe bet.

Consider the Color Factory, currently located in New York City and Houston. The museum is designed almost exclusively to tempt your hand into your pocket, where it will inevitably find an iPhone as you whisper, “Damn, that’d make a really Instagrammable photo.” Its rooms are filled with swirling confetti, rainbow-hued art installations, a giant ball pit (Chuck-E-Cheese, anyone?), and in case you didn’t get the memo already, photo booths spaced throughout. The Museum of Selfies takes a similar, if less apologetic, approach. The museum features a bathtub filled with gold coins, a private jet-themed set, and a Game of Thrones-esque throne. You know, for the truly modest. And, of course, the place rents out selfie sticks.

Traditionally, museums have been about enjoying other people, their culture, and their history. Many pop-up museums make it about the person we all know best: ourselves, who we already see enough of on our own social media pages.

Our leisure time is a precious commodity that always seems to be shrinking. Between the demands of work and other obligations, we can only spare so much time for things we enjoy. Luckily (or perhaps, unluckily) we have more recreational options than ever. There are bars with gimmicks to suit every taste, operators offering an endless catalogue of experiences and guided tours, too many streaming services, and more that are all vying for our attention. Museums — real museums — are often lucky to even be on the list these days unless the institution is considered a “must stop” on travel lists and guides.

Time is short, options are endless, and our attention spans are miniscule. Pop-up museums exploit our desire for low-investment entertainment to offer museum-esque experiences without the learning or cultural value. They capitalize on our vanity and shrinking attention spans to tempt people away from museums with actual cultural significance. I mean, a guy who goes to the mall just to sit in Brookstone’s massage chairs has no right to tell anyone what they should or shouldn’t do in their spare time, but there’s a reason pop-up museums flit from city to city: If they overstayed their limited welcome, the short attention span of their target audience would work against them.

They contribute to the anti-intellectualization of culture

Comparing pop-up museums to the Guggenheim is like comparing frozen pizza to Brooklyn style. No, pop-up museums aren’t “real” museums. The ancient Babylonians wouldn’t recognize the concept of the Rosé Mansion, and there’s a good chance people even half a century ago wouldn’t put it into the “museum” category. But more important than terminology is the co-opting of culture by institutions that barely even pretend to offer anything of value. 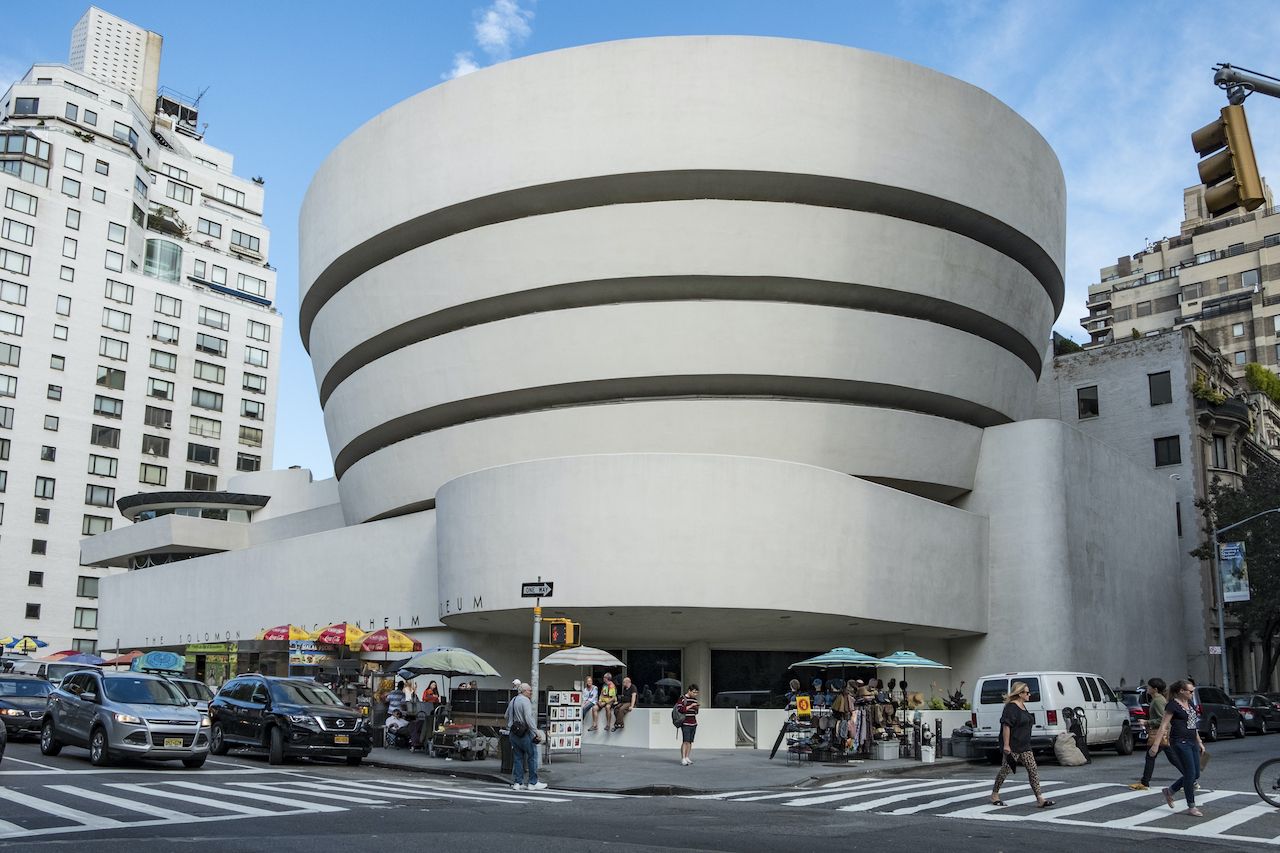 In an ideal world, we would have a clear delineation between experiences that provide cultural, artistic, and historical value, and those that merely offer mindless entertainment. There’s absolutely nothing wrong with mindless entertainment — I’d even argue it’s essential for a balanced lifestyle. The problem is that the line is becoming increasingly blurred. Thinking of yourself as the main character is infiltrating culture like it never has before. Even influencers with moderate followings are signing deals for hundreds or thousands of dollars. OnlyFans saw a 75 percent increase in “model sign-ups” in April 2020 alone. Pop-up museums are in the same conversation as traveling art exhibitions.

If a particular pop-up museum tickles your fancy, by all means go. I wouldn’t rule out a trip to the Museum of Ice Cream myself. But when there’s little distinction between real culture and “me” culture, it hints at a broader societal problem. We already live in an era of rampant anti-intellectualism. It’s most evident in politics, but also in the social dynamics of communities around the country: being interested in history, literature, art — you know, stuff you find in museums — gets you labeled an “out of touch” elitist. It’s becoming more common to forego museums while traveling in favor of trendier, more Instagrammable experiences.

Pop-up museums won’t bankrupt real museums anytime soon, and they’re not single-handedly facilitating the downfall of society. But as long as our attention spans keep shrinking and the heavily filtered devils on our shoulders keep whispering “take a selfie” in our ears, we should at least be honest with ourselves. These experiences aren’t museums. They’re a symptom of “me” culture in a world that should really be more about “us.”

Art + ArchitectureThe Best Museums To Visit Virtually From Your Sofa, and What To Look At
Tagged
Museums
What did you think of this story?
Meh
Good
Awesome