Milan is synonymous with Italian fashion and design. Its Fashion Week is on any style aficionado’s calendar, its Galleria Vittorio Emanuele II is the oldest shopping arcade in Italy, and its designer shops are revered as historic monuments. But Milan offers far more than spending opportunities. It’s home to one of the most iconic artworks in the world, its signature dish is flavored with gold, and its bars hark back to the glamorous 1940s. Here are nine reasons to visit Milan if your budget doesn’t stretch to souvenirs from the original Prada store.

You won’t wait in line at the Pinacoteca di Brera. 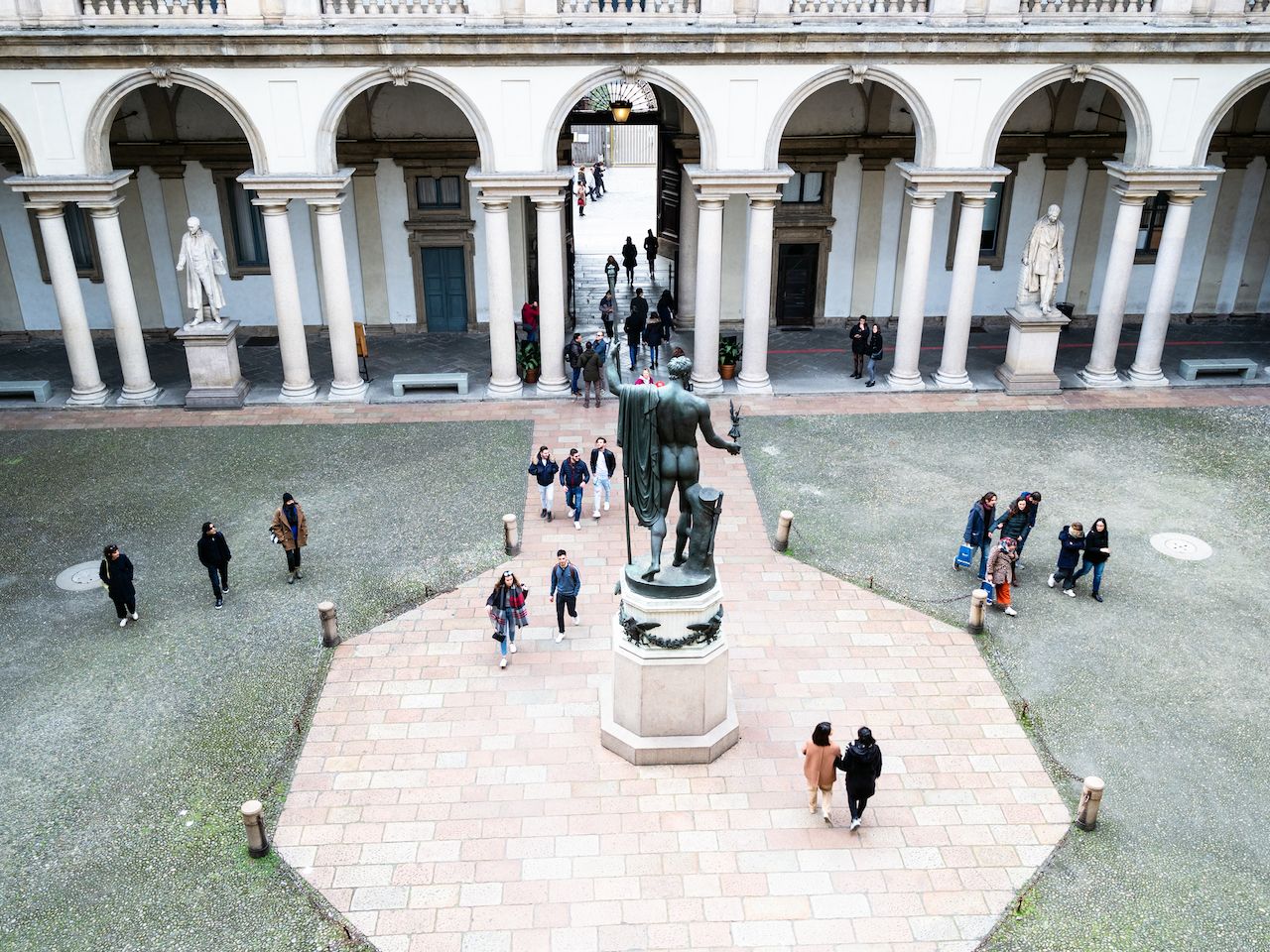 Anyone who has waited in the queue for the Uffizi gallery in Florence will know the price you have to pay to see great art. But in Milan, you can sail straight into the Pinacoteca di Brera and see a magnificent collection without the wait. This gallery houses the extraordinary Lamentation of Christ by Andrea Mantegna, famous for the positioning Christ lying flat, feet facing the viewer and body dramatically foreshortened. You can also see the popular Francesco Hayez painting The Kiss, both from inside the gallery room itself and while seated at the bar in the Brera’s new Caffé Fernanda. Make sure you finish your visit with an espresso in this retro bar with a distinctly ‘50s Italian aesthetic.

Milan has one of the most famous artworks in the world. 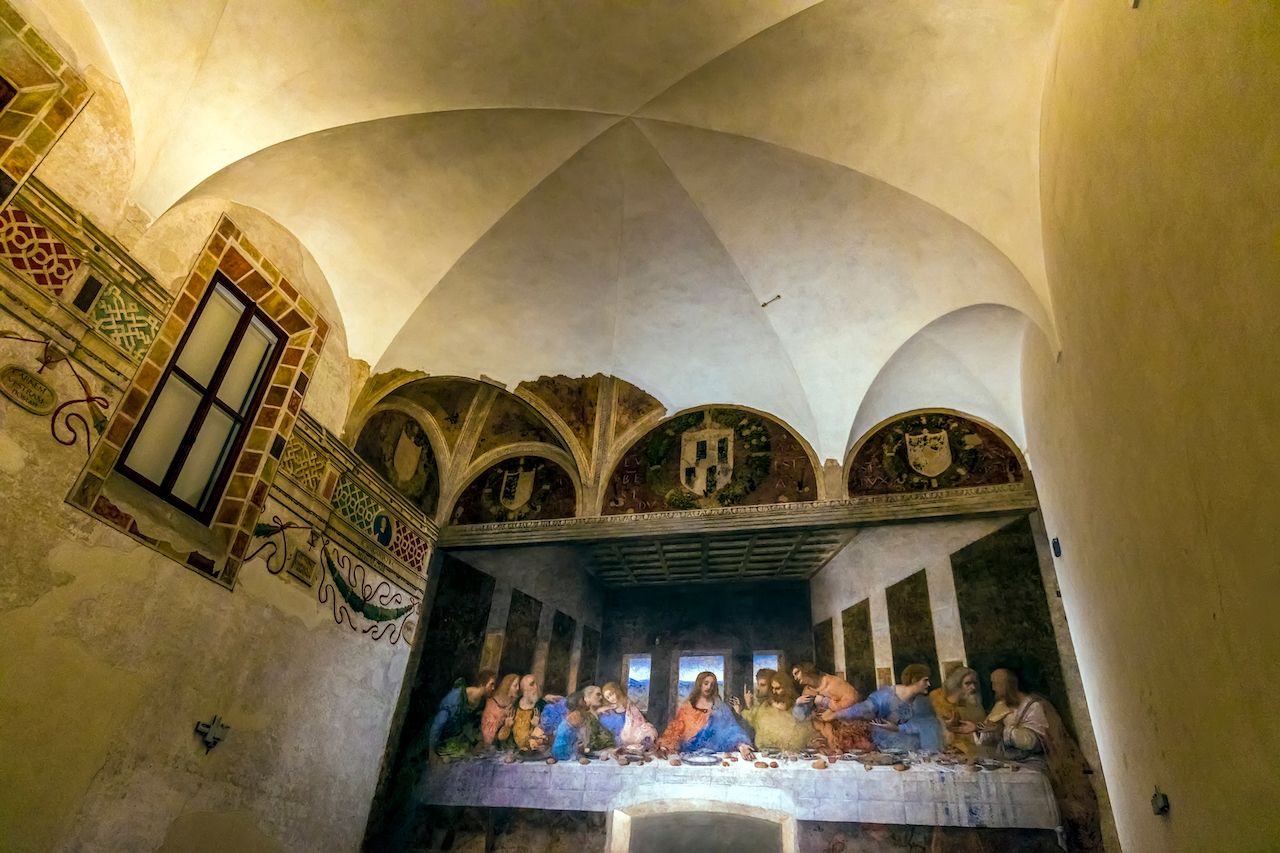 The Louvre may have Leonardo’s Mona Lisa, but Milan has his Last Supper. This iconic fresco by the Renaissance master is housed in the Refectory of the Convent of Santa Maria delle Grazie. The fresco depicts the moment Christ tells the Apostles that one of them will betray him and the emotional reactions of each. Despite the fresco’s deterioration and heavy restorations obscuring much of the hand of the original artist, Leonardo’s depictions of human emotions and the layers of meaning he embedded in the artwork can still be appreciated. Remember to book well in advance as only 30 people are allowed in at a time.

The signature dish is made with gold. 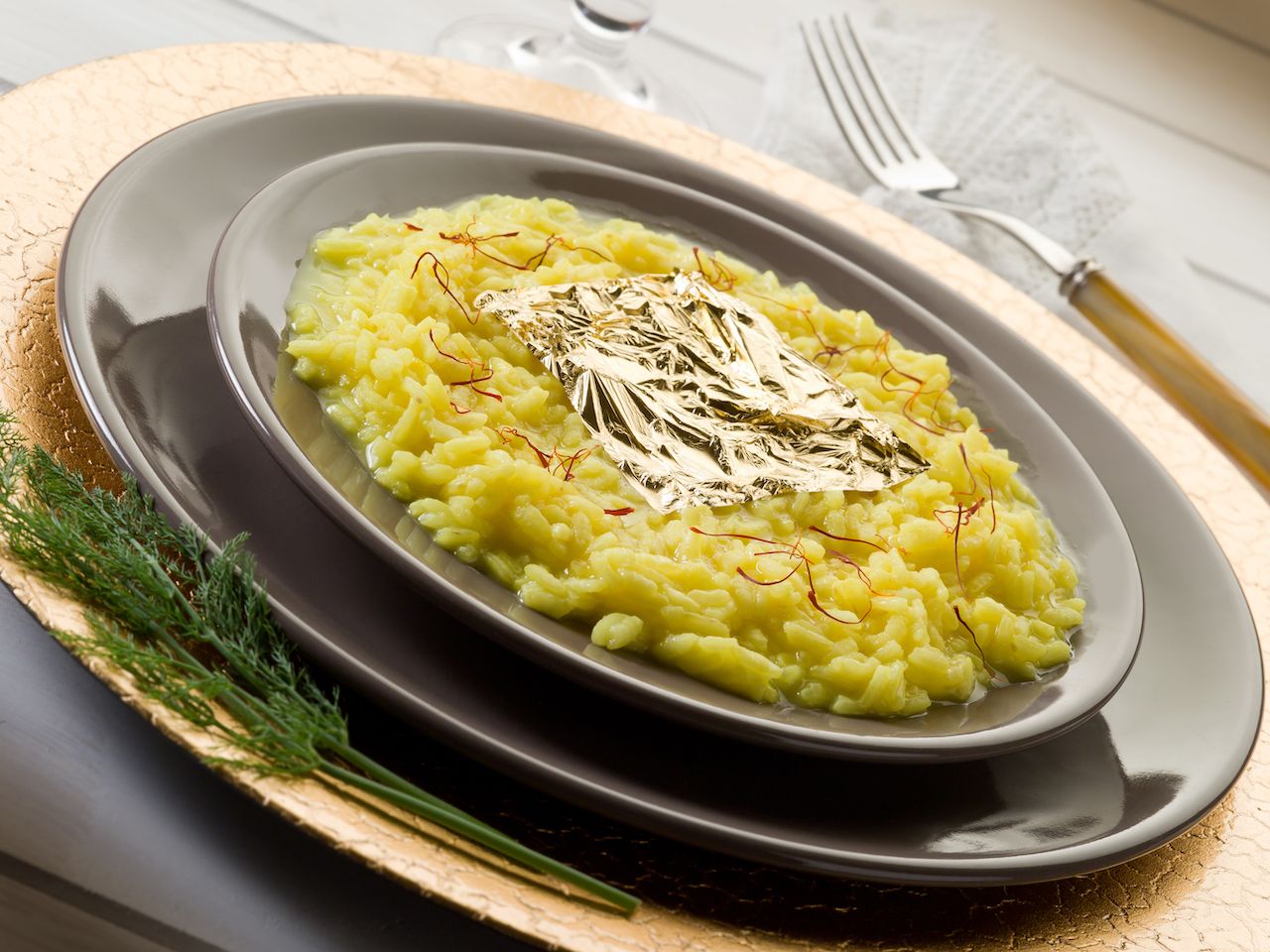 One of Milan’s traditional dishes is saffron risotto, whose origins actually lie in the saffron rice that the Arabs brought to Sicily. Trattoria Masuelli San Marco, established in 1921, is one of the few restaurants in Milan that still uses the traditional recipe, which involves a broth made from five different kinds of meat. But if you want a richer version of the dish, in a very literal sense, head to the Marchesino restaurant where chef Gualtiero Marchesi adds a layer of gold leaf to his risotto.

The espresso comes with ginseng. 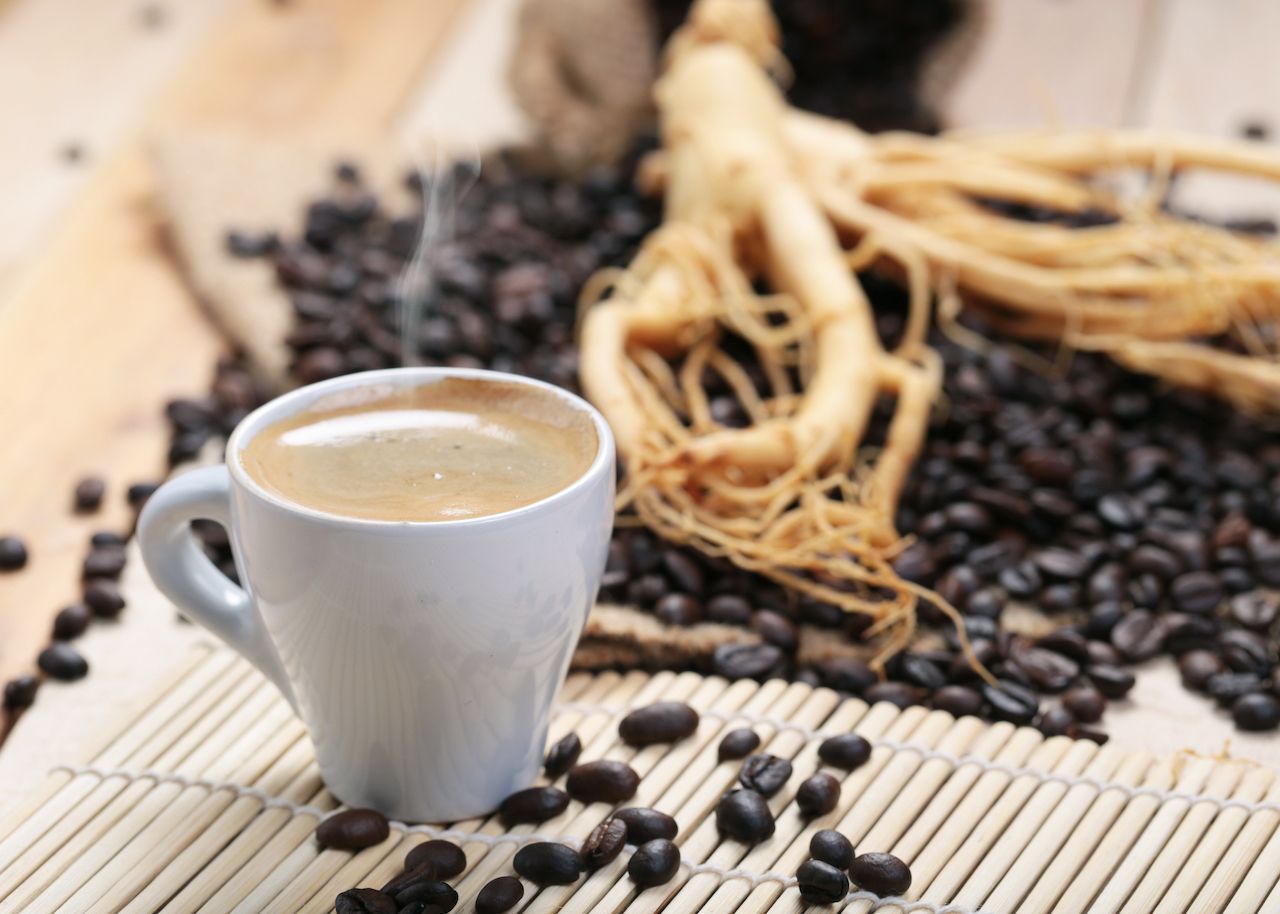 Despite cappuccino, macchiato, and espresso all now being familiar to English ears, the caffè al ginseng has not yet achieved fame in English coffee culture. Caffè al ginseng is coffee flavored with ginseng root extract, giving in a sweet, aromatic taste. It is now popular throughout Italy, but it was Milan that introduced this Southeast Asian concoction to the Italian coffee scene. If you’re arriving in Milan by train, fortify yourself with un ginseng at Bistrot Centrale in the station, along with the high-flying Milanesi heading off to work.

Tiny aperitivos have given way to hearty apericenas. 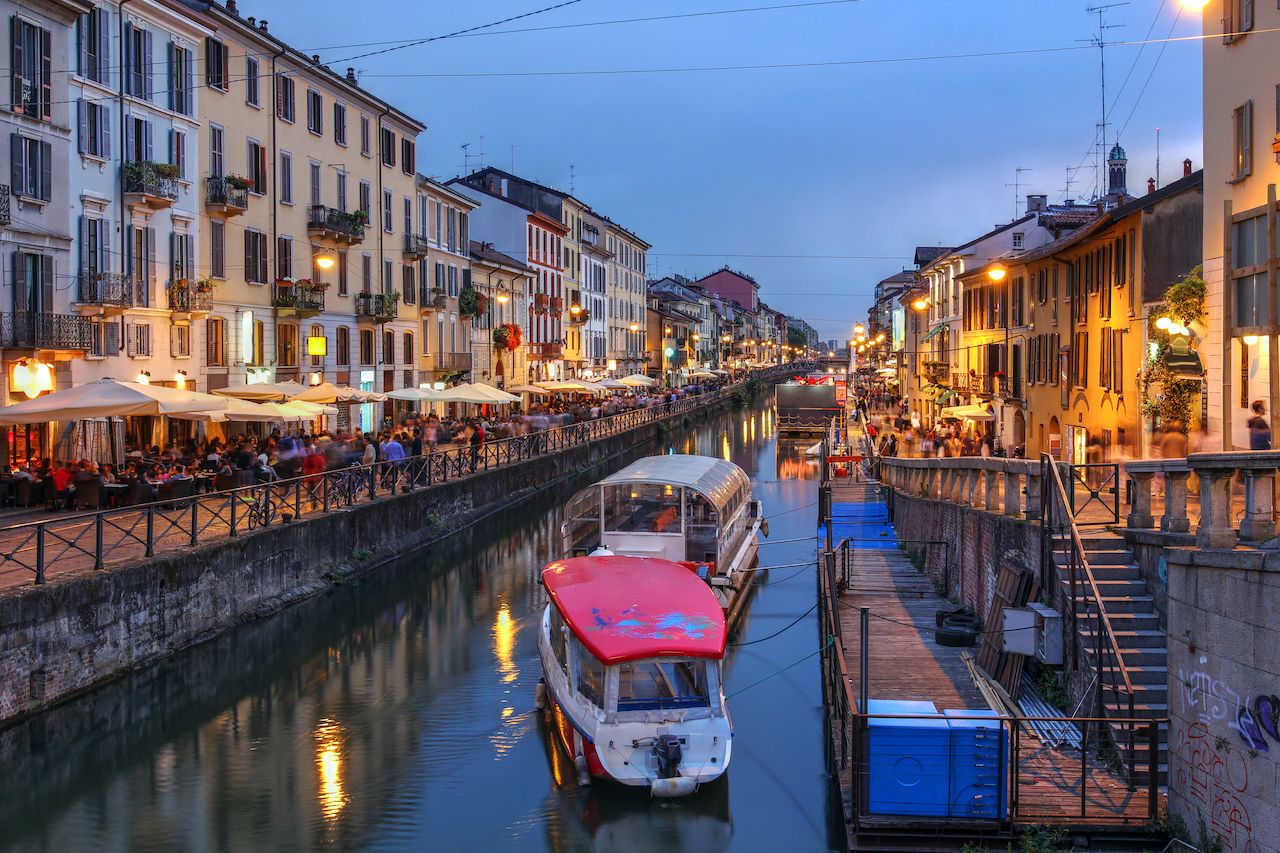 Aperitivo is old news in Milan. Instead, the city offers the bigger and better apericena, a word which combines aperitivo with cena, meaning dinner. While an aperitivo provides drinkers with nibbles like crisps, olives, and mini sandwiches, the apericena is a full-blown buffet often including hot meat dishes, pasta, and cooked vegetables. Milan’s Navigli, part of a system of canals, is the most popular place for pre-dinner drinks in the city. Artsy bars with outdoor seating line the canals, and most offer an apericena deal of food and one drink for around $11.

You can time travel in Milan’s design bars. 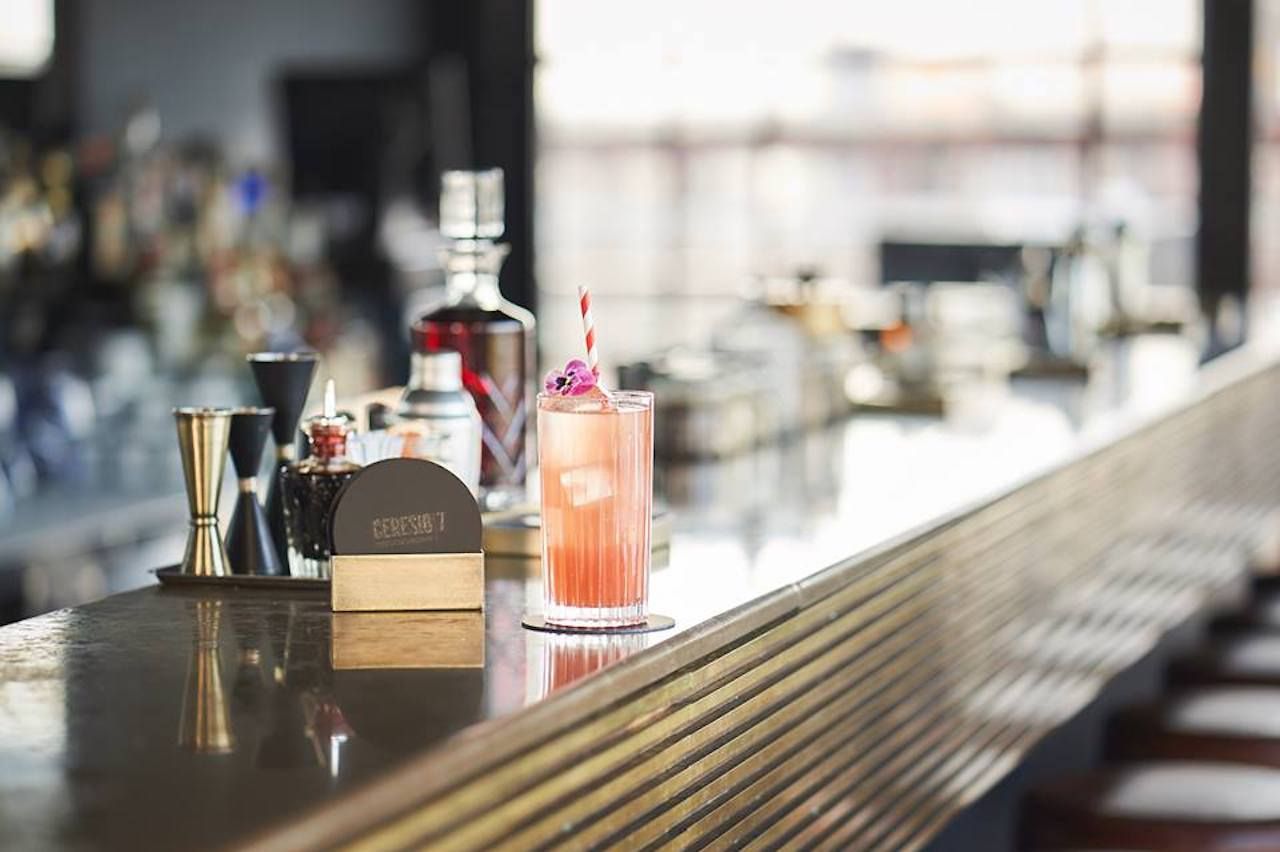 Milan’s accolade as “fashion capital” extends to more than just clothes. The city is home to several design bars that evoke iconic historical periods of Italian design with their decoration. Bar Luce, located inside the Fondazione Prada, was designed by Wes Anderson. Its retro style channels the ‘50s with Formica furniture, industrial style lighting and fittings, and a typically Anderson palette of beige and teal. Rooftop bar Ceserio 7, instead, harks back to the rationalist era with its clean, geometric aesthetic and turquoise leather sun-loungers around the outdoor pool. 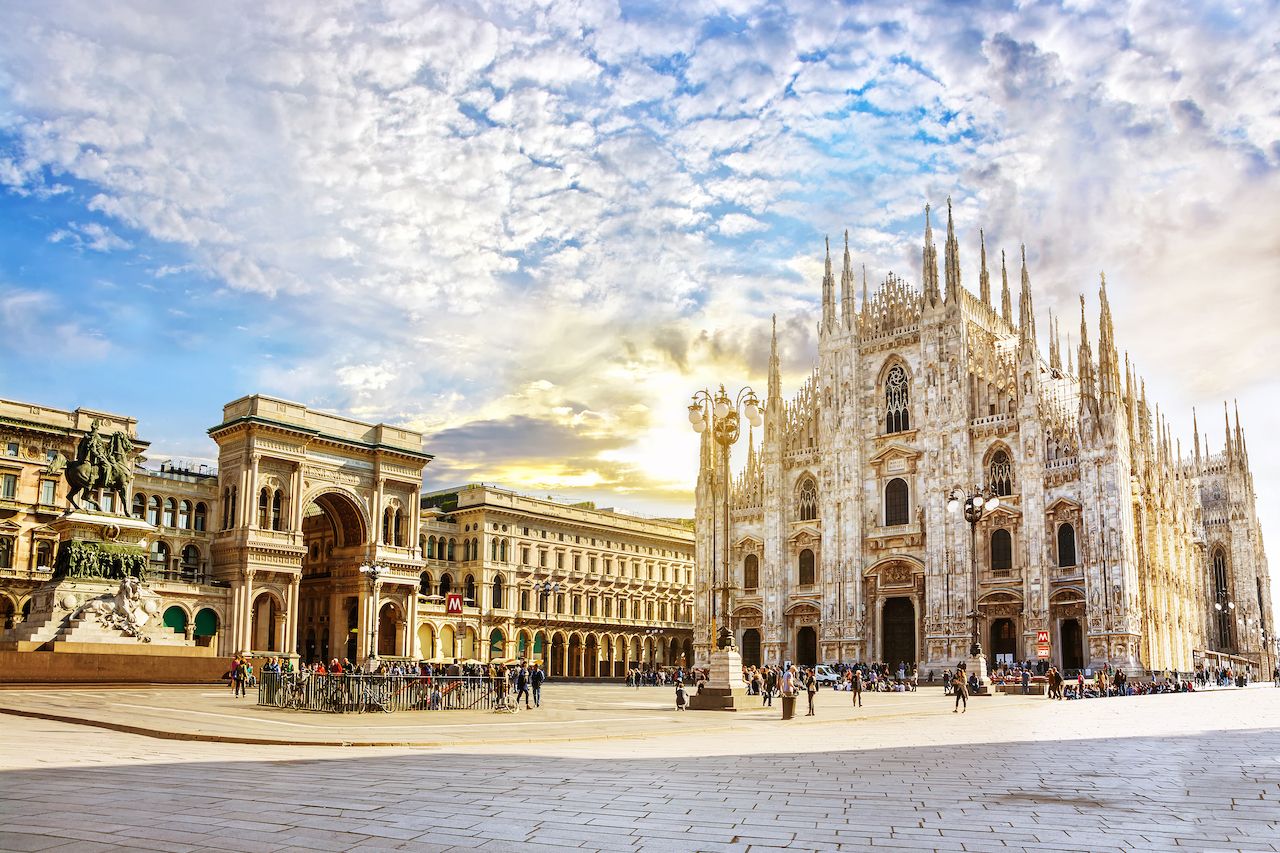 Milan’s Duomo is a symbol of the city, not only because of the beauty of the architecture but also because it is such a contrast to the fabric of the city around it. It is built from Candoglia marble, rather than the traditional Lombard brick, giving it a luminosity compared to the surrounding piazza. Moreover, the Gothic style that was at the height of fashion when building began in 1386 is in sharp contrast to Milan’s modernity. But despite the Gothic appearance, it took six centuries for the building to be completed, so there are Renaissance and Baroque elements in the interior, and the much-loved golden statue of the Madonna on the roof, called the Madonnina, dates from the 18th century.

It has world-class opera at La Scala. 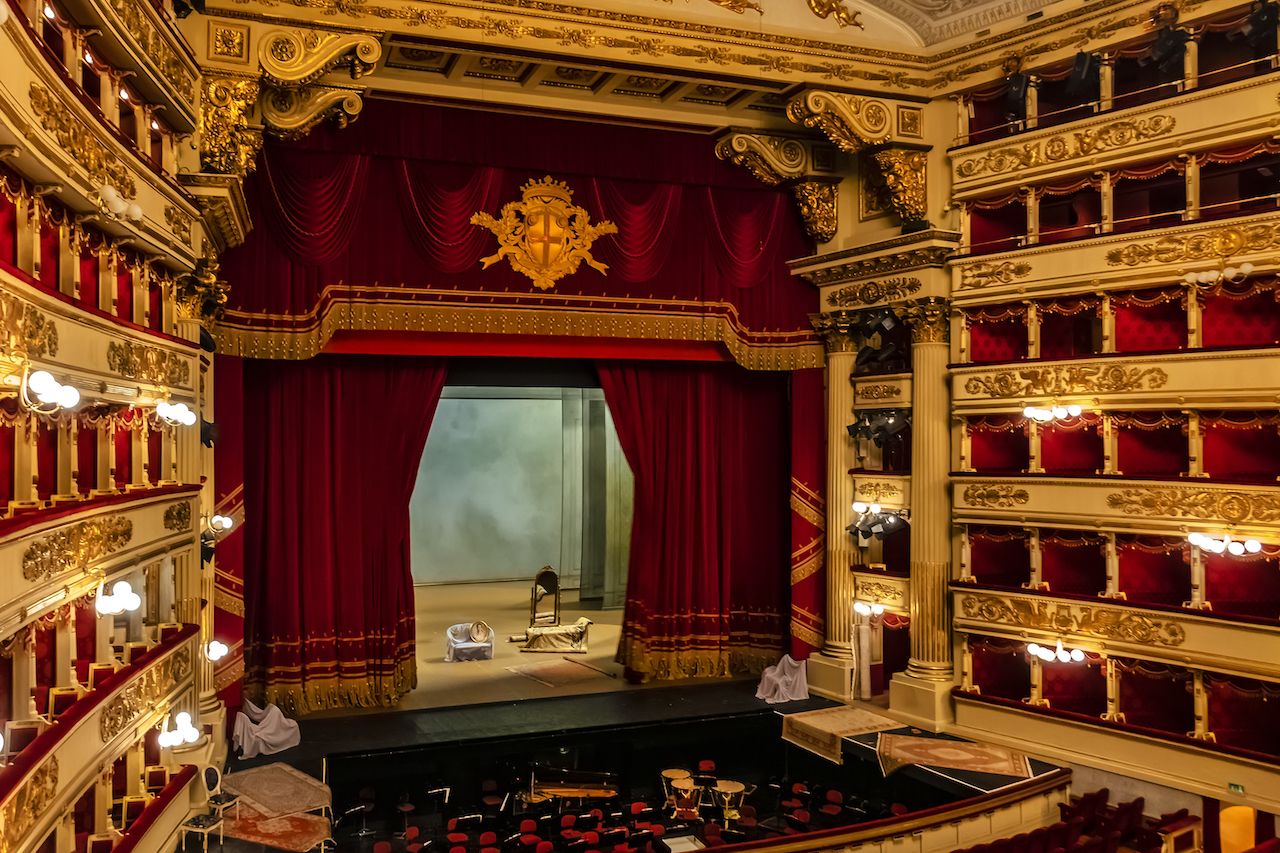 Milan’s Teatro all Scala has been at the cultural center of the city since the 18th century. This opera house has hosted Mozart performing some of his early works, and great Italian composers like Giuseppe Verdi and Giacomo Puccini. But it is also at the social heart of the city, and, after bombing during the Second World War, it was one of the first buildings to be reconstructed. The ornate, gilded tiers of the auditorium are the place to rub shoulders with Milan’s cultural and social milieu as you watch world-class performances that are often broadcast around the globe.

You can practice the art of window shopping. 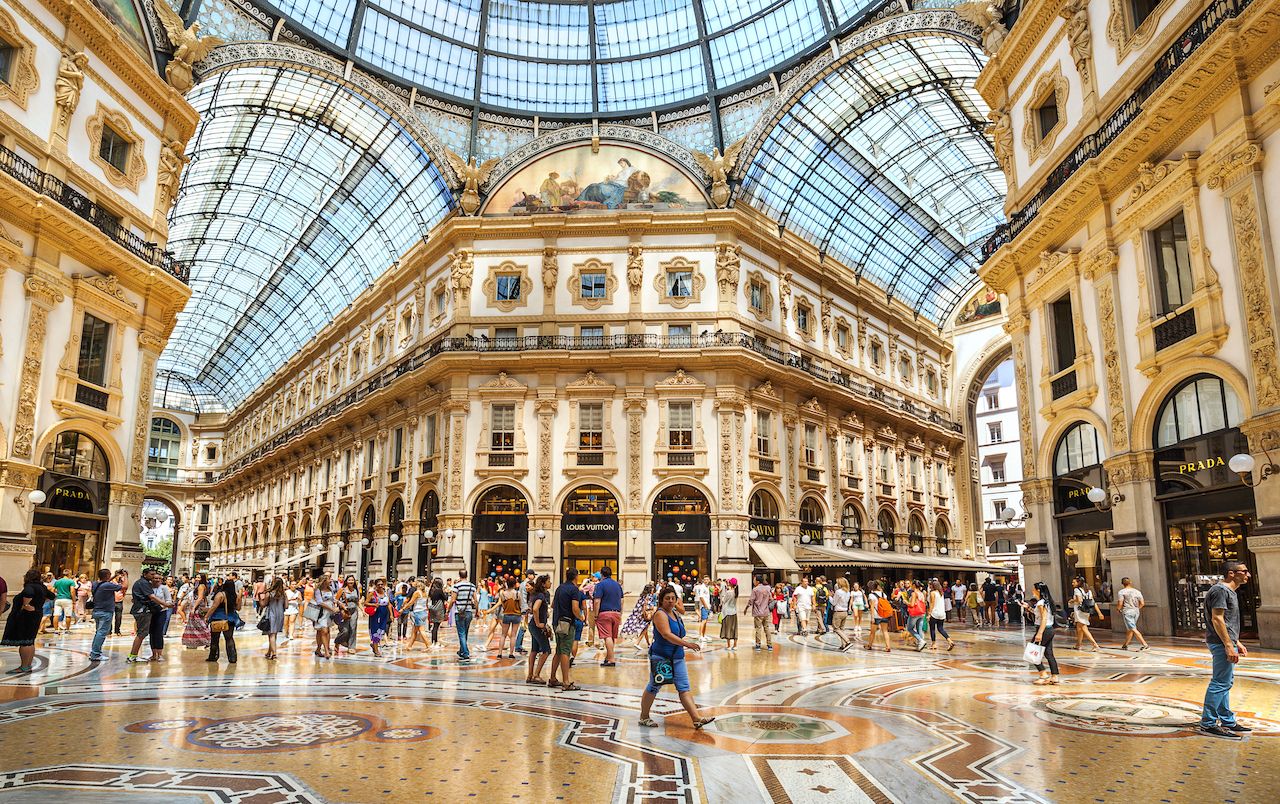 Even if you’re not visiting Milan for the shopping opportunities, you shouldn’t dismiss its fashion culture completely. The Galleria Vittorio Emanuele II is as much a cathedral as the Duomo next door, only here it’s commerce that’s worshipped. It houses the original Prada store and historic bars like Camparino. Via della Spiga is also famous for haute couture fashion, and the window displays of the stores are works of art in themselves. Dolce & Gabbana has particularly engaging and quirky displays. While you might need a bank loan to be allowed into the stores, it’s worth reserving time for window shopping in Milan.

CultureNaples May Be Rough Around the Edges, but Here’s Why We Love It Anyway
Tagged
Culture Travel Trip Planning Milan, Italy
What did you think of this story?
Meh
Good
Awesome

Milan’s Newest Park Is a Stunning “Library” of Trees

21 Images That Will Make You Want To Travel To Milan, Italy

5 Destinations for the Tattooed Traveler