If you have three days in Amsterdam, get outside the main neighborhoods and medieval district to further explore areas that bore witness to significant 20th-century events. One of the most fascinating is the old Jewish Quarter, once a thriving district around Waterlooplein where Rembrandt lived at the height of his fame.

Here’s what to do on your third day in Amsterdam.

Breakfast with a side of people-watching 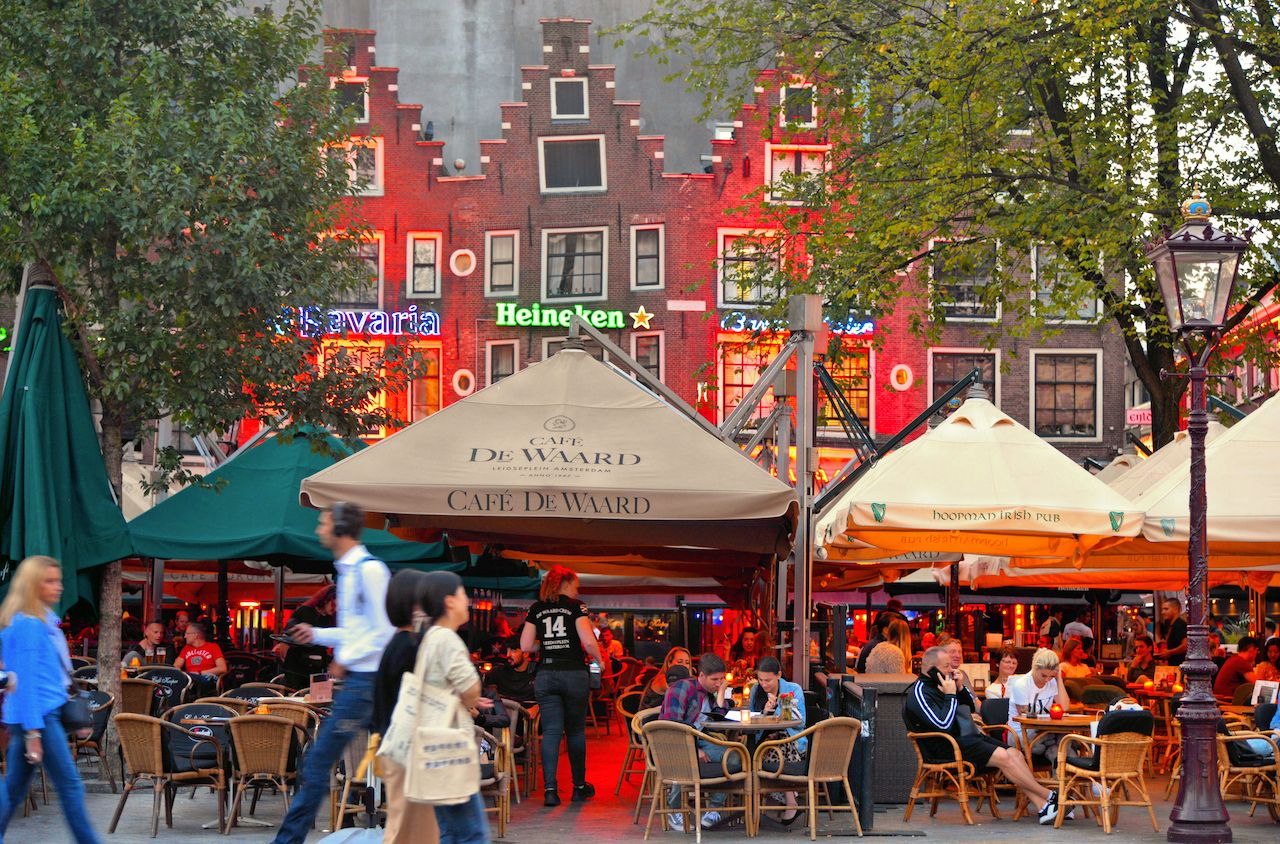 Start your day with breakfast in Rembrandtplein, one of Amsterdam’s liveliest entertainment squares, which has a number of restaurants and cafés with a variety of breakfast options and plenty of people-watching. Check out Rembrandt’s statue and the protagonists from The Night Watch on the square, then wake up with croissants, pancakes, eggs, coffee, and fresh orange juice at Bruincafé ‘t Centrum. 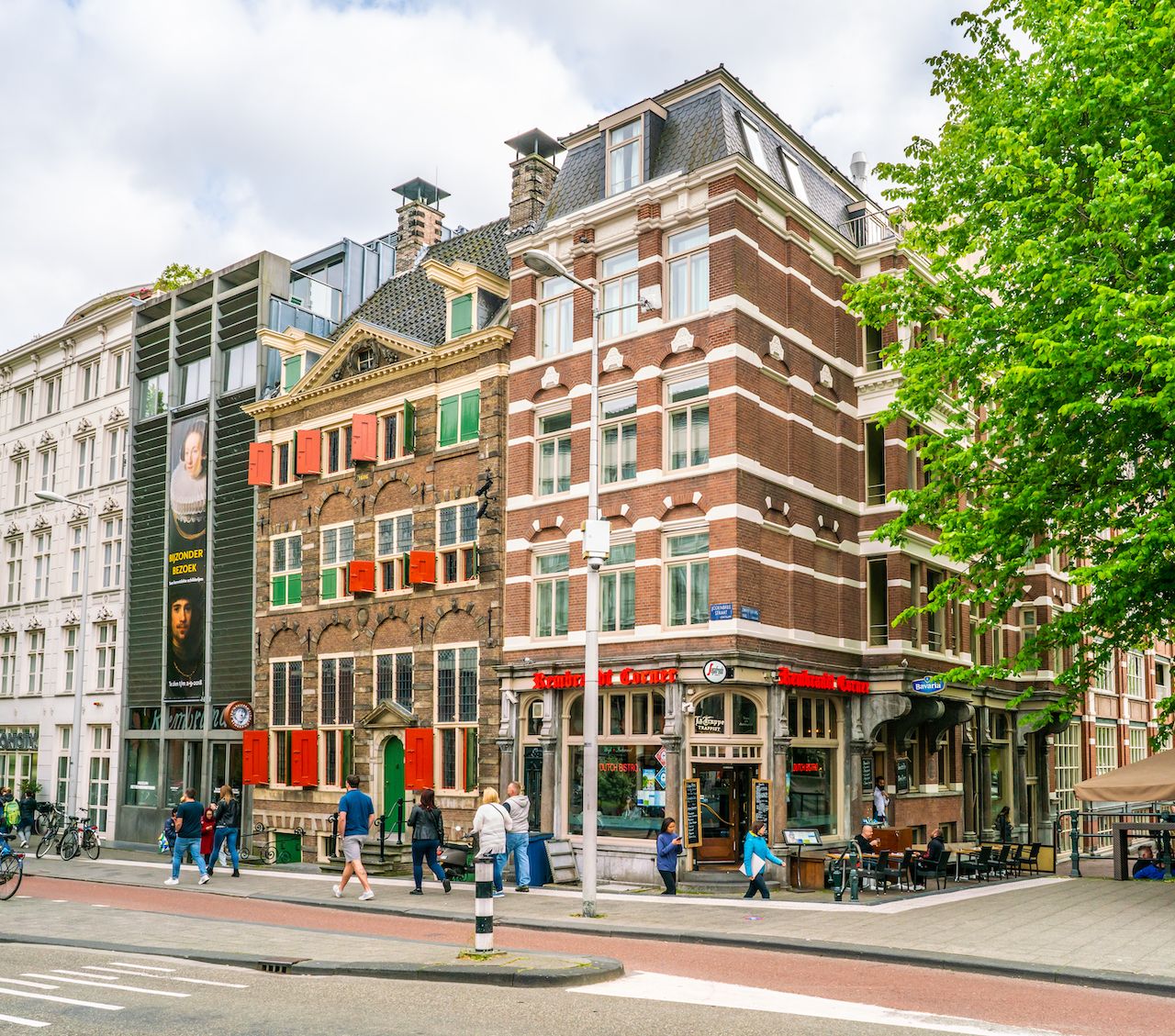 From Rembrandtplein, head east across the Amstel River and follow the signs to the Jewish Historical Museum. At nearby Waterlooplein, search for vintage treasures where 19th-century merchants once hawked their wares. Amsterdam’s oldest outdoor bazaar features new and secondhand clothes, antiques, ’50s vinyls, and other curiosities in 300-plus stalls, open every day but Sunday.

Across the Amstel, the Portuguese Synagogue remains a symbol of the city’s religious tolerance and is still used for candlelit services. Modeled after Jerusalem’s Temple of Solomon, it was one of Amsterdam’s biggest buildings when it was built in 1675. Stumble Stones in the rear, each engraved with a victim’s name, birth and arrest dates, camp deported to, and fate, are part of a worldwide Holocaust project. 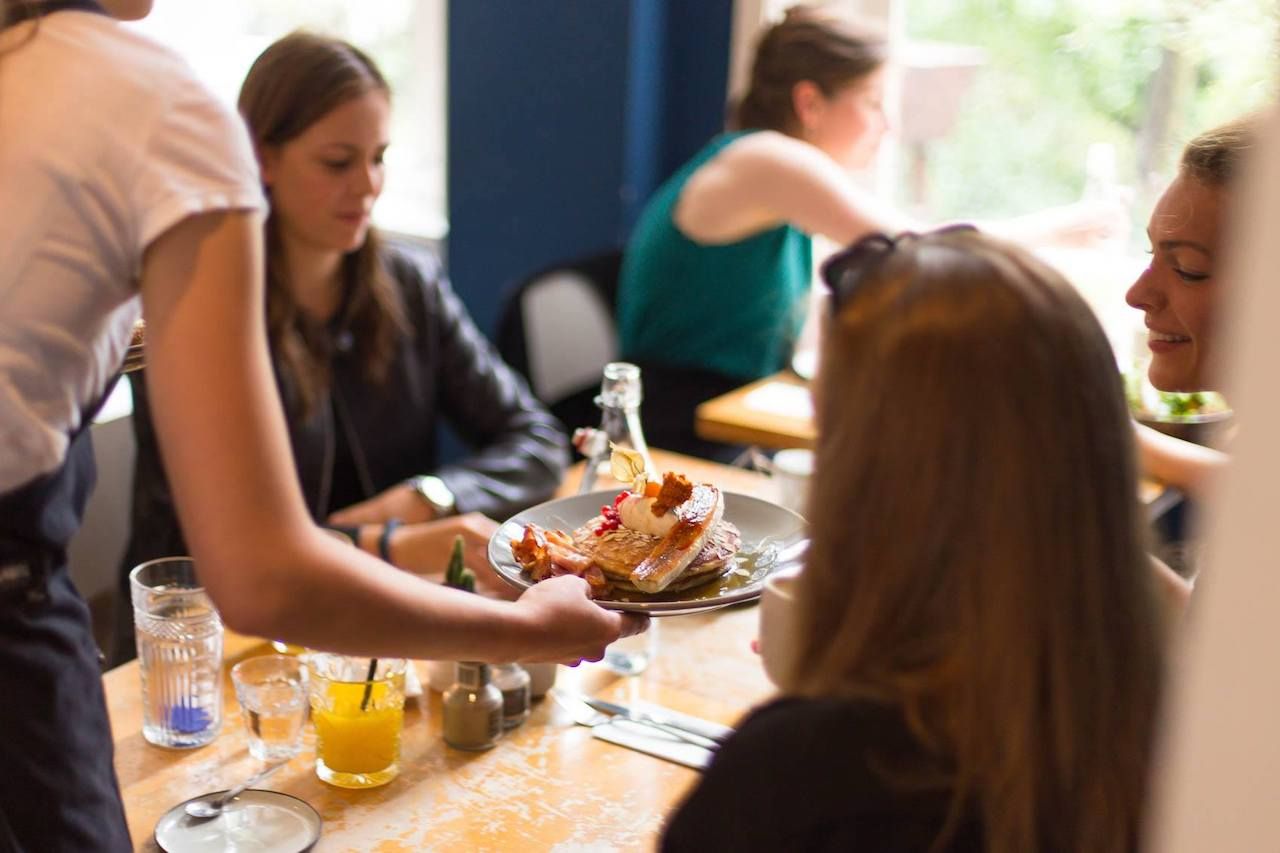 Unwind from your morning journey over lunch at Dignita Hoftuin, an airy café that supports the socially disadvantaged. The eatery is tucked behind the Hermitage museum of Russian-Dutch history. Many former prostitutes have found second careers at this greenhouse-style restaurant with an all-day brunch menu that showcases local, organic produce, much of it grown in its own garden. 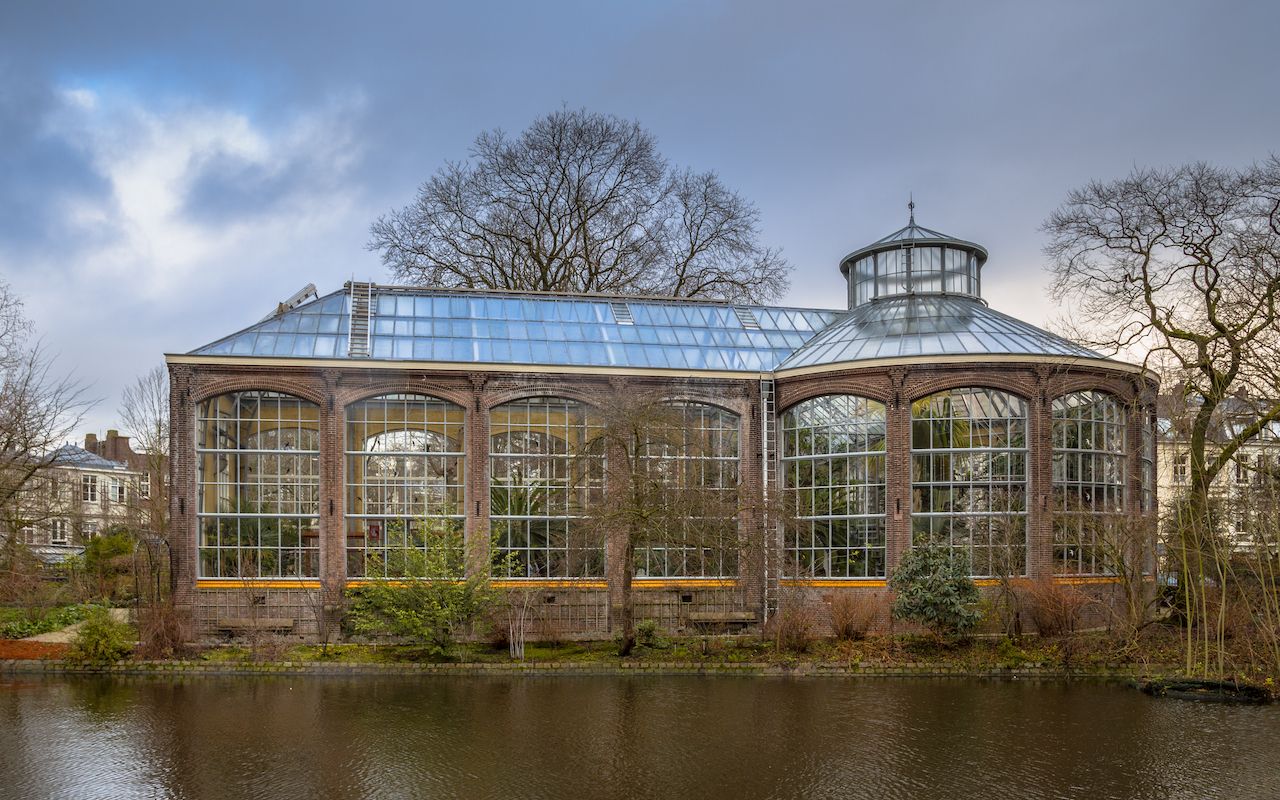 After lunch, return to nature at Hortus Botanicus, where rare plants are displayed in one of the world’s oldest botanic gardens. Discover more diversity of flora and fauna at ARTIS Royal Zoo, the Netherlands’ oldest zoo. Here, you can take virtual trips through the seas and the stars at an aquarium and a planetarium. At the adjacent Micropia, discover invisible life in the world of microbes.

If you’d rather learn more about 20th-century history, visit the Dutch Resistance Museum, which is a thoughtful perspective about the Netherlands’ role in World War II. At the Hollandsche Schouwburg, see where Jews were assembled for mass deportation to extermination camps in occupied Poland.

Dinner at a smokery 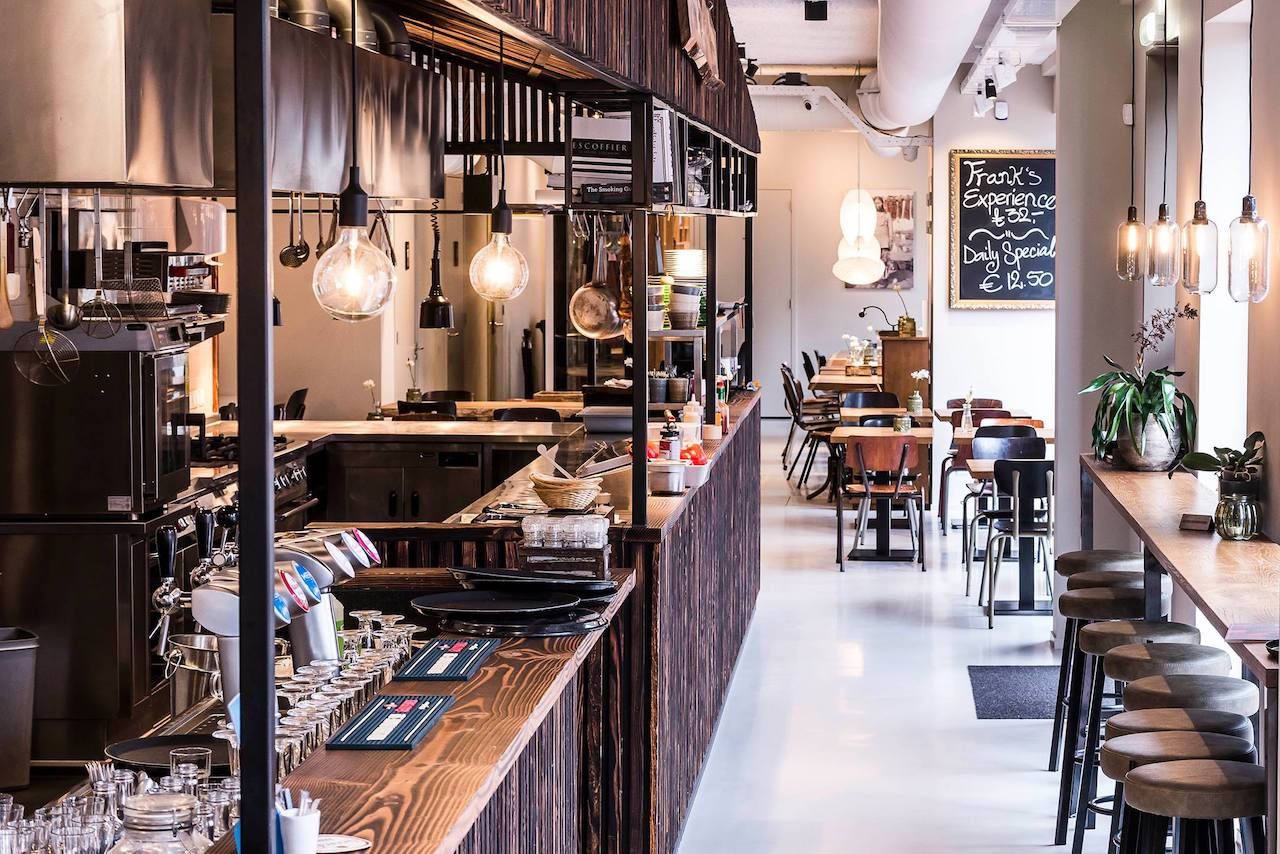 After a hectic day of museum-hopping and sightseeing on Amsterdam’s eastern edge, head for Frank’s Smokehouse on the eastern docklands for a laid-back dinner. The relaxed father-son bistro serves a three-course chef’s menu in the evening featuring salmon, steak, and brisket smoked on-premise and served on an outdoor terrace when the weather permits. After dinner, take a sunset stroll along the scenic docklands, or catch a show at the Dutch National Opera & Ballet or Royal Theatre Carré. End your visit to one of Europe’s most romantic capitals by stealing a kiss from someone special on the Magere Brug (Skinny Bridge) to ensure everlasting love.