Amsterdam’s accommodation options range from camping and budget hostels to rooms in converted canal mansions, boutique B&Bs, and luxury suites in historic landmarks. Quirkier alternatives include houseboats, moored boats, and even a crane overlooking the IJ River. Booking ahead can save headaches (and euros), as tourists sometimes outnumber hotel rooms in this popular international capital, especially from April to September and during the year-end holidays. 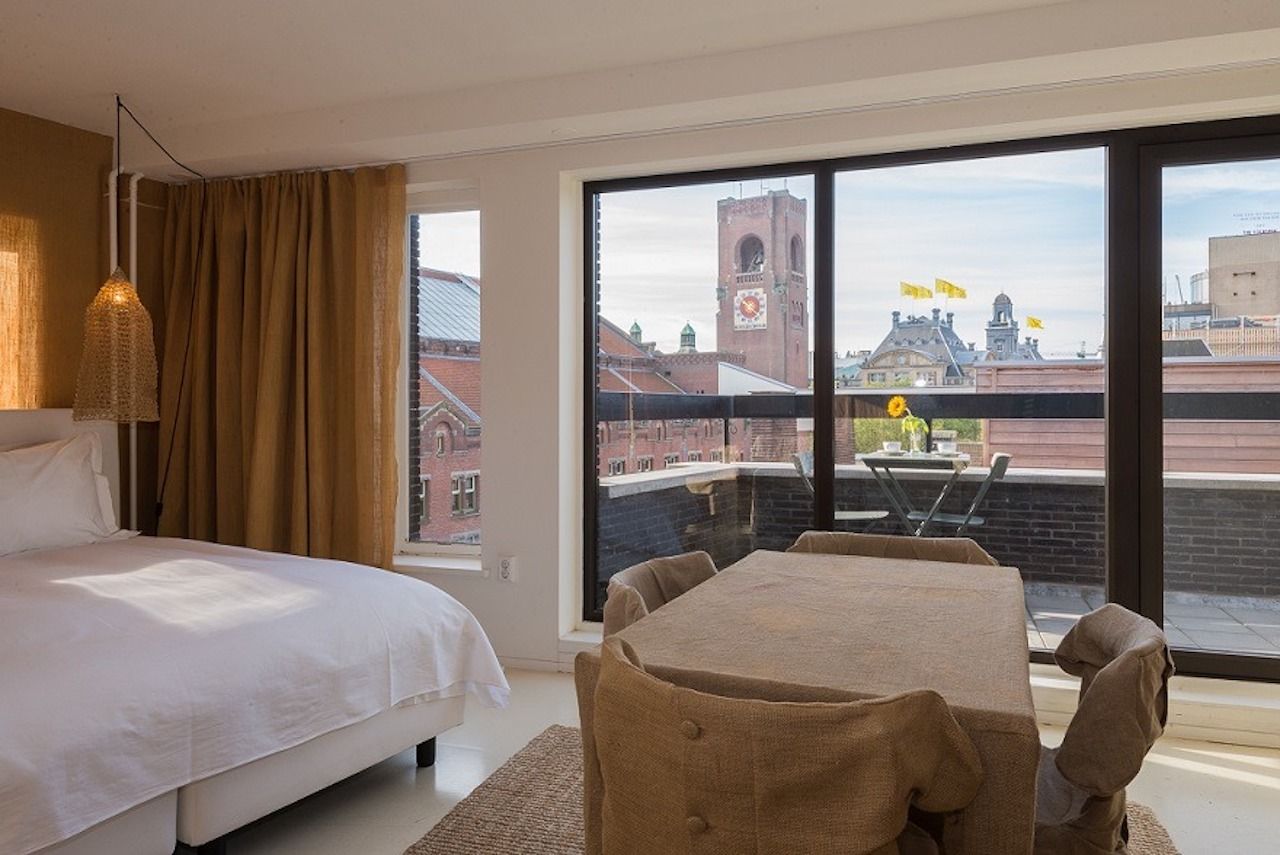 The Exchange — Fashion meets interior design in this hotel overlooking Amsterdam’s early 20th-century stock exchange. Minutes from Dam Square and the shops on Kalverstraat, The Exchange offers one- to five-star rooms, each outfitted as if it were by designers from Amsterdam Fashion Institute. Satellite TV, 24-hour reception, ticket service, and an all-day breakfast at the on-site Stock cafe make for a comfortable choice for any budget. 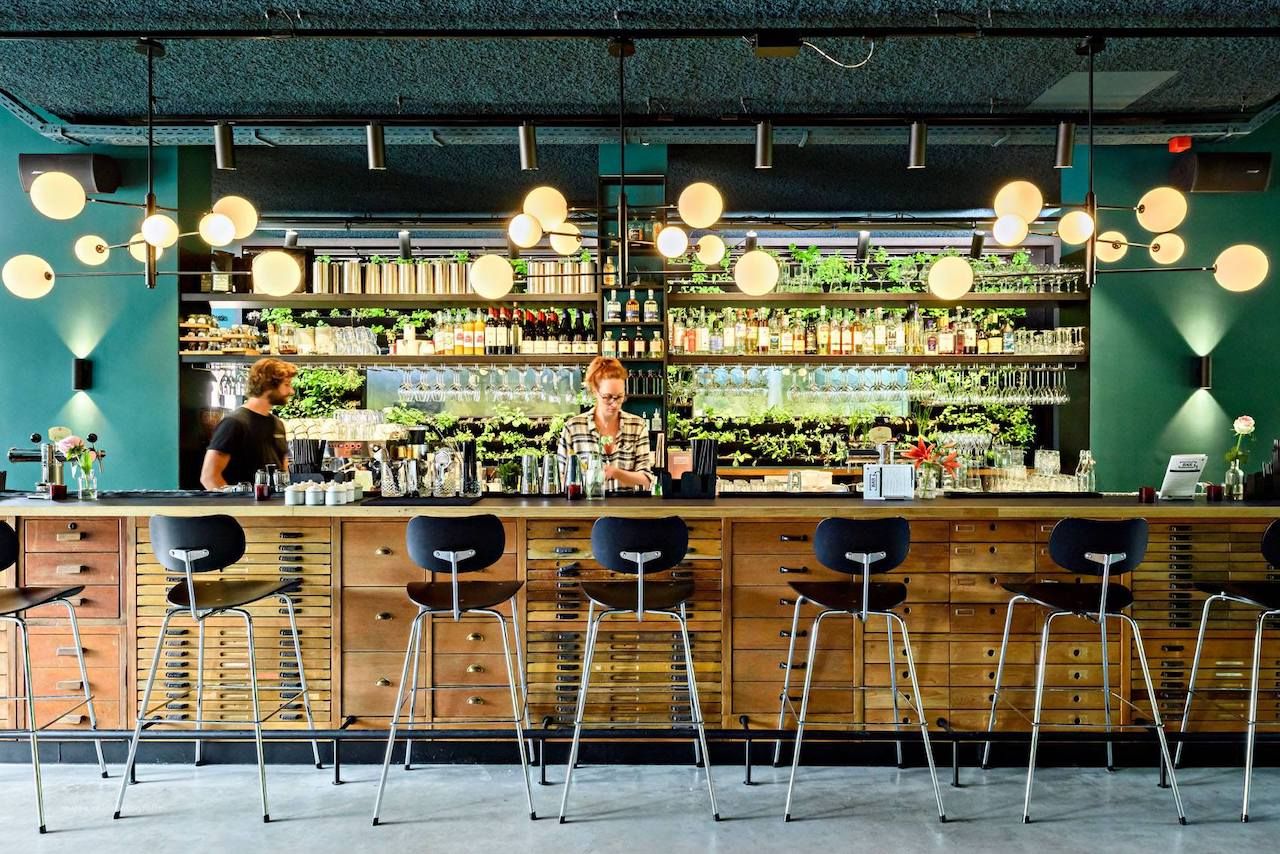 Conscious Hotels — Solar panels, desks crafted from recycled materials, eco-cotton towels, water-saving showerheads, and an organic breakfast add up to a sustainability mantra put into practice at four Conscious Hotels in Amsterdam. Choose from two locations near Vondelpark, another just off Museumplein, and a fourth in Westerpark on Amsterdam’s western edge. 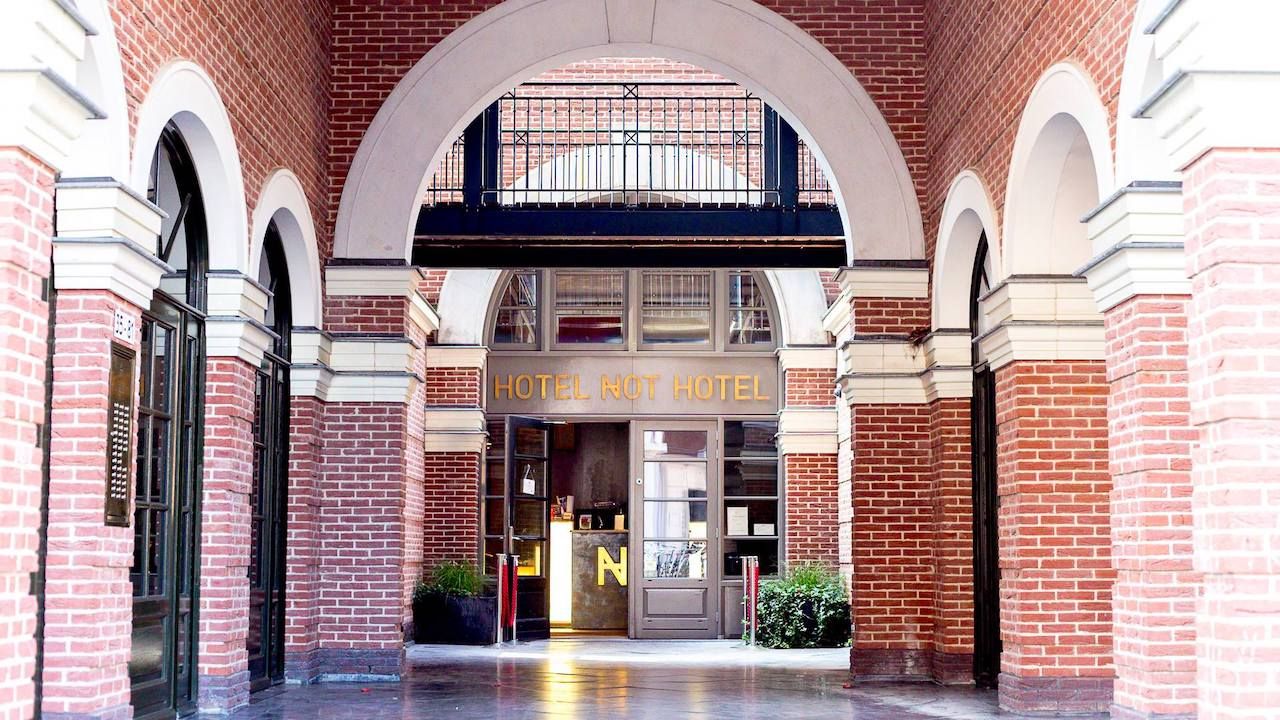 Hotel not Hotel — Each guest room has a different theme in this boutique hotel with a lobby that could pass for an artsy living room. Situated in residential De Baarsjes, amid the shops and cafes on Kinkerstraat, it lives up to its name with quirky design and funky furnishings. The on-site Kevin Bacon Bar serves Thai food and late-night drinks in an ambiance as unpretentious as its namesake. 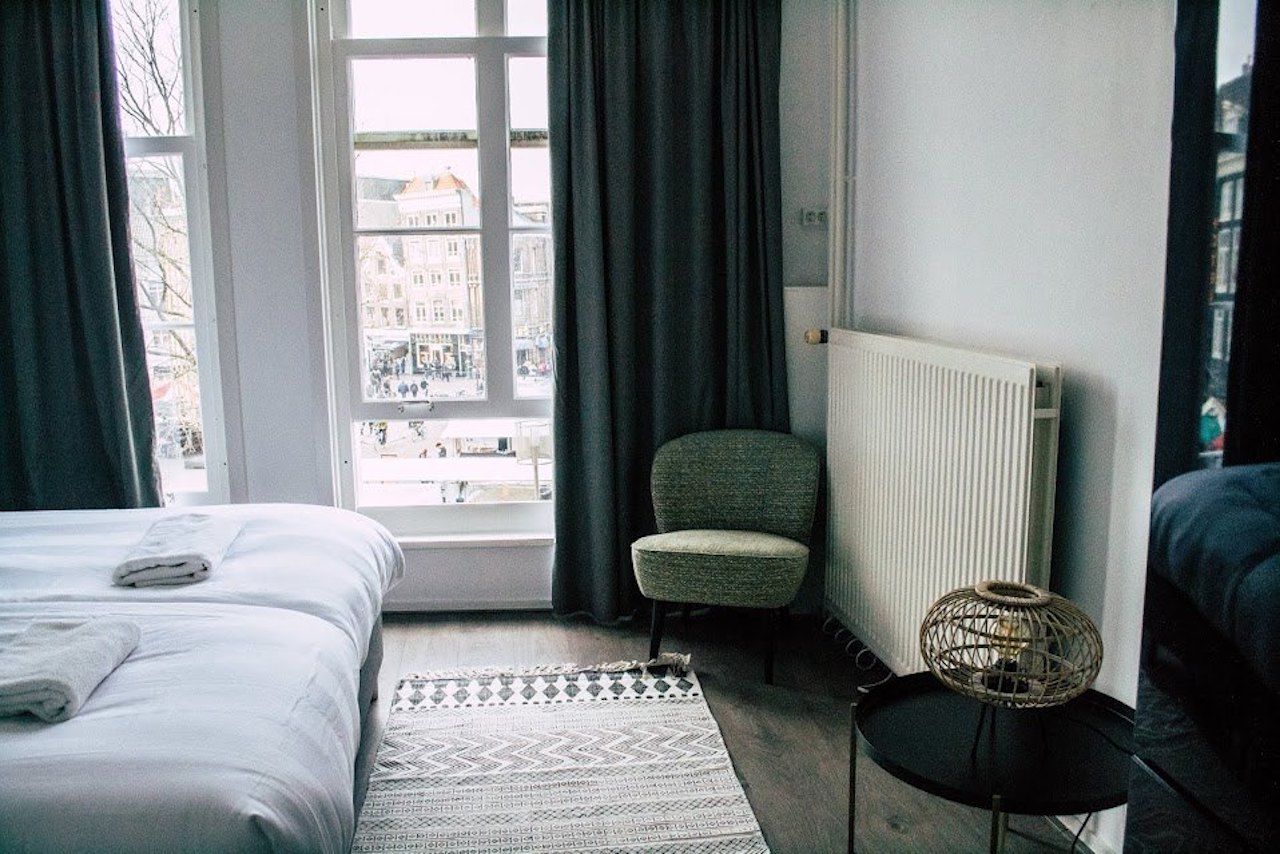 Rembrandt Square Hotel — The rooms may be plain-vanilla and bathrooms are shared, but what’s lacking in personality is made up for in location at this hotel situated on one of Amsterdam’s liveliest public squares. Surrounded by restaurants and trendy nightclubs, Rembrandt Square Hotel offers 24-hour reception, tour desk, a brightly colored lounge with leather seating, and basic rooms with cable TV. 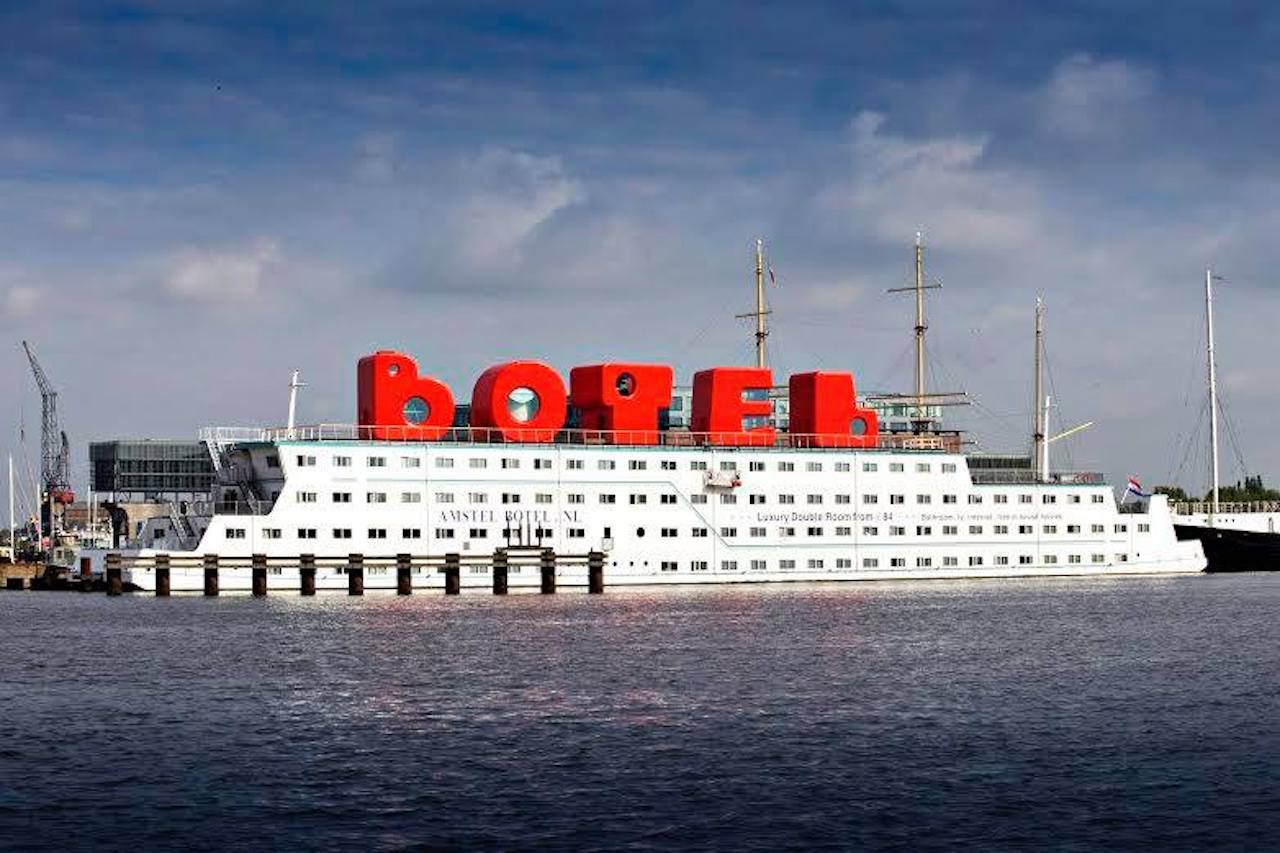 Botel — Sleep aboard a boat on the IJ River at this three-star hotel moored at NDSM Wharf, a dilapidated shipyard turned hip community. Simply furnished rooms offer private baths. A continental breakfast is served in a bar area where guests can play pool or video games. Botel also offers free newspapers, an outdoor terrace, and bike and car rental services. Travel across the IJ via a free ferry that makes the 10-minute trip to Central Station twice every hour. 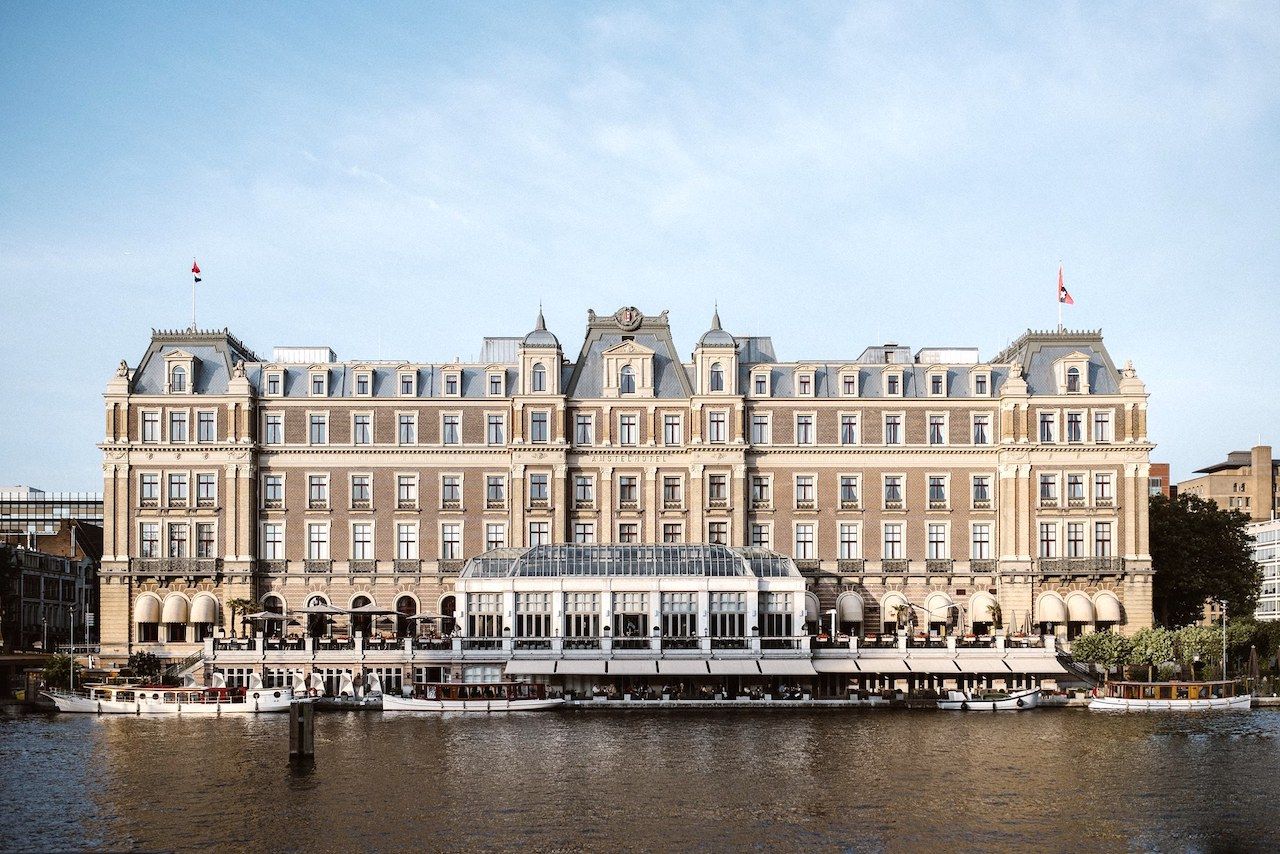 The Amstel — The grande dame of Amsterdam hotels is set in a monumental 19th-century building on the banks of the Amstel. A gleaming marble lobby sets the tone for an upscale stay in rooms furnished with classic taste, offering city or river views. At river level, an indoor pool is part of a well-equipped spa and fitness center. La Rive, the waterside restaurant on the Amstel River, is considered one of the best in town. Culture also is a five-minute walk away at Royal Theater Carré, known for its World Christmas Circus as well as a full calendar of musicals, cabaret, and opera. 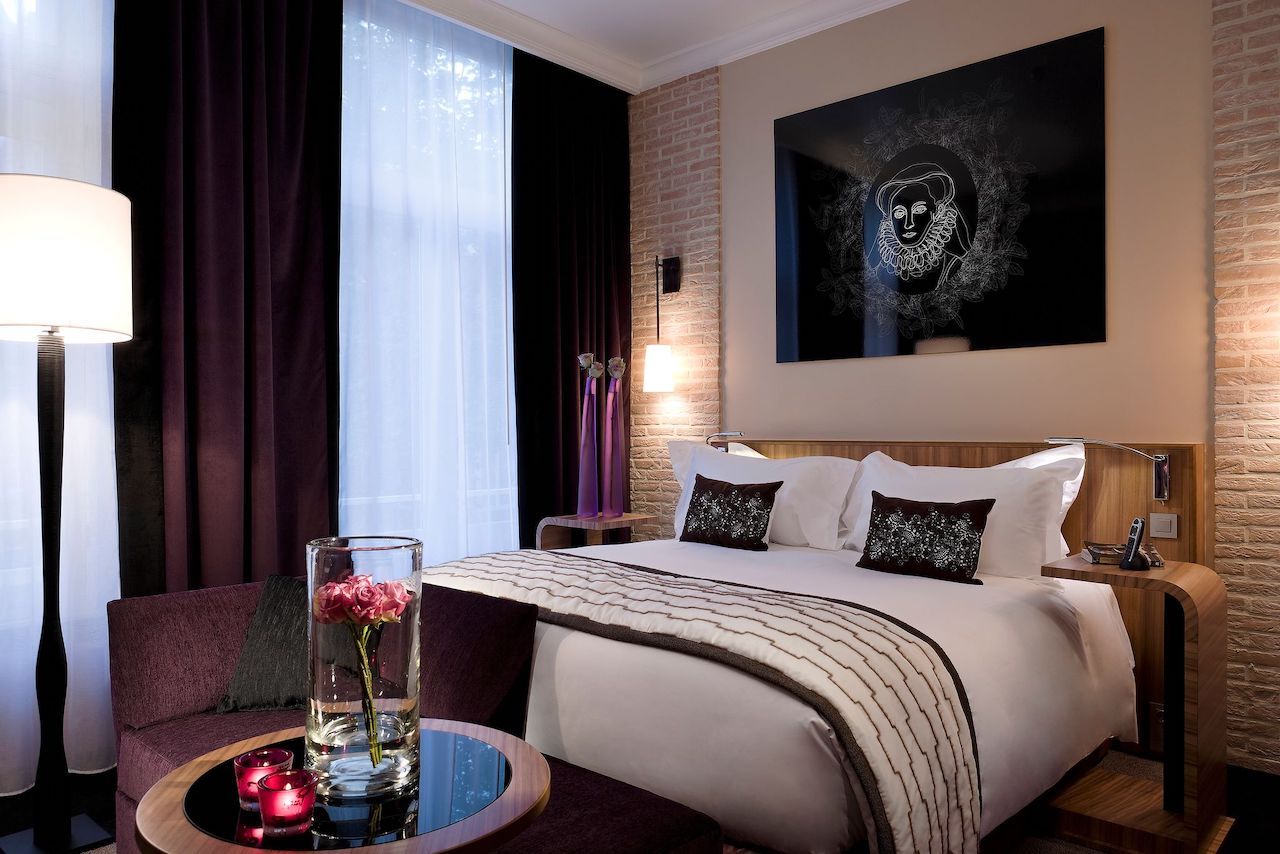 Grand Sofitel Legend — You might not expect such grand accommodation on the edge of Amsterdam’s red-light district, but this five-star hotel lives up to its name with spacious — by Amsterdam standards — rooms with bathroom TVs and canal or courtyard views. For true luxury, opt for one of 52 suites that include butler service. Historical ambiance meets French elegance at Michelin-starred Bridges, one of the city’s best seafood restaurants. Also on site is a spa with a heated indoor pool, sauna, hammam, and fitness area. 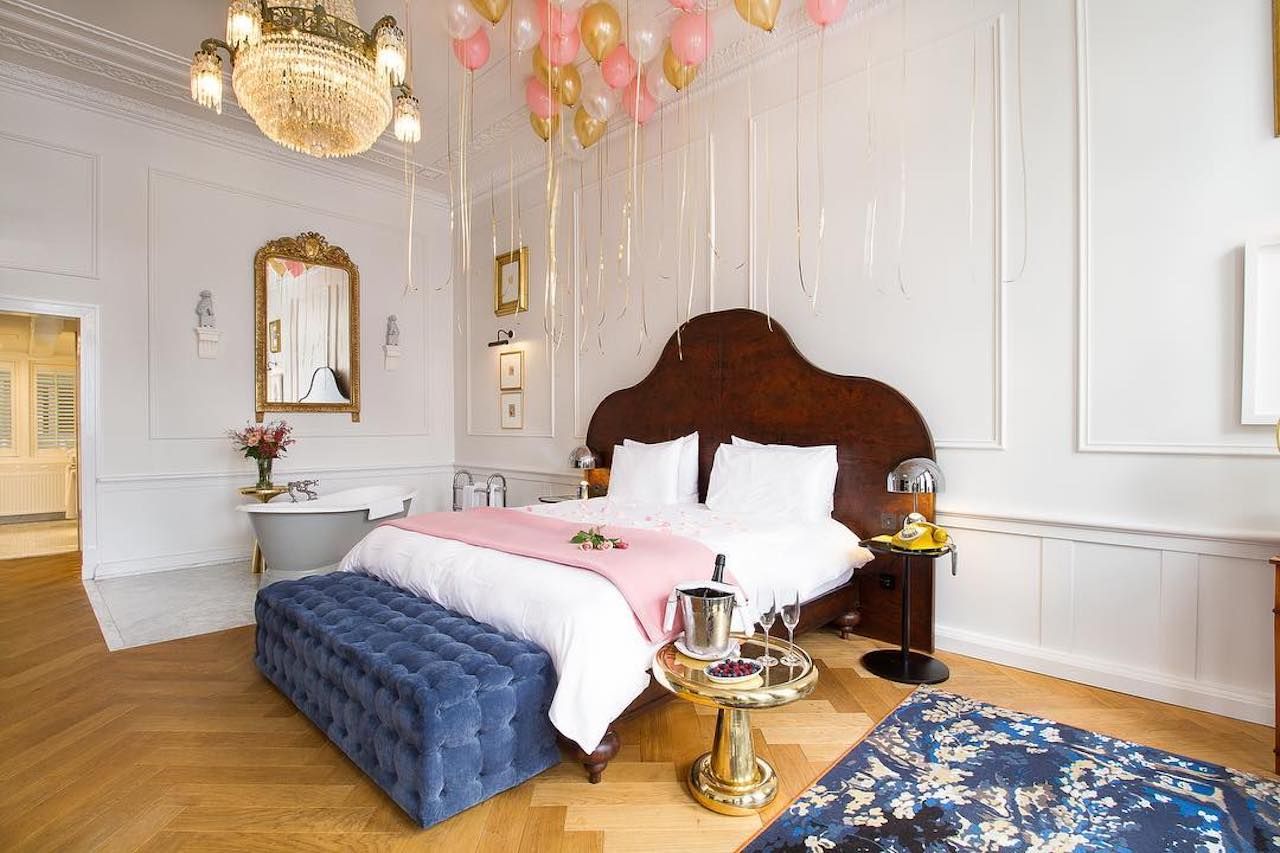 The Pulitzer — Situated in 25 interlinked 17th- and 18th-century canal houses, this five-star waterfront hotel is sandwiched between the storied Prinsengracht and Keizersgracht canals. The Anne Frank House is five minutes away by foot. Traditional and modern Dutch design combine in unique rooms and suites with canal views, vintage telephones, and bike repair sets. After a 2016 facelift, The Pulitzer is resplendent with modern art, a garden cafe, bar, and an upscale restaurant. 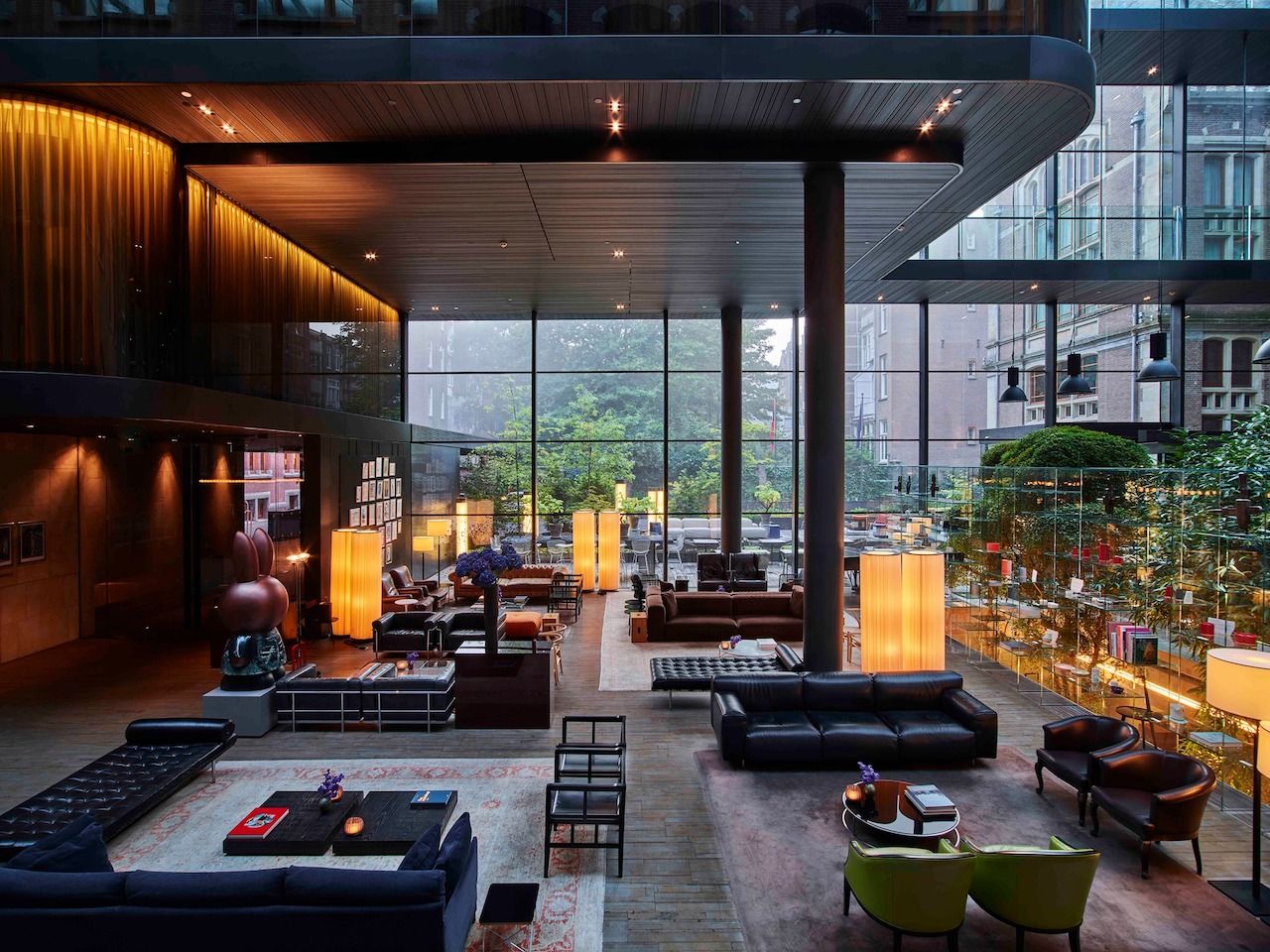 The Conservatorium — Housed in a former music conservatory, this member of The Leading Hotels of the World is in its element amid the cultural attractions on grassy Museumplein, where you can picnic in summer and ice skate in winter. The transformed structure offers clean, contemporary lines accented by stained glass and other intact features of the original 19th-century building. Luxurious rooms feature split levels and high ceilings. The hotel’s holistic well-being center, Akasha, includes a fully equipped fitness center, massage treatments, and a hammam. Its on-site restaurant, Asian-inspired Taiko, serves an à la carte menu and offers an extensive selection of sake. 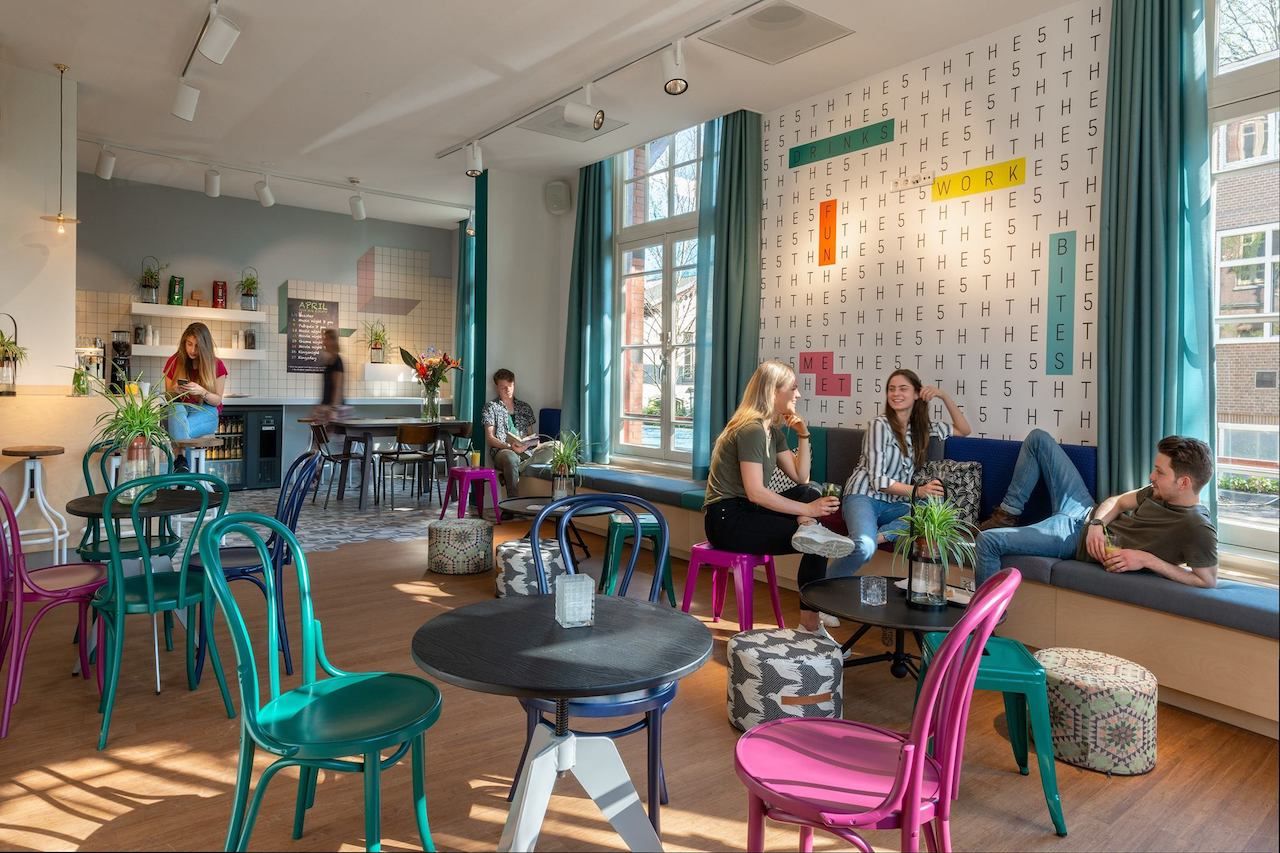 Stayokay — One of the city’s best hostels is set in a former red-brick schoolhouse adjoining Vondelpark. Accommodations include dorms with bunk bed and private rooms. There’s a bar, TV room, game room, bike rental, coin-operated laundry, and free Wi-Fi throughout the building. A buffet breakfast is available for a few extra euros. 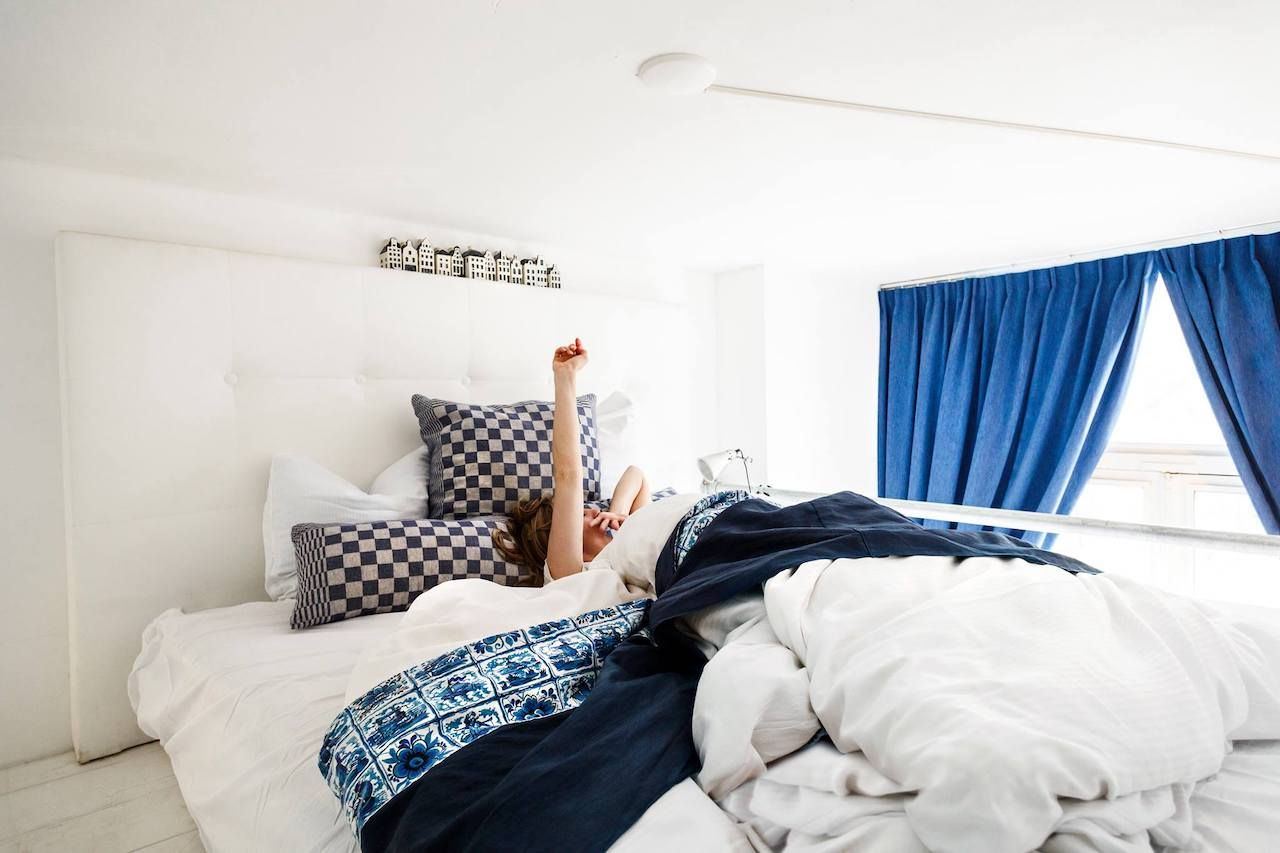 Cocomama — This funky establishment combines the comfort of a hotel with the coziness of a hostel. Housed in a former brothel near the Heineken Experience, its marble entrance, spiral staircase with stripper pole, and high ceilings offer hints of its previous incarnation. Dutch-themed accommodations range from private doubles to six-bed dorms. Organized bar crawls, board game nights, walking tours, and vegetarian “family dinners” add to the communal ambiance. 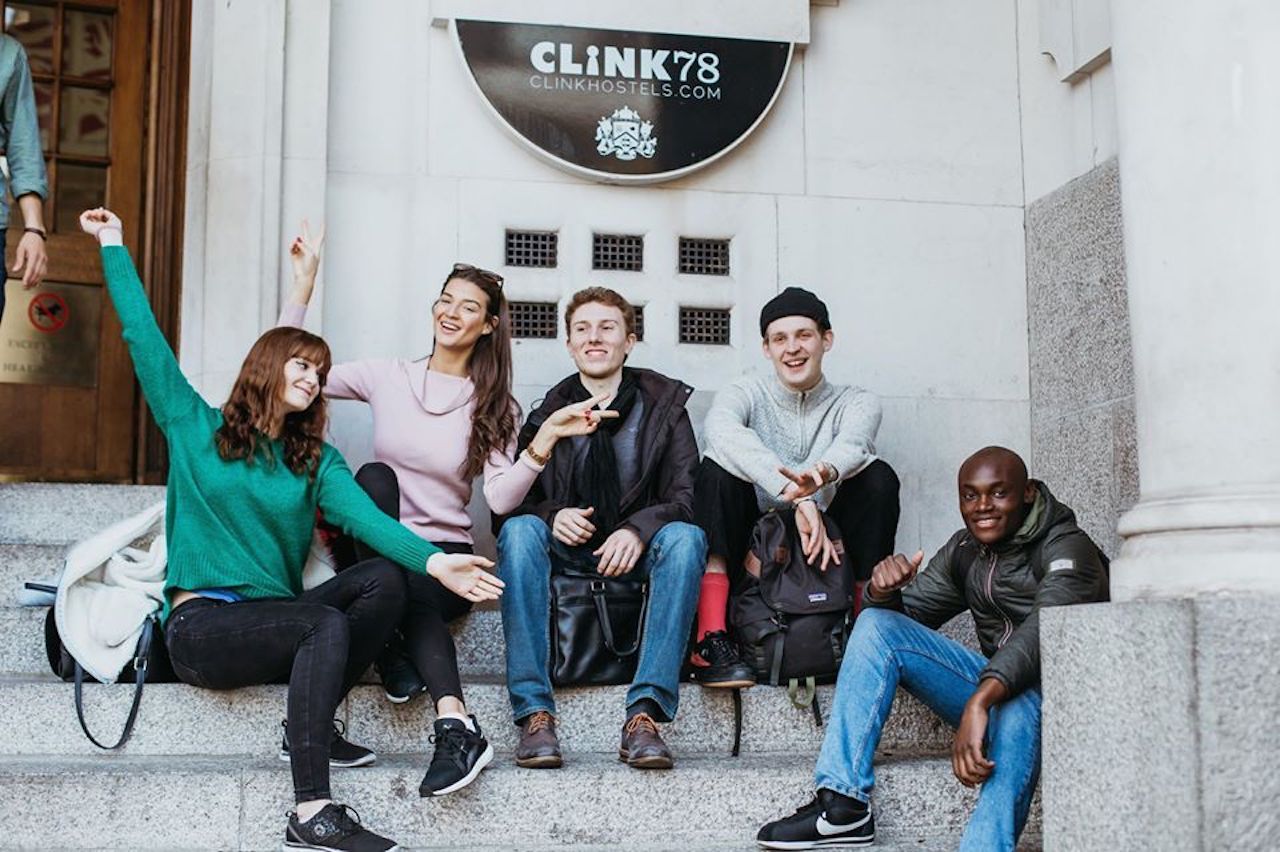 ClinkNOORD — Bunk down in mixed dorms or private ensuites at this upscale hostel that opened in 2015 on the IJ River, across from Central Station. Housed in a red-brick building that once served as Shell’s headquarters, ClinkNOORD offers a laid-back vibe in its bright atrium and numerous lounge areas, including a bar with live music and DJs, and a library. A buffet breakfast is served in the on-site cafe. Talks, performances, and other organized activities make it a good choice for solo travelers. 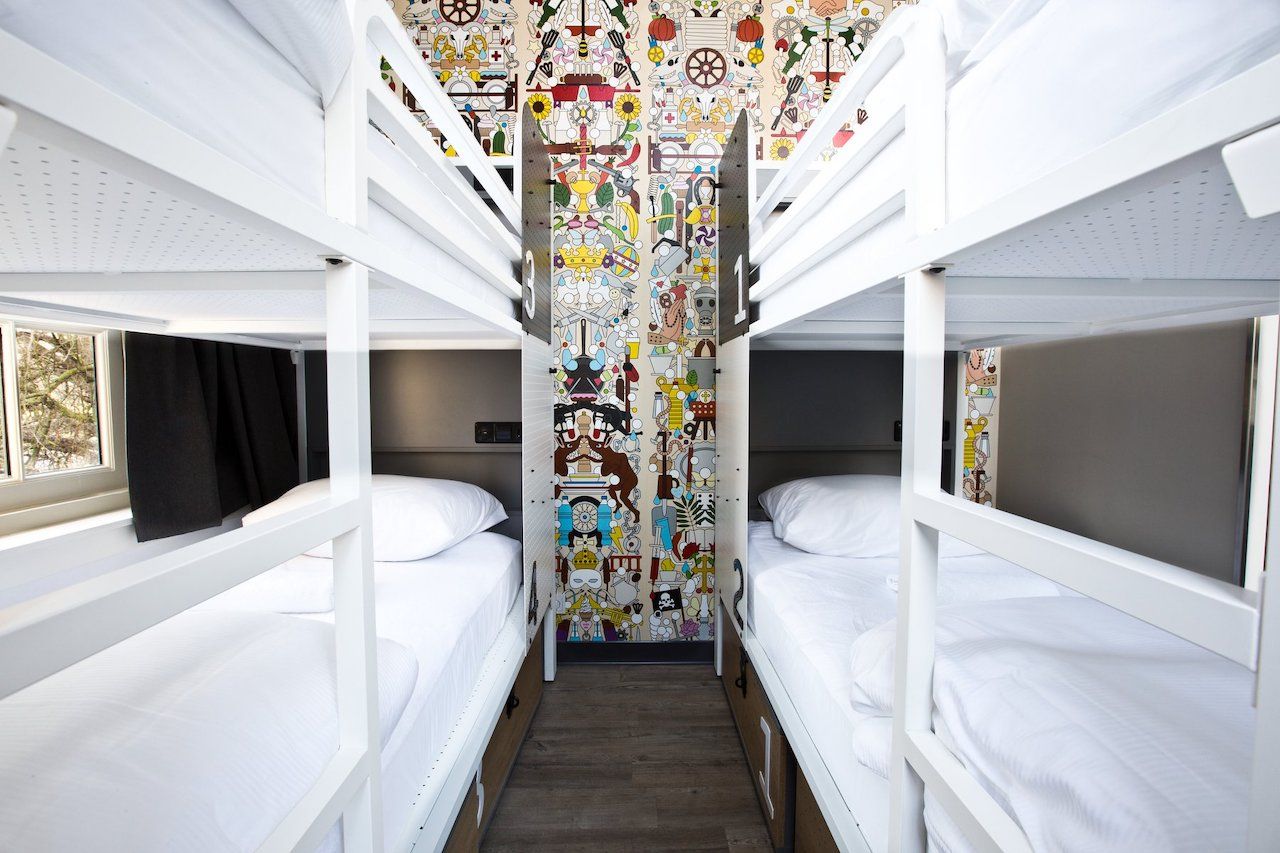 Generator Hostel — A University of Amsterdam zoology building in leafy Oosterpark has been transformed into one of Amsterdam’s newest hostels, with a lounge and bar that was once a lecture hall. The 565-bed behemoth mixes modern decor with lab flasks and other reclaimed materials from its past. Accommodations include quads with bunk beds, twins, doubles, and suites, all with private bathrooms. Ask for a room at the front or side for views of the park. There’s a 24-hour front desk, as well as bike hire. 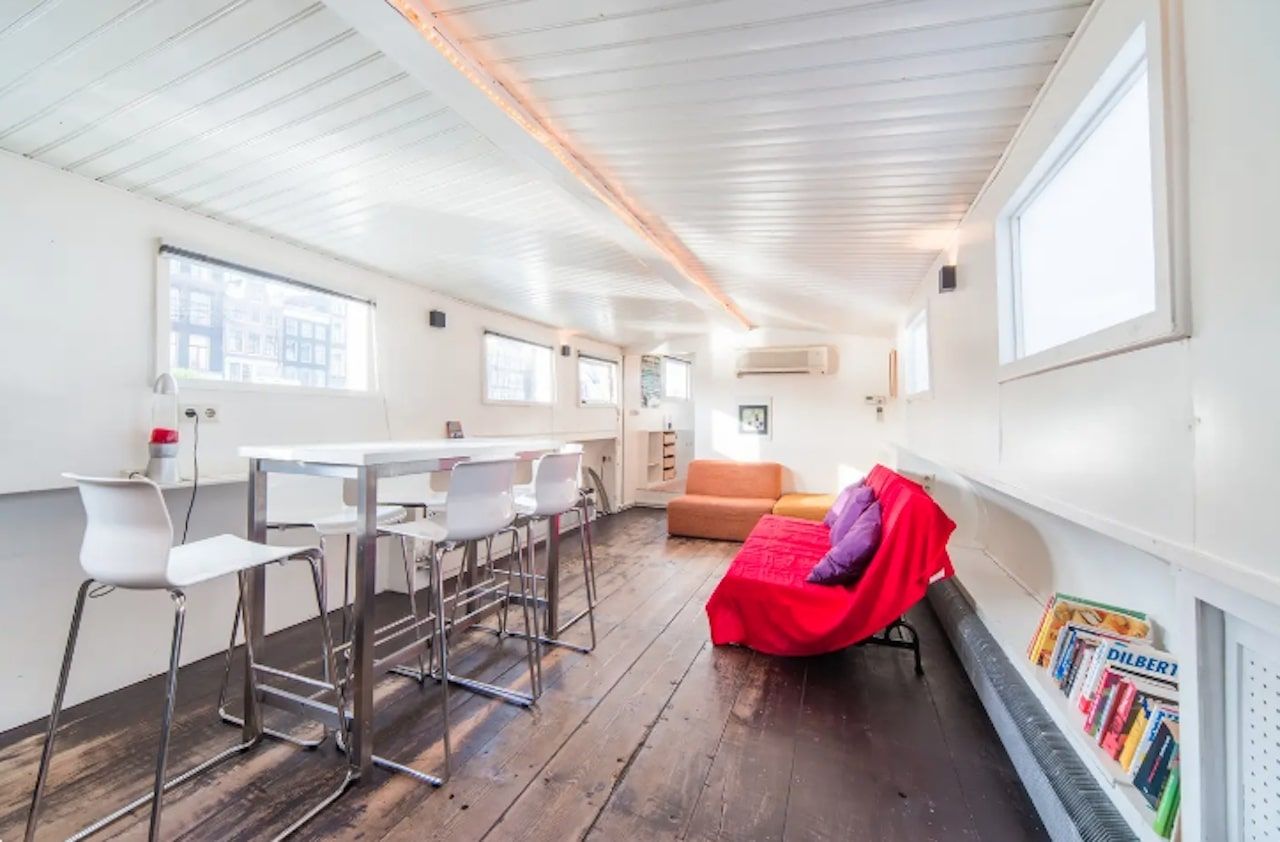 A houseboat in the center of Amsterdam — Clean lines and bright colors welcome you to this spacious houseboat moored on the Amstel River. Ideal for four guests, the boat combines hotel comforts with the feeling of sleeping on a giant waterbed. Watch the boats go by on the topside deck overlooking Amsterdam’s renowned Stopera, where both City Hall and the Dutch National Opera and Ballet are housed. Nearby Utrechtstraat is lined with quirky shops and restaurants. Hosts Nathalie and Daan offer breakfast and fill-the-fridge options, as well as private boat tours. 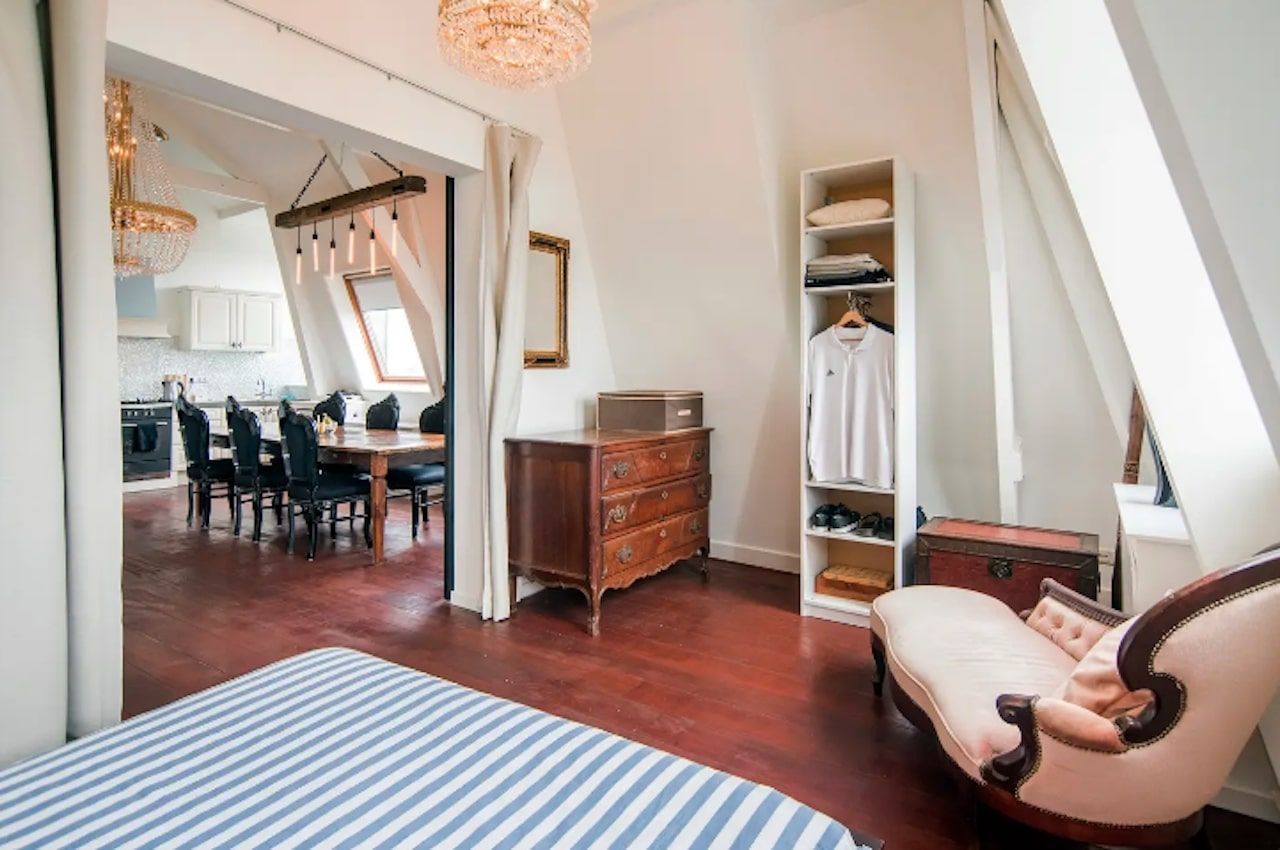 Canal penthouse — Stunning views of Singelgracht canal, the Amstel River, and the Amstel Hotel combine with designer elegance in this penthouse. Situated on the fourth floor of a 19th-century building several famous Dutch intellectuals have called home, the two-bedroom apartment features abundant natural light, high ceilings, and exposed beams. Antique furnishings include a dazzling chandelier recycled from a former theater. There’s neither cable TV nor an elevator, so it’s not suitable for news junkies or those who can’t climb stairs, but for those who can make the ascent, the panoramas at the top are a visual feast. 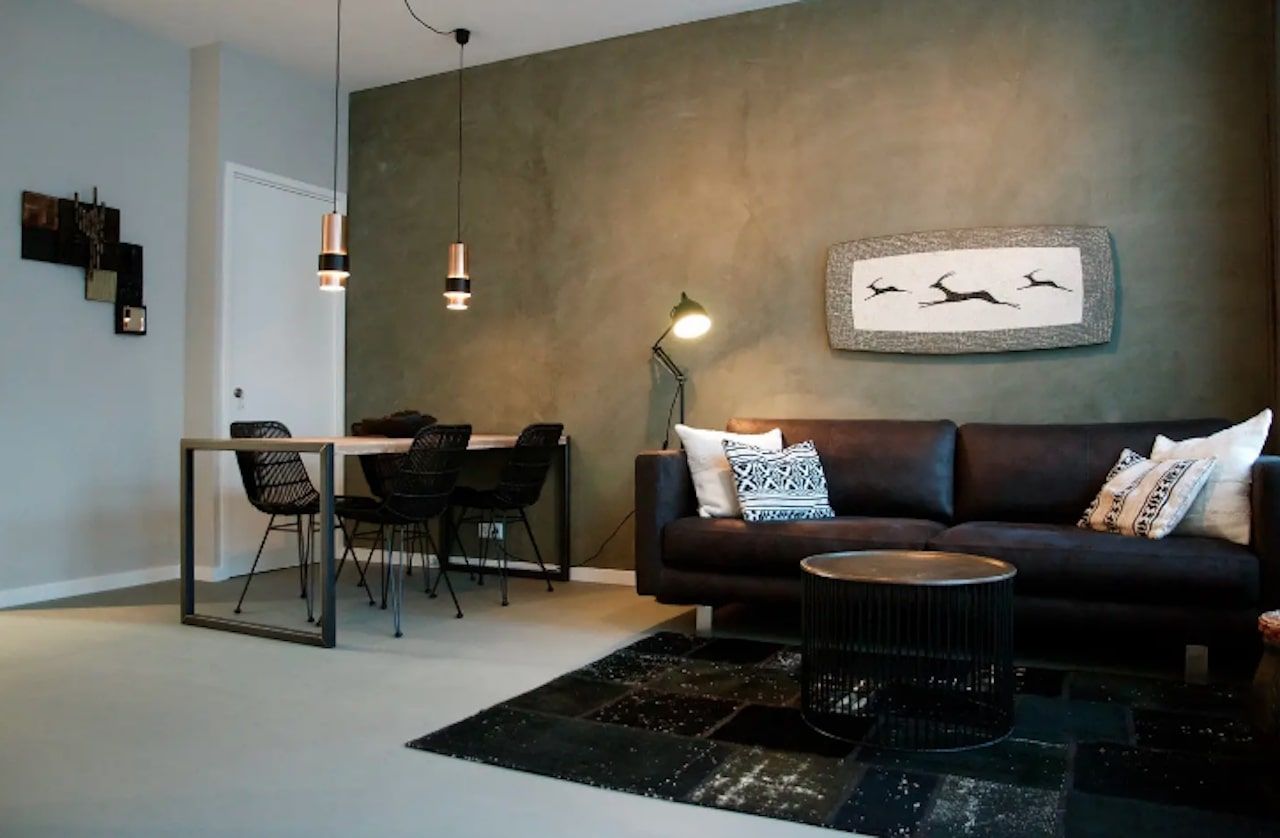 Apartment at Leidse Square — Set just off one of Amsterdam’s liveliest public squares, this apartment offers a serene escape from Leidseplein’s color and action, with neutral tones and contemporary design. There are two apartments available in this location. One requires a steep climb to the third floor, but there’s a second-floor apartment for those able to walk up two flights. Your reward is a top location, less than 10 minutes by foot from the cultural attractions on Museumplein, as well as renowned nightclubs Paradiso and Melkweg.