After delving into Amsterdam’s medieval past on day one, head to the Museum District on day two to soak up the city’s cultural legacy. With 48 hours, you can also explore some of the off-the-tourist-track sights of De Pijp, a lively neighborhood where you’re more likely to rub elbows with locals than in Amsterdam’s tourist-packed center. 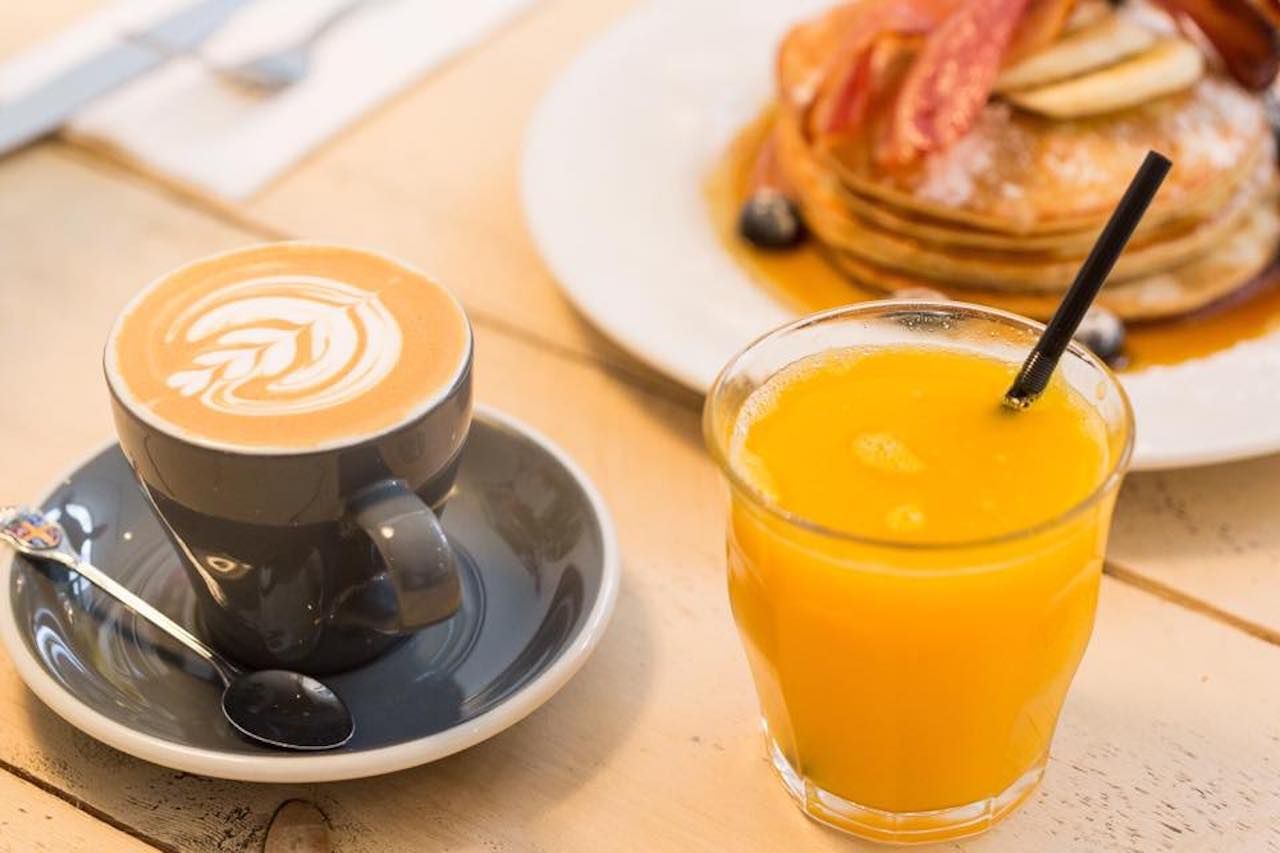 Some of Amsterdam’s best breakfast options are in De Pijp, sometimes called The Latin Quarter. The best of the best is Bakers & Roasters, a New Zealand-style café with Brazilian twists and an open kitchen that turns out an extensive array of brunch dishes, kiwi-inspired baked goods, and old-school milkshakes all day long. 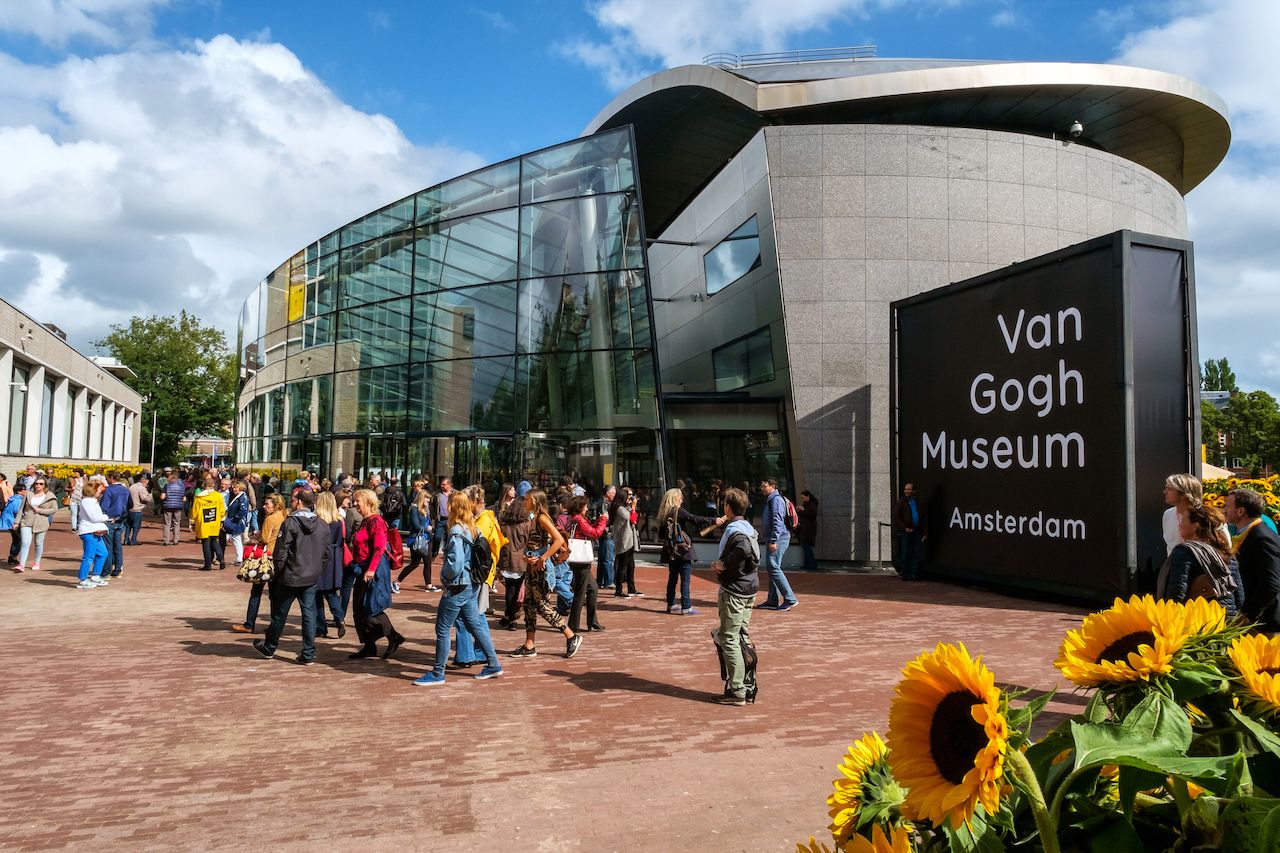 After a hearty breakfast, you’ll be fueled to explore Amsterdam’s upscale Museum District, which is home to numerous cultural venues, two popular green spaces (Museumplein and Vondelpark), and a lively entertainment square. A number of bars, restaurants, nightclubs, and hotels surround always buzzing Leidseplein. The square is also the setting for Amsterdam’s main theater, the Stadsschouwburg, as well as the DeLaMar Theater where popular musicals are staged. Two iconic music venues, Paradiso and Melkweg, add an edgy vibe just off the square.

You’ll find three repositories of iconic art (Rijksmuseum, Van Gogh Museum, and Stedelijk Museum) in the Museum Quarter, as well as many smaller galleries and the world-renowned Concertgebouw. Antique lovers will enjoy browsing the galleries of the nearby Spiegelkwartier, while fashionistas can get their fix in the designer boutiques lining P.C. Hooftstraat, Amsterdam’s most exclusive shopping street. The neighborhood’s quirkiest attraction may be the Zevenlandenhuizen (Houses of Seven Lands), a row of seven houses alongside Vondelpark, each in the architectural style of a different European country.

Lunch with a purpose 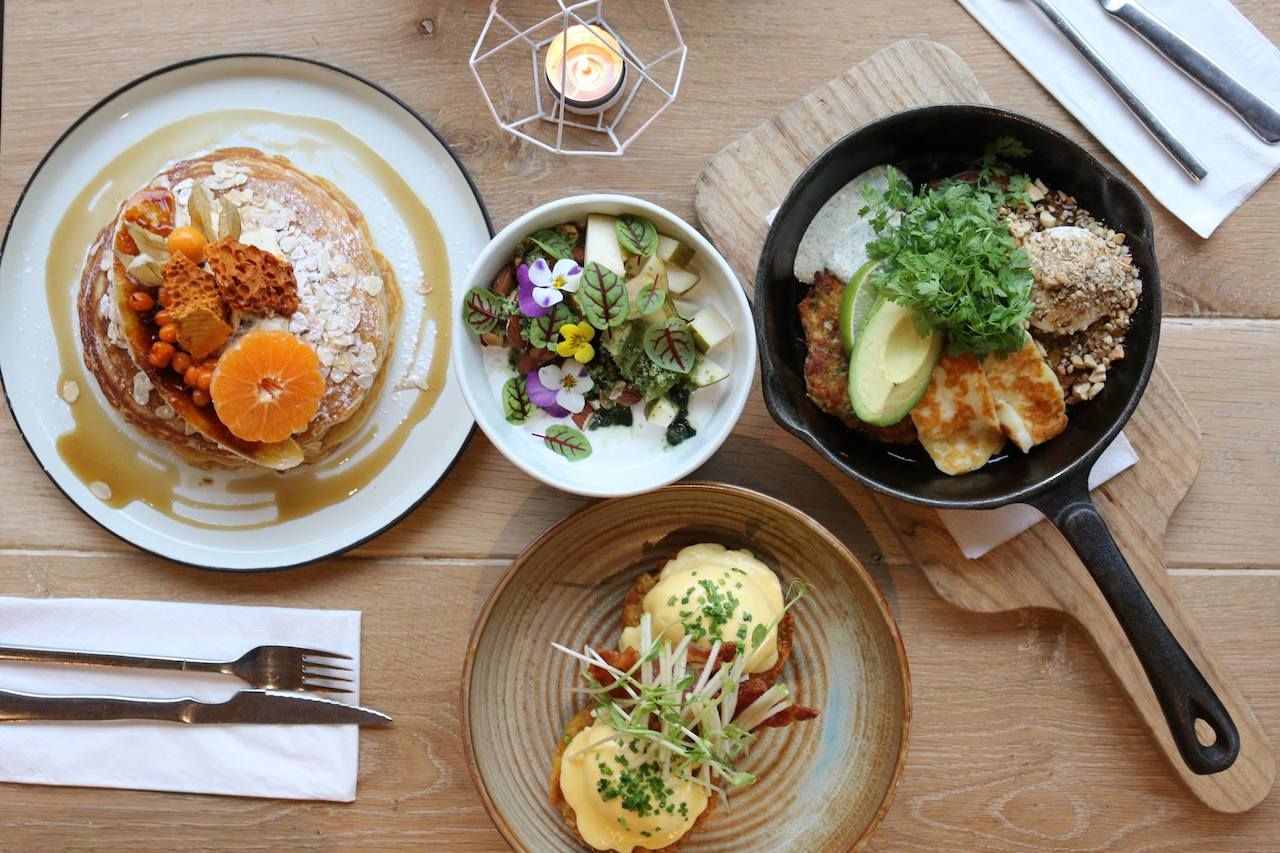 Following a morning of highbrow culture, stop for lunch at Vondelpark 3, a sprawling restaurant in the heart of the city’s favorite park. Or opt to do good while eating well at Dignita, an airy café just south of Vondelpark, serving an all-day brunch that supports victims of human trafficking and other vulnerable individuals. 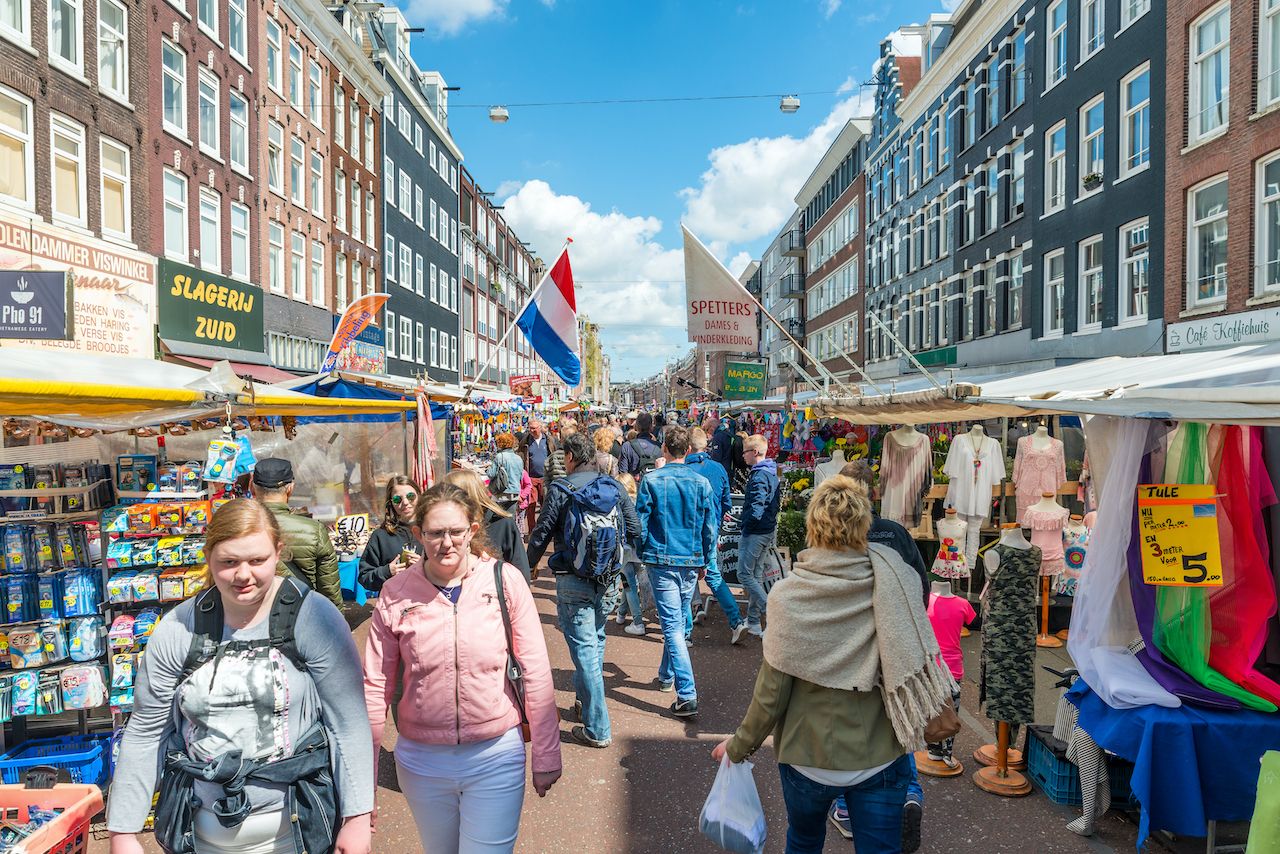 Just east of the Museum Quarter, De Pijp’s bohemian flavor contrasts with the posh vibe of the Oud-Zuid. The neighborhood is renowned for its narrow townhouses, which were originally built to house low-income families. On any day but Sunday, you can stroll through the Albert Cuyp market where more than 260 stalls sell fresh fruit and veggies, clothing, toys, yummy stroopwafels, and just about everything else you never knew you needed.

If you haven’t had your fill of sweets in the market, take a break at Taart van mijn Tante, a fantasy tearoom serving decadent desserts in a mish-mash of colorful crockery and furniture. Can’t resist visiting an overpriced brewery-turned-museum? Join the inevitable line of tourists at the Heineken Experience, an homage to a beer that once soaked De Pijp with the fragrance of fermenting hops.

A taste of Indonesian cuisine 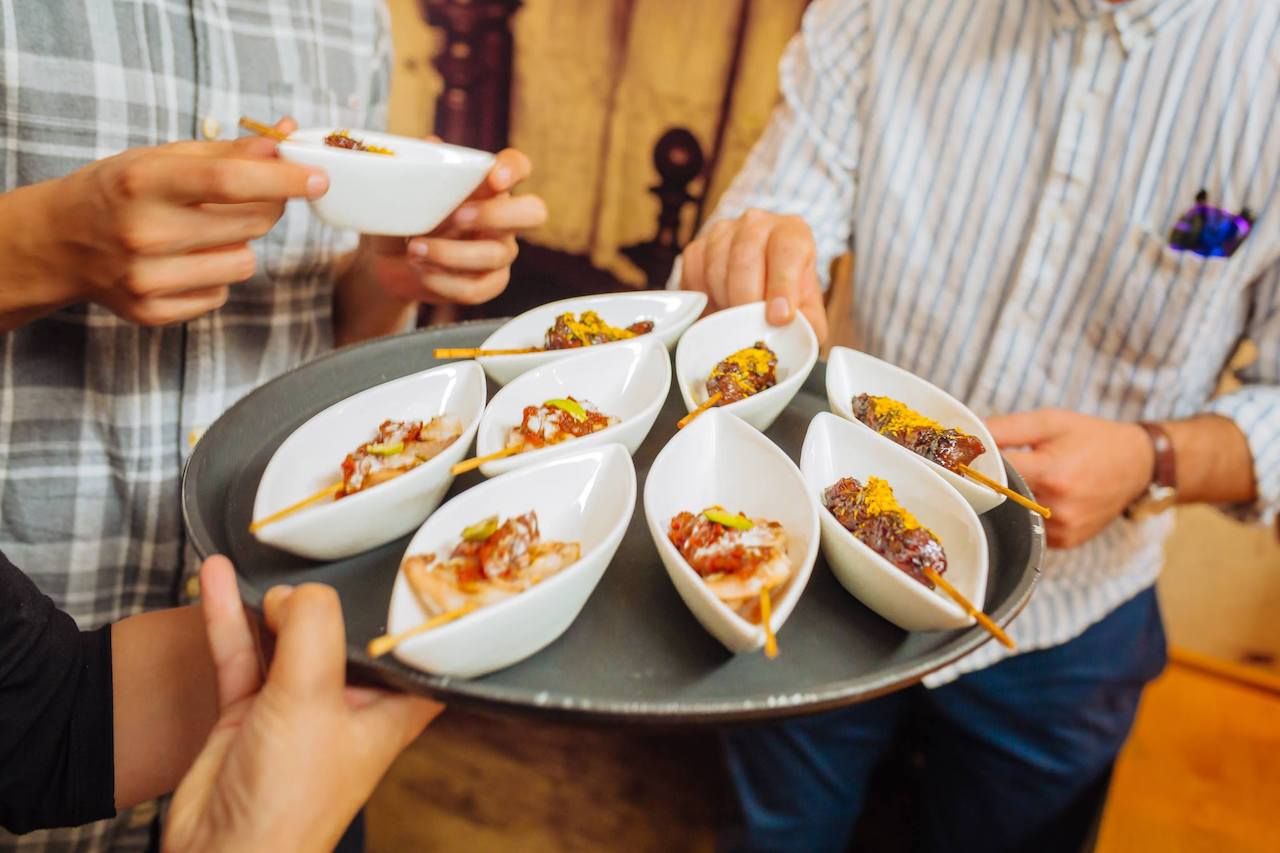 Amsterdam’s history is just as obvious in its restaurants as its museums. Due to the Netherlands’ colonial history, there’s a rich Indonesian influence among Amsterdam’s restaurants. A must-try is rijsttafel (literally “rice table”), which are dozens of small shareable dishes spiced from mild to nuclear-heat levels and served over rice. Rijsttafel gained popularity in Amsterdam following a post-World War II wave of Indonesian immigrants and is a staple today.

You’ll need more than the hour or so typically allotted for dinner to savor a rijsttafel feast. Local options include Blauw, a sleek venue near Vondelpark with trendy decor and a romantic ambiance. For equally good fare without the ambiance, try Tempo Doeloe, where dishes arrive in order from mildest to hottest. Wherever you choose to experience this culinary tradition, bring friends and a big appetite for chicken and goat saté skewers, meat and fish curries, boiled eggs in spicy sauces, slow-cooked beef rendang, and crunchy banana fritters.