Amsterdam may be a compact city, but it encompasses more than 30 parks, each offering a respite from the bustle of trams, tourists, and commercial temptations. From Westerpark on the western edge to Amsterdam Bos on the city’s southern outskirts, there’s a bit of green space no matter where you wander. You can bring a barbecue to Rembrandtpark, Oosterpark, and Park Frankendael or enjoy open-air theater at Vondelpark and the Amsterdam Bos. Just want to chill on the grass with a picnic and friends? Here are some of the best places to escape in Amsterdam. 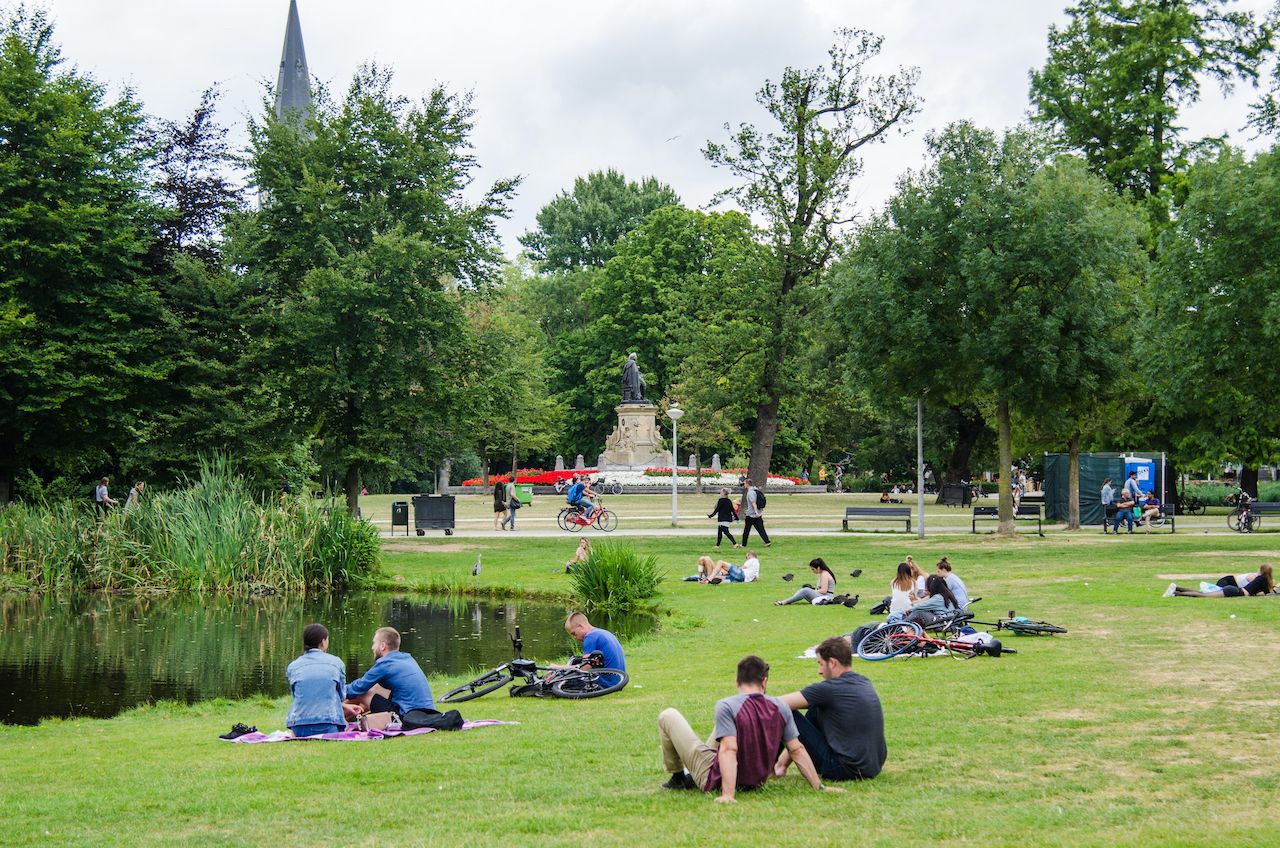 Vondelpark — Amsterdam’s “green lung” is a 120-acre oasis of peace tucked just south of buzzing Leidseplein in the heart of the city. Beloved by locals and visited by some 12 million annual tourists, the park opened in 1865 as the Nieuwe Park. It was later renamed after 17th-century Dutch playwright Joost van den Vondel. Along with ponds, fountains, playgrounds, and expansive green spaces, you’ll find a skate-rental shop, open-air theater, and rose garden with more than 70 types of roses. Dining options include the Blauwe Theehuis, Café Vertigo, Vondelpark3, De Vondeltuin, and the Groot Melkhuis, as well as roving hot dog and ice cream carts. 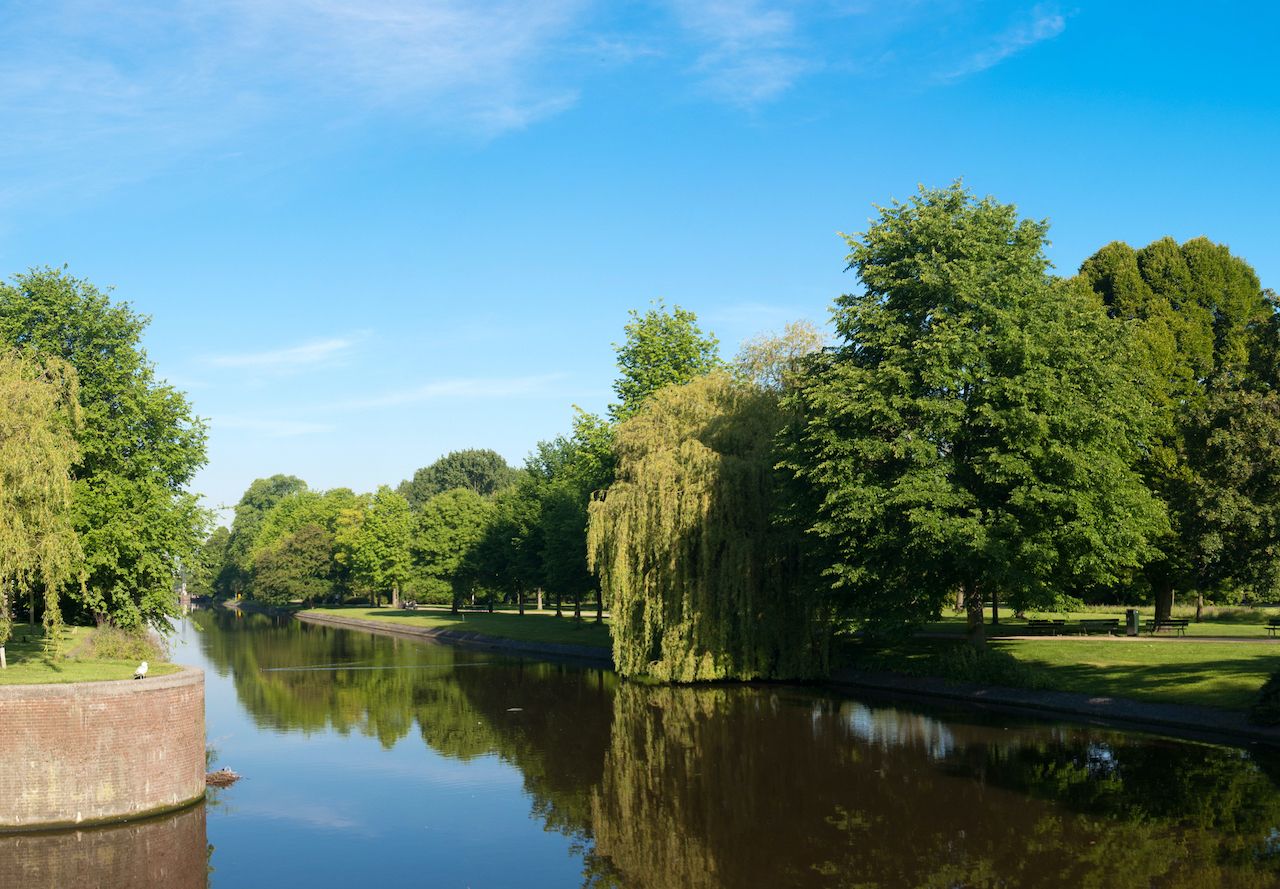 Westerpark — Nature meets culture at Amsterdam’s first municipal park, an expansive green space on the city’s western edge. Opened in 1845, the park encompasses Westergasfabriek, a cultural center set in 13 red-brick, neo-renaissance-style buildings that once housed the city’s gasworks and are now home to festivals and markets throughout the year. A headless woman floating in a pond with a fountain is a conversation starter while a petting zoo and wading pond offer fun for kids of all ages. Permanent fixtures of the culture park include the Troost Brewery, Westerunie nightclub, and Het Ketelhuis cinema, plus a slew of restaurants and other entertainment venues. 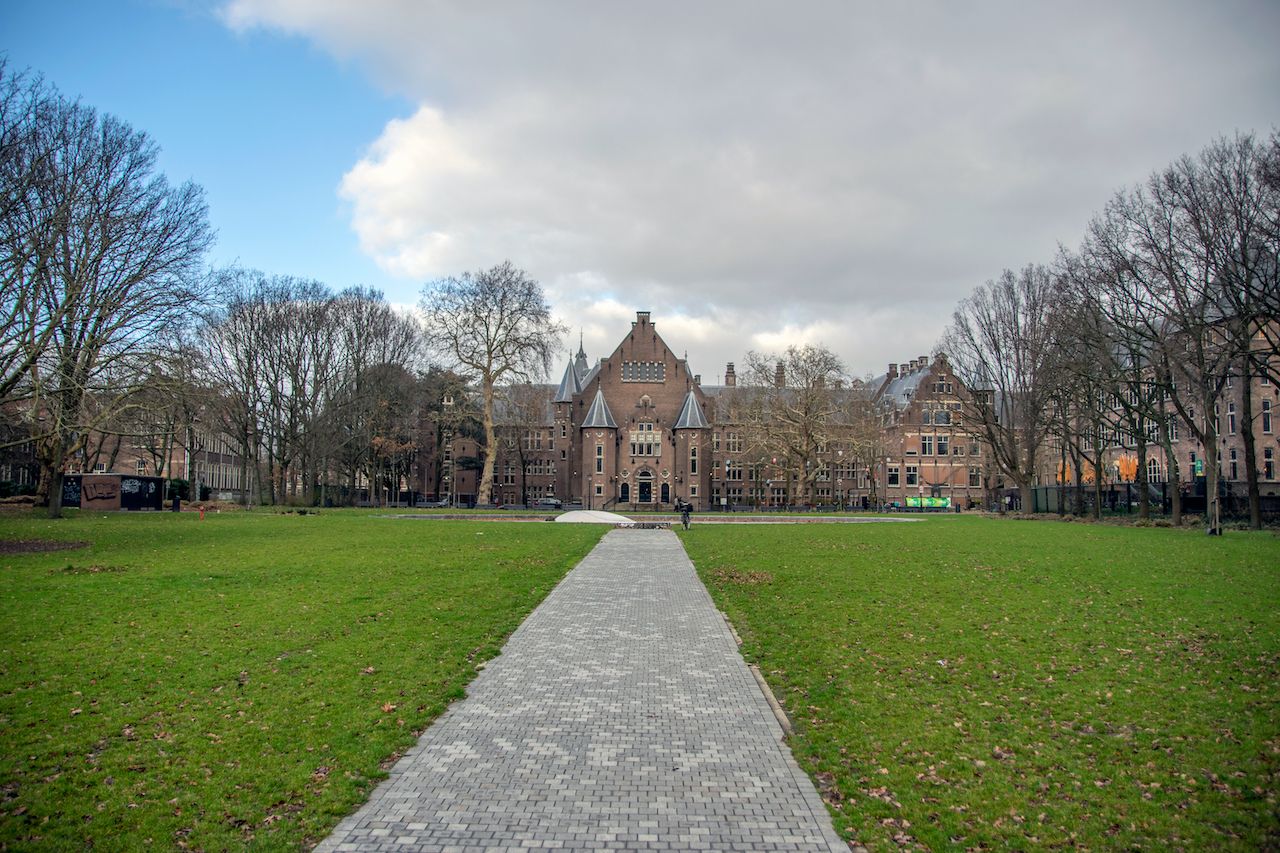 Oosterpark — Amsterdam’s diversity is on full display when locals from Suriname, Turkey, Morocco, and Eastern Europe vent at the “speaker’s stone” in this large park in East Amsterdam every Sunday at 1:00 PM. Designed in the English landscape style, Oosterpark has a natural feel, with a pond populated by grey herons and a few rare, wild parrots. Among the numerous monuments are one commemorating the abolition of slavery in the Netherlands in 1861 and another honoring Theo van Gogh, a distant cousin of the painter who was murdered in 2004 by a Muslim extremist. Streams, walking paths, and a children’s wading pool make this a great place to chill, with fewer tourists than Vondelpark or Westerpark — except in July, when Oosterpark hosts the Amsterdam Roots Festival, the city’s largest world music event. 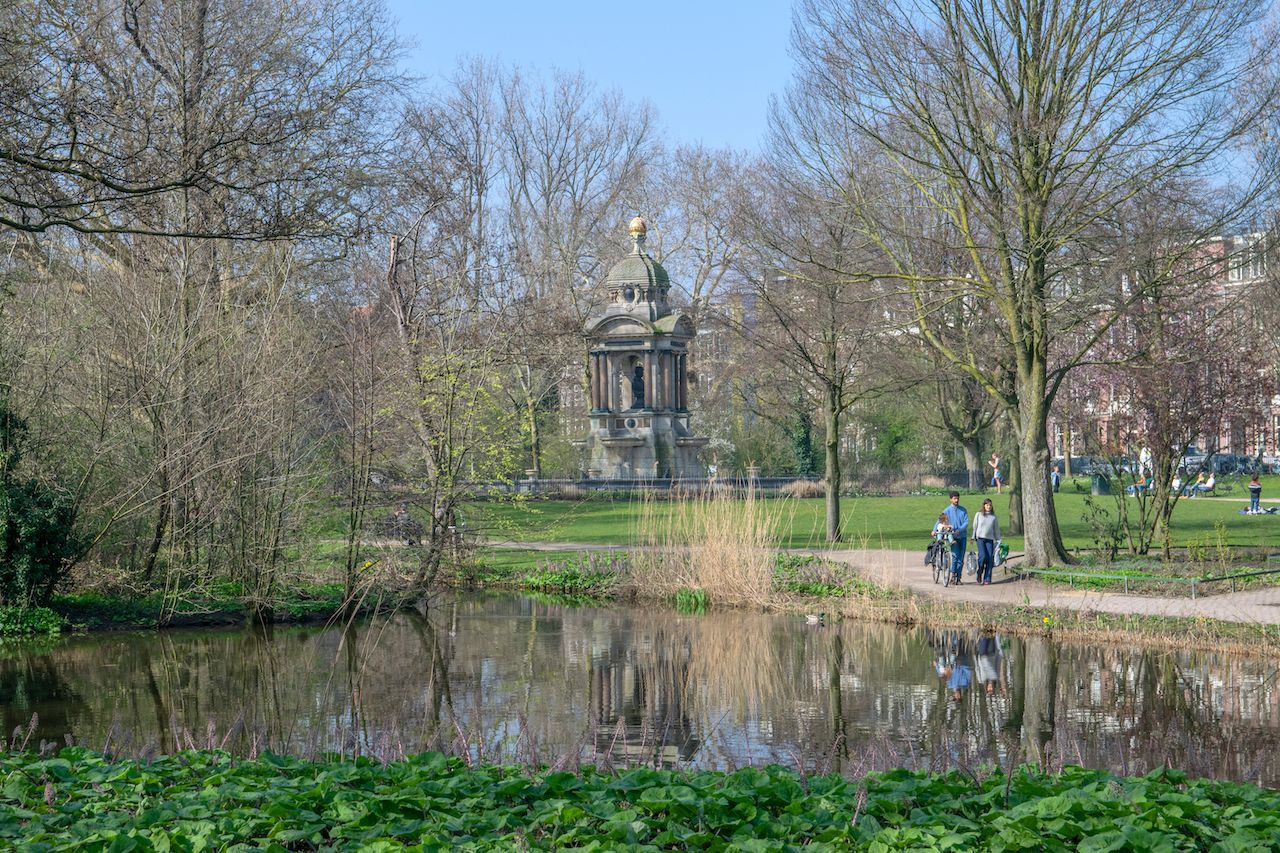 Sarphatipark — Jewish philanthropist Samuel Sarphati fought significant battles to construct this small, manicured neighborhood park in lively De Pijp. The two-block rectangle of green is behind the Heineken Experience, just a few blocks from the Albert Cuyp market, making it a fine spot for a picnic with fare from the city’s largest outdoor street market. A monument of Dr. Sarphati is a focal point that testifies to the philanthropist’s dedication to creating the park in the 19th century. 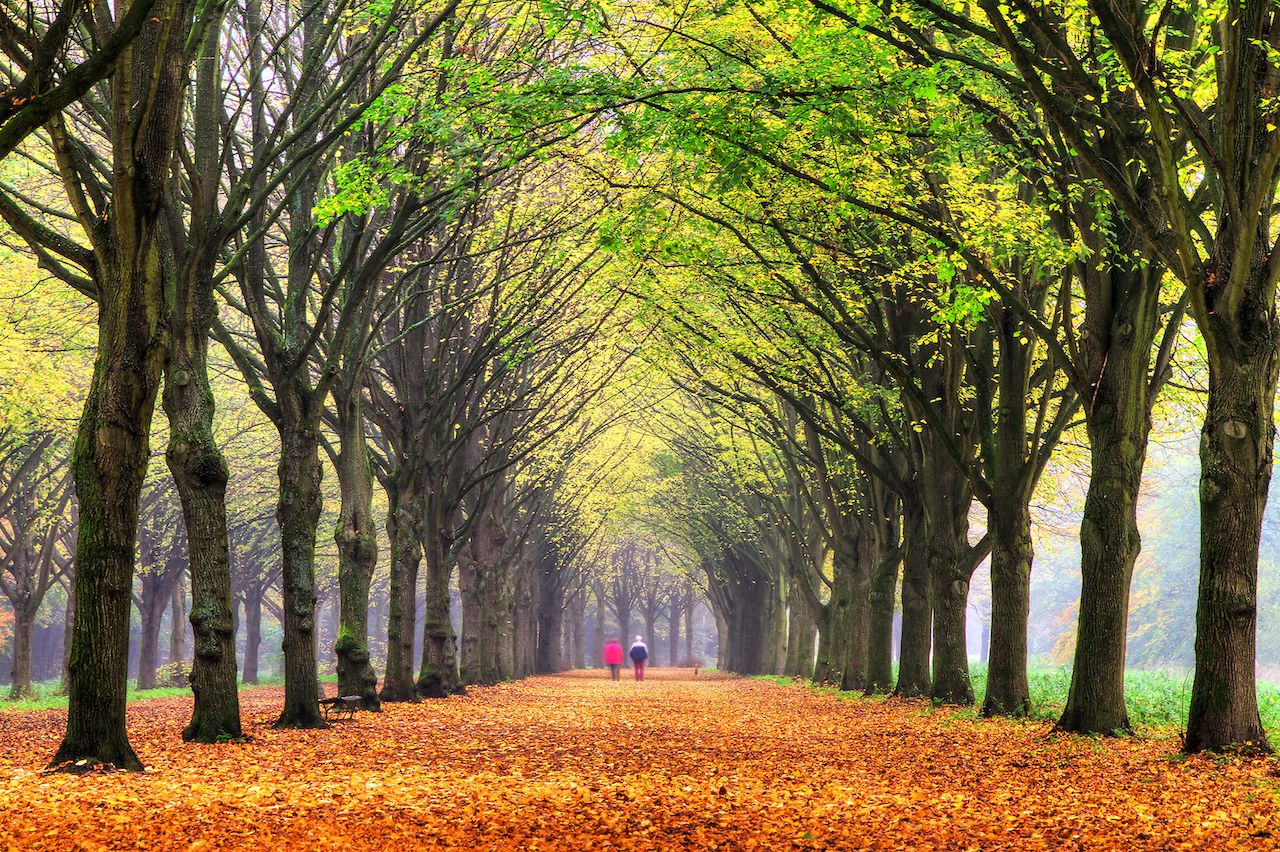 Amsterdam Bos — On the southern outskirts of the city, het Amsterdam Bos, or the Amsterdam Forest, features lush meadows, winding bike paths and bike rental facilities, an organic goat farm and petting zoo, two cheese farms, and numerous lakes, swimming pools, and sports facilities. You can rent a canoe or pedal boat at Grote Vijver Lake, hire a horse at one of two stables, see a play at the open-air theater in summer, or slide down an artificial mountain in winter. For joggers and gymnasts, a special route features fences, horizontal bars, rings, and balance beams. For nude sunbathers, a patch has been set aside near De Amstelveense Poel Lake. 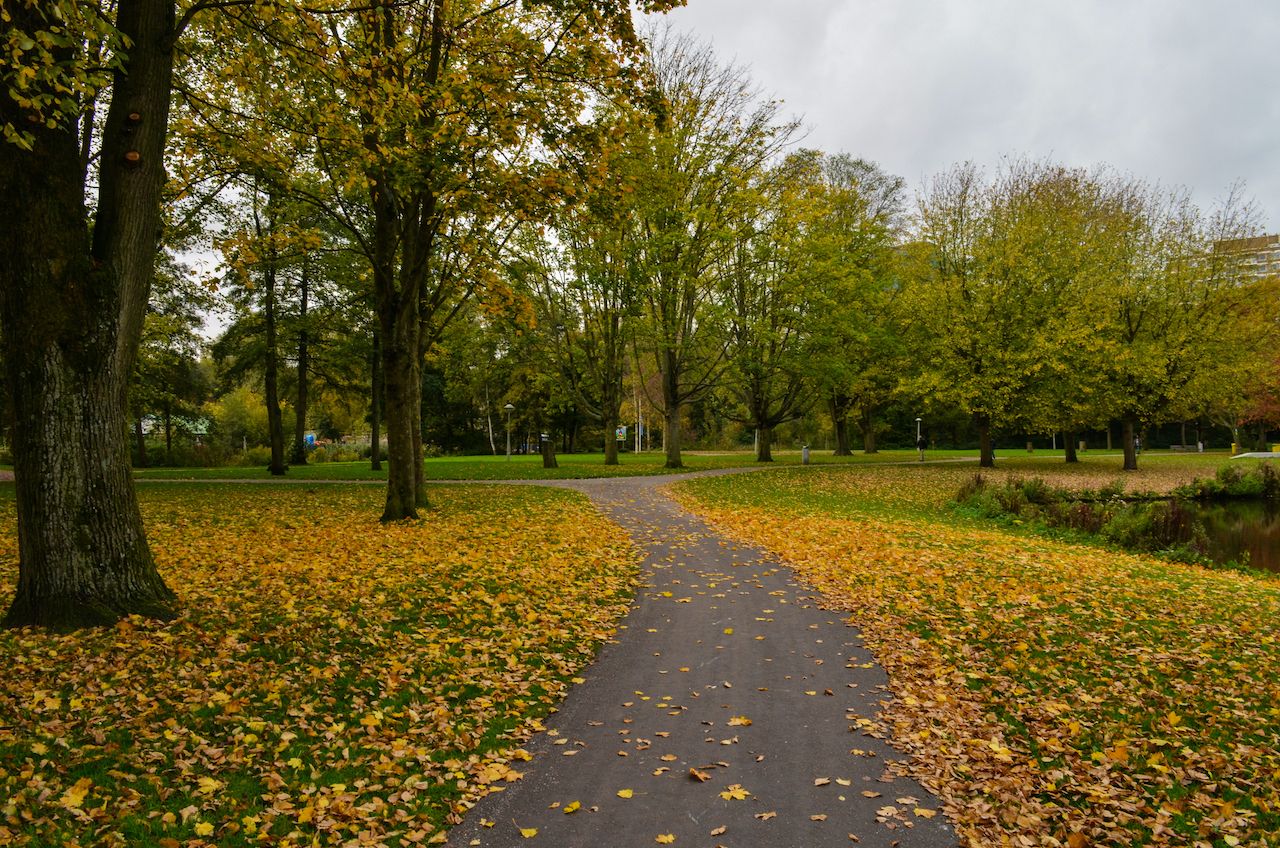 Rembrandtpark — Like Amsterdam’s similarly named party square, Rembrandtpark commemorates one of the Netherland’s most renowned Golden Age artists. Unlike Rembrandtplein, this bucolic oasis in Amsterdam West is largely ignored by tourists. It features not one but several statues of Rembrandt scattered throughout the park, which is laced with walking and cycling paths and studded with ponds and playgrounds. Rembrandtpark is home to abundant birds and wildlife, as well as Amsterdam’s oldest petting zoo and one of the city’s playgrounds, featuring a water-play area and climbing pyramid for kids. 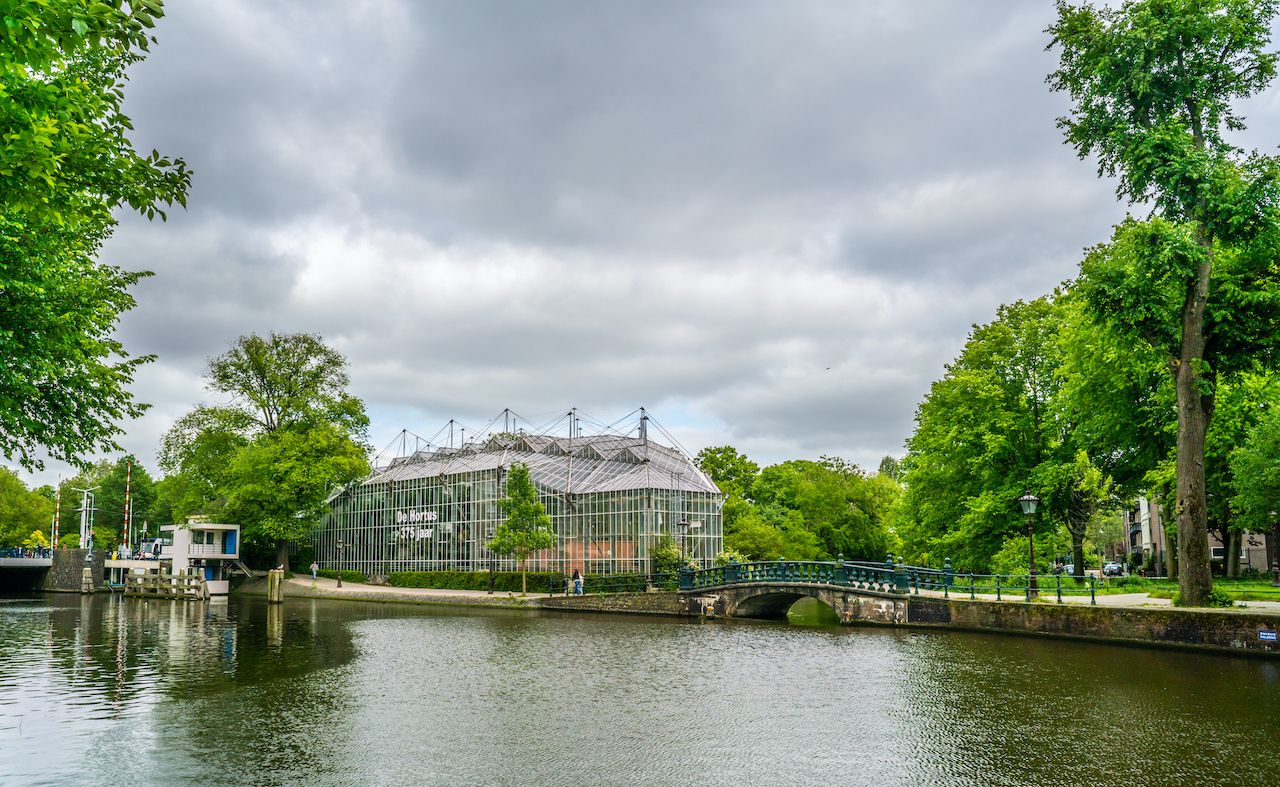 Hortus Botanicus — One of the world’s oldest botanical gardens has roots that go back to 1638 when it was established as a medicinal herb garden in East Amsterdam. Four centuries later, more than 6,000 different indigenous and non-native trees and plants — many unknown in Europe until they were imported from all over the world by Dutch East India Company traders — flourish in its lush greenhouses and outdoor gardens. Hundreds of butterflies fly around in one greenhouse while a giant hothouse creates conditions for three different tropical climates. Visit at dusk to witness a 154-year-old lily open its flower. Even if plants aren’t your passion, Hortus’s airy café, The Orangery, is a cozy spot for lunch or drinks with a large outside terrace that opens to the garden.