If you only have 24 hours to spare, a city as big as London can feel overwhelming. But don’t let the size of the British capital put you off, because a lot of its most famous attractions are within walking distance and the public transportation network will get you anywhere in the city in a flash. With that in mind, this one-day itinerary will take you to London’s iconic sites so that you can learn all about the British monarchy, visit some of the nation’s most famous landmarks, experience the city’s daring arts and cultural scene, and get a real taste for what the capital has to offer.

A morning excursion fit for royalty 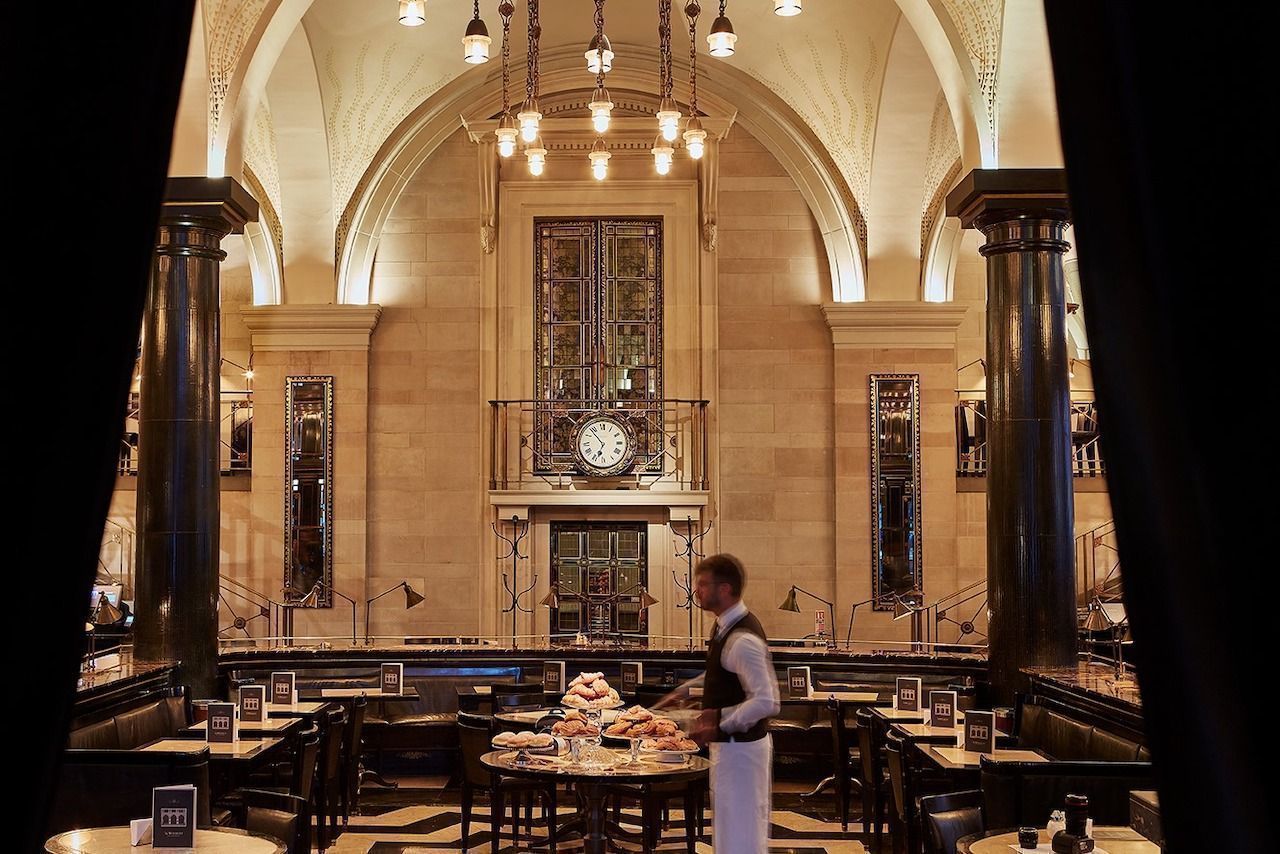 There’s no better way to start your first day in London than by filling up on a full English breakfast. This British staple typically consists of poached, fried, or scrambled eggs on toast, accompanied by baked beans, bacon, and sausages. Wash this all down with a cup of English breakfast tea for the ultimate combo. Although you’ll find this dish across the city, the English Rose Cafe & Tea Shop, a family-run cafe serving traditional homemade food in the elegant Piccadilly area, is a surefire way to start your day in a delicious way. For an indulgent breakfast experience set within a grand Art Deco building, The Wolsley is perfect for those ready to splurge a little. Both restaurants can be found within a short walking distance of Piccadilly Circus station.

Take a short walk along Piccadilly, a road that passes high-end stores such as Fortnum & Mason along the way. Continue on through Green Park until it opens out onto Buckingham Palace. The total journey time from The Wolsey is just nine minutes. 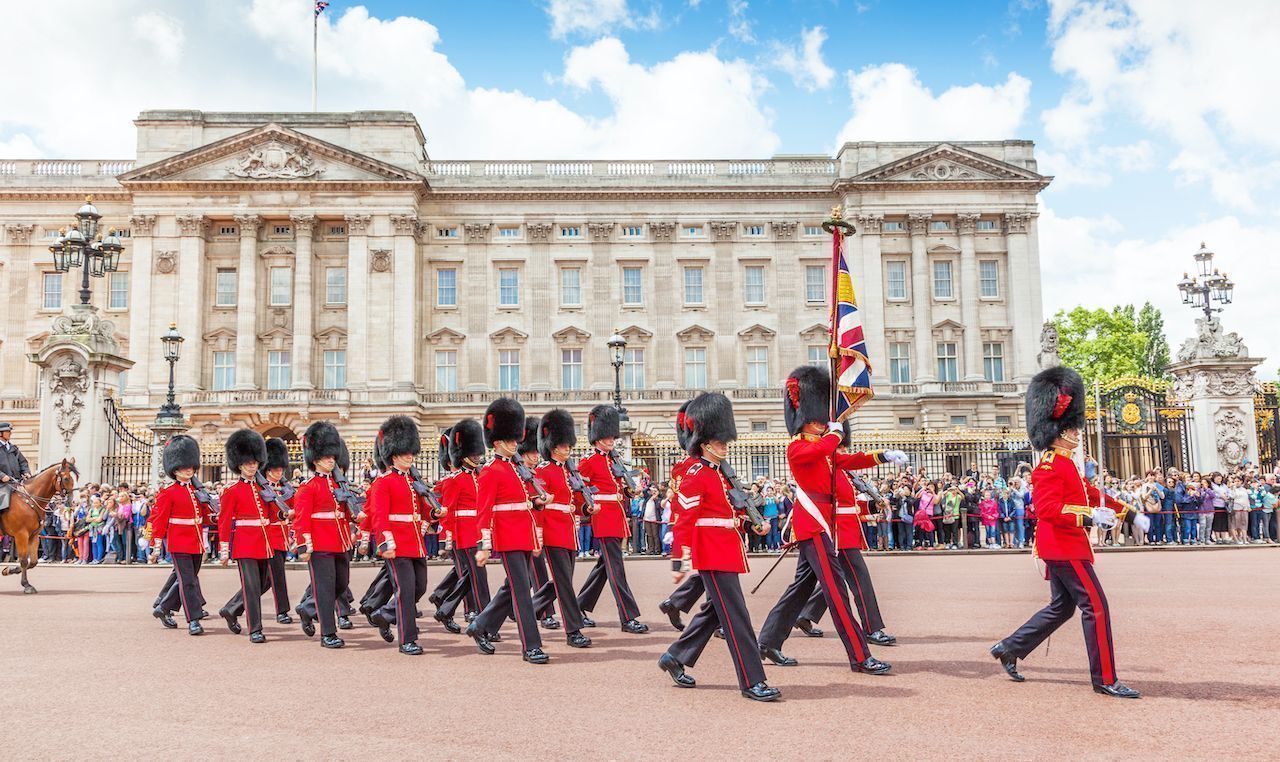 A day of sightseeing in London isn’t complete without a trip to Buckingham Palace, the royal residence of Queen Elizabeth II. Those visiting between July and October can enter the palace for $32 to visit the state rooms and gardens. If you arrive outside of this time, don’t fret as you will still be able to catch the Changing of the Guard parade. Watch the Queen’s Guard change their shifts accompanied by a marching band at the palace gates every day in June and July, and on Monday, Wednesday, Friday, and Sunday throughout the rest of the year.

From palace to parliament in one quick walk

Located directly in front of Buckingham Palace is St James’s Park with its beautifully landscaped gardens, monuments, and wildlife. 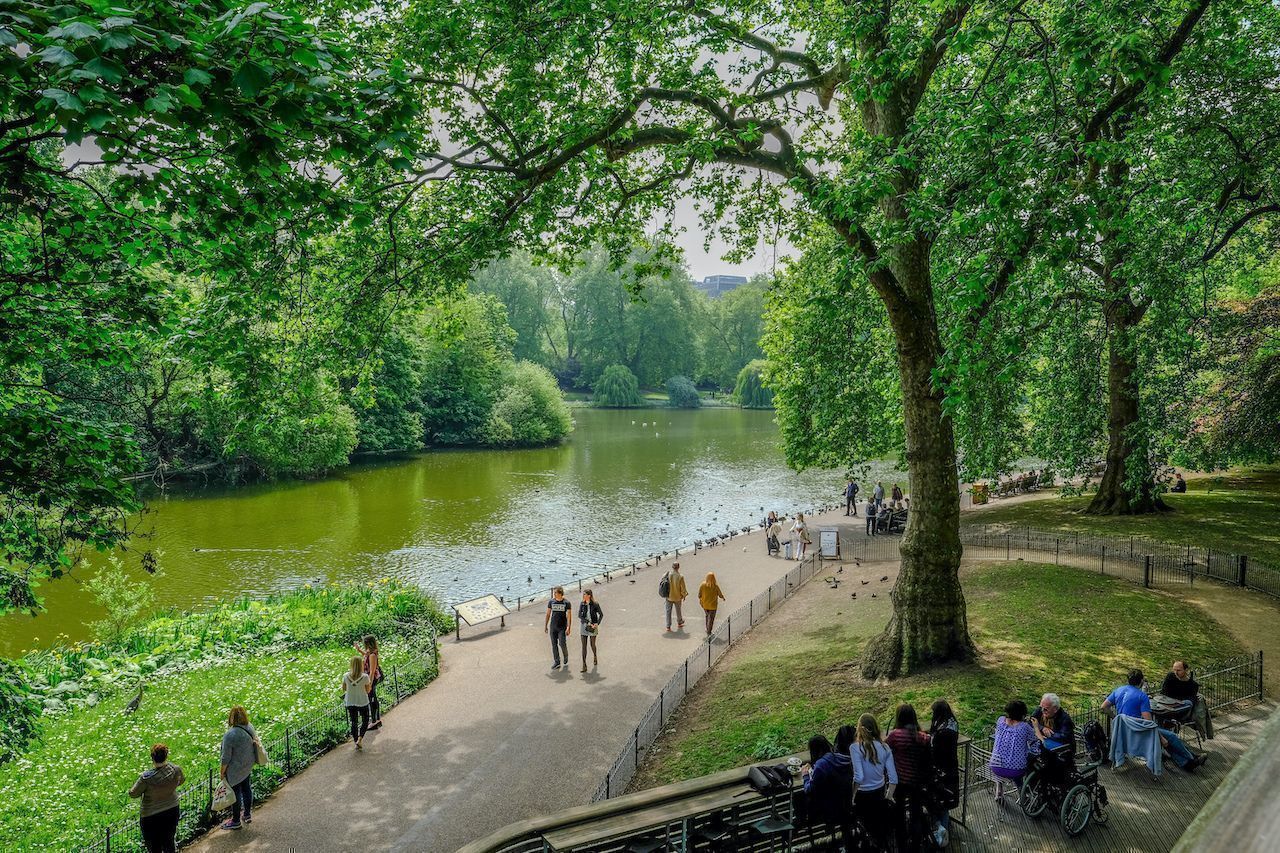 Take a peaceful stroll through the park, leaving Buckingham Palace behind, and enjoy stunning views of the London Eye and Big Ben. This royal park is home to a variety of statues and memorials, along with plenty of greenery. You’ll often see locals gathering together for picnics and horses from the nearby stables taking their daily walks. Don’t miss Duck Island, a little isle situated at the center of St James’s Park Lake with a wide variety of wildlife, including the park’s resident pelicans. 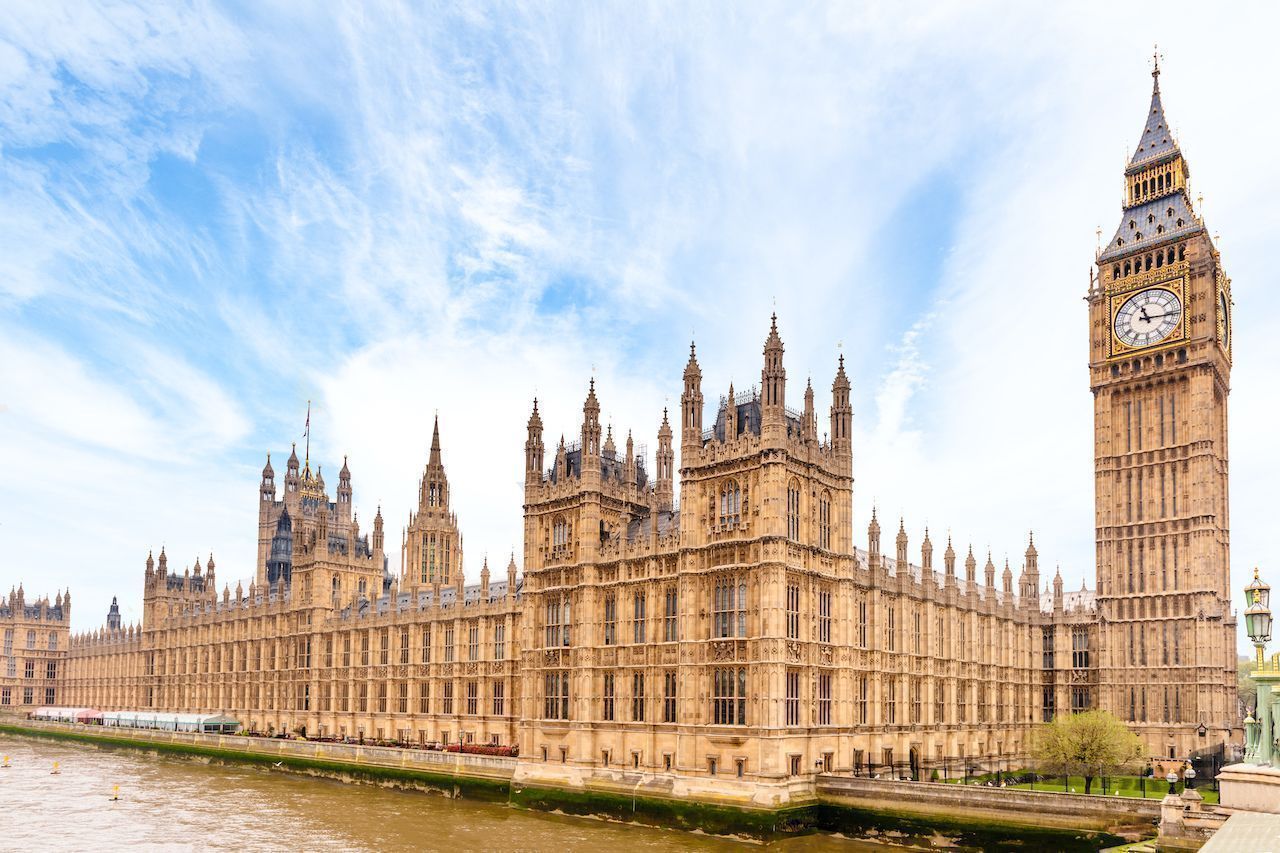 From the top of St James’s Park Lake, take the exit onto Horse Guards Road and walk for just over five minutes, turning onto One Great George Street, until you find the Houses of Parliament and Big Ben. Take an audio or guided tour of the Royal Gallery, Lords Chamber, Members Lobby, and Commons Chamber at the Houses of Parliament to understand what a constitutional monarchy is. Walk in the footsteps of the country’s most famous leaders and find out about the important proceedings that take place there. Tours are available every Saturday and on weekdays when Parliament is not in session. For the best views and photo opportunities of the Houses of Parliament, stand on Westminster Bridge, located behind the building.

Have an oh-so-British lunch

After a busy morning of sightseeing, refuel with some traditional British cuisine. Jump on one of the city’s famous red double decker buses and ride across the river toward Covent Garden. Located on West Street, The Ivy has been one of the city’s most famous restaurants since opening its doors in 1917. Once reserved exclusively for the city’s rich and famous, today this Art Deco restaurant welcomes everyone to experience its stylish interior and wholesome dishes, such as fish and chips, shepherd’s pie, and a variety of roast dinners.

Get your fill of cocktails and free art 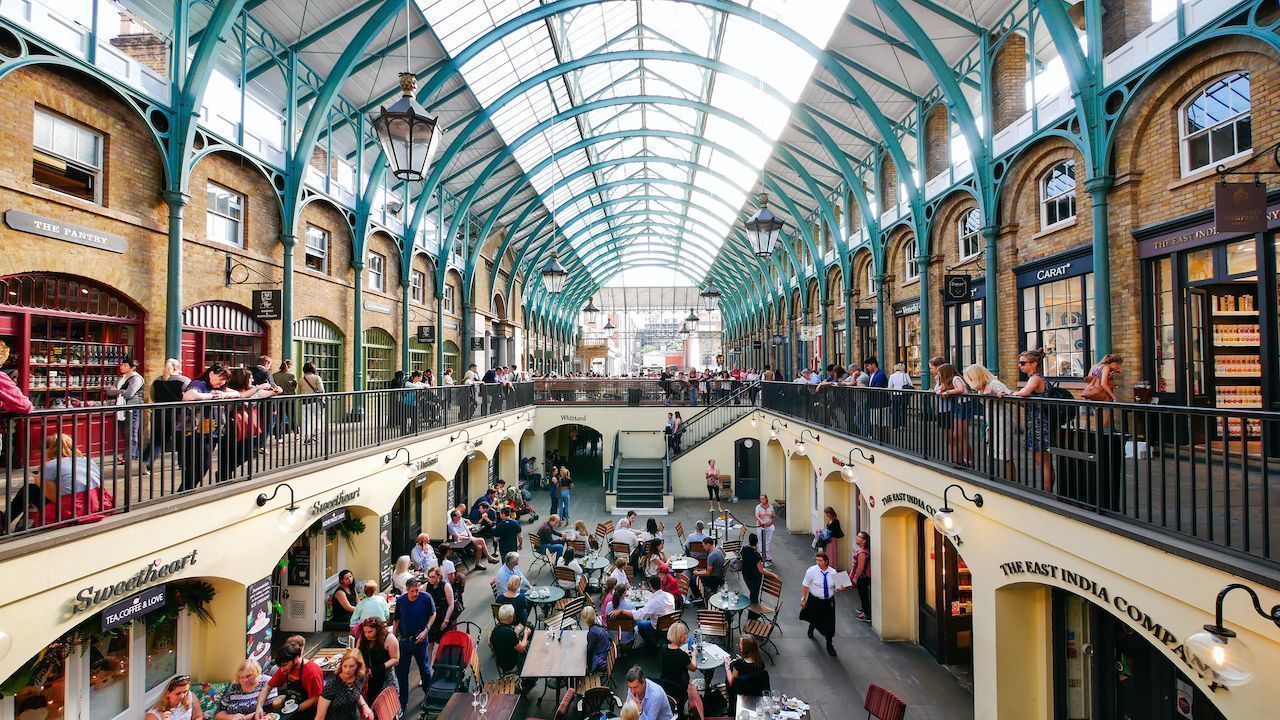 After lunch, step back outside and take a walk through Covent Garden, a hip neighborhood filled with high-end stores and live performers, from magicians to acrobats. Check out Covent Garden’s historic indoor market, where a whole host of local businesses sell artwork, crafts, homeware, handmade clothing, postcards, and one-of-a-kind souvenirs. If you want to simply rest your feet while soaking up the atmosphere, stop by Punch & Judy for tasty cocktails and unrivaled views across the square. 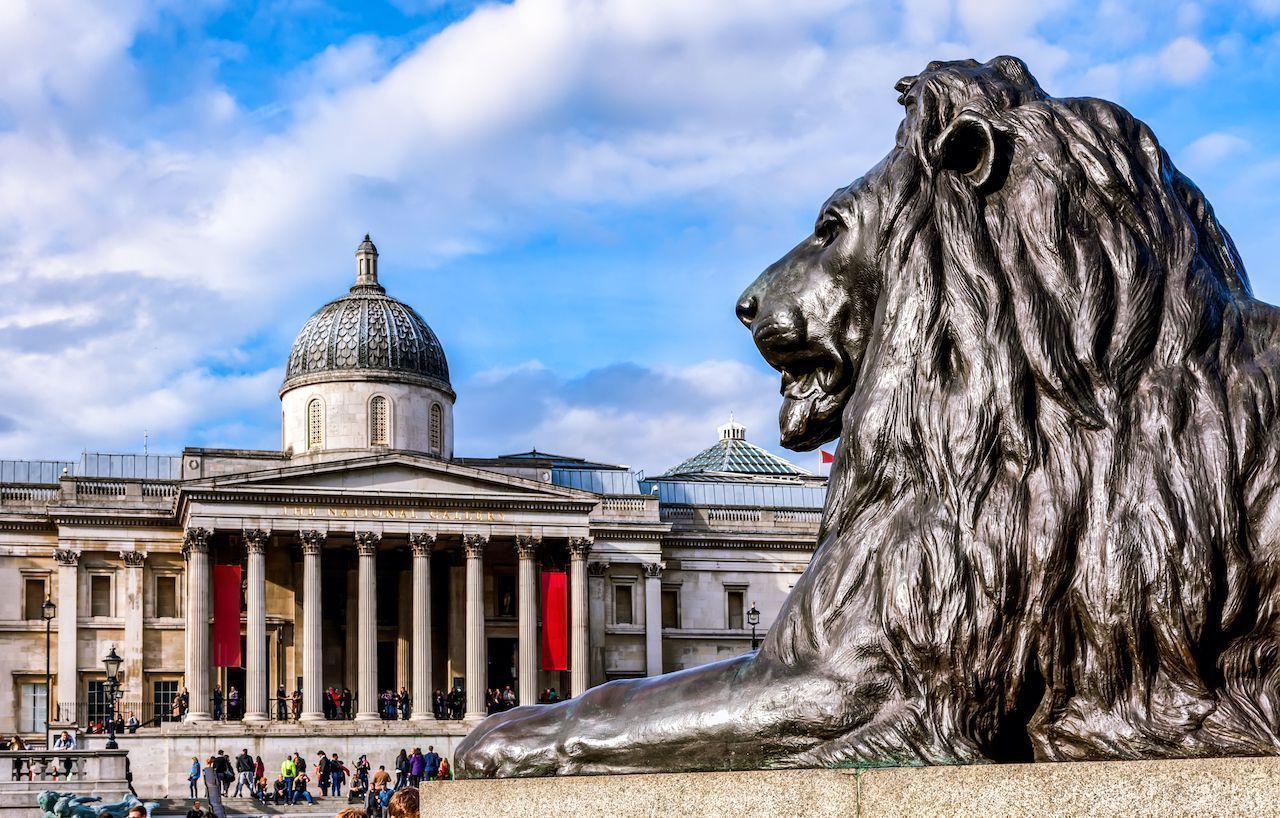 Just a 10-minute walk from Covent Garden is Trafalgar Square, in the same direction as Picadilly Circus. Trafalgar Square is one of London’s art and culture hubs. This public square is easily identifiable thanks to Nelson’s Column, a 169-foot-tall statue erected to commemorate the success of Admiral Horatio Nelson at the Battle of Trafalgar. When the square isn’t hosting a free public concert or festival, visitors can admire its stunning water fountains decorated with large stone lions. Within the square you will also find the Fourth Plinth, a tall platform that displays innovative and thought-provoking art installations. Overlooking the square, at the top of the stairs, is the National Art Gallery — pop in if you have some spare time. Offering free admission to all, the gallery provides an extensive collection of fine art that dates back to the 13th century.

End the day with world-class theater

From Trafalgar Square, on the way to theaterland, walk back to Covent Garden for some well-needed dinner at On the Bab. This popular local eatery specializes in Korean street food with a wide selection of tasty small plates and main courses at affordable prices. 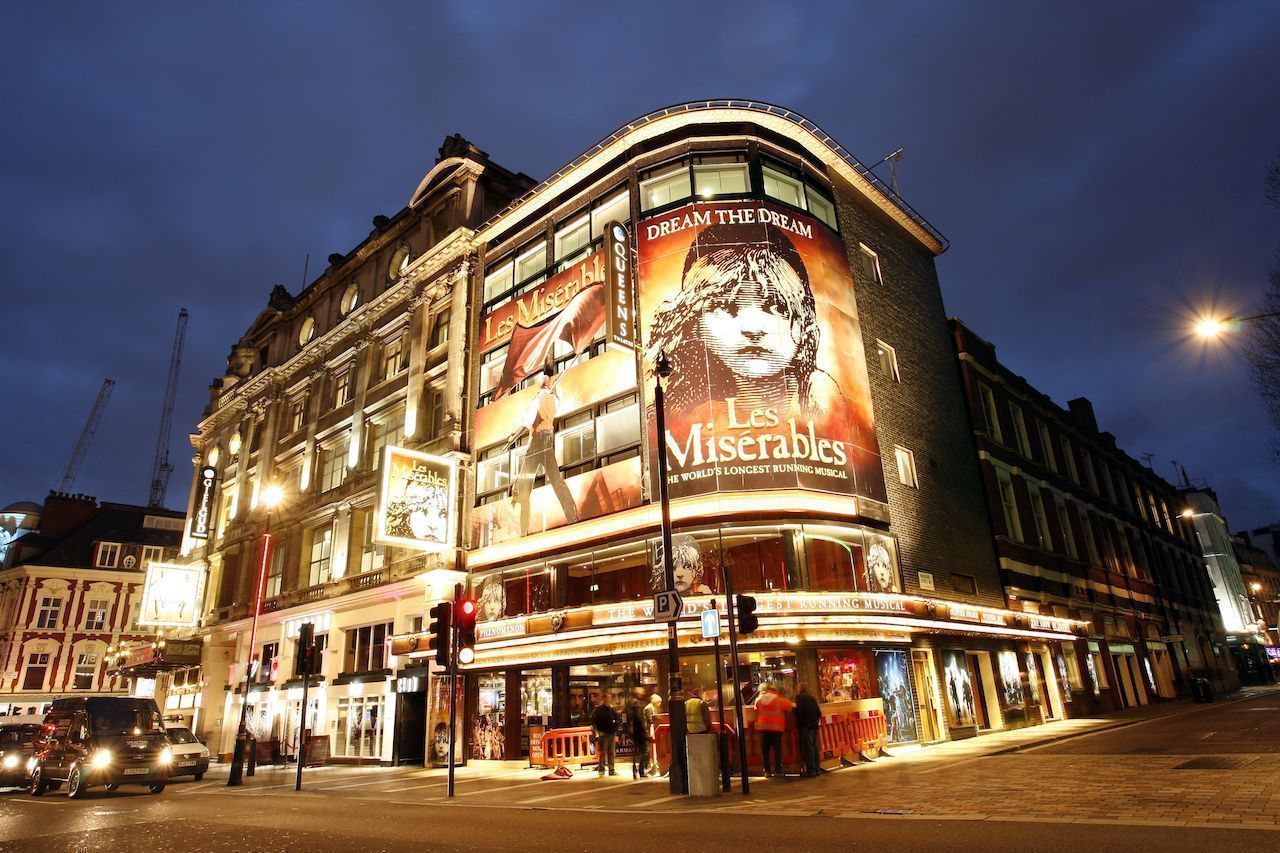 Finish off your short trip to the city with a full scale-theatrical production in London’s theaterland. The closest underground stations to the city’s West End theaters are Holborn, Covent Garden, and Piccadilly Circus. London is one of the world’s leading cities for theater and performance art. To keep up with its award-winning reputation, the city’s theater scene is always changing with new and bold productions popping up every single week. There are, however, a handful of British musical hits that never seem to leave the London stage. These include Les Miserables, The Phantom of the Opera, and Matilda, The Musical. For new and award-winning plays, head to the National Theatre, the Old Vic, or the Donmar Warehouse. Visit Sadler’s Wells for world renowned dance productions, or the Royal Opera House for opera and ballet. Some fantastic fringe theater venues include the Bush Theatre, Theatre 503, and Arcola Theatre.