As a culturally diverse city, it goes without saying that London hosts an exciting mix of events and festivals throughout the year. Often free to the public, these events give everyone the chance to come together and party with the locals. Expect plenty of carnivals, parades, and live entertainment, creating a unique atmosphere that you will not want to miss. These are some of the city’s best annual events and festivals. 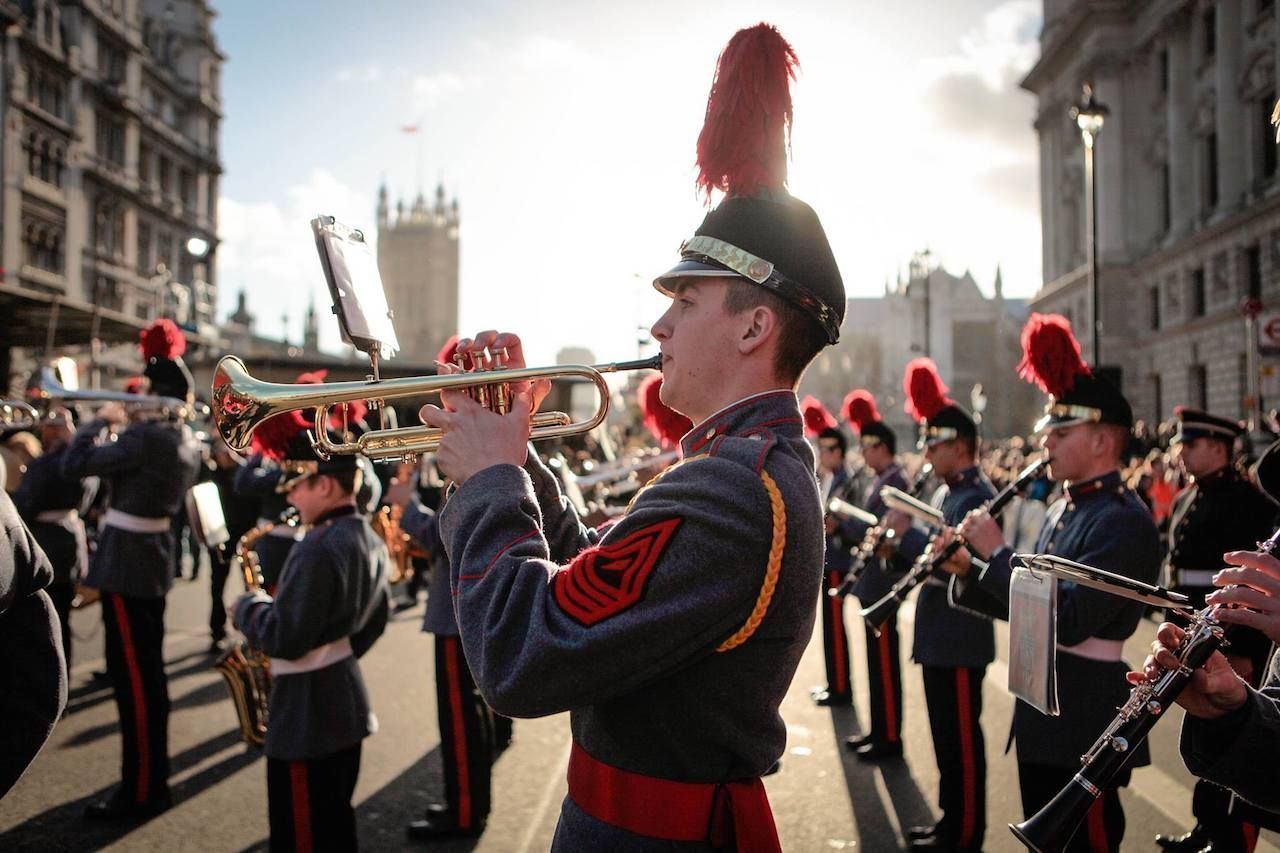 London New Year’s Day Parade — If you’re feeling fresh after a night of partying on New Year’s Eve, be sure to catch this fabulous parade. Taking place on January 1, this event welcomes the New Year in style with marching bands, dancers, and eye-catching floats. The parade starts at noon and continues on through the city center between Piccadilly Circus and Parliament Street. 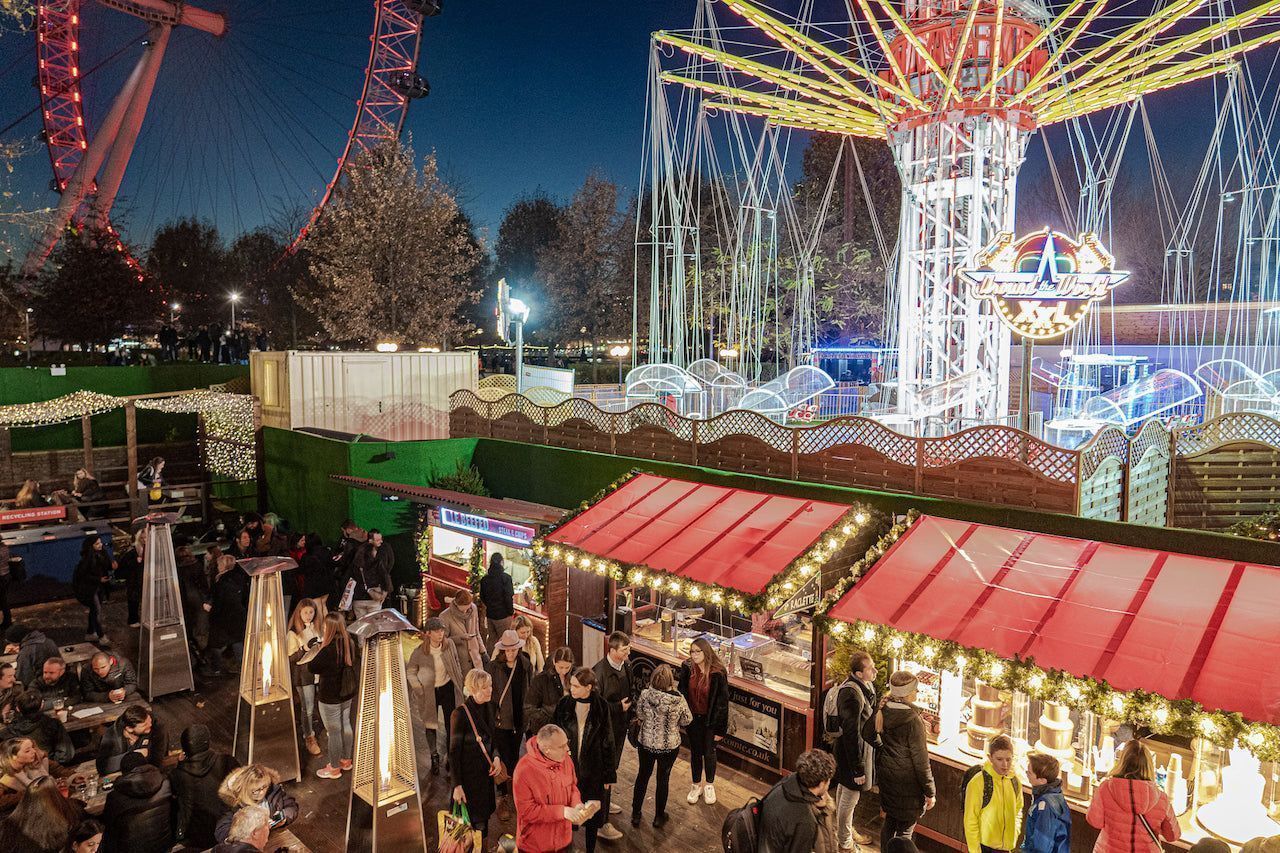 Underbelly Festival — With world-class theater productions and comedy, London sure knows a thing or two when it comes to creativity. The Underbelly Festival combines the city’s best and most daring performers with cabaret, burlesque, stand up, theater, music, daring circus acts, drag acts, magicians, book readings, and children’s entertainment. Running from April to September, guests will be treated to a huge variety of acts with a little something for everyone. Along with ticketed productions, there is also free entertainment along with bars, street eats, and a Pimm’s tent to celebrate the British summer in style. 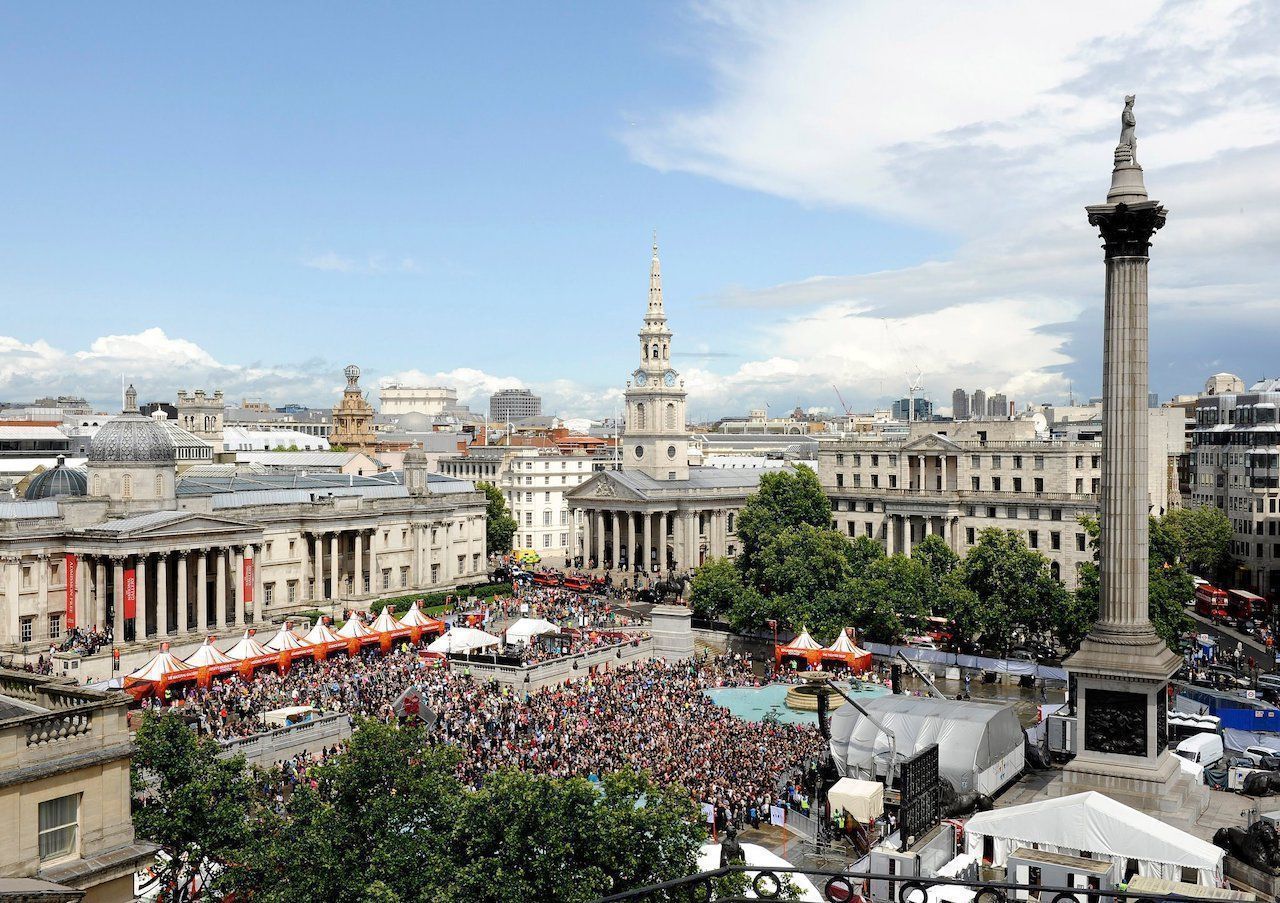 West End Live — As the birthplace of Cats, Phantom of the Opera, Les Miserables, and Matilda, London’s West End theater really should be on your to-do list. Having said that, these large-scale productions are very pricey, especially if you are traveling on a tight budget. If you happen to be in the capital towards the end of June, you may be lucky enough to experience the West End Live festival in Trafalgar Square. Showcasing London’s most popular musical productions along with brand new debuts, this event is perfect for anyone with an interest in musical theater. And the best part? It’s completely free. Each show performs a handful of numbers, making it a great way to sing along to your favorite showstoppers. Previous companies who attend the festival include Aladdin, Mamma Mia, The Lion King, and Wicked. 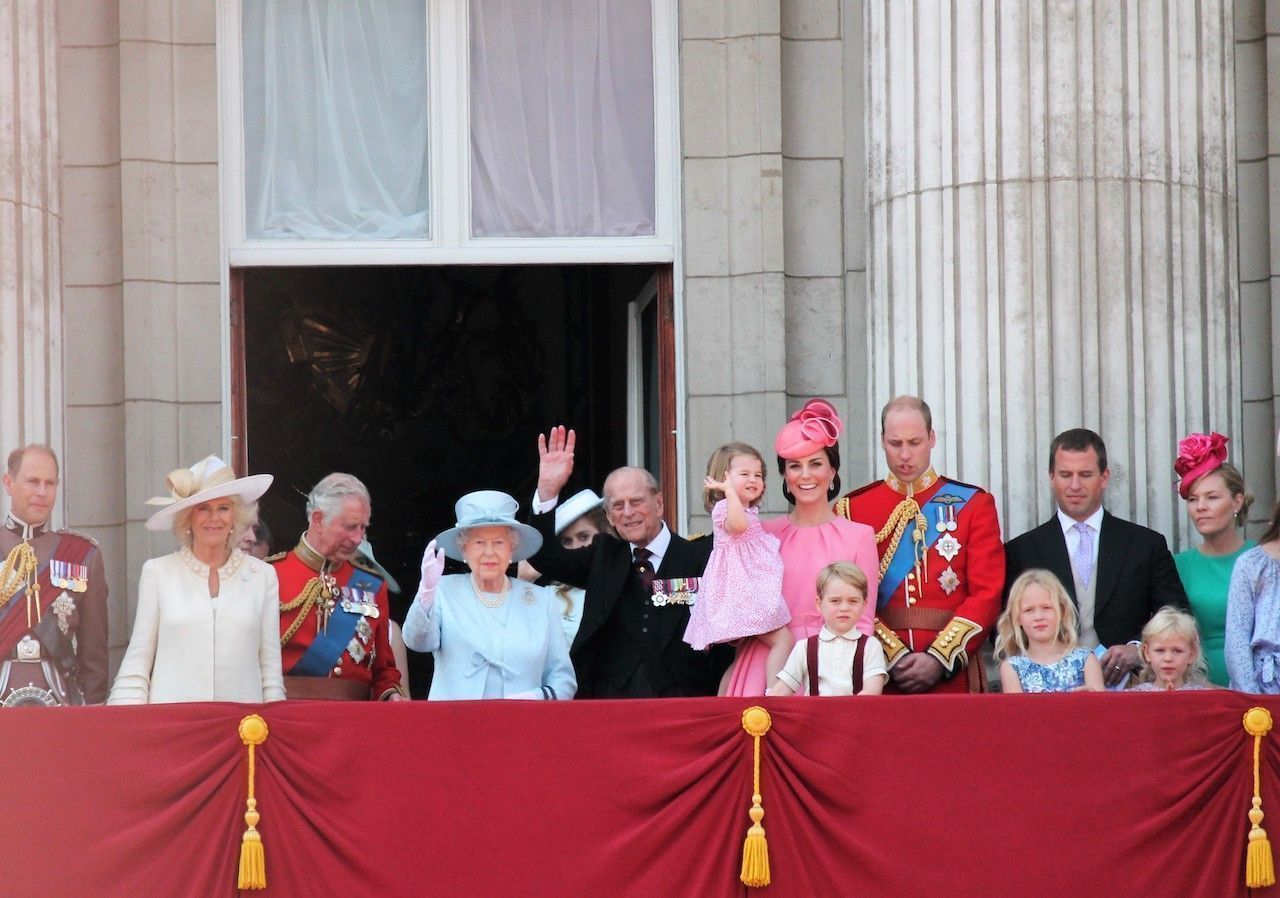 Trooping the Colour — To mark the official birthday of the Queen, Trooping the Colour is a military parade made up of over 1,400 soldiers, 200 horses, and 400 musicians. The event ends at Buckingham Palace where Her Majesty the Queen joins other members of the royal family to watch a fly-past by the Royal Air Force. Many people in the UK watch the event on TV, and you might find that your local pub has brunch screening. Also, look out for adverts to outdoor viewing parties in green spaces around the city. If you’d like to attend in person, you can watch the parade free of charge from The Mall or on the edge of St James’s Park overlooking Horse Guards from 9:00 AM. If you are interested in seated tickets, these are allocated via a ballot system. More information on official events surrounding the royal family can be found here. 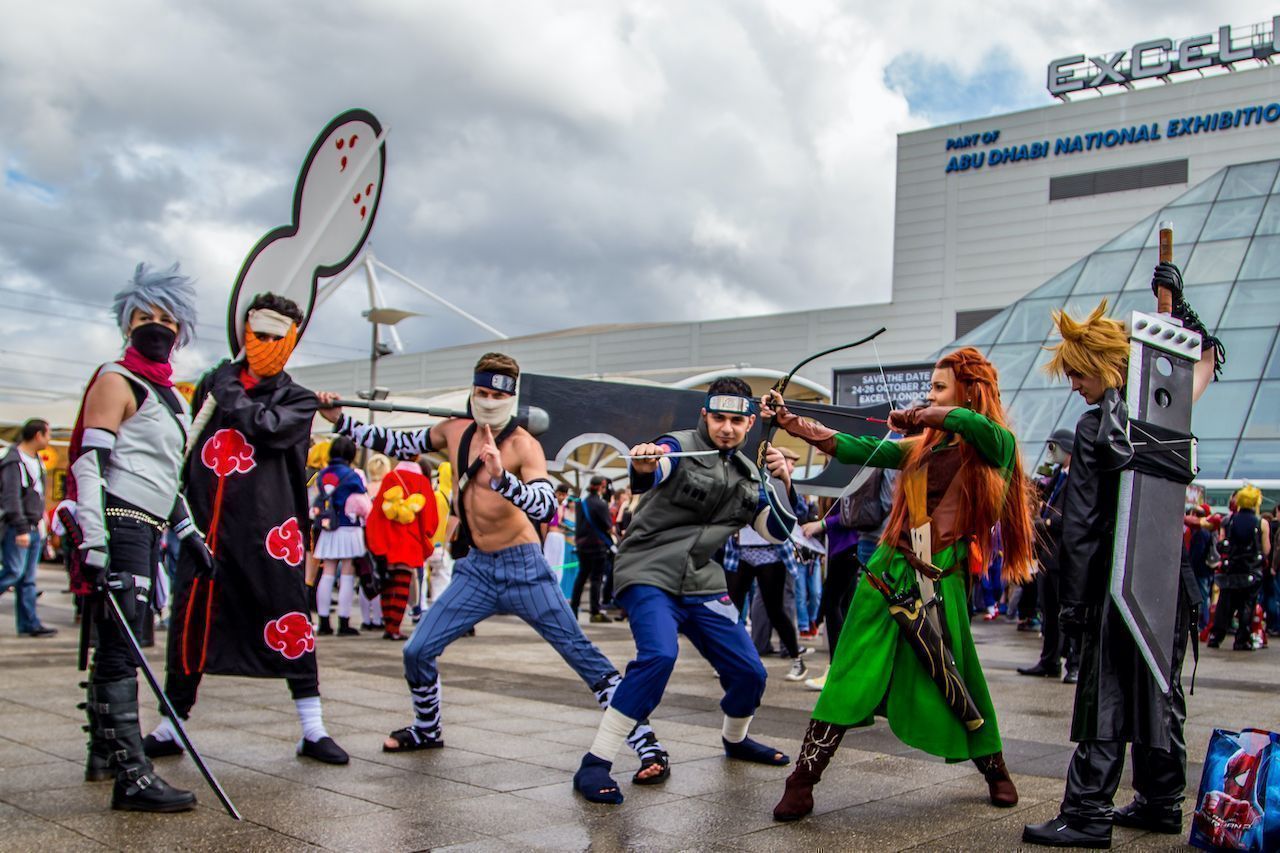 London Film & Comic Con — Dress up as your favorite comic and movie characters and head on over to the London Film & Comic Con. Taking place at London’s Olympia, this is an exceedingly popular event with locals and international visitors. The program is jam-packed with world-famous movie stars, television actors, writers, comic book artists, and authors. If you don’t manage to get a ticket, keep your eyes open across the city for people dressed up in their best costumes. 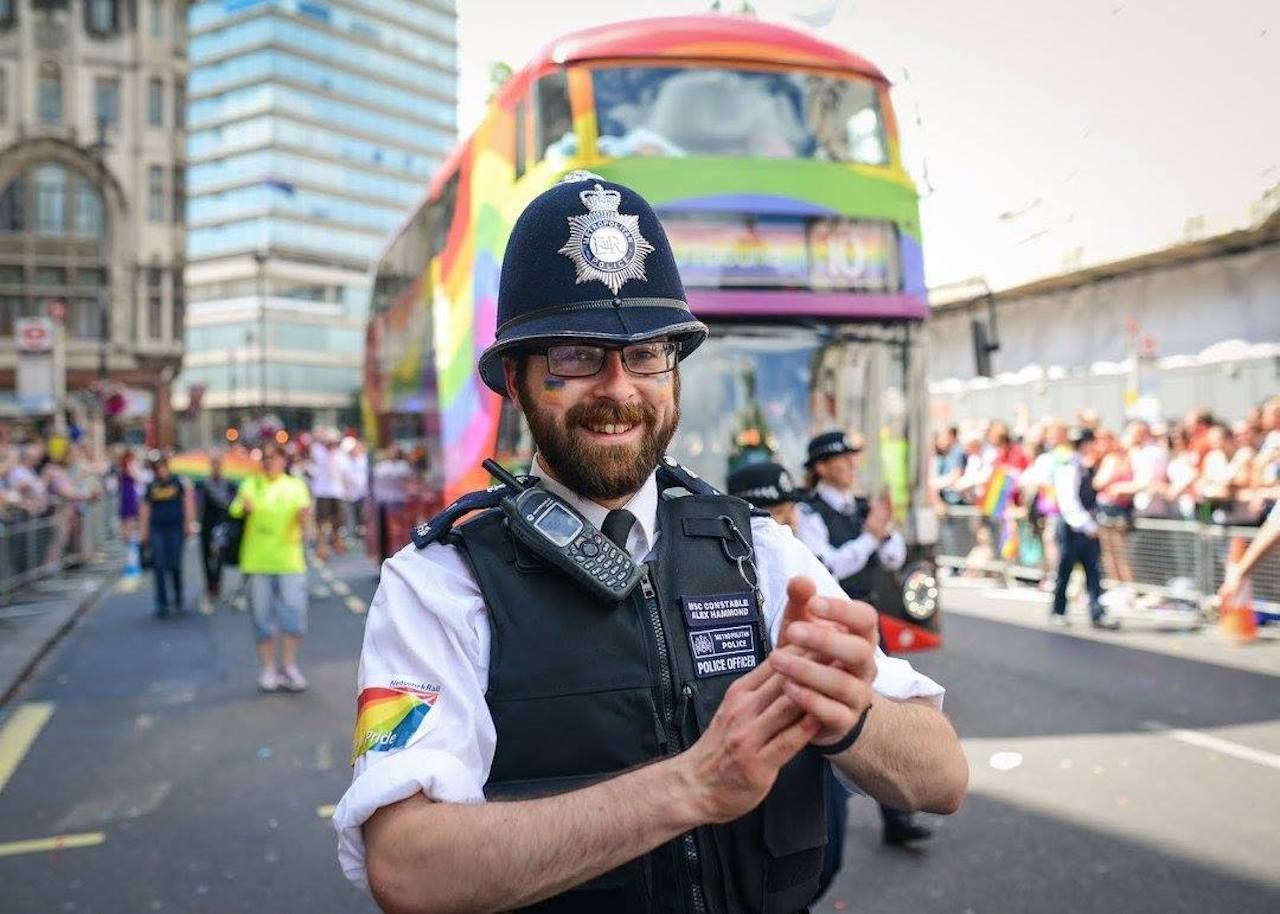 Pride in London — Party from morning to night while celebrating London’s wonderful gay scene at Pride in London. Pride London takes place through the month of July with a host of events and activities based around a different theme each year. The star of the festival is the Pride in London parade, a free public event that takes place at the beginning of July. It begins at Portland Street and moves down Oxford Street, through to Trafalgar Square before ending at Whitehall. Expect bold outfits, vibrant floats, glitter, inspirational banners, motivational speeches, and rainbow-colored everything. There are over one million spectators with numbers rising each year, so be sure to arrive early. 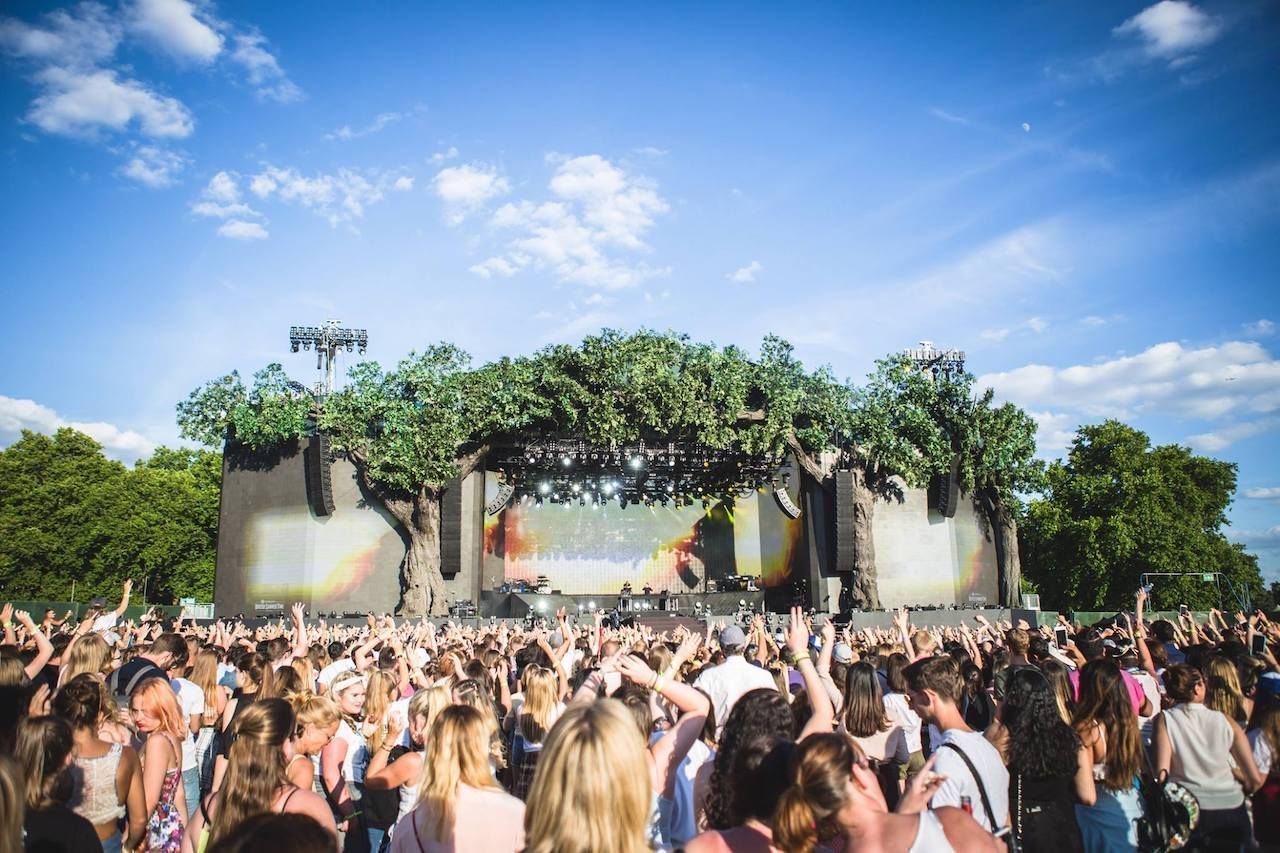 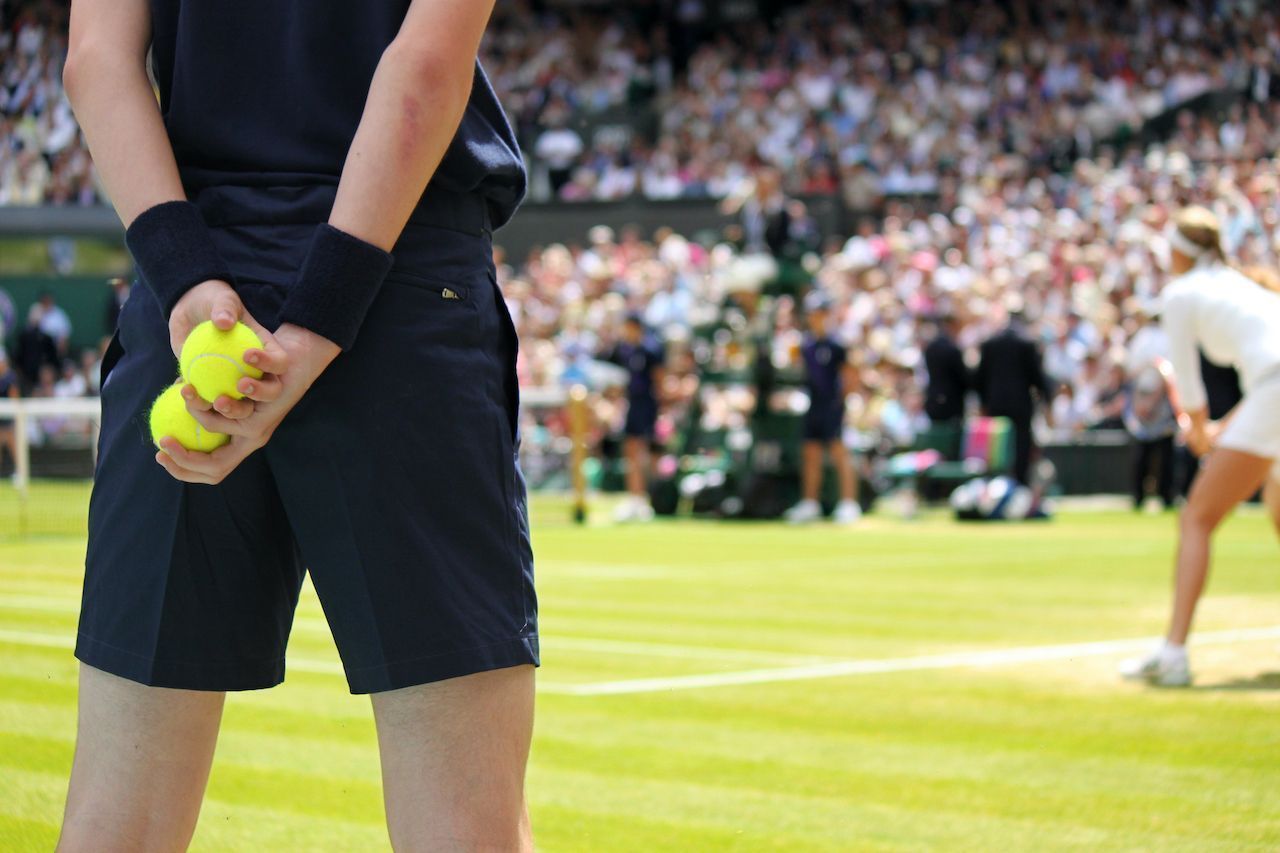 Wimbledon — With strawberries and cream, picnics on Murray Mount, and Pimms aplenty, you won’t get much more British than a trip to the Wimbledon Championships. One of the globe’s most important tennis events, this is where you will see the best athletes competing for the championship title. As such a high profile sporting event, tickets are hard to come by and can only be purchased via a ballot held every December. If you really want to experience this event, affordable day tickets can be purchased at the gate, as long as you wake up early enough to join the queue. You may not get to sit on Centre Court, but you will get to watch matches on smaller courts and soak up Britain’s unique tennis culture. If you are not here during the first two weeks of July, you can still visit the museum year-round and enjoy a behind-the-scenes tour that includes a visit to the ground’s iconic courts. 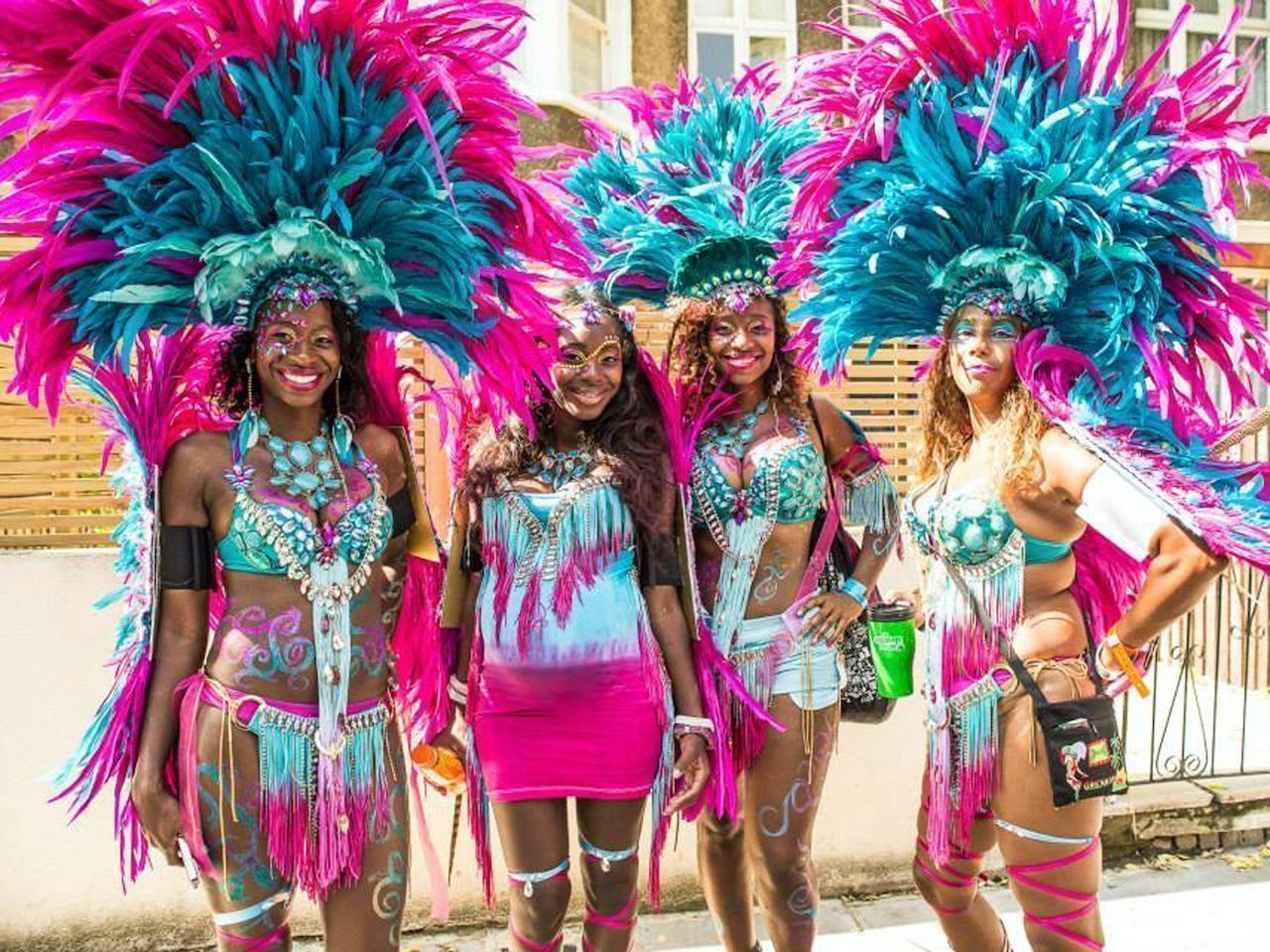 Notting Hill Carnival — Arguably the city’s most famous annual event, the Notting Hill Carnival guarantees to bring you dazzling outfits, nonstop music, and tasty Carribean food. Known as Europe’s largest street party, the parade takes place over the August Bank Holiday weekend with one day dedicated solely to families. If you want to party with the locals and celebrate London’s diverse arts and culture, be sure not to miss out on this spectacular free event. 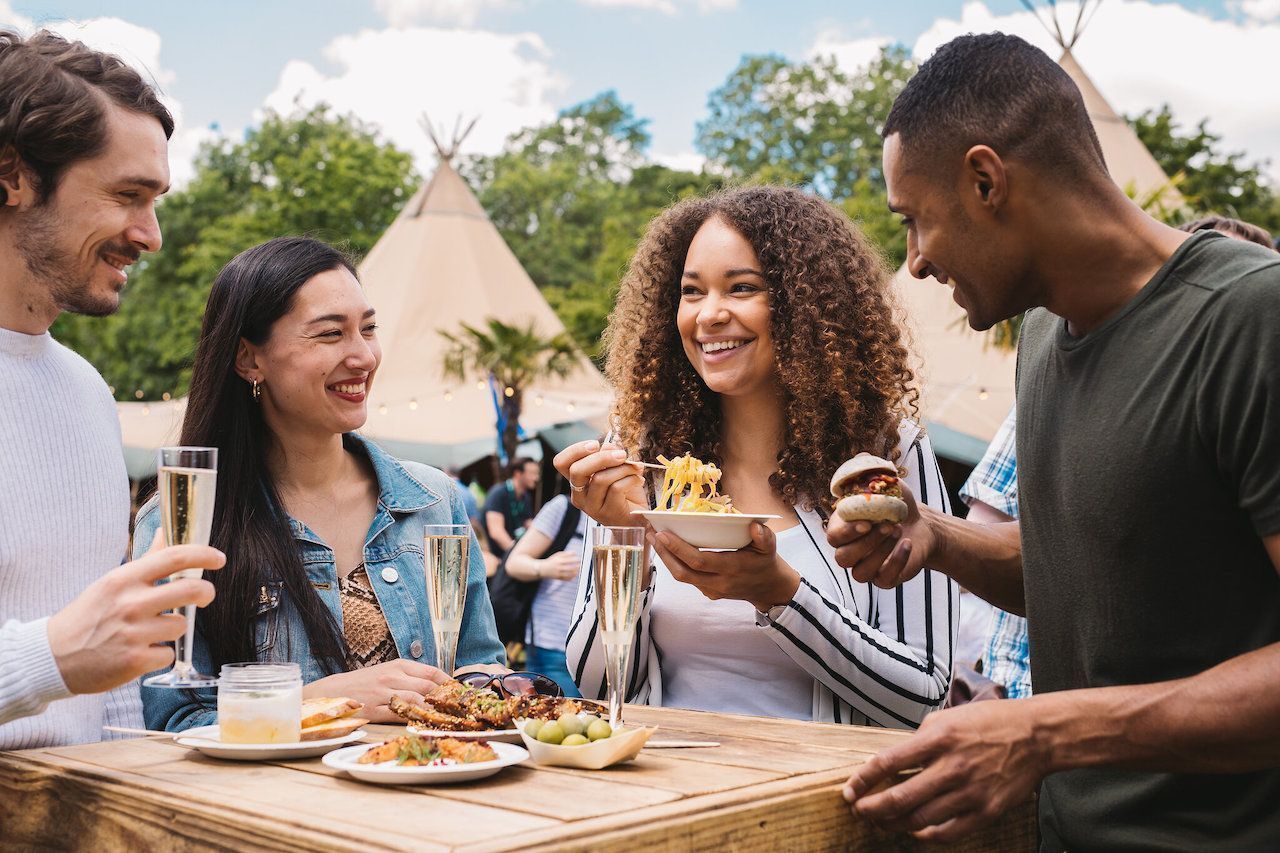 Taste of London — One for the foodies, this annual food and drink event takes place every year in London’s beautiful Regent’s Park. Here you will find some of the city’s finest chefs and restaurants all in one place. Enjoy live cooking demonstrations, whiskey tasting sessions, book signings, and Q&As with your favorite chefs. Sample as many dishes as possible with gourmet plates and popular street eats. There are a variety of different ticket types, so be sure to book in advance online. 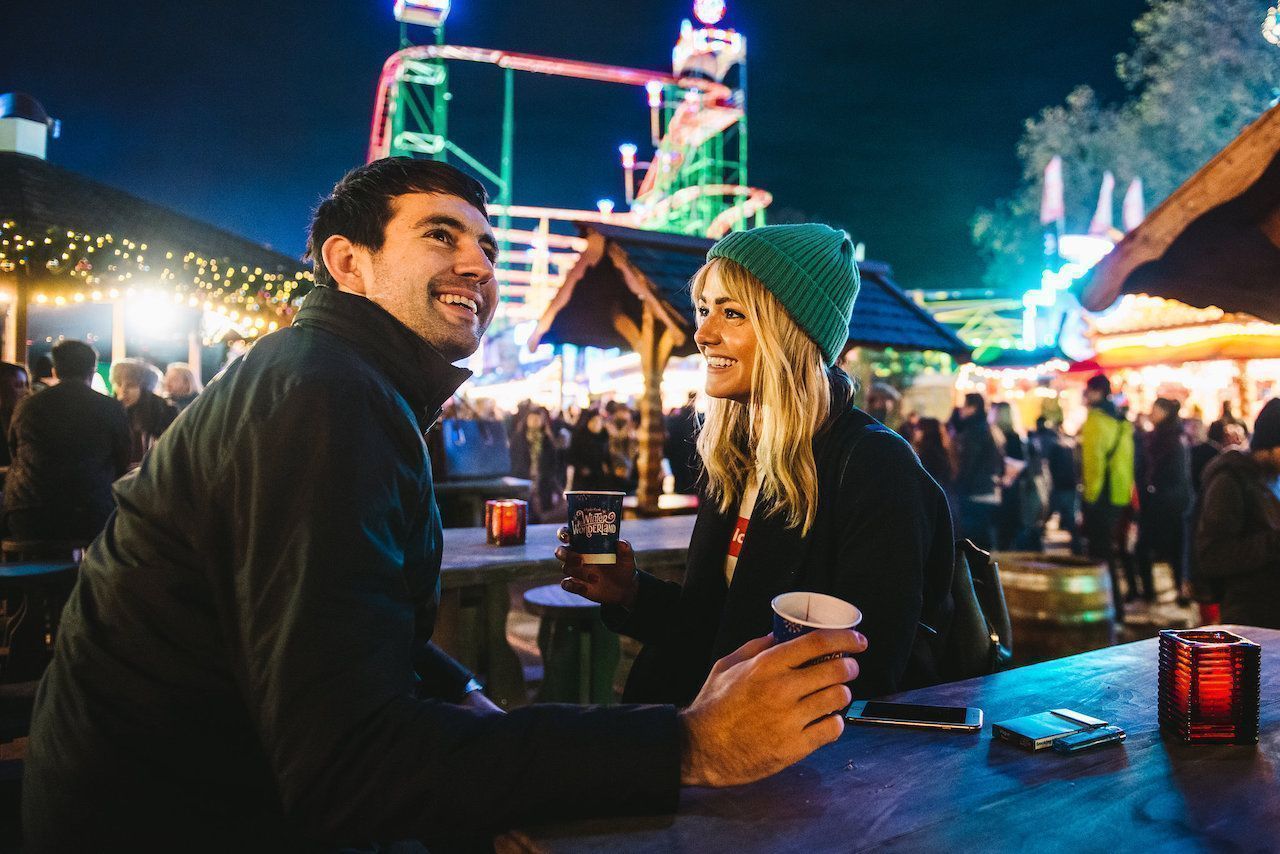 Winter Wonderland — One for those visiting in the winter, Winter Wonderland is by far the most popular festive event in London. Located in Hyde Park, this event is free to enter and perfect for anyone looking to experience a British Christmas. Wander through the European Christmas Market filled with unique gift ideas from Austria and tasty treats from Germany. You can test your ice-skating skills or watch a thrilling circus performance. There are also funfair rides, roller coasters, bars, and ice sculptures. Try visiting at the beginning of December or early January to beat the crowds.