London consists of the City of London and Greater London, which is comprised of 32 boroughs. With its own mayor and government, the City of London is the capital’s financial district and not particularly exciting for those who don’t work there. Just beyond the City’s skyscrapers is Westminster, the seat of Parliament — it’s in this borough that you will find some of the English capital’s most popular sights, including Big Ben and Westminster Abbey. But visitors who want to get to know all of London must go beyond all that and delve into Greater London’s local markets, galleries, and festivals. Of course, the city is much too big for travelers to explore it all in one trip, so to make it easier to choose what areas they should check out according to their likes, we’ve selected nine neighborhoods that have a little bit of something for everyone, whether you want to experience world-class fine dining in Mayfair, buy extravagant attire in Camden, or embrace the street art of Shoreditch. 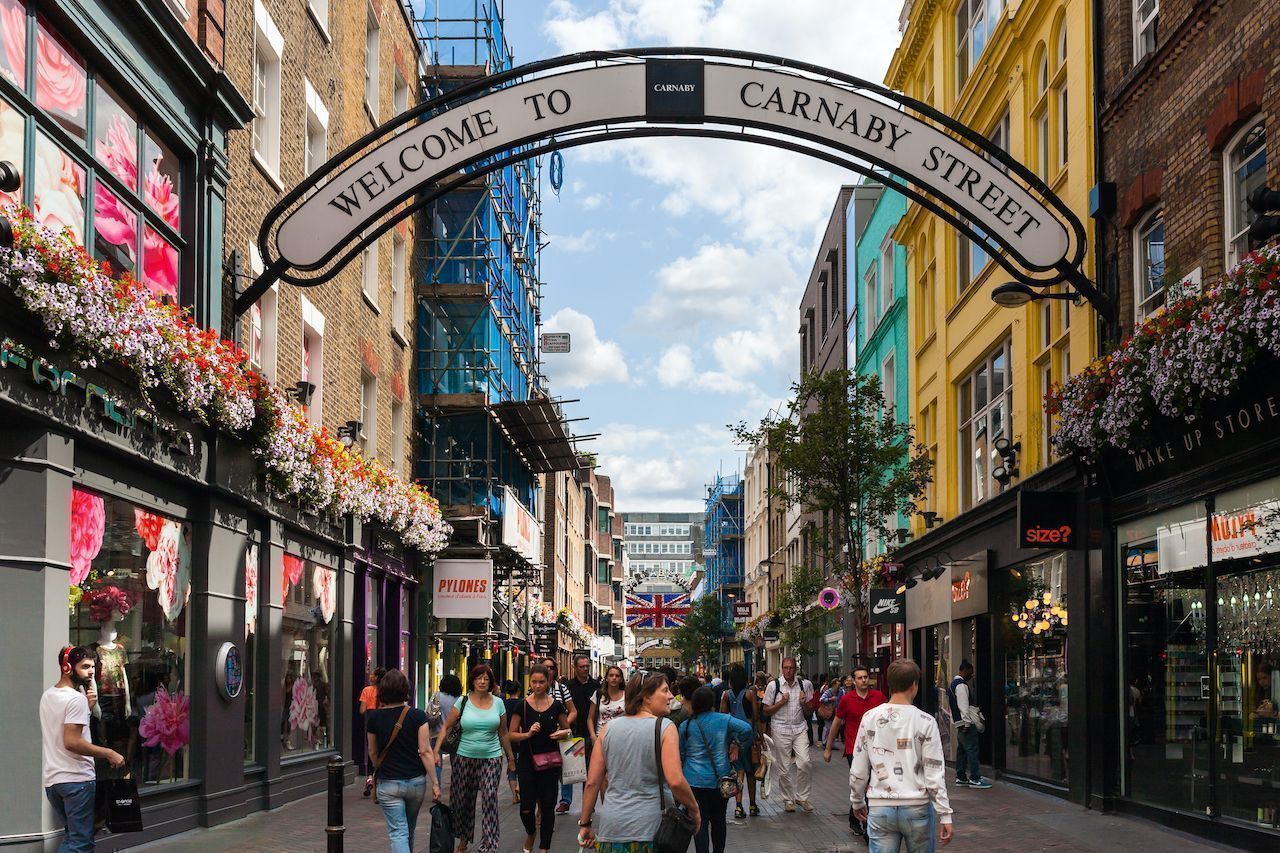 Soho — Soho is a vibrant area famed for its fantastic selection of theaters, trendy restaurants, and LGBTQ hotspots. It’s in this neighborhood that London’s creativity really shines through with West End productions, local comic book shops, art galleries, and old-school record stores. If you’re feeling peckish while in Soho, head to Señor Ceviche on Carnaby Street for delicious Peruvian cuisine and colorful decor. Clinging onto its “swinging sixties” heyday, Carnaby Street is also a great place to find hip clothing and unique souvenirs. One thing that really gets people talking about Soho is its nightlife with karaoke, jazz clubs, themed cocktail bars, and a notable gay scene. For a memorable night out, put on your finest 1940s attire and head to Cahoots, where vintage cocktails and swing dances are still in trend. 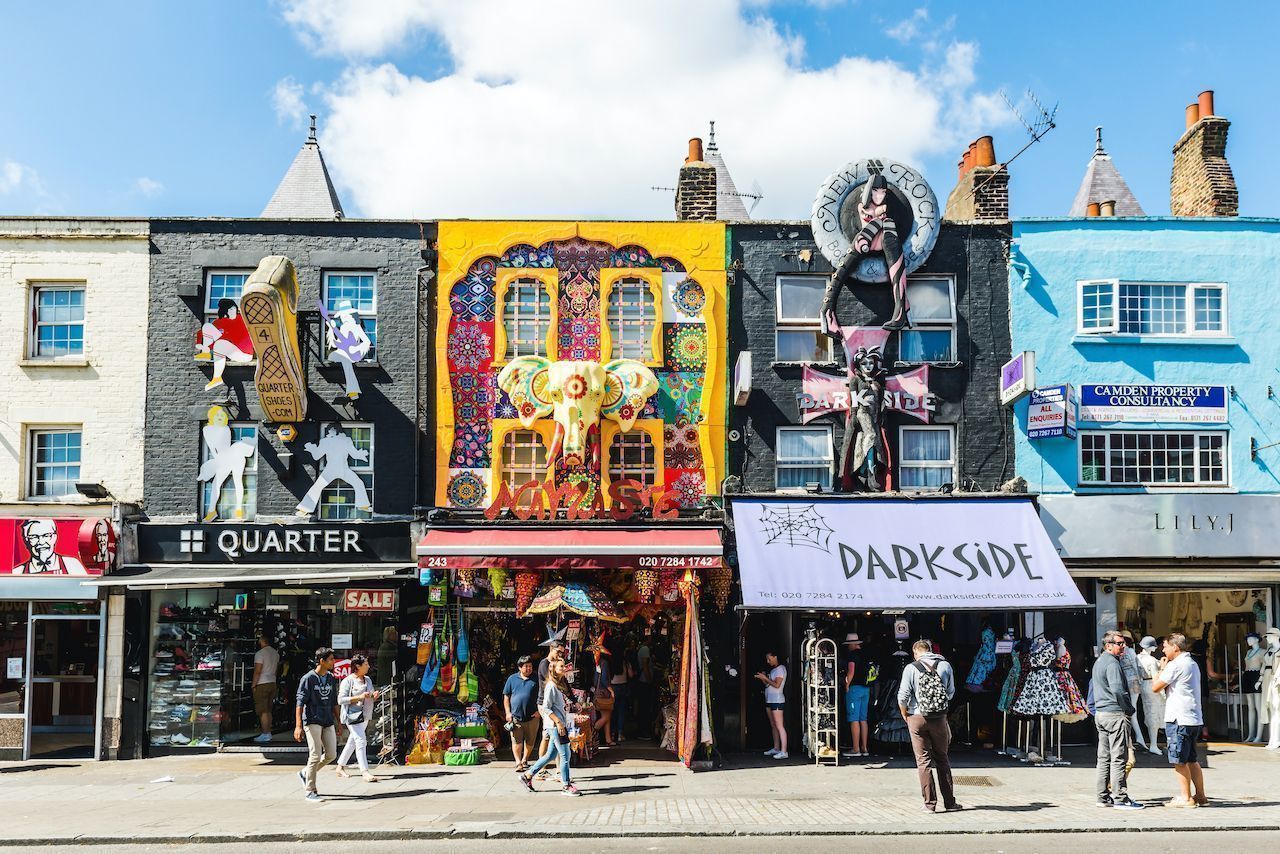 Camden — Camden is the city’s hub for freedom and extravagance. Boomboxes blast out along the road, street food aromas fill the market, and Gothic dresses and punk attire adorn the shop windows. Beginning with only 16 stalls in 1974, today Camden Market has over 1,000 traders selling vintage clothing, records, London memorabilia, and unique upcycled homeware. Delve into Asian, Middle Eastern, and European cuisine at Camden’s alluring street food market, or experience Europe’s first liquid nitrogen ice cream parlor at Chin Chin Labs. This neighborhood is also one of the best places to find live music with exciting blues, rock, jazz, and indie venues that include Electric Ballroom, Green Note, and Underworld. 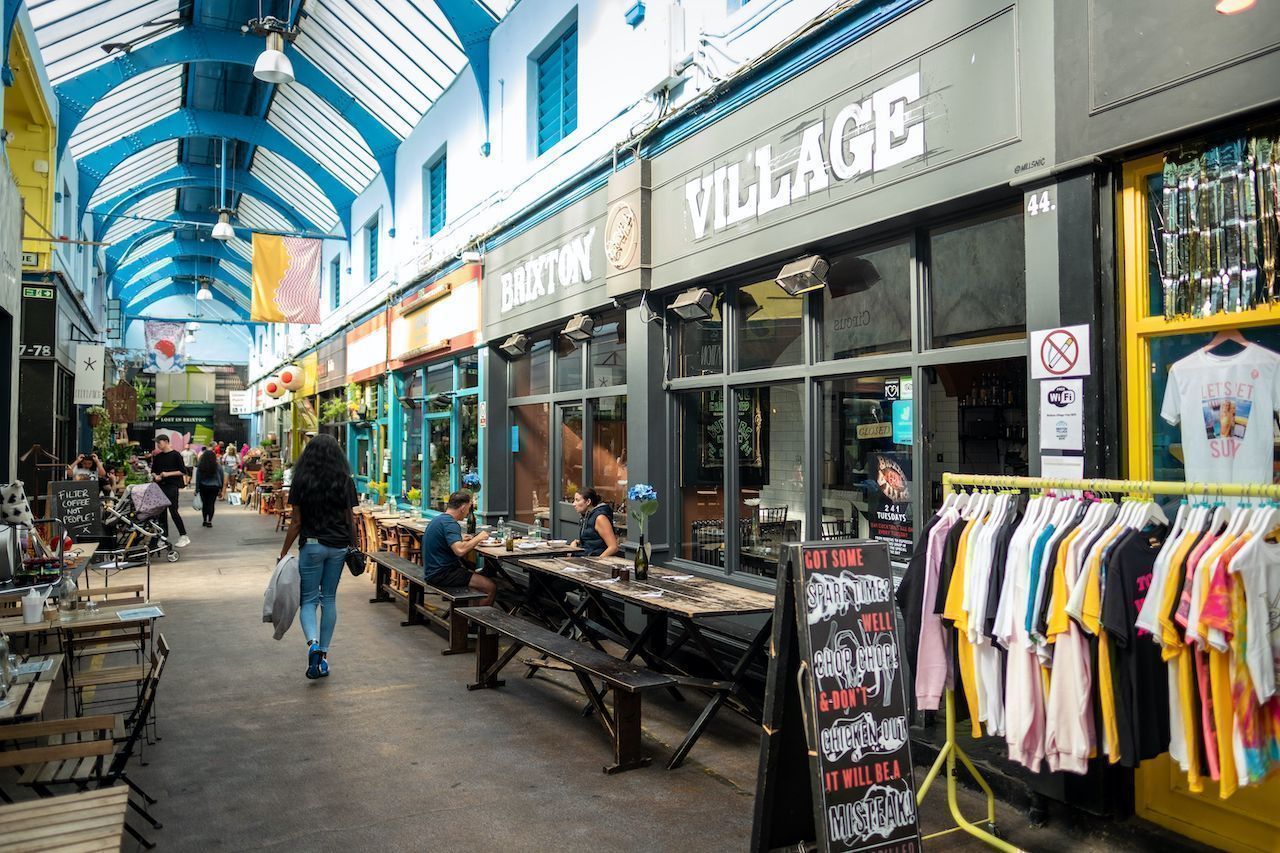 Brixton – Located in South London, Brixton is a diverse and resilient neighborhood. Since the area’s notorious riots of the 1980s, Brixton has transformed into an exciting community with creative outdoor spaces, popular music venues, and a hip foodie scene. Just outside the arcade on Electric Avenue is a local market filled with Brixton’s butchers, fishmongers, and grocers. These markets are a rare find nowadays and offer visitors the chance to discover Brixton’s close-knit community. Ritzy Picturehouse is a popular movie theater for arthouse films; those with an interest in street art should explore the fascinating Brixton murals, depicting everything from David Bowie to lesser-known local heroes. 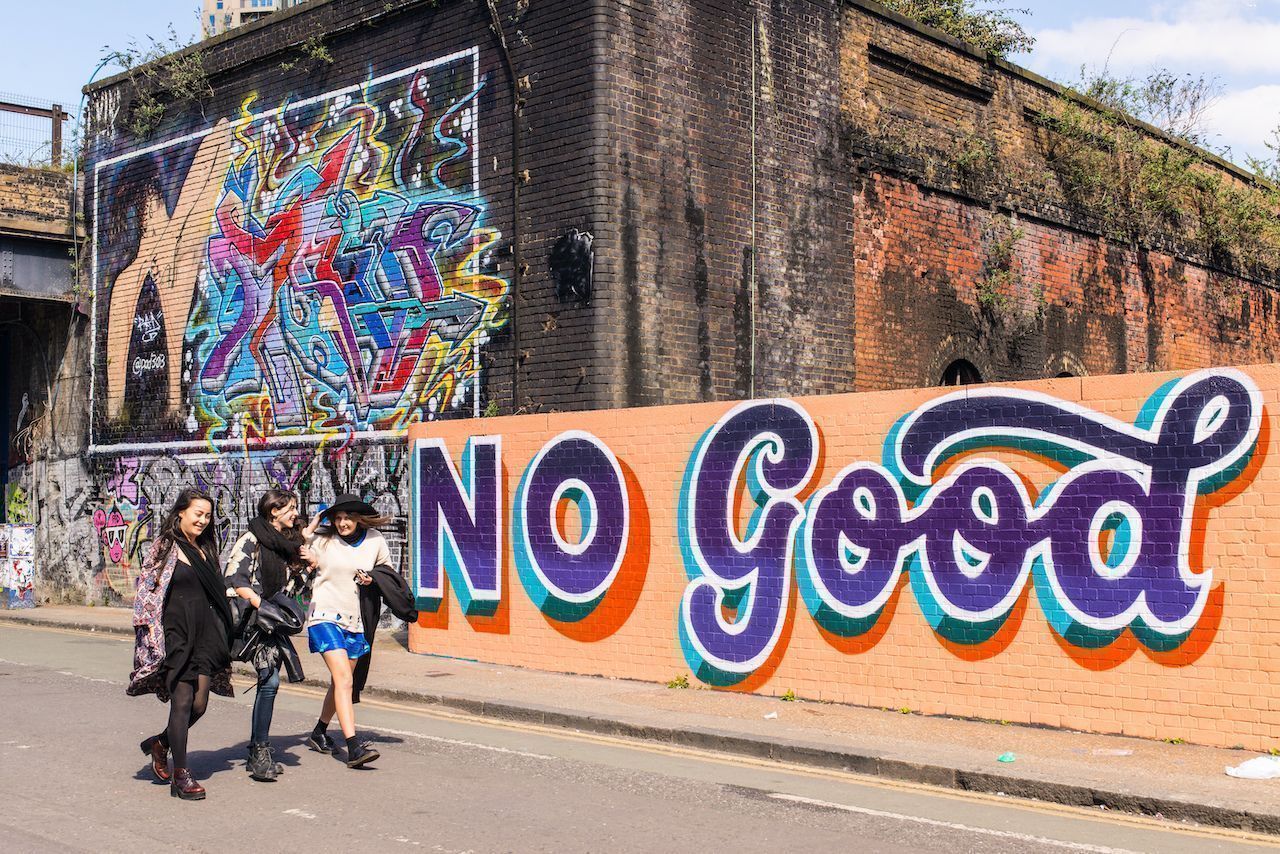 Shoreditch — The birthplace of London’s hipster scene, Shoreditch is a trendy neighborhood teeming with traditional pubs, art galleries, performance venues, vegan cafes, and vintage shops. It is also a popular place for a drink with creative cocktail bars like Old Street Records and Callooh Callay. The area is also full of incredible street art including murals by Banksy. Visit local traders and art dealers at Old Spitalfields Market before heading to Brick Lane to unwind at one of the city’s famous curry houses. 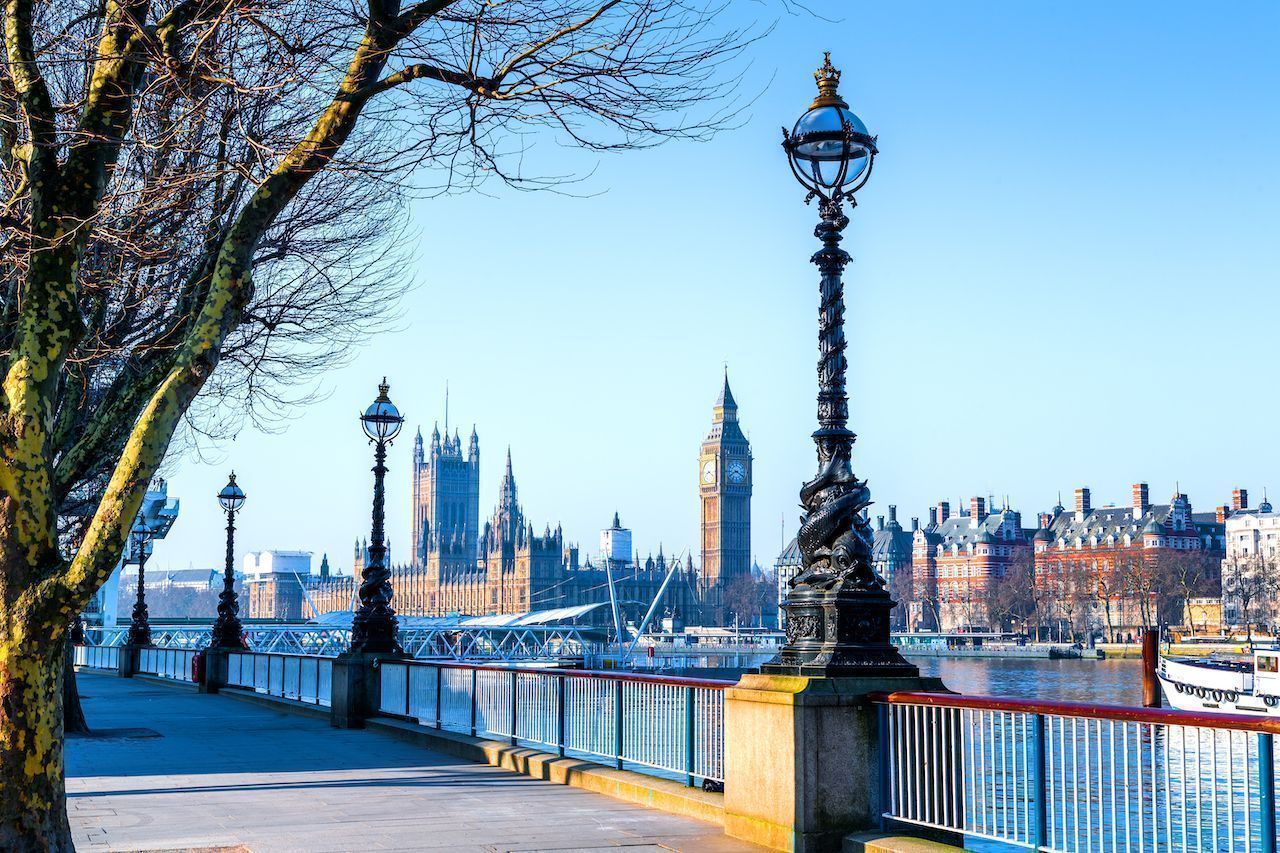 South Bank — The South Bank, across beautiful Westminster Bridge from Big Ben and the Houses of Parliament, has a fabulous cultural scene and an exciting array of public events and festivals held throughout the year. A scenic stroll along the River Thames will take you by the London Eye, Southbank Centre, National Theatre, Tate Modern, and Shakespeare’s Globe. In the summer, the South Bank comes to life with pop-up cocktail bars, fro-yo stalls, free performances, and a man-made beach. In December, there’s a picture-perfect Christmas market with European delicacies and plenty of mulled wine. 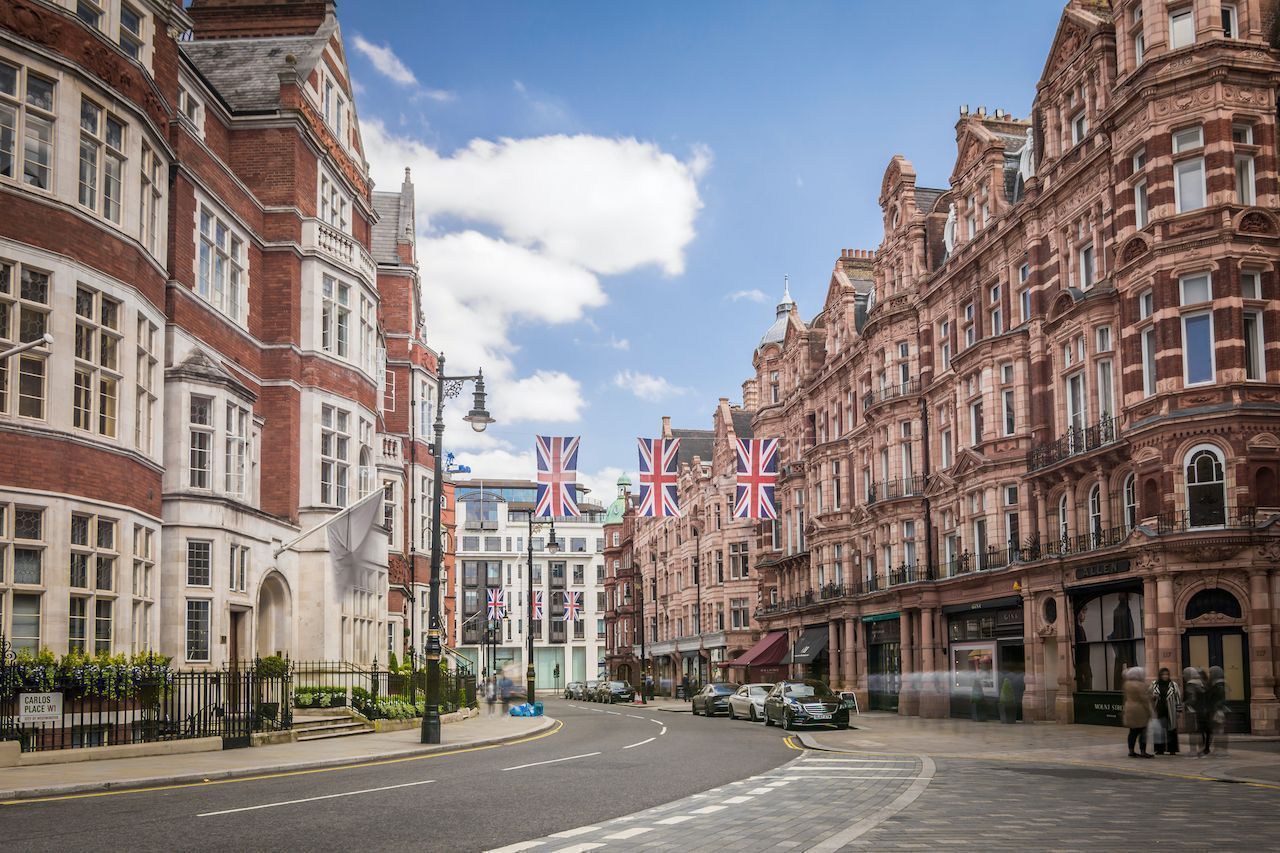 Mayfair — Mayfair’s impressive Georgian houses, pristine parks, and elegant shopping boulevards make clear that this is a fancy area of the city. Home to some of London’s finest hotels and restaurants, Mayfair is one of the best places to find a traditional afternoon tea (hotels like The Dorchester and The Connaught are safe bets). If the weather is on your side, take a picnic and relax at Grosvenor Square, or take a dip in the Serpentine Lido, a beautiful swimming pond that requires a small fee to use. Head to Bond Street for designer shopping and be sure to take a walk down Savile Row, a historic road famed for its bespoke tailors. The area also has a large number of Michelin-starred restaurants including The Lecture Room and Sketch. 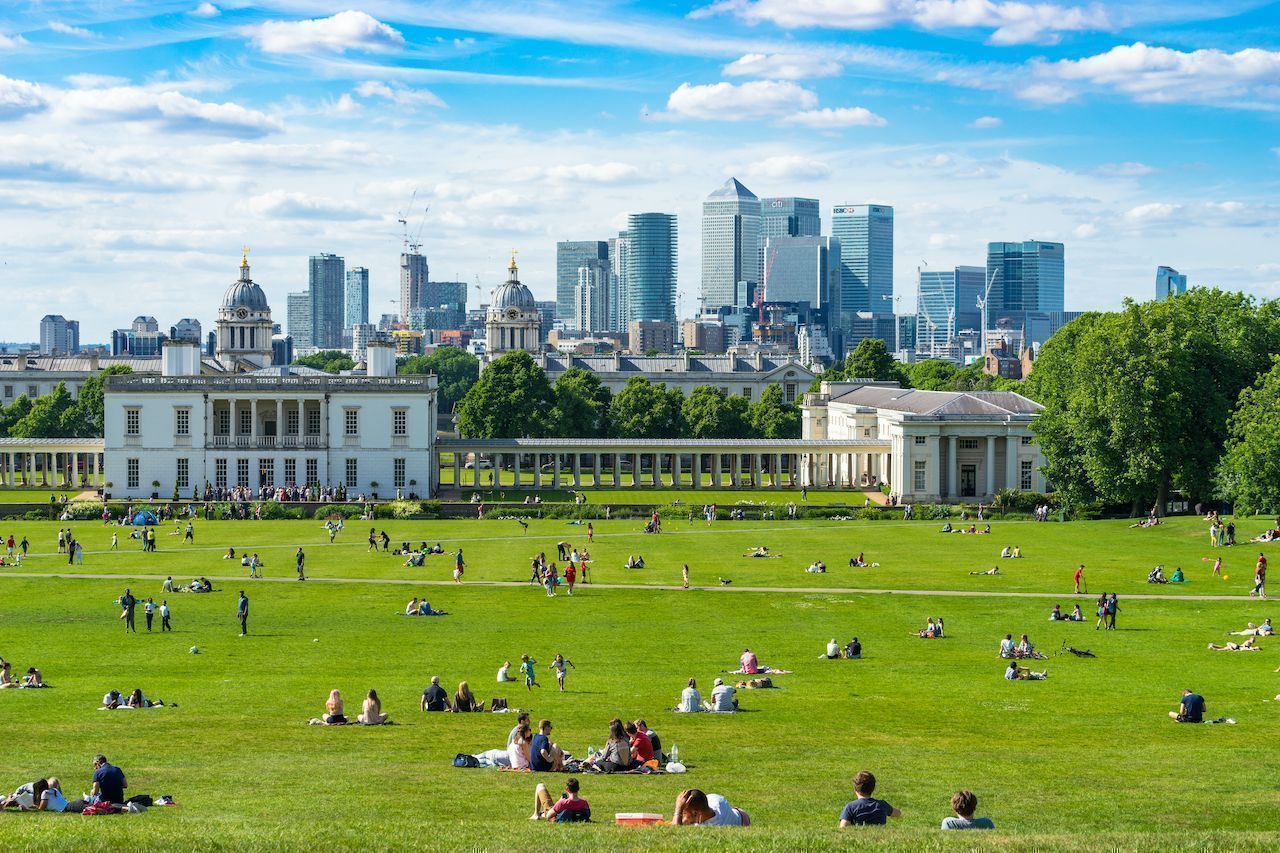 Greenwich — Perhaps the most famous landmark in Greenwich is the Royal Observatory, home to the Meridian Line (Longitude Zero), which serves as a reference point for the location of every place on Earth. Steeped in maritime history, there are plenty of landmarks to explore including the Cutty Sark and the National Maritime Museum, both of which form part of a UNESCO World Heritage site. If you still have some spare time, Greenwich Market is an ideal place to find antiques, handmade clothing, jewelry, and local delicacies. 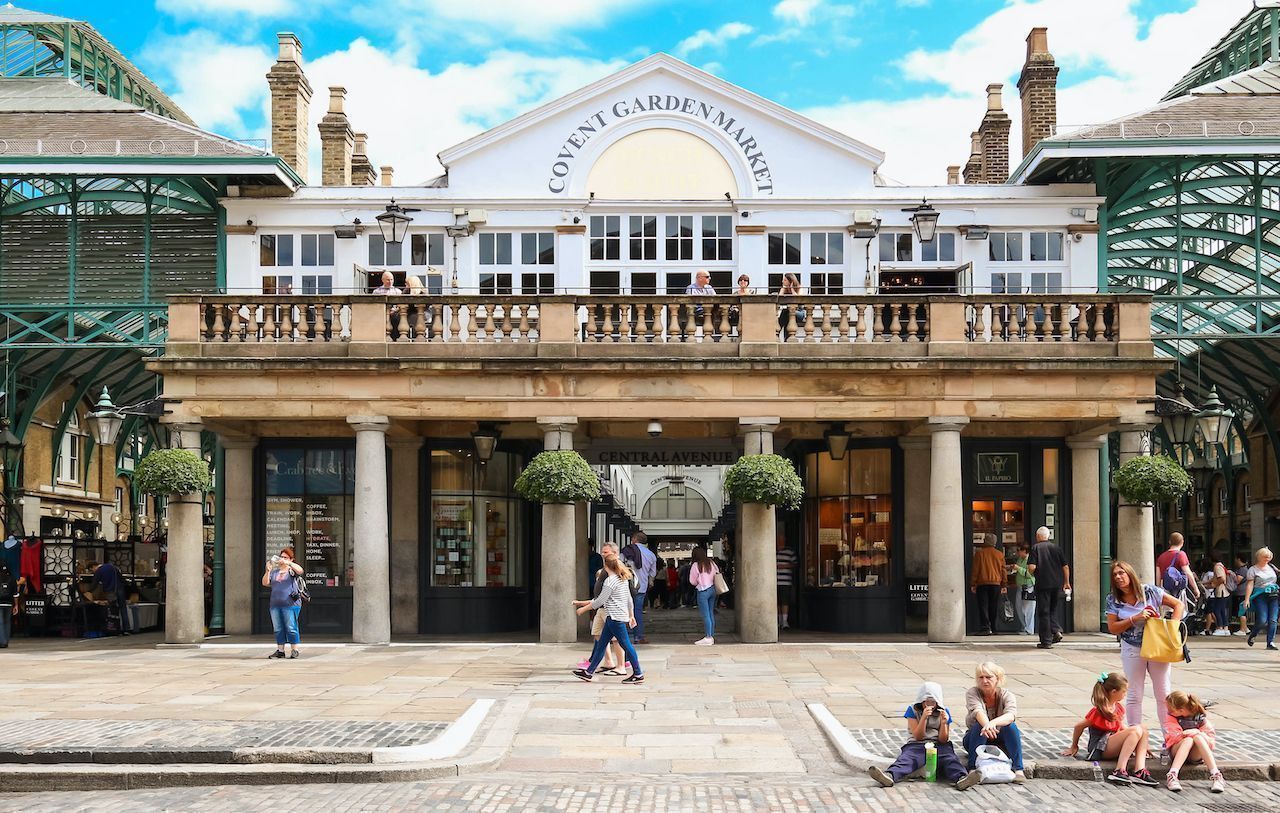 Covent Garden — Situated in the heart of London’s West End, Covent Garden is the place to go for those looking to experience the city’s renowned theater scene. The Royal Opera House is a grand building with some of the world’s most incredible ballet and opera productions performed every night. If you are traveling on a tight budget, check out Covent Garden’s free street performers that include magicians, singers, and dancers. And, if you’d prefer to enjoy all the action while sipping a glass of wine, head on up to the Punch & Judy, a historic pub located above Covent Garden Market. 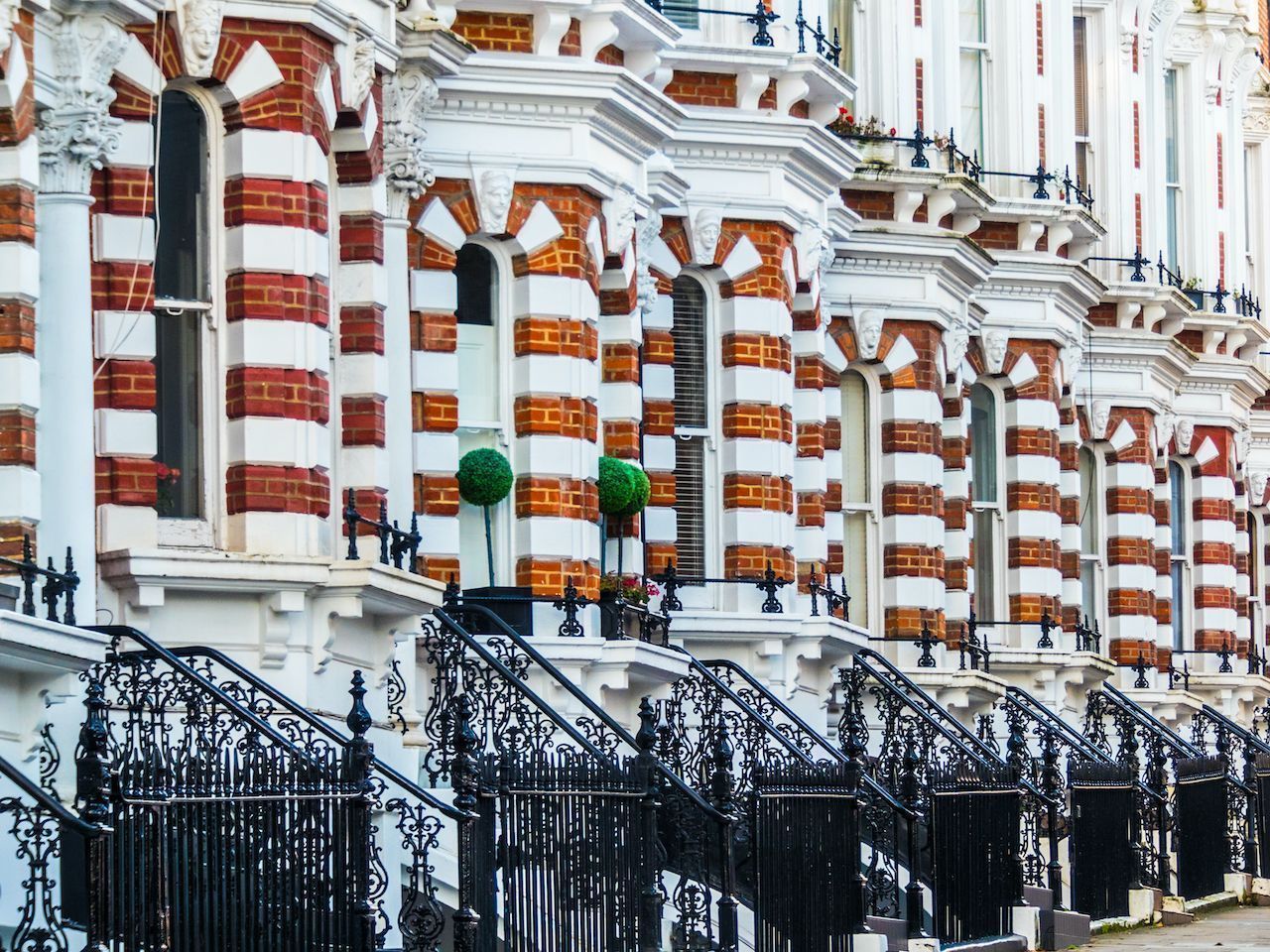 Kensington & Chelsea — As a royal borough, it should come as no surprise that Kensington & Chelsea is often referred to as a posh area. Grand Georgian townhouses, boutique shops, and exclusive nightclubs line the pristine streets of this sophisticated neighborhood. The area is also home to some of the city’s most popular museums and landmarks, making it a worthwhile destination during your trip. Visit Kensington Palace and explore some of the rooms used by royals past and present, as well as a fascinating exhibition showcasing the fashion trends of Princess Diana. Be sure to check out the amazing and free Victoria & Albert Museum, and, if it’s a nice day, Holland Park is a beautiful green space with a Japanese themed garden that you can relax in. When it’s time to unwind, head to the Kensington Wine Rooms for great wine accompanied by some tasty European snacks.