Celtic tribes once occupied much of mainland Europe, stretching as far east as modern-day Turkey. Over time, invaders forced the Celts west, and today, there are only six Celtic nations in the world clustered around western Europe, specifically parts of the United Kingdom, Ireland, and Brittany in France.

Celtic languages are the roots of the Celtic nations

Some argue that Galicia in northwestern Spain is the seventh Celtic nation as its Celtic heritage is evident to this day, but the six official nations are determined by the existence of a Celtic language that survived into the modern era and Galicia has none.

The six Celtic languages are:

While the similarities of the six Celtic nations are largely rooted in linguistics, each of these nations has artistic and social traditions, religious affiliations, and historic ties that at once unite and differentiate them. These are the six remaining Celtic nations, all distinct yet proud of their shared history and heritage. 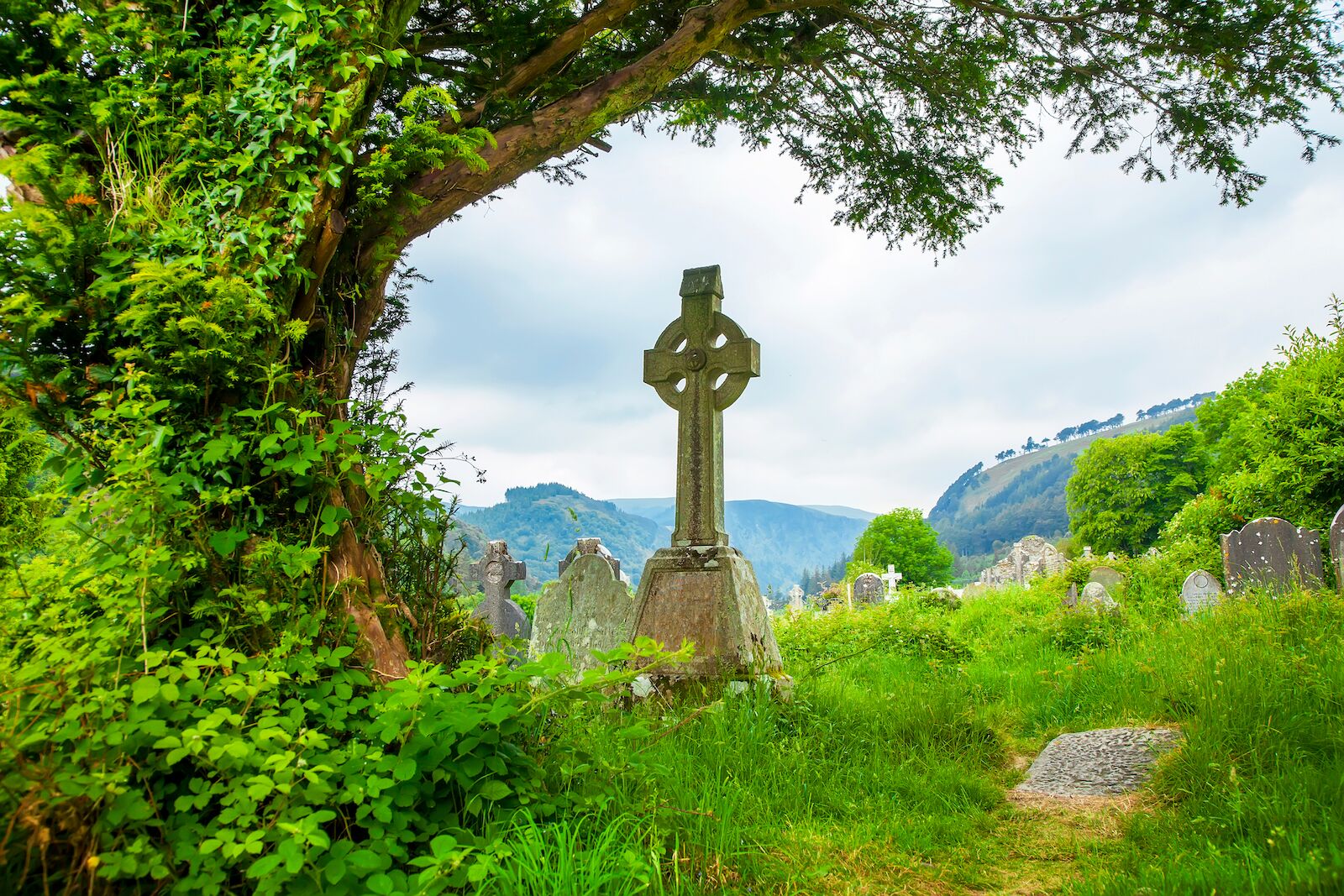 Ireland and Scotland are the most widely recognized Celtic nations, owing to their global reputations for Celtic pride and well-preserved cultural traditions. Celts arrived in Ireland around 500 BC, bringing with them new artistic, religious, technological, and social practices, as well as iron used to make tools and weapons. Among the most iconic relics are stone and metal Celtic crosses discovered in Ireland and Britain, which are said to have been introduced by St. Patrick in his mission to Christianize the pagans in Ireland. These and other ancient artifacts can be found at the National Museum of Ireland in Dublin and the Celtic and Prehistoric Museum in Dingle in County Kerry.

The arrival of the Celts also resulted in a new language, Irish Gaelic, which is still spoken and taught in Ireland today and considered the primary language of the west coast Gaeltacht districts. Together with Scottish Gaelic and the Manx language from the Isle of Man, Ireland’s traditional tongue is a Goidelic language, one of the two modern Celtic language groups. Myths like the Arthurian legend of Tristan and Iseult are essential to the written and oral histories of Ireland and the other Celtic nations. Traditional dance and musical customs are also celebrated in Ireland today. Even Halloween is believed to be rooted in the Celtic festival of Samhain, observed in Ireland for centuries between the fall equinox and winter solstice, marking the end of the harvest season.

For the best of Celtic culture in Ireland, visit during spring after Easter to take in the Pan Celtic Festival and see Celtic singers, dancers, and musicians from all six nations compete, as well as parades, street performances, storytelling sessions, fairs, workshops, and more. 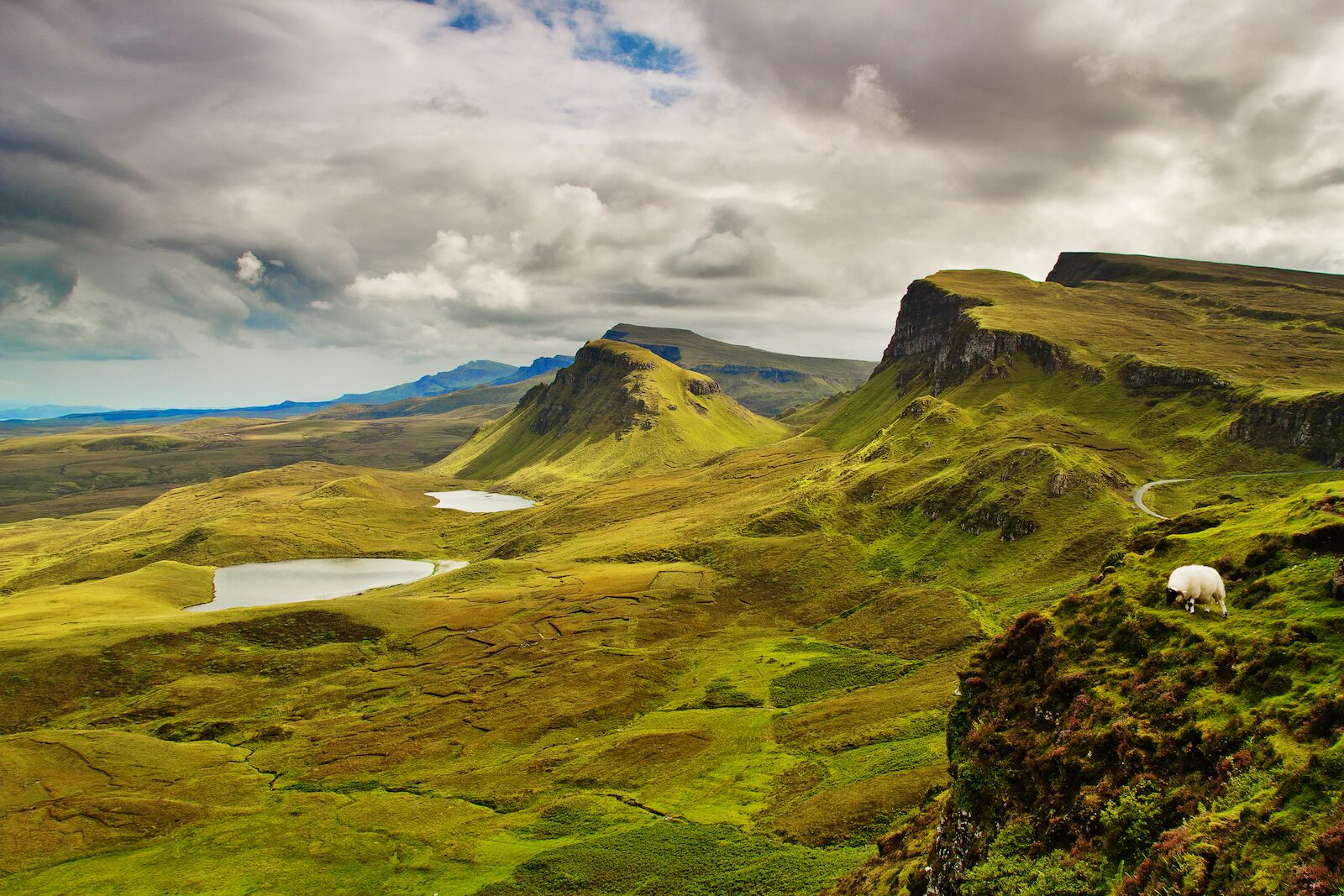 Like Irish Gaelic, Scottish Gaelic is still spoken daily in several places throughout Scotland, particularly throughout the Highlands. The most famous Celtic tribes from ancient Scotland were the Gaels and the Picts who are believed to have intermixed around the late Iron Age around the 10th century. Steles known as Pictish stones bearing ogham inscriptions using the early Celtic alphabet (which looks straight out of Lord of the Rings) have been found around Scotland, representing some of the nation’s most important ancient artifacts alongside examples of Celtic crosses, knotwork, and designs used to decorate metal implements, jewelry, and clothing. History buffs would do well to check out the National Museum in Scotland to see art, carvings, and other artifacts from the Scottish Celts.

Other examples of Celtic heritage in Scotland are inextricably linked to the present-day country. Bagpipe music has Celtic roots and is one of the most iconic Scottish associations to this day. Several town names also trace back to ancient Scotland and Scottish Gaelic, including Pictish place names like Pitlochry, Pitsligo, Pittodrie, and Pitfichie. Even the Scottish affiliate of the BBC, called BBC Alba, celebrates the nation’s Celtic heritage by using its Gaelic name, Alba. 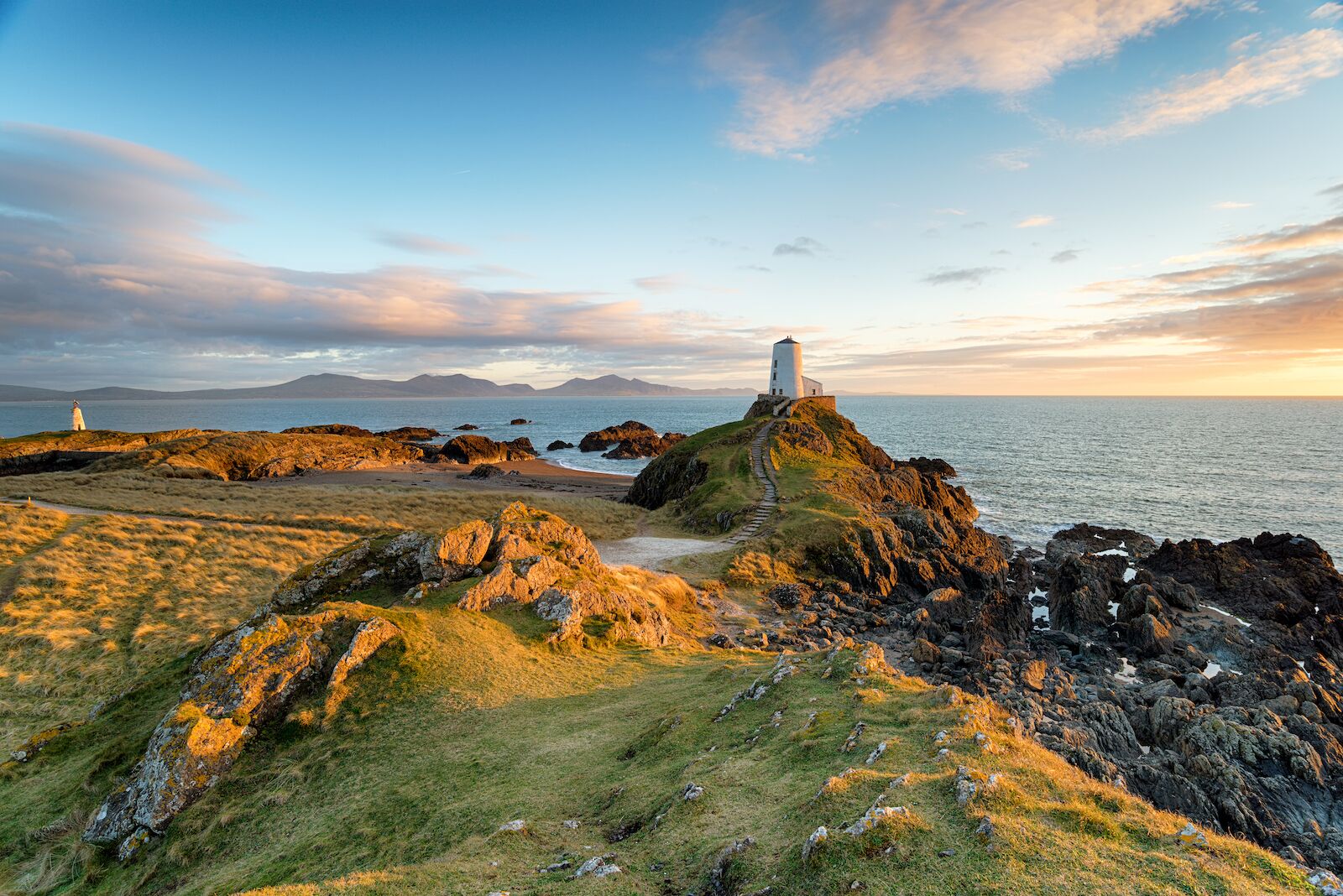 Celtic heritage is integral to the national identity in Wales, called Cymru in the native tongue. Welsh is a Celtic language still widely spoken throughout the nation, much like Gaelic is still spoken in Ireland and Scotland but even more ubiquitously. It’s particularly prevalent in the west and north whereas English is the primary language in southern Wales. Unlike the Goidelic dialects, however, Welsh is a Brythonic language, meaning its roots are British rather than Irish. There were some Irish-speaking tribes in Wales at one time, though the evidence of their existence is limited to only a handful of inscribed relics.

Perhaps the most widespread remnants of ancient Welsh life are the traditional hillforts that dot the land between the Clwyd and Moel-y-Gaer rivers. While it’s still unclear as to whether they were used exclusively as defensive fortresses, housing, or both, the structures represent some of the best-preserved Celtic ruins anywhere in the Celtic nations. As artistic traditions go, Wales is known for its Iron Age La Tène art, largely comprised of metalworks ornamented with religious motifs, and the nation has a long and continuous Celtic literary tradition dating back to sixth-century poetry. To this day, Wales endeavors to celebrate its Celtic roots. One of the most impressive amateur art and poetry festivals anywhere in Europe, the National Eisteddfod of Wales, takes place every August in honor of the Welsh heritage and language. 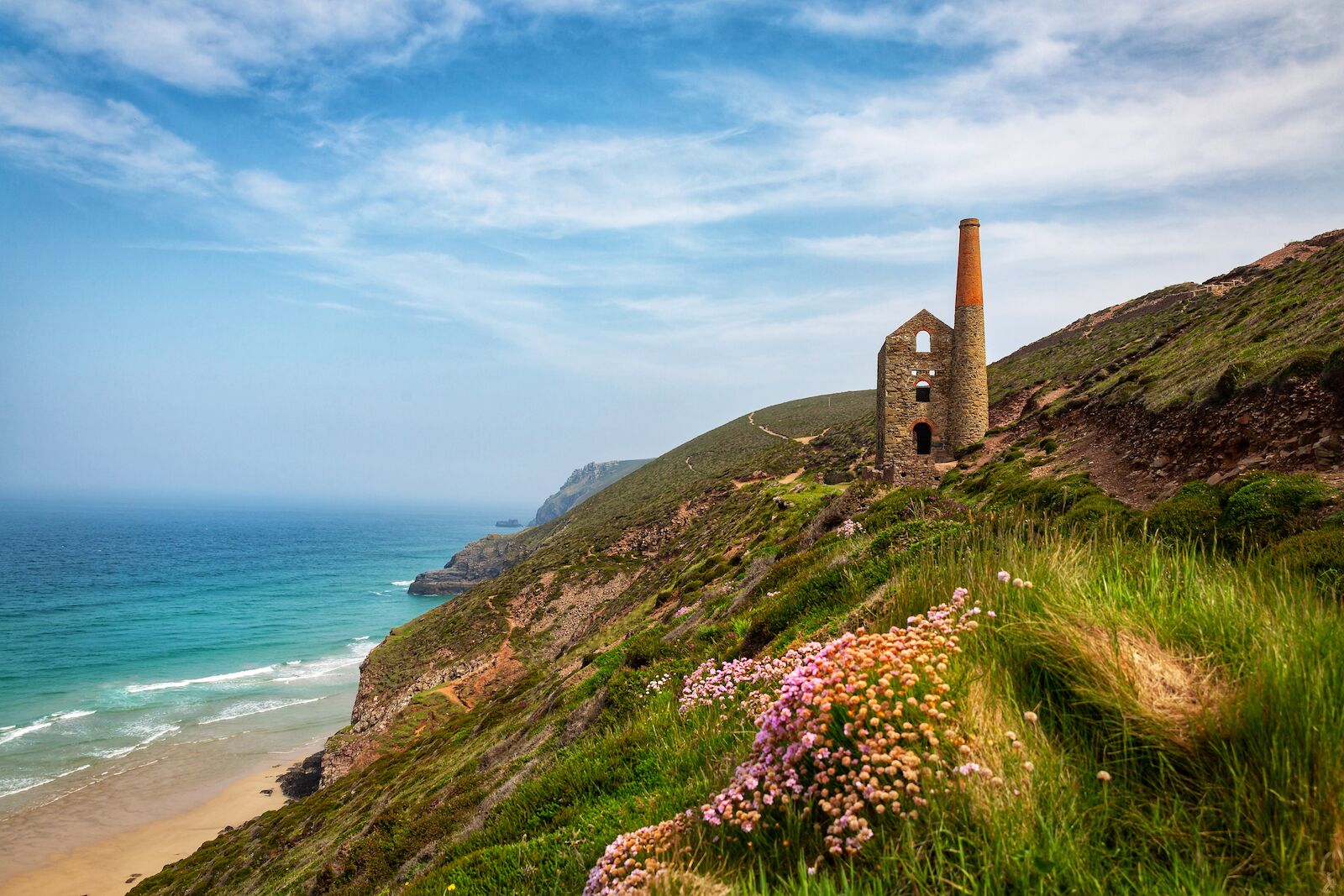 Cornwall is a county on the southwestern coast of England, appropriately positioned on the Celtic Sea. It’s inhabited by the Cornish people and traditionally went by the name Kernow. Similar to the languages of Wales and Brittany, Cornish is a Celtic language from the Brythonic tradition. Unlike Welsh, however, the Cornish language is not commonly spoken and was once declared extinct by UNESCO, having largely died out by the 18th century.

The good news is that it’s making a comeback thanks to Celtic revival movements focused on preserving Cornwall’s linguistic heritage. Now considered a critically endangered language but not extinct, Cornish is reappearing everywhere from local literature and film to school classrooms and everyday households. Even those not actively involved with the revival campaigns get a good dose of exposure to the traditional language as several place names in Cornwall are rooted in the traditional dialect, including Zennor and Penzance.

Despite being part of England, Cornwall developed a cultural identity distinct from both Britain and the neighboring Celtic nations due to its rocky, coastal, isolated location. This is reflected in its mythology, much of which revolves around the legends of King Arthur as the nation’s Dozmary Pool is fabled to be the home of the Lady of the Lake. The liveliest example of Celtic pride in Cornwall today is the annual Lowender Peran festival, which welcomes both local performers and those from the other Celtic nations and is generally held between October and November. 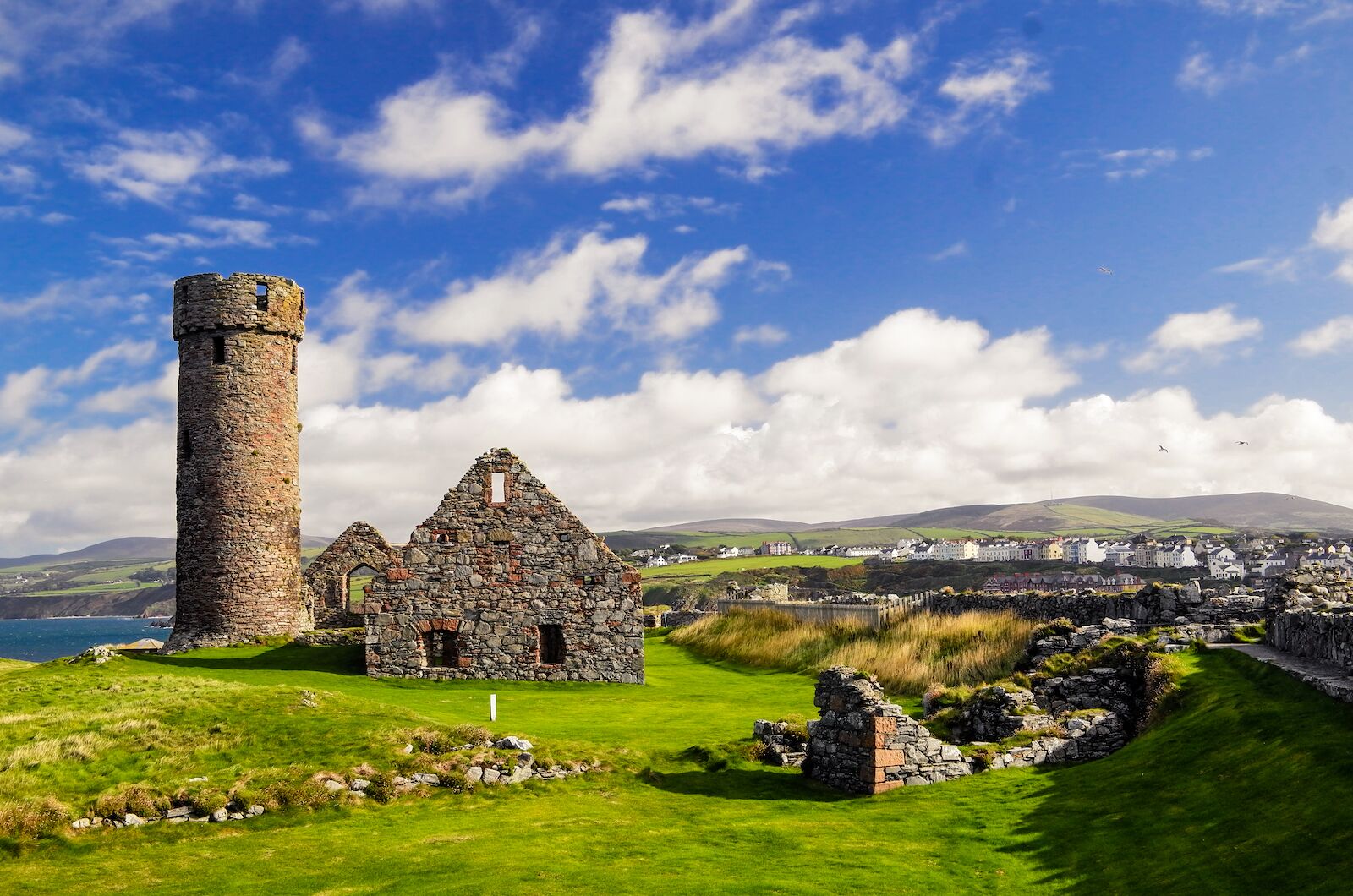 The Isle of Man is a small, self-governing island located between England and Ireland. Celtic influences trace back to the fifth century, during which time the Goidelic Manx language, a relative of Irish and Scottish Gaelic, developed despite earlier Brythonic influences. Much like Cornish, Manx did not survive long into the modern era though revitalization efforts have been slowly succeeding in preserving and reviving the Manx dialect, art, folk music, and general history. Since the 1970s, the island has hosted a popular Manx language music and cultural festival called Yn Chruinnaght as a tribute to its Celtic heritage.

While the Isle of Man is a dependency of the British Crown today, the island historically passed between Norwegian, Scottish, and British rule, but it has largely always fancied itself independent and even has the oldest continuous parliament in the world, called Tynwald. The island was uniquely never conquered by the Romans and therefore did not Christianize until the arrival of Irish missionaries spreading the world of St. Patrick in the fifth and sixth centuries, which also explains its longstanding linguistic ties to Gaelic.

Many of the stone crosses and artifacts discovered on the island bear ogham inscriptions while others show evidence of Scandinavian scripts. Other iconic reminders of the Isle of Man’s pagan past include rich folk tales, complete with fairies and sea gods; fishing, hunting, gathering, and maritime artifacts found at the Manx Museum; and the island’s official symbol, a triskelion comprised of three armored legs done up in spurs and radiating from a single point, a version of a popular pattern seen throughout the Celtic nations. 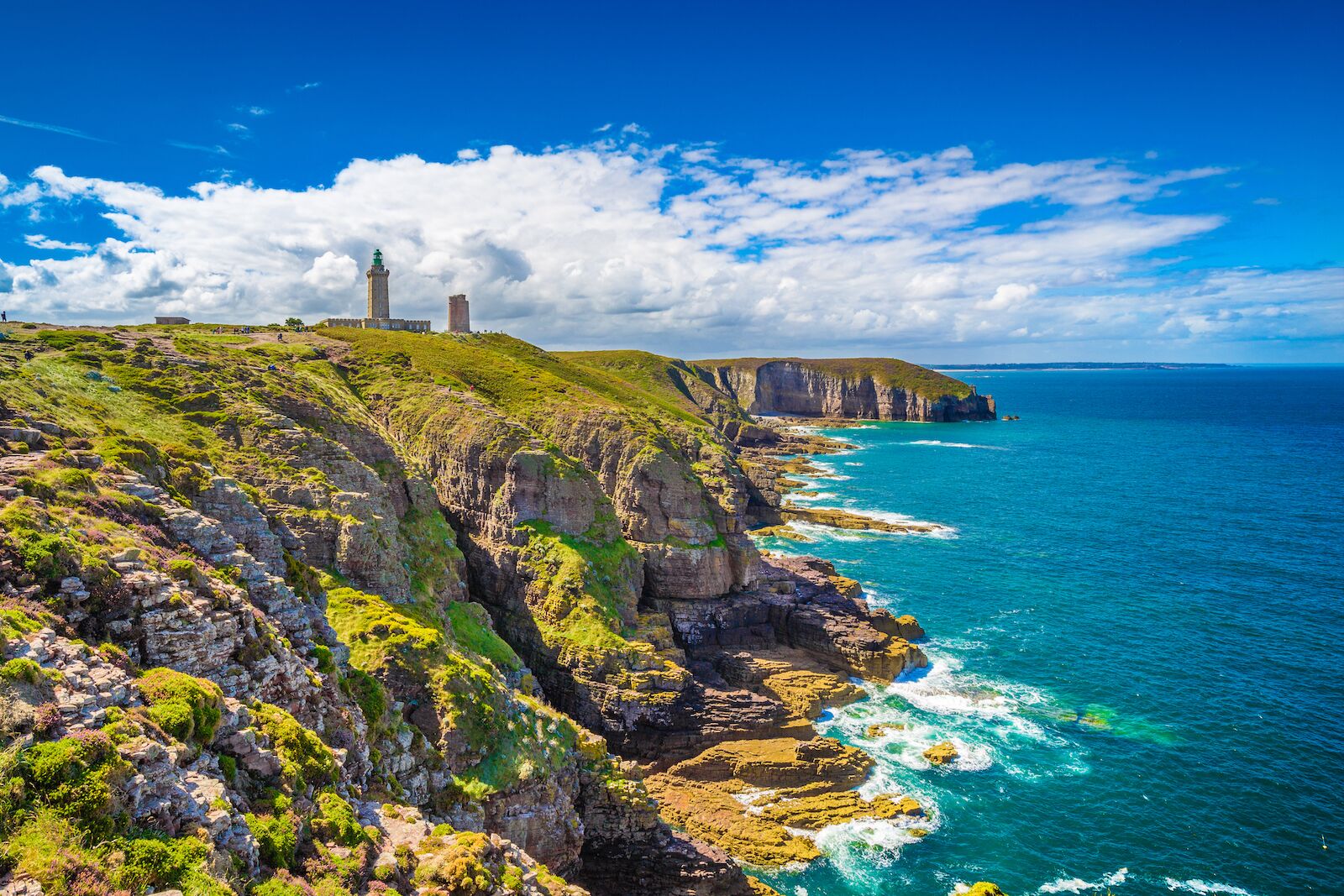 Brittany, or Bretagne in French, juts out into the Atlantic from the west coast of France with the English Channel up north, the Celtic Sea in the northwest, and the Atlantic in the west. It’s the only official Celtic nation left on mainland Europe, both distinguishing it from the rest of France and the other Celtic nations. Celts are the first-known inhabitants of the area, which the Romans conquered in 56 BC when it was known as Armorica, loosely meaning “by the sea,” but did little to impact the culture. Fans of French comics might recognize the history from The Adventures of Asterix, which chronicles the resistance of a small village of Celtic Gauls from invading Roman forces.

Brittany’s namesake and much of its cultural heritage come from the British settlers who arrived between the fifth and sixth centuries after Anglo-Saxons invaded the British Isles. Today, French is the mother tongue of most natives, but the traditional Breton language, a cousin of Cornish and more distant relative of Welsh, is still somewhat widely spoken. In recent years, there’s also been a resurgence of Breton art and culture, including the establishment of Breton language schools and celebrations filled with veuze music, which is played on Breton bagpipes not unlike those associated with Scotland, sometimes by kilt-wearing bagpipers.

For an immersion into Brittany’s Celtic heritage, check out the Festival Interceltique, with its parades and concerts, taking place in August yearly in the Breton city of Lorient.

Art + Architecture7 Picture-Perfect Irish Villages We Want To Escape To
Tagged
Culture Languages Ireland Scotland Wales
What did you think of this story?
Meh
Good
Awesome

May 10, 2022 Michelle Spinei
✖
travelstoke
Download the mobile app
stoked by