2018 was a big year for sports. We looked at extreme sports you can do indoors, crazy sports from other countries, and even weird sports drinks around the world. We also tried new athletic pursuits that allowed us to explore once inaccessible territory, like coastal cliffs or the sky between two canyons, and pursue our passions throughout the year. Be it running, biking, swimming, or surfing, new takes on these activities mean that neither snow, ice, nor even the time of day need hold us back from doing what we love. Here are the emerging sports we tried this year and loved. 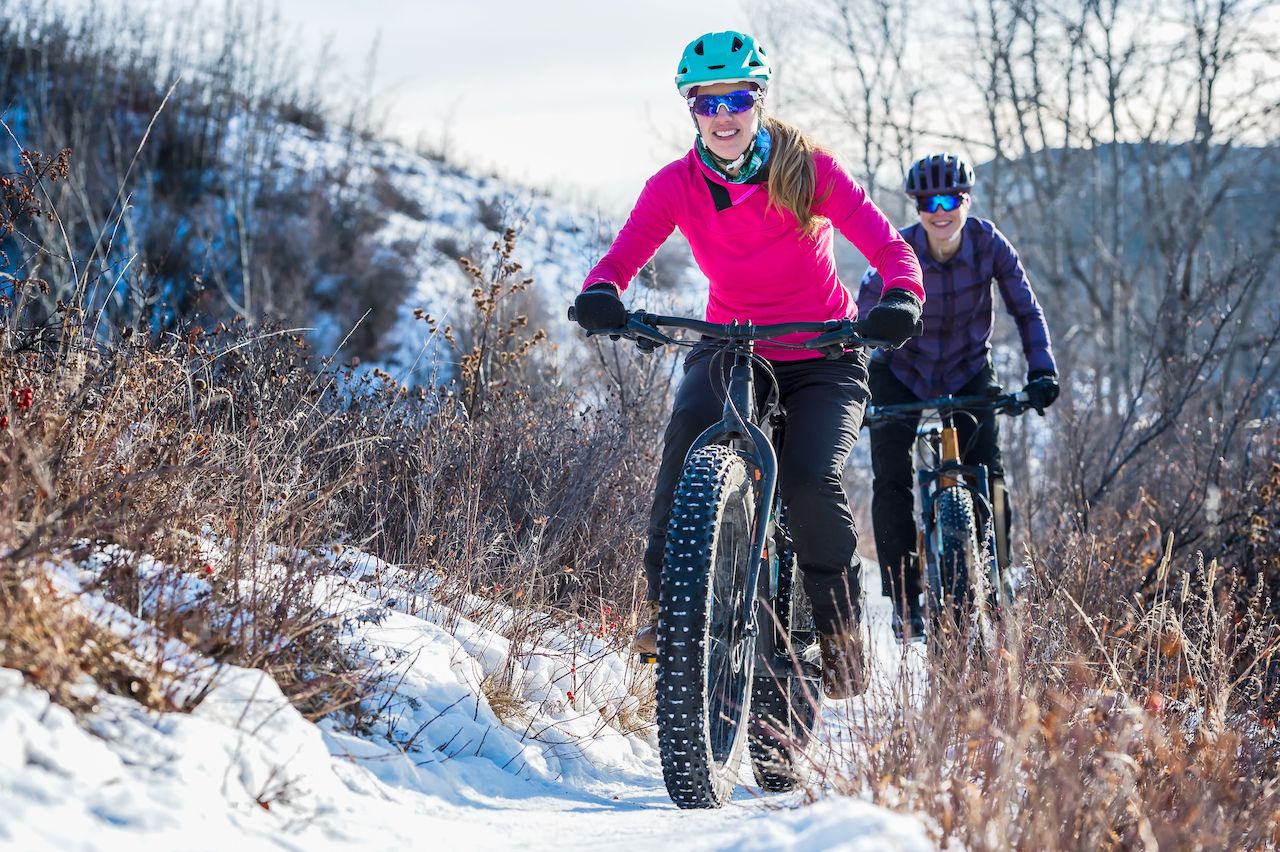 Fat bikes may look cumbersome, with thick wheels that look better suited to a motorcycle, but they can go where other bikes can’t. The intense bikes are able to plow through even deep snow and have exploded in popularity in mountain towns throughout North America. They’re also great for navigating sandy stretches and have made inroads into beach towns, as well.

While fat bikes’ additional traction means that there’s hardly a surface they can’t handle, the added friction also means they’re harder to pedal. That means that fat biking across a snowy forest is an awesome workout — and more fun than a crowded, sweaty spin class. 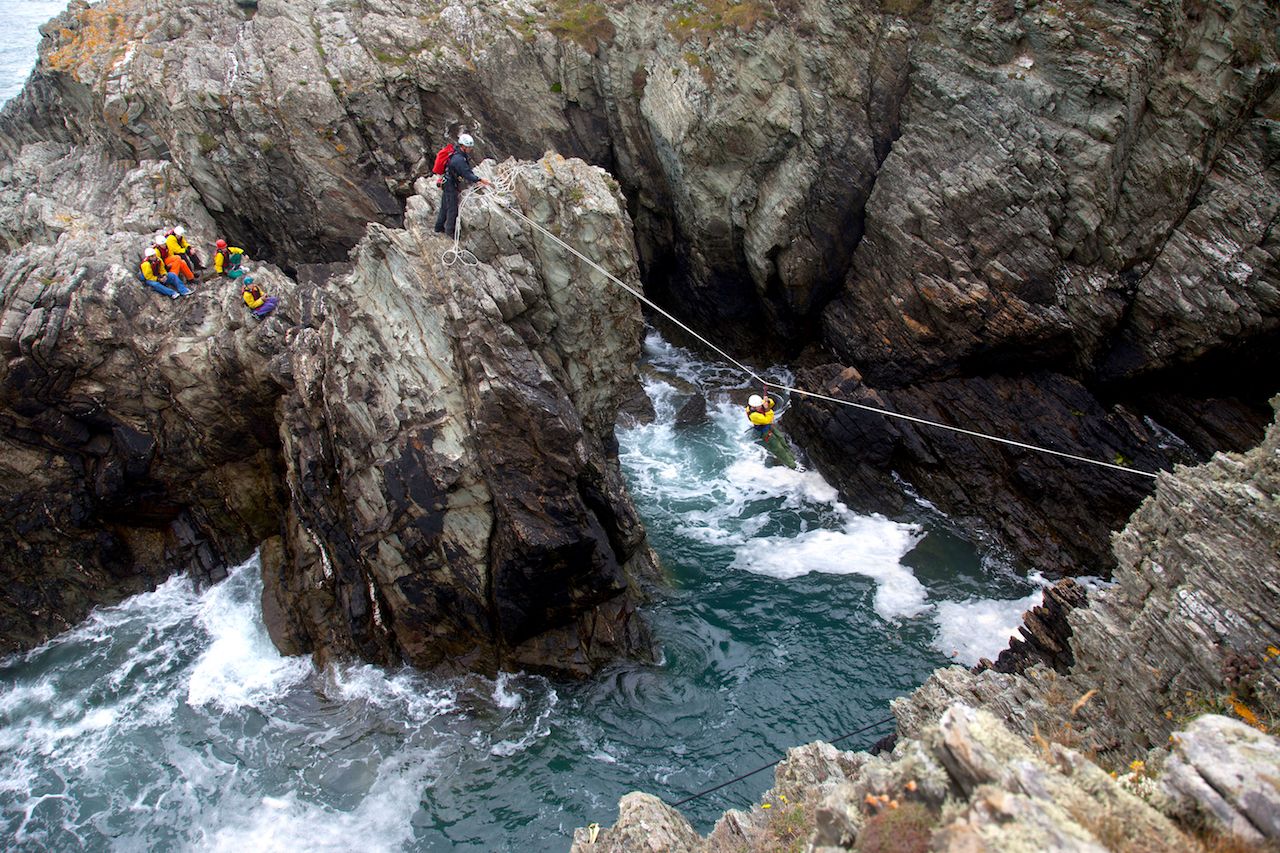 One of our favorite sports that’s starting to pick up steam is coasteering, which involves moving laterally along a stretch of waterfront in the “intertidal zone.” That’s the zone that’s above the water at low tide and below the sea at high tide, and you can find it anywhere from a sandy beach to a steep cliff or even a sea cave — at times requiring you to hike, spelunk, rock climb, zip-line, or swim.

Although coasteering was started by surfers in Wales a few decades ago, it still hasn’t caught on in the United States — but we predict it will soon. After all, it’s a serious adrenaline rush and makes for incredible Insta shots — as long as you have your phone in a secure, waterproof bag. 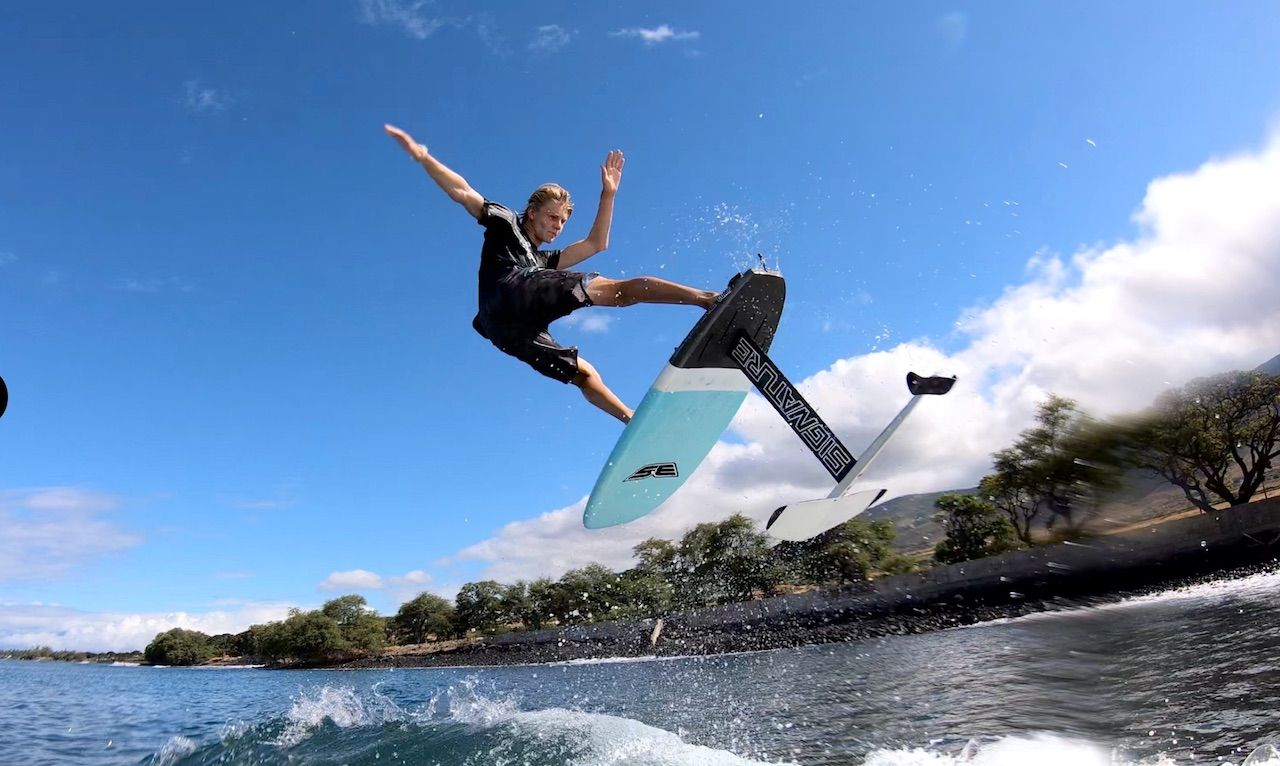 Foil surfing removes one of the principal constraints of regular old surfing: namely, the need for decent waves to propel the board. With foil surfing, the surfboard is mounted on a blade, which looks like an extra long fin with “wings” at the end of it. Like an aeroplane or a hydrofoil boat, the wings at the bottom of the blade harness the ocean’s energy to literally lift the surfboard above the surface of the water.

In turn, the board can move faster as there’s no friction of contact with the water to slow it down. More critically, surfers can pump the board to create more energy to propel themselves. We’ve seen surfers catch a wave, pump their way back to the lineup, catch another wave, and keep going endlessly. The one drawback, and it’s a big one, is that the blade under the foil board is as sharp as its name suggests. This is an activity for experts only — a very safe distance from other surfers. 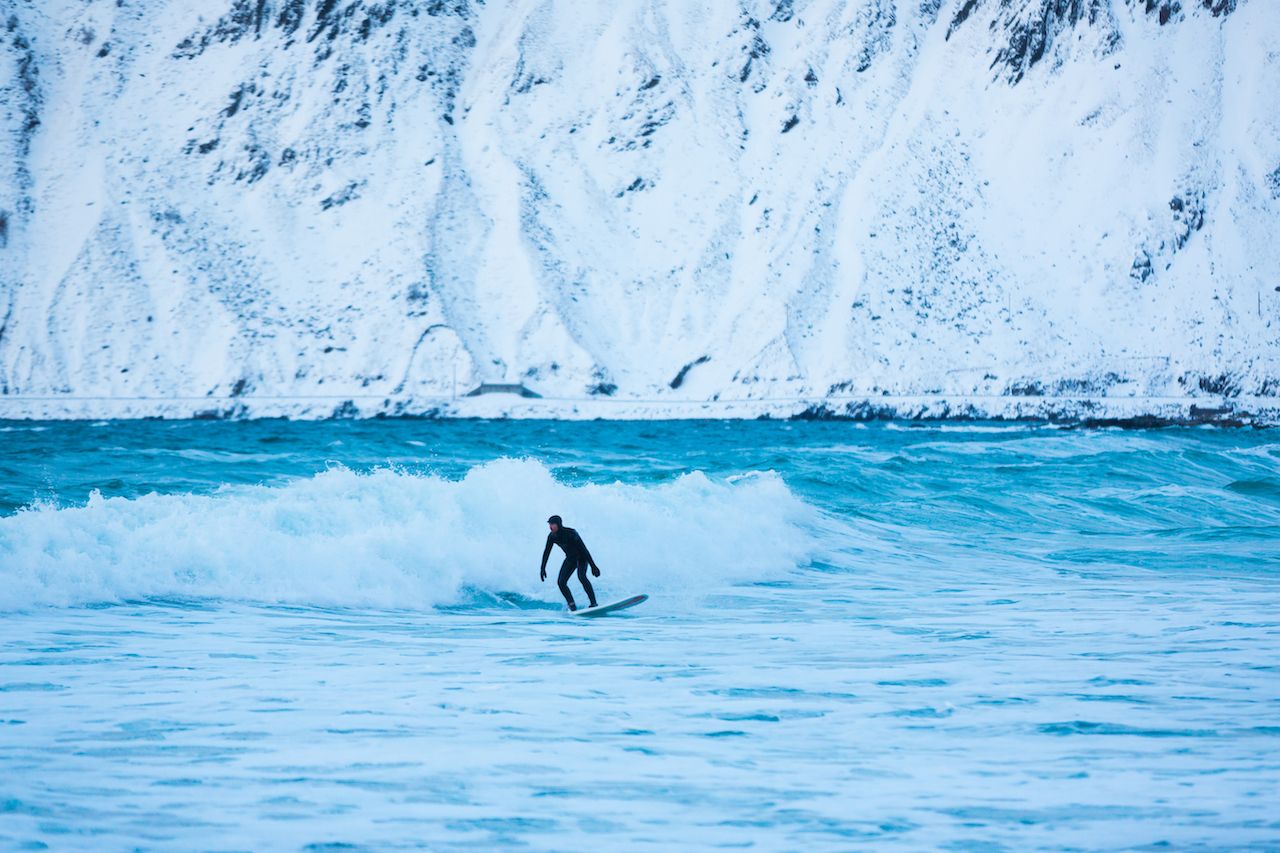 Ok, we don’t necessarily love cold water surfing, but we love that other people enjoy it. And we appreciate that — with a thick wetsuit, booties, hoods, and a healthy dose of grit — incredible waves in places like Canada and Norway are accessible to those willing to brave the elements. Cold water surfing also gives its adherents the opportunity to surf in uncrowded breaks with their choice of excellent waves. That said, with water as cold as you’d find in a place like Iceland, we wouldn’t recommend going in alone since hypothermia is a real risk. You should find another crazy soul to join you. 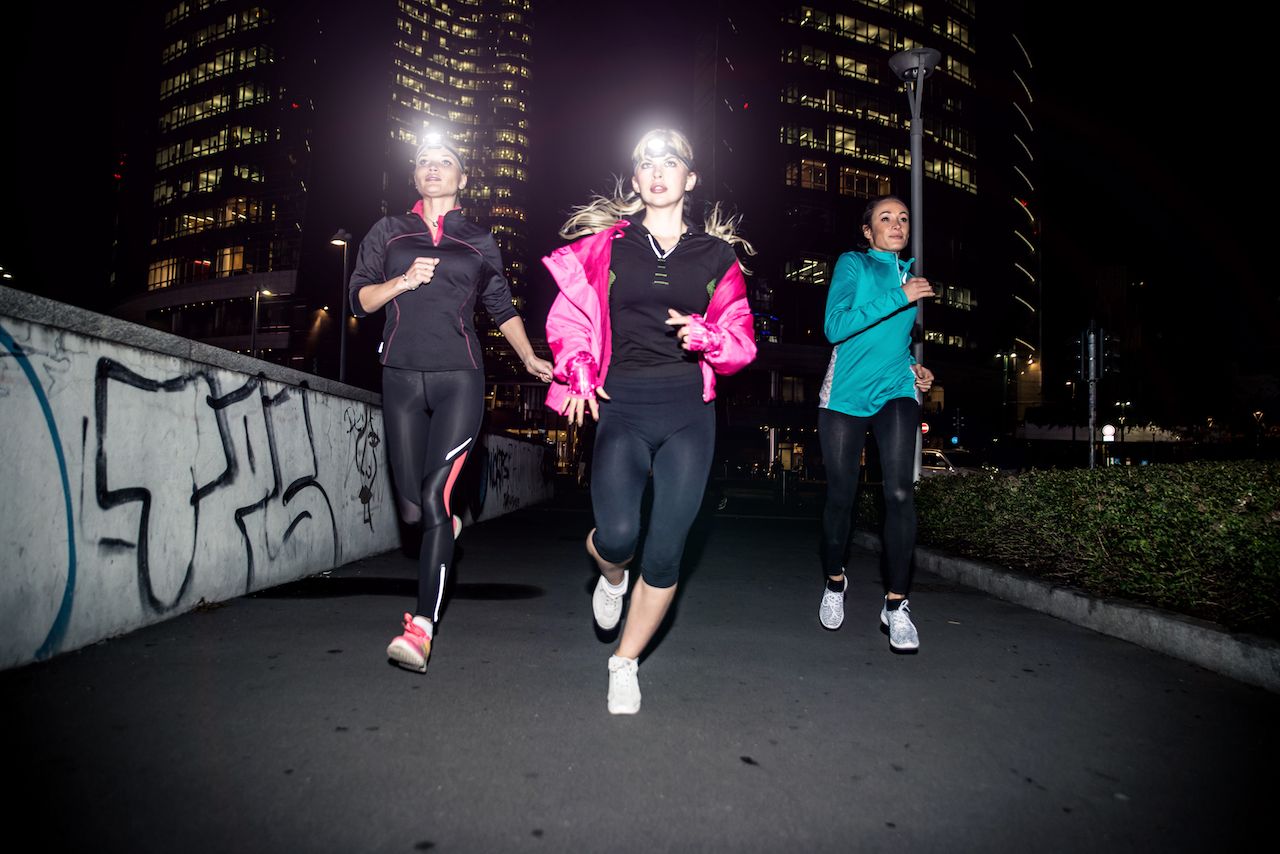 Running at the crack of dawn is so 2017. In 2018, we started running at night — and we can’t wait to do more of it. Midnight running, at its loosest, means joining an after-work running club that takes to the streets once it’s dark. At their most intense, and literally accurate, midnight runs don’t start until the clock strikes twelve. They often have a party-like atmosphere, combining jogging with thumping music and strength training stops along the way, or they can be marathons that take place while most people are sleeping.

Runners who pound the pavement, or park trail, for the first time late at night often find their body responds differently — but the sense of adventure and camaraderie that comes with this unique approach is quickly addictive. It’s no wonder that more cities are hosting midnight marathons, and nighttime running crews are growing all over the world. 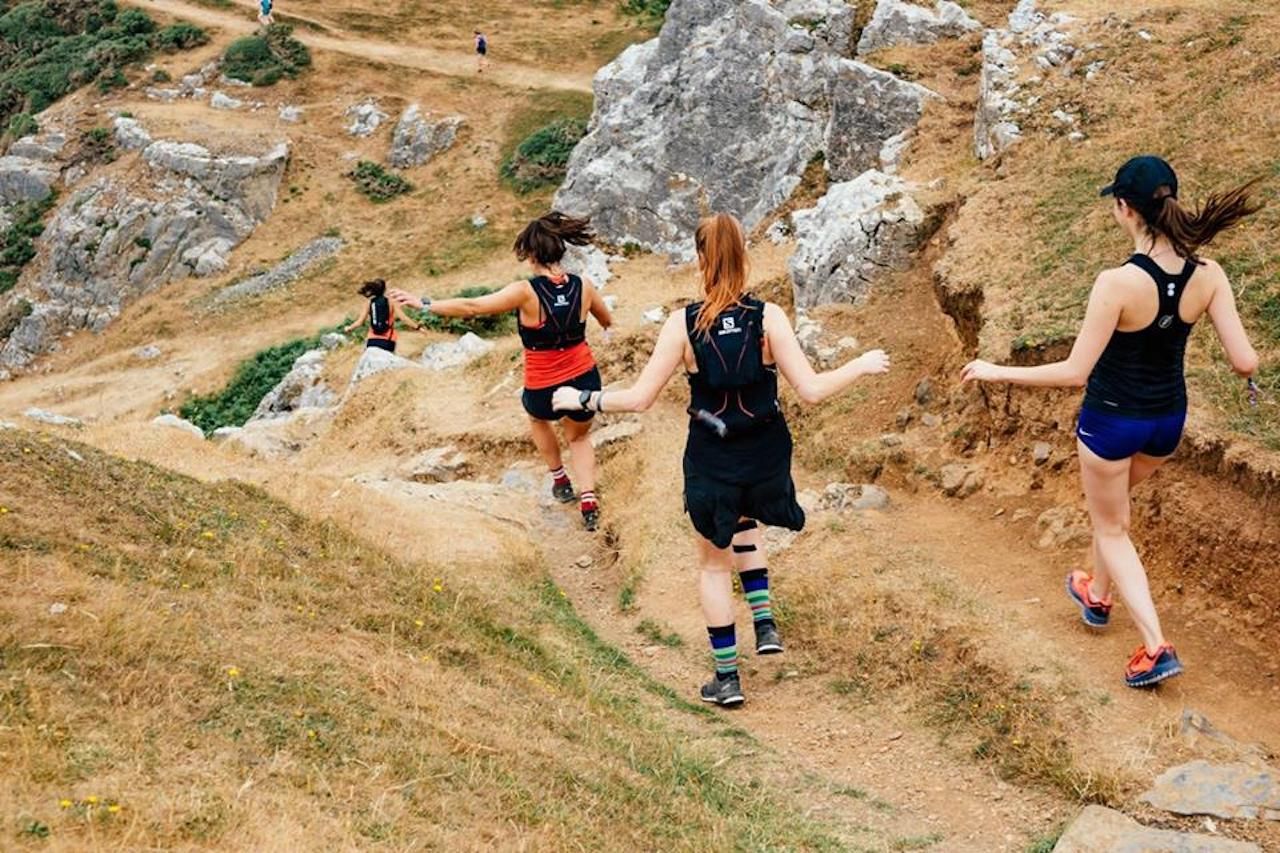 Many music festivals have begun incorporating wellness offerings into their line-ups. Trail running festivals take the healthy part of music festivals and, ahem, run with it. Boring old jogs become adventurous treks in stunning locations — perhaps through forests, across beaches, or along mountainsides — accompanied by fellow runners. Trail running festivals like the Love Trails Festival also meet runners where they are, featuring runs of various distances, as well as motivational sessions for those who want to take their athletic pursuit to the next level. For anyone worried about dedicating their precious days off to exercising, albeit somewhere lovely, trail running festivals incorporate plenty of fun into the agenda as well — like the “beer mile” races, where runners down a beer each quarter mile. 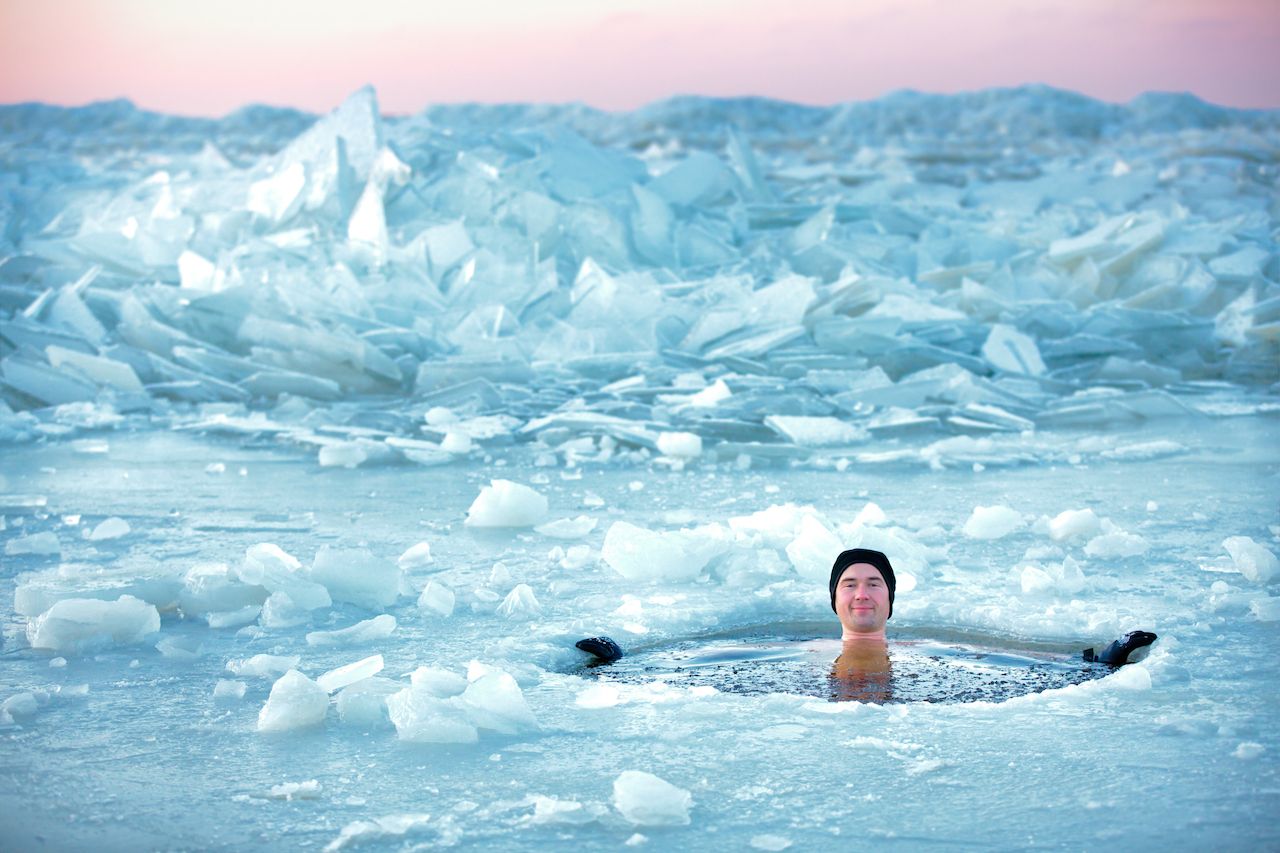 Ice swimming has been around for a long time in Eastern Europe and the Nordic countries. Older residents in those places still take to the water in the dead of winter, extolling the value of submersion in icy waters — sometimes accessible only through a hole cut in the ice — for boosting the immune system and promoting circulation. But now younger types are entering the frigid waters as well, and a whole class of adrenaline junkies are deliberately seeking out extremely cold water to swim aquatic races, wetsuit free. Ice swimming is such a thing now that the International Ice Swimming Association has been set up to create some ground rules and safety tips for participating in this crazy (healthy?) sport. 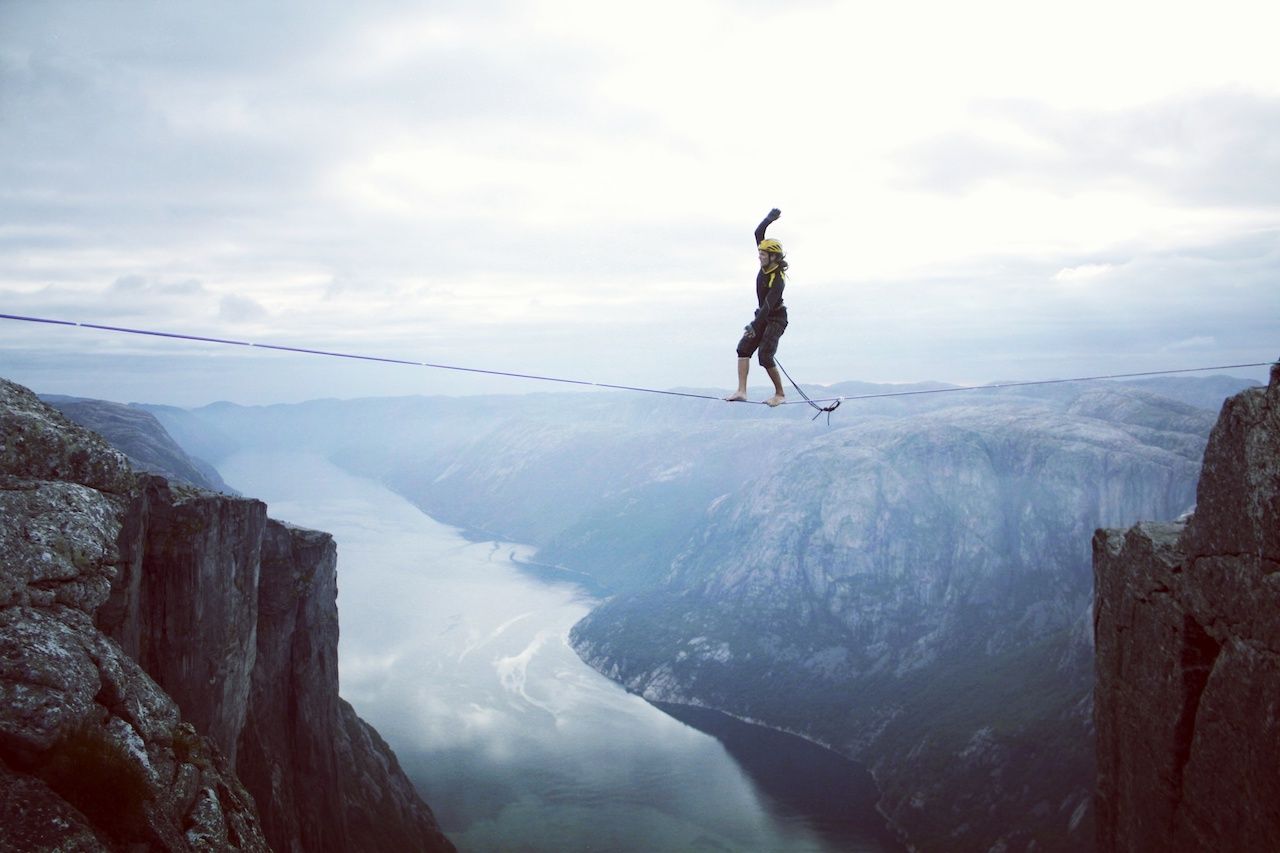 Slacklining has been around for a while, but we’re glad to see that the sport is growing up and, in the process, becoming safer. The November GGBY festival in Utah exploded in popularity, in part inspired by the Spacenet wedding that took place there 400 feet above the ground. Slackline U.S. took over organizing the festival, working with the Bureau of Land Management to address ecological and safety concerns. It offers more classes during the event and added precautions for first-timers. For anyone curious about what it’s like to slackline across a canyon, the GGBY festival might be the place to find out.

Ski & SnowCrashed Ice Is the Most Insane Winter Sport You’ve Never Heard Of
Tagged
Outdoor Insider Guides
What did you think of this story?
Meh
Good
Awesome