Maybe we blame “influencers” a little too much.

Okay, probably not, but the blame for overtourism can’t lay solely in their selfie-snapping hands. It takes a world of people to make a destination painful to visit, and if it wasn’t for throngs of people flocking to the same places their friends went, overtourism might not be an issue. Perhaps the key in keeping the crowds down is finding other, comparable destinations that offer the same sights, food, and foreign experiences without the masses. We conferred with the editors from Hideaway Report, and they offered up some worthy alternatives to seven of summer’s most crowded places.

1. Instead of Amsterdam…visit the Hague. 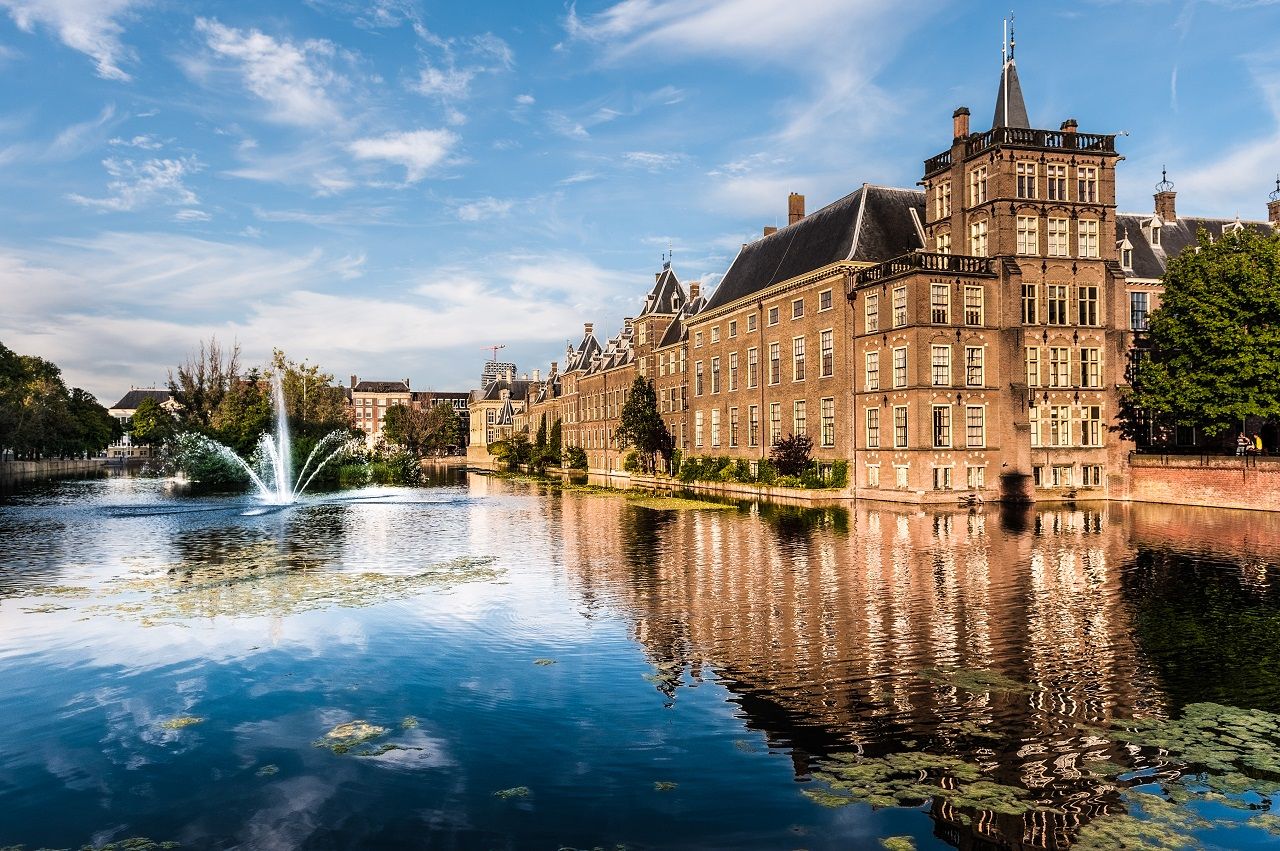 The canals, floating bridges, and quaint cafes of Amsterdam might seem an inviting place to spend the summer, but bear in mind most of the Netherlands’ 18 million annual visitors end up there. For the same culture, architecture, and centuries-old history, head to the Hague. The seat of Dutch government is the country’s most international city, home to over 100 different ethnic groups as well as the International Criminal Court.

Like many government seats, the Hague is also awash in world-class museums like the grand Mauritshuis museum, home to Vermeer’s “Girl with a Pearl Earring.” There’s also an Escher museum, the ultra-modern Gemeentemuseum, and the Madurodam — a collection of scale miniatures of Dutch landmarks. While it might not boast the hash bars and red-light districts of its more-famous neighbor, it does have one thing Amsterdam never will: a beach! Head to Scheveningen or Kijkduin and spend the afternoon away from crowds, breathing fresh sea air. 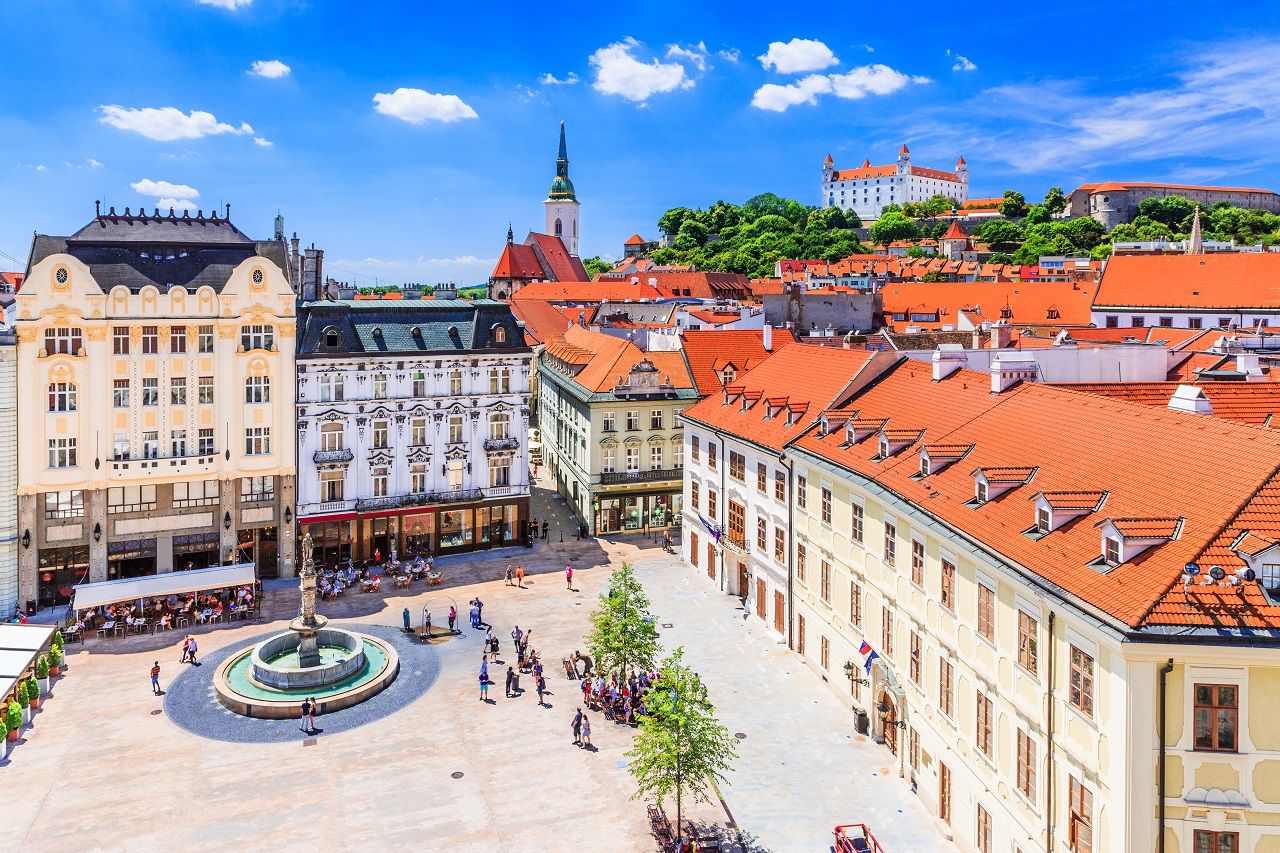 With crazy-cheap discount flights from the rest of Europe, Prague has become the top Eastern European stop for pretty much anyone taking an extended Euro trip. Sure, the beer is cheap, but it tastes a little better when you don’t have to fight mobs to get it. For that same Baroque architecture and cheap beer experience, head to the Slovakian capital of Bratislava, about an hour from Vienna by train.

The main square of the city is full of energetic bars and relaxing cafes, every bit the Eastern Europe you’d travel to Prague for. An added bonus: Slovakia is gaining international recognition for its wineries, and just a short drive out of town you’ll find spots like Vino Matyšák and Mrva & Stanko, where you’ll find first-rate bottles for half of what they’d cost in Napa. You can also hike a few hours from the city through thick forest to Devin Castle, a trip that feels like stepping smack into the middle of an old fairy tale. 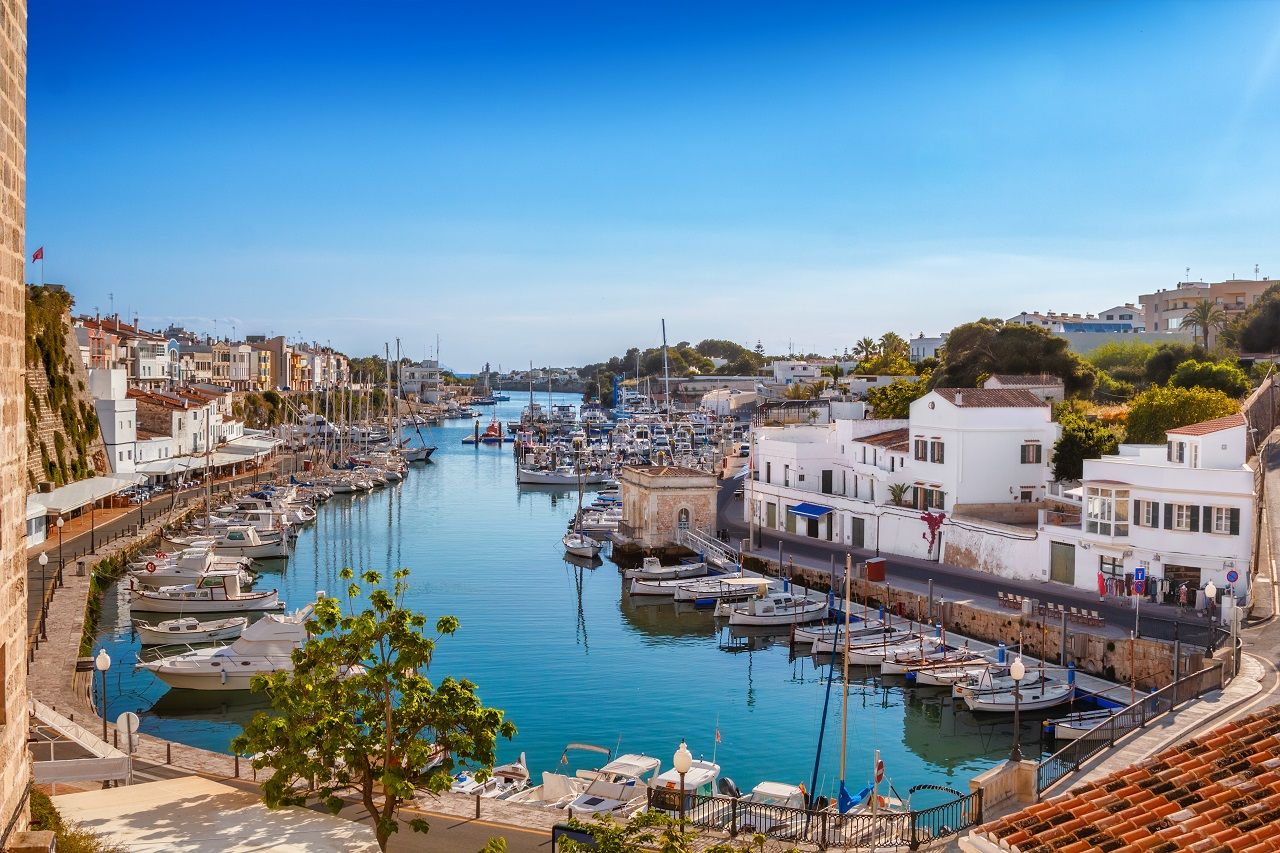 Try not to get confused by the similar sounding names, and you’ll find a peaceful, relaxing vacation in Spain’s Balearic islands. Mallorca has become overrun with sun-seeking Europeans, and the beaches and restaurants in Palma become almost impossible to navigate during the summer. But about a short ferry ride away sits Menorca, where you can sun yourself under an abandoned castle at Cala Mesquida, or hide on white sand in a hidden cove at Cala Trebaluger.

The island is also famous for its gins, so after a hard day in the sun, stop in for a tasting at Xoriguer. Also on the drinking agenda: Cova d’en Xoroi, a bar set in cliffside caves with spectacular views of the water. You can also stop in for a wine and cheese tasting at Hort Sant Patrici, or peruse the historic buildings in the old capital of Ciutadella.

4. Instead of Santorini…visit literally any other Greek Island. 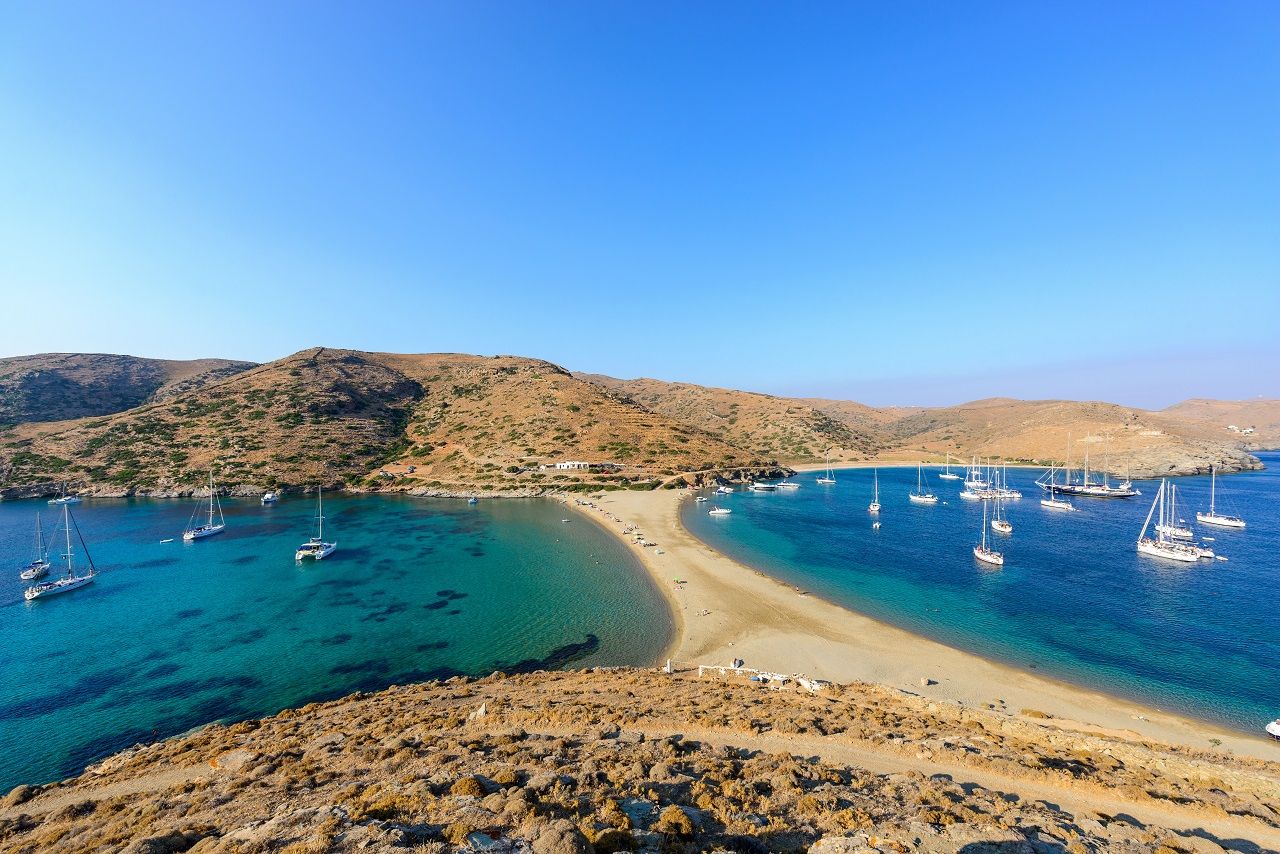 Those picture-perfect Instagram posts of white cubist houses lining the island shore don’t show the 15,000 or so cruise ship passengers that clog up Santorini on many summer days. Crowds actually got so bad that the Greek government banned mule tours where the animals were carrying more than 100 kilograms. But the Greek islands aren’t limited to Santorini. In fact, there are over 6,000 Greek islands, many of which have never seen a cruise ship.

The best Greek islands to visit are probably ones you’ve never heard of, so let us throw you some suggestions. If you’re into glamping on volcanic rock formations, check out Lemnos, with nature and geography similar to the Caribbean. Kythnos is fairly accessible from Athens, and offers the same cliffside architecture and clear blue water as Santorini. For deserted beaches that feel like your own little slice of paradise, try Koufonisia or Milos. Or check out the colorful streets and friendly locals in Karpathos.

5. Instead of Iceland…visit the Azores Islands. 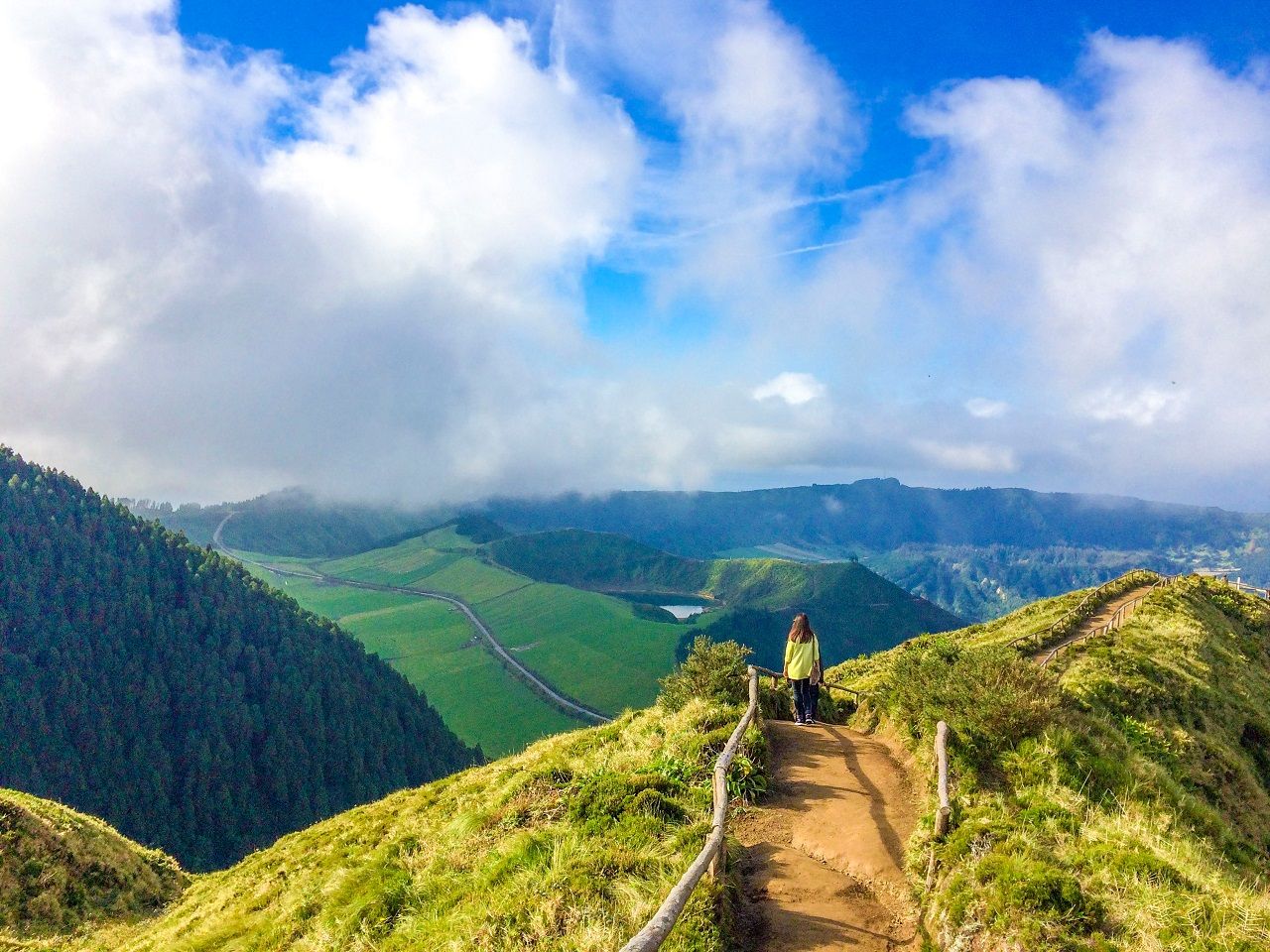 Iceland might be a natural wonder full of lava fields, steaming volcanoes, and epic glaciers. But it’s now also full of our busloads of tourists, who might be lovely people but don’t really add to the whole appreciating-nature-in-quiet experience. Also, it can be a little cold. And a lot expensive. For all that volcanic action with warmer weather and lower prices, head to the middle of the Atlantic Ocean — to Portugal’s Azores Islands.

This far-flung archipelago offers some of the best diving in the world, with an underwater museum off the main port in Terceira and reefs surrounding São Miguel. These volcanic islands also have plenty of steaming wonders, like the town of Furnas where you can eat corn boiled in the earth and drink tea made with volcano water. Azorean scenery is no slouch either, where a hike to Sete Cidades has you overlooking a volcanic caldera with blue and green lakes. The Azores is conscious of overtourism, too, and even though Delta began nonstop flights from JFK Airport last year, the islands still don’t feel overrun. 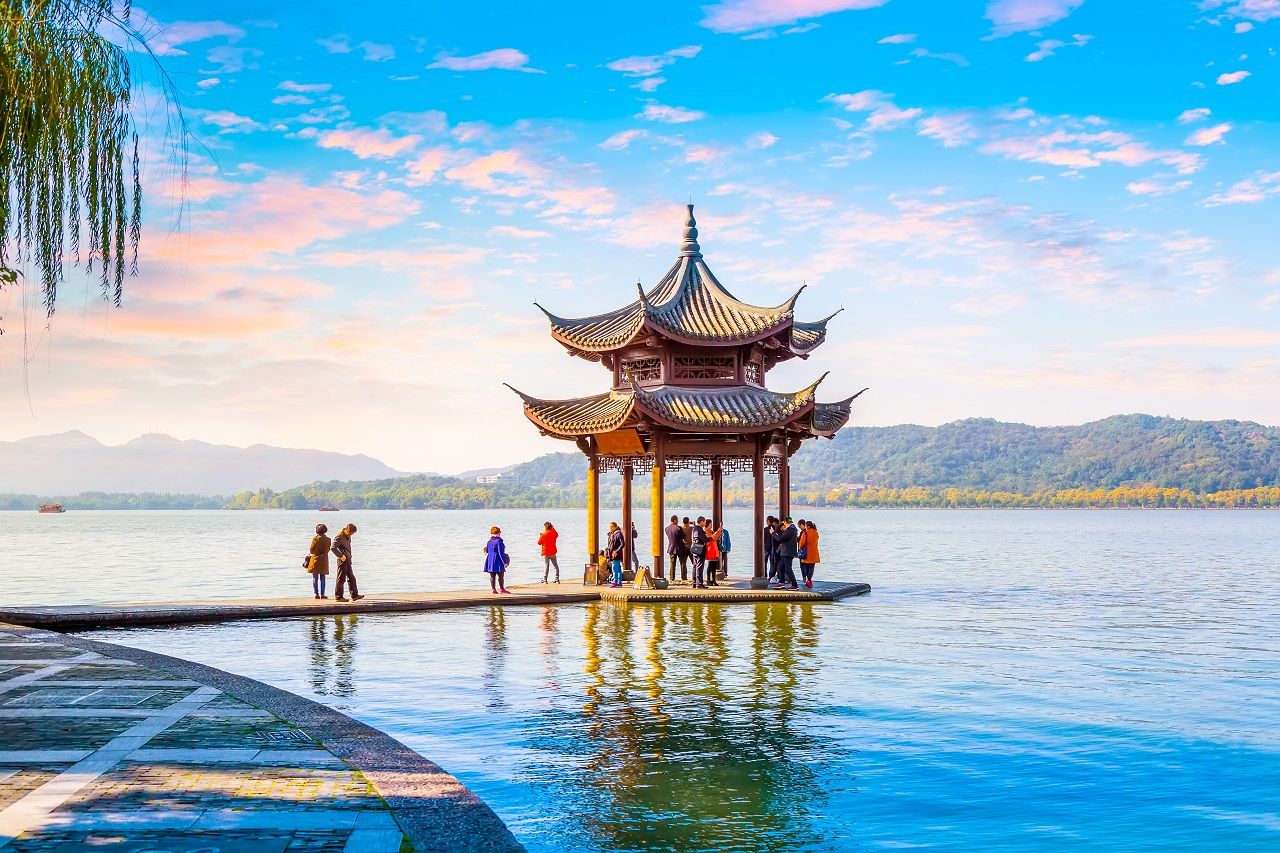 Beijing being crowded is about as big of news as Kanye West saying something ridiculous, but since many people can’t list more than two destinations in China, Beijing still ends up on everyone’s bucket list. To get a better sense of China’s cultural history in a far more easy-breathing environment, take the train an hour from Shanghai to Hangzhou. This lakeside gem is one of the greenest cities in China, so beautiful that Chairman Mao kept a villa there and left it nearly untouched during the revolution.

Today it’s a country retreat for Shanghai’s nouveau-riche, with a trail along the water where you can run, bike, or stroll under lakeside willow trees. The city’s ancient architecture is equally as beautiful, with relatively uncrowded spots like fourth-century Buddhist temple Lingyin Si and the 12th-century Six Harmonies Pagoda. Relatively being the key word; the city still has seven million people and 21 million in the greater metro area.

7. Instead of Yosemite…visit Joshua Tree. 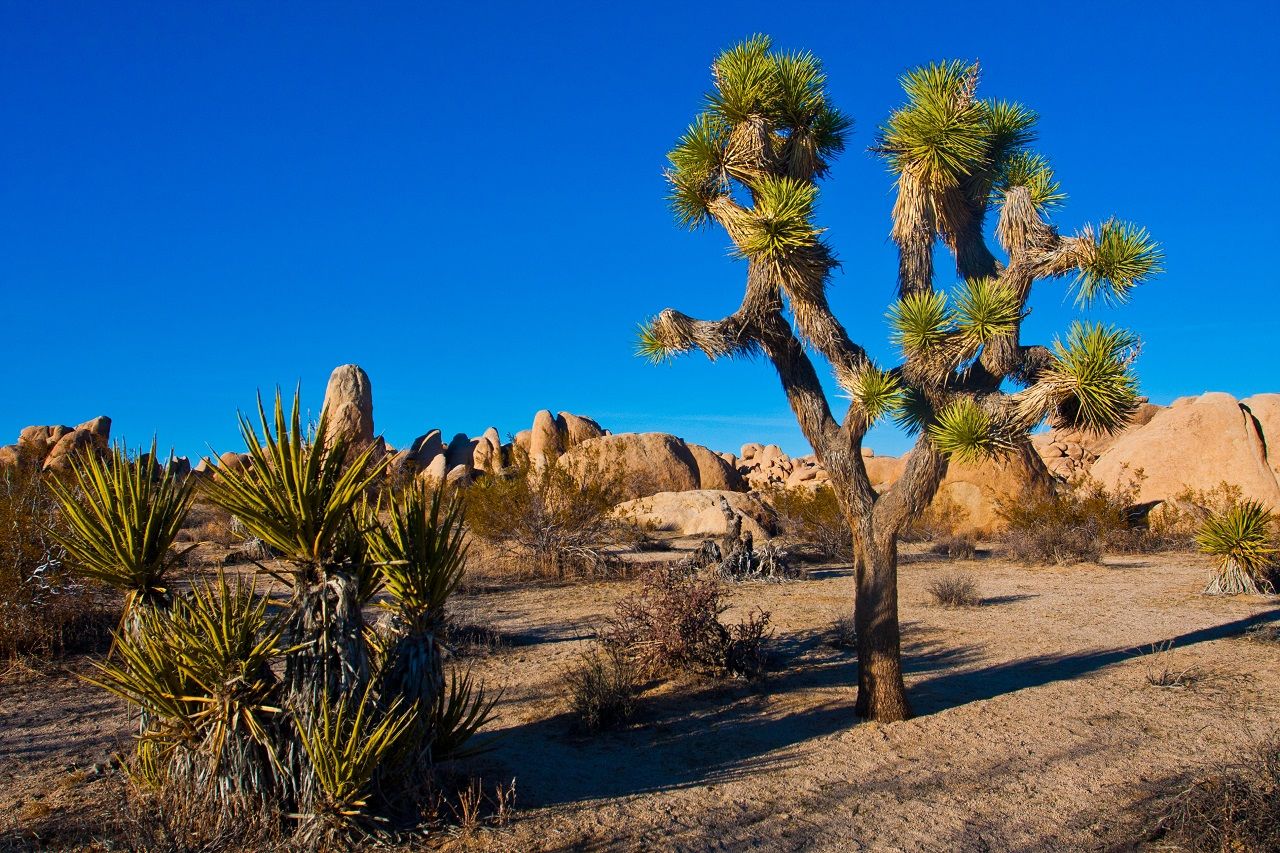 California’s famous traffic congestion should, theoretically, be limited to its cities. Not the case when you head into Yosemite on any summer weekend, when it seems nearly everyone in America takes a road trip there. Not that it makes the park any less spectacular, but if you want to experience other wonders of Californian nature, venture out to the desert and into Joshua Tree National Park.

A surreal desertscape replaces the waterfalls and rock faces of Yosemite with trippy boulder piles and spectacular sunsets. Joshua Tree is also central to one of the quirkiest parts of the country, where you can visit Pappy and Harriet’s in Pioneertown and possibly catch a big-name act playing a small-town saloon. Or peruse a full-scale outdoor desert art museum, as well as the smallest museum in America, at the world-famous Crochet Museum. The park might not have the world-famous features people travel the world for, but it can be a heck of a lot more fun.

Beaches and IslandsThese Are the Cheapest Beach Towns in America
Tagged
Travel Insider Guides
What did you think of this story?
Meh
Good
Awesome