With the slow return of travel comes the cliche travel photos that clogged our Instagram feeds prior to the pandemic. You know the ones: someone propping up the Leaning Tower of Pisa with their finger, or a group of guys crossing Abbey Road, or the classic buddy pose with a Buckingham Palace guard who definitely doesn’t want to strangle you.

Like the Forbidden Fruit in the Garden of Eden, cliche travel photos are both tempting and appealing (they became cliches for a reason, after all). Yet the tired repetition of the same poses and subject matter has nearly made travel photography itself a cliche.

But it’s not too late. There’s still hope for our weary Instagram feeds, bruised but not yet beaten by the onslaught of unoriginality.

First, how did we get into this mess in the first place?

“By falling in line you don’t have to take a chance at being original, and that seems to make people feel good,” says professional travel photographer and filmmaker Ryan Salm. “It’s easier to be a sheep than a goat, I guess.”

Salm adds that as travel becomes easier and more accessible, which is a good thing, it’s also become easier for people to flock to the same frames of reference in popular locations. The result? Backdrops that might have previously been “hidden gems” are now Insta-famous and, unfortunately, cliche.

“It’s pretty easy these days to find the exact spots that people have made cliche,” he says, “and then it just becomes regurgitated content.”

The biggest problem, though, is that succumbing to photo cliches is just too damn easy.

It’s a breeze for “people to photograph the exact same thing as the people before them and call it art,” Salm says. “Take, for instance, the classic [photo cliches] like the Milky Way, the first-person-legs-hanging-out-of-the-van shot, and the skateboarder on a windy road.”

The most common cliches 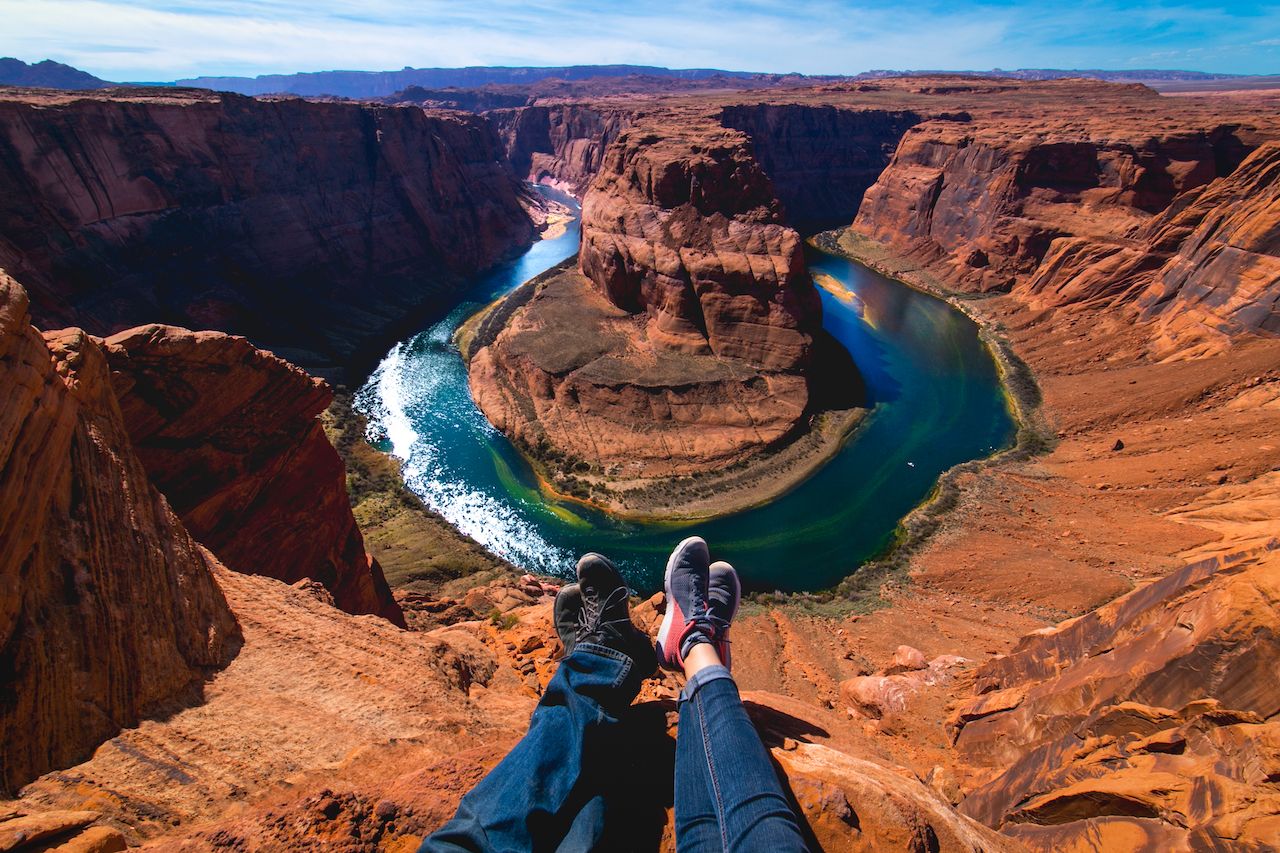 When we’re on the go and looking to capture a quick and eye-catching picture, it’s easy to drift to the shots that caught our own eye on Instagram. This isn’t a new phenomenon. Insta Repeat has been dedicated to posting collages of social media’s ubiquitous travel photo cliches for years.

Popular call outs include classics like “holding a leaf in fall” and “hammock in the trees.” The go-to road trip standby is “feet and/or head sticking out the car window.” Camping has basically its own genre of cliches with favorites such as “the open tent flap,” “tent under the Milky Way,” and “campfire by the water.”

The same destinations keep cropping up as well. Arizona’s Antelope Canyon, Horseshoe Bend in the Grand Canyon, Norway’s Trolltunga viewpoint, and the same rocky ledge in Yosemite National Park, to name a few. In the case of Antelope Canyon, so many people crowd for the same shot that it makes actually visiting near unbearable. It’s not just big name parks. Instagram has also been blamed for people destroying flower fields in Siberia and tulips in Denmark. So many people flocked to wildflower superblooms in California that it led to park closures.

None of this takes away the fact that these respective landscapes are beautiful. Just remember, there are hundreds of thousands of photo-worthy locations in the world, and only a small fraction of them show up on Instagram. By all means, visit the Eiffel Tower. Go to Yosemite. But when you do, think twice about taking a photo that might show up in one of these collages.

How to avoid travel photo cliches 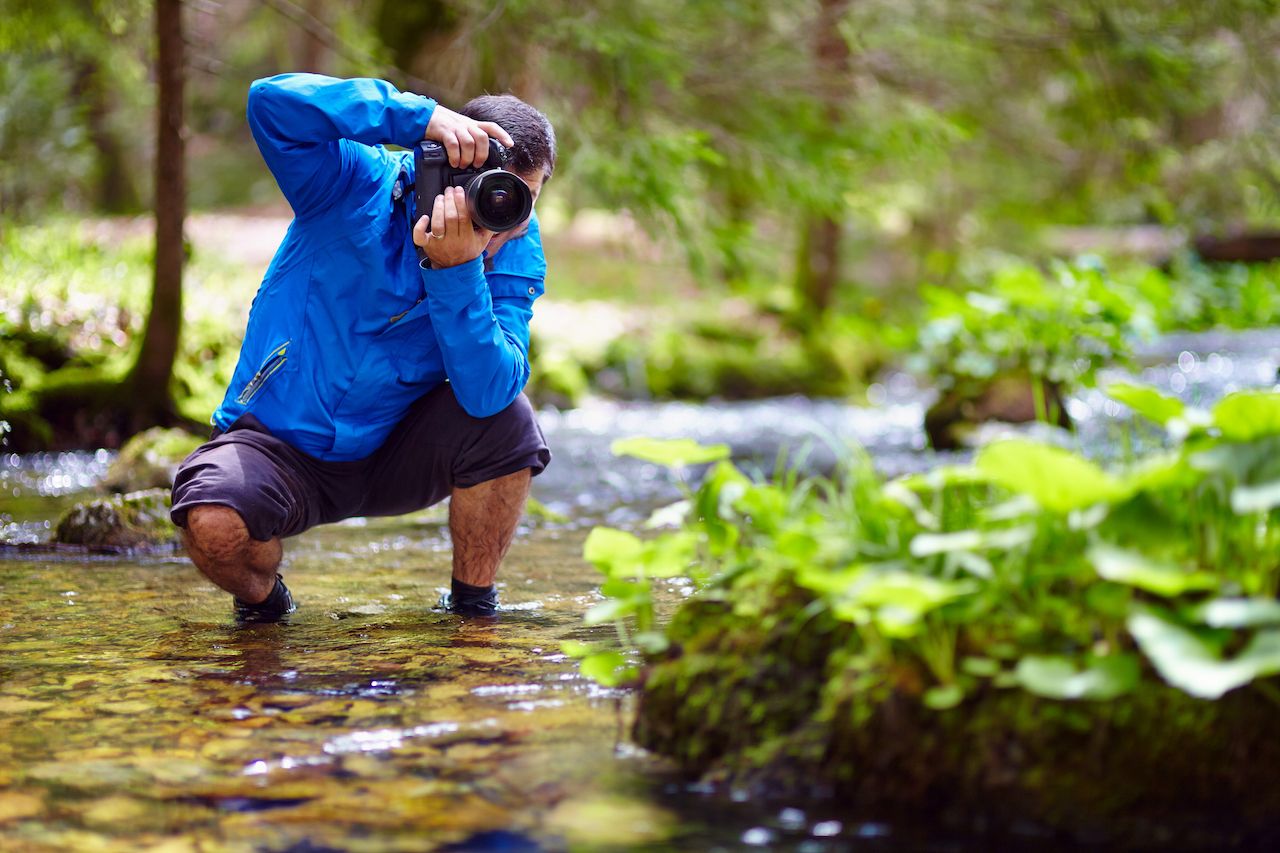 So, is there actually a solution, or should we all just resign ourselves to contribute to the seemingly endless stream of cliche travel Instagrams?

One way to avoid the overdone is to take tips from a basic photo 101 course. First, consider the angle. Shooting from higher or lower than the image everyone is familiar with, or moving to a different side, gives new perspective. The time of day matters, too. Yes, everyone wants that golden hour shot. Instead of shooting at sunrise or sunset, though, find a way to play with the harsh shadows that fall from whatever famous building you’re in front of in the middle of the day. Most importantly, consider, and control, what makes it into the frame. Get closer to highlight details in an over-photographed building, for example, or focus on a person or action while blurring a landmark in the background. Consider shooting around the landmark and entirely leaving it out of the picture, even. And when possible, include local life (just be sure to do so ethically).

According to Salm, even professional photographers often feel tempted to mimic the work of those who came before them, or artists they particularly admire. The key is carving out your own style and letting your pictures be a reflection of you rather than someone else (or many someone elses).

“While we all are influenced by others. I try to stay true to my style and let others stay true to theirs,” Salm says. “The last thing I want is to be confused as one of my peers. More so than anything else I think it’s a must that we all have our own styles. We don’t need clones of ourselves.”

We can’t all be completely original all the time. It’s perfectly fine to allow others to influence us, and draw inspiration from the photos of other established travel photographers. Just don’t let influence morph into an echo.

Road TripsThis Photographer Drove Cross-Country To Capture American Life in Lockdown
Tagged
Travel
What did you think of this story?
Meh
Good
Awesome