Although Berlin has a great deal to keep visitors captivated, it’s still nice to get out of town now and again. The good news is that there are some fabulous and unique destinations within an hour or two of the city, ranging from sobering sights like concentration camp memorials and former Stasi prisons to attractively bucolic areas like the river-crossed Spreewald, glamorous Potsdam with its museums and palaces, and a wealth of lakes, beaches, and cultural highlights, too. 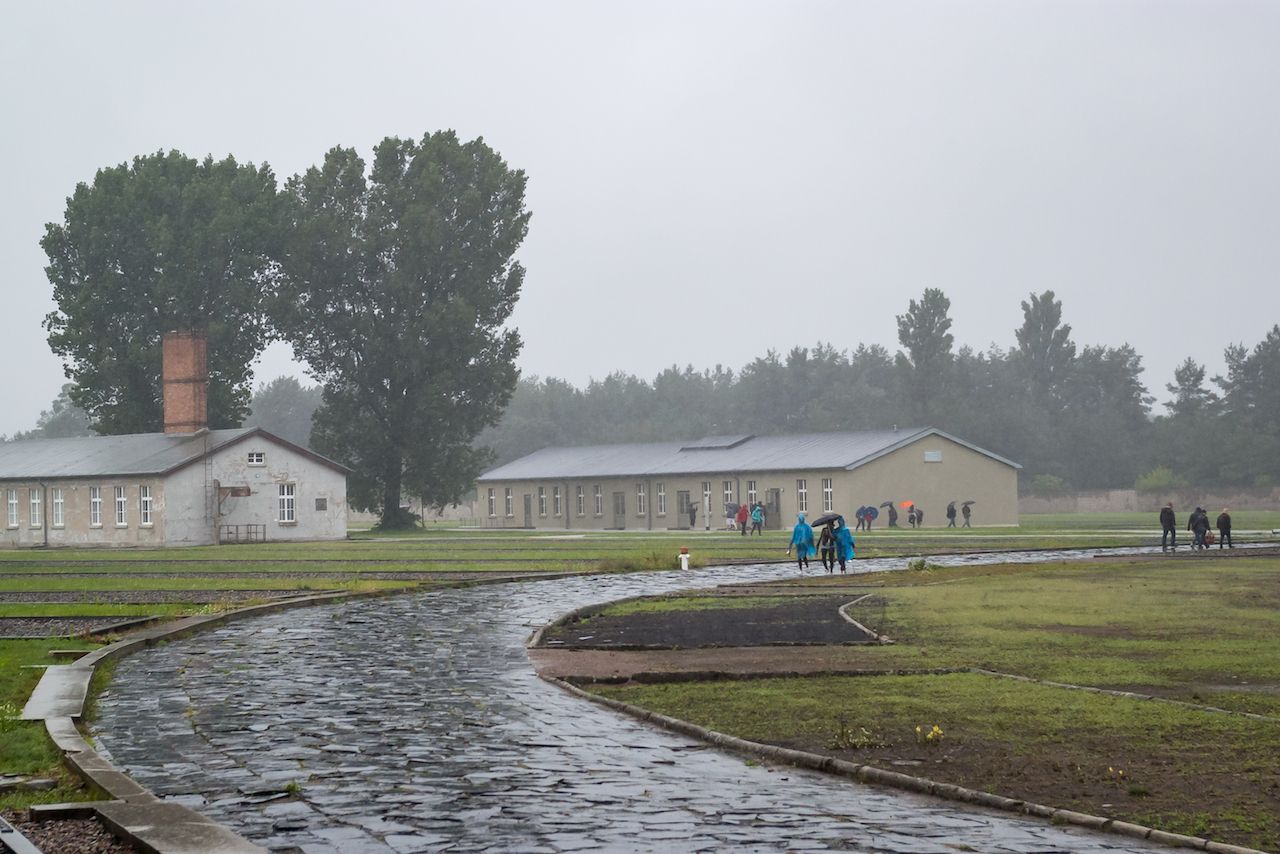 Sachsenhausen Concentration Camp — By far the most sobering sight within an hour or so of Berlin, this former concentration camp was established in 1936 and used from 1938 to 1945 as the central administration for all German concentration camps. In 1943, a small gas chamber was added and tens of thousands died here from starvation, disease, and systematic extermination. Yet more died on the notorious death marches in April 1945, and in 1948, the camp became a Soviet-run prison (“Special Camp No. 1”) with another sixty thousand people interned here over five years. The original structures are mostly still in place, and there are information boards dotted around to guide visitors along. 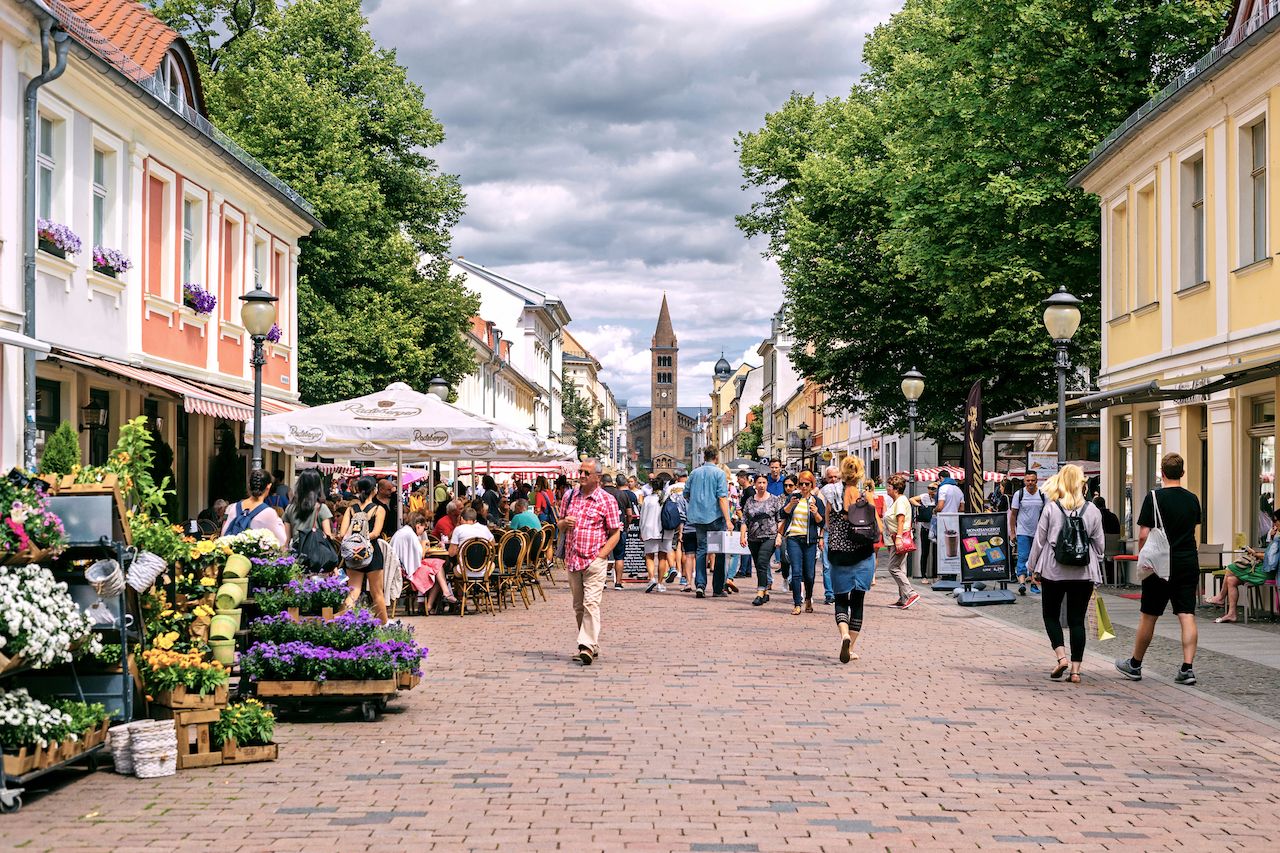 Potsdam — This UNESCO World Heritage Site city is known for its parks and palaces and makes for an easy and pleasant day trip. Lying about 15 miles southwest of Berlin, Potsdam’s big highlight is the striking Schloss Sanssouci, built for Frederick the Great as his summer residence and resplendent with royal rooms, a wealth of artworks, and picturesque gardens. Also worth seeing is the quaint Russian Colony, a gift for Tsar Alexander I; the equally alluring Dutch quarter, which consists of around 150 three-story red-brick houses built between 1734 and 1742; and the Babelsberg film studios, famous in the pre-war era as the “German Hollywood.” 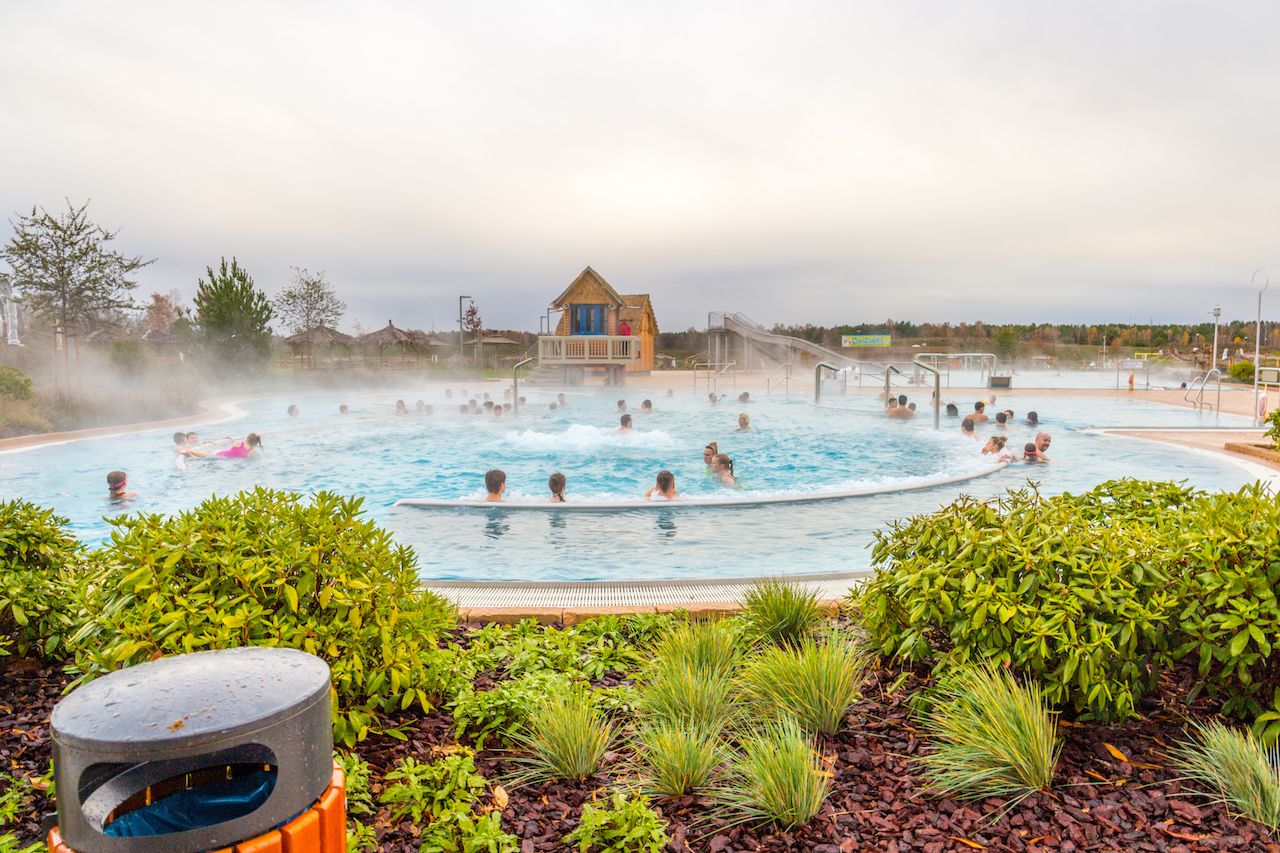 Tropical Islands Resort — There’s something surreally Truman Show about this ersatz tropical island, not least that it’s set inside an immense aircraft building in the middle of nowhere. Though a little ominous from the outside, inside you’ll find a truly exotic mix of palm trees and sandy beaches, waterfalls and saunas, flamingos and floating hot-air balloons — plus of course several swimming areas with numerous water slides, both inside and outside. You can even stay overnight in a tent or lodge, and there are 13 bars and restaurants offering a mix of Asian, American, and European cuisine so you can happily spend a day or two here. 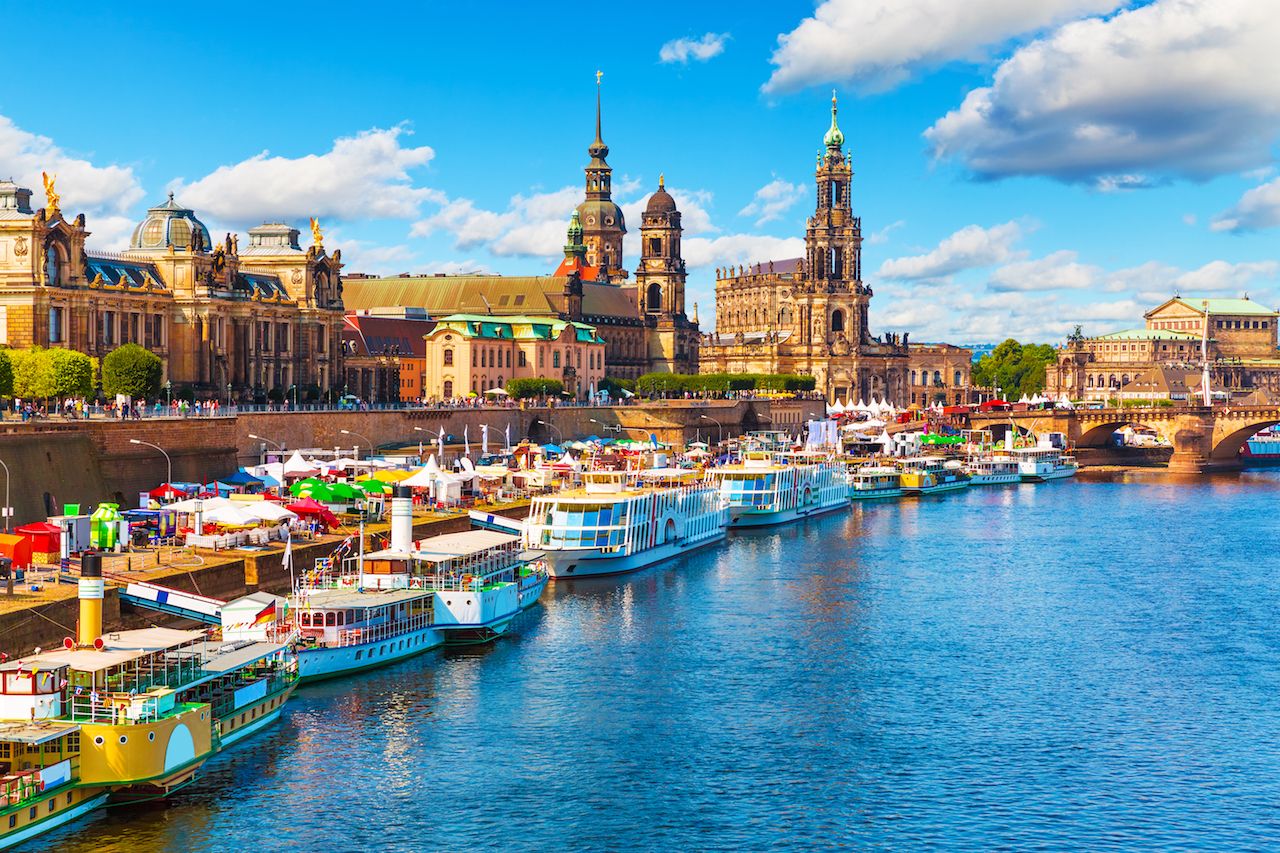 Dresden — Just a couple hours from Berlin by train or car, the handsome riverside city of Dresden offers beautiful architecture and cultural treats galore. Extensively rebuilt after the war, the city center is striking and accessible enough to warrant a walking tour, which will take you past significant sights like the Frauenkirche, Germany’s largest Protestant church; the rococo Zwinger, with its abundant museums and prestigious artworks; and the glamorous opera house. Head down to the Elbe river for picturesque scenes; the Augustus Bridge has especially great vistas — cross it to reach Neustadt and its array of contrastively hip restaurants, shops, and bars. 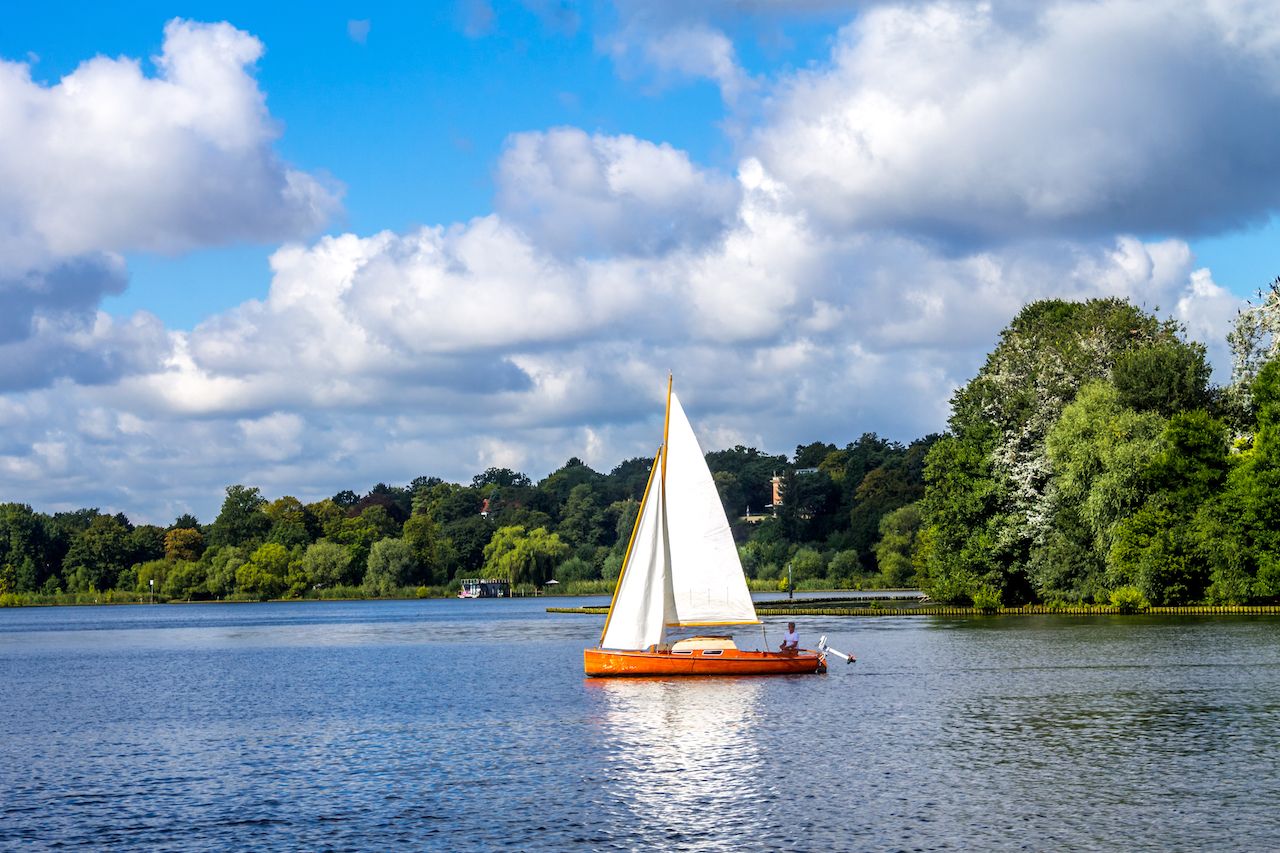 Wannsee — This large sparkling lake in the southwest of the city is a famous summer hangout, best known for its historic lido (built in 1907) and mile-long stretch of sand dotted with classic wicker beach chairs. As well as interesting architecture, it offers activities like volleyball and boat rentals. There are other charms to be found around the lake too, though, including the House of the Wannsee Conference where the Nazis’ notorious “final solution” plan was agreed upon, and the Max Liebermann Villa, which showcases the Impressionist painter’s works and has a charming garden and cafe. It’s also possible to catch a ferry to the peaceful and pleasant village of Kladow. 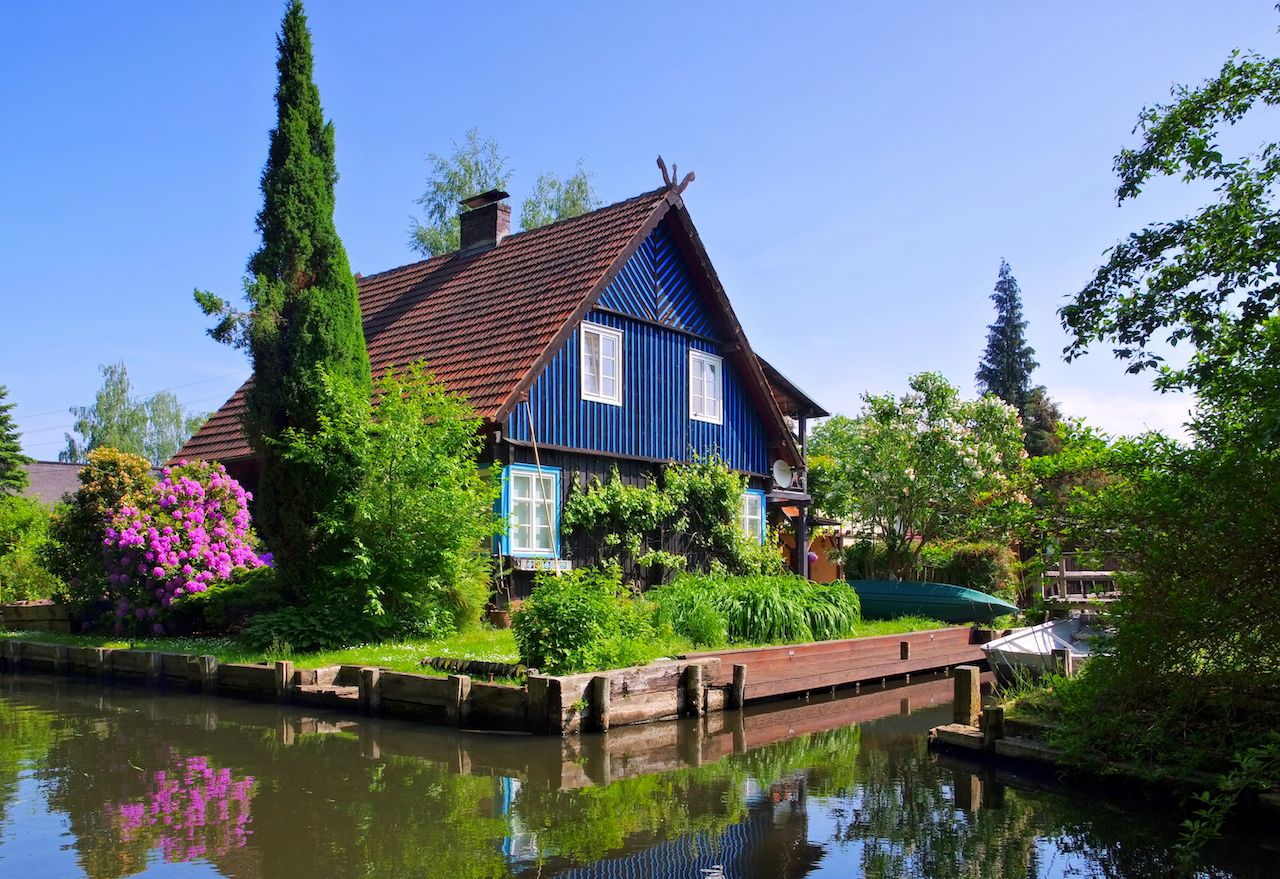 Spreewald — This scenic UNESCO-protected nature reserve makes a wonderful break from the constant stimulation of the big city. It offers moors and wetlands, trails for walking and cycling, as well as highly popular waterways, which you can explore with a kayak or canoe. You can stop off at the lagoon village of Lehde, which has an Open-Air Museum, and maybe catch sight of a frog, otter, or white stork or the pretty fishing village of Leipe for a pleasant lunch. You should definitely try a pickle — they’re the local delicacy and can be more fully explored on the niche but dedicated “Pickles Cycling Trail.” 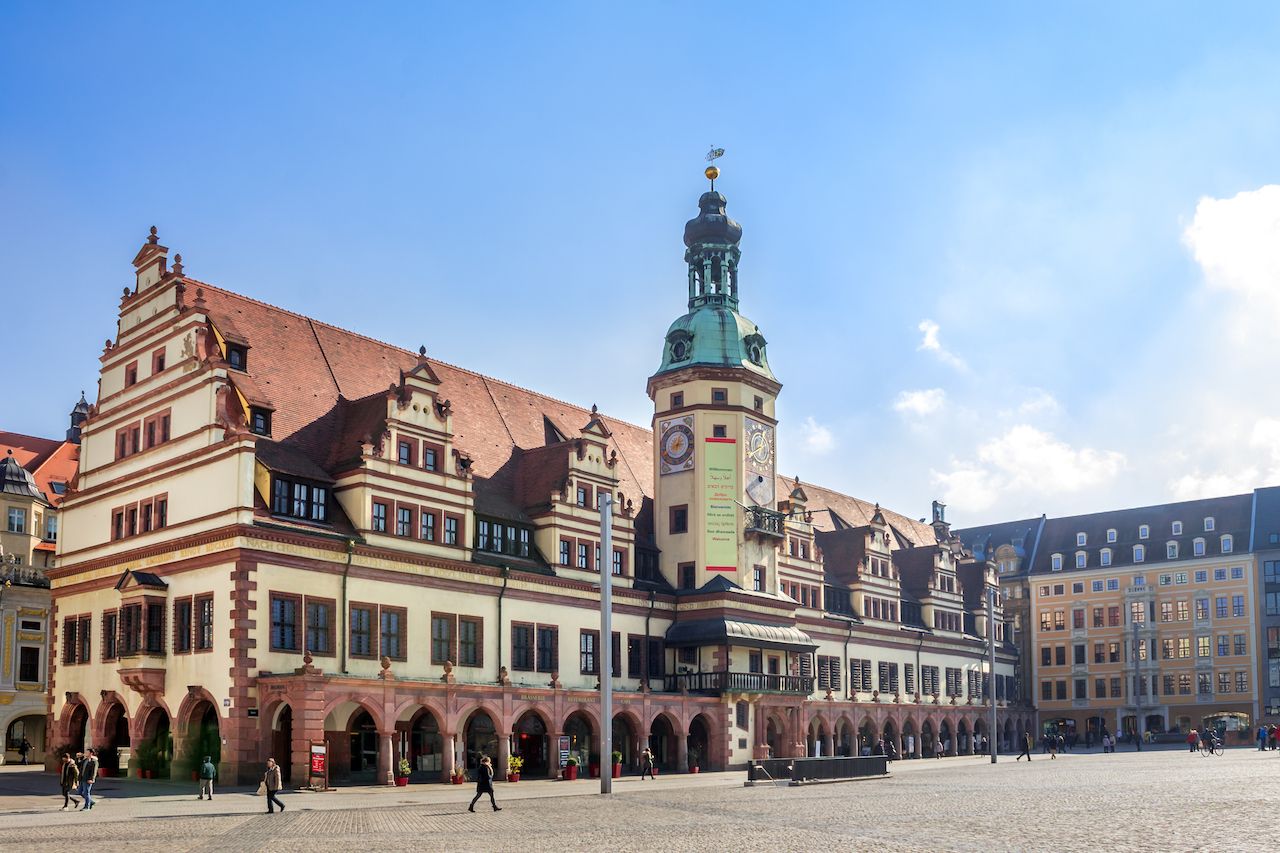 Leipzig — Along with Dresden, Leipzig makes for another great urban day trip from the Hauptstadt. Saxony’s largest (and coolest) city, it also combines medieval charm with plenty of contemporary cultural appeal, thanks to some great museums, galleries, and theatres. Wagner, Bach, Mendelssohn, and Schiller all have a connection to Leipzig, and the architecturally and acoustically impressive Gewandhaus is truly a fine spot to catch a classical concert. The city also has a surprisingly hip art and nightlife scene thanks to an influx of young creatives over the last decade or so. Look out for work by the New Leipzig School and visit the Baumwollspinnerei (aka Spinnerei), a fascinating collection of artist ateliers and edgy galleries set in a former factory complex. 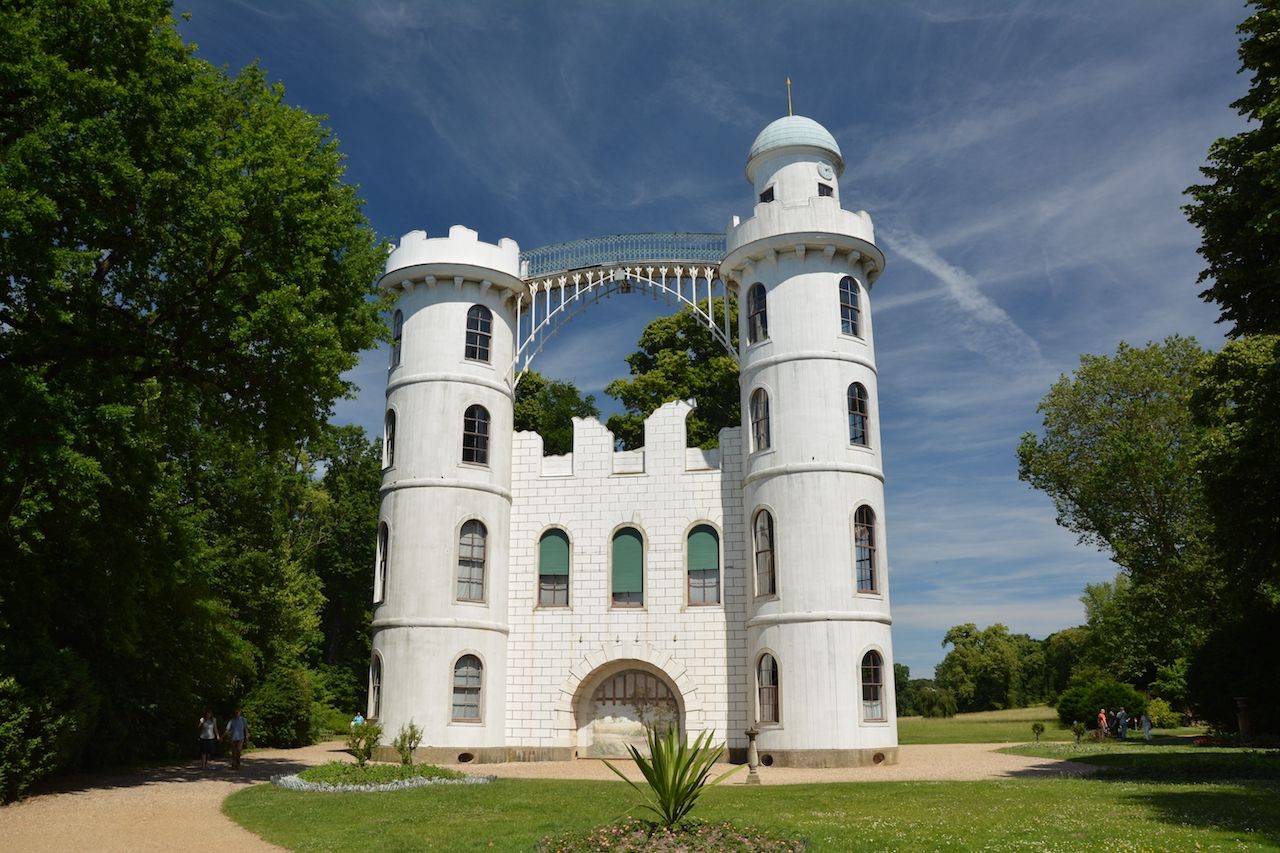 Pfaueninsel — This fascinating island, also known as “Peacock Island,” hidden away in the southwest of Berlin and reachable by a short ferry trip, was traditionally used as a playground for Prussian kings. Its current incarnation was designed by royal architects and planners like Peter Joseph Lenné and Karl Friedrich Schinkel, and its name comes from the peacocks, which were introduced at this time and which still roam free today. The distinctive fairy-tale castle, the island’s architectural highlight, was built by the Prussian king Frederick William II in 1793 for him and his mistress Wilhelmine Enke. Stroll the island’s walkways to find other interesting buildings, as well as some local wildlife and art installations.