In 2001, when the city of Berlin announced new administrative districts, everyone was thrown briefly into confusion as Prenzlauer Berg became part of Pankow, Friedrichshain and Kreuzberg were joined together, and Mitte suddenly subsumed Tiergarten and Wedding. Over time, though, the former districts have held their own identities and generally still go by their old names and boundaries: Mitte, commercial but also hip, is still the main center, with the biggest concentration of shops and restaurants; buzzy Kreuzberg and Friedrichshain are the places for edgy bars and nightlife; Prenzlauer Berg tends to draw families and is popular for strolling and cafe-hopping. Lesser-known neighborhoods like Neukölln are making a comeback in a big way. 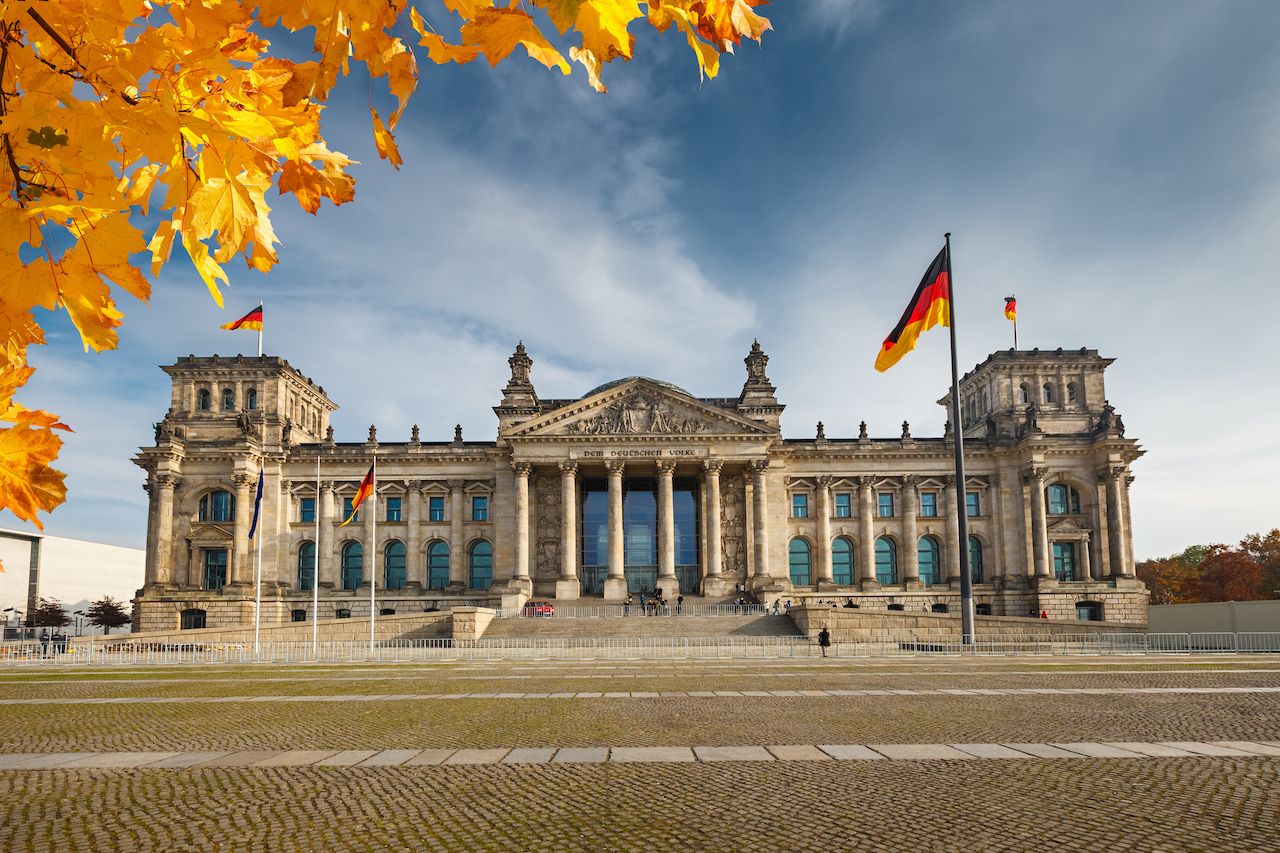 Mitte — Mitte, which translates to “middle” in English, is largely considered the beating heart of the city, hence its name. It’s definitely Berlin’s most commercial component, with a full range of retail options, from indie boutiques to major fast fashion stores, and abundant restaurants, bars and cafes, especially around Torstrasse and Rosenthaler Platz. There’s plenty of culture on offer here too, in the shape of alternative museums and art galleries, such as KW Gallery and the me Collectors Room, both on Auguststrasse, and a slew of key sights: the iconic Brandenburg Gate, its associated shopping boulevard Unter den Linden, the Museum Island and Potsdamer Platz, as well as the German Parliamentary building the Reichstag, the Nikolaiviertel (Nikolai Quarter), the city park Tiergarten, and former East Berlin hub Alexanderplatz, are all here. 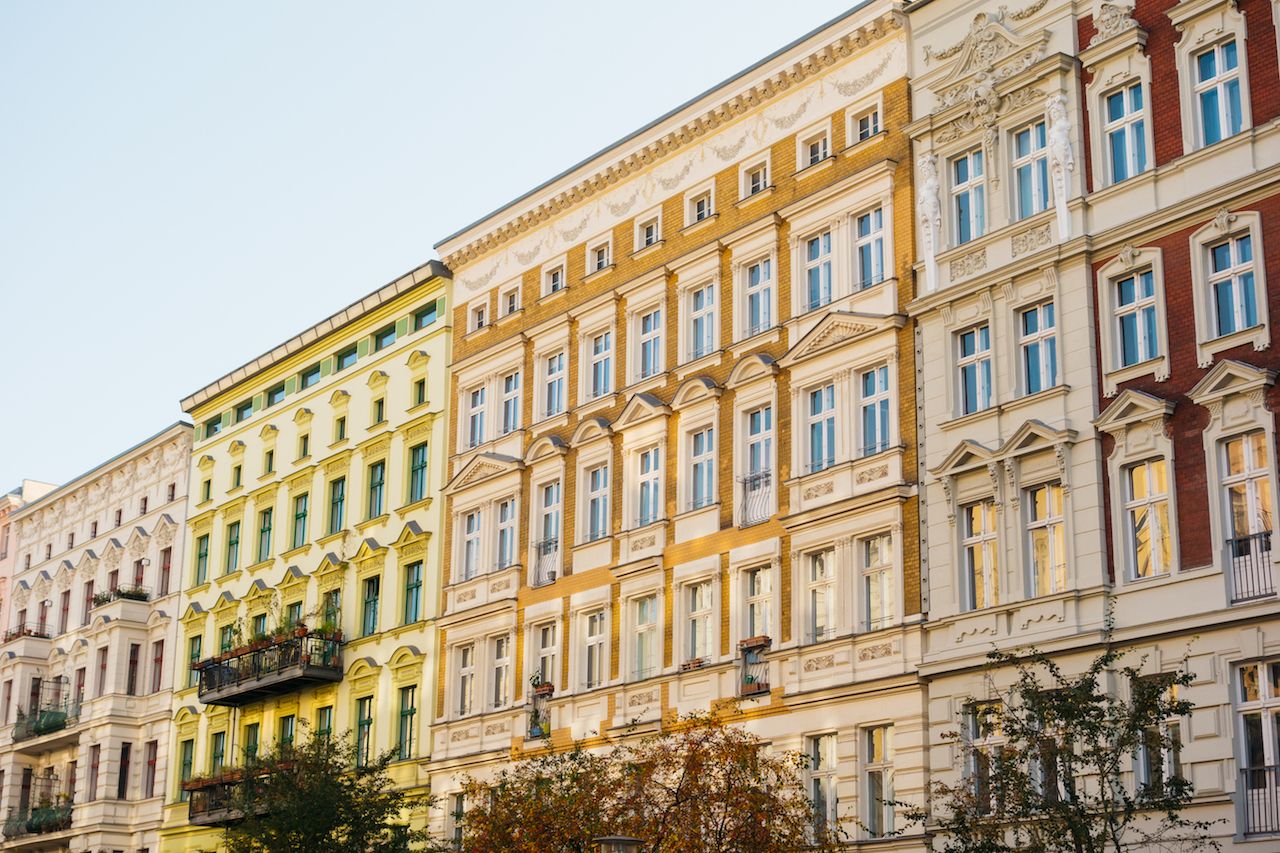 Prenzlauer Berg — This former East Berlin district was once the focus of a vibrant counter-culture against the GDR (German Democratic Republic). It was also one of the first districts to gentrify after the Wall fell, so almost all traces of the communist past are gone, replaced by elegantly refurbished Altbaus (19th-century tenement buildings), cafes, organic ice cream shops, concept restaurants, and endless home-design boutiques. It’s also famously child-friendly, with lots of leafy playgrounds and kids’ stores, especially around the lively squares of Kollwitzplatz and Helmholtzplatz. On Sundays, head to the Mauerpark flea market for vintage goodies and, in summer, free public karaoke in the nearby amphitheatre, known as the Bear Pit. 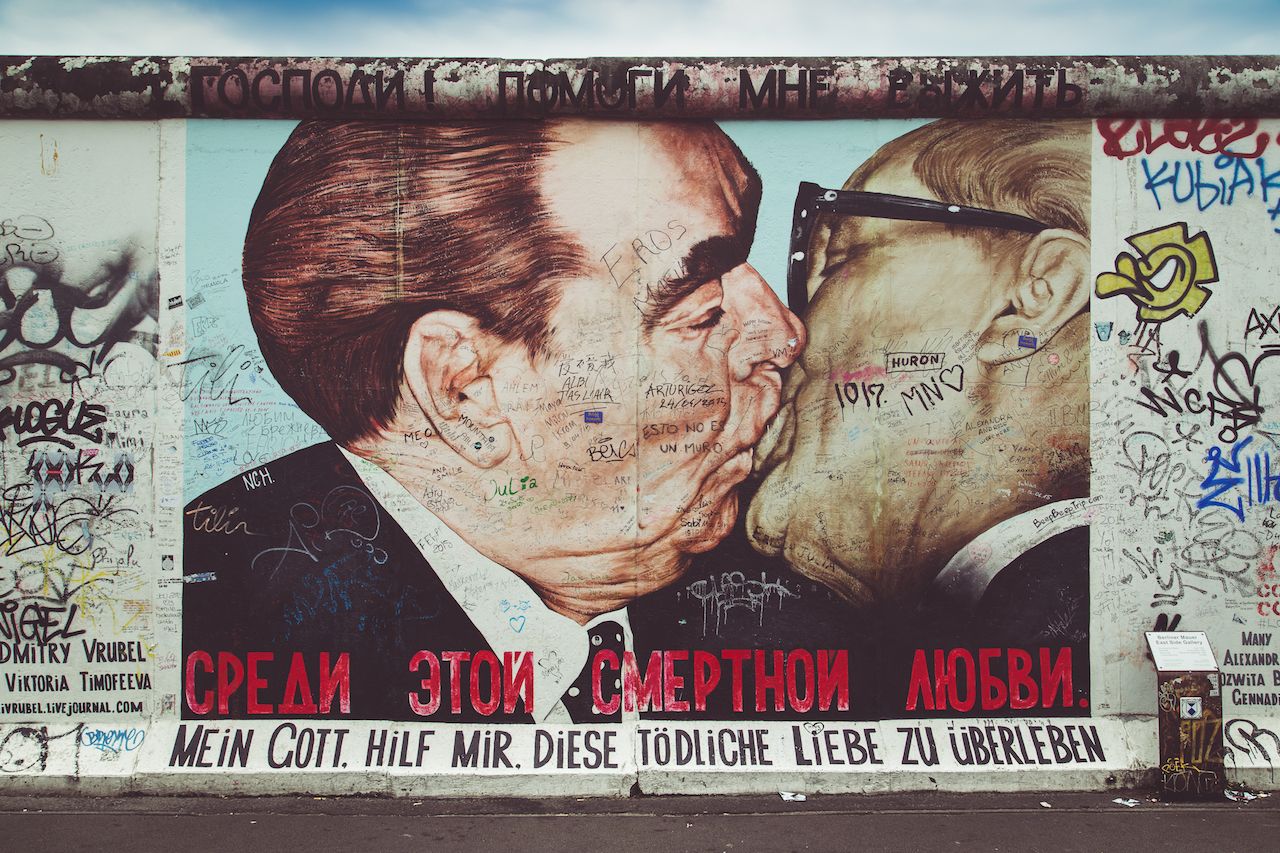 Friedrichshain — Compared with its pre- and post-Wall legacy of punks, anarchists, and squatters, today’s Friedrichshain is contrastively mellow and gentrified, brimming with bars, restaurants, and cafes. It does still carry an alternative edge here and there, especially around the dilapidated street-art hub Raw Gelände, notorious club spot Berghain, and Revaler Strasse, which is still home to squats and some grungy hangouts. But these days, it’s also home to young families and professionals, as well as artists and bohemians, who tend to gather around its primary square, Boxhagener Platz, on the weekends; Saturdays is a farmers’ food market, while Sundays, it hosts a flea market. Friedrichshain is also home to the historic Soviet-era boulevard Karl-Marx-Allee, the world-famous stretch of the Berlin Wall known as the East Side Gallery, and sprawling green space and summer hangout Volkspark Friedrichshain. 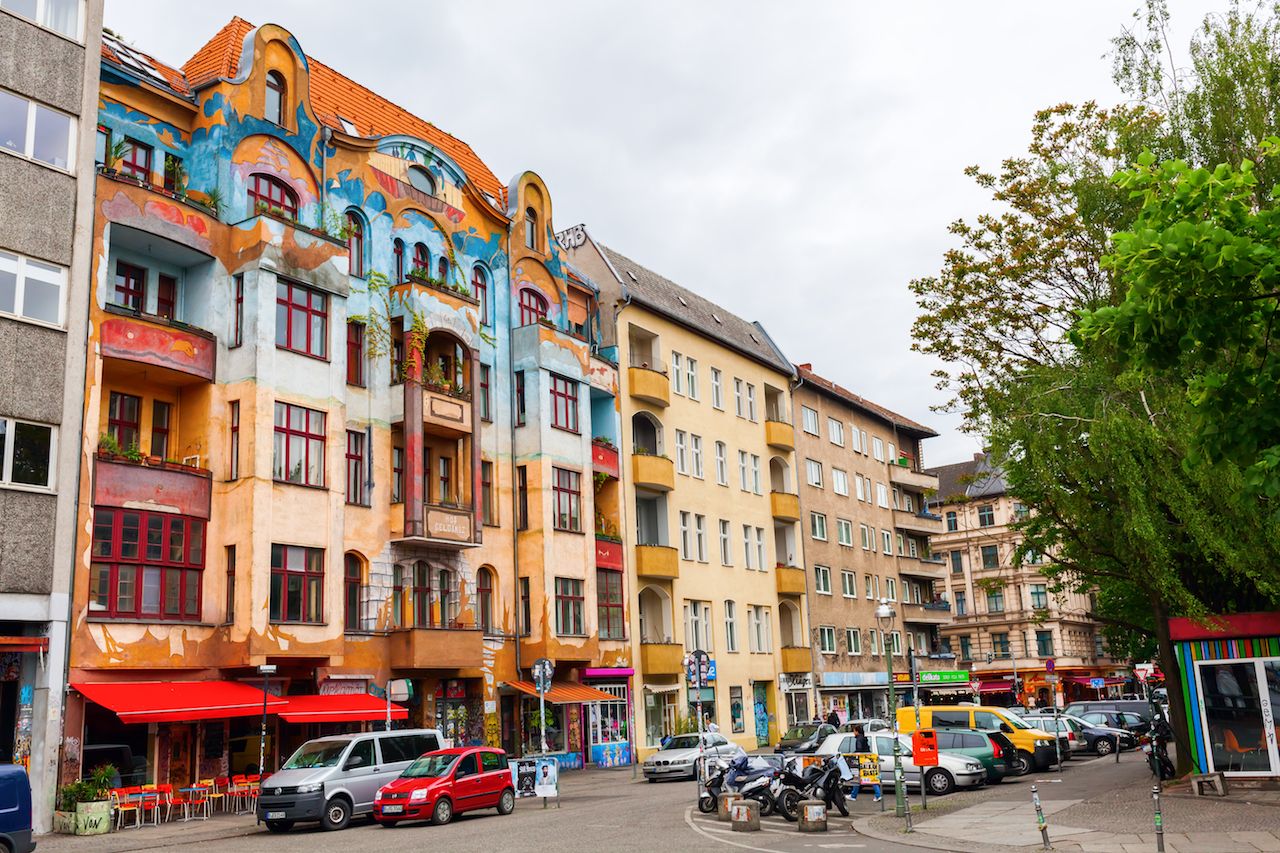 Kreuzberg — One of Berlin’s most vibrant districts, Kreuzberg is famed for its alternative after-dark scene — endless underground and dive bars, legendary live music haunts like SO36, techno clubs like Watergate — and rich immigrant population, especially the fondly nicknamed ‘Little Istanbul’ area around Kottbusser Tor where the city’s ubiquitous döner kebab was invented. Its shabby-chic Eastern neighbourhoods, plastered in street art and gig posters, are home to Turks, punks, expats, and start-ups while the Western area, around Bergmannstraße, is more mellow and well-heeled, its leafy streets lined with Altbaus (19th-century buildings) and the pretty Viktoria Park providing a pleasant center point. 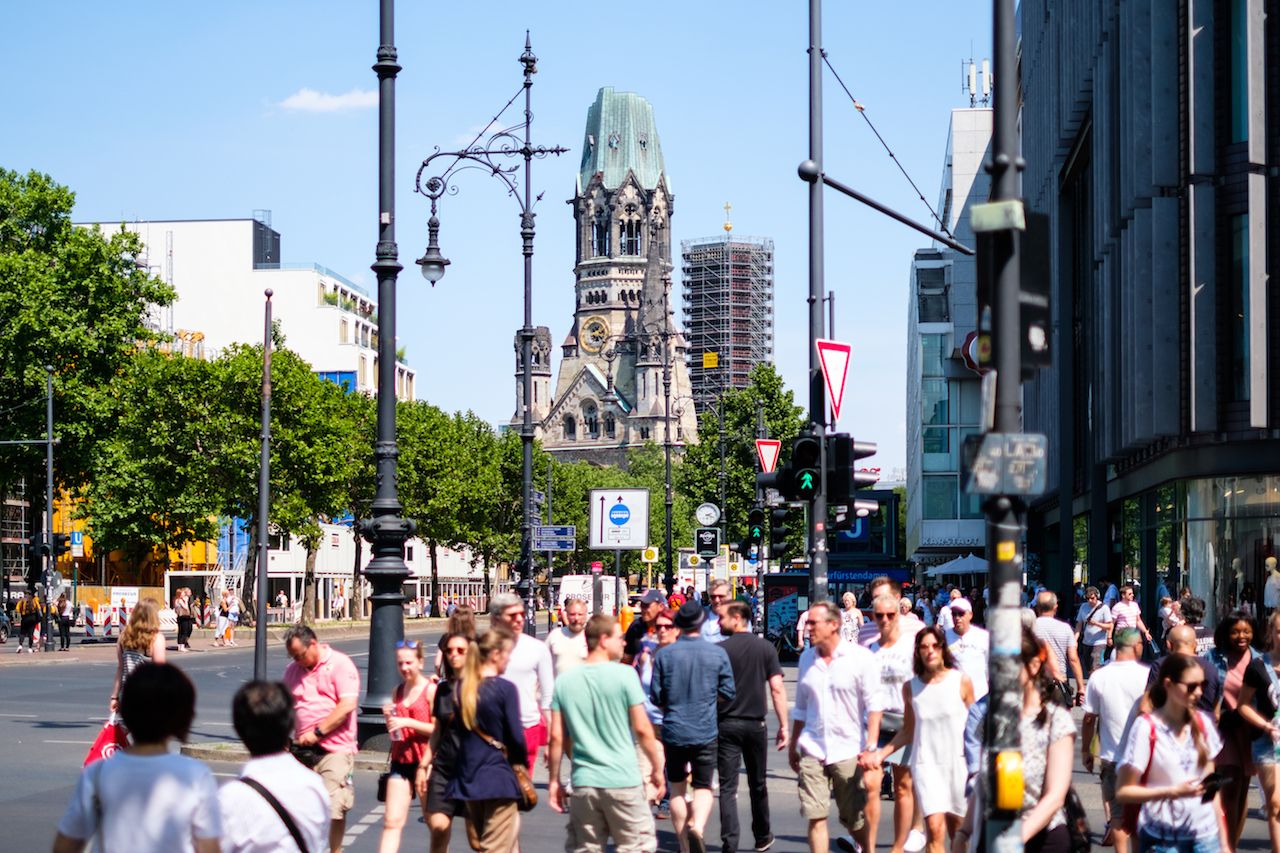 Charlottenburg — Charlottenburg is often considered a different planet, let alone district. In fact, it was officially its own city until the 1920s, is still referred to as City West by many, and has maintained the most obviously different aesthetic to former East Berlin than anywhere else. Its bustling commercial infrastructure, especially along the grand Ku’damm boulevard, is awash with upscale restaurants, luxurious hotels, and fashion stores like Versace and Gucci, making it sometimes feel more like Paris or London than Berlin. Although many of its side streets are lined with wealthy villas and expensive antique and furniture shops, and the nightlife is definitely limited, it does have some excellent restaurants (including many trendy Asian ones along scruffier Kantstrasse), some top-notch culture like the C/O Berlin photo gallery and the Deutsche Oper (the opera), plus big-hitter sights like Wilhelm Memorial Church and Charlottenburg Palace. 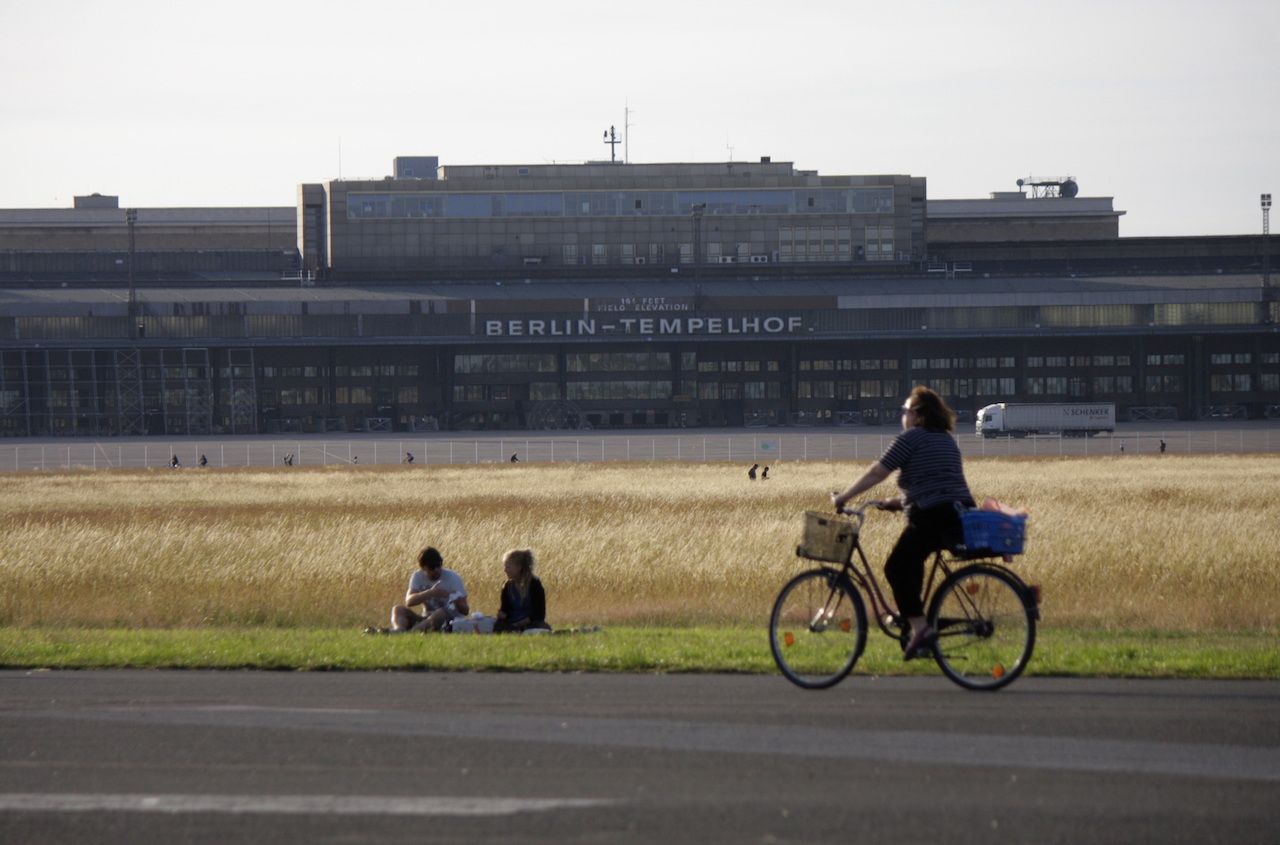 Neukölln — A few years ago, Neukölln was a predominantly Middle Eastern immigrant area whose streets were lined with kebab shops, discount stores, and casinos. That community and those shops are still there, but as Berlin has grown more international and the area’s cheap rents have attracted expats and artists, they’re now mixed up with underground bars, food shacks, and pop-up restaurants and galleries. The transformation of the former airport into the vast Tempelhofer Feld public park in 2010 has put the district even more firmly on the city map, as has charming Rixdorf, a tiny, traditional bohemian village hidden away amidst the surrounding urban sprawl. 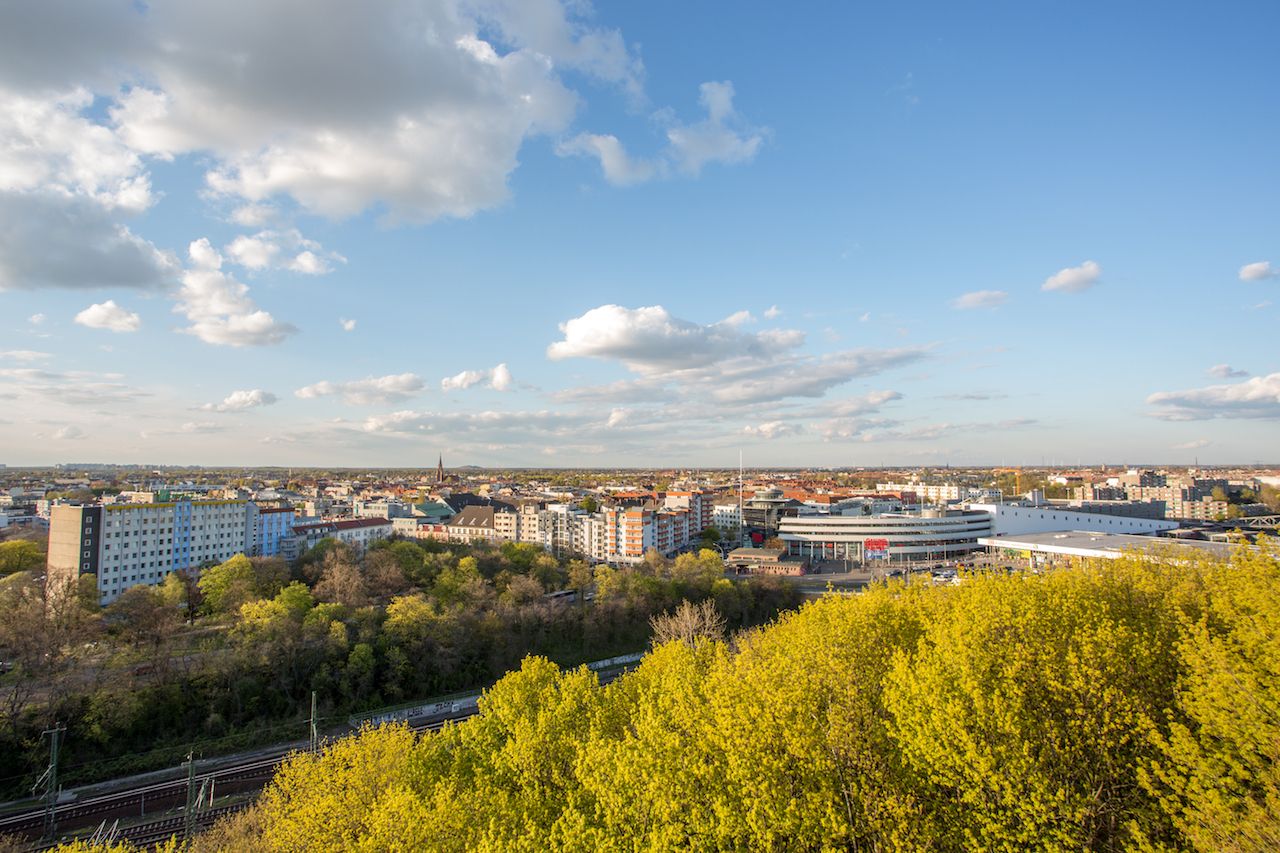 Photo: IT and FOTO Ingo Janek/Shutterstock

Wedding — The district of Wedding, forever “up and coming” to the point where it’s now a bit of a joke (Der Wedding kommt), is located over the legendary Bösebrücke (where the Wall ran) from Prenzlauer Berg. The contrast is pronounced: Where the latter district is largely white, middle-aged, and middle class, Wedding was in West Berlin and, like Kreuzberg and Neukölln, became a settling location for Turkish families in the 1960s. It hasn’t gentrified much in the intervening years, and its influx of expats has been somewhat less intense than Neukölln, but it nonetheless offers some great bars and cafes. Check out the Flak Tower at Humboldthain Park and the former Nuclear Bunker at Gesundbrunnen if you’re interested in history.