Despite its reputation as a very urban — not to mention grey — city, Berlin is surprisingly green. As well as a decent number of sizeable parks, many of them formed uniquely by the city’s turbulent history (especially its division), there are numerous public gardens and the splendidly vast Grunewald forest to the southwest. The city is also ringed with woods and lakes, which spread out into the surrounding state of Brandenburg. Come summertime, these spaces help transform the city into a giant outdoor playground. 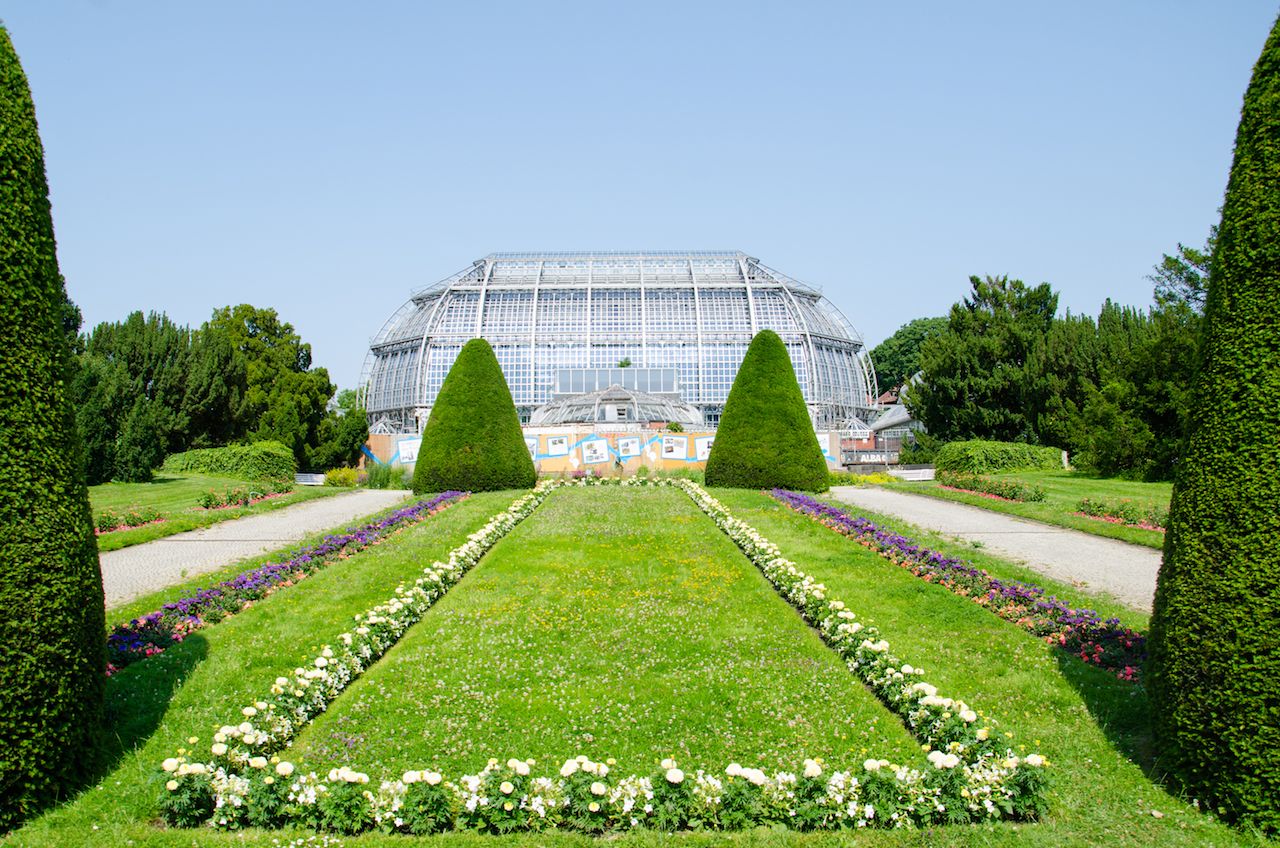 Botanical Gardens — Berlin’s botanical gardens can be found in the green southwest of the city, in the charming, village-like district of Dahlem. One of the largest such gardens in the world, they contain some 22,000 different specimens hailing from all around the world and distributed through a sprawling landscape of outdoor gardens, some themed, and connected by pathways. In addition, there are 16 architecturally striking greenhouses originally built in 1907, which house the gardens’ more exotic and tropical plants — a fabulous option for colder weather. There’s also a full calendar of events, including a pumpkin-themed Halloween festival and highly popular Christmas concerts. 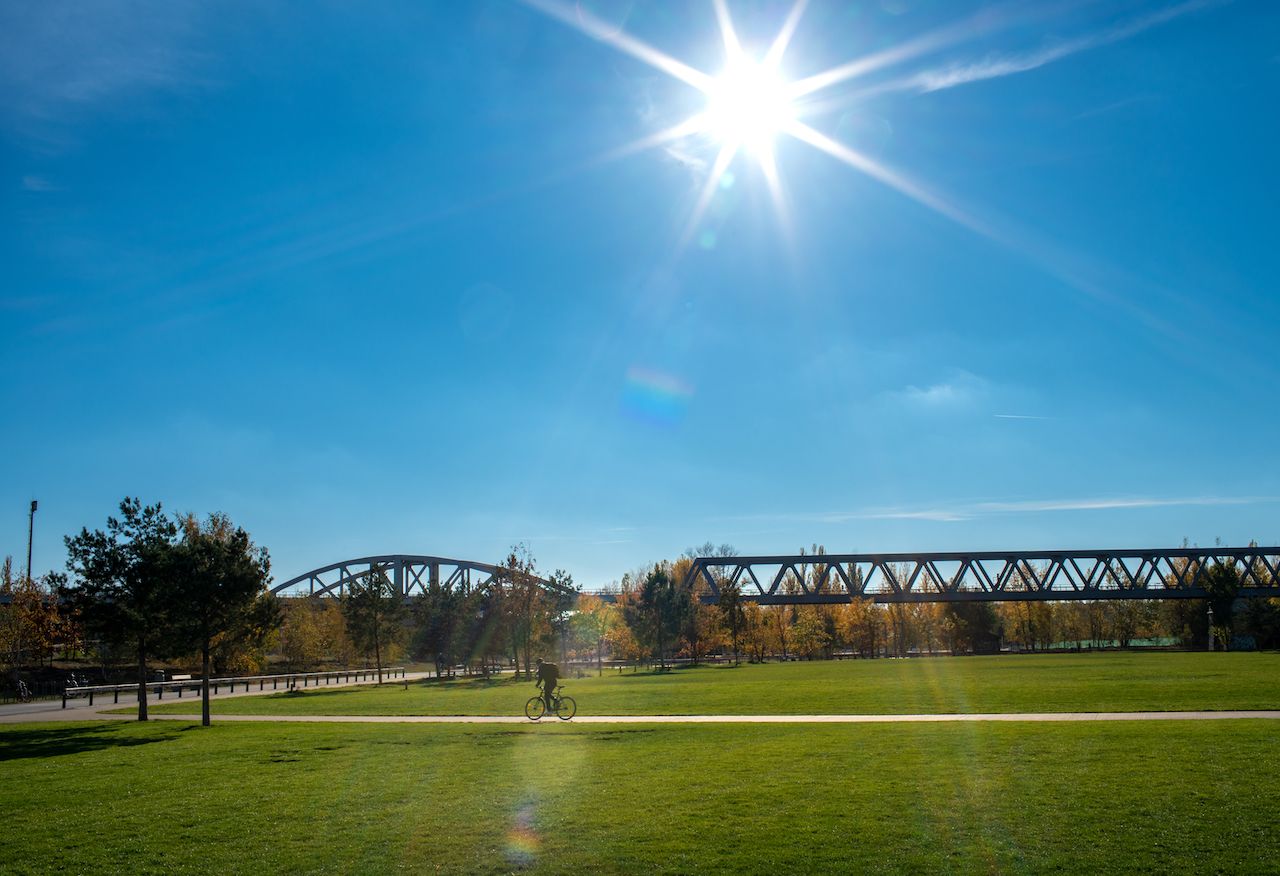 Gleisdreieck Park — Another of Berlin’s idiosyncratic green spaces, the “track triangle” gets its name from its location on the former site of the Potsdamer freight station, where three different train lines meet. A wasteland for a couple of decades after the Wall fell, the area was transformed into this public park between 2011 and 2013, making it one of the city’s newest. Its pristine, meticulously landscaped feel is indeed a whole different aesthetic for scruffy Berlin and has won it various prizes for urban planning and architecture. Aside from the many smooth pathways for jogging, cycling, and rollerblading, there are some preserved wild areas, a rose scent garden, skate areas, plenty of opportunities to play table-tennis, and lots of playgrounds, The presence of a couple of cafes and a hip local brewery, beer garden, and restaurant (BRLO) make it a huge hit in summer. 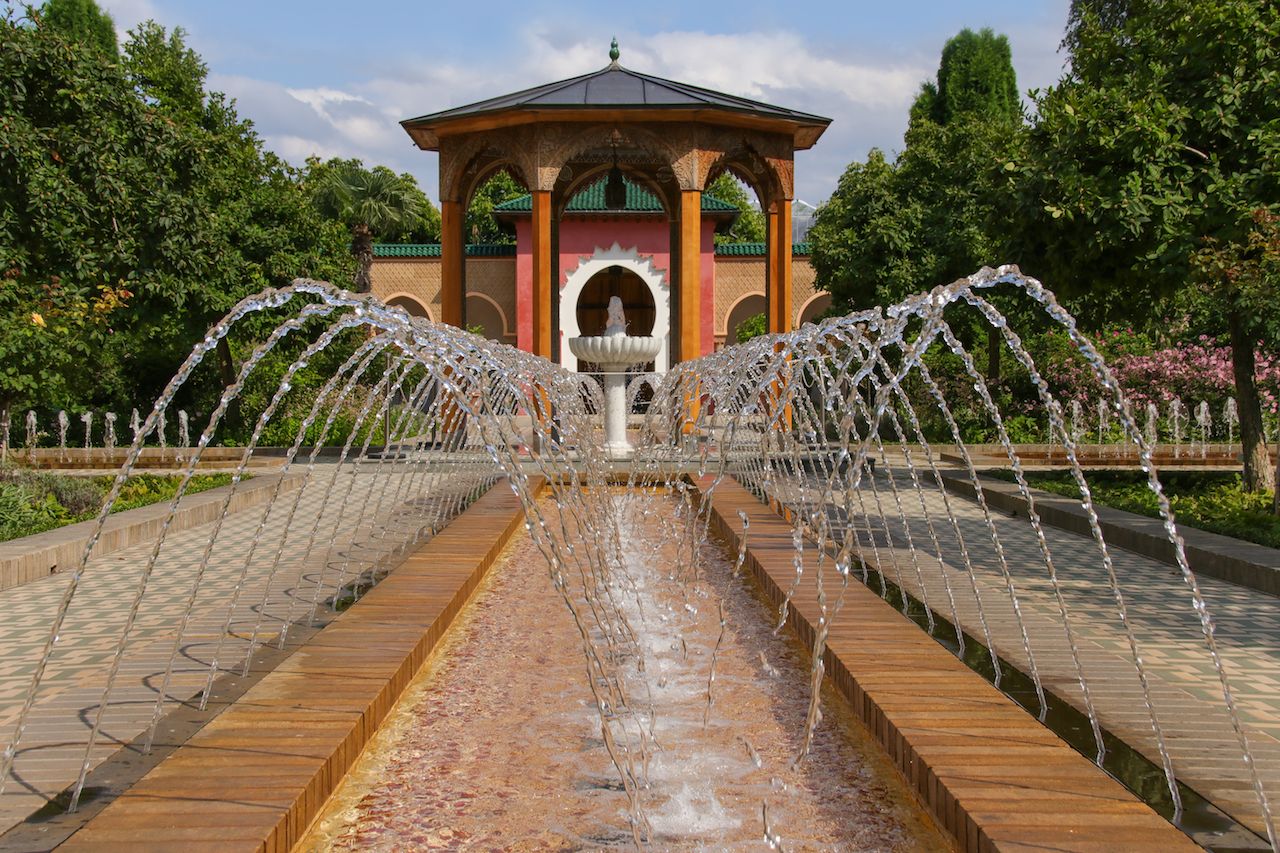 Gärten der Welt — The fairly bleak former Eastern suburb of Marzahn doesn’t draw many visitors from the center, but when it does, it’s usually in summer and because of these gardens. Opened in 1987 as part of the city’s 750th birthday celebrations, they were opened in direct competition with West Berlin’s botanical gardens. Today, however, they’re nicely complementary, featuring gardens themed by country or continent: Japan, China, Italy, and Bali, for example. There are also plenty of other things to enjoy in the park, from playgrounds to public sculptures, and the photogenic Chinese tea pavilion is well worth checking out, as is the Japanese garden during the annual cherry blossom festival. 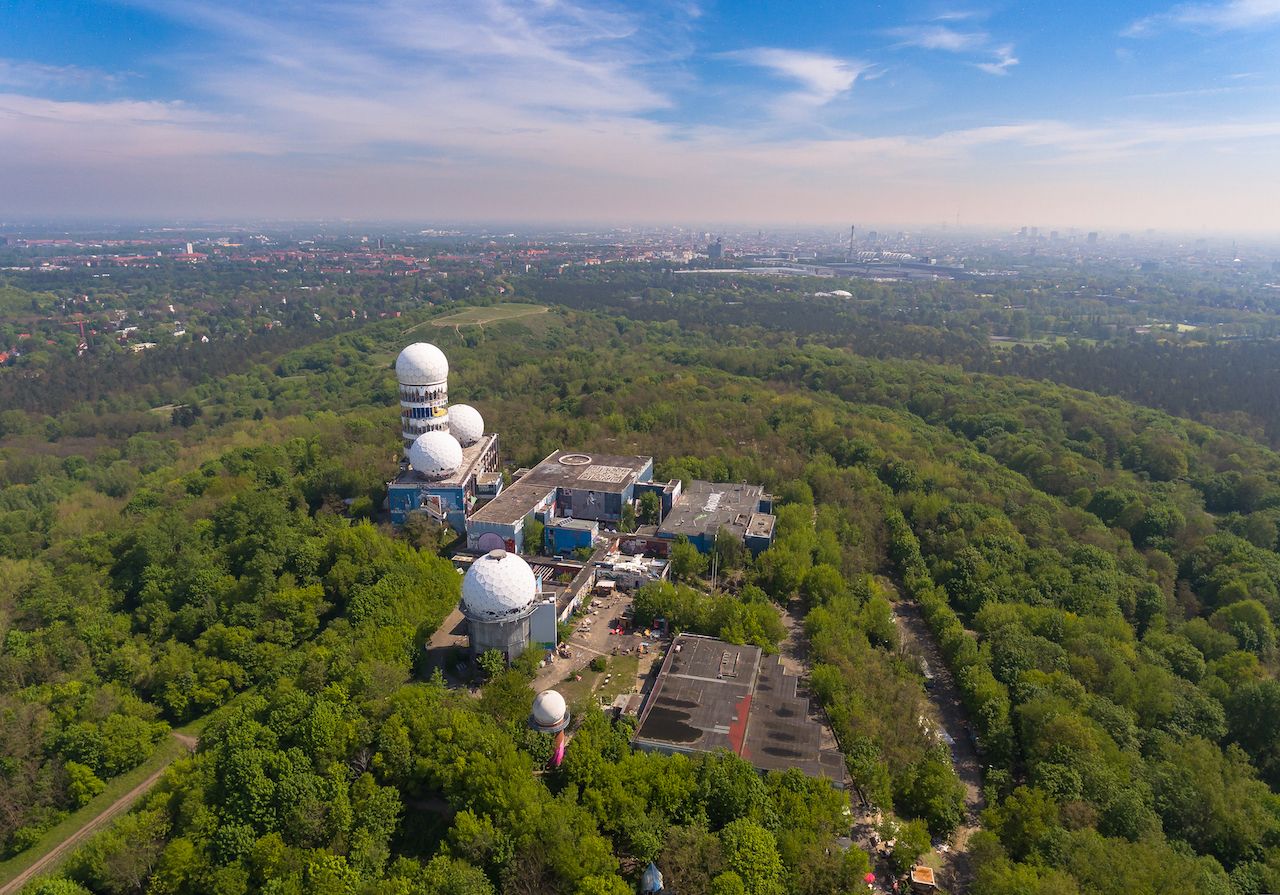 Grunewald — The Big Daddy of Berlin’s natural spaces, the Grunewald has something for everyone. Located in the southwest, close to the Wannsee Lake, it’s easily accessible from the center by public transport and offers plenty to explore in addition to the usual forest and pathways. As well as the cultish Teufelsberg, a former Cold War spy station that now offers official tours and serves as a kind of outdoor street art gallery, there’s the Ökowerk ecological project (small fees apply), the Grunewald tower with its neighboring beer garden, and animal enclosures with deer and other wildlife. 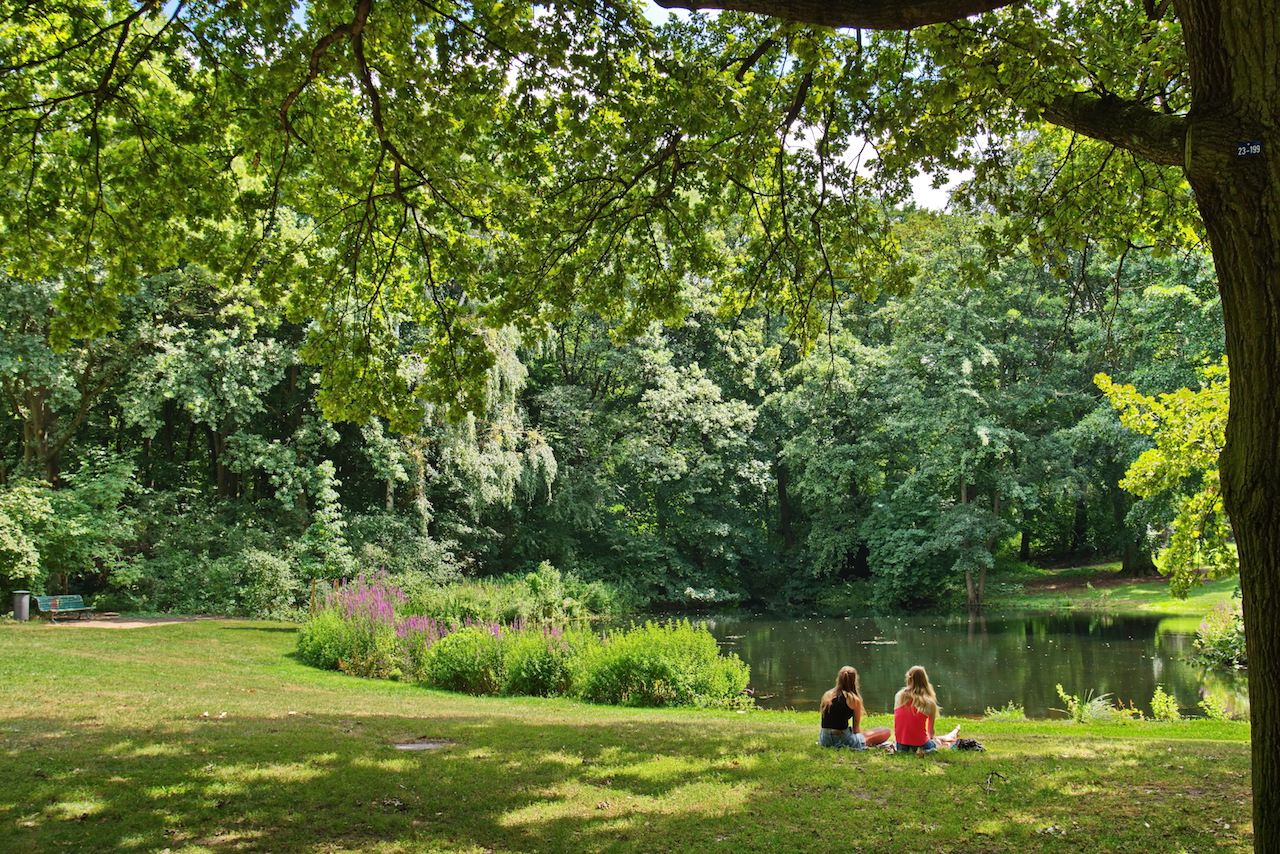 Tiergarten — The most famous park in Berlin is also its most central. Slap bang in the middle of the city, it connects major sights like Potsdamer Platz, the Philharmonie, the Brandenburger Tor, and the Berlin Zoo. It was formed by Elector Friedrich Wilhelm in the 17th century as a hunting ground. Today, it offers a vast network of cycling and running paths, pleasant meadows for sunbathing, picturesque lakes and flower gardens, and a couple of great beer gardens. Look out for interesting sculptures like the Global Stone peace project, historic memorials for murdered political activists like Rosa Luxemburg, and the park’s progressive cultural institution, the Haus der Kulturen der Welt (House of World Cultures). 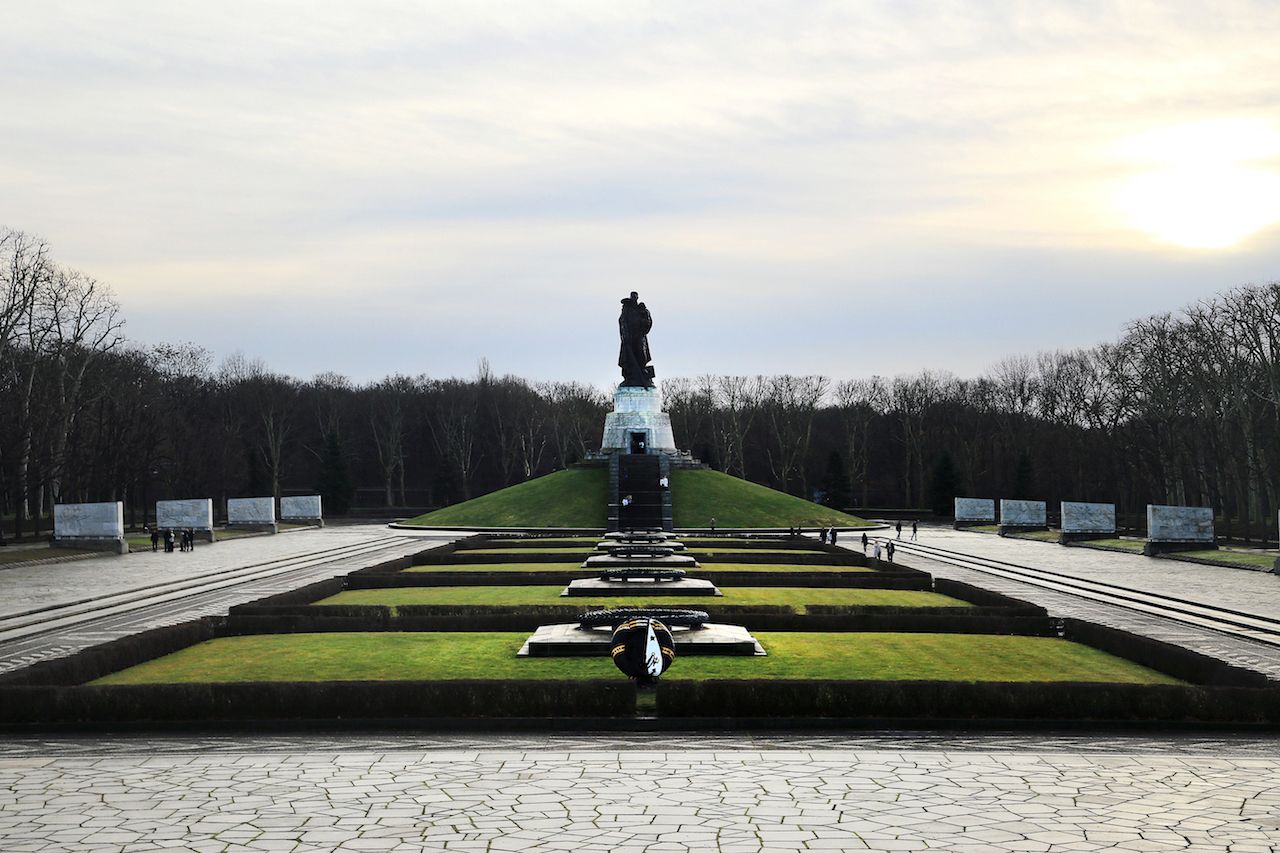 Treptower Park — Treptower Park has a special place in the hearts of locals and hipster alike. Set alongside the river Spree in the district of Alt Treptow, it’s basically an extension of Kreuzberg and is characterized by its pleasant riverside; the city’s most striking Soviet memorial, whose underground crypt holds some 5,000 Soviet soldiers; the adjacent Plänterwald, where an abandoned Spreepark is awaiting rejuvenation by the city; and the Insel der Jugend, an idyllic little island where you can rent pedalos and kayaks or just enjoy a beer and a picnic and watch the river traffic float by. 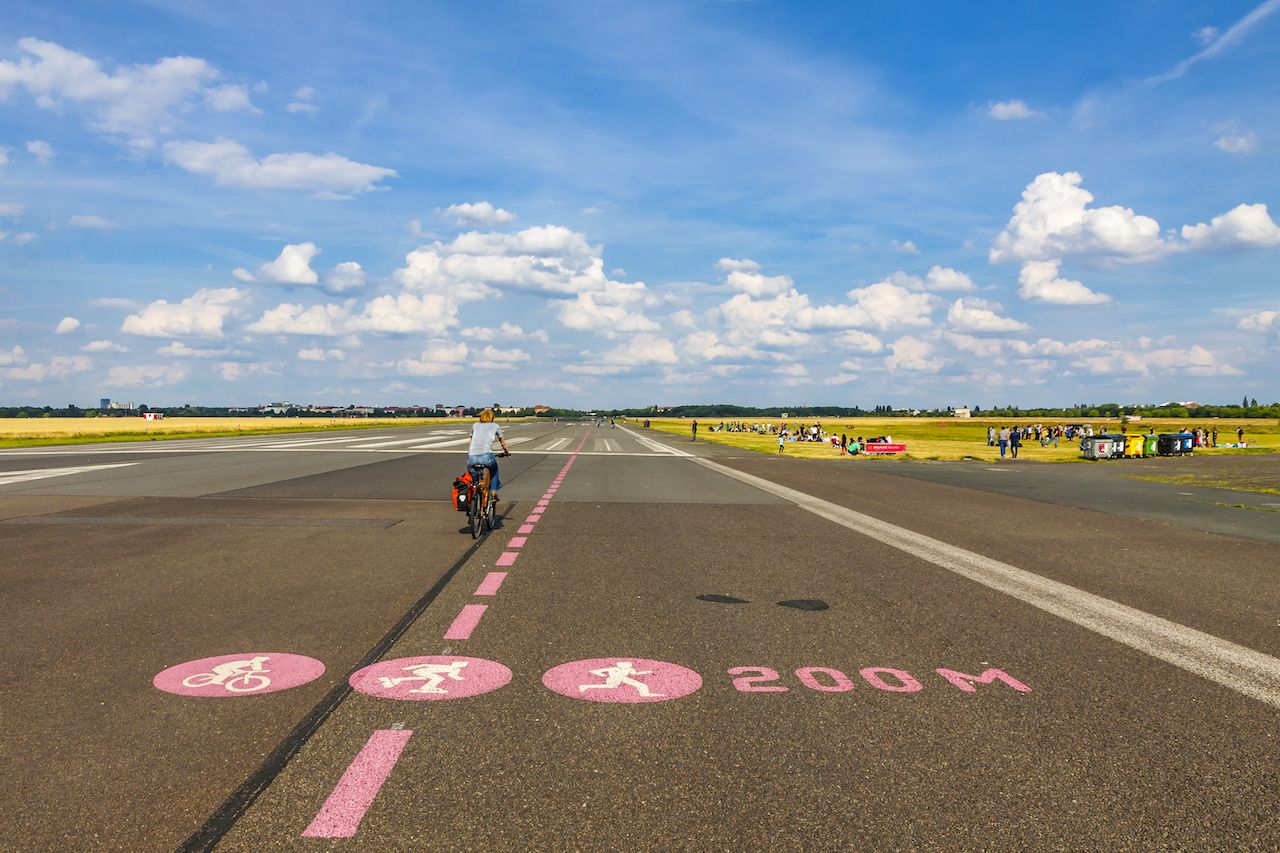 Tempelhofer Feld — This airport turned public space is the largest park in continental Europe. Formed after the main airport closed in 2008, the park has a fascinating history: It was built by the Nazis, was the site of the Berlin Airlift in 1948–49, and, more recently, has partly become a temporary home for refugees. The rest of the vast, impressively flat space is used by cyclists, skateboarders, rollerbladers, joggers, and those looking to roam the former runway and connecting trails, enjoy the BBQ area, admire the local urban gardens, or just find a spot for some prolonged sunbathing.