Berlin’s event calendar brims with a diverse range of major commercial and cultural events that offer something for everyone. The Berlinale and Long Night of Museums are some of the best-known mainstays, alongside the Carnival of Cultures, LGBTQ+ events like Christopher Street Day, and major art happenings such as Berlin Art Week. In short: No matter what time of year you visit Berlin, there are events and festivals aplenty to get stuck into. 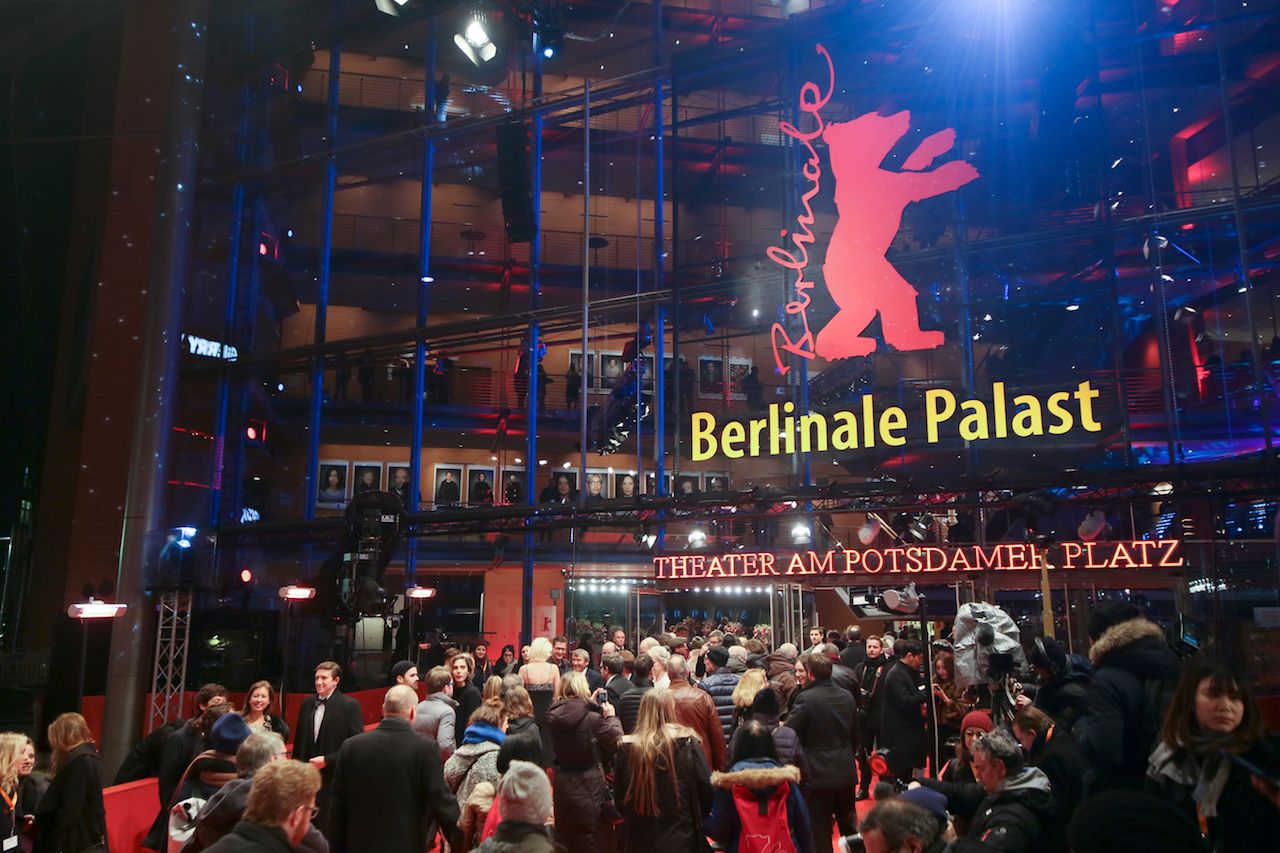 Berlinale — One of the largest public film festivals in the world, The Berlinale attracts tens of thousands of visitors from around the globe each year. Created in 1951, it brings big international stars to the city but also spotlights new talent through its annual showing of 400 films of all genres, lengths, and formats. The festival also showcases special sections short films, documentaries, artistic experiments, retrospectives, and even culinary, hyperlocal, and indigenous cinema. 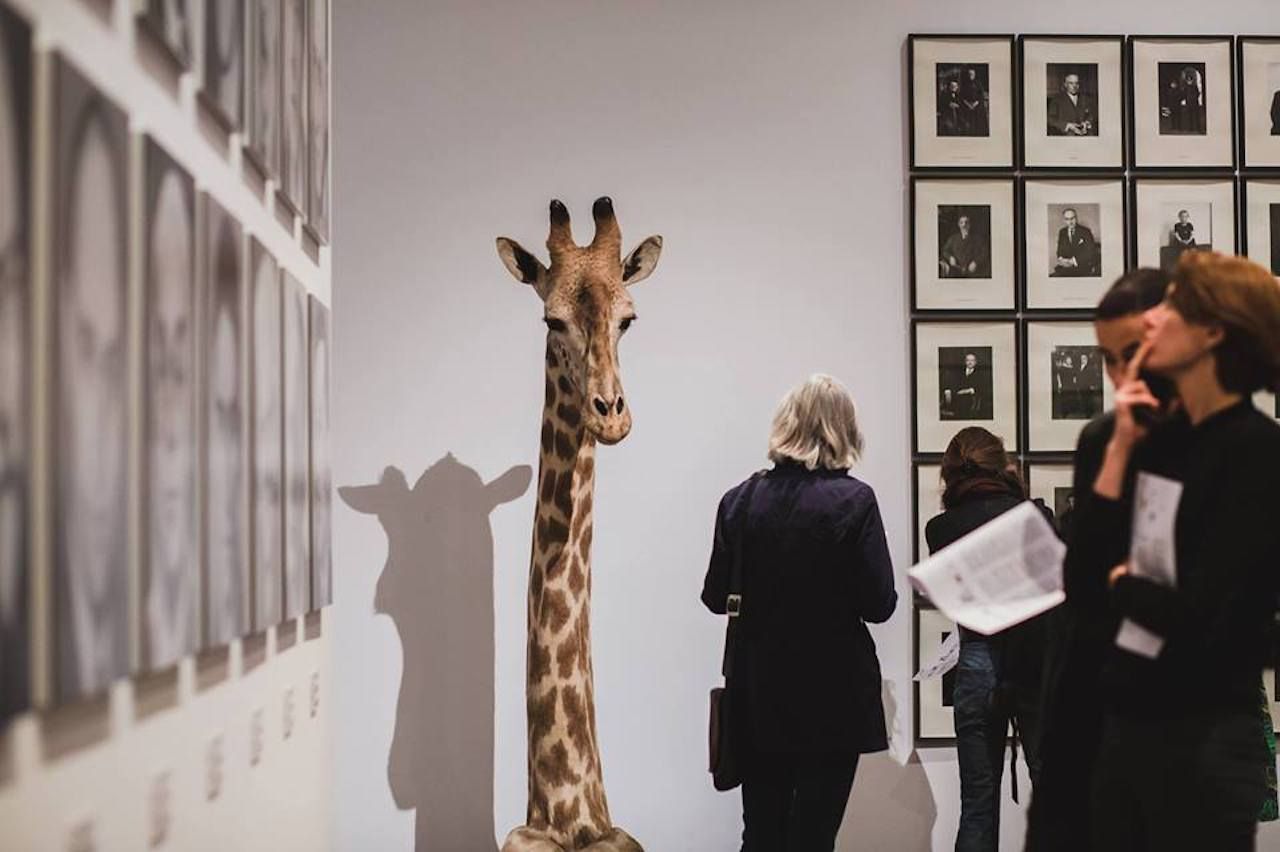 Berlin Art Week — This six-day event, which takes place each September, is a major boon for art lovers of all stripes. Incorporating around 50 museums and galleries, including private collections and project spaces, it showcases contemporary, often cutting-edge art from across the globe. The event goes beyond the usual exhibition format and into film screenings, lectures, special events, and awards. 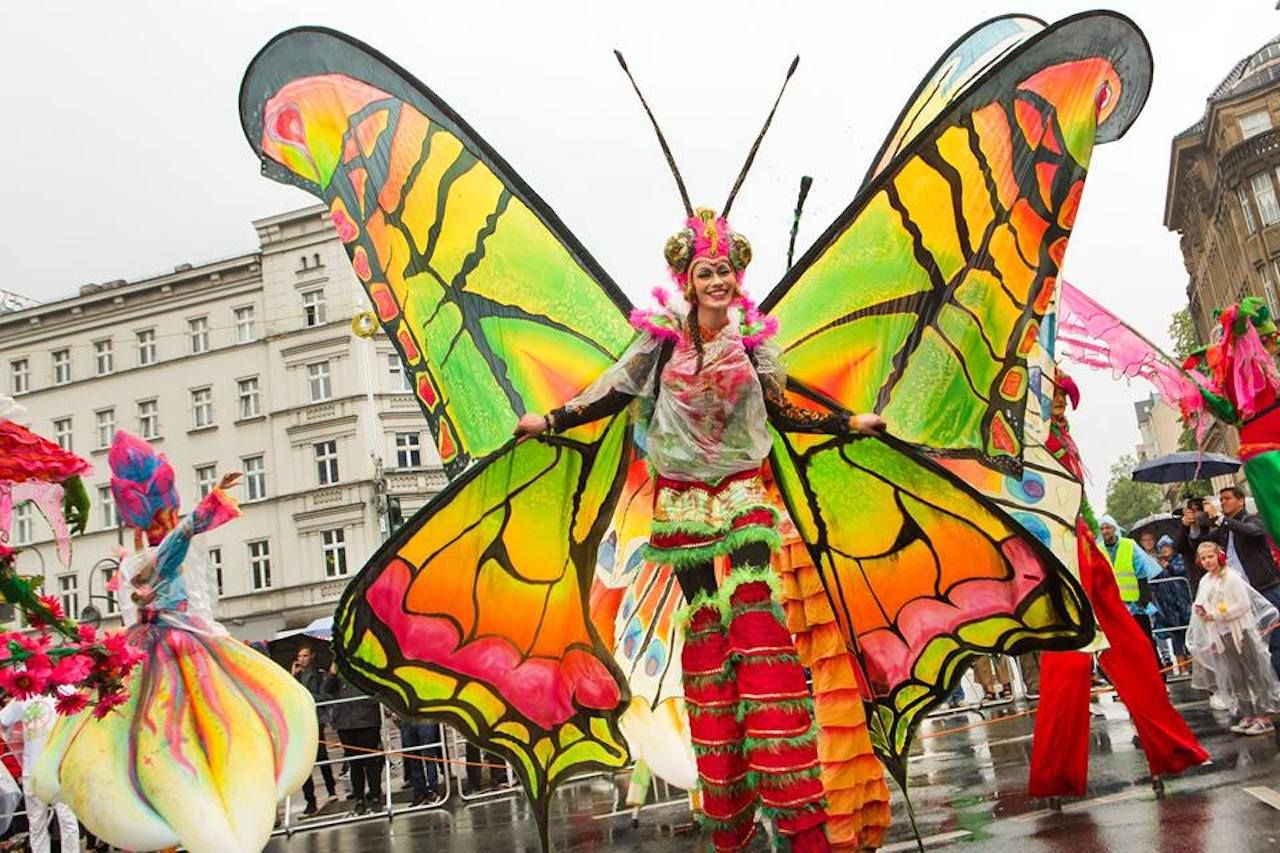 Carnival of Cultures — This celebration of the city’s ethnic diversity is unsurprisingly popular in a city where one in every seven residents is a foreigner. It takes place every year in June and involves live music on various stages around Kreuzberg’s Blücherplatz and a colorful street parade featuring music and costumes from over 70 different cultures. It’s a great day out for everyone, including families since there is also a children’s stage at Mariannenplatz. The last day usually continues into the next day via the city’s bars and nightclubs. 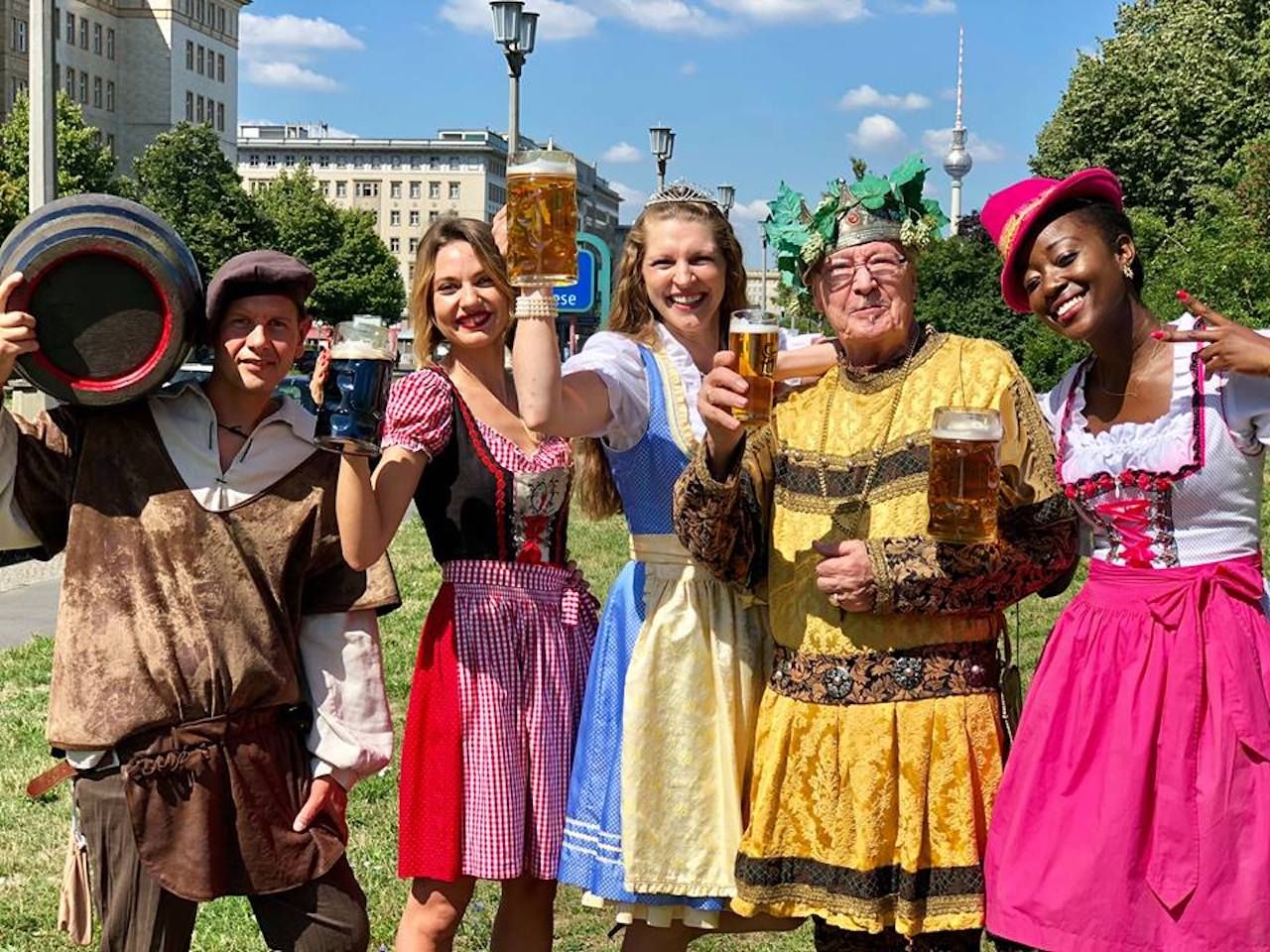 Berlin International Beer Festival — With its lack of lederhosen and gigantic beer tents, Berlin’s beer festival is not quite Munich’s Oktoberfest, but it does have its own charms. For one, it takes place on the city’s historic Soviet boulevard Karl Marx Allee, which is unique in itself, and with over 2,000 types of beer (German and international), it draws a heady mix of locals, hipsters, and international beer fans from around the world. It also takes place in August, making it an amenable addition to the summer’s abundant open-air and late-night offerings. 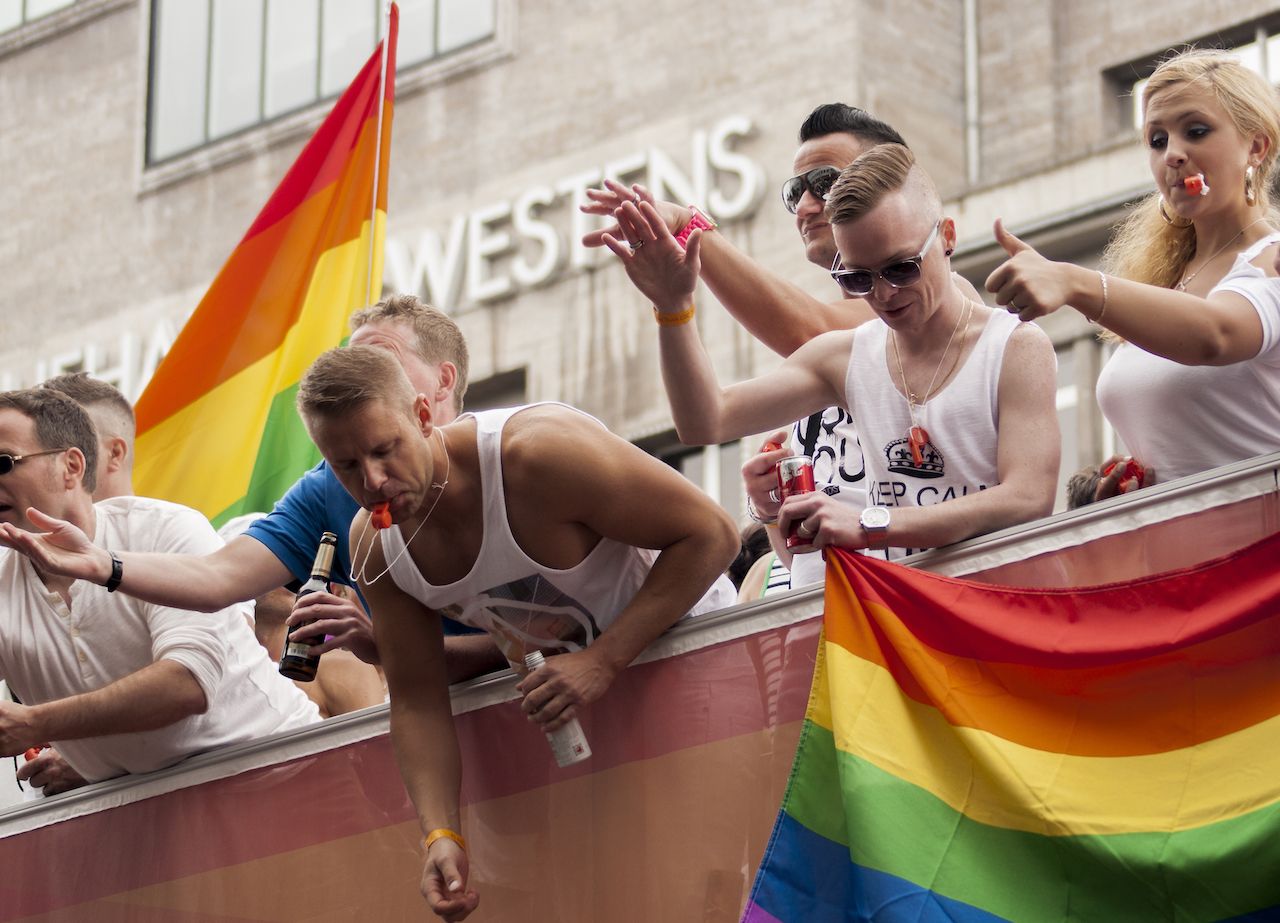 Christopher Street Day — Commemorating the 1969 Stonewall riots, which took place on New York’s Christopher St. and sparked the modern gay rights movement, this annual street parade kicked off in Bremen and Berlin simultaneously back in 1979. Nowadays it features upwards of 70 flamboyant, music-pumping floats and up to half a million people, many sporting fabulous attire (or very little) who dance and mooch from the Kurfürstendamm to Tiergarten. The celebration officially ends with a lap around the city’s most phallic symbol, the Victory Column, but of course, it continues throughout the city’s clubs and bars. There are also parties leading up to the event around the LGBTQ+ hub of Nollendorfplatz in Schöneberg. 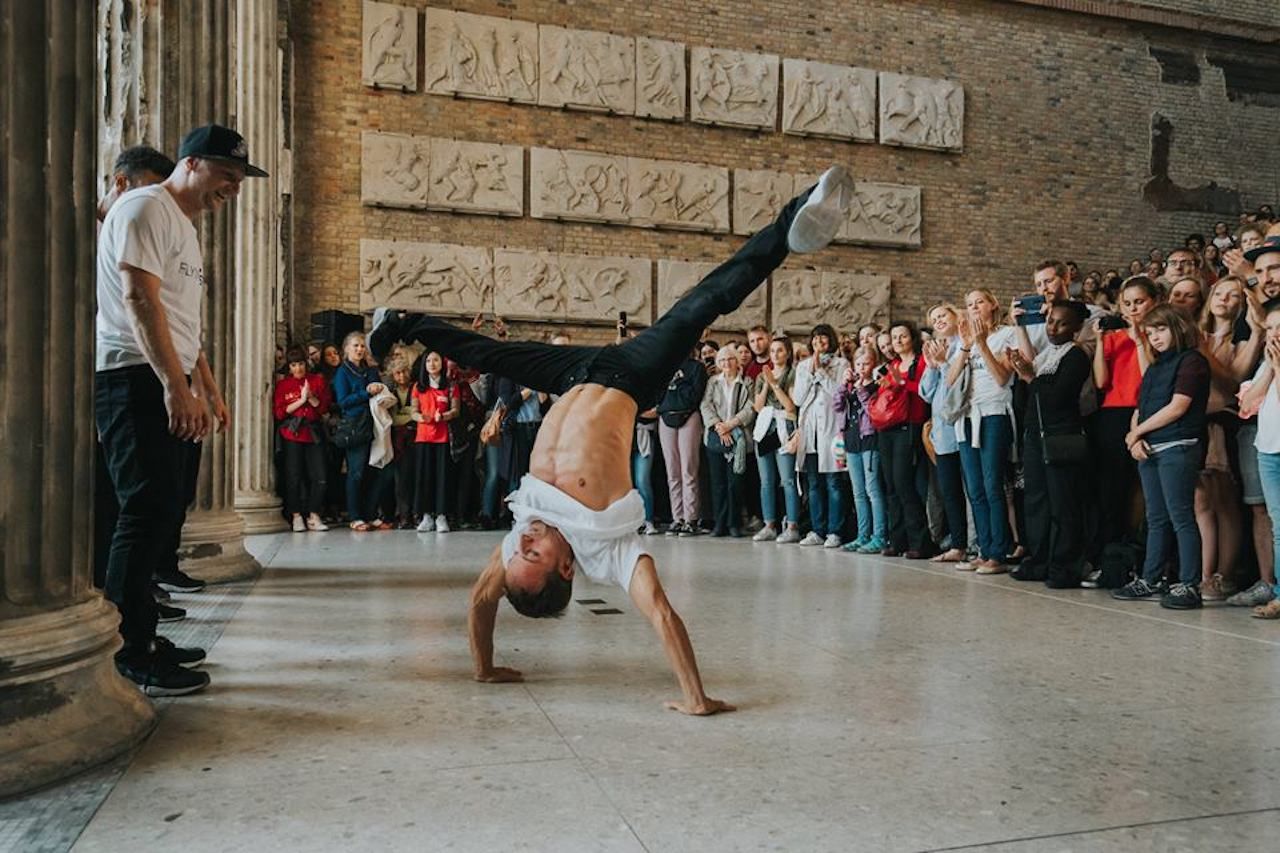 Long Night of Museums — Taking place every August and running since the mid-90s, this cultural highlight involves around 80 of the city’s museums and galleries. They not only open their doors for free but also keep them open until the next morning and run special exhibitions, guided tours, films, presentations, lectures, and more. A shuttle bus — free for ticket holders — runs between all the venues on the night.

Festival of Lights — Founded in 2004 by a local events agency, the Festival of Lights is now one of the city’s most popular events and one of the largest of its kind in the world. The concept is startlingly simple but effective: Every October, a slew of iconic sights — including the Brandenburg Gate, the TV Tower on Alexanderplatz, the Berliner Dom (Cathedral), and the Gendarmenmarkt — are transformed into a sea of color and light via creative projections, 3D artworks, and installations. There are associated art and cultural events throughout the festival, too, and even an annual photo competition open to the public. 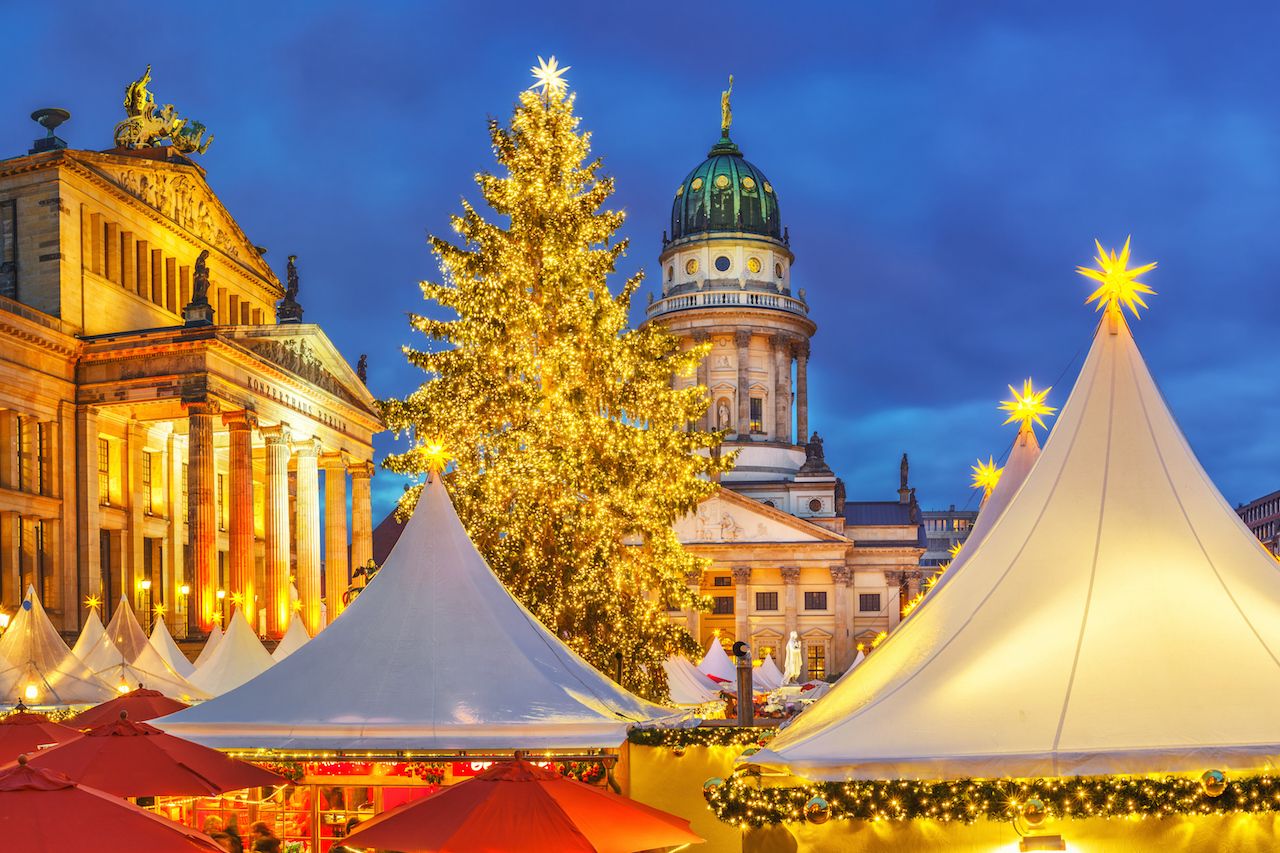 Christmas Markets — Germany is famous for its atmospheric Christmas markets, and Berlin is no exception. There are dozens to choose from, dotted across the capital’s squares, neighborhoods, and districts, ranging from the big-hitters at Gendarmenmarkt, Alexanderplatz, and the Schloss Charlottenburg to more boutique ones like the Lucia market at Prenzlauer Berg’s Kulturbrauerei and a medieval-themed one at Neukölln’s Rixdorf. All the markets offer arts, crafts, glühwein, grilled sausages, and pancakes, and most start on November 25 and run until December 23.

Lollapalooza — Berlin’s city-run electronic music festivals have been incredibly patchy over the last few years, with lots of rebrandings and changing concepts, leading to a series of one-off events rather than anything reliably consistent. Enter American festival Lollapalooza, which has been putting on a reliably diverse and well-organized two-day event since 2015. Headliners have included acts such as Kings of Leon and EDM power-trio Swedish House Mafia, as well as sets from Twenty One Pilots, Martin Garrix, and more. It takes place in the historic Olympic Stadium, and there are family tickets available as well as regular ones.