Berlin’s culinary scene is diverse, interesting, and often very good value for money. There’s a mix of styles and price ranges, from street eats like the ubiquitous currywurst and döner kebabs to mid-range and Michelin-star fine dining. There’s something for every taste and budget, and the restaurants seem to keep getting better and better every year.

These are the best places to eat in Berlin’s popular neighborhoods. 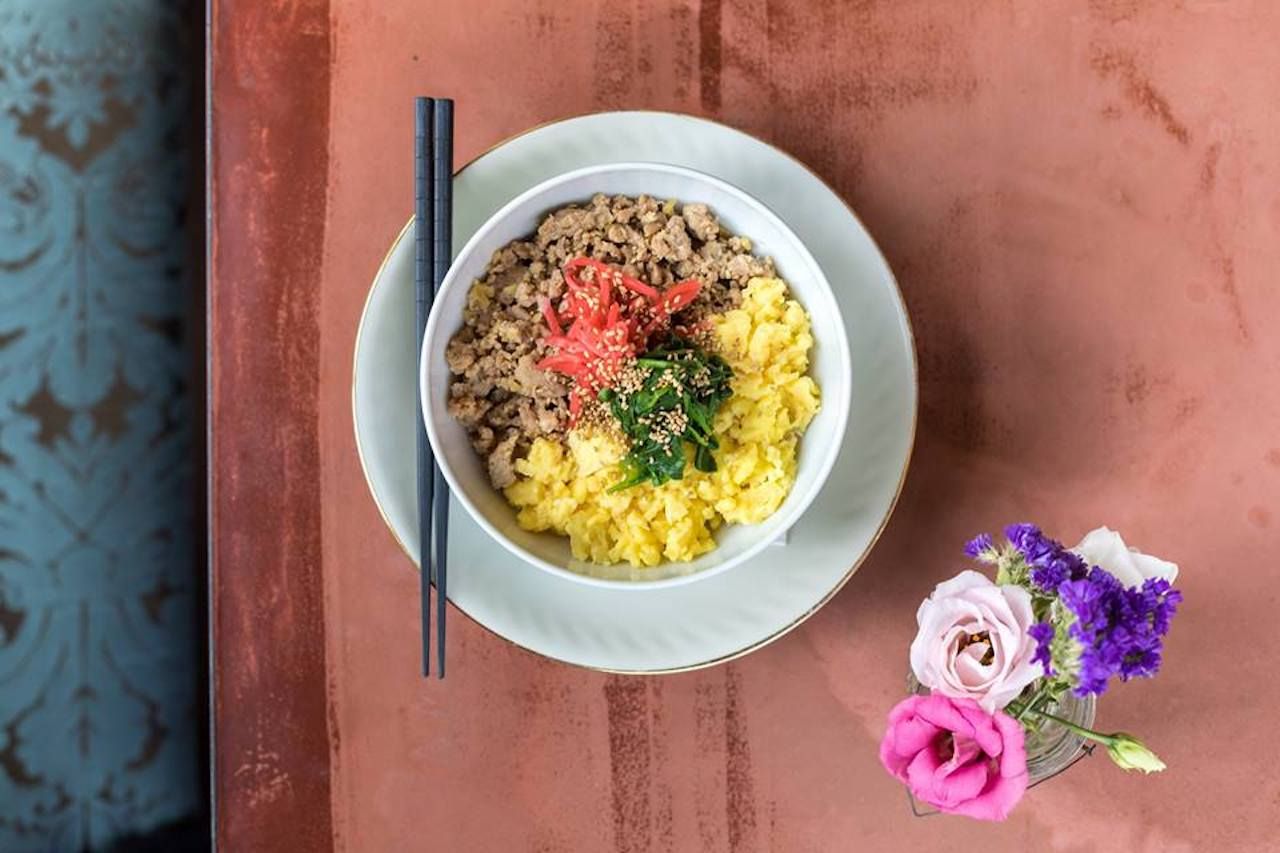 House Of Small Wonder $$ — This upbeat Japanese fusion spot has eye-catching décor (boldly colored chairs, lots of foliage, stained glass), a trendy clientele, and excellent brunches, lunches, and evening meals. Most of the options on the menu are international dishes with Japanese twists. Once you’ve tried the food here, work out a time to go down to the basement where you’ll find a more purist Japanese restaurant called Zenkuchi.

Zur Letzten Instanz $$ — One of the best traditional restaurants to be found in central Berlin, Zur Letzten Instanz (or “The Last Instance”) is one of the oldest dining spots in the city. It dates back to the 16th century, and Napoleon is said to have dined here. Expect wooden beams, warm service, and hearty German dishes like pork knuckle, meatballs, and dumplings.

Cocolo $$ — This legendary (and tiny) spot has just a handful of stools and a few tables spread over two small rooms. It’s one of the only places in Berlin with lines outside before it opens, which is entirely due to the incredibly authentic ramen the chefs here serve up. A bigger version of the restaurant, with equally tasty dishes, can be found in Kreuzberg. 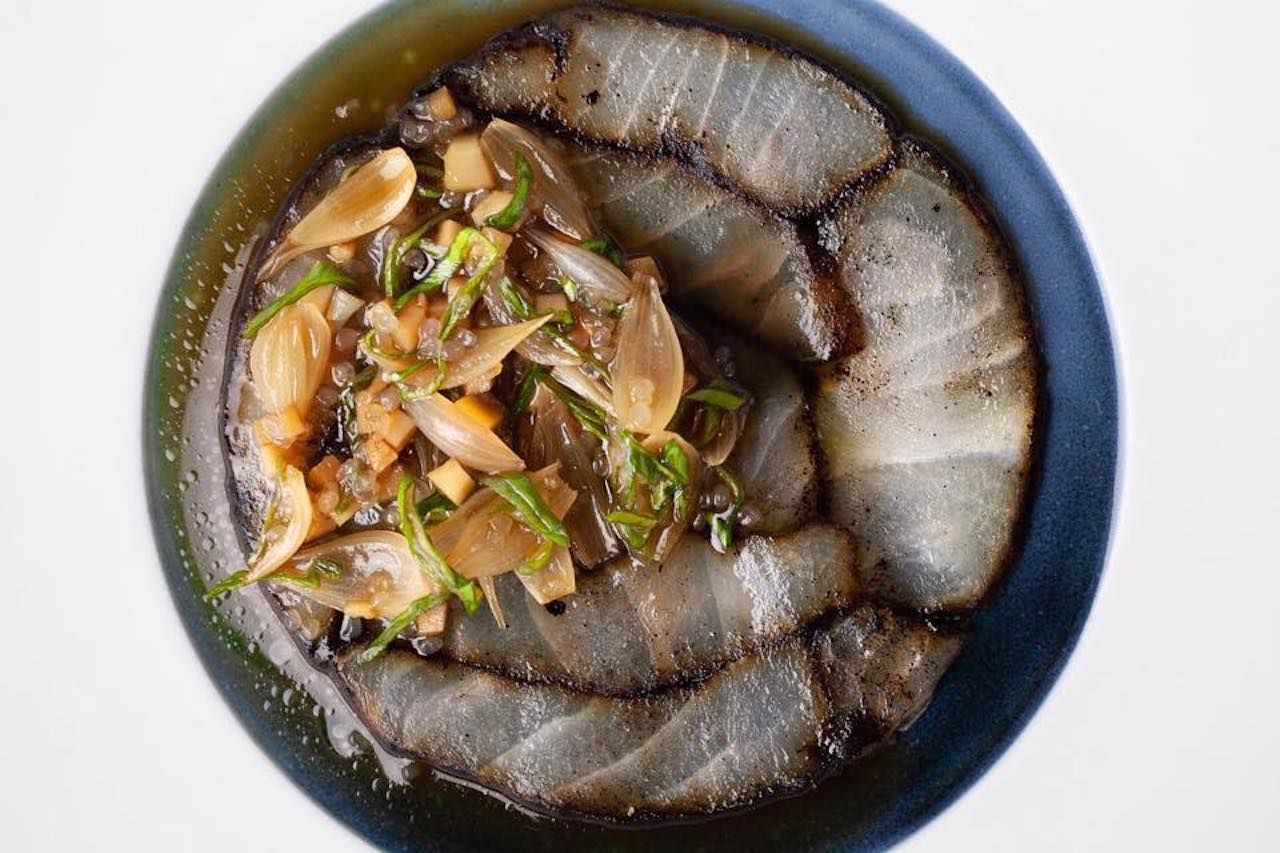 Cordo $$ — Come for the innovative takes on German cuisine, stay for the hundreds of wines by the glass and bottle. There’s a three-, five-, and eight-course prix fixe, but people are just as welcome to sit at the bar and get a taste of the German food that draws from Latin and Asian influences.

Grill Royal $$$ — The prices are high, and it’s got a reputation as a celebrity hangout, but Grill Royal has aged beef in German, Japanese, and US cuts that are worth the hype and money. Art and meat sit side by side as equals (the latter in fridges), highlighting just how much emphasis there is on quality here. 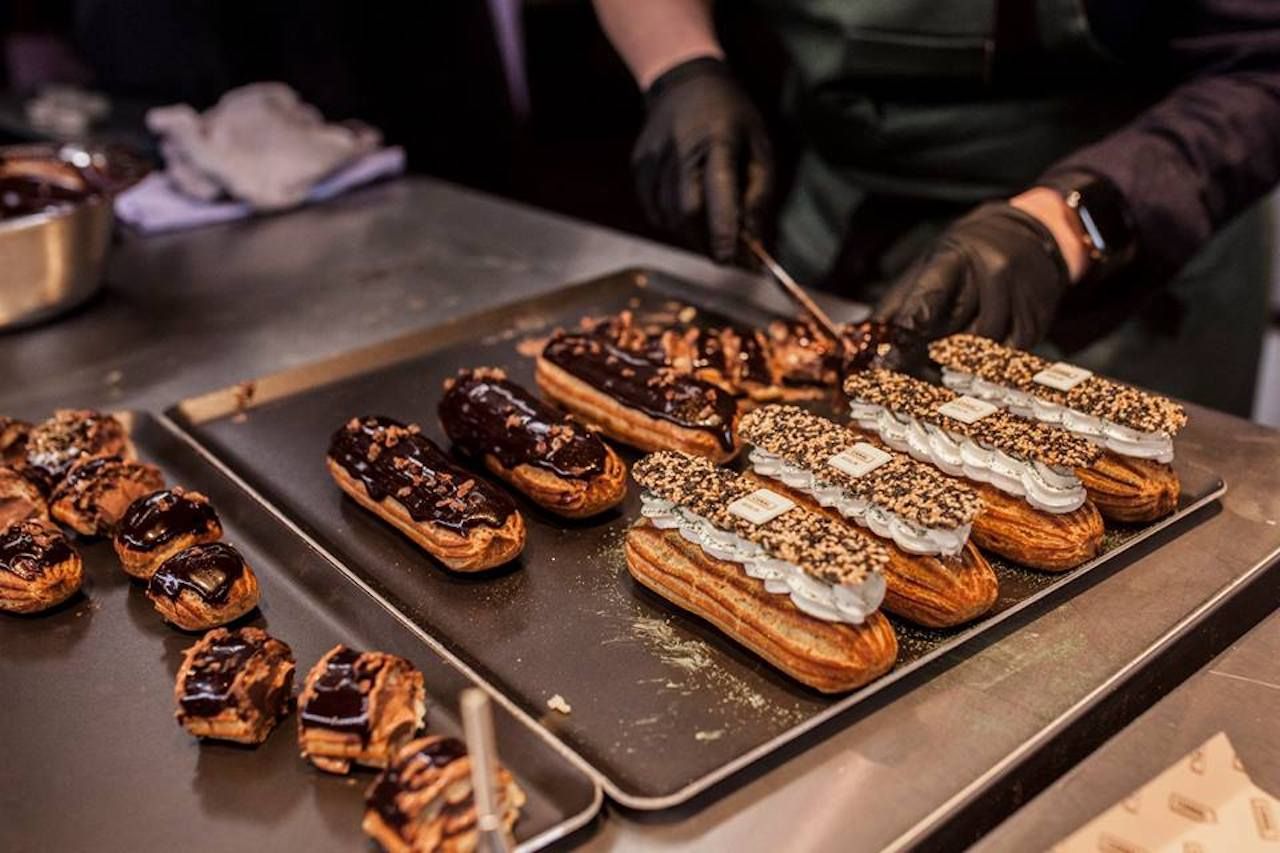 Markthalle IX $$ — A converted 19th-century market hall with a focus on sustainably minded restaurants and vendors. There’s a weekly farmers’ market, events like the Berlin Coffee Festival, the Breakfast Market, and the ever-popular Street Food Thursday.

Nobelhart & Schmutzig $$$$ — One of the city’s boldest concept restaurants, Nobelhart & Schmutzig only serves food made with ingredients from the state of Brandenburg (which Berlin is in) and the Baltic Sea. The interior is chic, with custom-made lighting and furniture set around an open kitchen. The menu is a list of ever-changing courses supplemented by fine wines, craft beers, and ciders. It’s pricey but worth it for when you want a unique eating experience.

Defne $$ — There are hundreds of döner restaurants in Kreuzberg, but Defne serves up a much more interesting mix of Turkish and Mediterranean cuisine than most. The dishes include classics like imam bayildi and meat skewers to options like steamed spaghetti with clams. The lovely terrace looks over the Landwehr Canal, and it’s the perfect place for a small group of friends and shared plates. 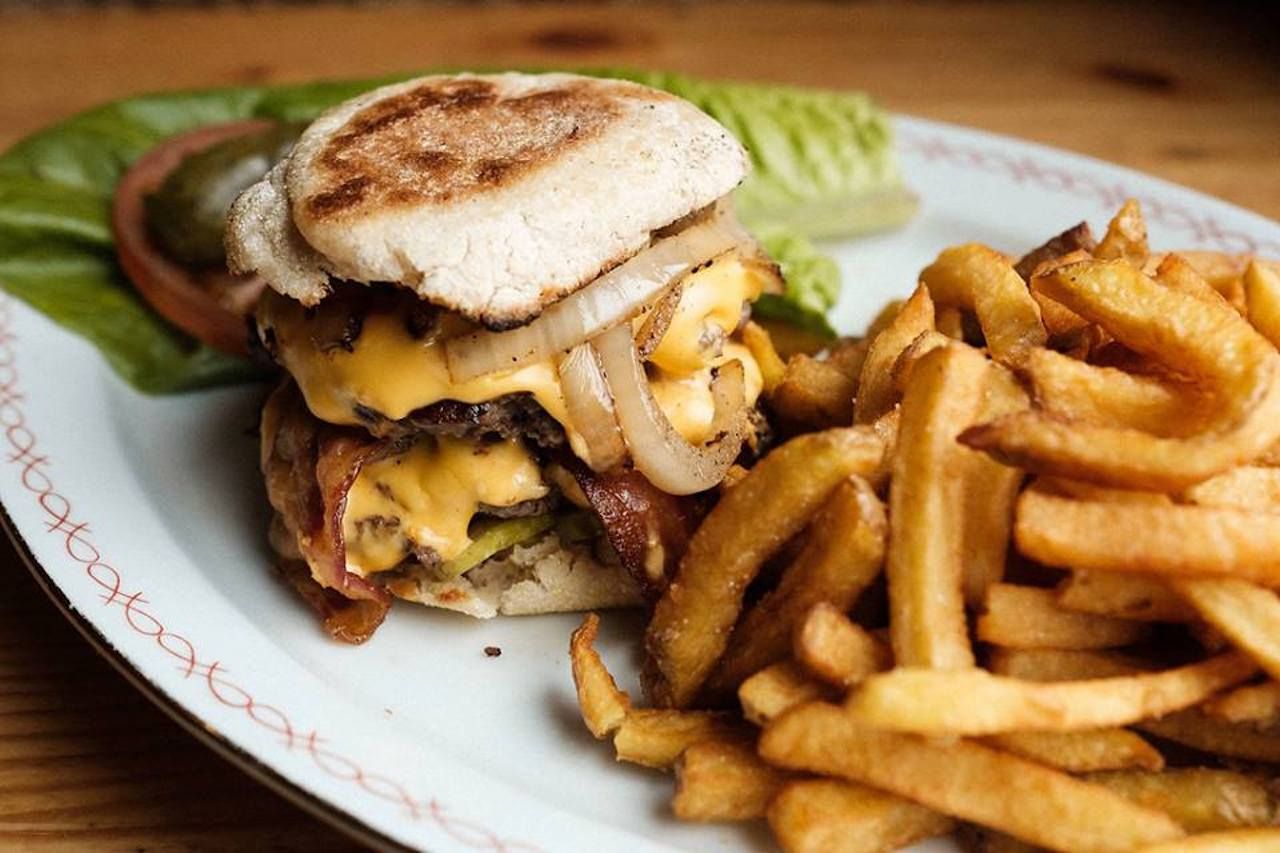 The Bird $$ — Berlin is filled with burger spots. Among all that competition, The Bird stands out. It’s run by expat New Yorkers and has gained a particularly good reputation, not only for its huge and tasty burgers but also its chicken wings, steaks, and authentic diner-style ambiance. Make sure you come hungry.

Sasaya $$ — Often regarded as one of the best Japanese spots in the city, Prenzlauer Berg’s Sasaya is an unassuming place with an excellent menu of both traditional and fusion dishes, from sushi to seafood skewers. Book well ahead if you can or risk the long wait.

Marjellchen $$ — This tried and tested timewarp of a restaurant specializes in cuisine from former German regions like East Prussia, Pomerania, and Silesia. Menu options include calf liver, pickled beef, and pike. The décor is traditional, the atmosphere is warm and convivial, and the meat-heavy menu is delicious and filling. The owners are fairly flamboyant too, so don’t be surprised if you stay a while. 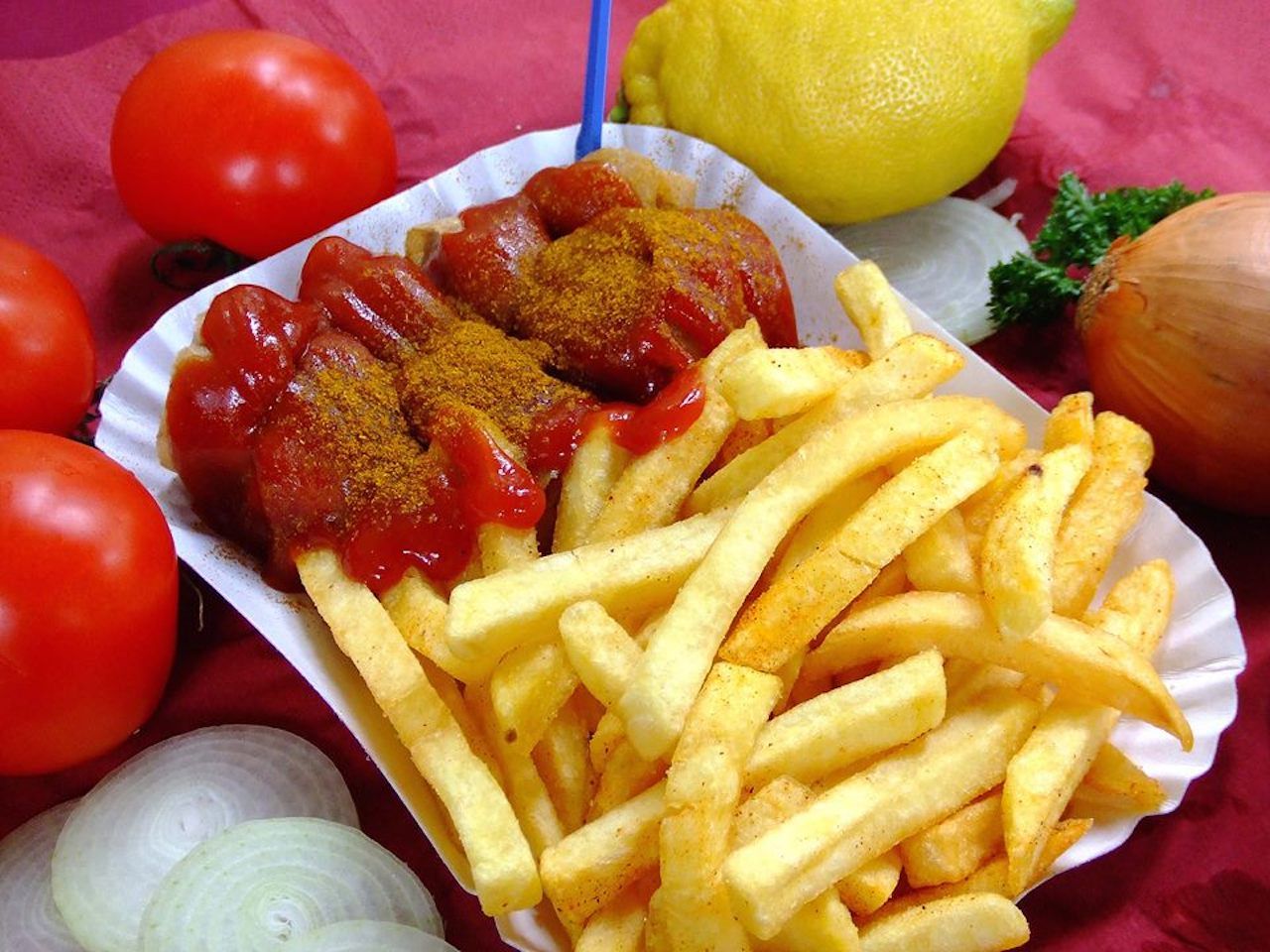 Konnopke’s Imbiss $ — Currywurst can be found all over the city, but this legendary spot below the train tracks at Eberswalder Strasse has been running since 1930 and has a special place in Berliners’ hearts. There are some tables inside, as well as outdoor tables for the warmer months.

Lon men’s Noodle House $ — Blink while you’re walking and you’ll miss this tiny Taiwanese noodle joint, which can be found along the Asian restaurant lined Kantstrasse. It’s family run and basic but clean inside, with just a few tables and a devoted clientele. Expect delicious fried dumplings, brothy noodle soups, and other traditional dishes.

893 Ryōtei $$$ — You wouldn’t guess from the reflective, graffiti-covered façade that this was one of West Berlin’s hippest restaurants, but it’s run by famed local restaurateur Duc Ngo who has transformed it into a chic shrine for sushi and Nikkei dishes. The interior is seductively stylish, with a showpiece open kitchen and all-black walls, and there’s a kick-ass sake list along with fine wines.