After spending your first day seeing some of Berlin’s most famous sites, this day will explore the areas around Alexanderplatz — the onetime showpiece of East German communist strength during the Cold War — and the historic Nikolaiviertel. After that, you’ll get into some of the more alternative sights of Mitte. There, you’ll experience Berlin’s creative and quirky vibe among its funky boutiques, chic cafes, and a slew of independent museums and galleries.

Head to hip Oliv on Münzstrasse for top-notch (strong) coffee and either a healthy breakfast of granola and fruit or more substantial bacon and eggs. The large windows are perfect for hipster spotting.

A tour around Alexanderplatz 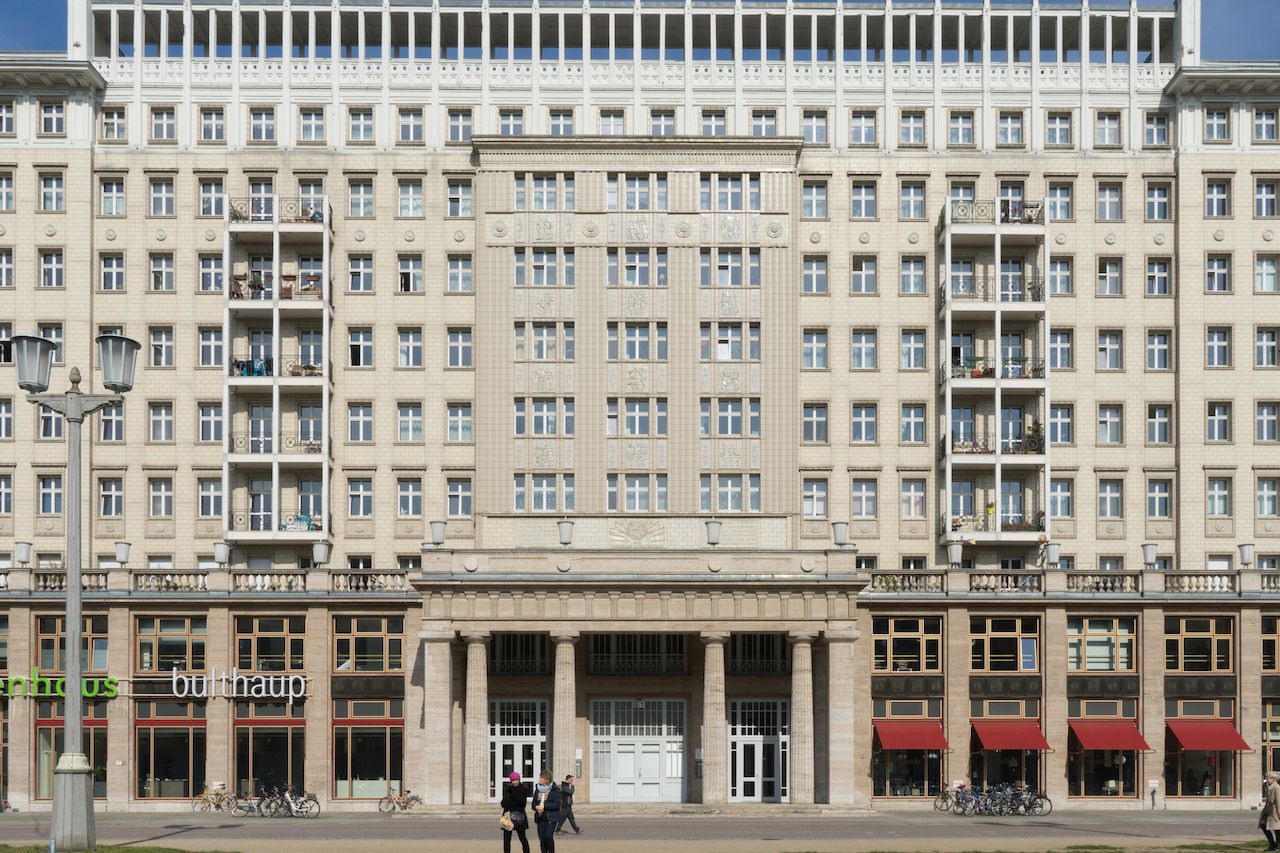 Yes, it’s touristy, but there is no denying the awe-inspiring vistas from the viewing platform of Berlin’s looming TV tower, one of the city’s most recognizable landmarks. The surrounding architecture, mostly constructed in the 1960s by the GDR (the Communist government of East Germany before reunification), might not be aesthetically flamboyant, but it is historically fascinating. Hence, the city has chosen to heritage-list it instead of tearing it down.

At a minimum, head to the Haus des Lehrers to admire Walter Womacka’s wraparound mosaic frieze. Then walk east to find yourself on the equally historic, and equally listed, Karl-Marx Allee, a perfectly preserved Soviet-style boulevard. If you don’t want to stroll up and down its 1.4-mile length, try to at least make it to the quaint Cafe Sybille, which has a 1950s-time-warp atmosphere and a small museum about the street’s construction and history.

Lunch in the Nikolaiviertel 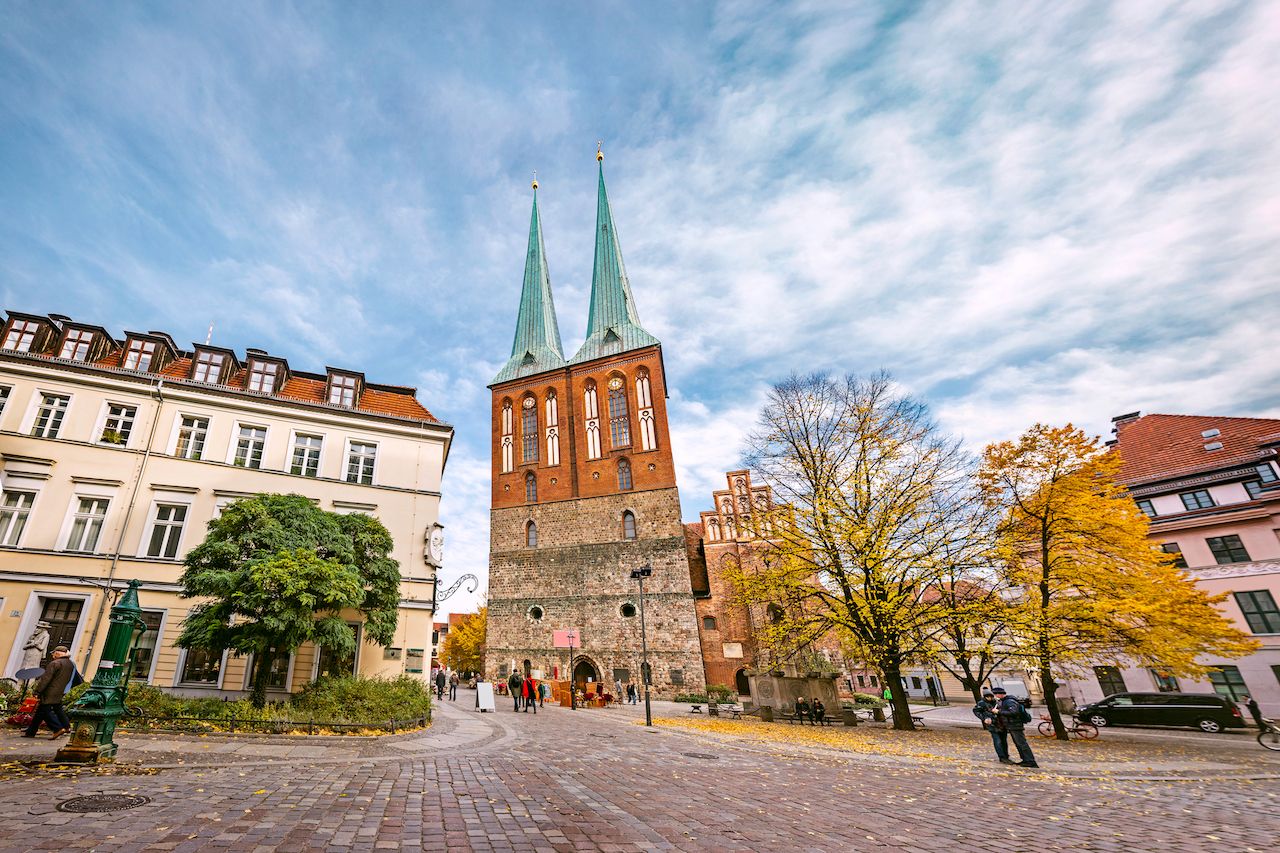 Head back to the Nikolaiviertel (Nikolai quarter), one of the oldest parts of the city. Despite its medieval history and character, it was actually reconstructed by the GDR in the 1980s. It still has its aesthetic charms, though — cobbled lanes, cutesy houses, and taverns — as well as a few interesting sights and museums.

The impressive Nikolaikirche (St. Nicholas Church) has foundations that date back to the 13th century, and the Ephraim-Palais (Ephraim Palace) offers a Rococo façade and interesting exhibitions about the city and German history. Check out the Zille Museum to discover one of the city’s best caricaturists, Heinrich Zille. Then head to the historic Zillestube, which he used to frequent, for a hearty traditional lunch and beer. 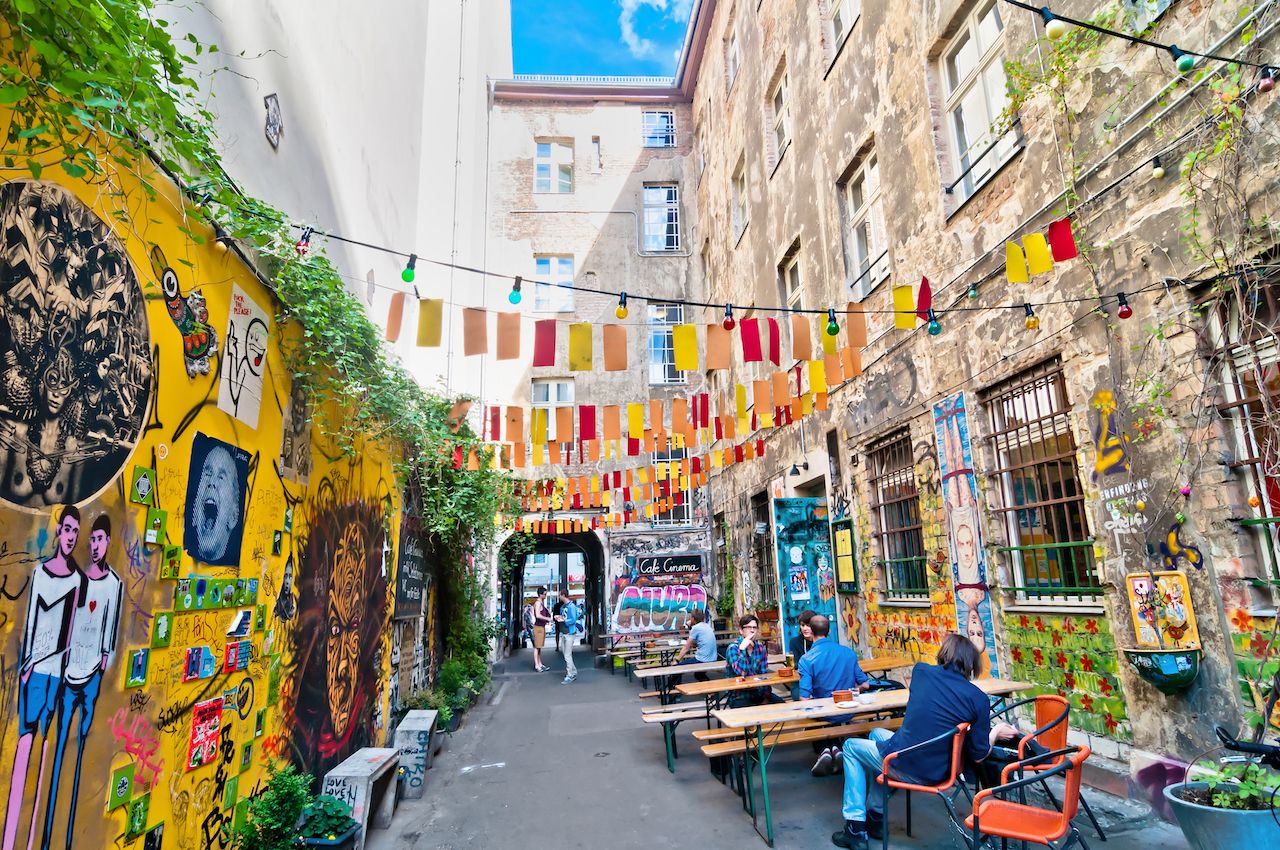 Head towards downtown Mitte to explore the endless boutiques, bars, and restaurants dotted on and around Auguststrasse, Torstrasse, and Alte Schönhauserallee, which are buzzing any day — or night — of the week. Look out for legendary local shops like the chic magazine and book store Do U Read Me?, as well as indie art and cultural institutions like the KW Gallery and the me.Collector’s Museum. When you get hungry, grab some Ramen at tiny hotspot Cocolo, then head across the street to experience some local ambiance at Hackbarth’s bar or the delightful Clärchen’s Ballhaus along Auguststrasse.