Kiev used to have little artistic significance, always being on the outskirts of this or that empire. Its painters, composers, and writers had to seek recognition in St Petersburg and Moscow, where cultural life flourished. But that is changing now. Mural by mural, concert by concert, Kiev is lovingly building an art and culture scene of its own. 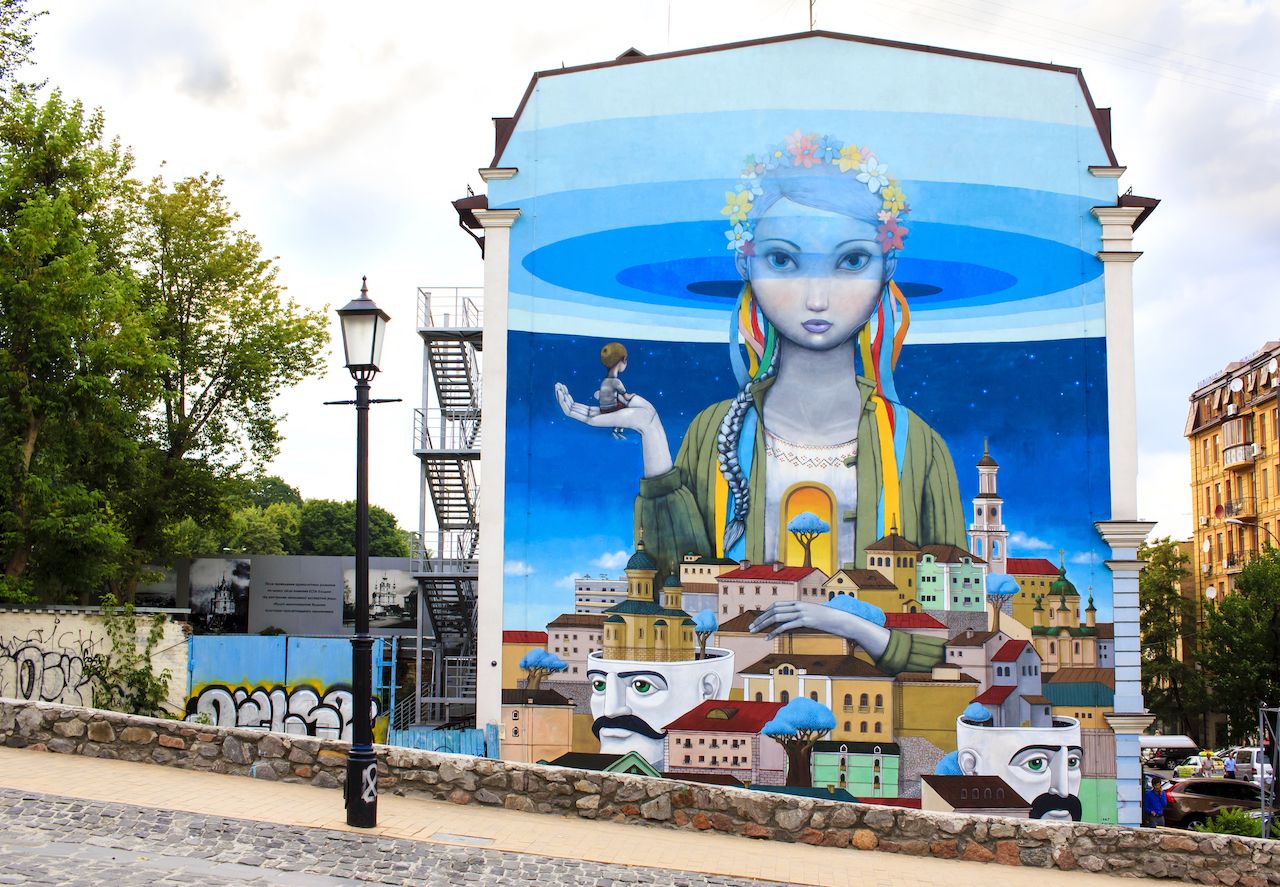 Murals — In Kiev, you can find yourself in a mediocre street, with nothing to look at but cars and khrushchovkas (Soviet project housing), and then bump into a painting that knocks you off your feet. Locals take great pride in the Kiev murals that have exploded after the protests in 2014. Non-profit Sky Art Foundation is inviting dozens of artists from Ukraine and beyond to paint murals on the walls of residential buildings. This volunteer website has 160 of them pinned on the map, so you can pick your favorites and plan a walking tour. 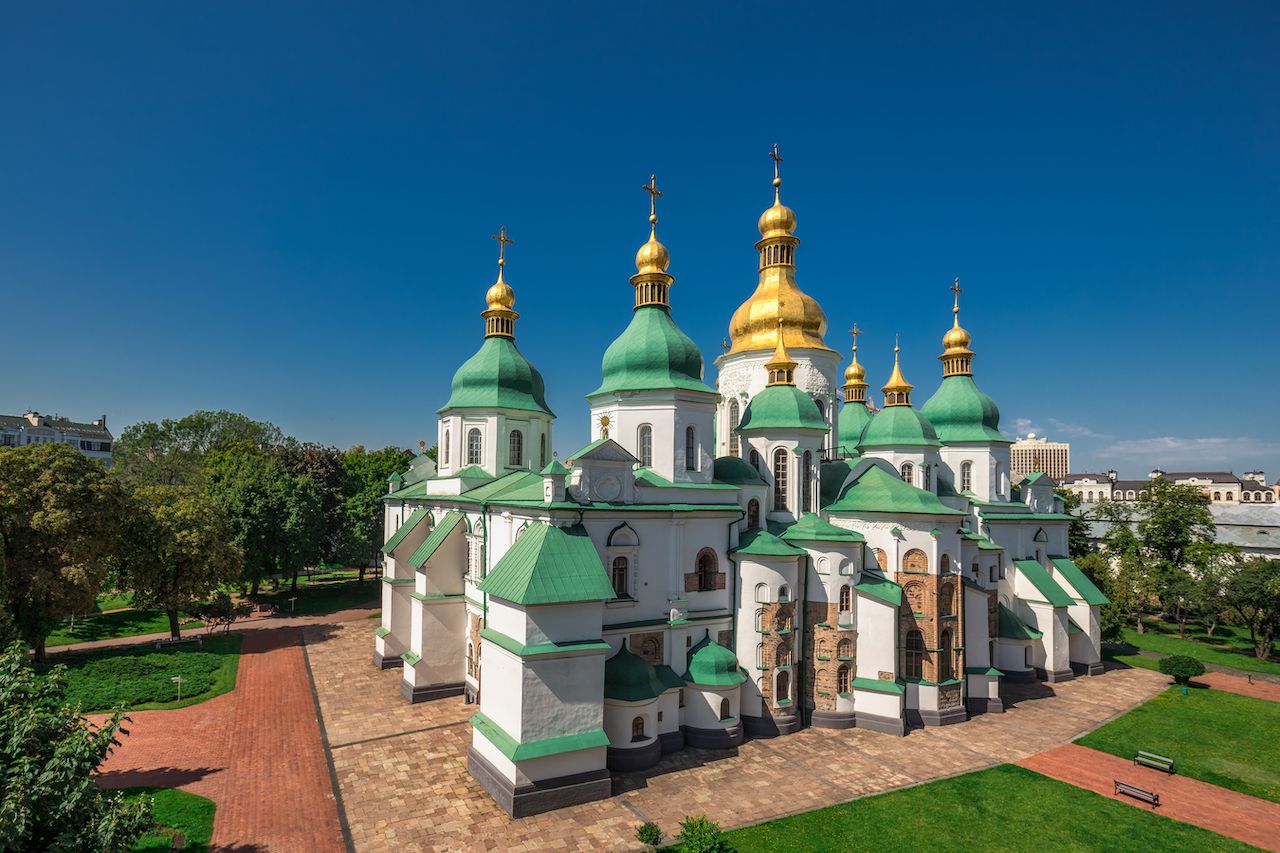 St Sophia’s Cathedral — You may never have thought of Kiev as an ancient city, but it’s actually over a thousand years old. And St Sophia’s Cathedral has been at the core of Kiev since 1037. Many of its authentic mosaics and frescoes have been preserved, and its 17th-century belltower still accepts visitors. Go up the tower for a view of Kiev’s prettiest square, but keep in mind that the stairs require a decent level of fitness. 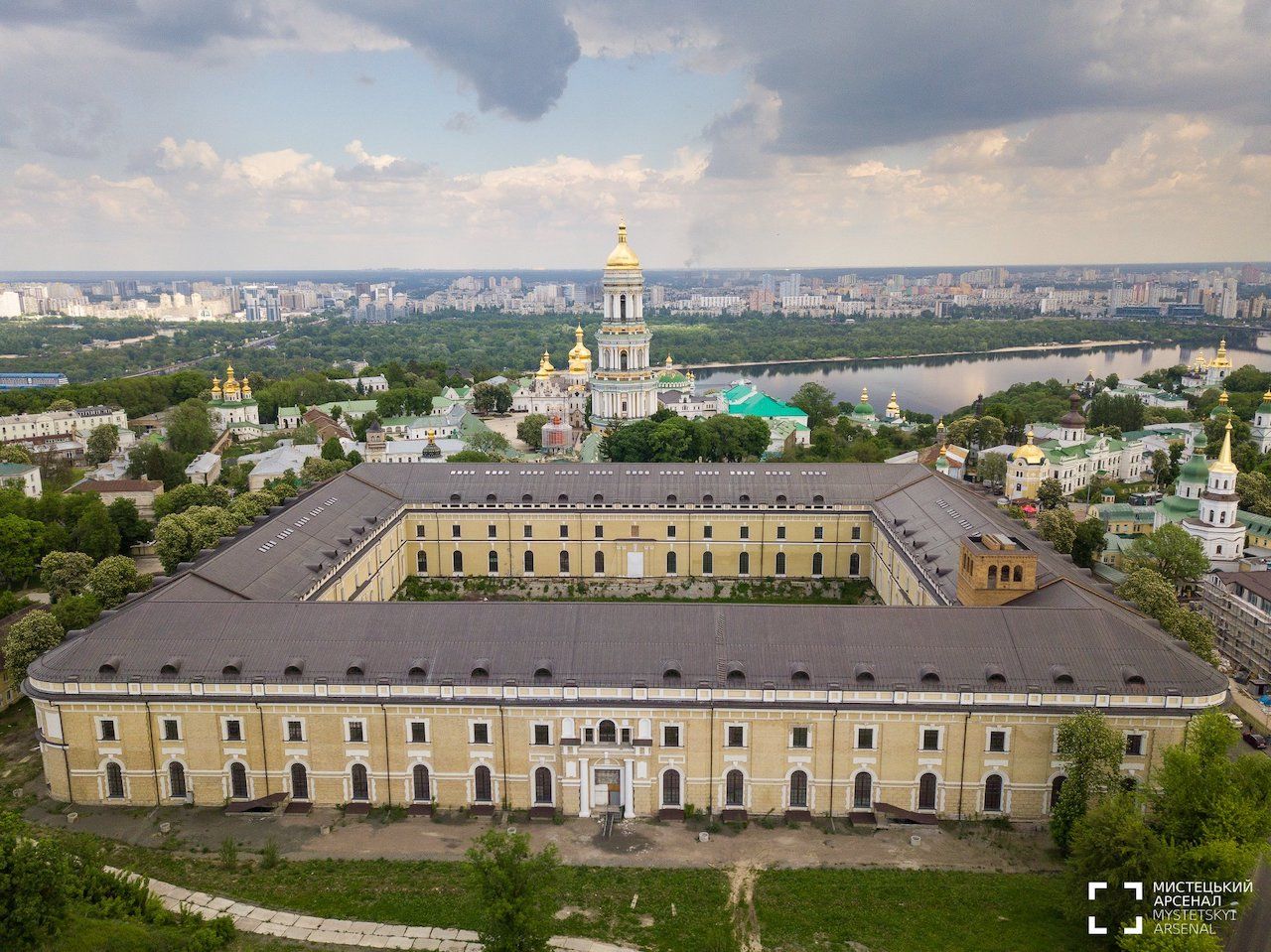 Mystetskyi Arsenal — The 18th-century armory, part of the Kiev Fortress, is now home to more peaceful things than canons. A decade ago it became Mystetskyi Arsenal, an art and exhibition venue, and it’s now the place to go for art shows, book festivals, and jazz concerts. Come on a weekday to have the dim hallways and arched ceilings all to yourself. 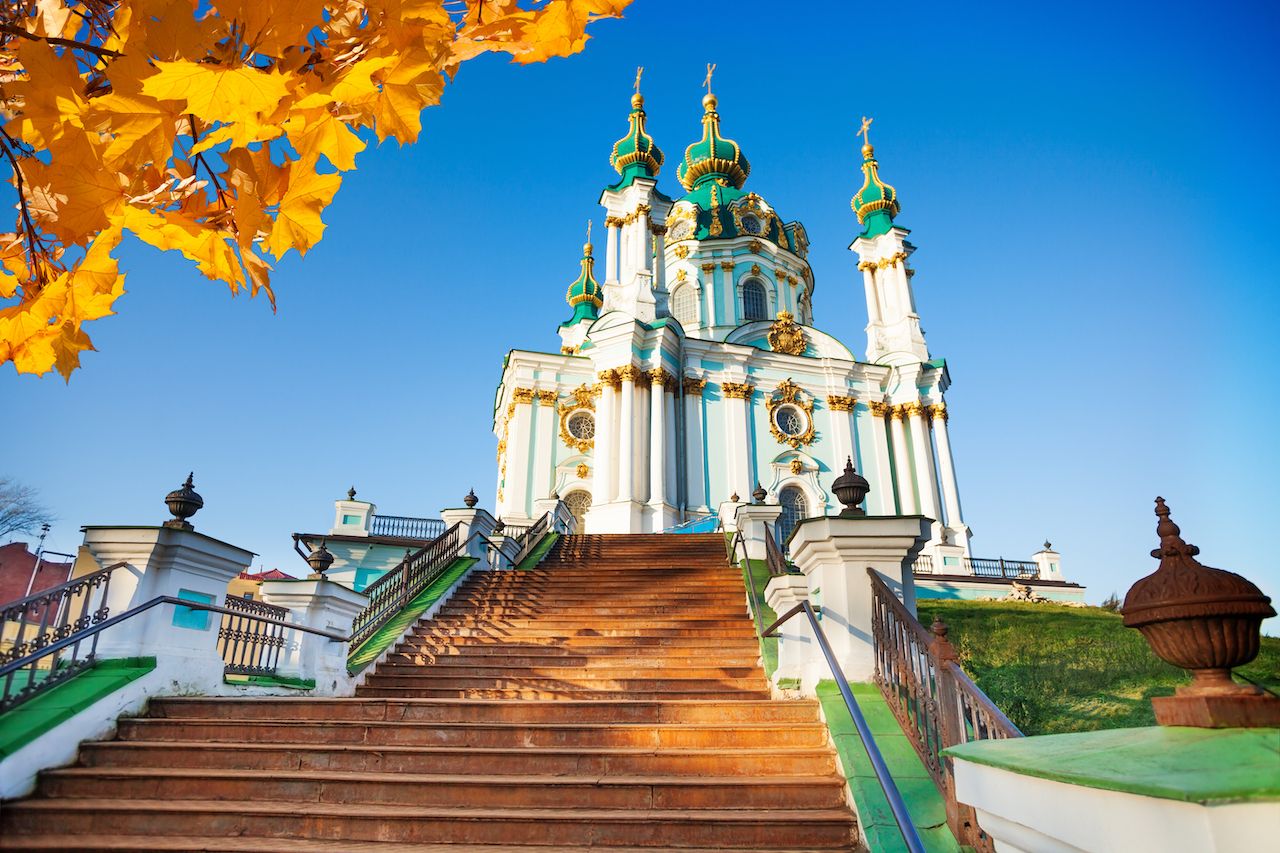 St Andrew’s Church — Kiev is packed full of Eastern Orthodox churches, and there’s going to be a golden dome wherever you look. But St Andrew’s Church, designed by the Italian architect Rastrelli, is especially ornate and delicate. The inside of the church is worth seeing, too, if you’re lucky, and the church is not closed for reconstruction. 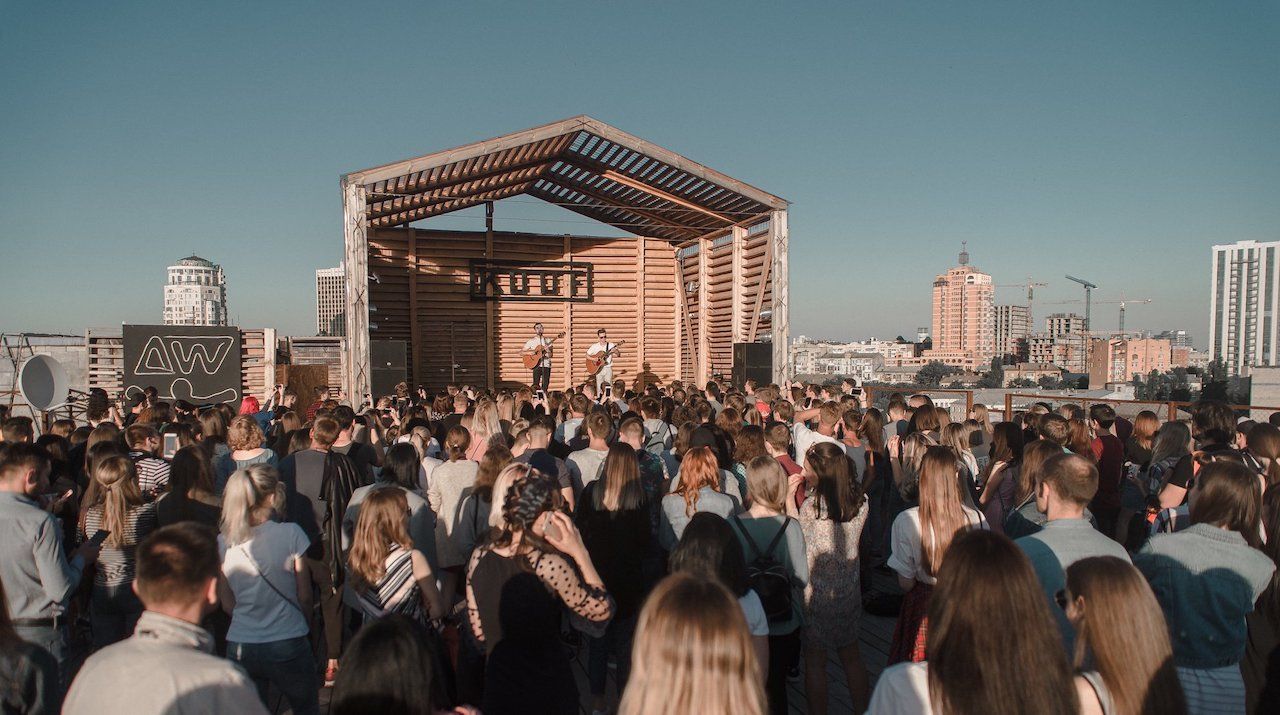 Roof — Kiev rooftops are slowly but surely getting populated. Roof is one of the spots that lets you get a better view of the city while drinking, dancing, or listening to music. This open-air concert venue is located on top of a nine-story building on a historic street. Here you’ll find classic music, DJs, jazz, poetry readings, and even stand up comedy. 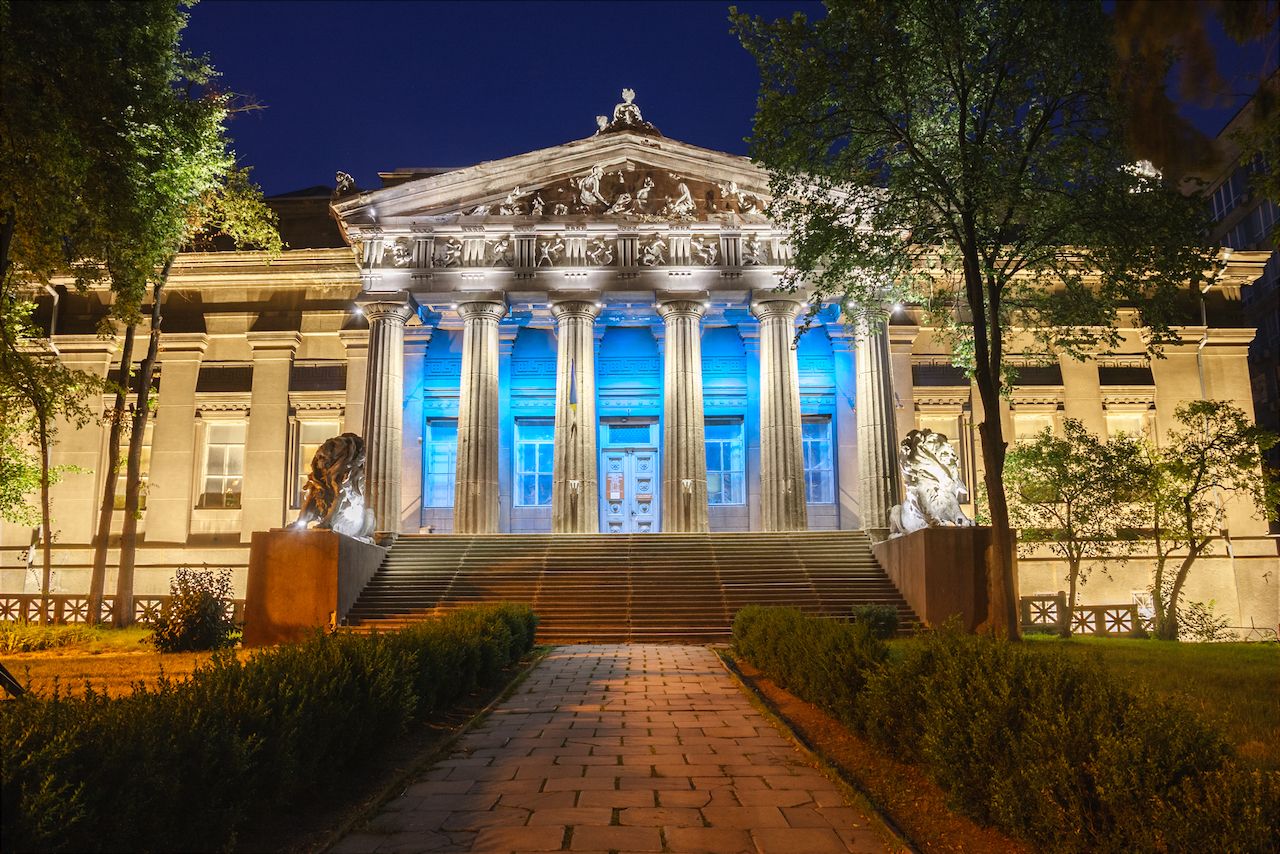 National Art Museum of Ukraine — NAMU hosts paintings exclusively by Ukrainian artists, so while it doesn’t have any big names, it does give you a taste of what Ukraine was up to between the 12th and 20th centuries. The exhibition starts with medieval Christian art then walks you through portraits of cossacks and straight into the 20th century modernism. There’s also a room for solo art shows, with ever-changing exhibits by contemporary Ukrainian artists. 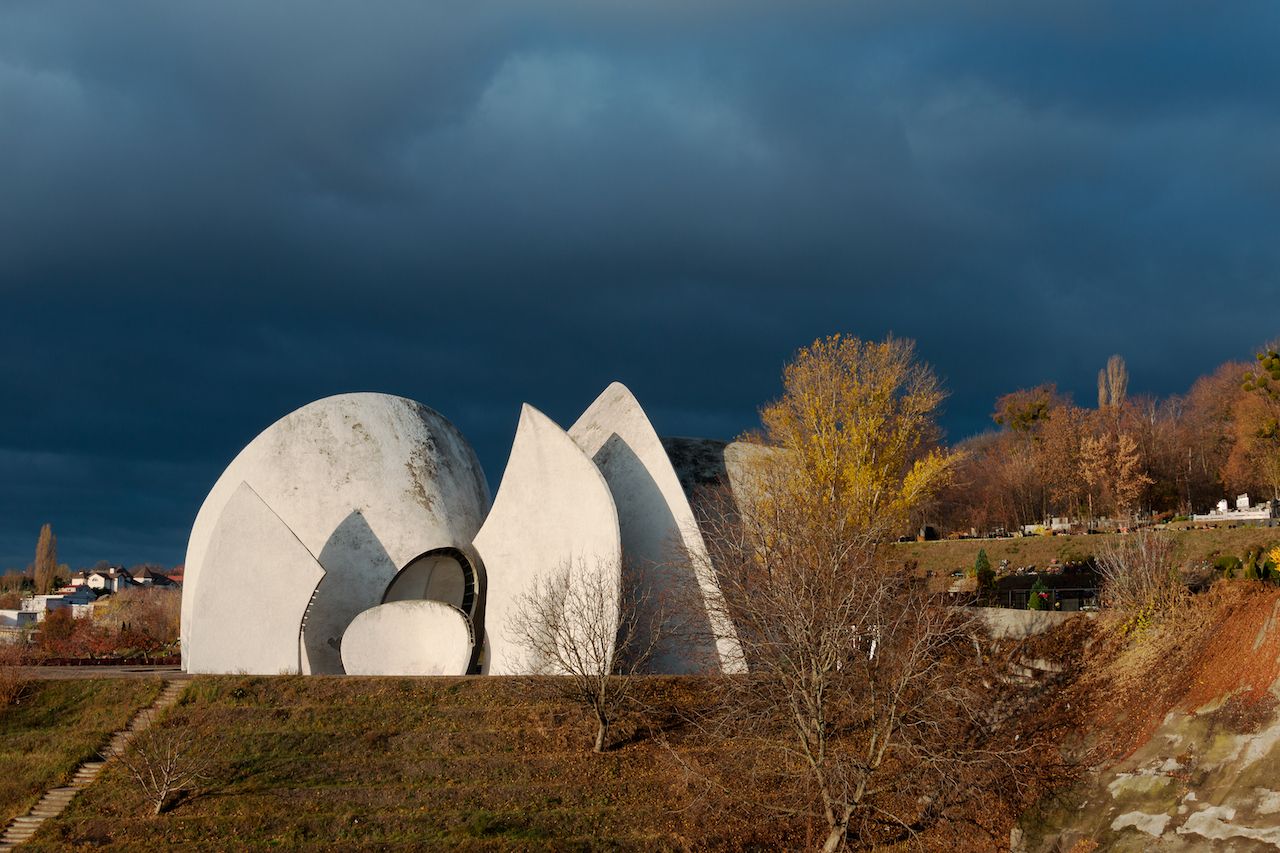 Soviet brutalist architecture — What you likely imagine when thinking about Kiev is gray concrete blocks where joy goes to die. And there’s plenty of those, but there are also more fascinating examples of Soviet architecture. Soviet modernism, brutalism in particular, has produced the awe-inspiring Kiev Crematorium, which looks like a spacecraft; the building of Ukrainian Institute of Scientific and Technical Expertise and Information, which locals dubbed The UFO; the spiky Hotel Salute; and many others. A volunteer group that’s trying to save Soviet modernism from destruction and decay has put all those objects on a map you can use. Don’t forget to check out the Motherland Monument for a serious dose of Soviet art. 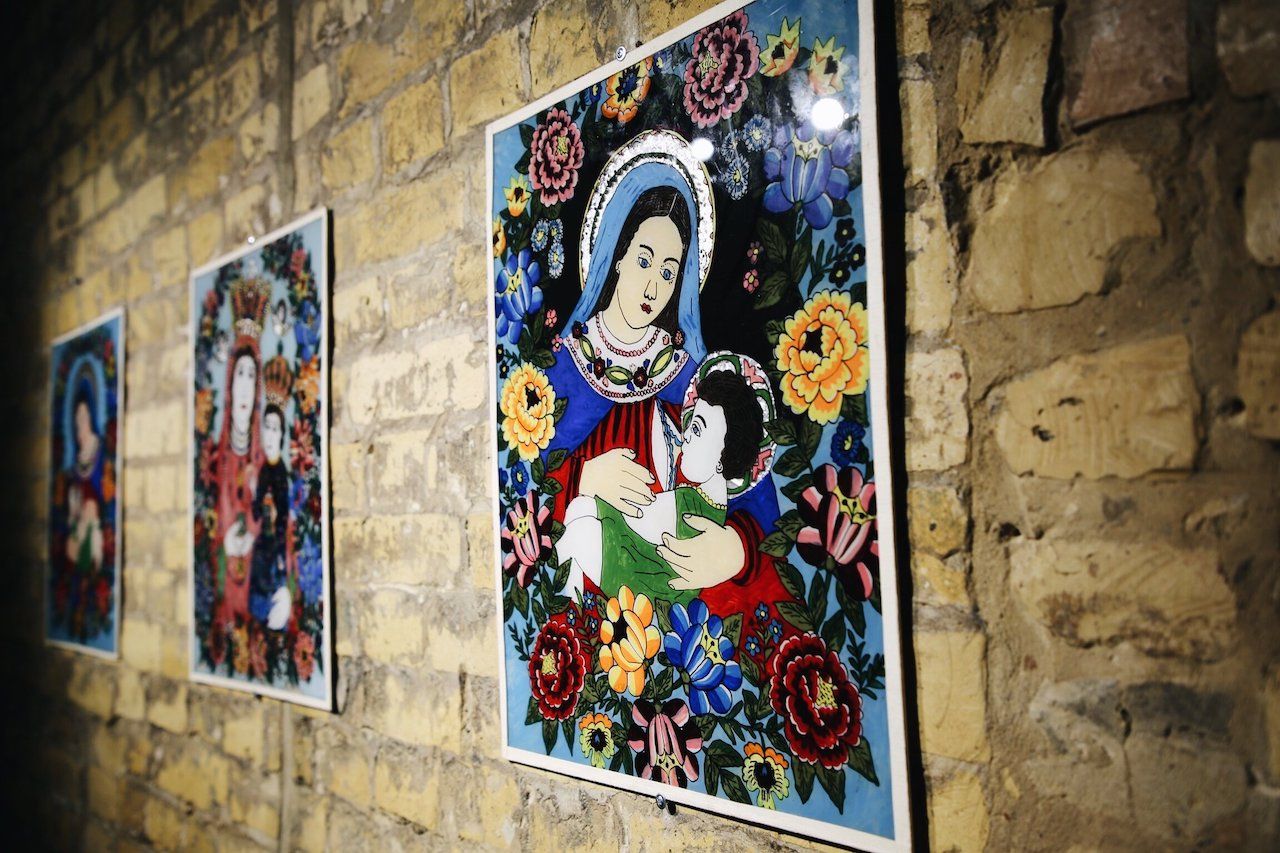 Independent galleries — Small art galleries are scattered around the city and concentrated in the neighborhoods of Andriyivsky Uzviz, Podil, Vozdvyzhenka, and Zoloti Vorota. Bursa Gallery, part of the namesake hotel, seeks to support young artists and keep their art independent from sponsors and buyers. The Naked Room curates contemporary art and pairs it with a small bookstore and drinks from The Naked Bar. 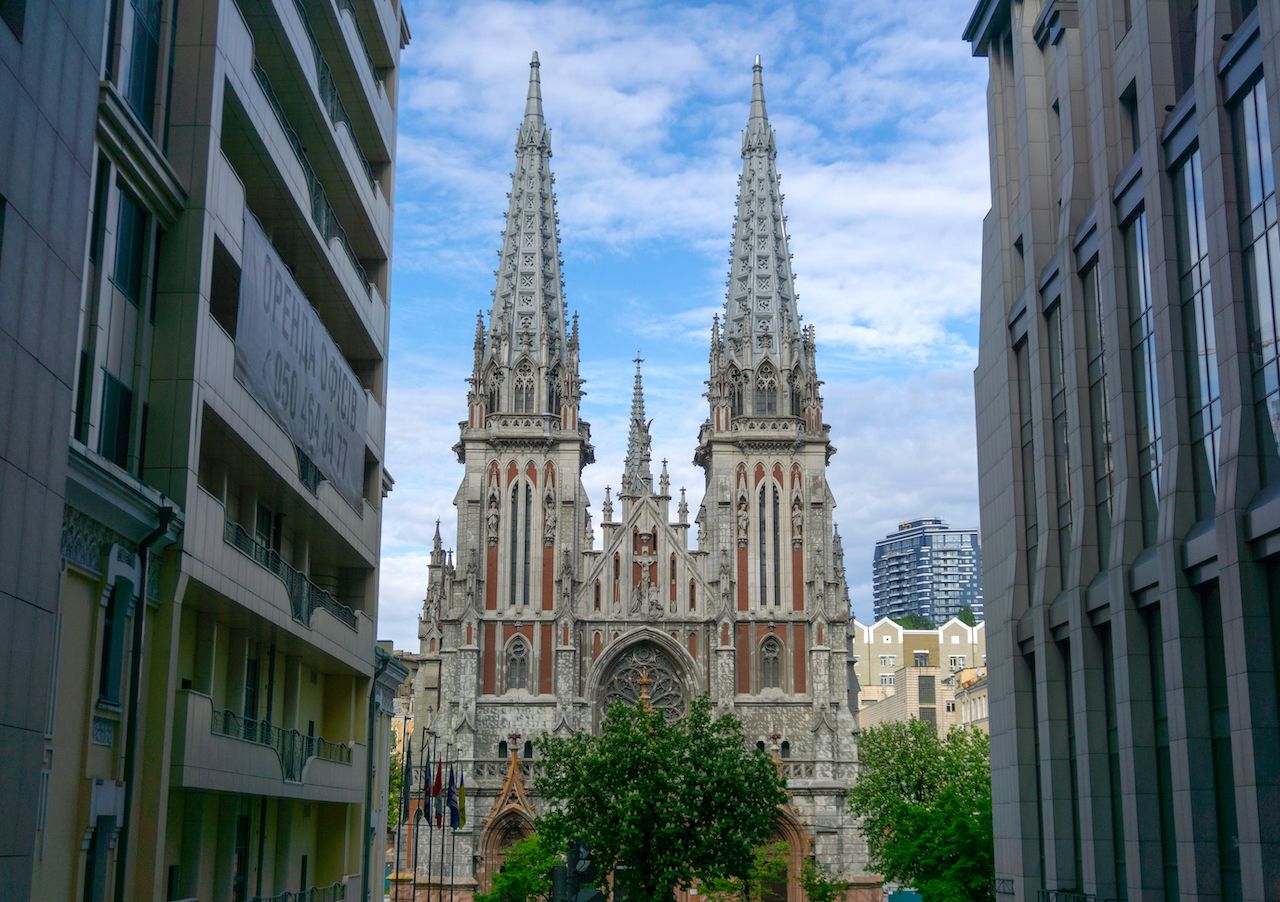 St Nicholas Cathedral — Something is off about this neo-Gothic building, but you can’t quite put your finger on it. Until you learn it’s made of cement and was built in the early 20th century. The cathedral is known simply as kostyol (Catholic church), but it’s no longer just a place of worship. The Roman Catholic Church shares the premises with The National Organ and Chamber Music Hall of Ukraine, so whether you want to take Communion or hear some music, you’ll be able to do it here — just on different days. 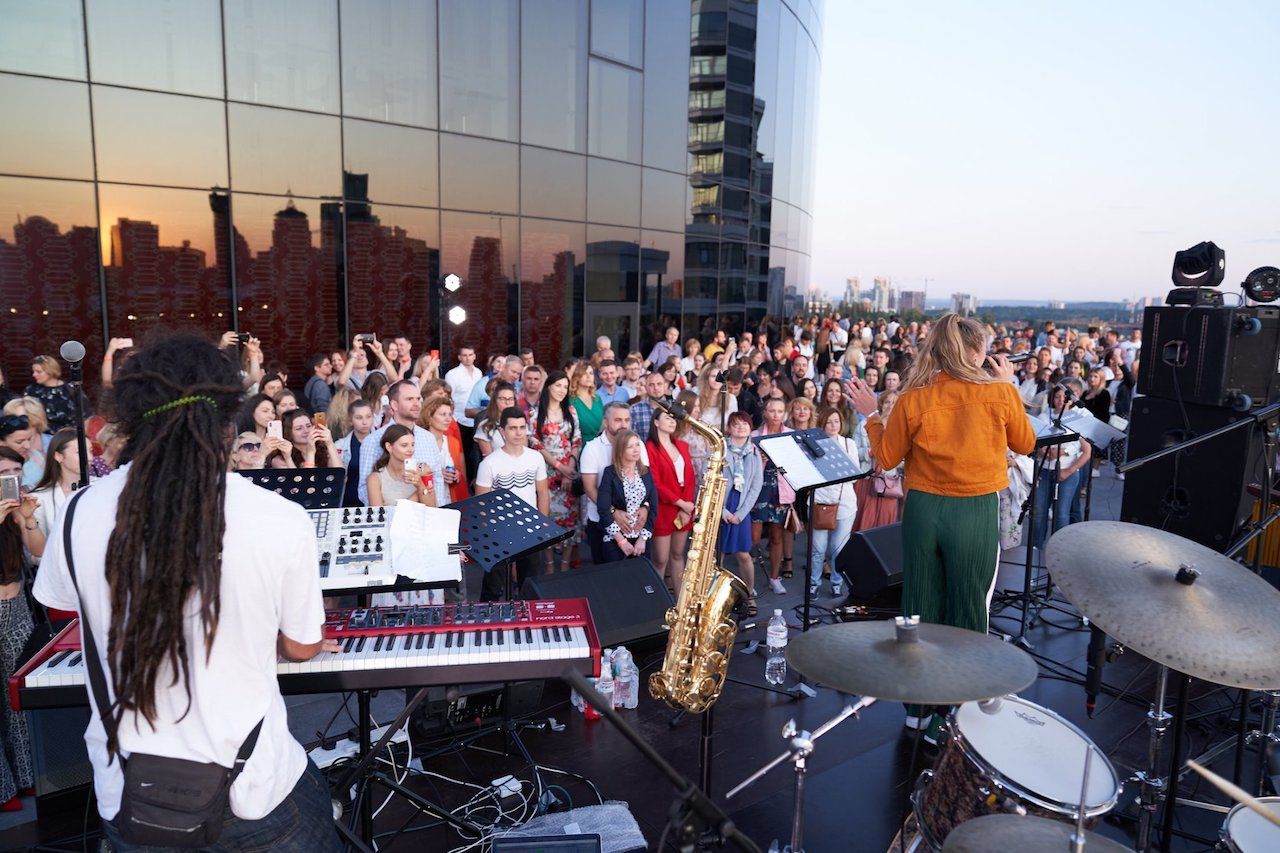 Svitlo Concert and Marco Concert — Neither Svitlo Concert nor Marco Concert has a specific venue, and the best events they organize are geared towards warm summer nights. Those are mostly music concerts with a heavy focus on jazz, so if you like the sound of the sax in a rose garden or orchestra on a rooftop, you’ll want to check what’s happening during your stay.