Once the snow melts away and pale, blinking Kievans take off their coats, the city starts bustling with gatherings. Hipsters organize DIY street festivals; artisans and musicians unite to promote their crafts. There’s a festival for everything, be it wine, holy colors, or comics. And some of the events that started as small and niche have grown so big they just can’t be overlooked. Check your travel dates — maybe you’ll catch one of these festivals when in Kiev. 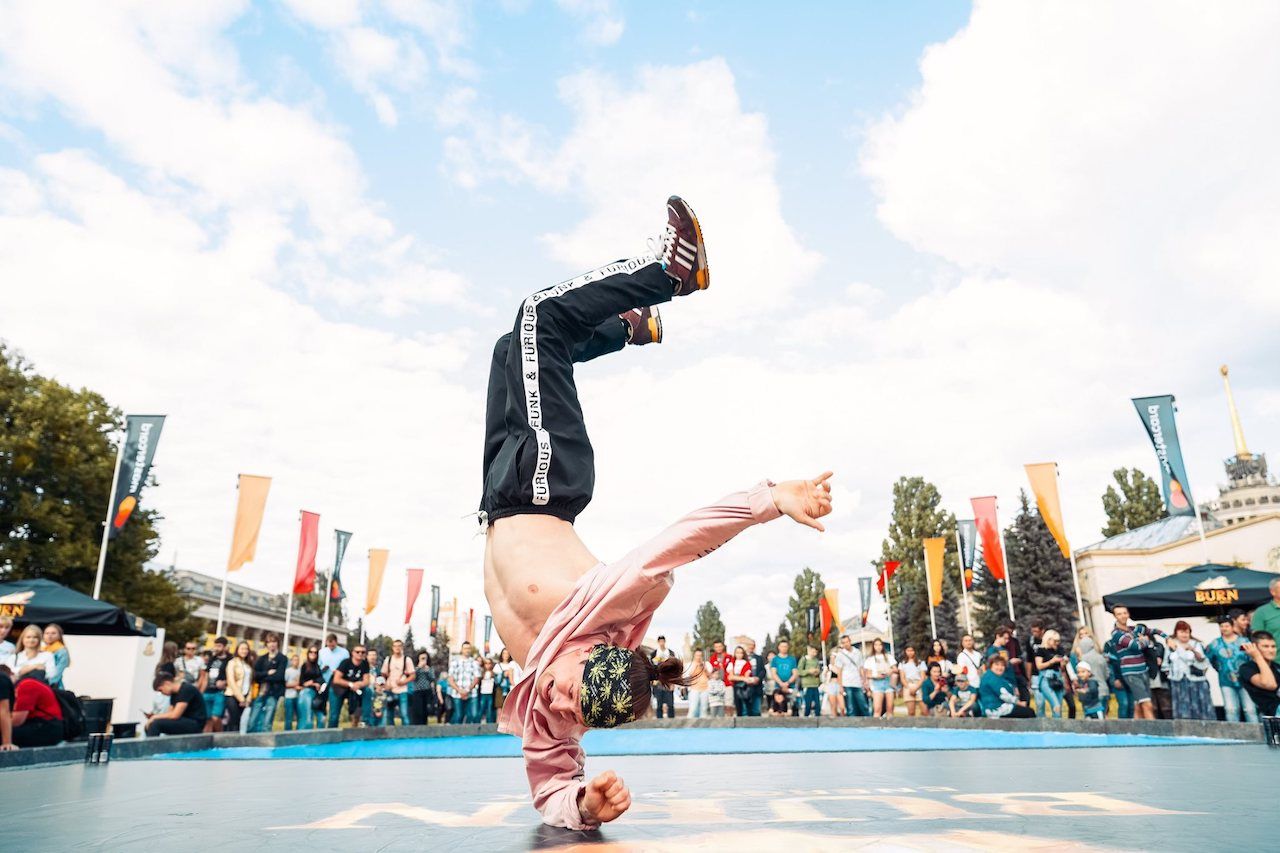 Atlas Weekend — At the biggest music festival in Ukraine, you’ll find something appealing regardless of your music taste. Atlas Weekend typically has rock, hip-hop, electronic music, and jazz stages, and over the years, it has attracted big names like The Prodigy, Black Eyed Peas, and Placebo.

The festival and its many stages are spread on the fields of a Soviet exhibition complex, so the pompous Stalin-era buildings will be a fun touch. The venue is right next to a aetro station, but if you want to stay on the grounds, there’s a camping area with equipment rentals.

When: Late June through early July 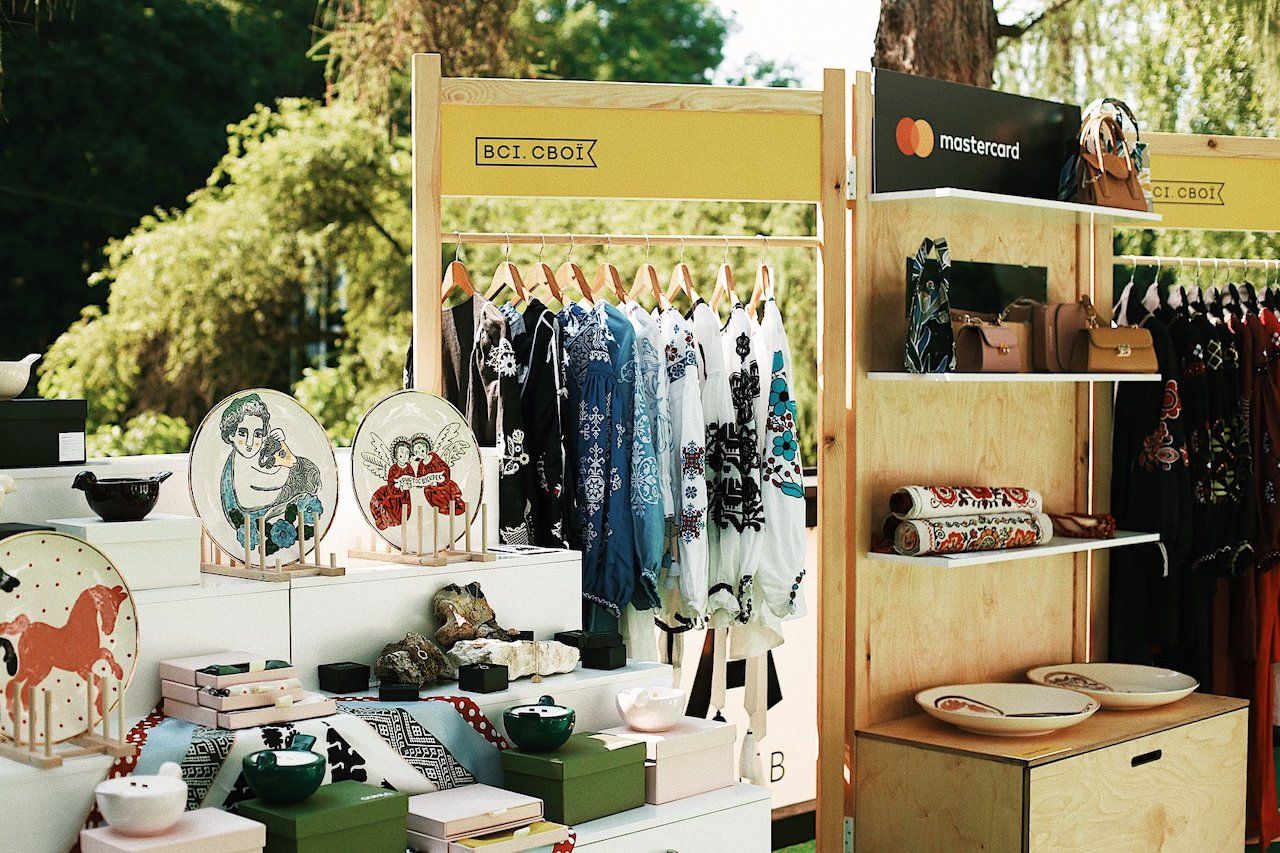 Vsi Svoi — A decade ago, Ukrainian fashion was non-existent, but within the past few years the scene has exploded. Dozens of small brands create clothing, shoes, leather goods, and decor — and the monthly Vsi Svoi market showcases them in one place. Vsi svoi means “all our own,” which pretty much sums up the concept: Ukrainian vendors only.

The number and types of markets vary from month to month. There’s always at least one market for clothing, shoes, and accessories, and optional ones are for home and decor, kids’ clothing, and artisanal foods. Come here for hand-made garments at Zara prices and authentic souvenirs to take back home.

When: Two to three weekends every month 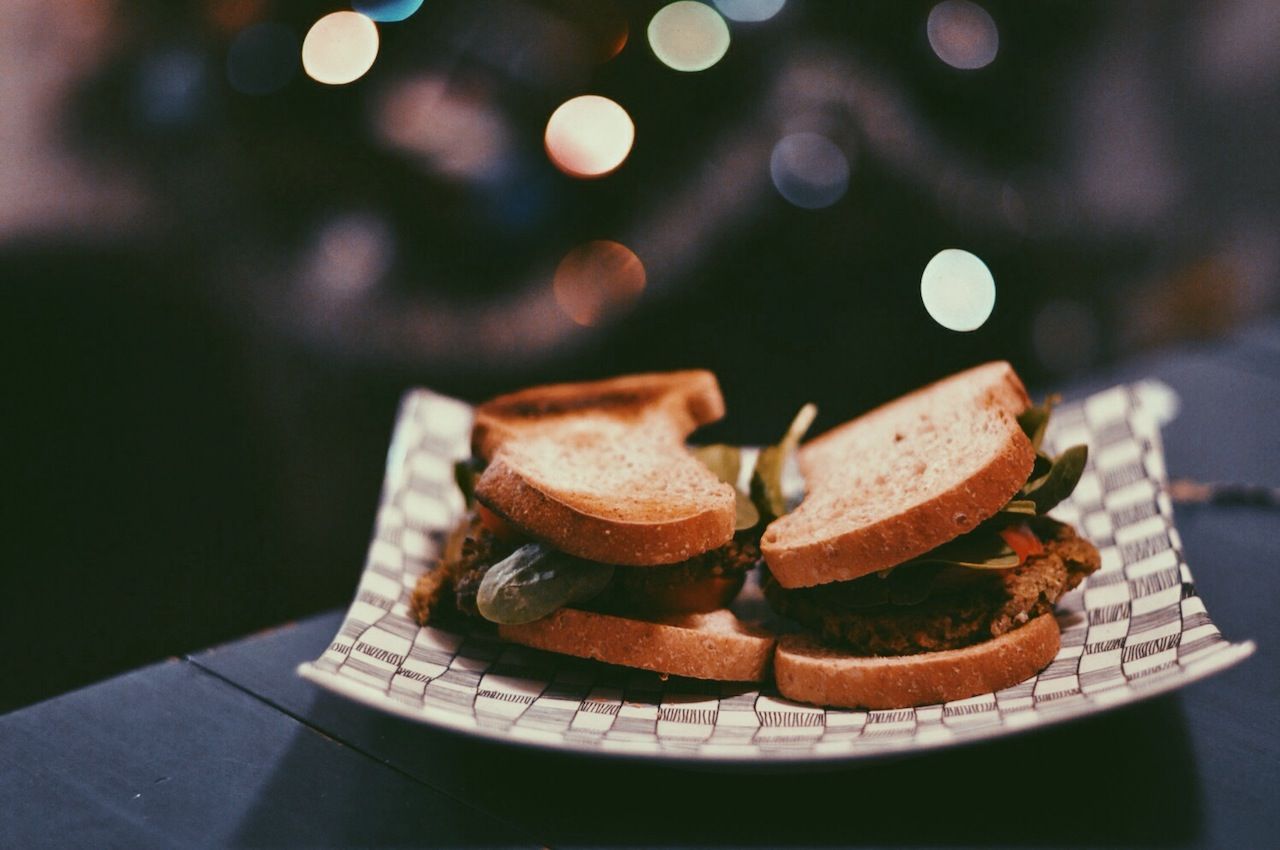 Street Food Festival — A few times a year, a former silk factory fills with delicious barbecue smells and throngs of chewing, slurping people. Street Food Festival was one of the first events held at Art-Zavod Platforma, a repurposed industrial space on the outskirts of Kiev. Now the festival is massively popular, so be there early to get the best selection of grub and snatch a lounge chair on the lawn.

When: Select dates throughout the year 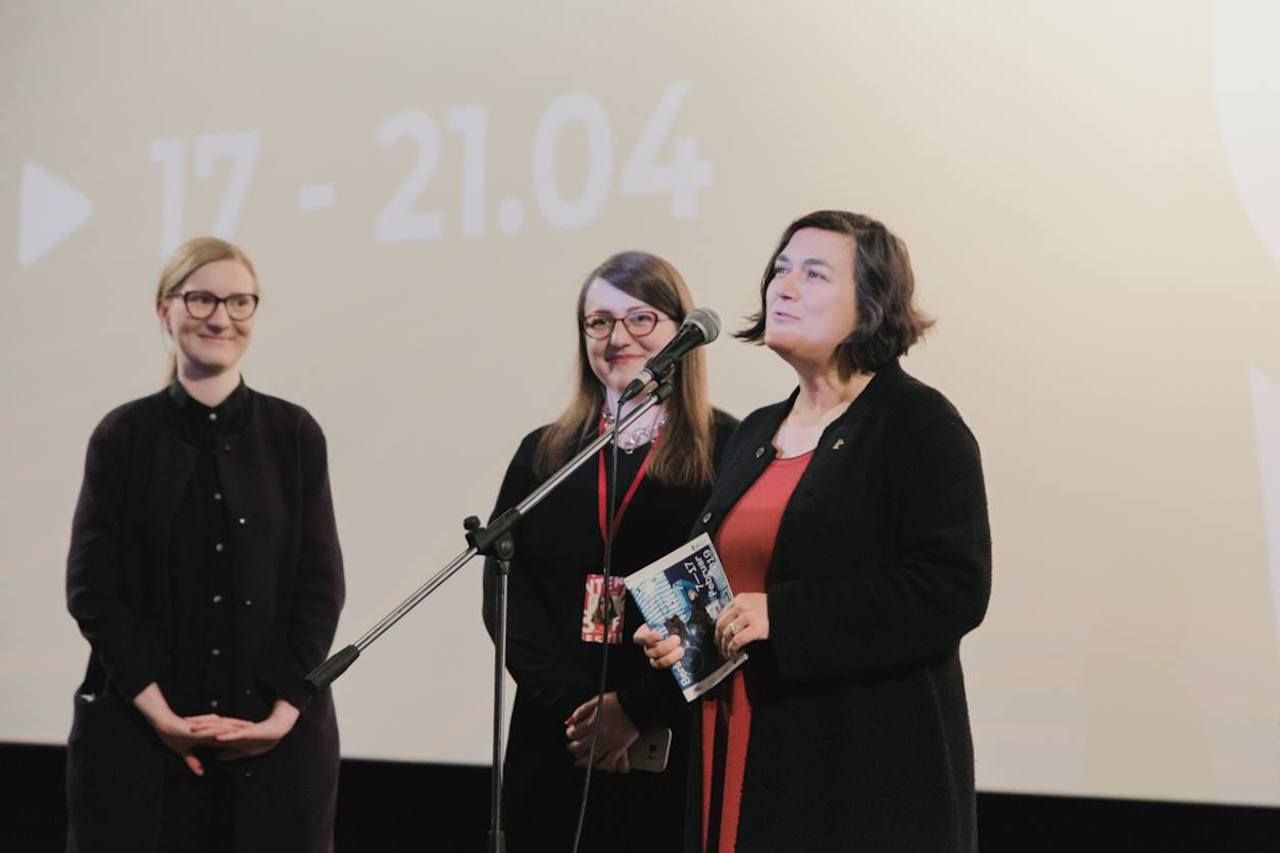 Kyiv International Short Film Festival — This indie festival has been promoting short film art since 2012 and features work by filmmakers from Ukraine and beyond. The lineup includes a variety of genres from dramas and documentaries to animations and comedies, with a separate nomination for Ukrainian cinema. All films come with English subtitles, so you should have no trouble understanding. 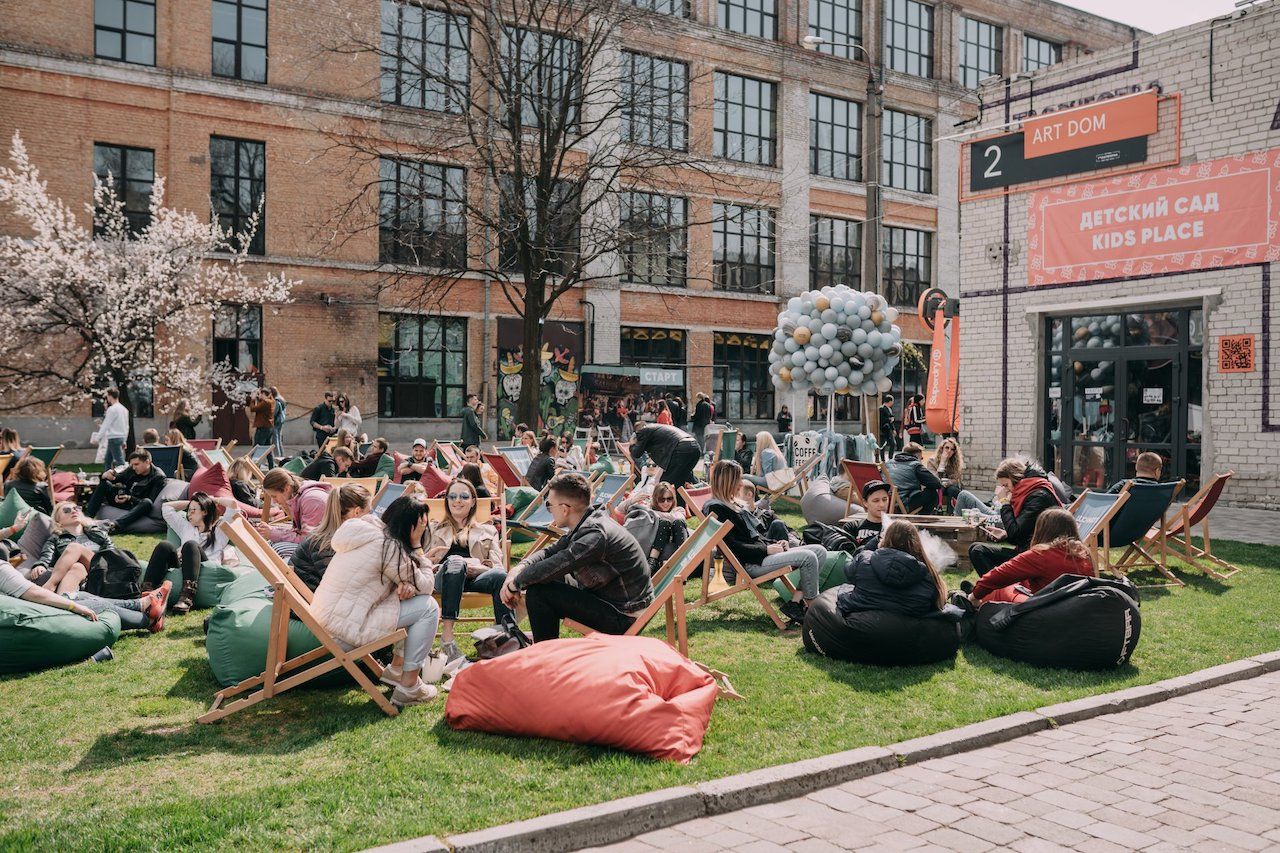 Kyiv Coffee Festival — In a city as obsessed with coffee as Kiev, it was only a matter of time until someone organized a coffee festival. The team behind it is the same that started the Street Food Festival, and it’s held at the same venue, Art-Zavod Platforma.

If you’re seriously into the coffee culture, you can enjoy a free tasting, geek out over beans, or watch a latte art contest (yes, it’s a thing). If you simply like a good cup of joe, you can get it from one of the coffee shops present at the festival. The many vendors of brownies, cheesecakes, and macaroons will cater to your sweet tooth. 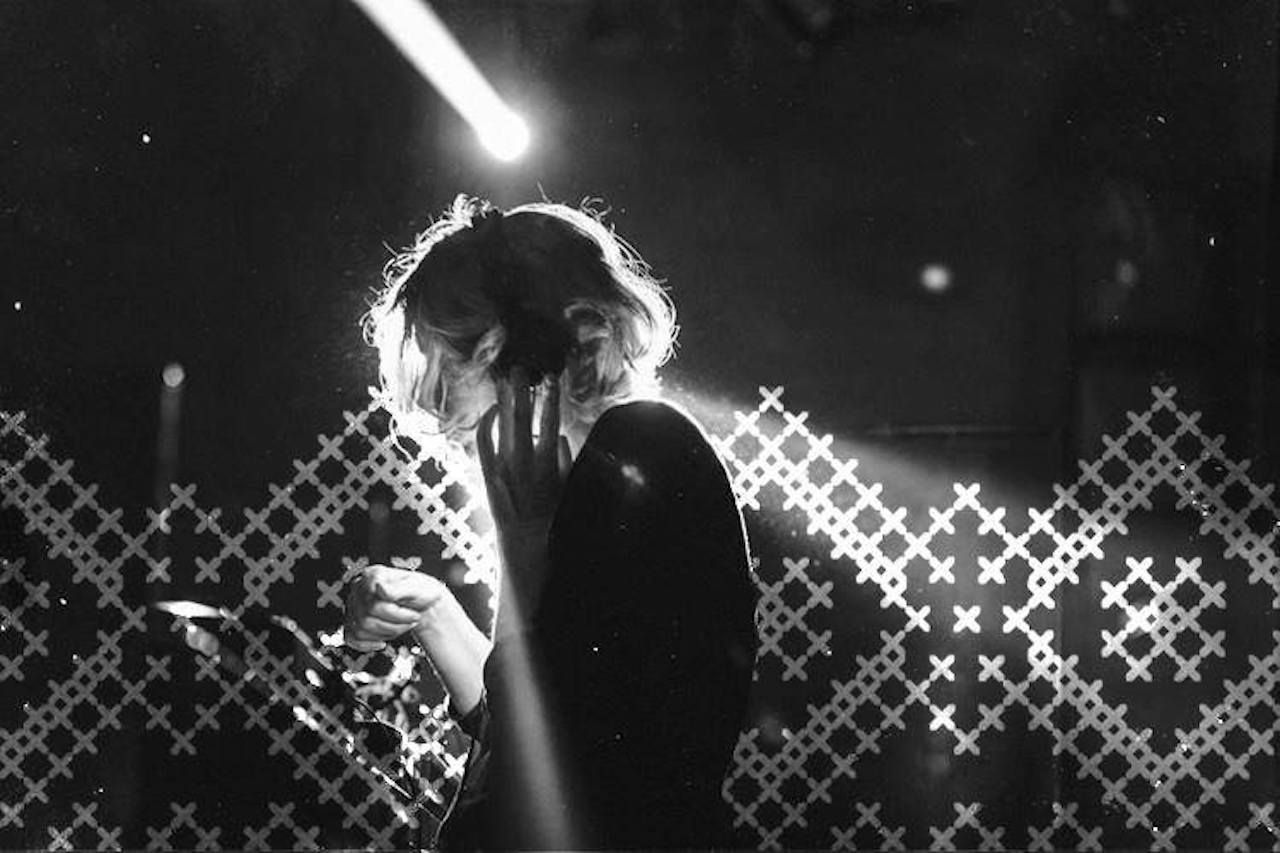 Strichka Festival — Kiev is gaining a reputation on the techno music scene, and many Berlin DJs will recognize its underground club Closer. Every May Closer hosts an electronic music festival called Strichka, or “ribbon,” named after the ribbon factory that still owns the grounds. But don’t confuse Strichka with your average EDM festival: It has a rave-y vibe and a gourmet lineup of DJs. And while techno is not for everyone, it’s part of the fabric of modern Kiev, so keep an open mind and you’ll have a lot of fun.